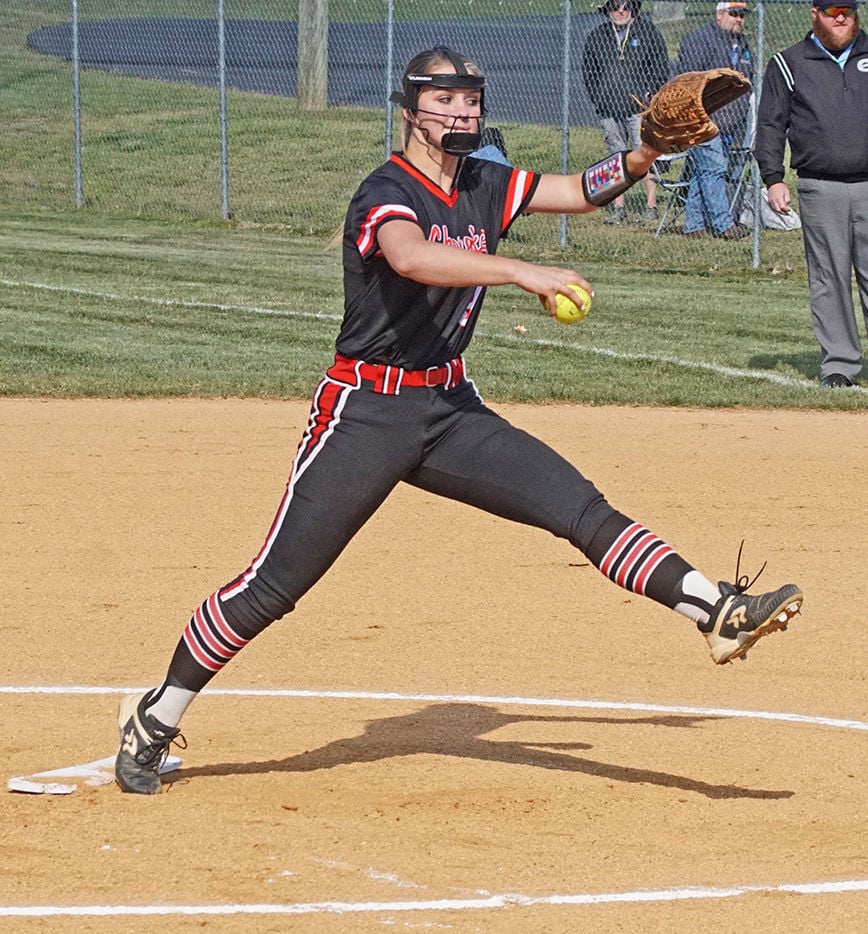 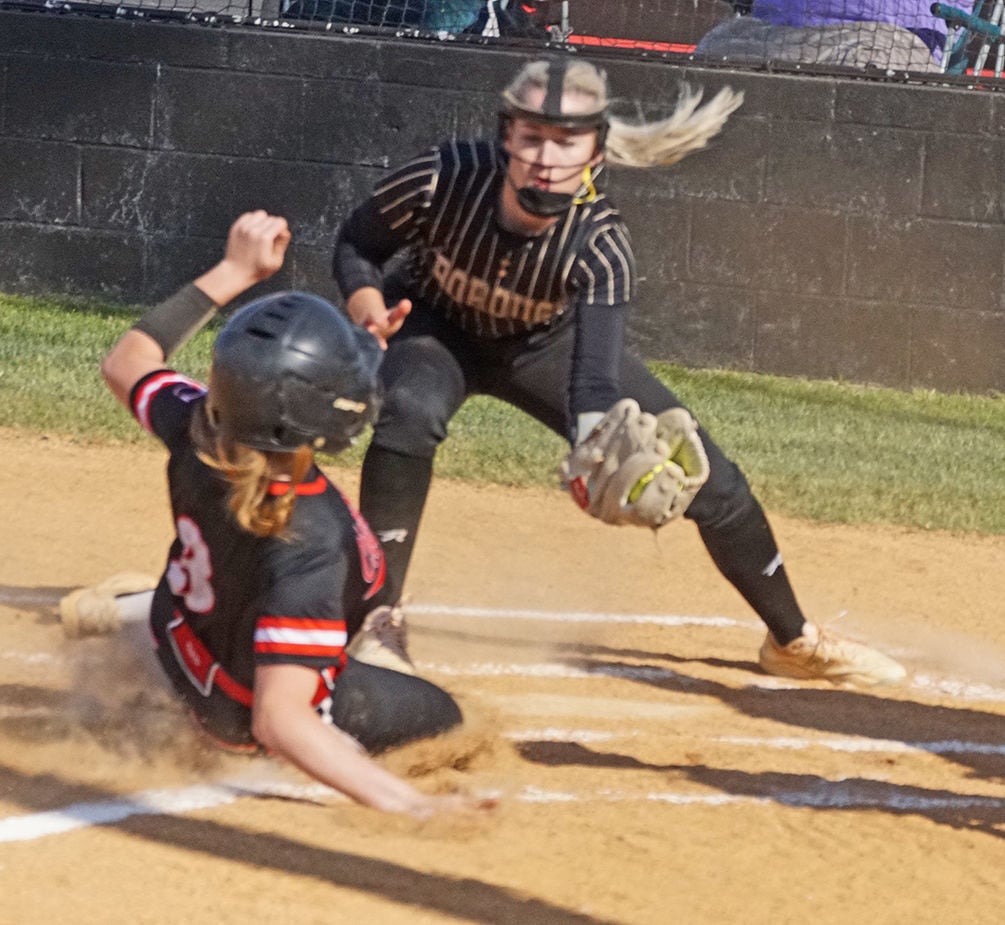 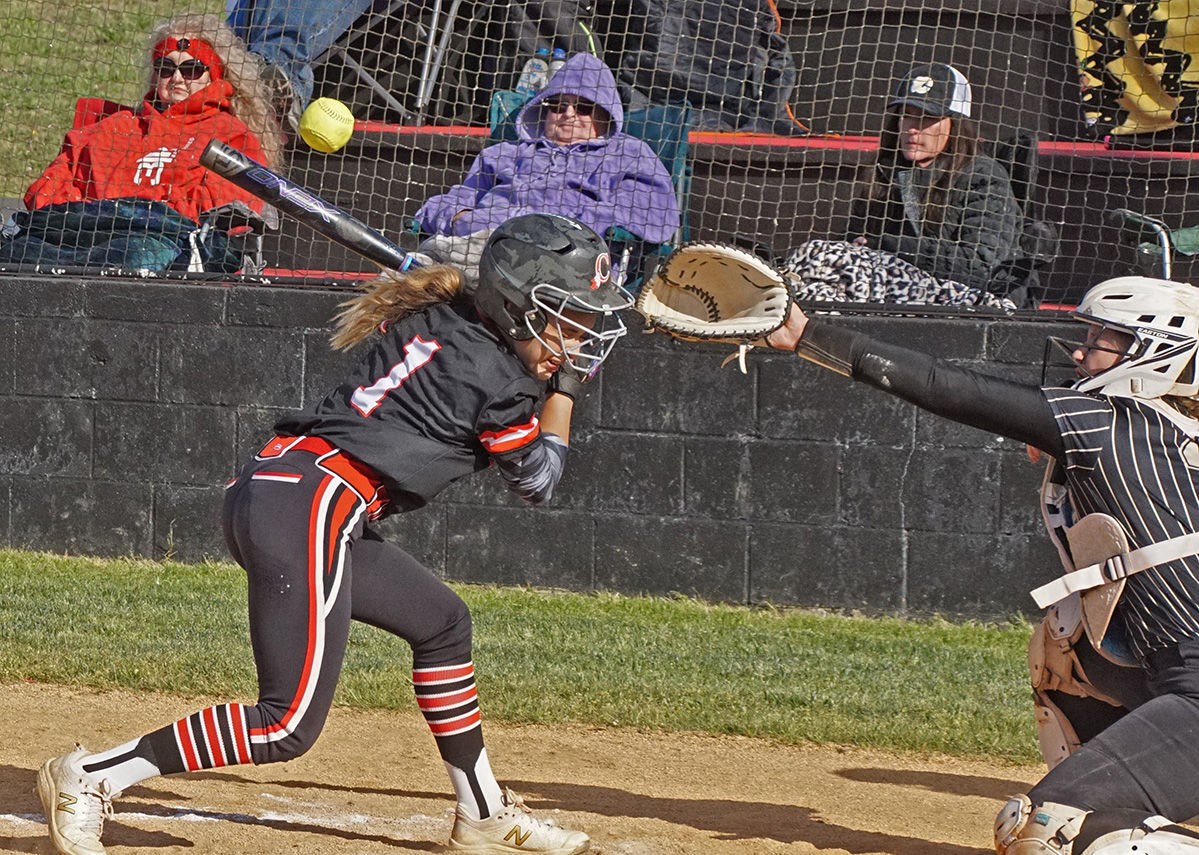 Meredith Owen is hit by a pitch Thursday against David Crockett. 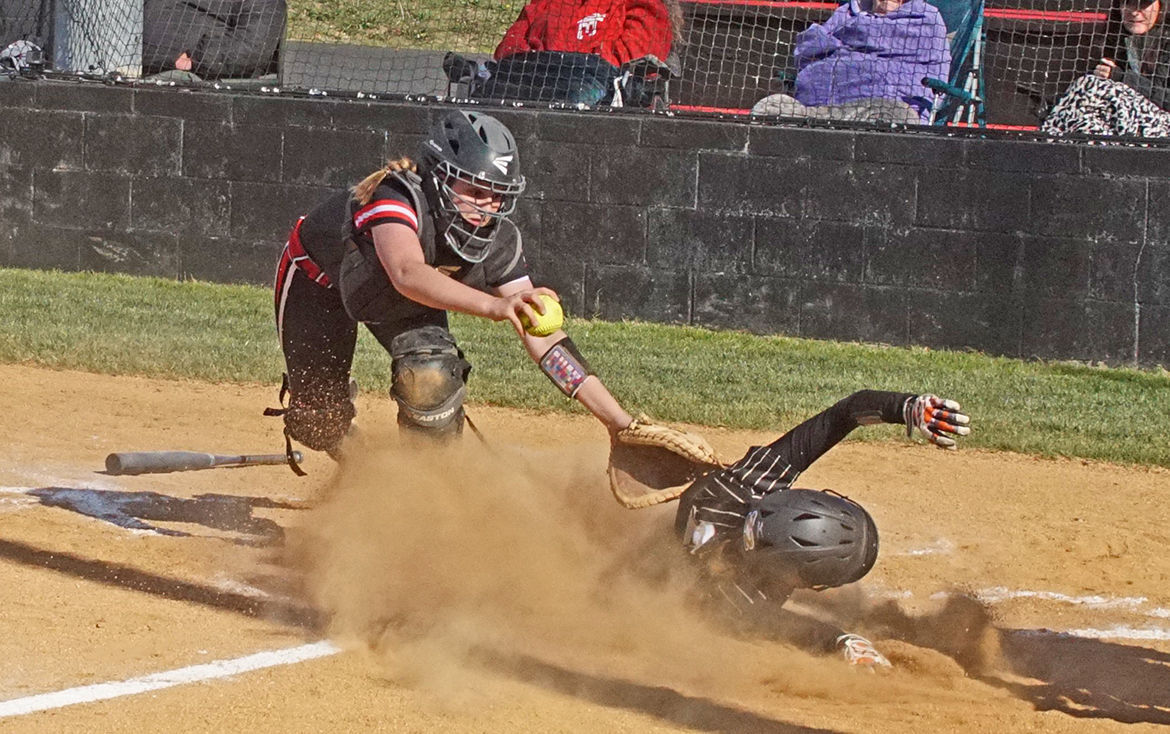 Cherokee catcher Hannah Bates attempts to tag out Crockett base runner at home. 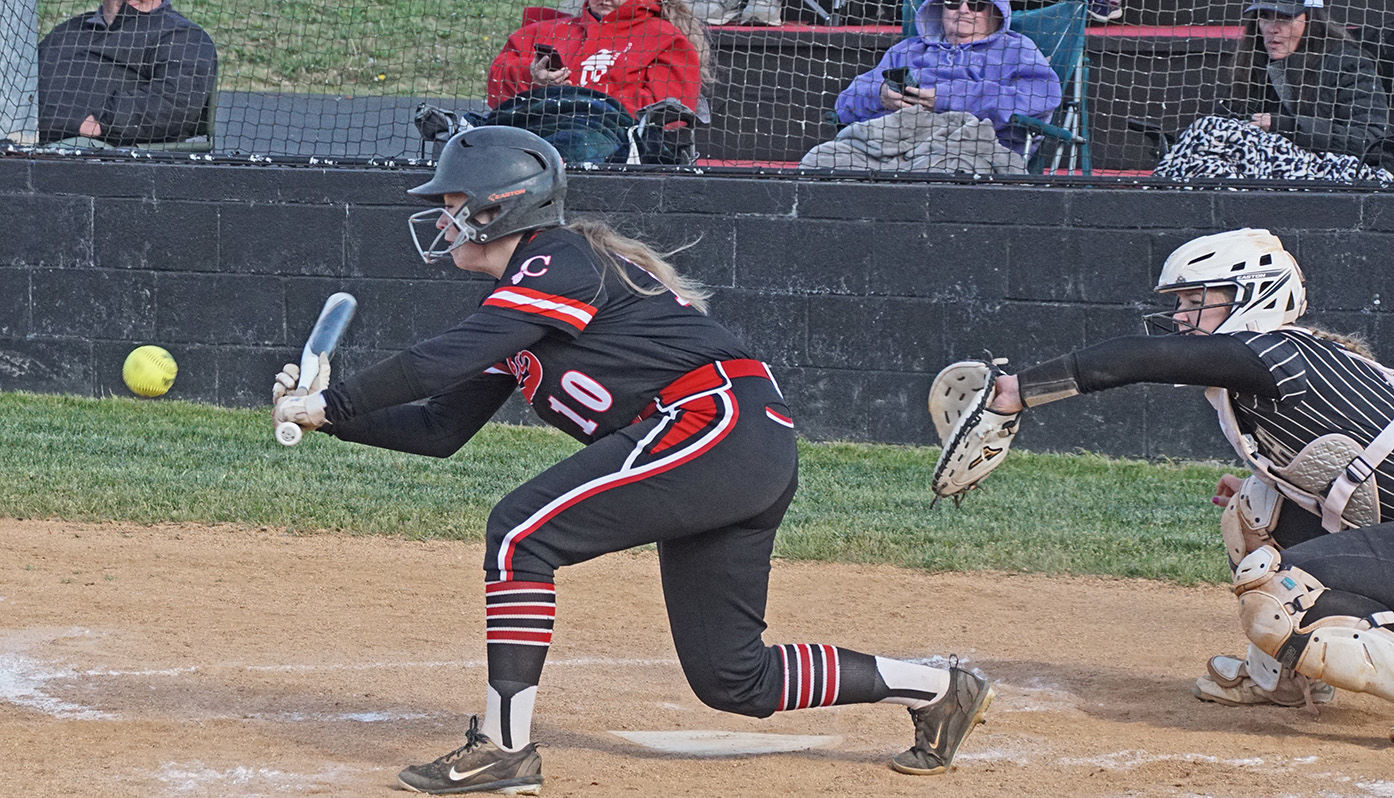 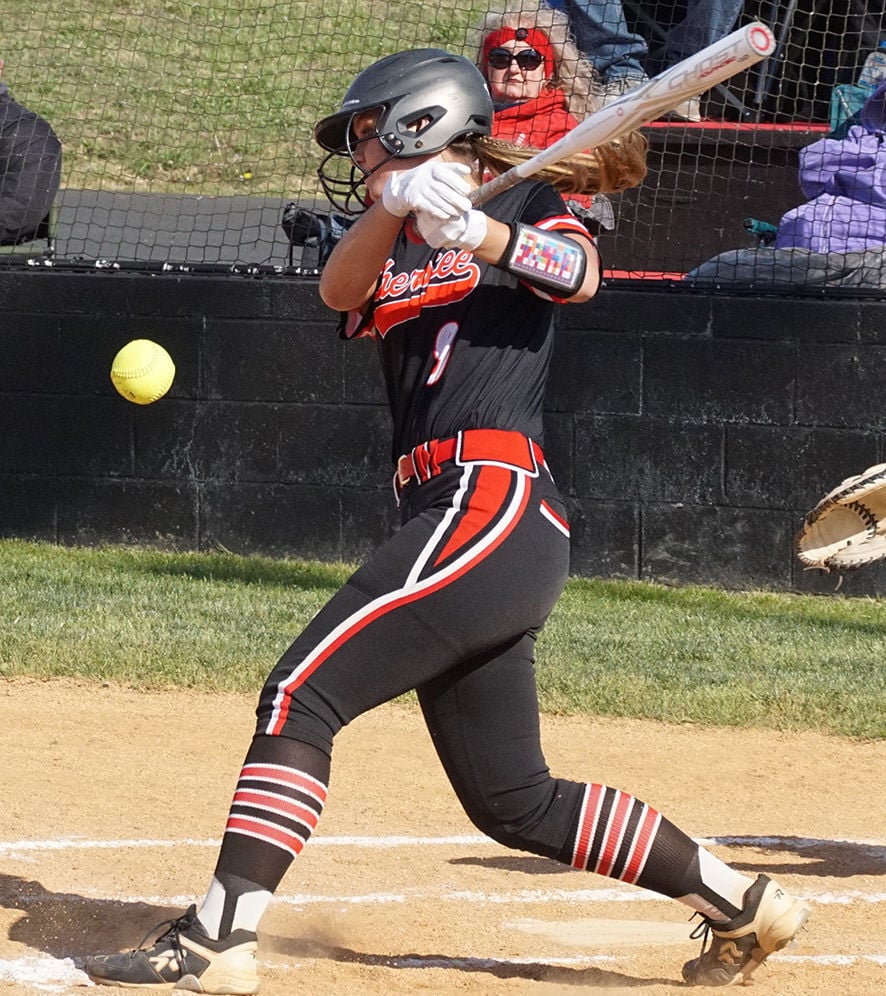 Meredith Owen is hit by a pitch Thursday against David Crockett.

Cherokee catcher Hannah Bates attempts to tag out Crockett base runner at home.

ROGERSVILLE – The David Crockett Lady Pioneers scored six runs in the final two innings to withstand a four-run, Cherokee sixth inning in an 8-4 victory on Thursday at Cherokee.

David Crockett, 27-4 after weekend play, opened up the scoring in the first inning, when Ashlyn Dulaney hit a solo homer.

The Lady Pioneers added another run in the second on a single by Sydney Hodges.

Riley Hope had a homer to lead off the sixth inning. Kennedy Broyles then singled and scored one out later on a single by Matty McKee. A ground-out plated another run to give Crockett a 5-0 lead.

The big inning for Cherokee came in the bottom half, thanks to a single by Meredith Owen, a home run by Hannah Bates, an error on a ball put in play by Bailee Hamilton, and a double by Gema Brooks.

David Crockett notched three runs in the seventh inning. Broyles had an RBI double in the inning to lead the run scoring.

McKee earned the victory on the rubber for the Lady Pioneers. The pitcher lasted five and two-thirds innings, allowing six hits and four runs while striking out five and walking one. Cara Wilson threw one and one-third innings in relief out of the bullpen. Wilson recorded the last four outs to earn the save for David Crockett.

Madison Jones took the loss for Cherokee. The pitcher allowed 13 hits and eight runs over seven innings, striking out three.

Alyssa Suits, Hodges, Broyles, McKee, and Hope all managed multiple hits for David Crockett. Suits went 3-for-4 at the plate to lead the Lady Pioneers.

Cherokee was sure-handed in the field and didn’t commit a single error. Hamilton had the most chances in the field with seven.

Over the weekend, Cherokee’s Meredith Owen and Audrey Mowell were scholarship recipients at the Annual Tiny Day/Red Edmonds Softball Tournament in Greeneville.