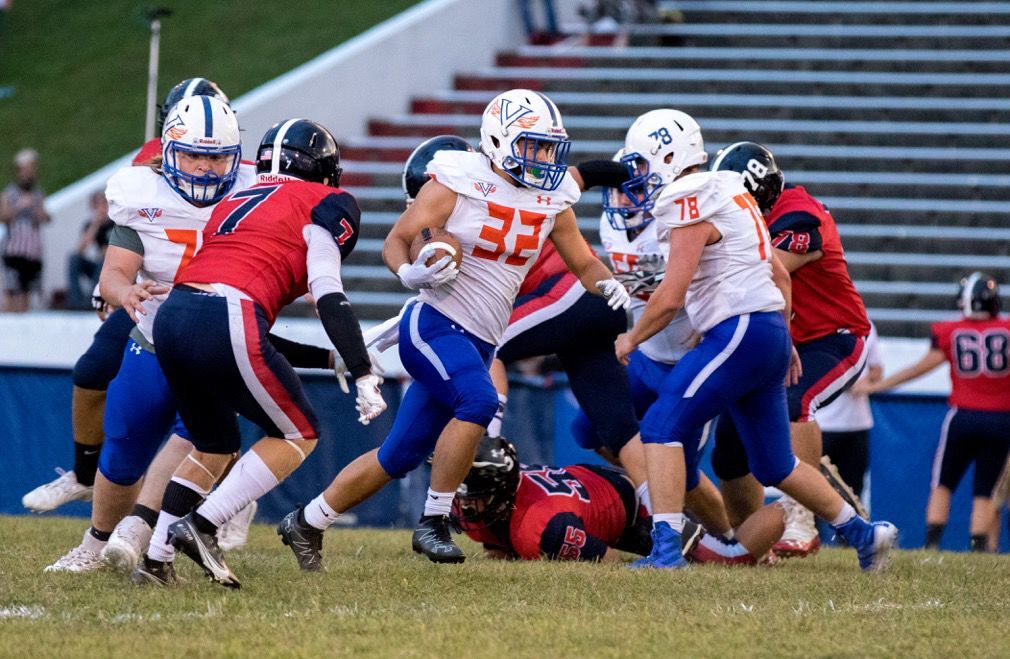 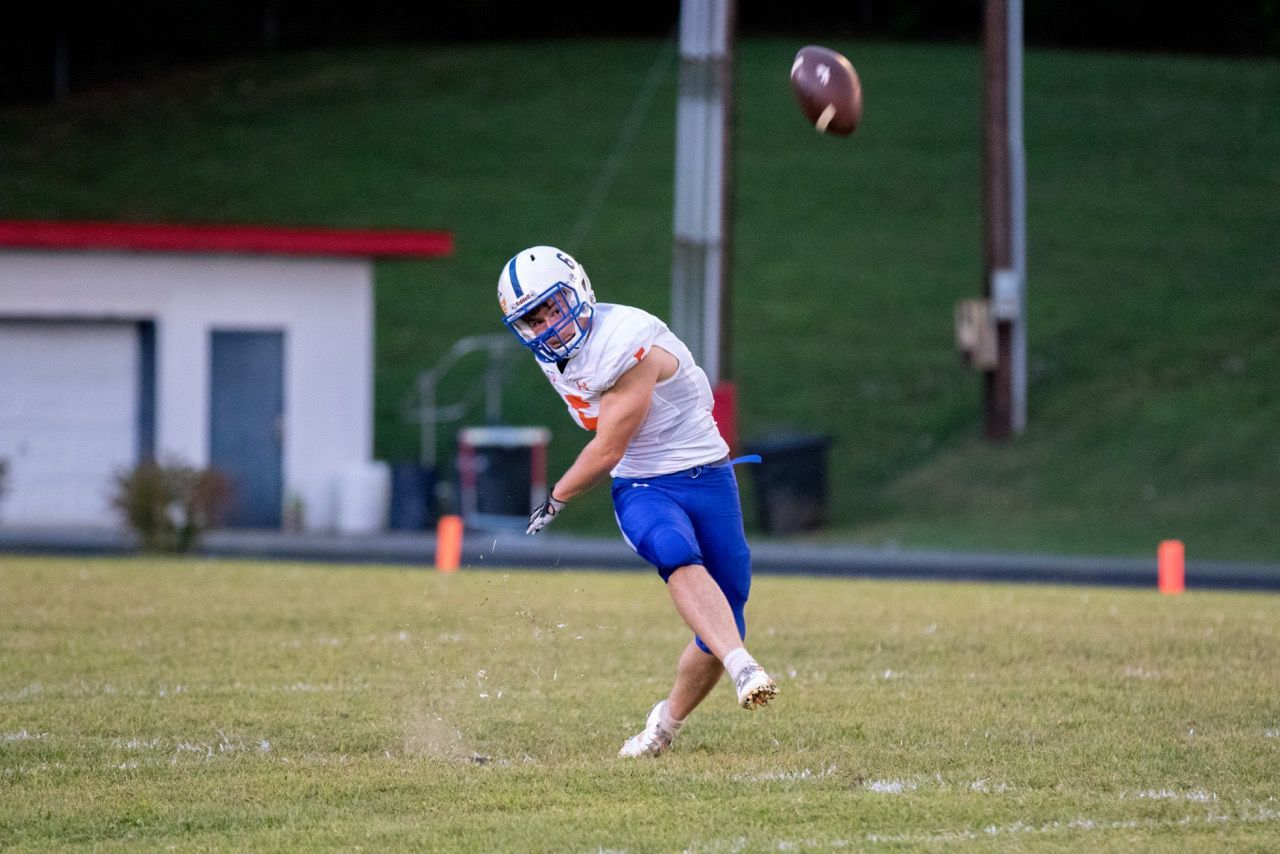 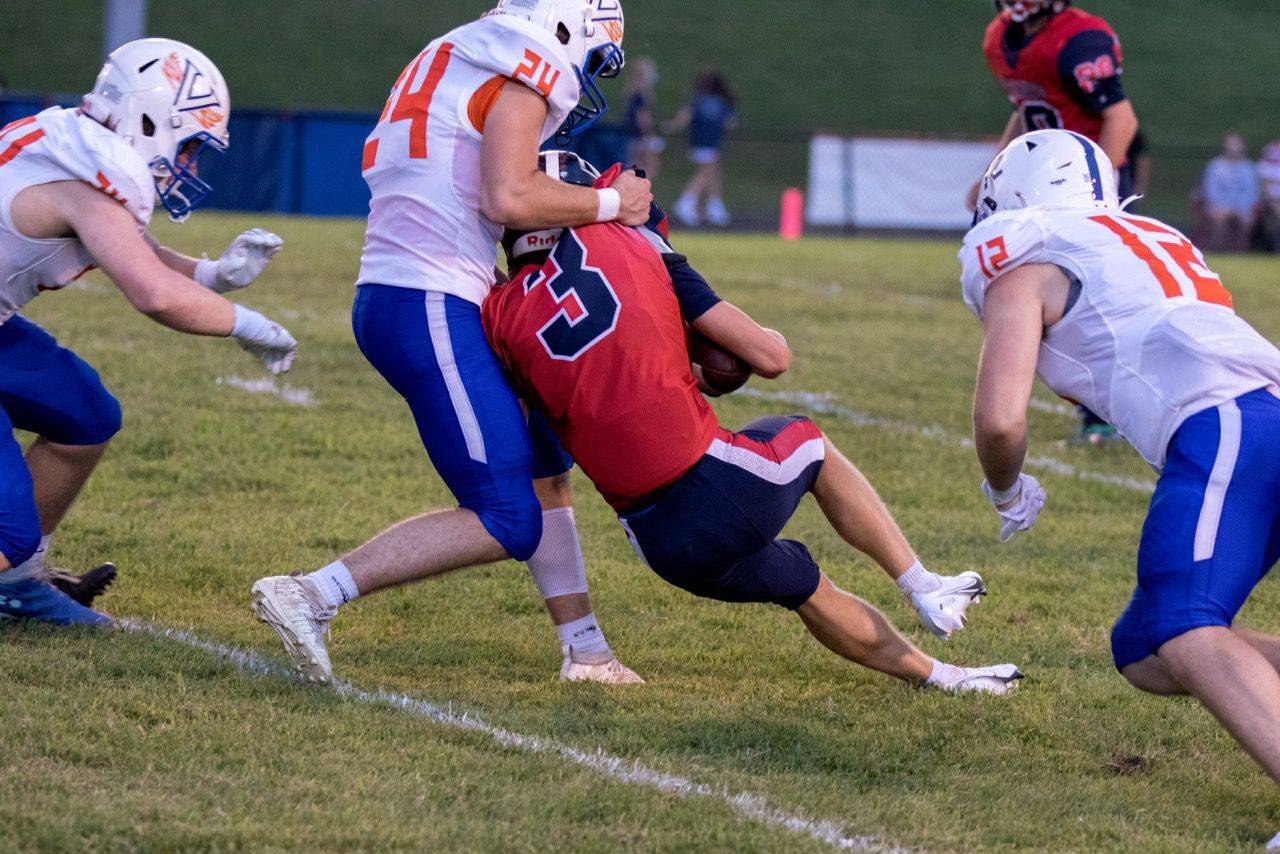 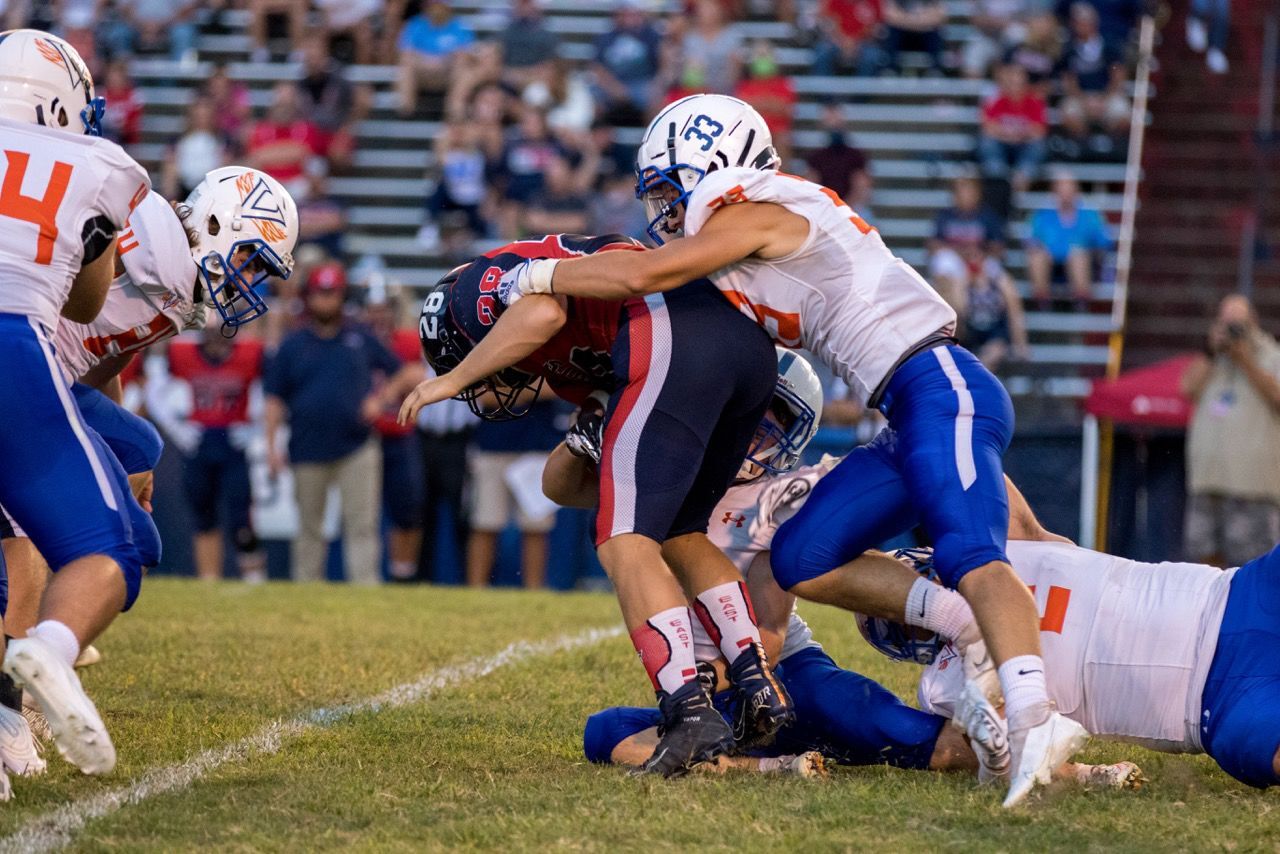 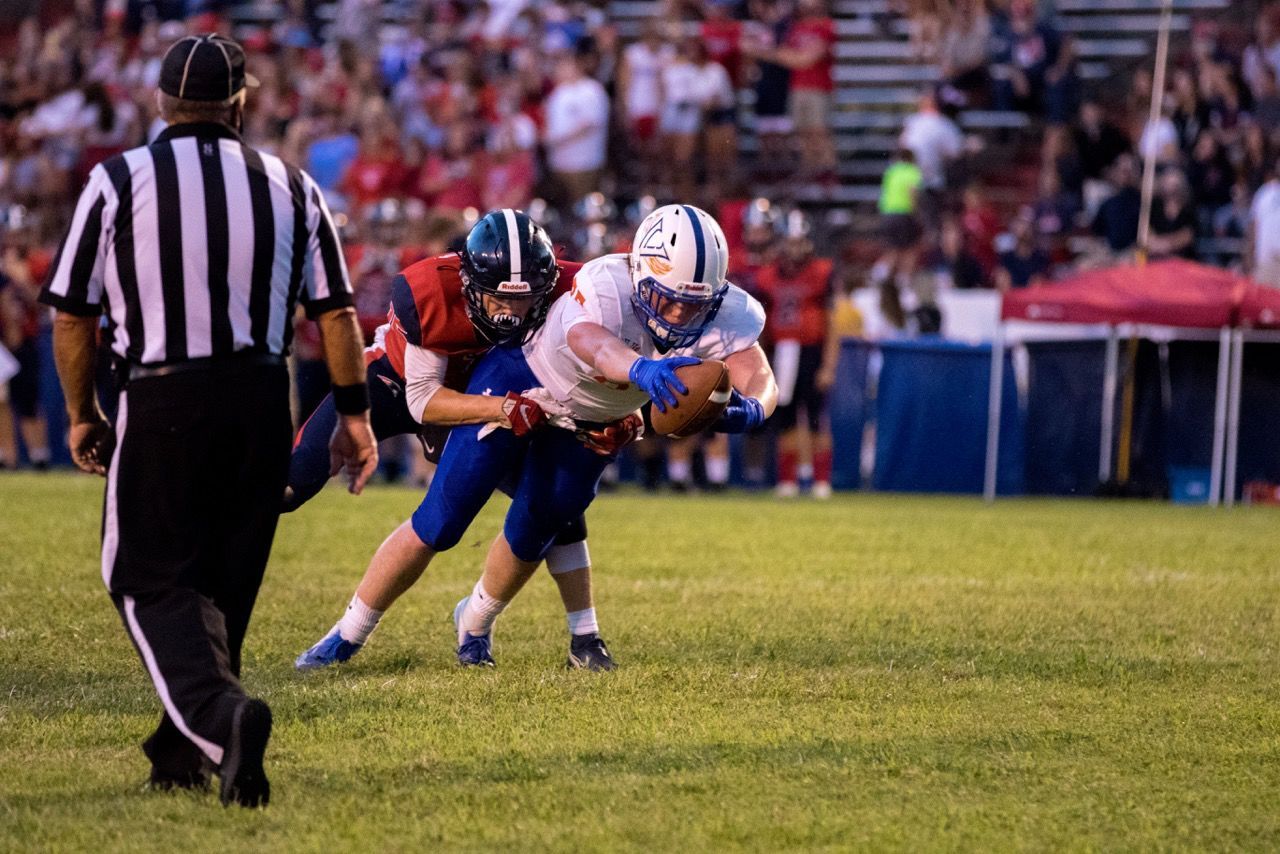 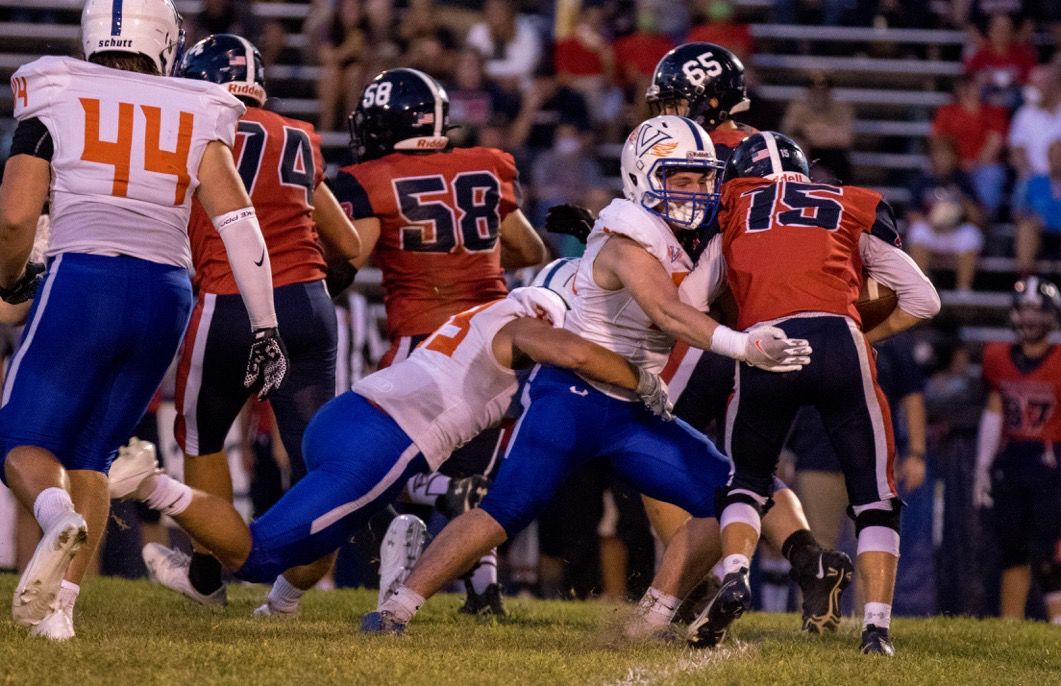 Sullivan East’s Hunter Brown (15) is wrapped up by Volunteer defense. 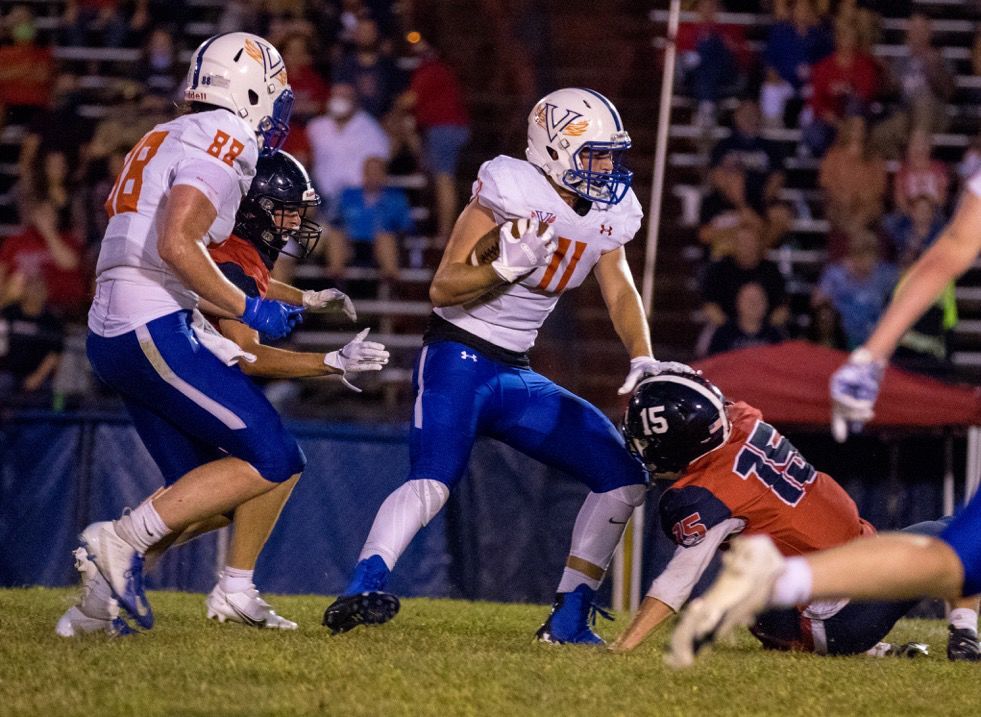 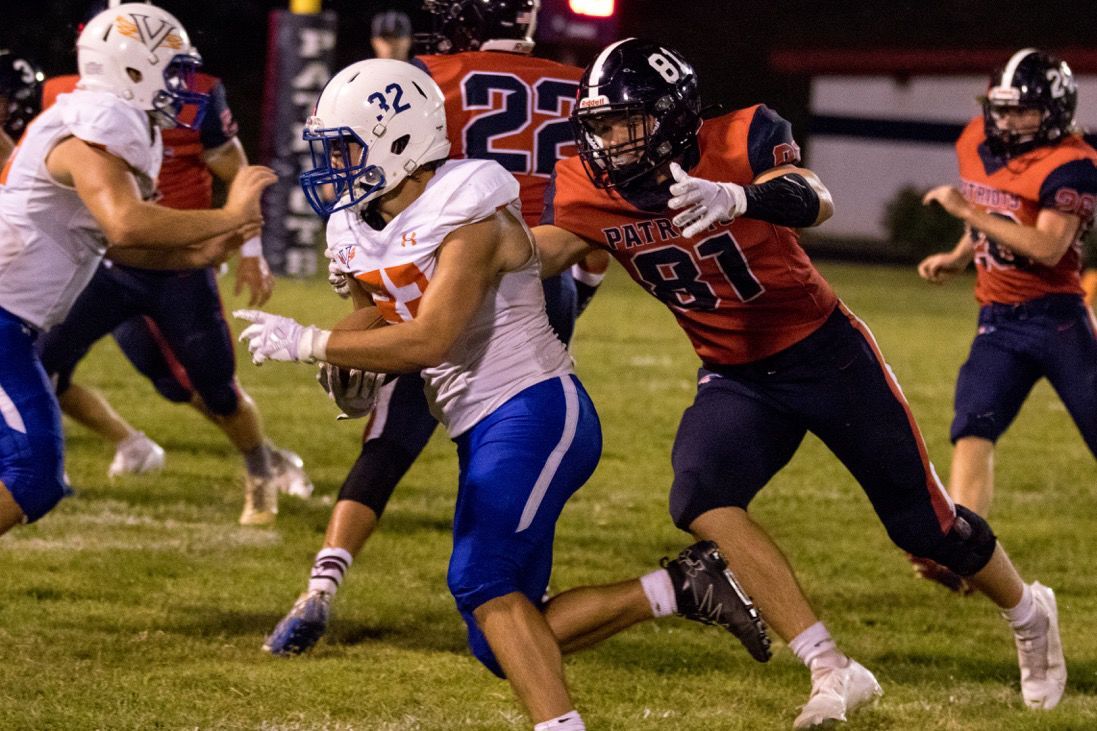 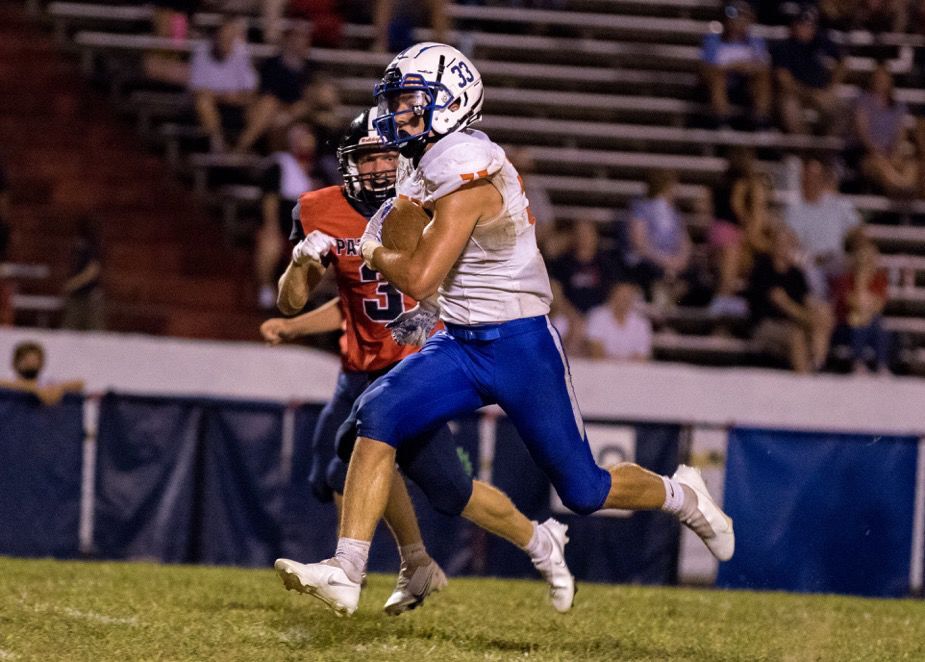 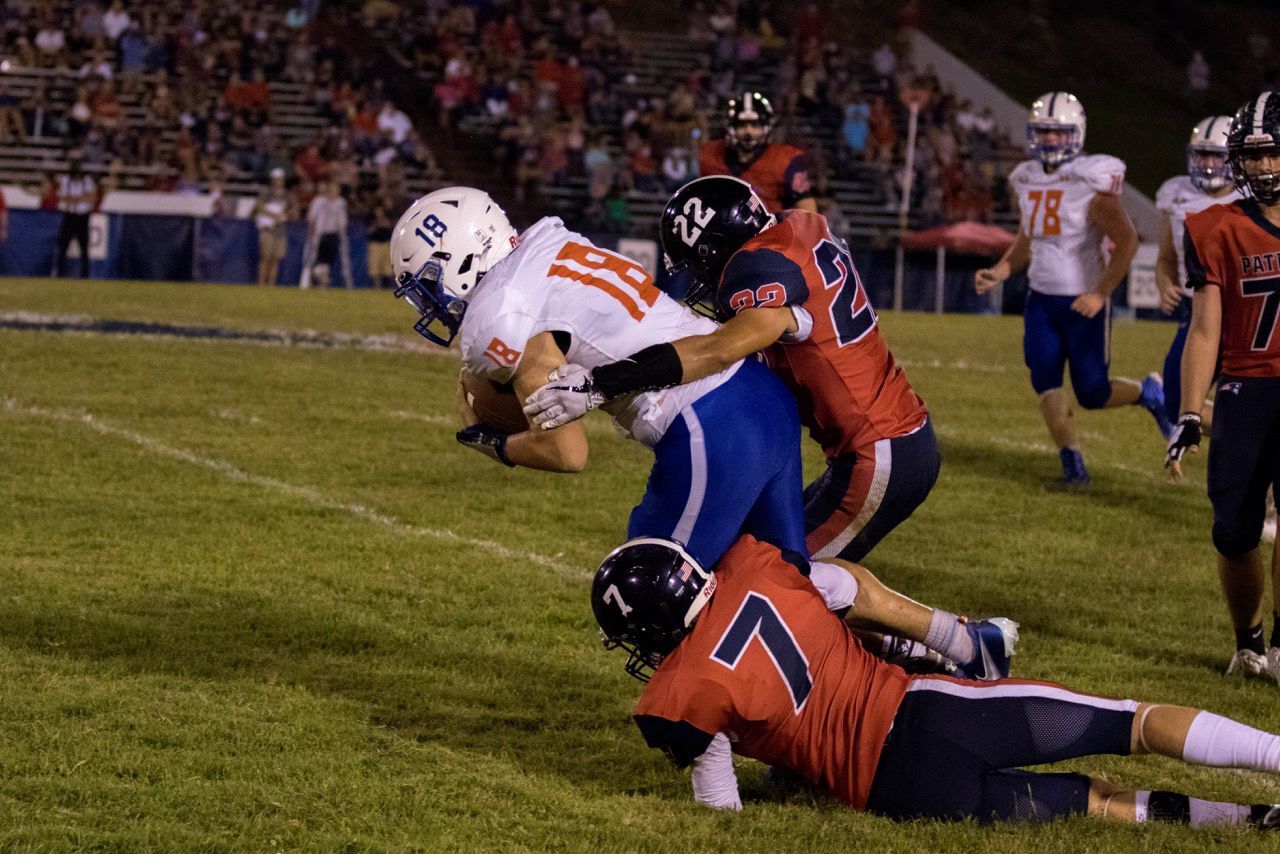 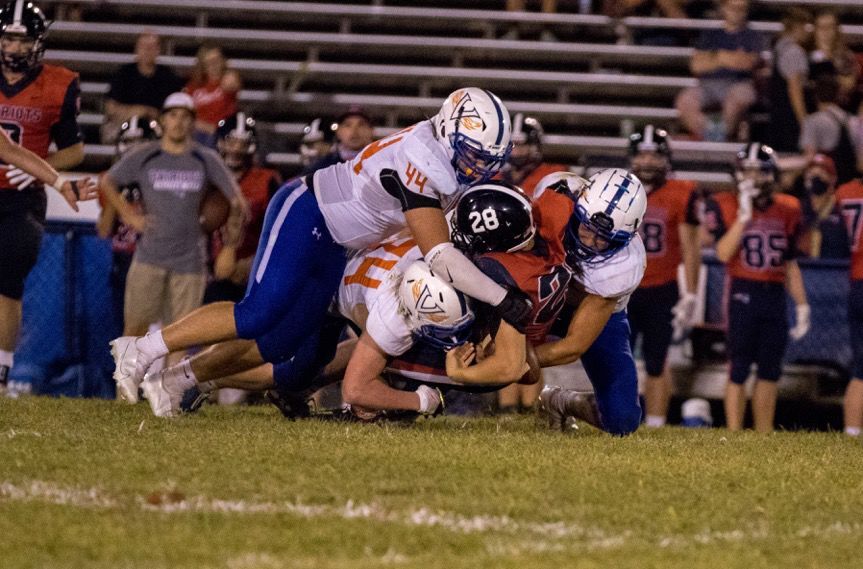 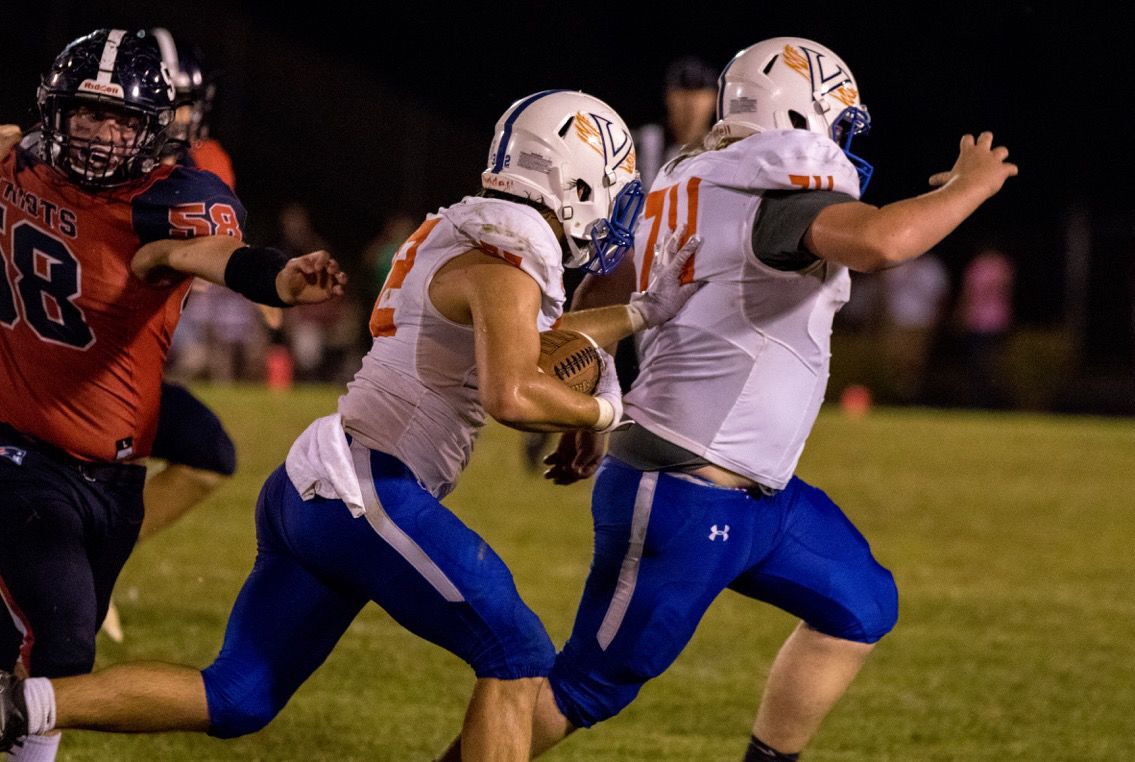 Sullivan East’s Hunter Brown (15) is wrapped up by Volunteer defense.

BLUFF CITY – There was certainly no looking ahead for Volunteer Friday night.

Prepping for its annual Battle of Hawkins County Showdown with Cherokee next week, the Falcons earned their first win of the season on the sturdy legs of Cameron Johnson and the accurate arm of Garrison Barrett.

Johnson rushed for a career-high 260 yards and four touchdowns while Barrett was good on 10-of-12 tosses for 168 yards and another score in a 55-13 smashing of host Sullivan East.

The win was also the initial victory for first-year head coach Jesse McMillan.

“It just sort of snowballed for us. It’s a great way to get your first win,” said McMillan.

Johnson rushed for three touchdowns of 32, 24 and 42 yards in the first quarter and another from 30 yards away just before halftime as the Falcons sprinted to a comfortable 46-13 intermission cushion.

Johnson said all credit was due to the Volunteer offensive line of Braden Allen, Aaron Cobb, Nathaniel Dixon, Cole Pennington and Dylan Wilmoth.

“They did an amazing job tonight and I’m just proud we got a win tonight,” Johnson said. “We were cheering each other on and we got it together tonight.”

Barrett’s touchdown down went to Caleb Scott from five yards away in the first quarter.

It was back to the ground in the second quarter with Riley Littleton producing touchdown runs of 8 and 24 yards.

Both of Sullivan East’s two scores came in the first stanza via touchdown passes by Ethan Bradford. Bradford found Hunter Brown from 15-yards out and Luke Harr on a 29-yard strike.

The senior completed 14-of-26 passes for 192 yards and the two scores, but the Patriots found few scoring opportunities in the final three quarters.

“Hats off to Volunteer. That’s a heck of a ball club and they just came out here and stuck it to us,” said East coach J.C. Simmons. “We’ve got to get better.”