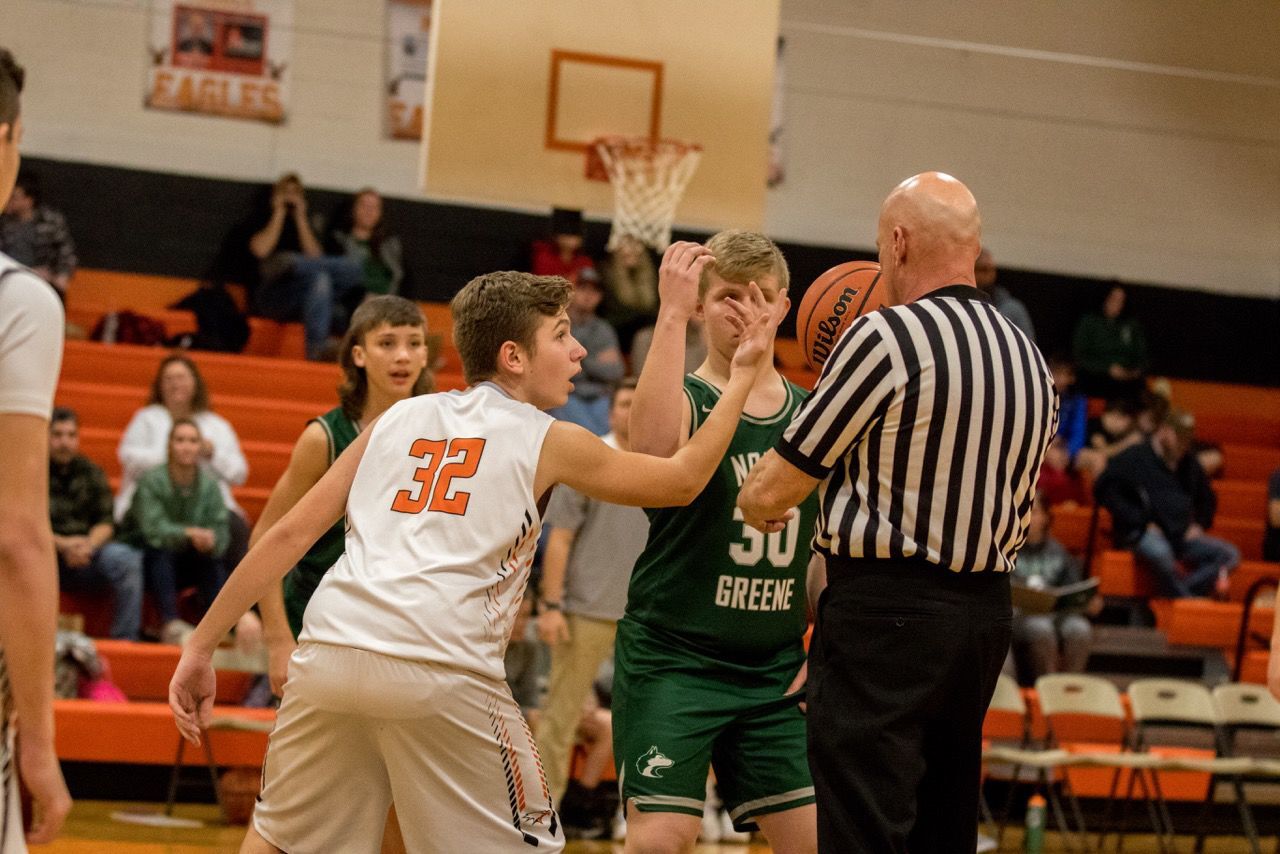 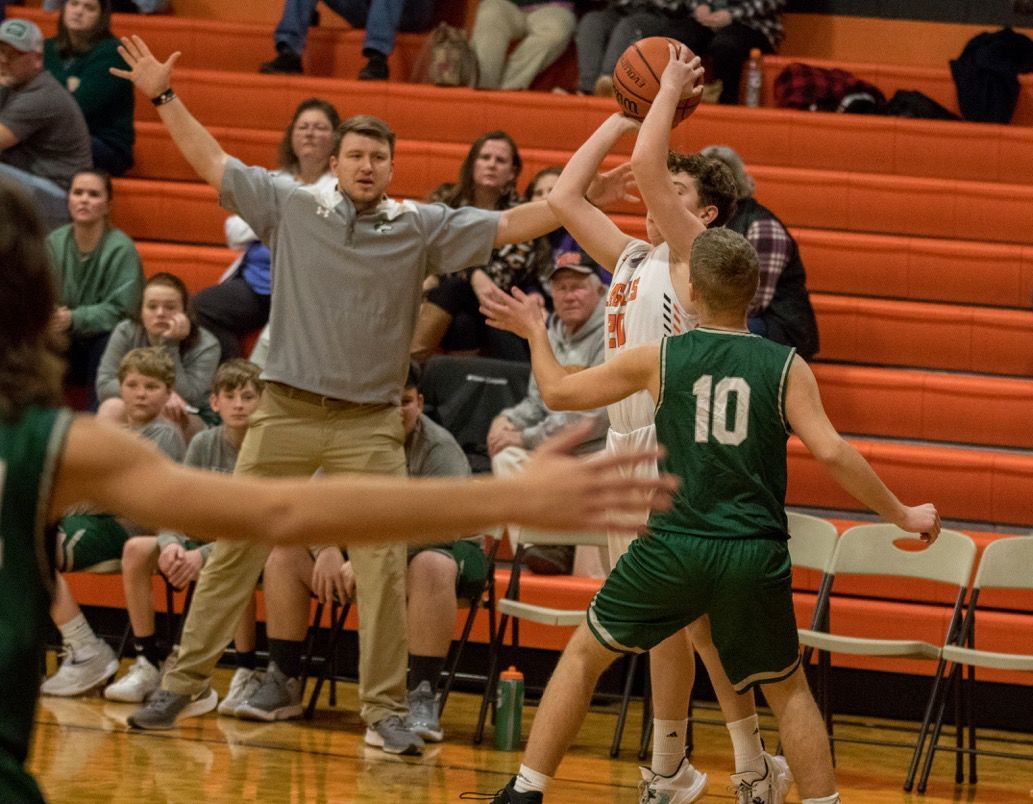 Surgoinsville’s Coleton Bellamy (20) tries to pass out of a jam against North Greene Tuesday. 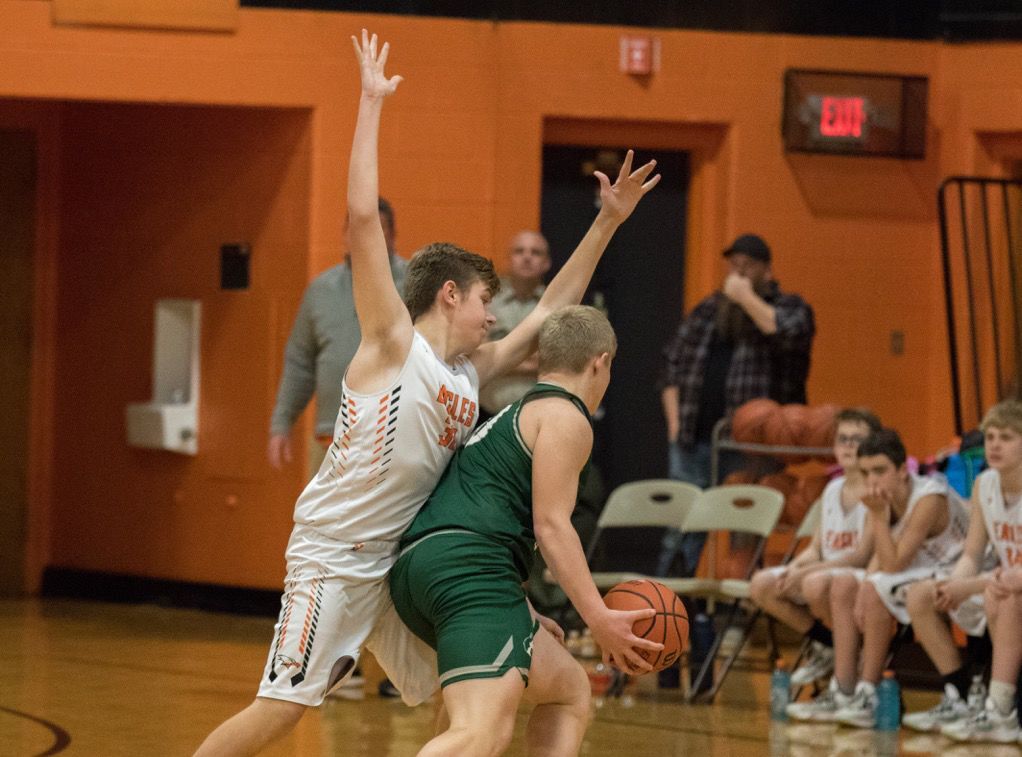 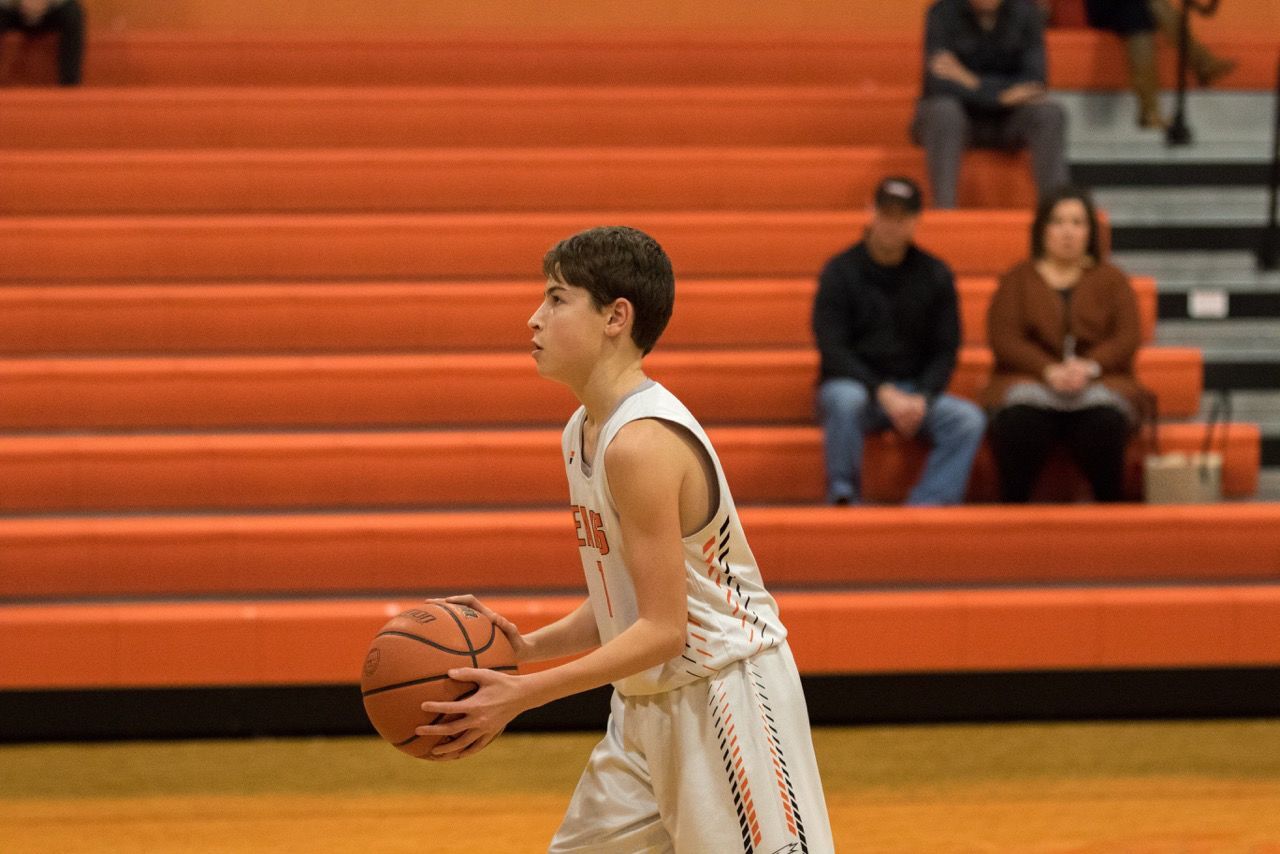 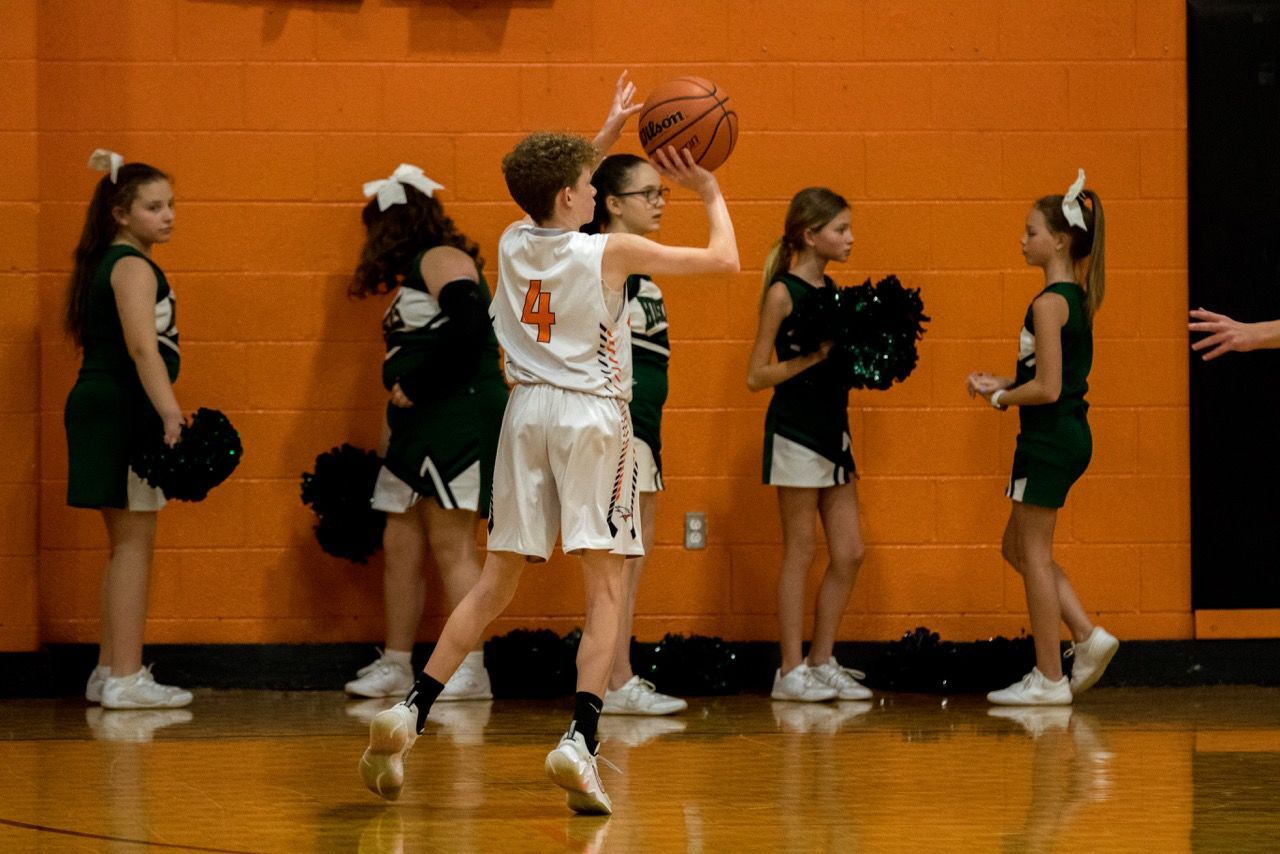 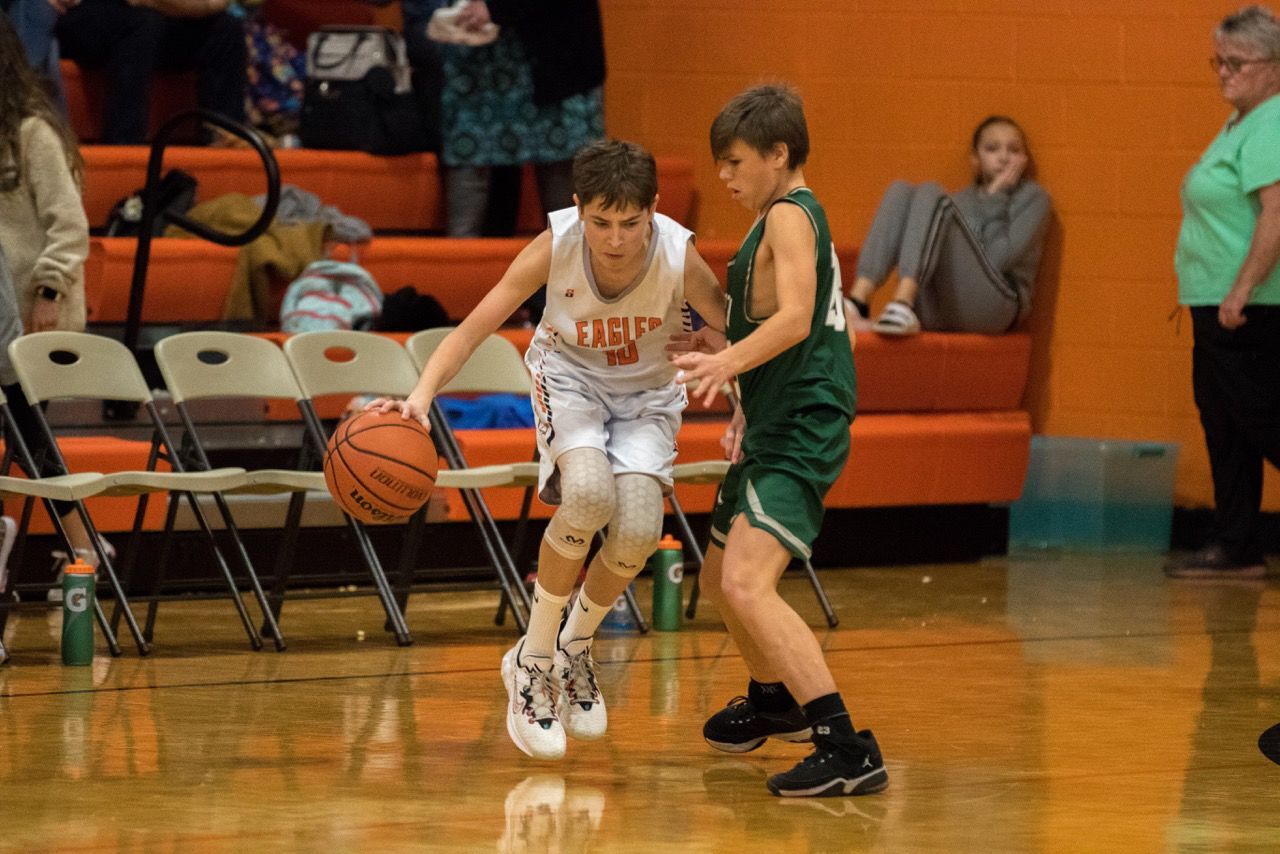 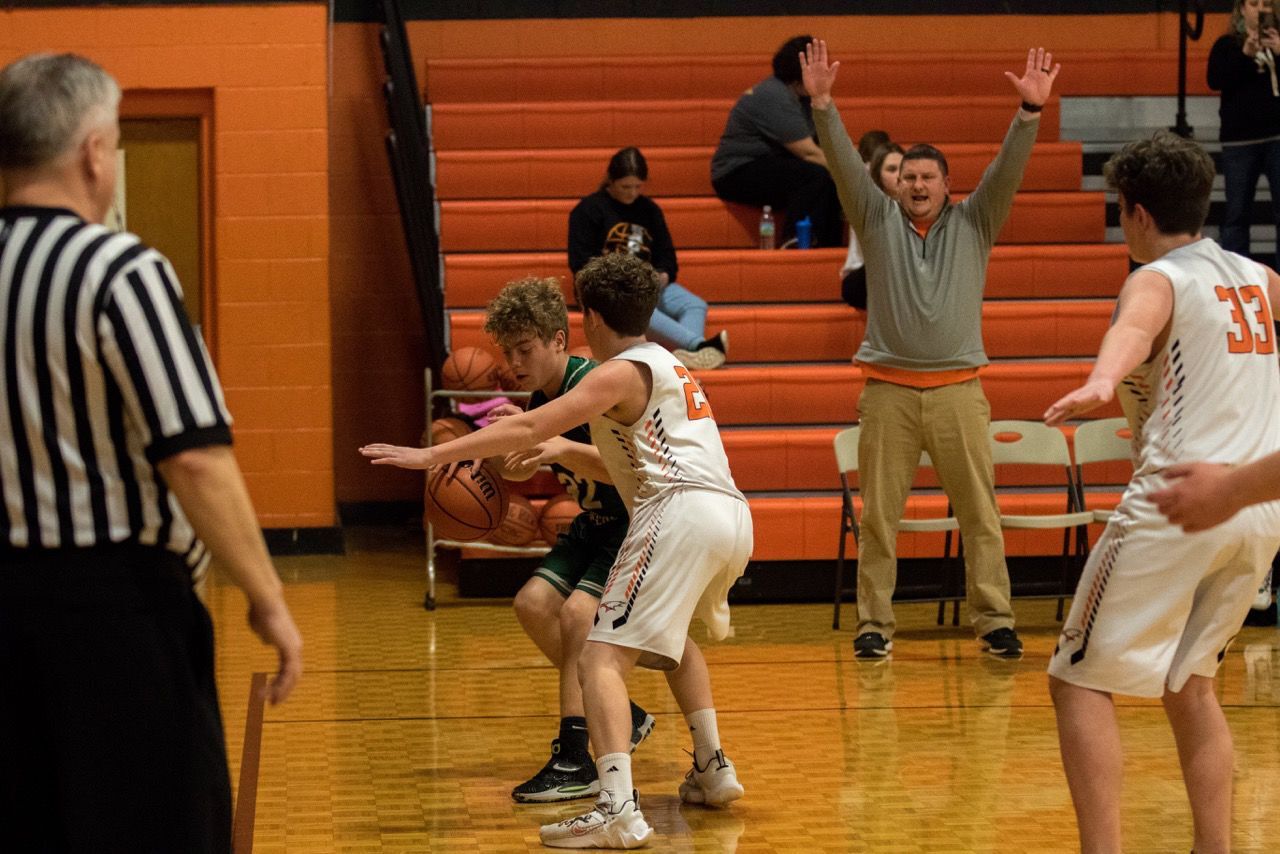 Surgoinsville’s Coleton Bellamy (20) tries to pass out of a jam against North Greene Tuesday.

BULLS GAP – Grant Johnson scored 13 of his game-high 15 in the first half as the Bulldogs jumped on Surgoinsville early and held on for a 42-18 victory Saturday at Bulls Gap School.

A balanced attack in the second half saw the Bulldogs slowly build their lead as they pulled away.

Besides Johnson’s 15, Bulls Gap got seven points from Grayson Hughes and six each from Isaiah Jones and Noah Seals.

Surgoinsville was led by Branson Lafollette and Eamon Ailshie, who each had five points, including a three apiece.