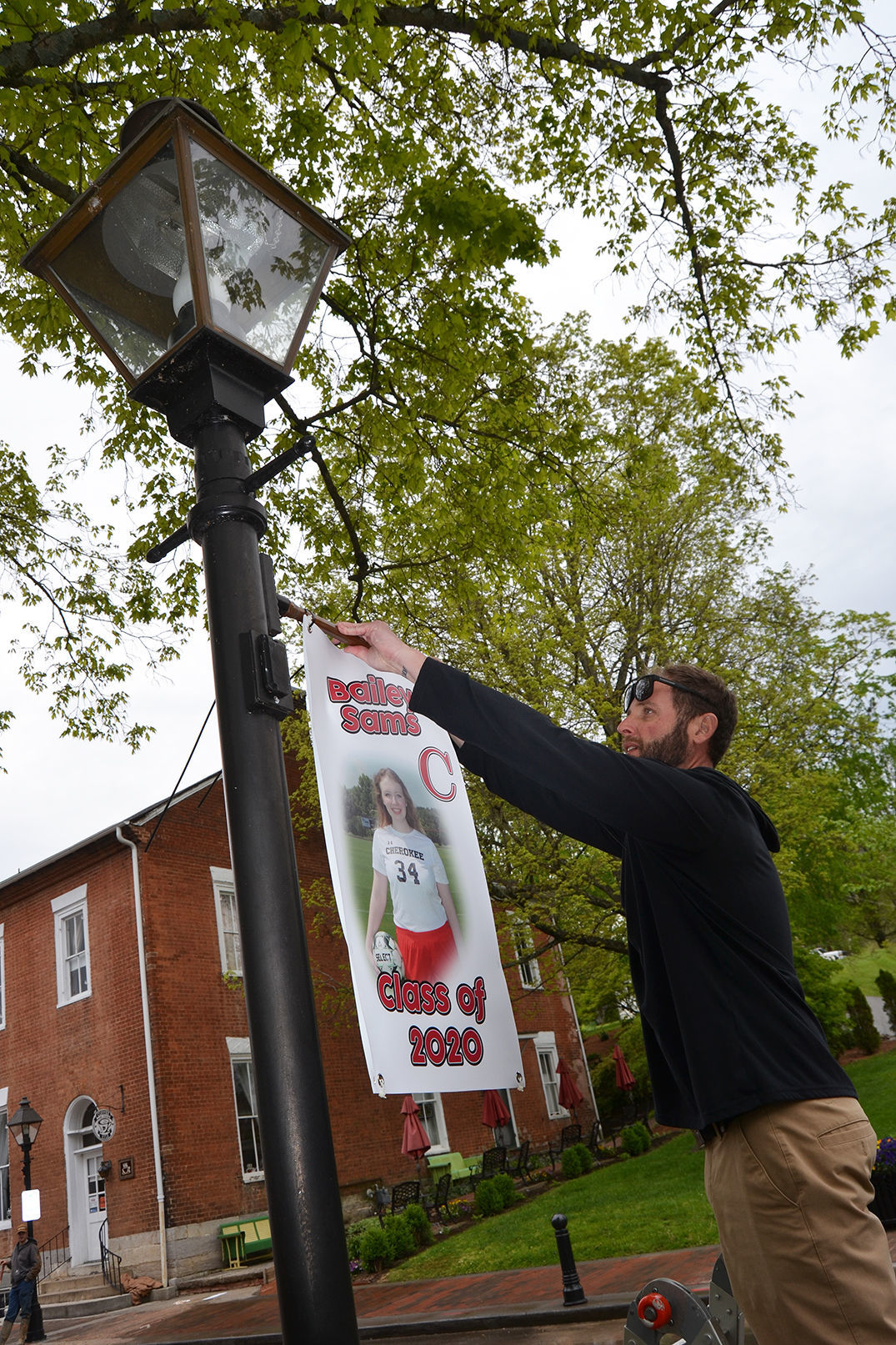 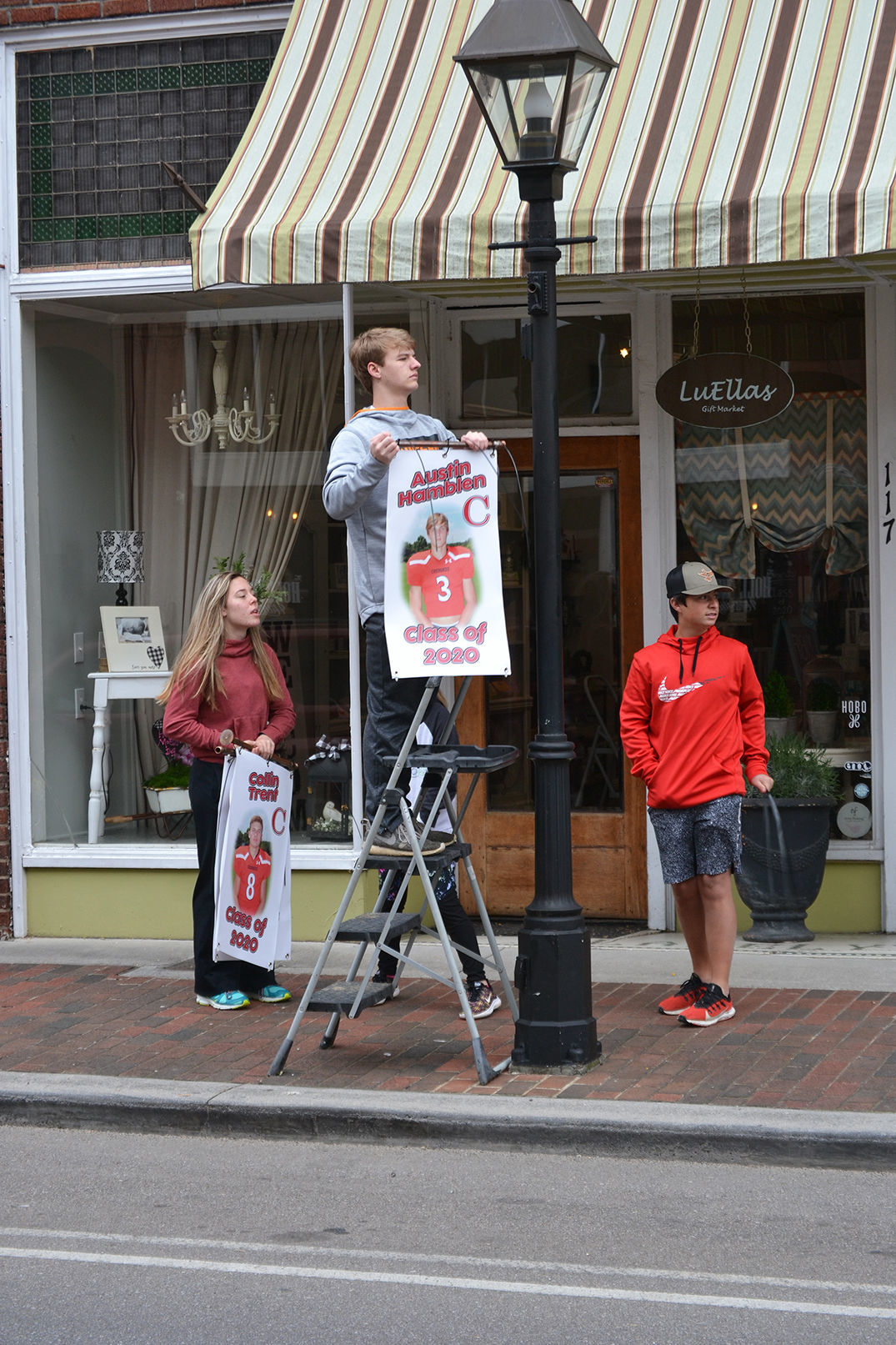 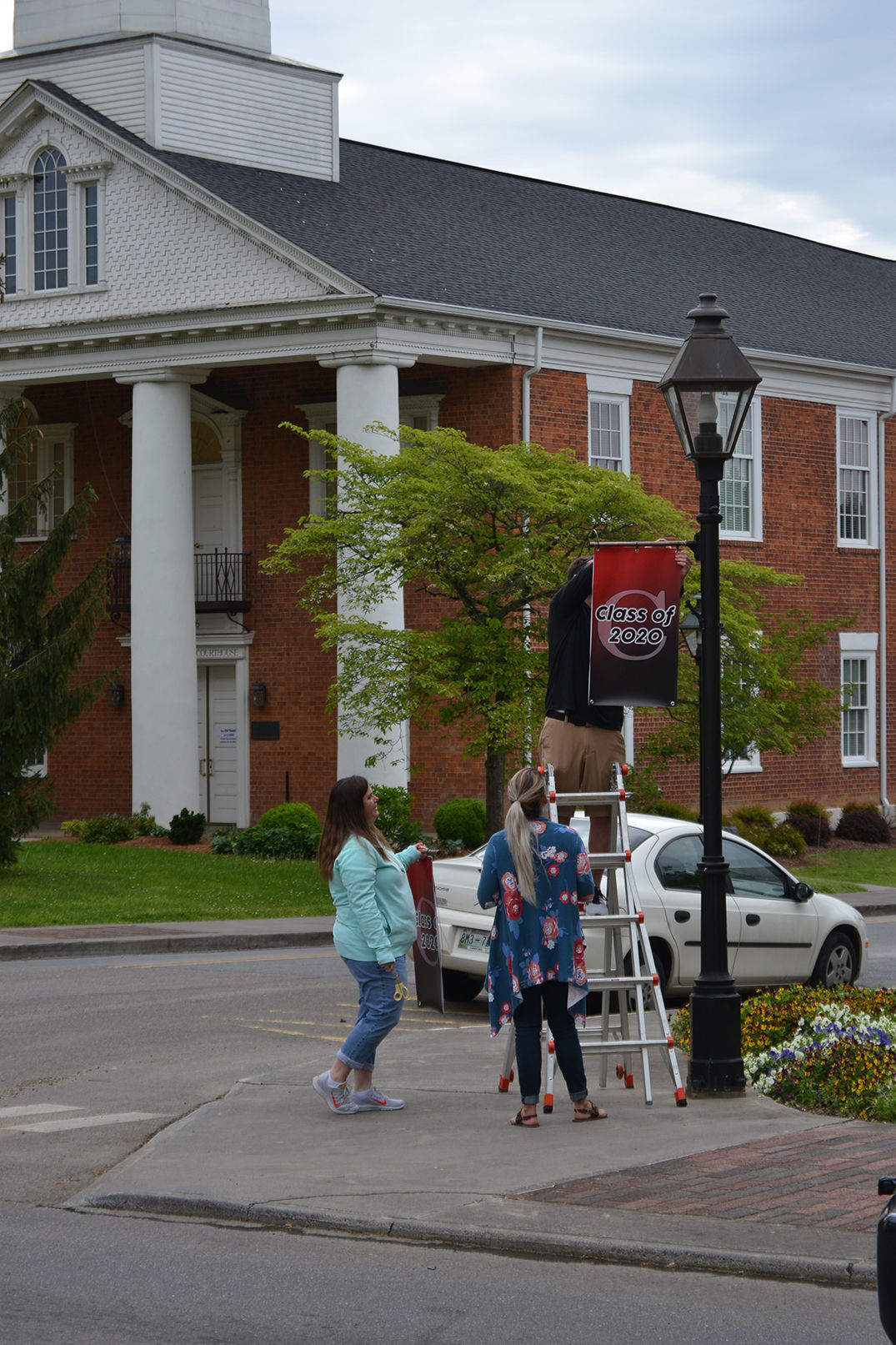 Jennifer Lawson and Amy Antrican assist Andrew Morgan with a banner next to the courthouse. 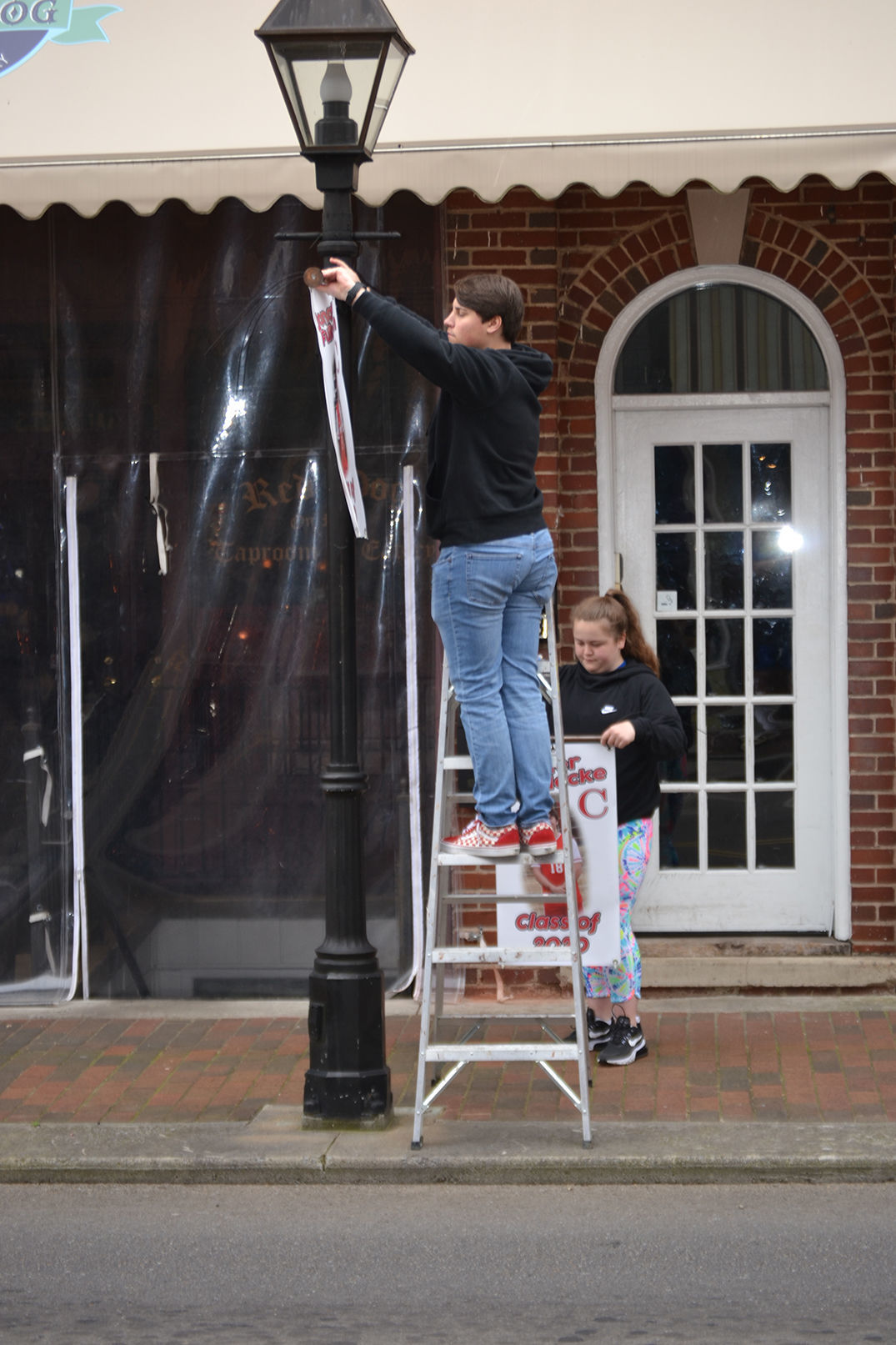 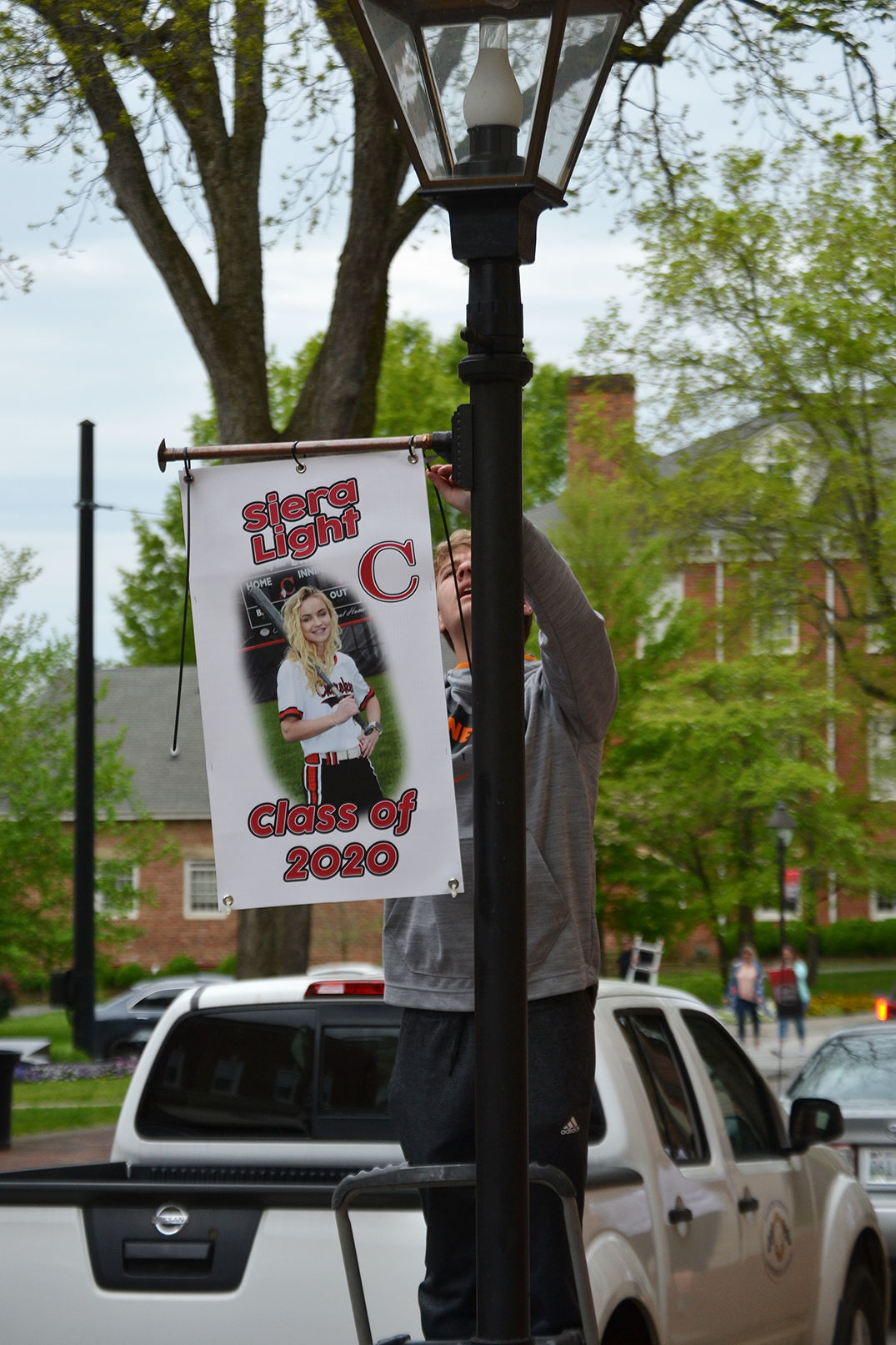 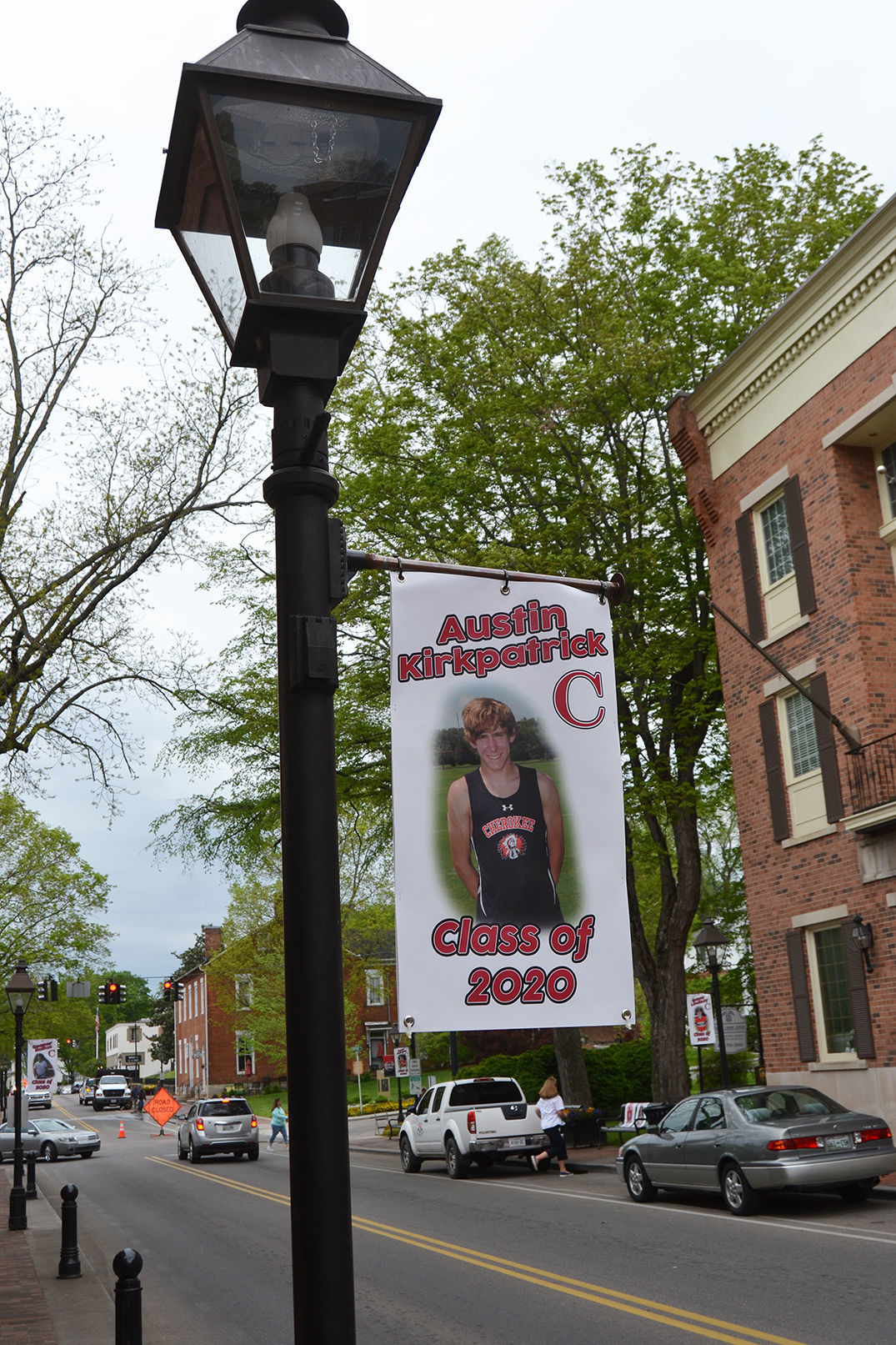 Banners honoring Cherokee senior athletes will be on display throughout May in downtown Rogersville. 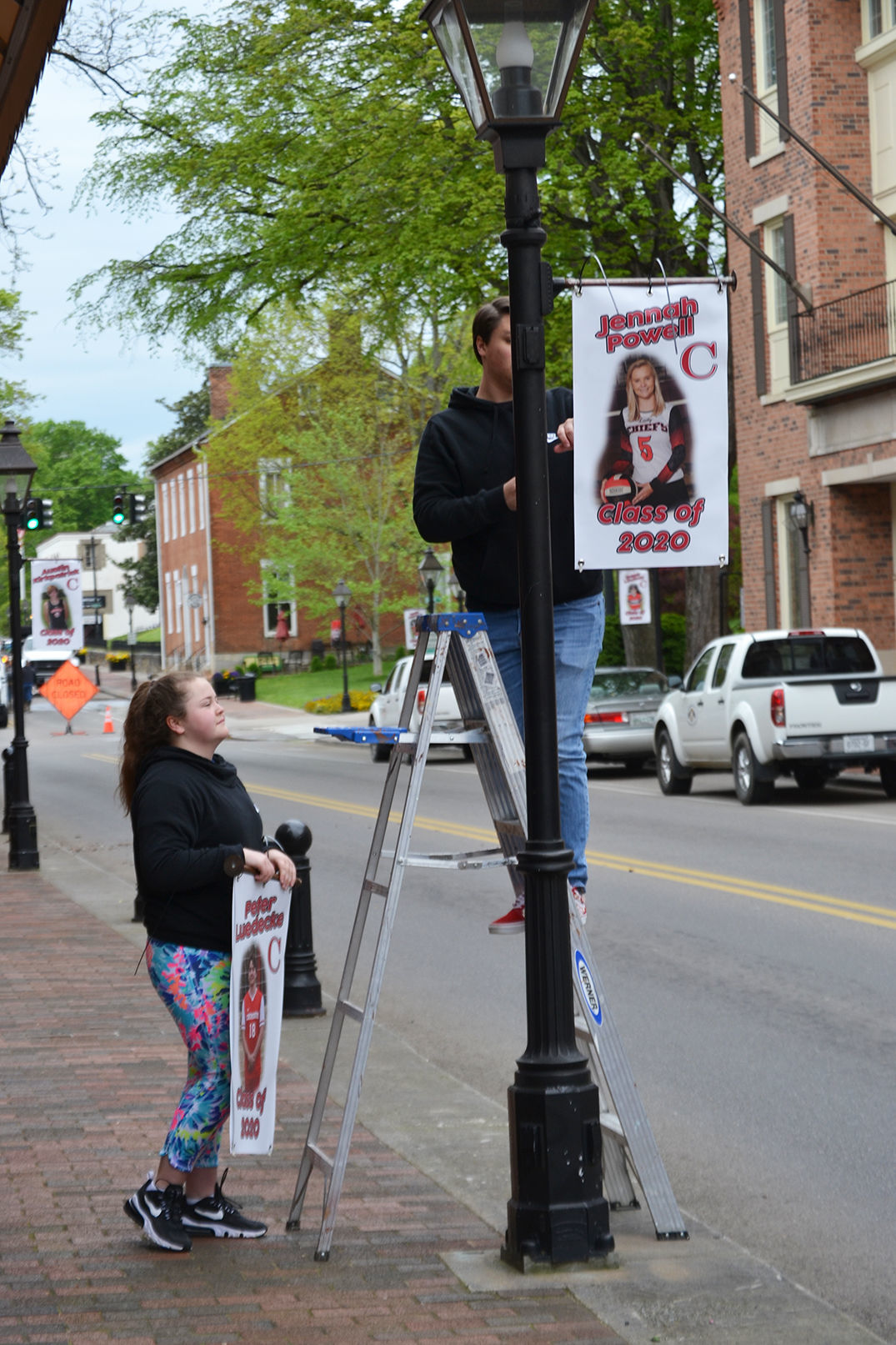 Jennifer Lawson and Amy Antrican assist Andrew Morgan with a banner next to the courthouse.

Banners honoring Cherokee senior athletes will be on display throughout May in downtown Rogersville.

Note: The Heritage Association was not involved in this endeavor as conveyed to us and initially reported.

ROGERSVILLE – The combined effort of community leaders has resulted in a quickly organized and executed plan to recognize Cherokee senior athletes, whose 2020 senior year was cut short by the historic coronavirus shutdown: 46 individual banners hung downtown.

“One of my friends, a girl that I work with, Janet Holcomb, had sent me a picture that she saw on Facebook,” said Amy Antrican, whose daughter Ainsley is a senior cheerleader at Cherokee.

“It was a picture that another town had done of sports pictures hung up downtown. I just thought this might be nice to do for our seniors who played sports,” she said.

“So, I contacted Pam to see if it was something that we might could do. Then I contacted Andrew Morgan and it just kind of went from there. Pam contacted Nancy and it just became a big town effort,” Antrican said.

“Amy Antrican contacted me and said, ‘What do you think the chances are we could do this, recognize all the senior athletes for this graduating class?’” Morgan said. “I said let me start reaching out to the people who have some photos.

“The Review helped us out. Bobby Vaughn helped us out. Some of the kids went out and had pictures made and sent to us. We were able to collectively get it all together,” Morgan said.

“Everything was sent over to David Farmer at DivisionWon. He’s been great about it. He really worked and pushed the project for us. We supplied the pictures to him with permission from everybody,” Morgan said.

With Morgan’s input, Farmer designed and produced the banners.

“He made a template for them to match up and be the same since there were so many different backgrounds in the pictures – some outside, some indoors,” Morgan said. “We decided the white area around the students and the dark lettering would make it easier to read as people drive by and see.”

With the help from students in the Heritage Lights program, the volunteers gathered in Rogersville Tuesday morning and hung the banners back-to-back on the lanterns lining the downtown street from Civis Bank to Hasson Street.

“It was a very nice gesture,” Morgan said. “It’s been such a weird circumstance nationwide, not just here. I’ve done a lot of things during this time off and I was lucky to sit in on a lot of meetings online with AD’s across the state of Tennessee and across the country.”

The banner idea came up in one of the virtual meetings.

“The big idea right now is: How are we promoting seniors?” Morgan said. “They’re not really getting a true senior night that we know of, and these types of things. People talked about what they were doing and this was one of the things we came up with. I shared that idea and some people liked it.

“There’s also been a trend where they’re turning the lights on at the fields in places at certain time at night,” Morgan said.

While the recognitions have been nice, there remains an emptiness for the lost spring sports seasons that can’t really be filled.

“All your spring sports did not get to participate in anything,” Antrican said.

“It’s just very unfortunate,” Morgan added. “You hate it for them, all the kids, but especially the seniors. You’re playing one day and then it’s just done. There’s not any closure for them. There’s a lot of what-ifs. It just happened. There’s no explanation for it. I wish there was something that we could do. Time will tell on that maybe.”

Morgan said if there were any silver lining, it would be that the loss is shared nationwide – not just Hawkins County.

“It’s not just right in this area,” Morgan said. “There are thousands of 17- and 18-year-old graduates across America that are losing out on so many things – prom, graduation, senior night, spring sports. “Some of these kids pushed themselves so hard in all areas. It’s so unfortunate, but we are where we are at this time. Hopefully, something works out so that in the end, there’s a control to it, so we don’t have to take those measures,” Morgan said.

“This started to honor them and then we just decided to put all the senior sports up, too,” Antrican said. “It just shows that our small town is community-oriented and loves our kids.”

“This is a way for us to recognize these senior athletes from fall through spring just a little bit,” Morgan said. “I hope they’ll take a drive through town and see their picture hanging.

“It’s just an appreciation for their time and effort and sacrifice that they’ve given for however many years they’ve participated. It’s not an easy thing to do. It’s very much our appreciation of them and their hard work,” he said.