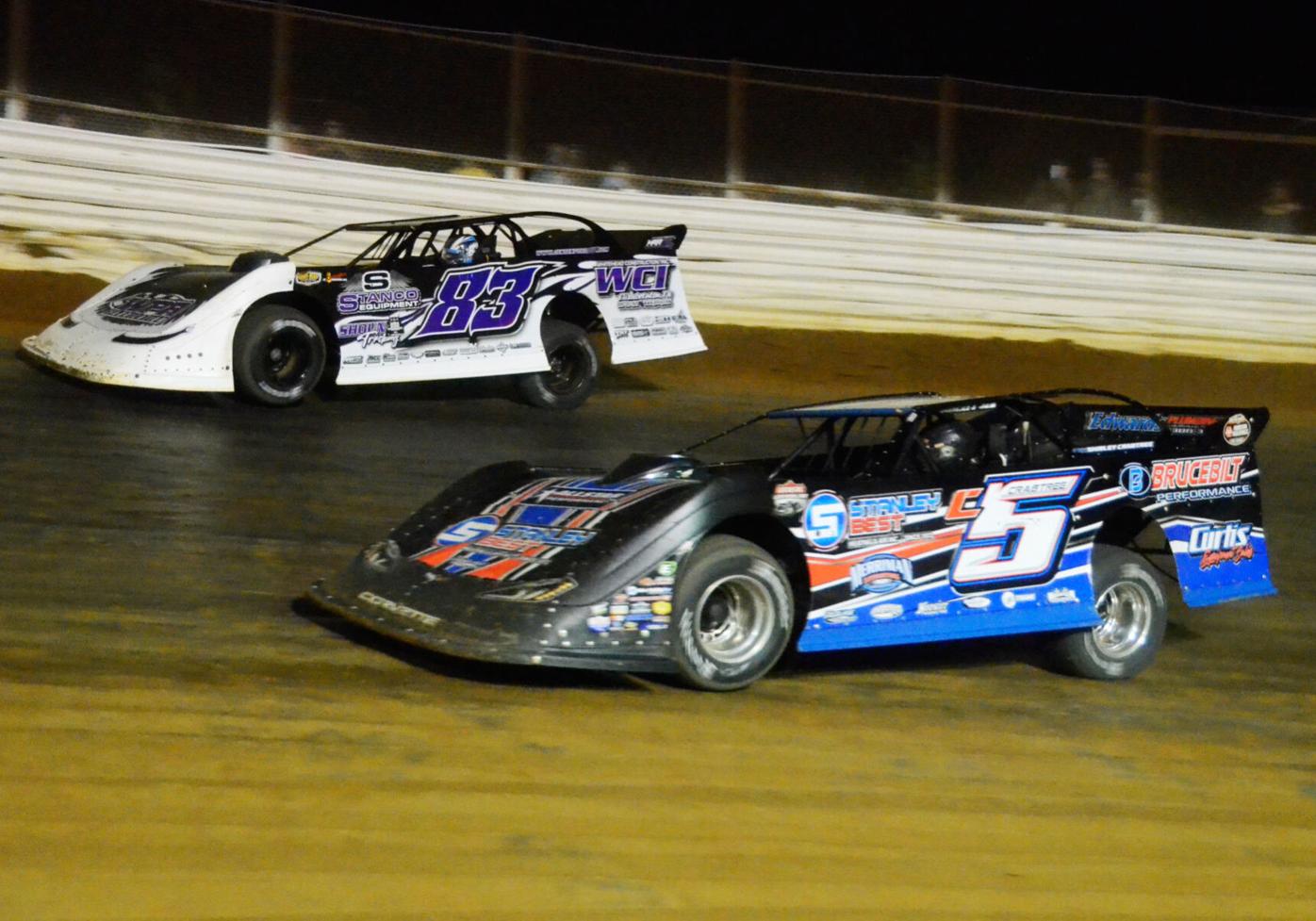 Ford attempted a slide-job between turns three and four Saturday.

Ford attempted a slide-job between turns three and four Saturday.

Cameron Weaver set fast-time at 14.115 seconds in Crate Late Model qualifying to barely edge Jensen Ford’s time of 14.140. The duo launched off the fourth turn down the front straightaway on the start with Weaver getting the advantage over Ford to lead the opening lap.

Behind Weaver and Ford back through the field action was two- and three-wide between Rusty Ballenger, Adam Ahl, Michael Smith, Nathan Martin, Jordon Horton, Tim Maupin and Shannon Emery as they jockeyed for real estate. While Weaver was being pressured by Ford out front, the battle for the third spot was heated between Ballenger and Ahl.

With Weaver leading and looking for his first-ever win at “The Gap,” Ford wasn’t going down easy without a fight. It’s said that rubbin’ is racin’ and with the laps winding down, Ford attempted a slide-job between turns three and four which resulted in contact with Weaver. Ford seized the moment to drive past Weaver for a lead he wouldn’t relinquish en route to capturing his second win of the season over Weaver, Ballenger, Ahl and Maupin.

Clyde Stanton grabbed the lead at start of the Sportsman Late Model feature over Michael Boyd and Adam Mitchell, while behind them Addison Cardwell, Michael Woods, Brad Dyer and David Bullington battled for position. With the “Mule Hollow Missle” Stanton showing the way out front, Cardwell was up-on-the-wheel working his way around Mitchell and Boyd moving into second and setting his sights ahead on leader Stanton.

Cardwell was hoping Stanton would make a mistake to allow him opportunity to pass for the lead, but the veteran chauffeur Stanton would not be denied his second visit to victory lane this season. Finishing behind Stanton were Cardwell, Mitchell, Woods and Boyd.

Logan Hickey took the checkered flag as the apparent Street Stock feature winner, but in post-race tech refused sell shocks to another competitor from the car and was disqualified. Thus Wayne Rader claimed the victory over Tony Trent, Donavan Long, John Fox and Mike Eickleberry.

Zack Walton jumped out to lead at start of the 20-lap Front Wheel Drive feature and never looked back in recording his second win on the season. Walton was chased to the checkered flag by Marcus Mays, Josh Ramsey, Larry Stapleton and Hunter Price.