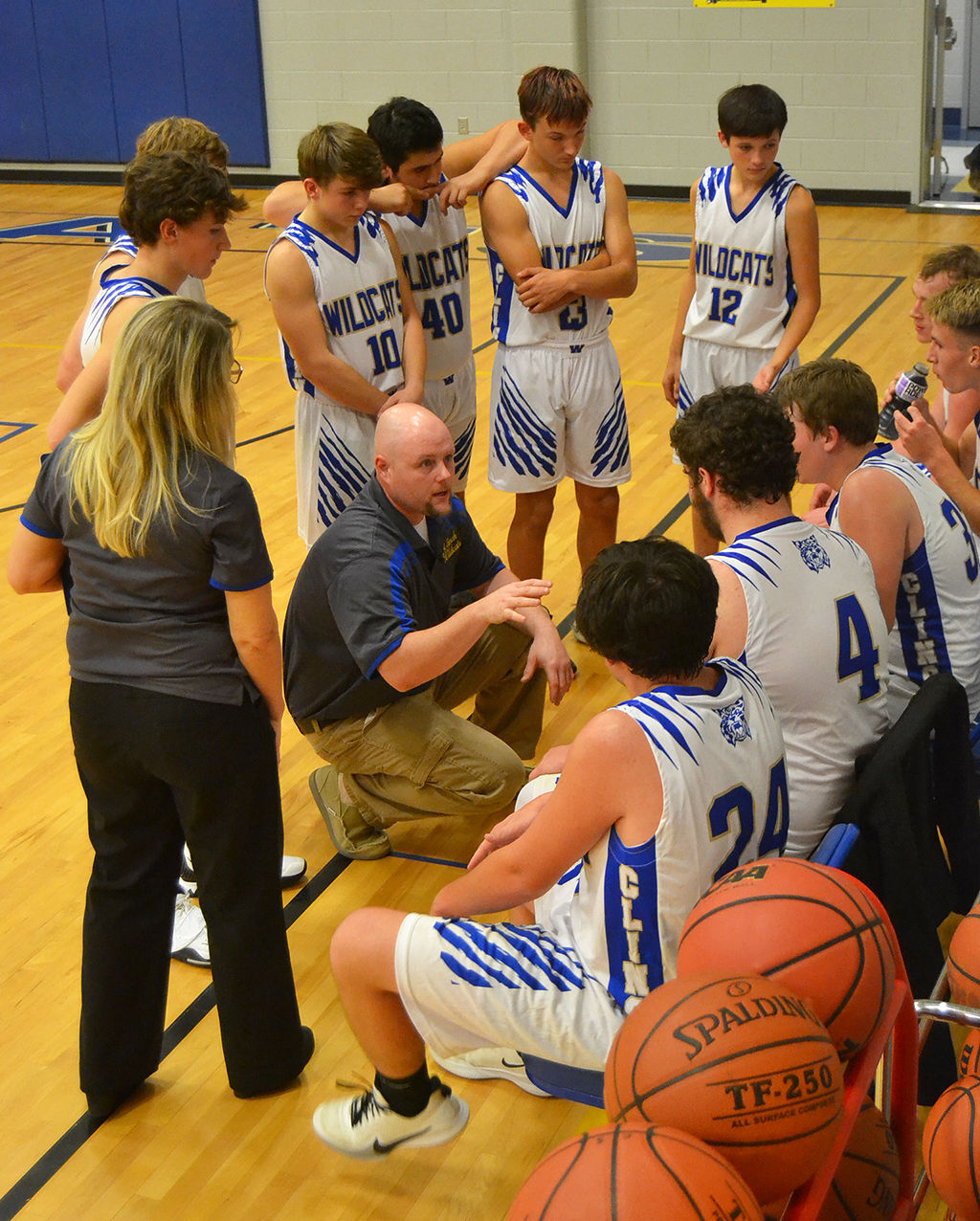 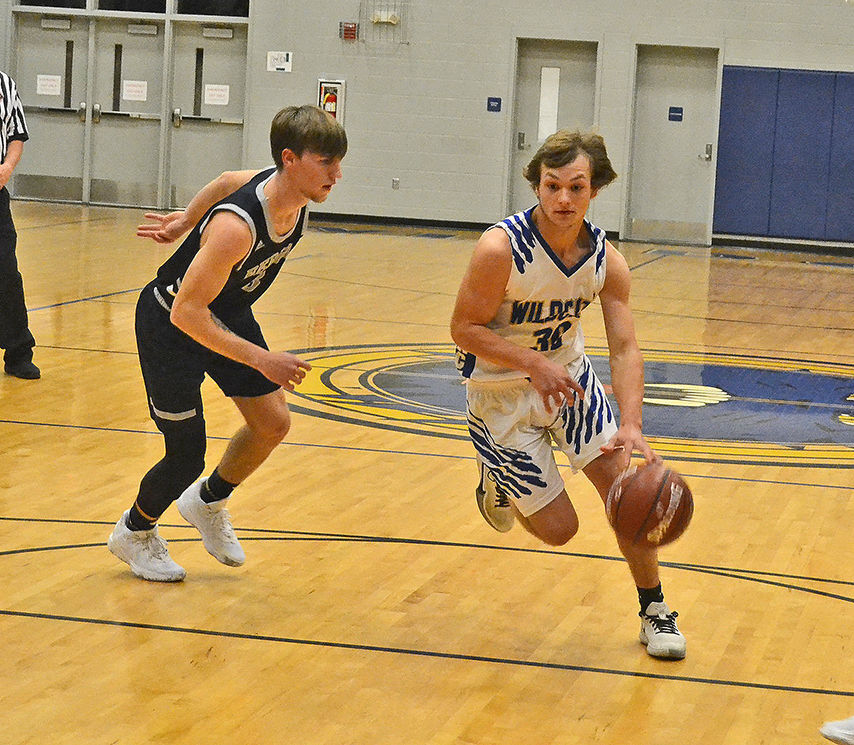 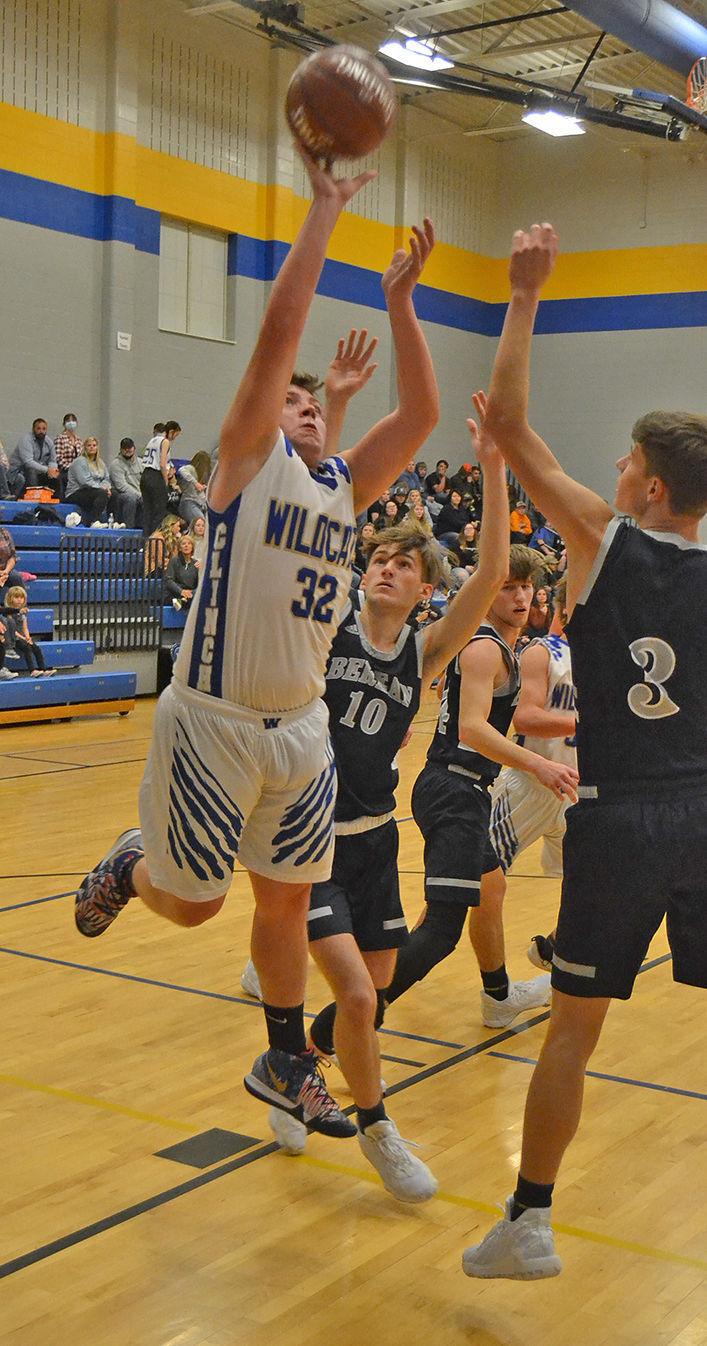 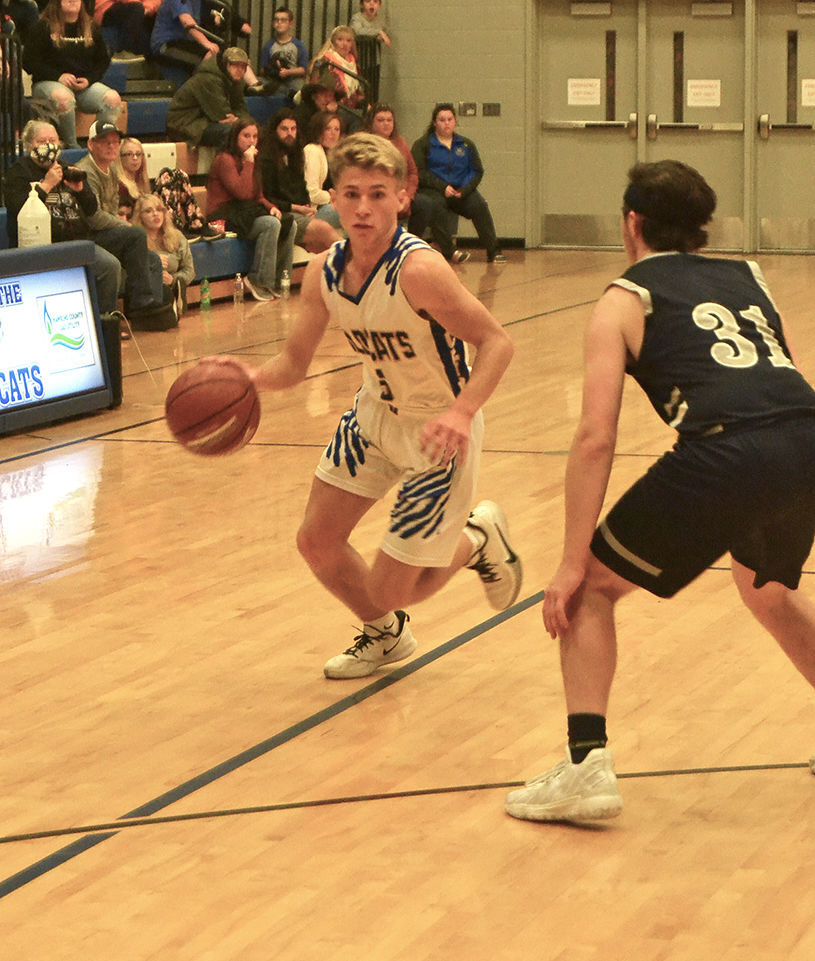 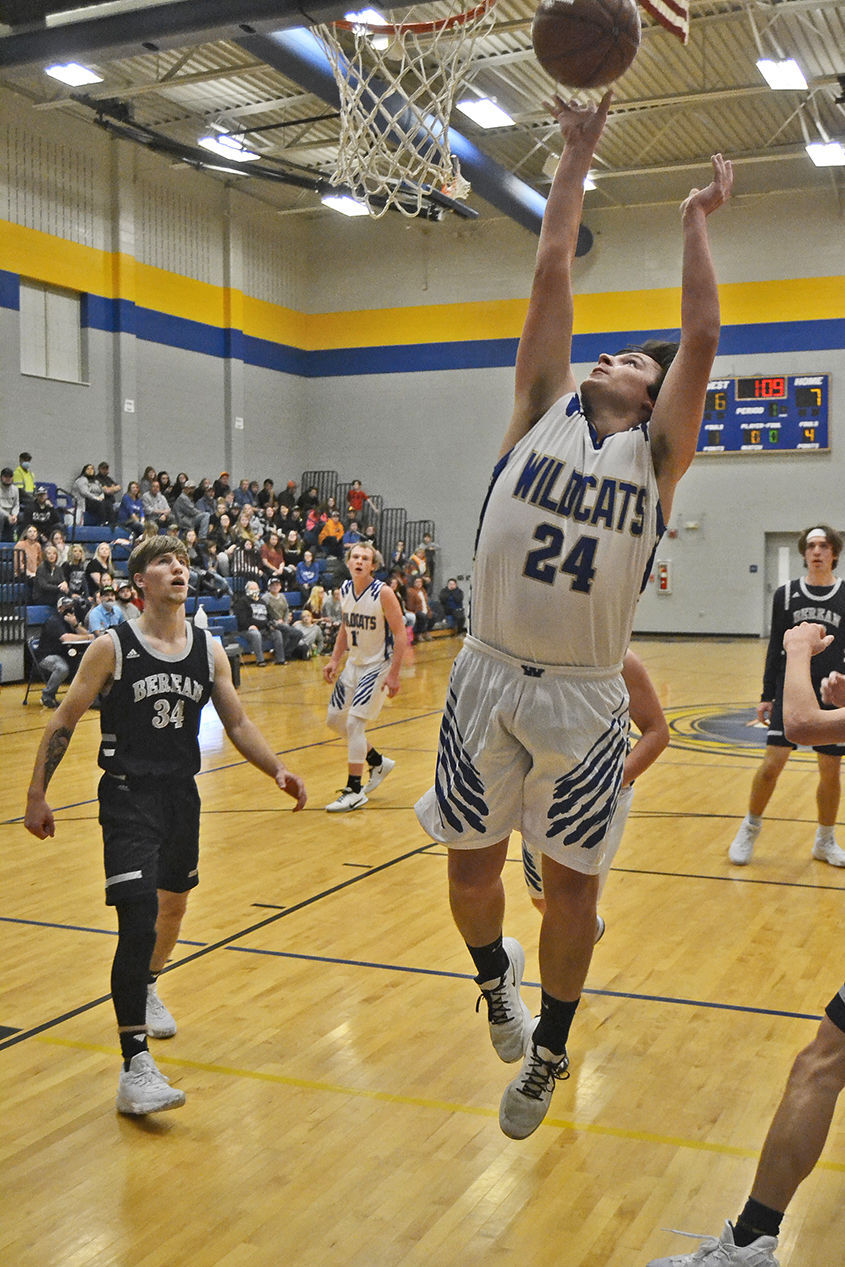 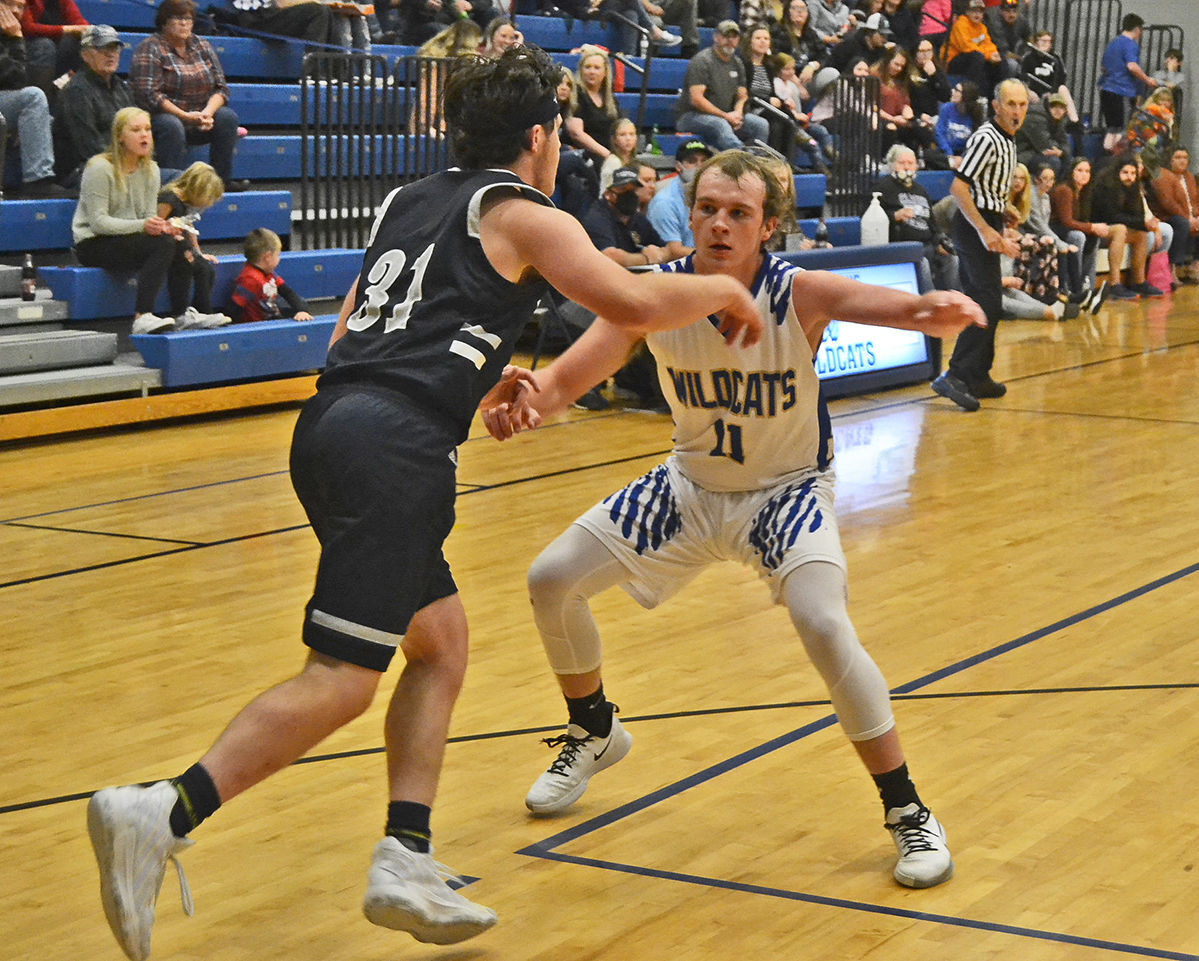 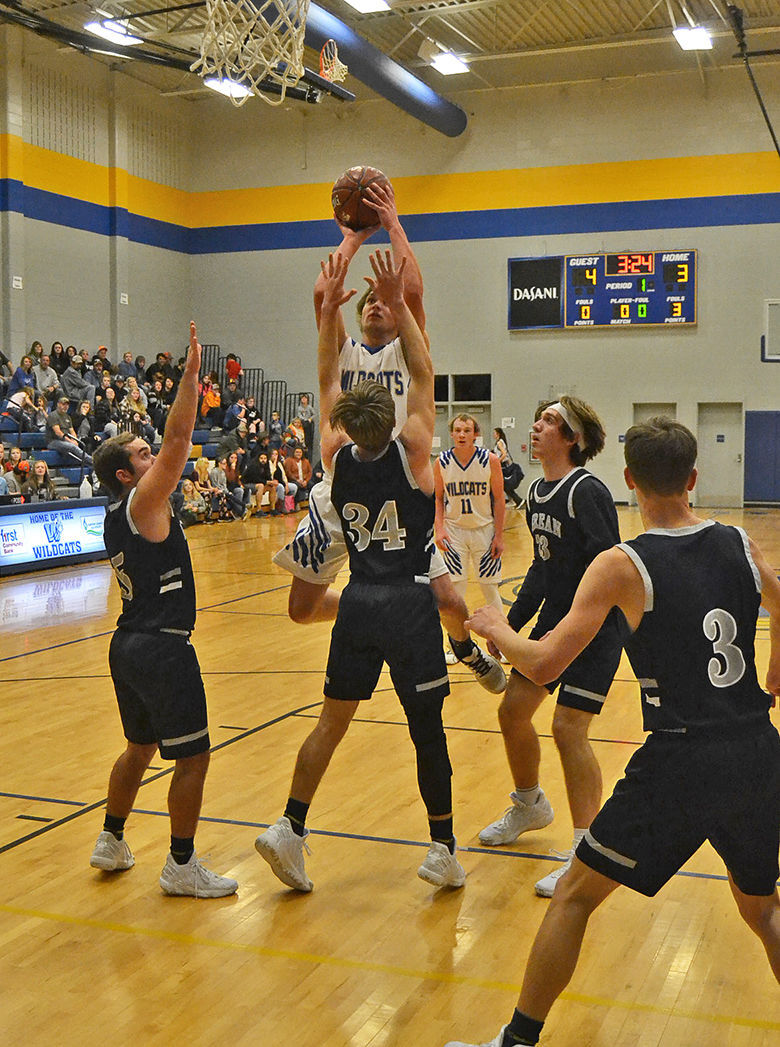 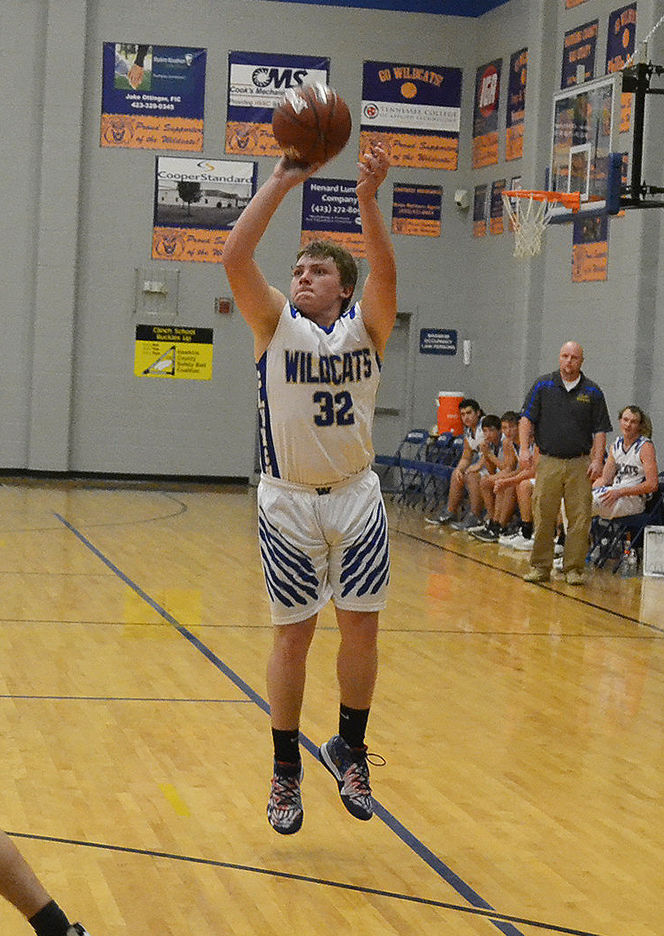 Seth Lawson hits his first of three three-pointers against Berea. 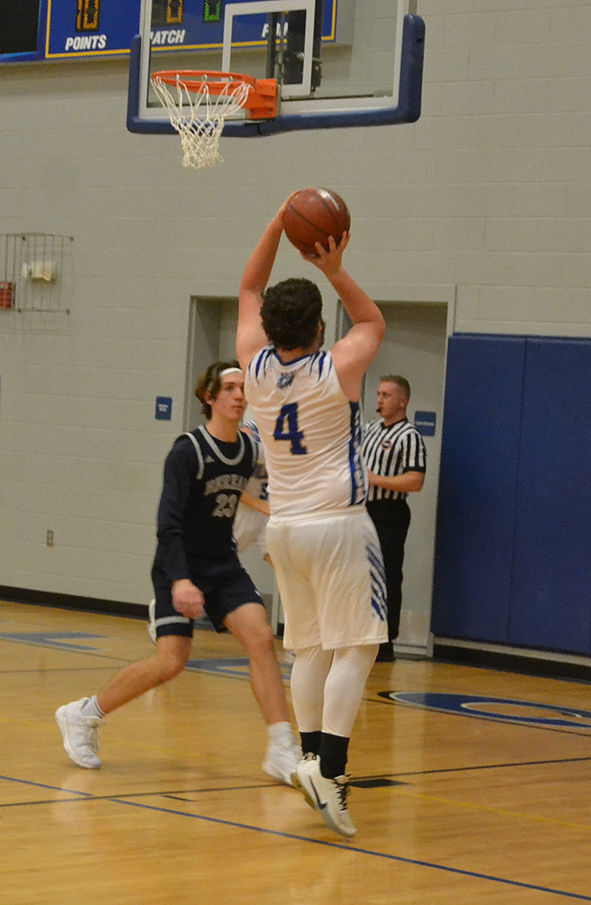 Connor Livesay (4) hit a big basket for Clinch late in the second half. 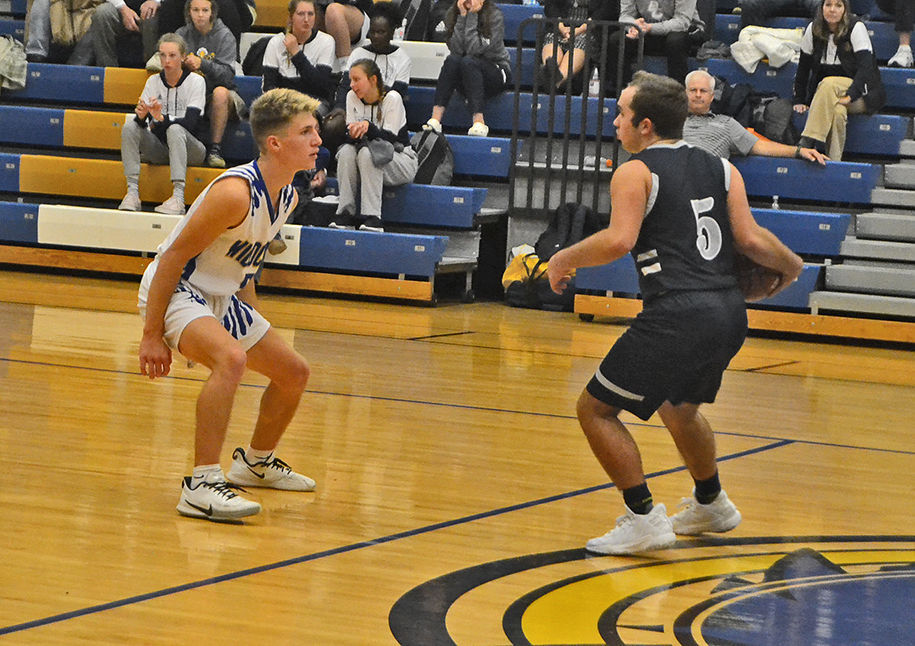 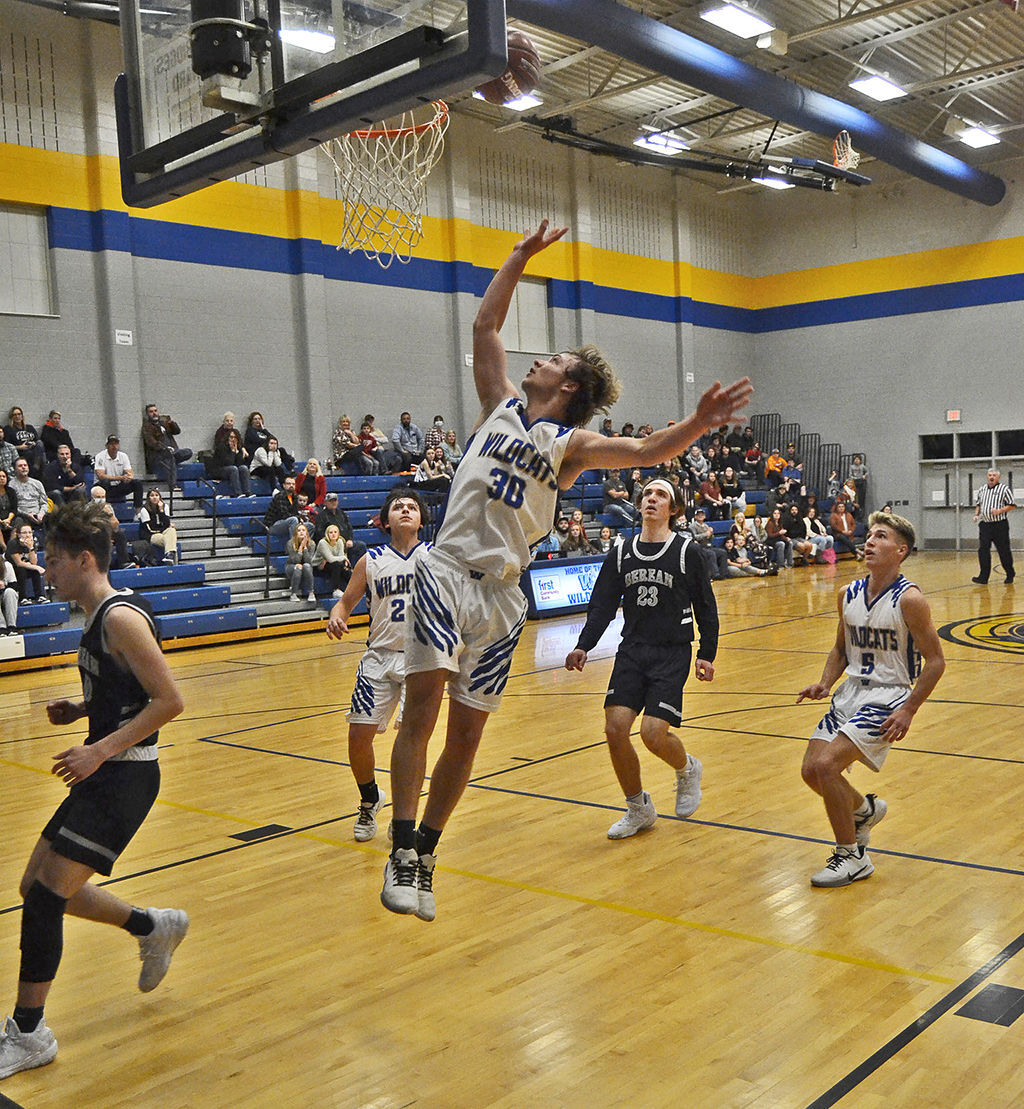 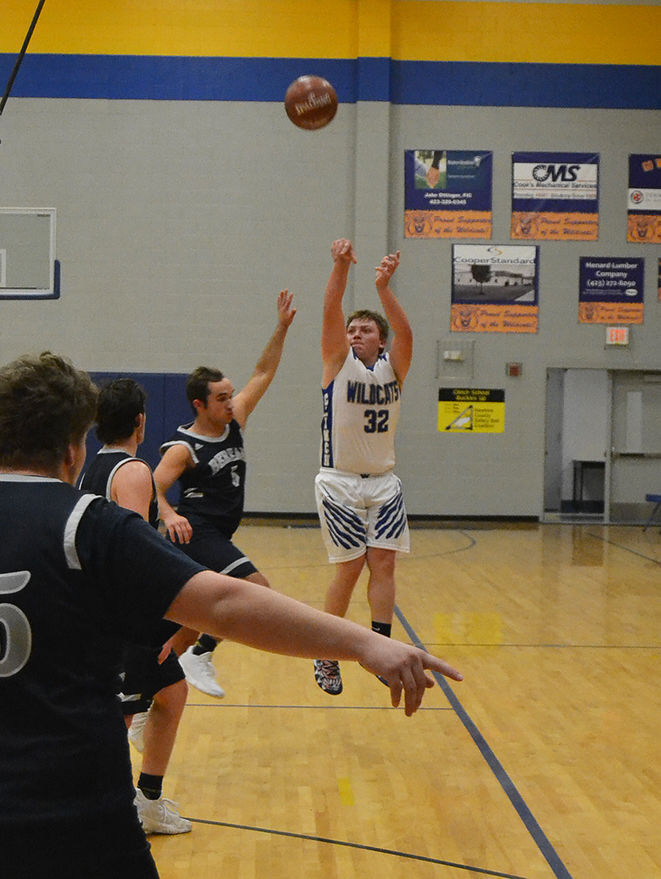 Seth Lawson hits his first of three three-pointers against Berea.

Connor Livesay (4) hit a big basket for Clinch late in the second half.

EIDSON – The Josh Bowlin Era tipped off at Clinch Monday night in style, as the Wildcats ground out a tough, hard-earned, 49-39 victory over visiting Berea Christian in the 2020-21 season opener.

“The intensity was great,” said Bowlin, the former Rogersville Middle School boys basketball coach who took the Wildcats’ reins this year when previous coach Seth Rhoton stepped down, along with girls coach and wife Brittney Rhoton, so that they could devote more time to their young children.

“We played good defense,” Bowlin said. “We made our free throws. And we drew a lot of fouls and made our layups. I can’t really complain. There’s not one part of the game that I can really complain about. For a first game, I was impressed.”

So were watchers of the Wildcats, who took the lead for good early in the second quarter and slowly built on it, while simultaneously playing tough defense and limiting the Eagles’ second shots by dominating the defensive boards.

“We’ve been working hard on that,” Bowlin said. “We’ve been doing a lot of drills, boxing out, rebounding and stuff like that.”

Seth Lawson, who led the Wildcats with 18, hit several big shots for Clinch, including a three to start the game’s scoring at the 6:30 mark, another three with 4:17 left in the first half that gave Clinch the lead (13-12) for good, and a three at the halftime buzzer that sent the Wildcats into the break with a 22-15 lead.

Ryan Davis single-handedly kept the Eagles in the contest with a game-high 25, including 13 points in the fourth quarter on five field goals, three from beyond the arc.

“(Davis) is a great shooter,” Bowlin said. “He can play. That was a good team, Berea. They looked good.”

Davis’ two free throws to start the second half pulled Berea back to within five, 22-17, but Clinch senior Dalton Seals converted a three-point play to push the ‘Cats lead back to 25-17, then added two more from the line to push the lead to 10, 27-17.

But a free throw by Dalton Claiborne and a three by Gabe Miller cut the ‘Cats lead down to 27-21 with three minutes to play in the third.

Lawson hit three of four from the line to end the third quarter with the Wildcats back in front by nine, 30-21.

Seals started the fourth with a drive to the basket to push Clinch ahead, 32-21.

Davis answered with back-to-back threes to cut the Wildcats’ lead to 32-27.

The Wildcats then shut Berea down, holding the Eagles scoreless for three minutes, at the same time adding to their lead at the line, sinking seven of 10 over that span to build their lead back to 12, 39-27.

Miller’s three with 2:26 ended the Eagles drought, but Lawson and Seals hit free throws and Joe Lyons, who had a strong game with 14 points, drove for a layup to put the Wildcats in front, 43-30, with 1:56 left.

Another three by Davis cut the margin to 10. Lyons then sank two free throws to push it back to 12, 45-33. Back-to-back, put-backs by Carson Fisher and Davis narrowed the Wildcats lead to 45-37 with 1:04 to play, but Connor Livesay’s layup and two more free throws by Lyons was plenty to offset one final basket by Davis for the final 49-39 margin and a very solid win to start the season and Bowlin’s tenure at Clinch.

“It feels great,” said Bowlin, who coached basketball at RMS for seven years. He is assisted by Ginger Johnson. “It feels really good. We’re deep. We’ve got seven or eight kids we can move in, move out that I feel very comfortable with.”

Liking the players he has to work with, Bowlin is looking to build on the win.

“We get back to the gym and start practicing defense,” he said. “I try to be a defense-minded coach. I want to push defense. I like to switch out and go zone, go man, try to throw the offensive team off. I think if we can improve some areas, I think we’ll be a better, maybe even a championship team.”