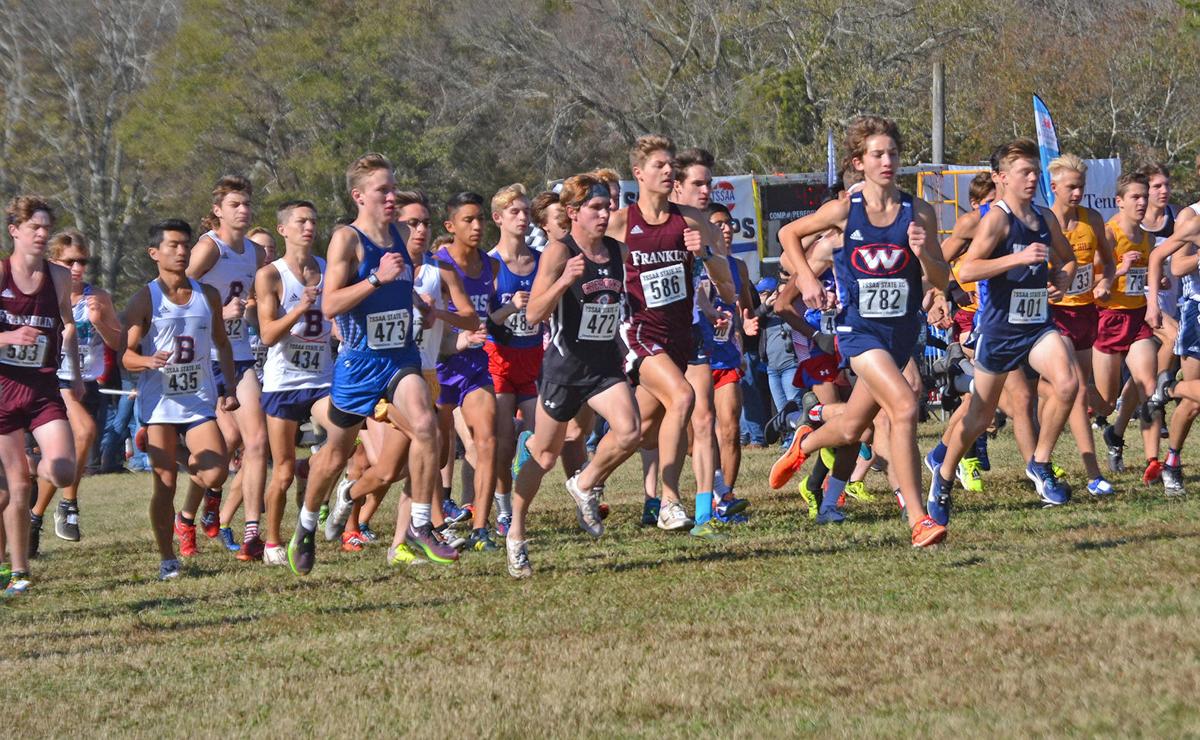 Cherokee’s Austin Kirkpatrick (center, #472) takes off with the field at the start of the TSSAA State Division 1 Large School Cross Country Championship Saturday at Percy Warner Park in Nashville. 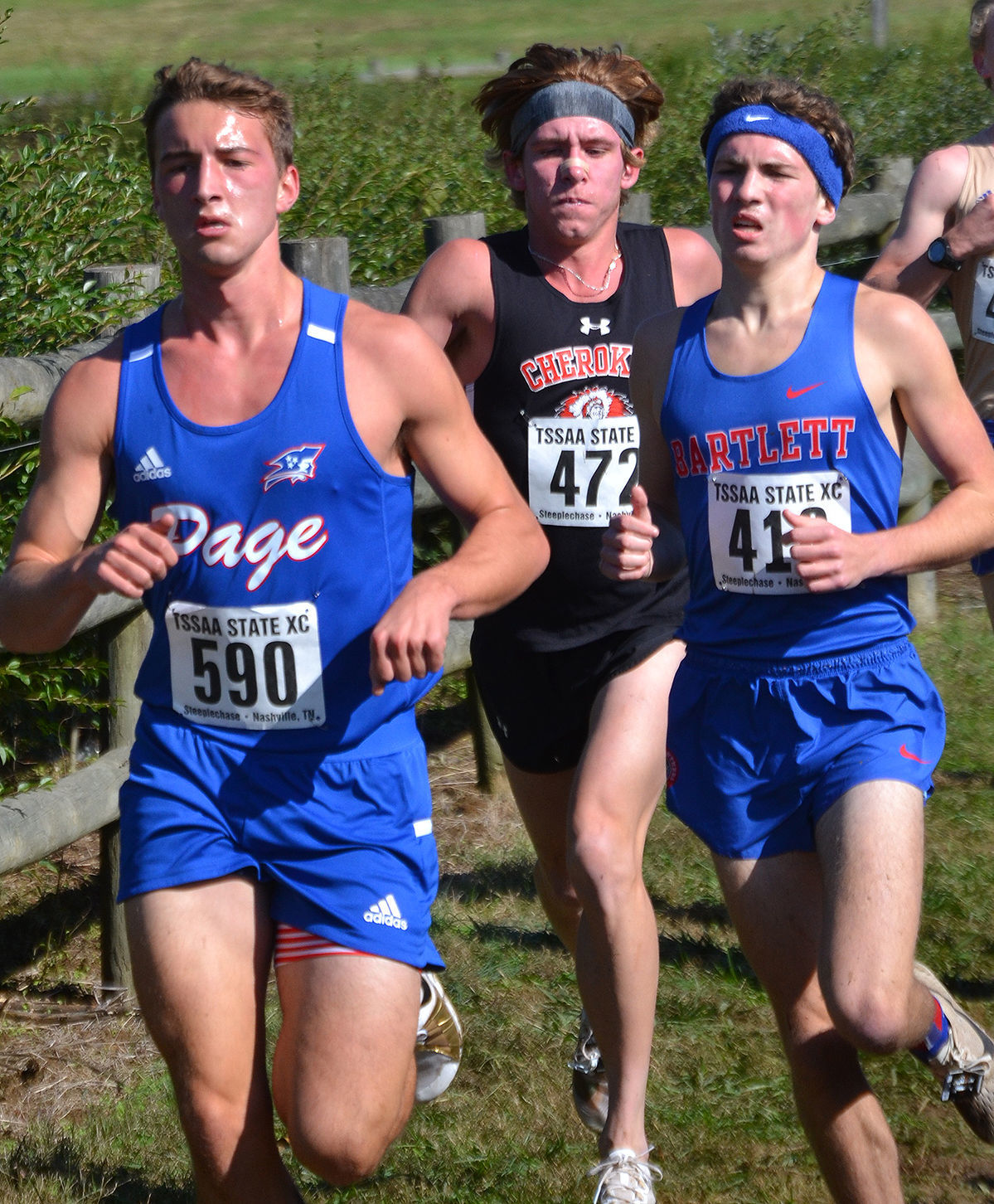 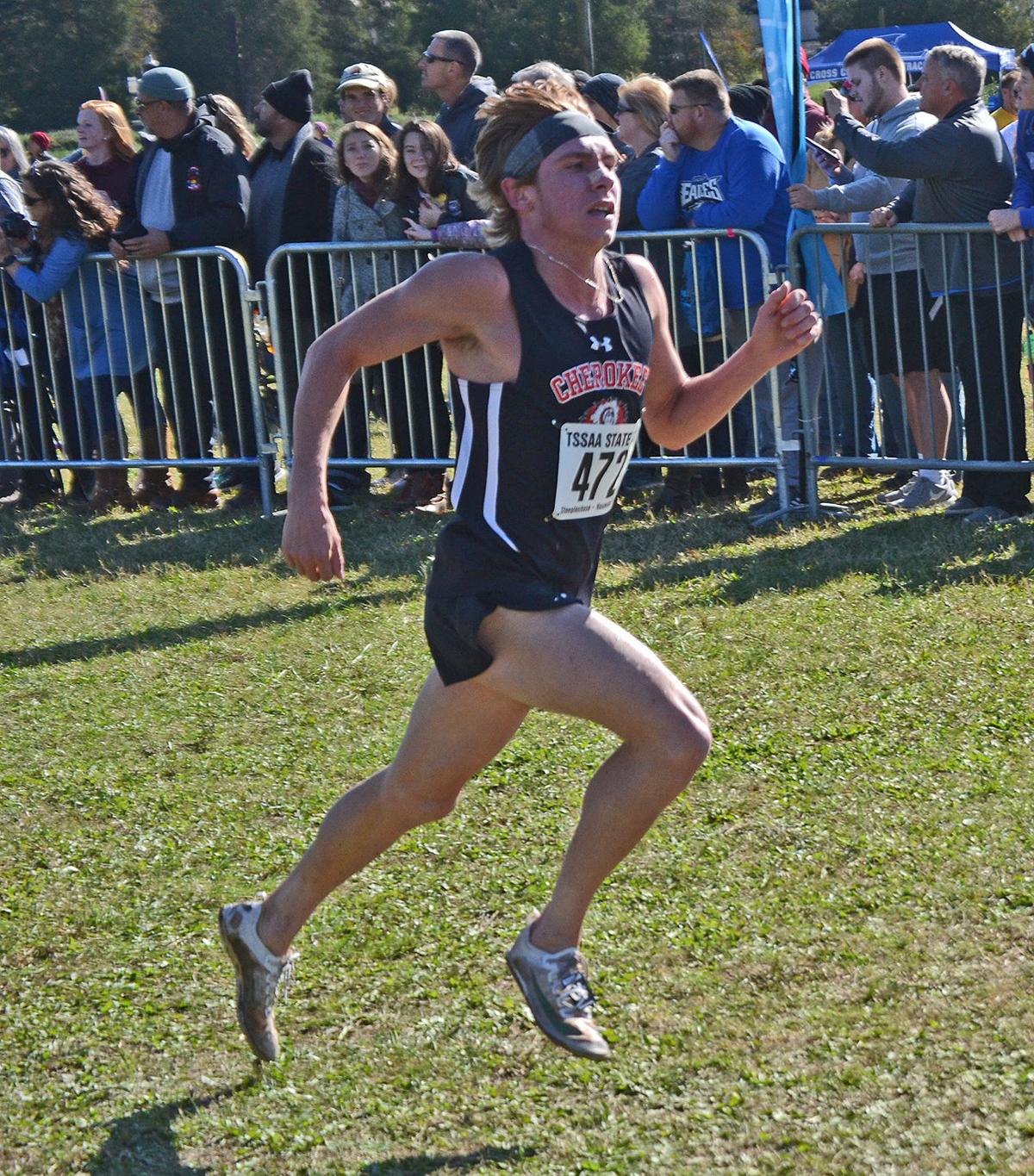 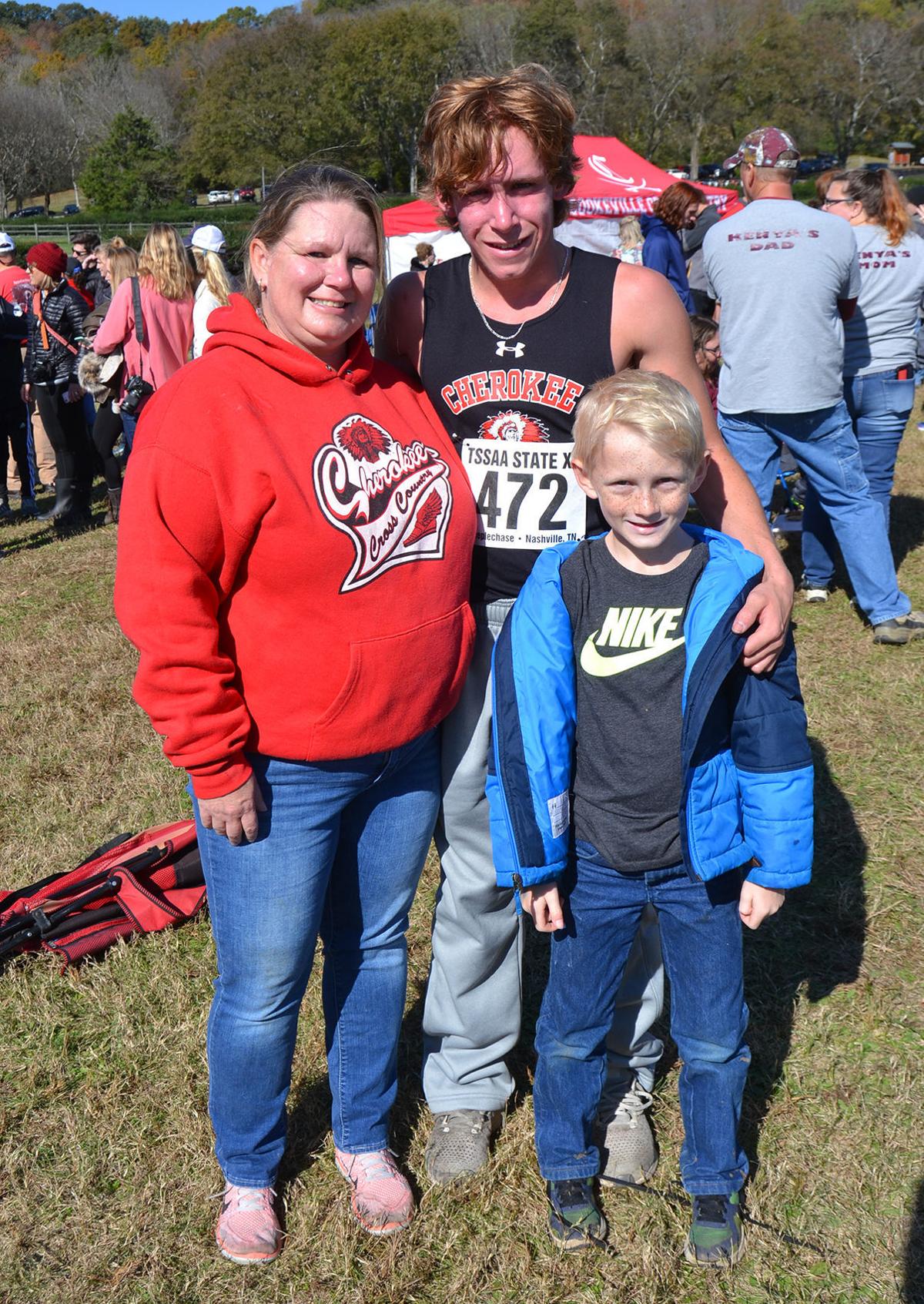 Cherokee’s Austin Kirkpatrick (center, #472) takes off with the field at the start of the TSSAA State Division 1 Large School Cross Country Championship Saturday at Percy Warner Park in Nashville.

NASHVILLE – The TSSAA State Cross Country Championship wasn’t the finish line for Austin Kirkpatrick, just a point along his path.

After medaling in the event his sophomore season, the Cherokee senior was disappointed in not duplicating the feat Saturday at Percy Warner Park.

“Not really how I wanted it to go,” Kirkpatrick said. “I started out quick and then I just fell apart.”

Kirkpatrick said he had a few slips, but no falls on a course marred with slick patches. He said he just didn’t run as well as he has in other races, partly due to the strong field’s fast start.

“The top 15 were under five minutes for the first mile,” Kirkpatrick said. “That’s pretty quick.”

Dobyns-Bennett’s Sasha Neglia won the girls state title for the third time, in 17:22.90.

After many personnel changes a year ago, Mike Pettine’s defense aims for big steps in 2020

Kirkpatrick has had some hurdles to cross since that 2017 race. He took a fall at the end of his sophomore year in track, then tore his labrum doing the pole vault last season, which resulted in surgery over the summer.

“With everything he’s gone through – from last track season to now, and how hard he’s had to work to get back to where he’s at, I’m pleased with today’s finish,” said Lisa Kirkpatrick, Austin’s mom and Cherokee cross country coach.

“He’s worked hard. He gave it everything he had. We’re going to focus on Foot Locker and see where we go from there,” she said.

“I start indoor track, then go to outdoor after that,” said Austin, who still has goals to step on the podium in Tennessee state track competition this spring. “I want to make it to state this year in the mile and two-mile, definitely, and try to medal in the two-mile.”

Kirkpatrick is drawing interest from numerous college programs. He intends to continue his running career beyond high school at the next level, hopefully in both track and cross country, which he equally enjoys.

“I’m still undecided, still looking,” he said of which college. “I’m hoping to decide by the beginning of track season where I want to go.”

Once there, Kirkpatrick has goals to “try to make all-conference in college, and see if I can possibly make it to nationals a couple years.”