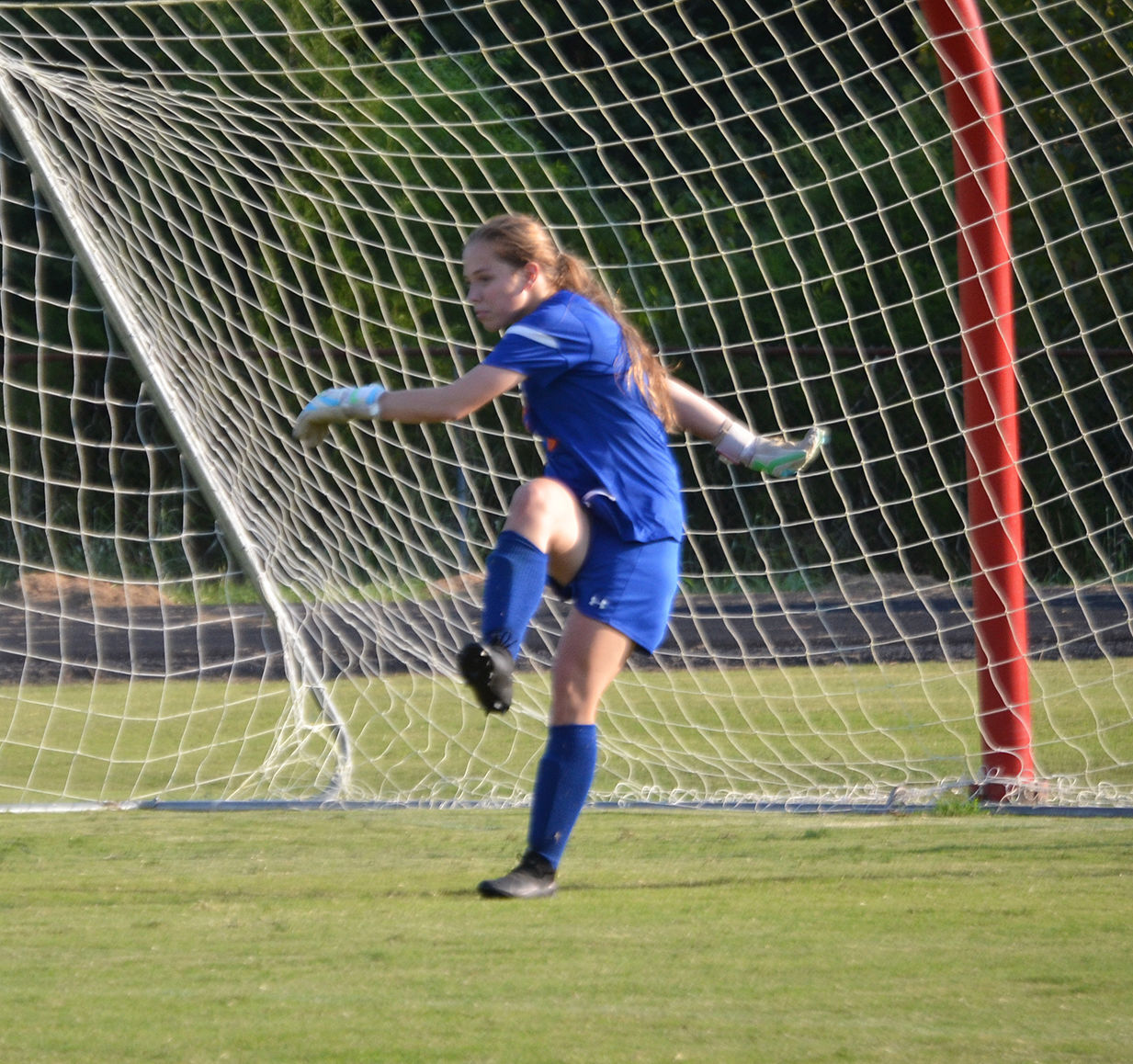 Goalkeeper Erin Smallwood got the shutout for Volunteer. 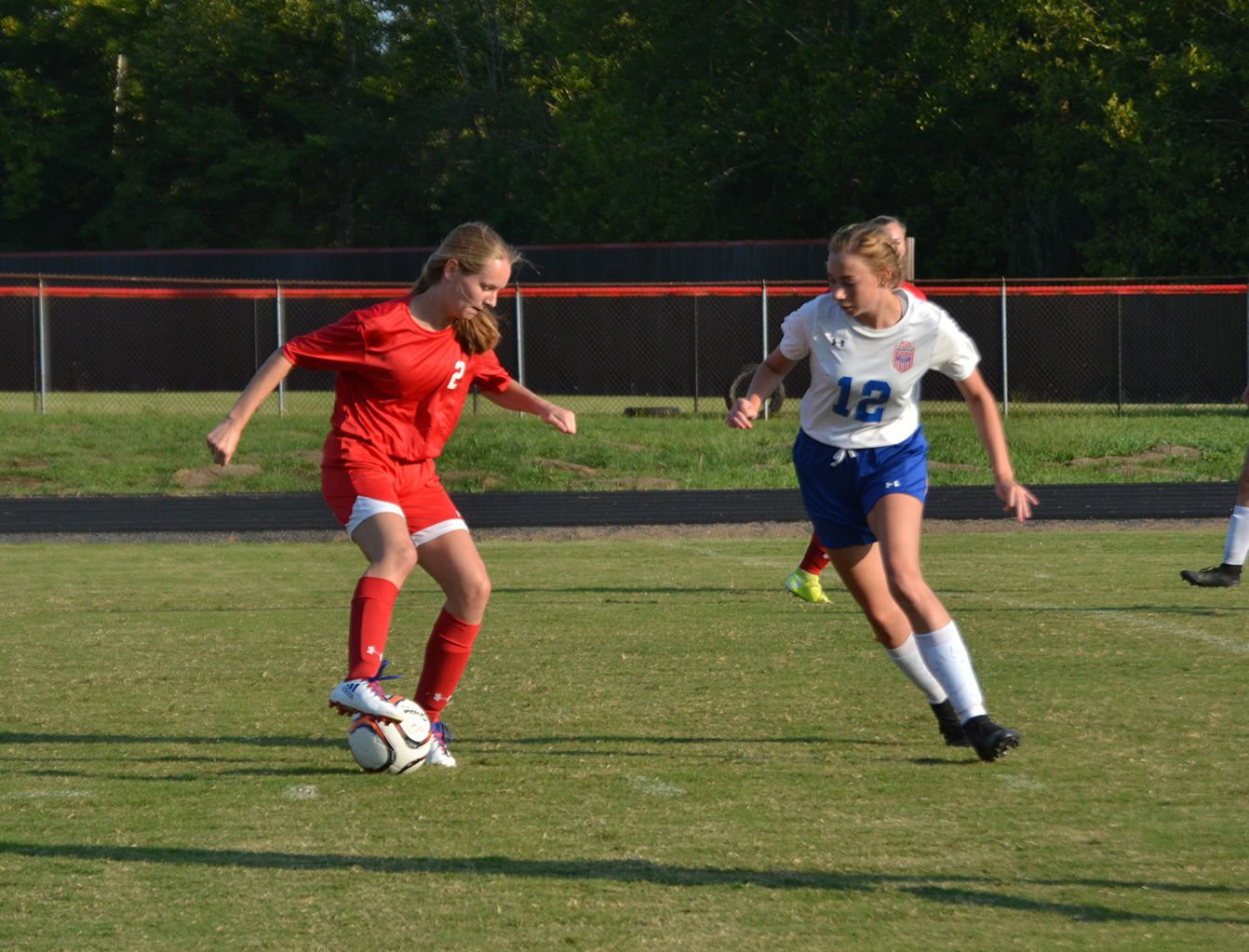 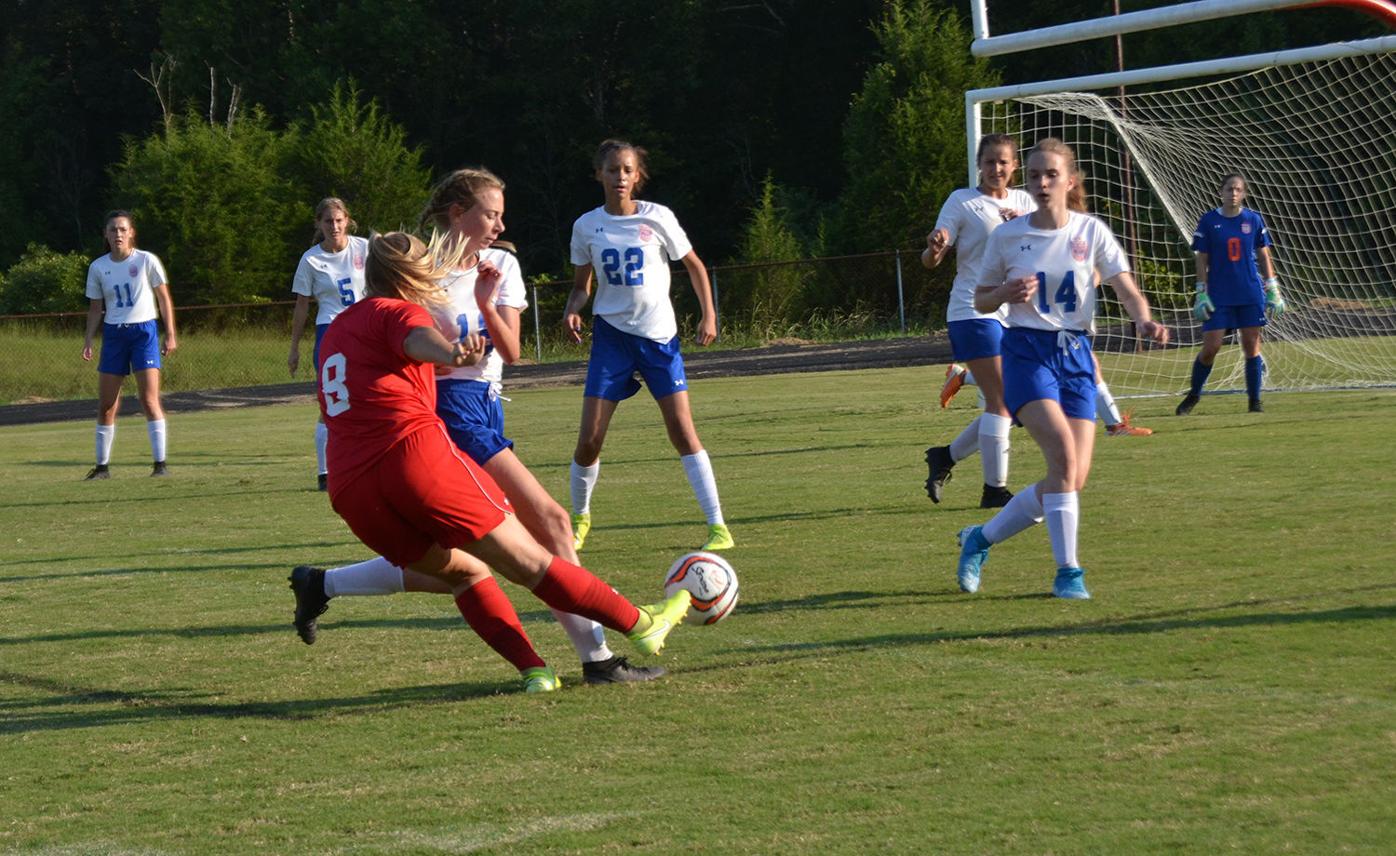 Cherokee senior Haley Livesay (8) blasts an attempt at the goal. 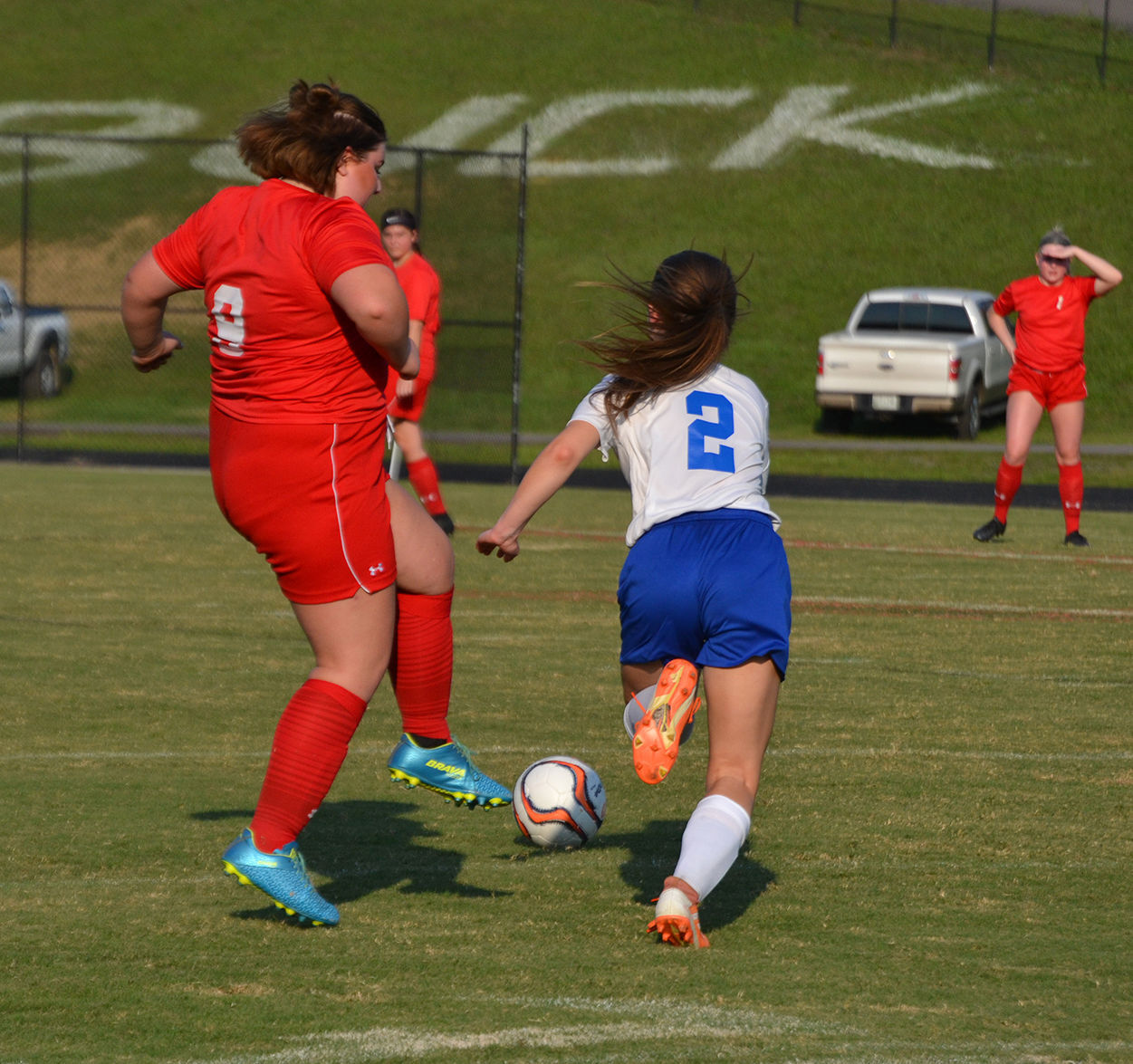 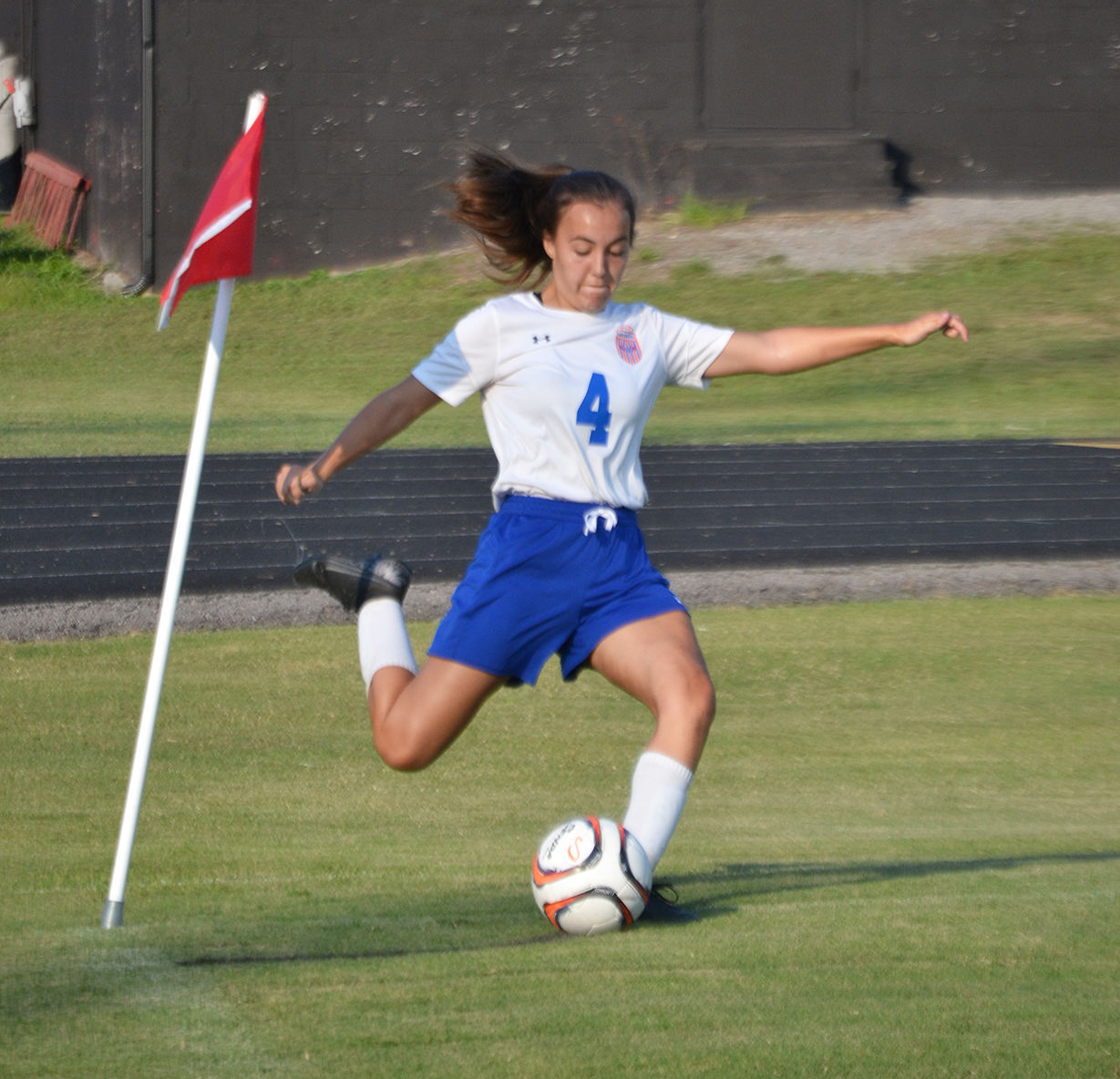 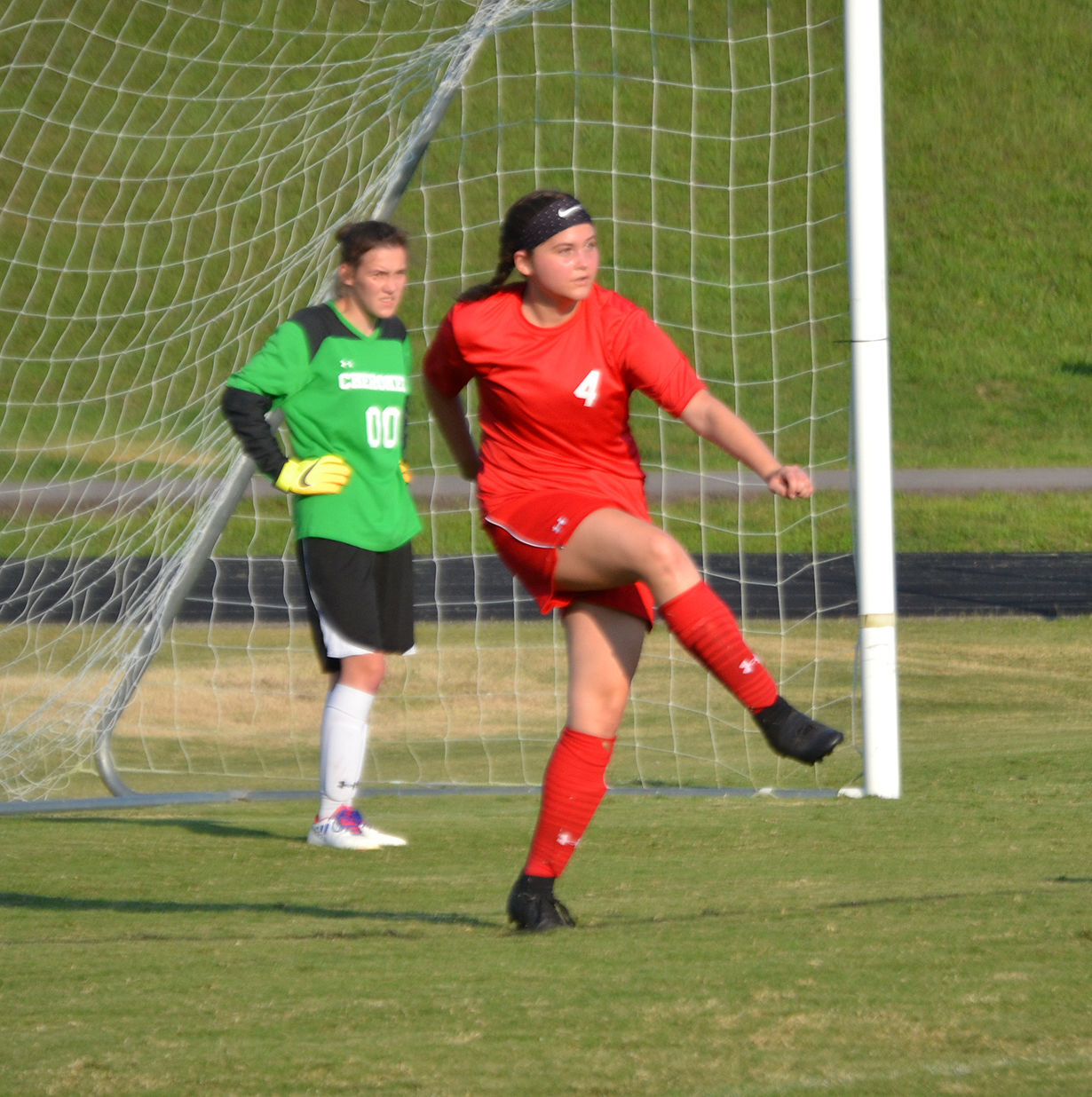 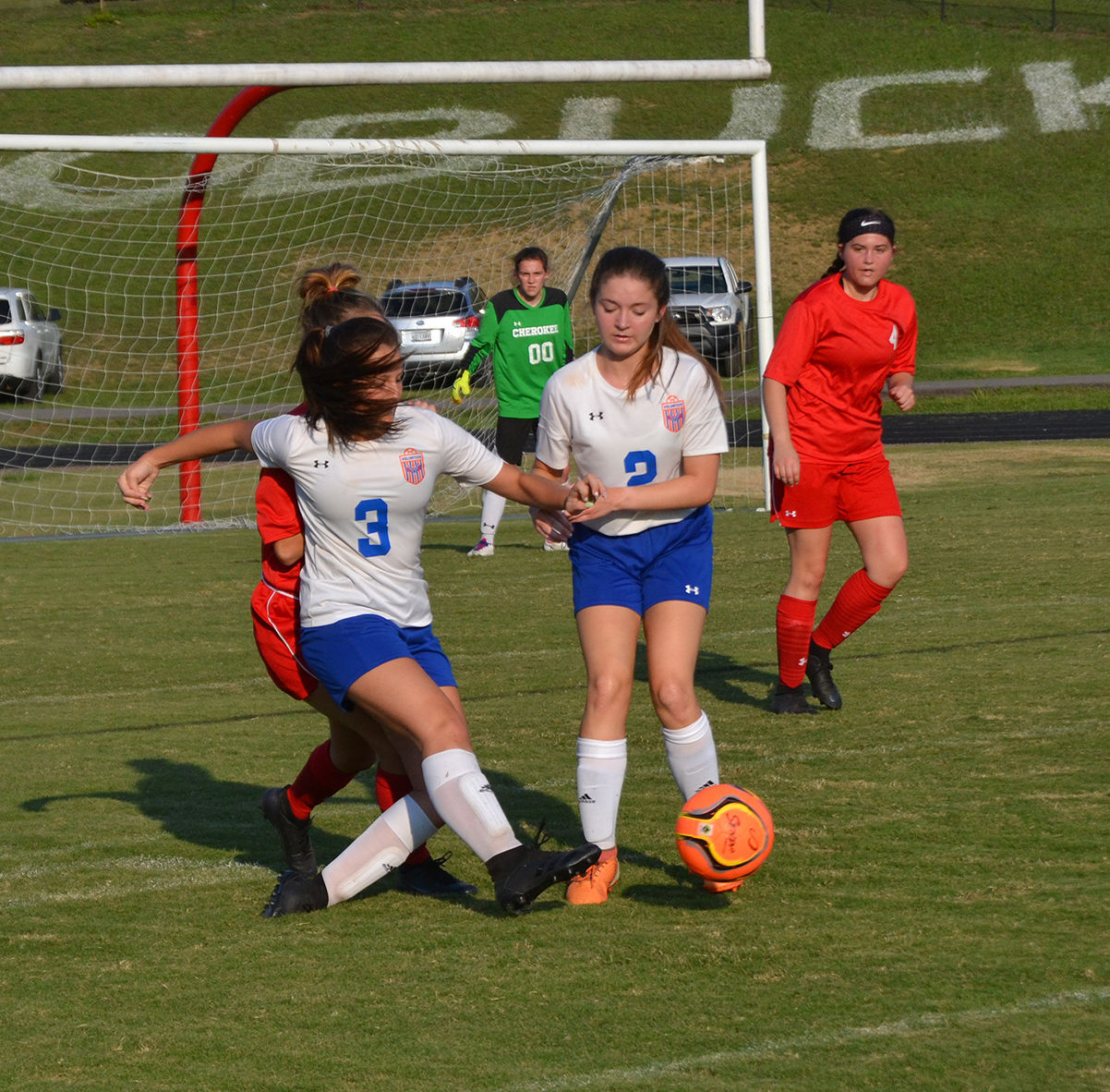 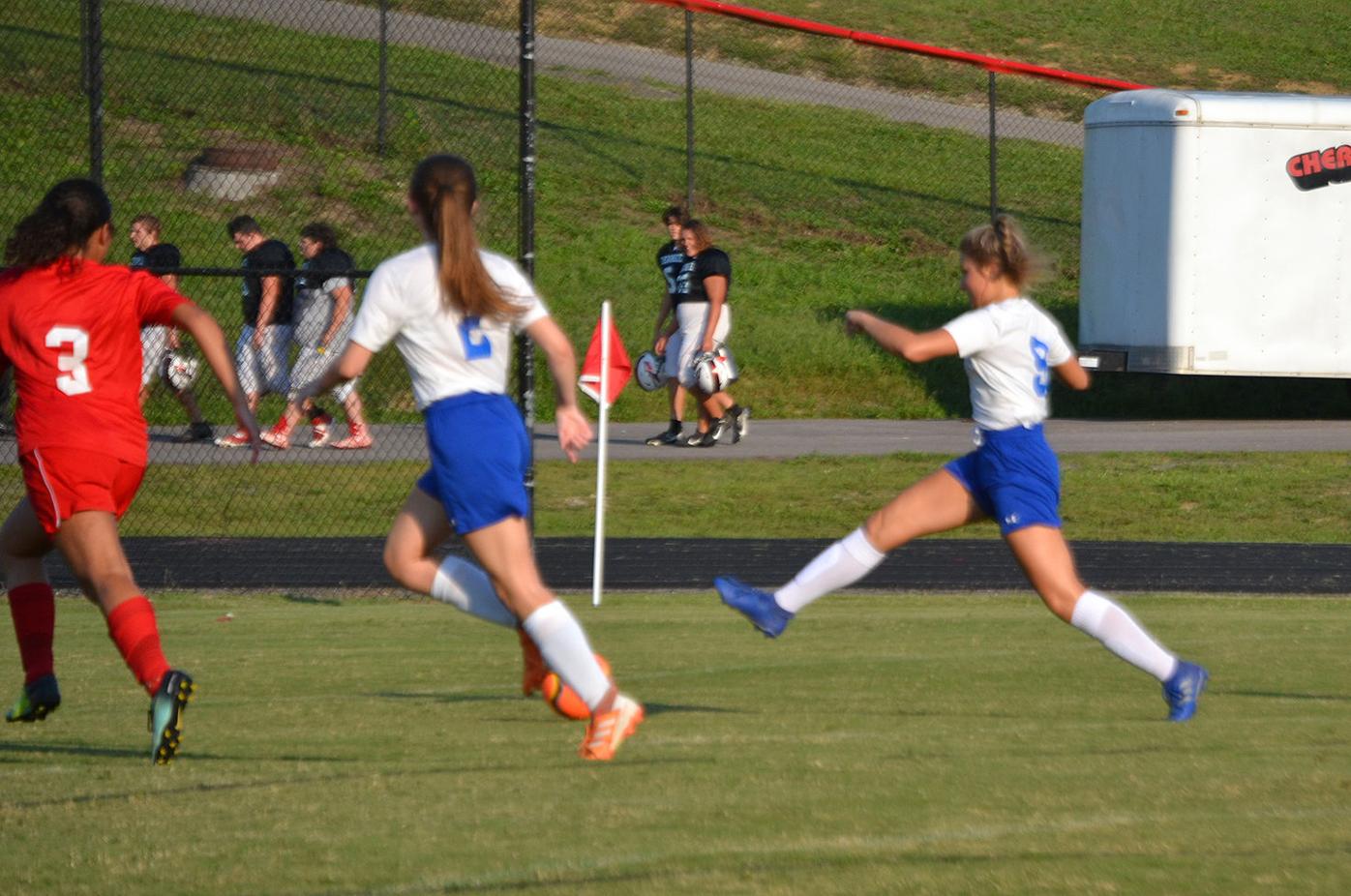 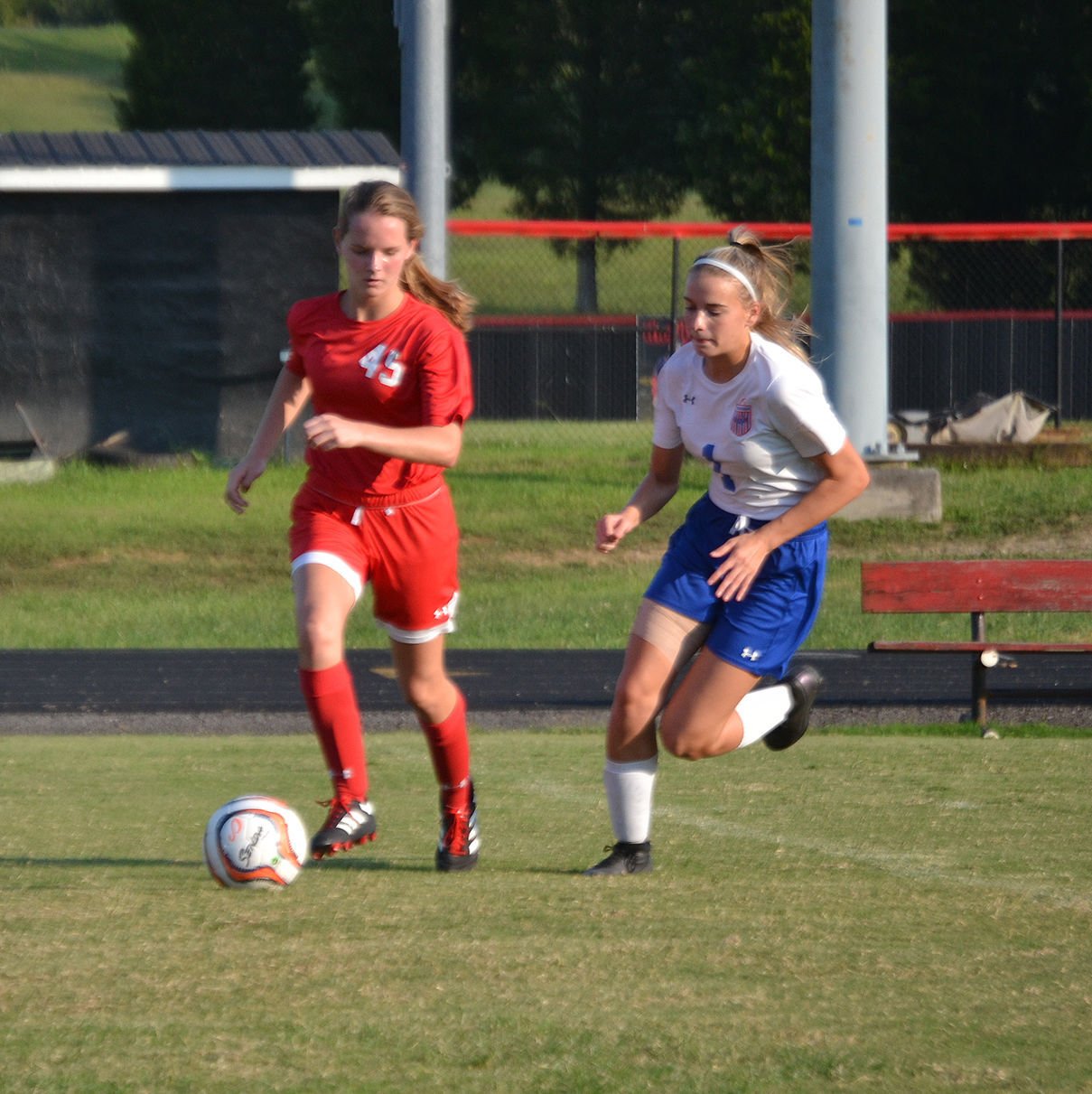 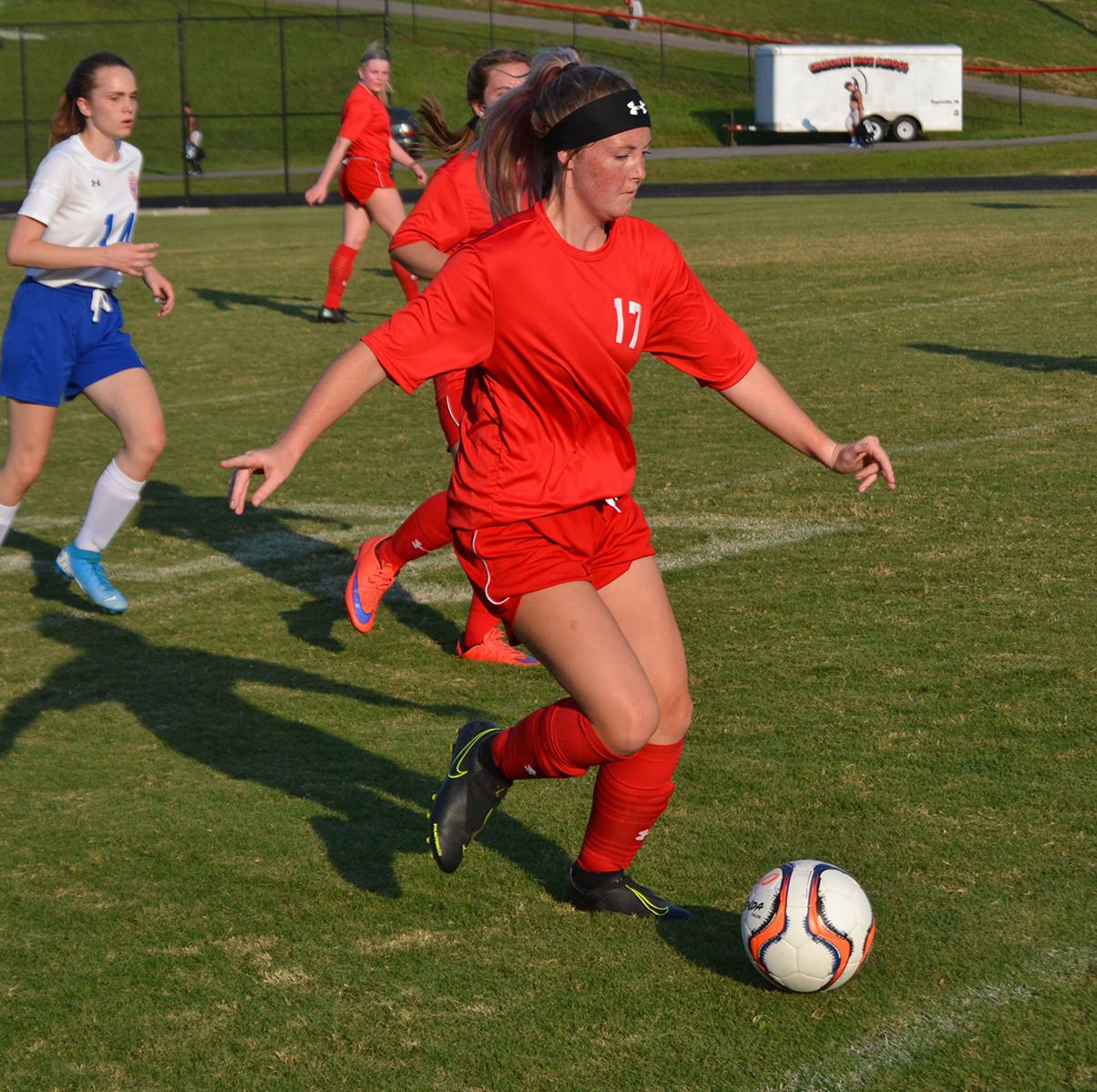 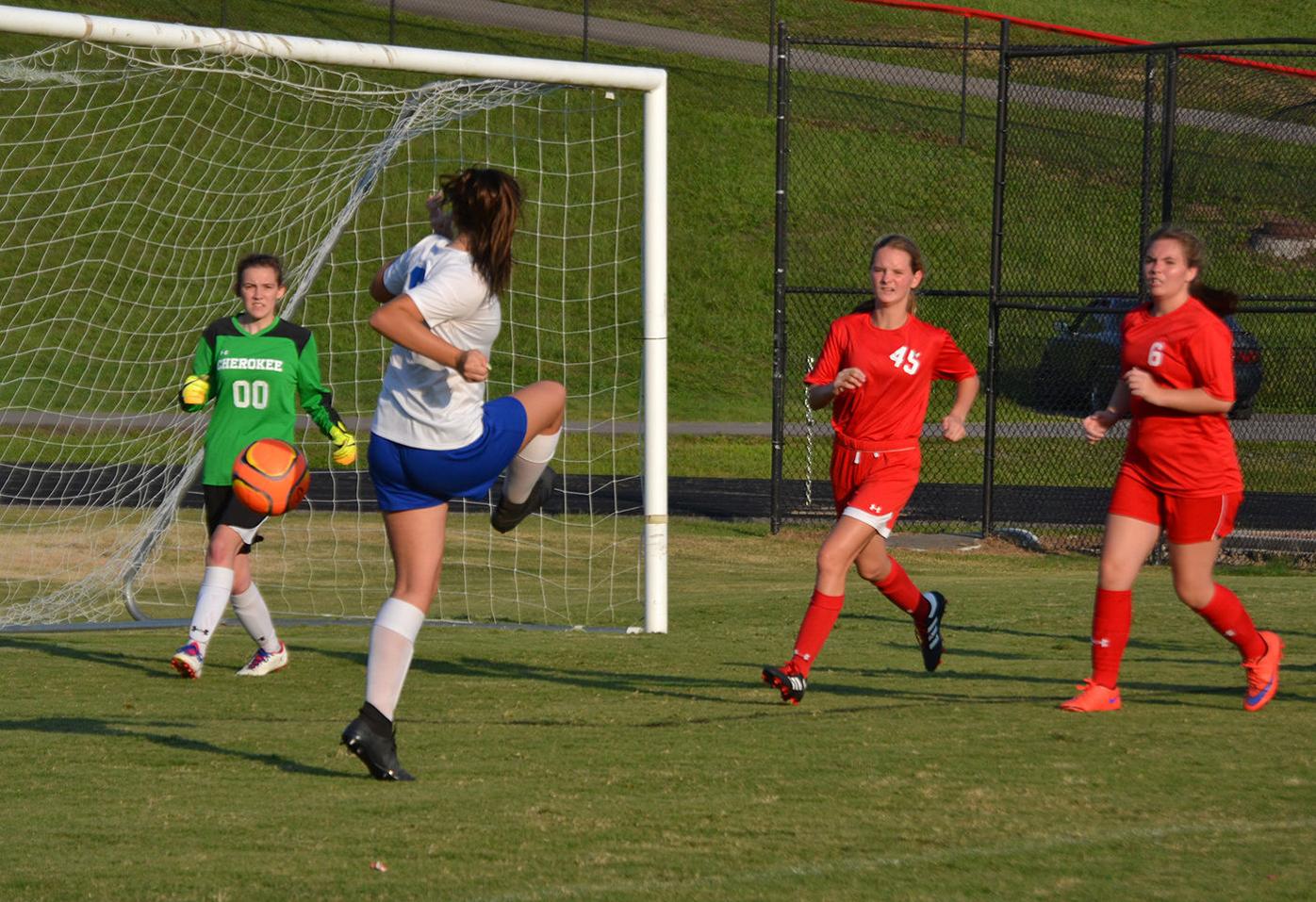 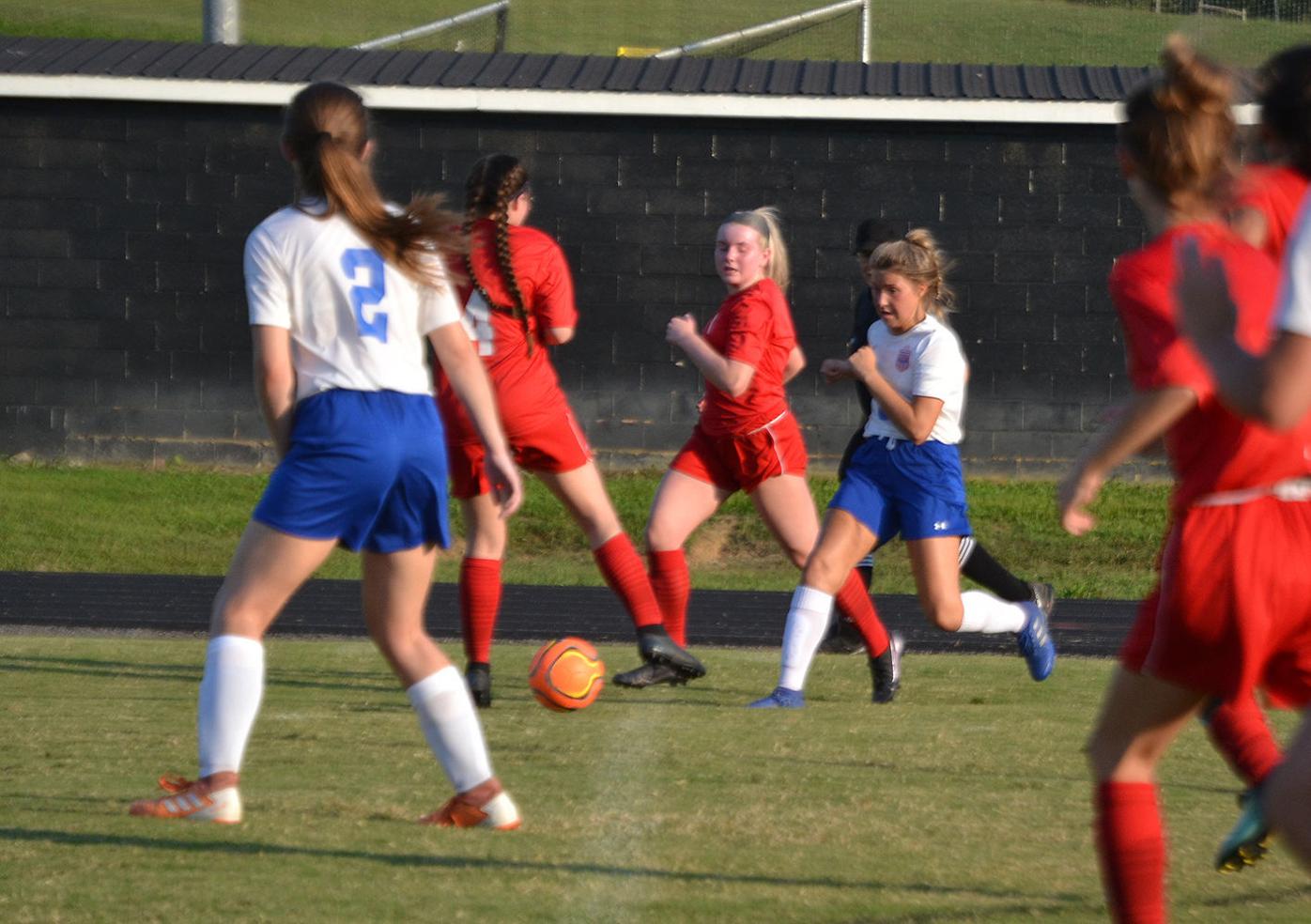 Goalkeeper Erin Smallwood got the shutout for Volunteer.

Cherokee senior Haley Livesay (8) blasts an attempt at the goal.

ROGERSVILLE – Volunteer got goals from five different players while Erin Smallwood pitched a shutout as the Lady Falcons topped the Lady Chiefs, 5-0, Tuesday at Cherokee.

Lauren Grevelle got the scoring started at the 26:53 mark of the first half, kicking in a goal from the right side on a charge by the Lady Falcons.

Nearly 11 minutes later, Grevelle factored in Volunteer’s second goal, when charging with the ball on the same right side, she passed the ball to her left to teammate Sara Winegar, who punched the ball in for the Lady Falcons’ second goal at the 15:05 mark of the first half.

Volunteer took a 2-0 lead into halftime.

Cherokee, with a much shallower bench, was unable to keep pace with Volunteer in the second half as Savanna Hamilton, Emma Lukens, and Kristen Flack added goals for the Lady Falcons.

More Photos on Page 2B