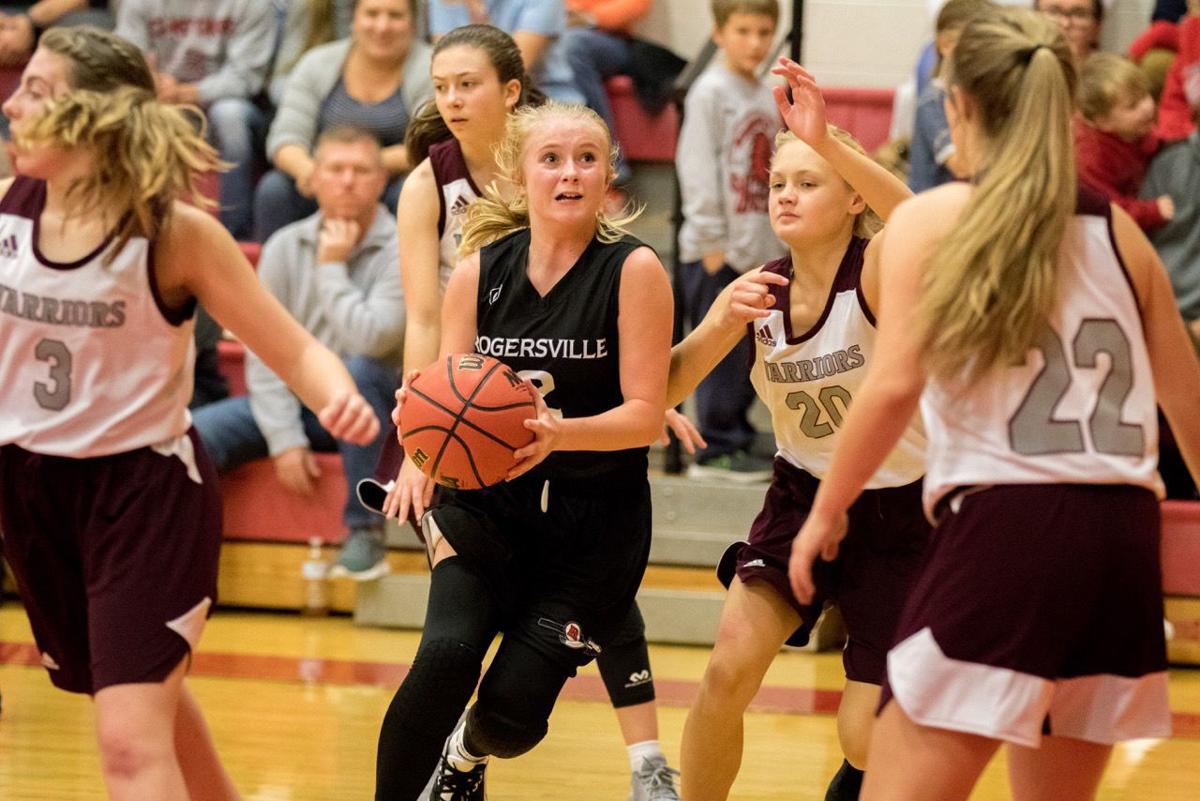 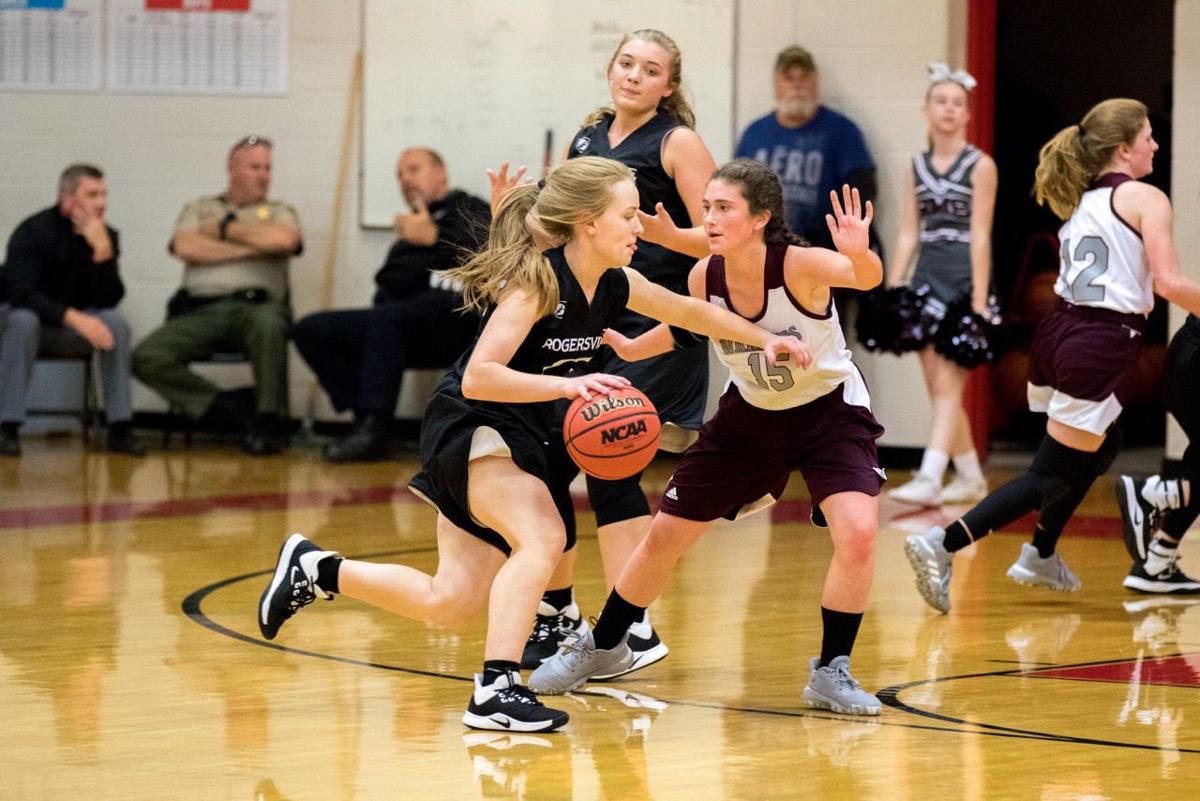 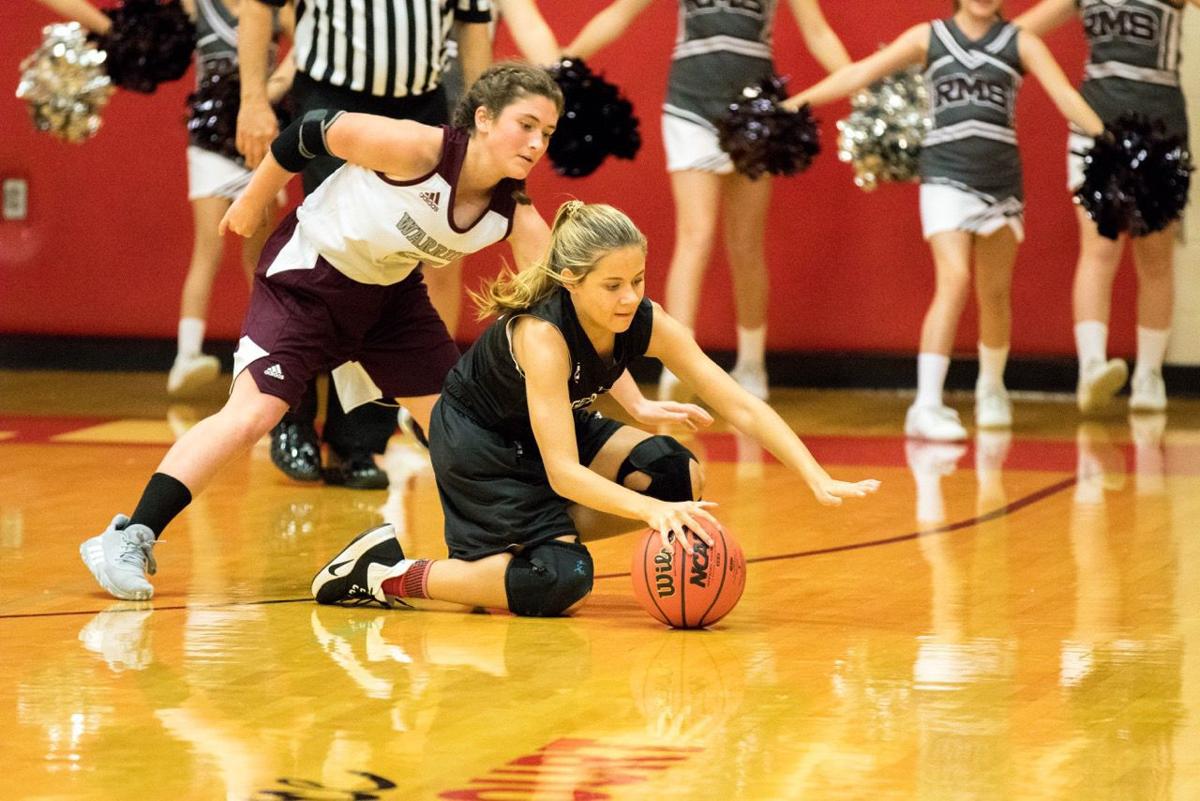 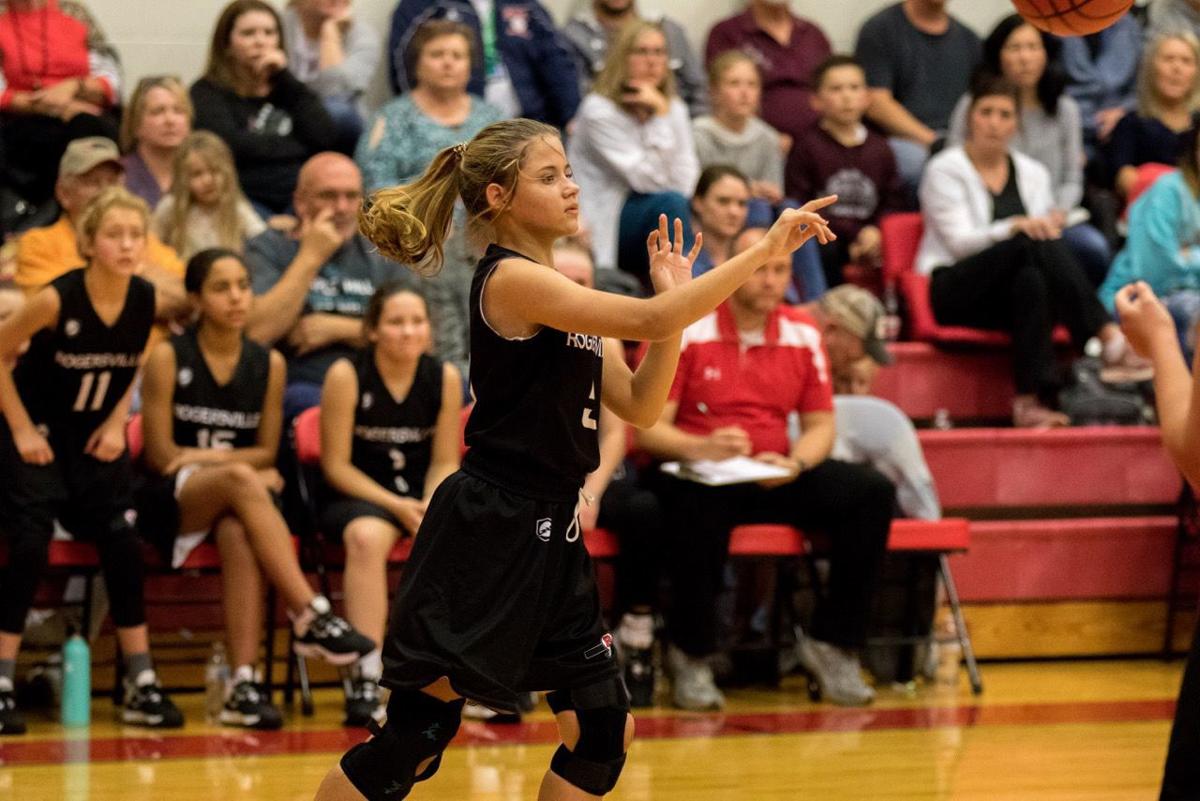 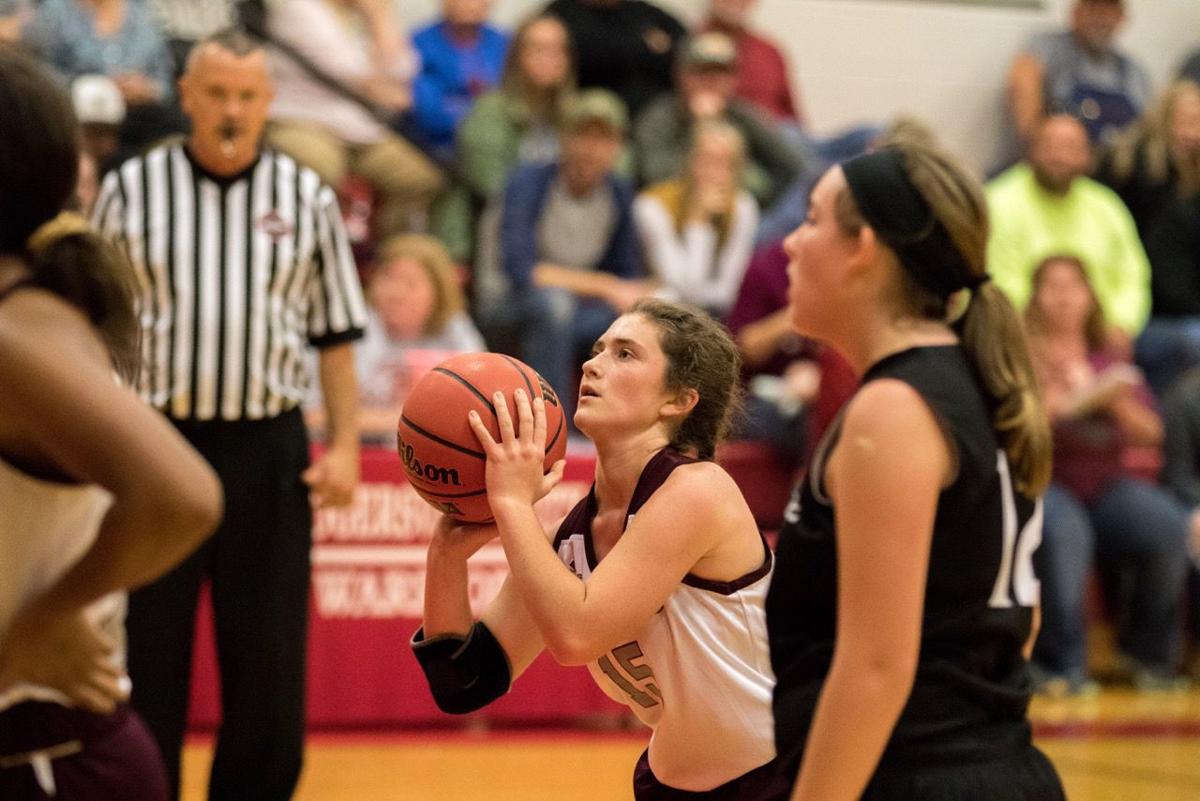 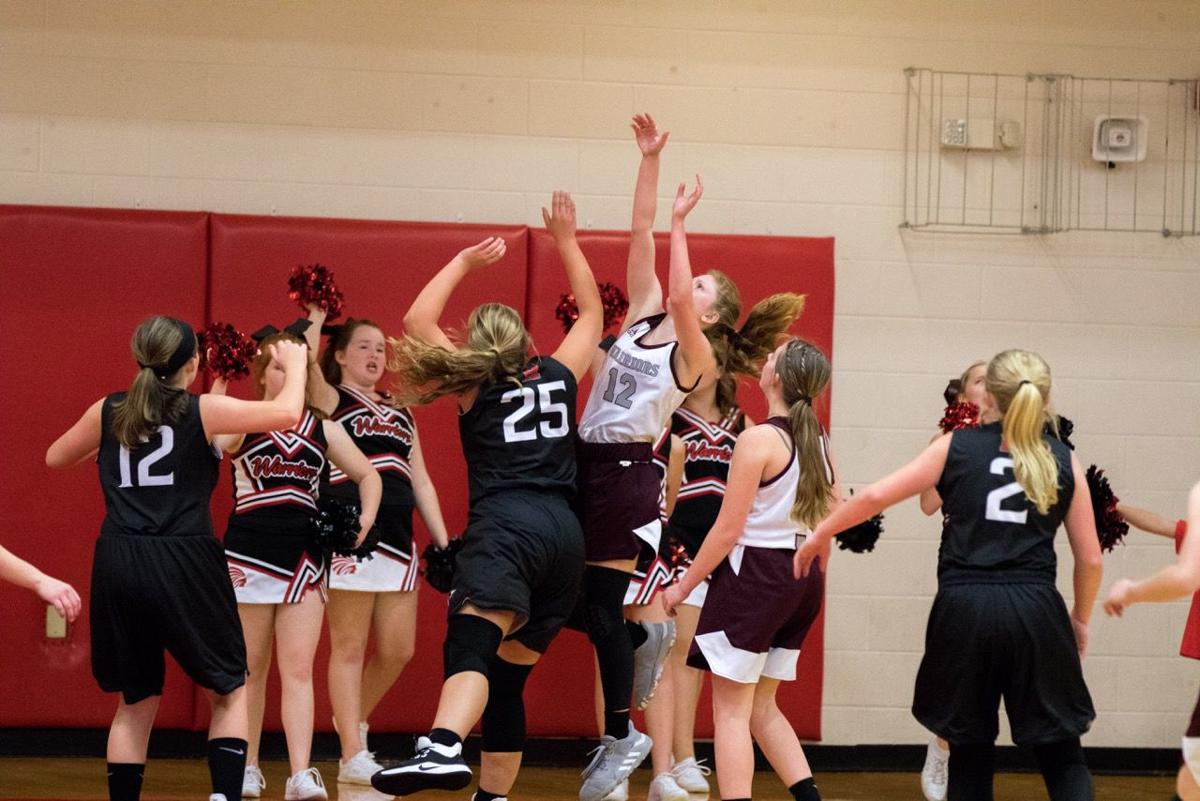 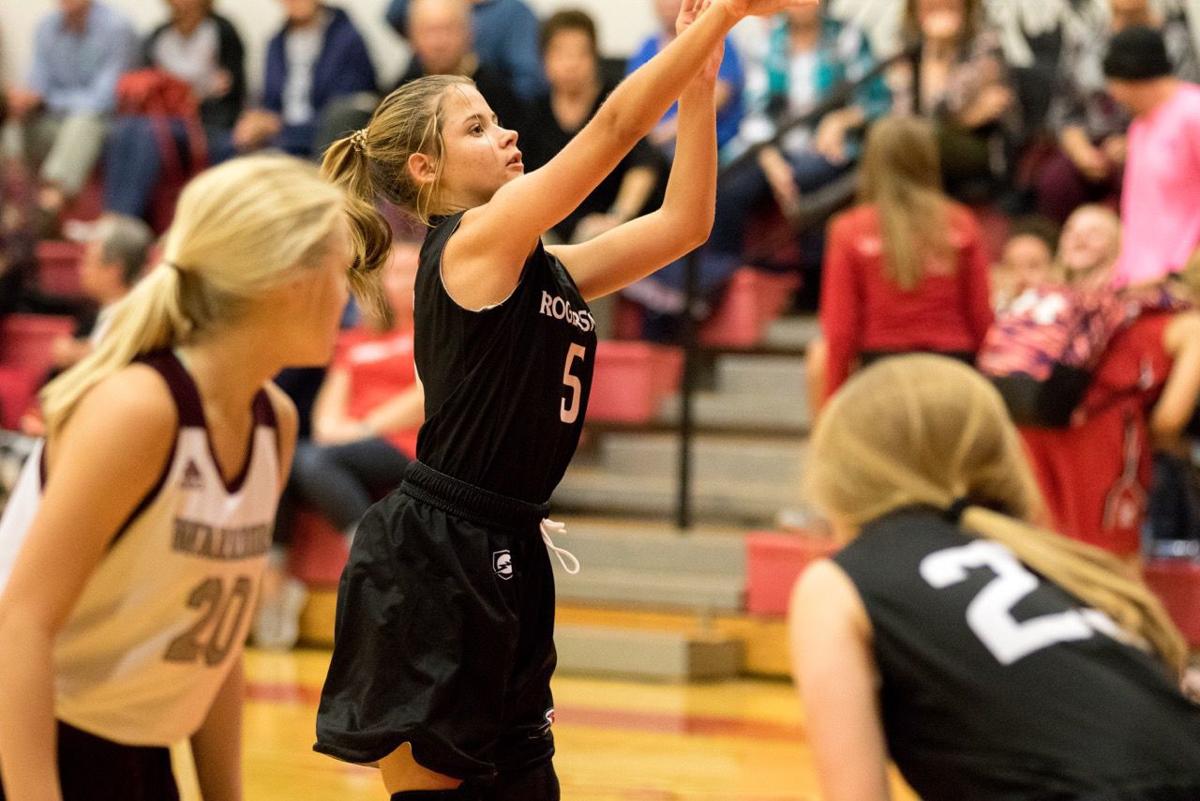 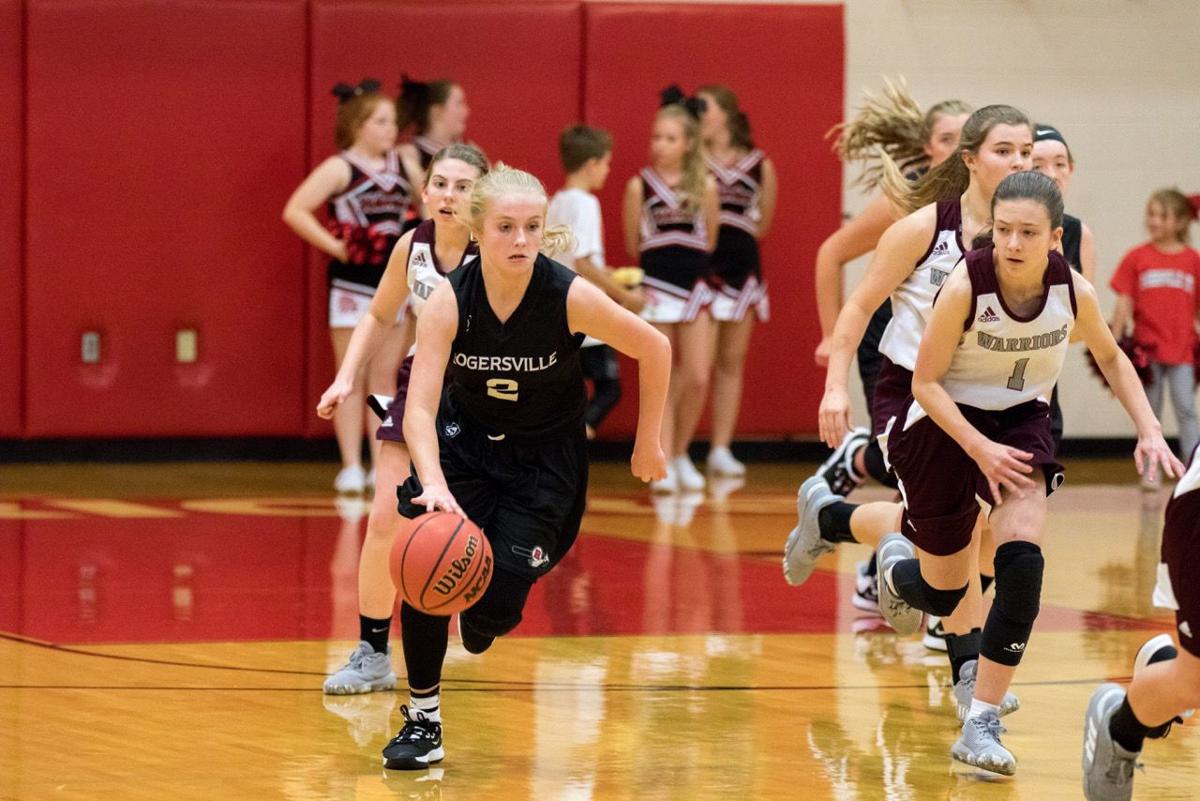 RCS’s Ava Morgan (2) pushes the ball up the floor. 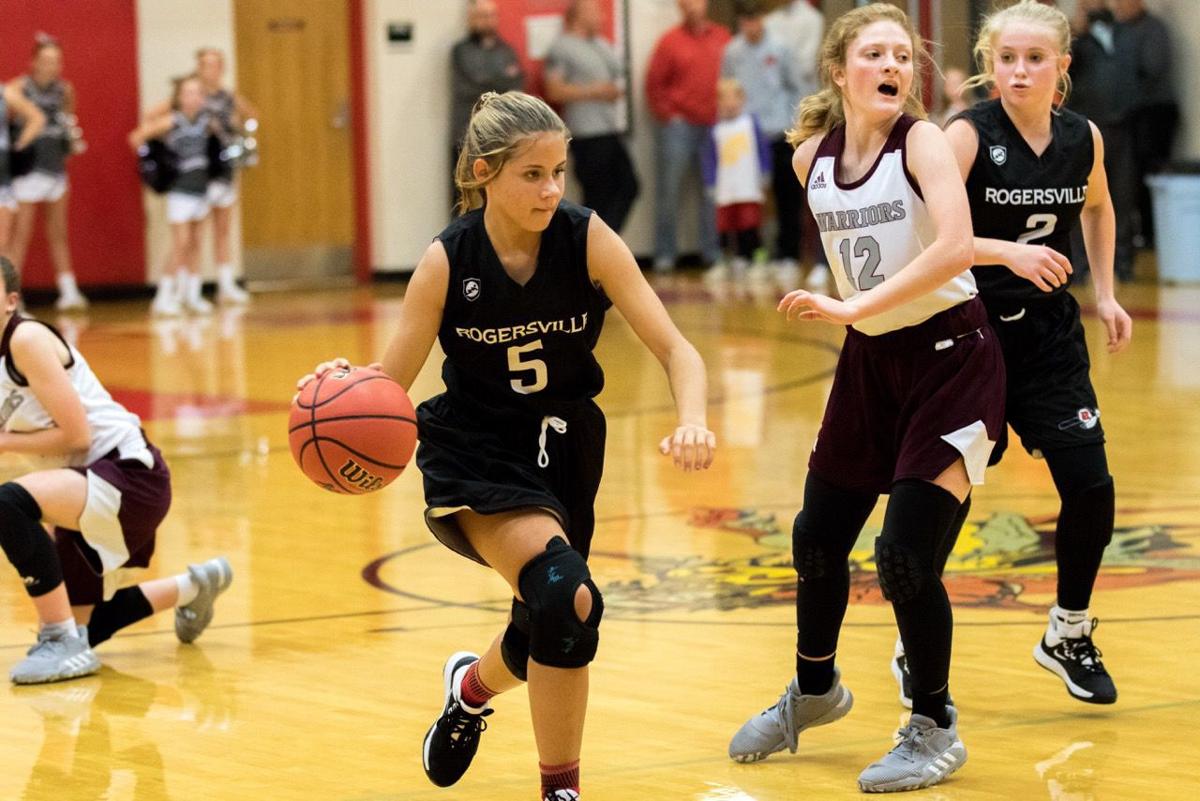 RCS’s Ava Morgan (2) pushes the ball up the floor.

Carpenter scored 19 and Morgan 18 to lead RCS, whose Lady Warriors tied the game at 13 by halftime after trailing 5-3 after a sluggish first quarter.

RCS’s offense came to life in the third quarter, outscoring the Lady Warriors from RMS, 18-11, in the frame.

Morgan scored 10 in the third, while Carpenter added six, breaking open the close contest to help RCS take a 31-24 lead into the fourth.

The two clubs battled to a 12-12 tie in the final quarter, as RMS was unable to overcome the lead RCS built in the third.

Matazja Goins had a strong night for RMS, scoring 16 points – 14 in the second half, including one three – to lead the RMS Lady Warriors.