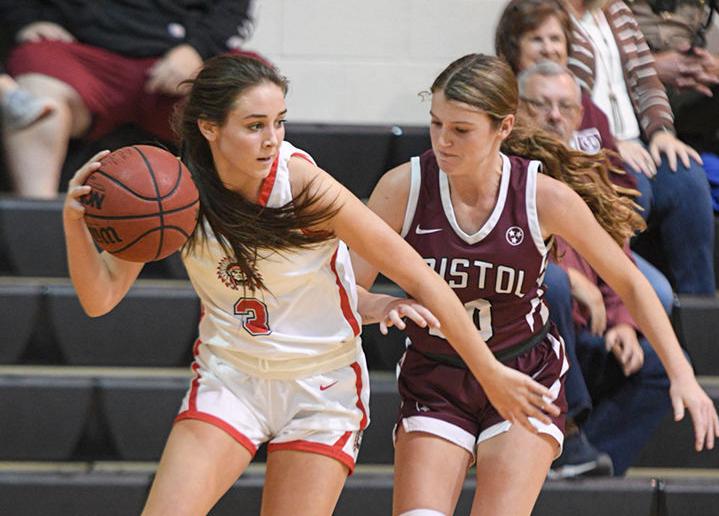 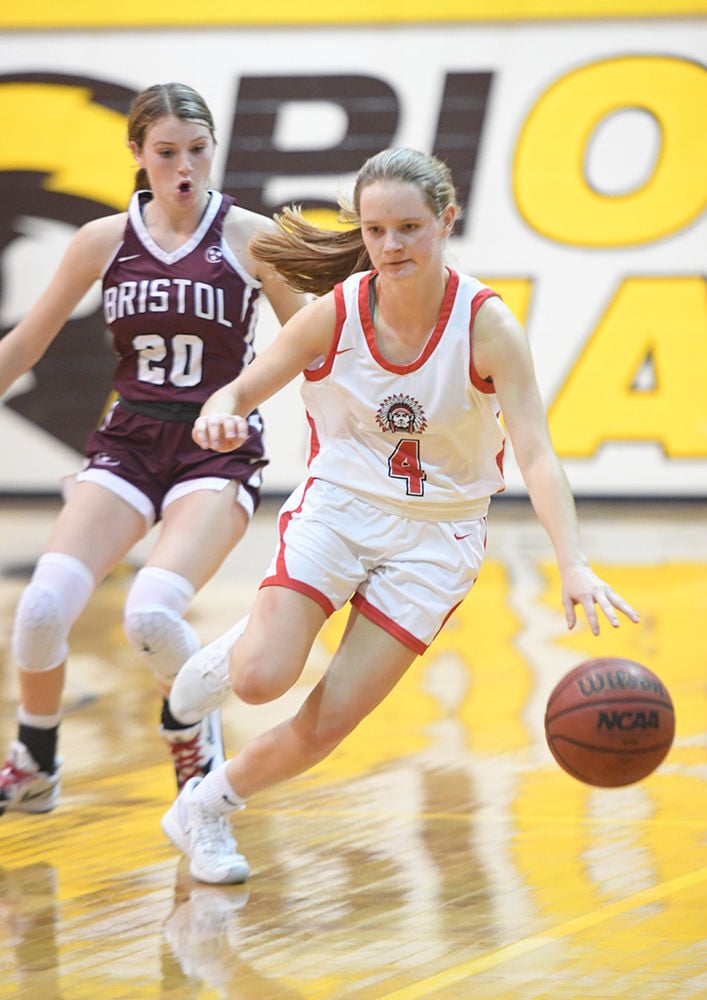 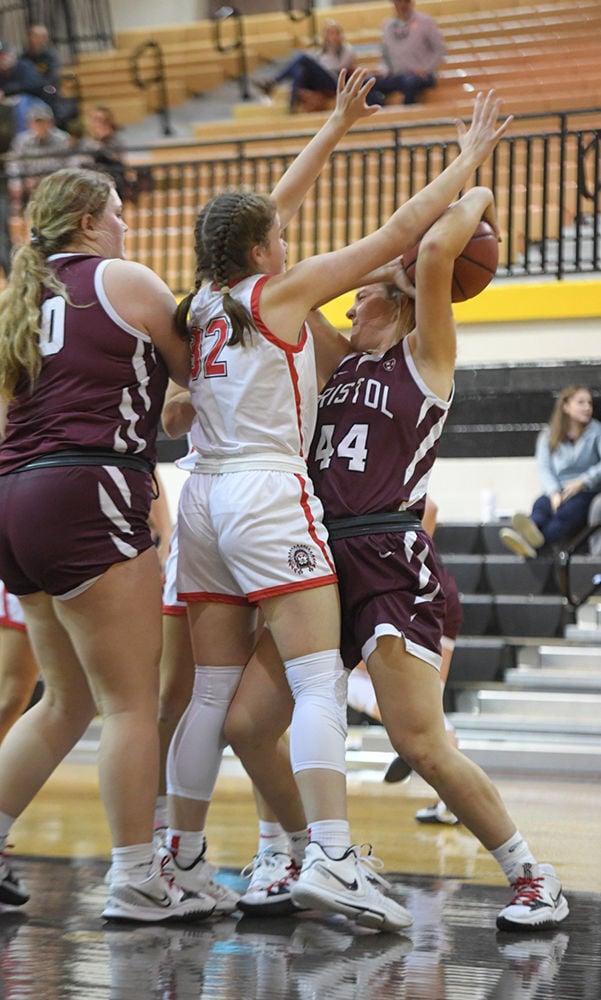 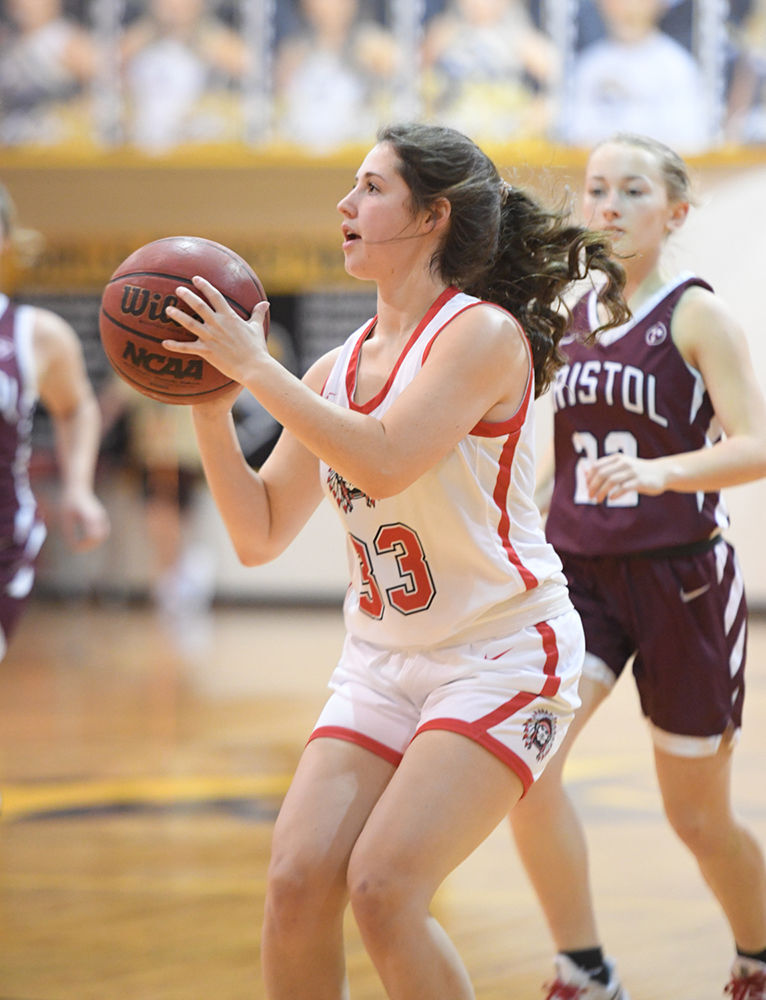 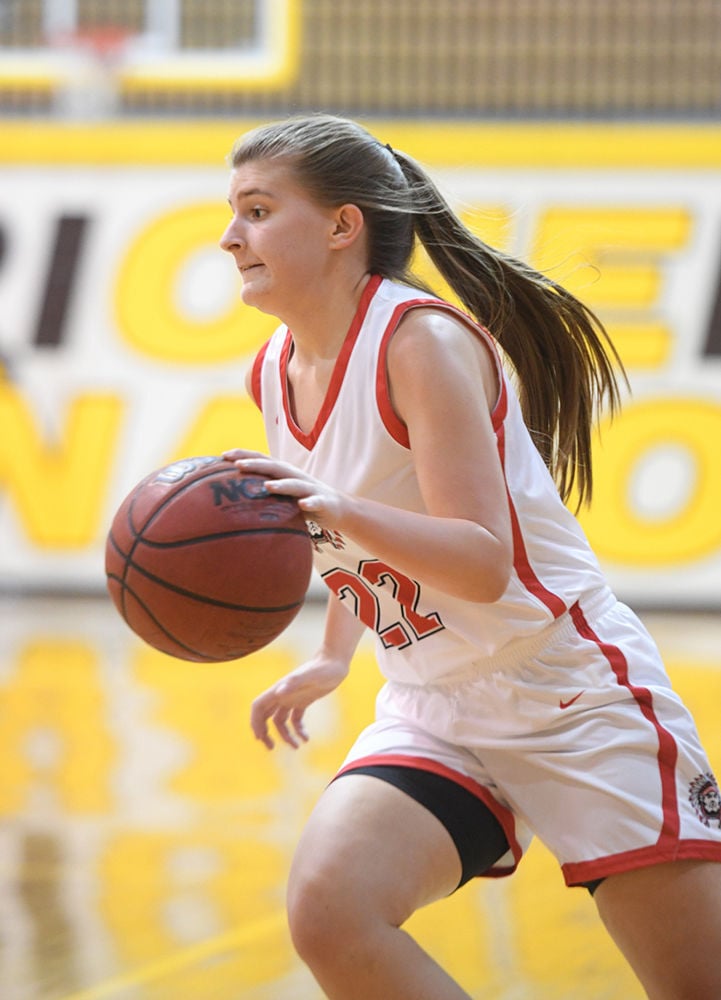 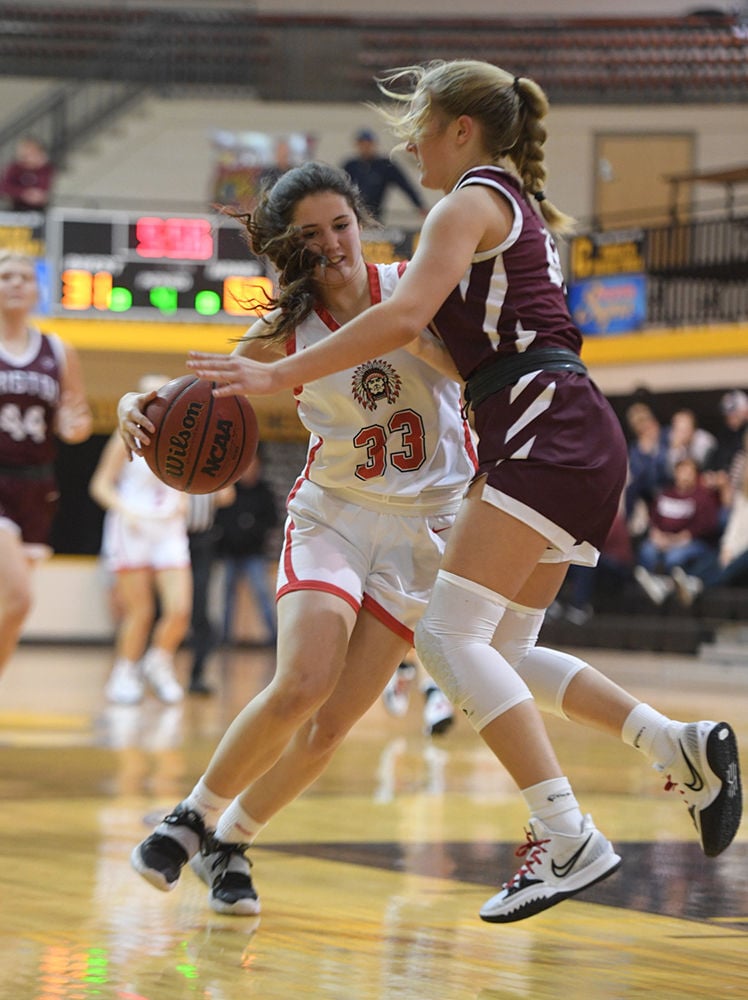 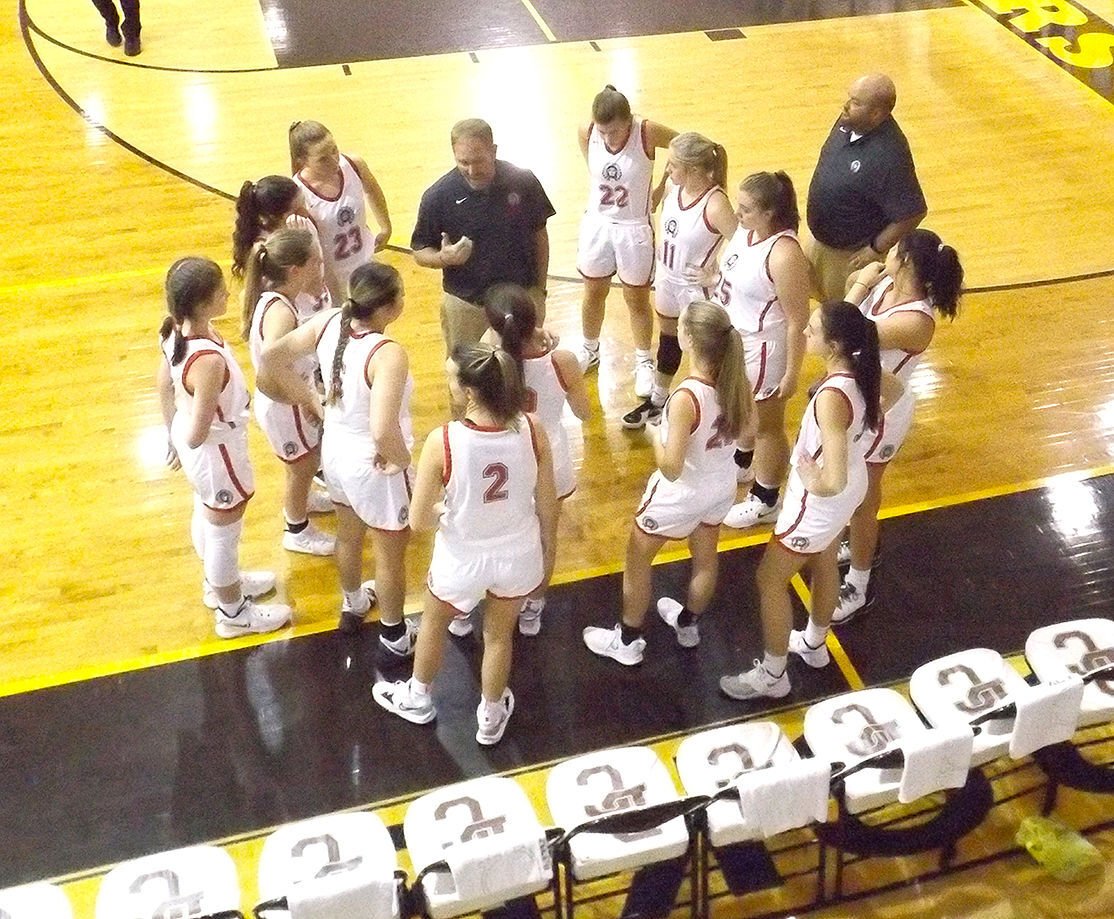 Cherokee coach Jason Lawson rallies his troops during a timeout in the Hardee’s Classic. 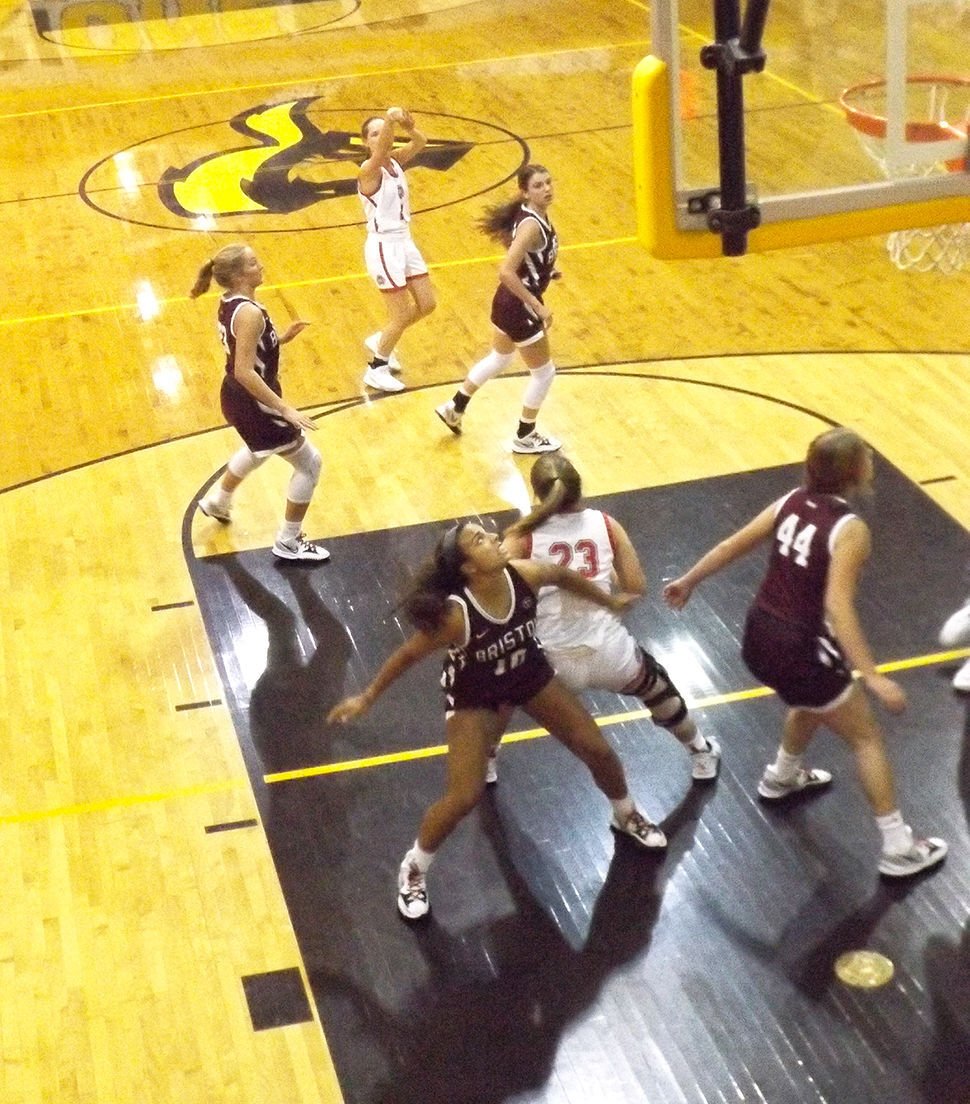 Cherokee coach Jason Lawson rallies his troops during a timeout in the Hardee’s Classic.

JONESBOROUGH – Cherokee shot the ball well from the field and the foul line and cruised past Tennessee High, 62-41, in the tournament-opening game of the Hardee’s Classic Monday afternoon at David Crockett High School.

The Lady Chiefs came in ready to play, scoring 20 points in the first quarter as four players hit three-pointers in the opening frame.

“I’m really proud of the effort we came in with and that’s the thing we talked about,” Lawson said. “Effort and energy are two things that you can control no matter what time or how many people are in the stands. I thought we did a really good job of that.”

“At times, it was hard to get in a flow,” Lawson said. “There were so many fouls and stoppages going on that it really kind of messed the flow up. But I was really pleased with the way our girls came out and we were able to knock down some early shots, which took some pressure off. Once you get that pressure relieved a little bit, things always seem to flow a little bit better.”

Cherokee continued the onslaught in the third quarter, outscoring the Lady Vikings, 19-7, to take a 56-27 lead into the fourth.

“We’ve been working on shooting quite a bit in practice,” said Lawson, whose team improved to 2-2 after a 1-2 showing in Hall of Fame games. “We’re kind of hit-and-miss sometimes and we kind of got on a little roll there last Thursday against Unicoi (a 65-61 win) and against Hampton (a 72-62 loss), as well. I wasn’t surprised, but I was relieved we were able to step in and make some big shots.”

Three Lady Chiefs scored in double figures with Emma Houck leading the way with 17. Her twin sister Anna scored 13 and Macy McDavid added 11. Emma and Anna were each 5-of-6 from the foul line, while McDavid was two of three. Improvement at the line hasn’t gone unnoticed.

“We’ve gotten a lot more practice in the four games,” Lawson said. “We’ve shot more free throws in four games than we have in the first 12 games last season. So that would put us in about the middle of January last year.

“We’ve been spending a lot of time working on it and we’re fairly aggressive in attacking the rim. Once you do that, you start getting rewarded by going to the free throw line. I’m just glad we can cash out,” Lawson said.

In evening their record, the Lady Chiefs have shaken off the throttling they took in encountering the perfect storm to start their season: a road game at the new West Ridge High School. The Lady Wolves rode the emotion of the first home game in the school’s history to a 65-24 win, a setting few visiting teams could have endured with much success.

“We’ve really worked hard since West Ridge,” Lawson said. “We came out on the first game of the season and they had that place rockin’. I had two kids on the roster who had never played in front of a student section, much less one like they had up there. It’s a great environment. Their team was really fired up and amped up.

“I’d like to think that we’ve improved a little bit since then. That kind of brought us back down to earth, showed us what we needed to work on. We’ve really paid attention to the details and things and we’ve been scoring a whole lot better since that game. We’ve been able to create some offense off of our defense. Once we start getting those shots going in close, it always helps out a little bit further away,” Lawson said.

“They brought back nine and I had two,” Lawson said. “I told her that was no fair. They’re well-experienced and it was a good test for us because it really showed where we are weakest and what we needed to work on and we’ve been really competitive ever since.”

“I just want to make sure we can improve each day. Obviously, as we continue to move forward, the competition is going to be a little bit stronger each night (in the Hardee’s tournament). We just want to try to bring it each night and up our level of play as our opponents increase,” he said.