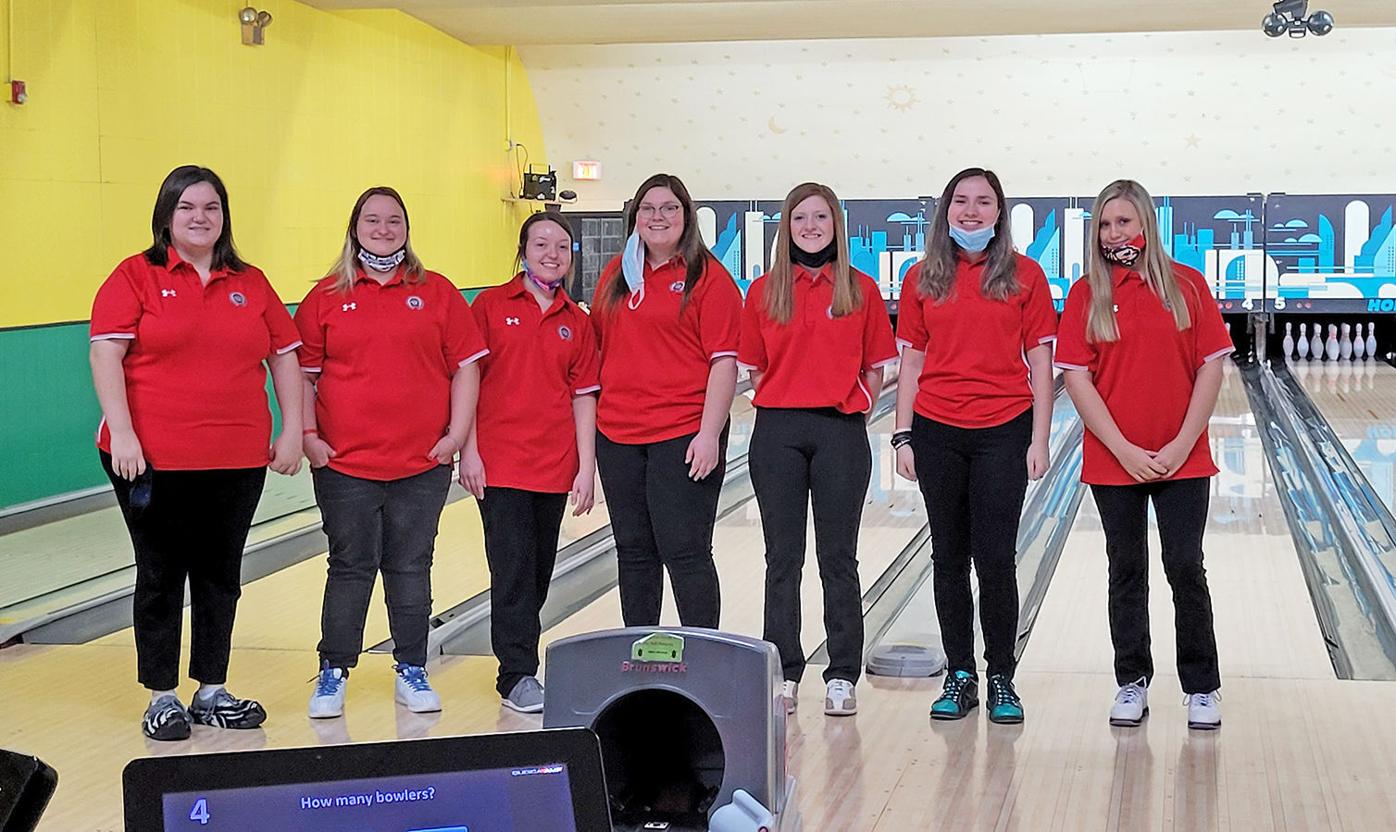 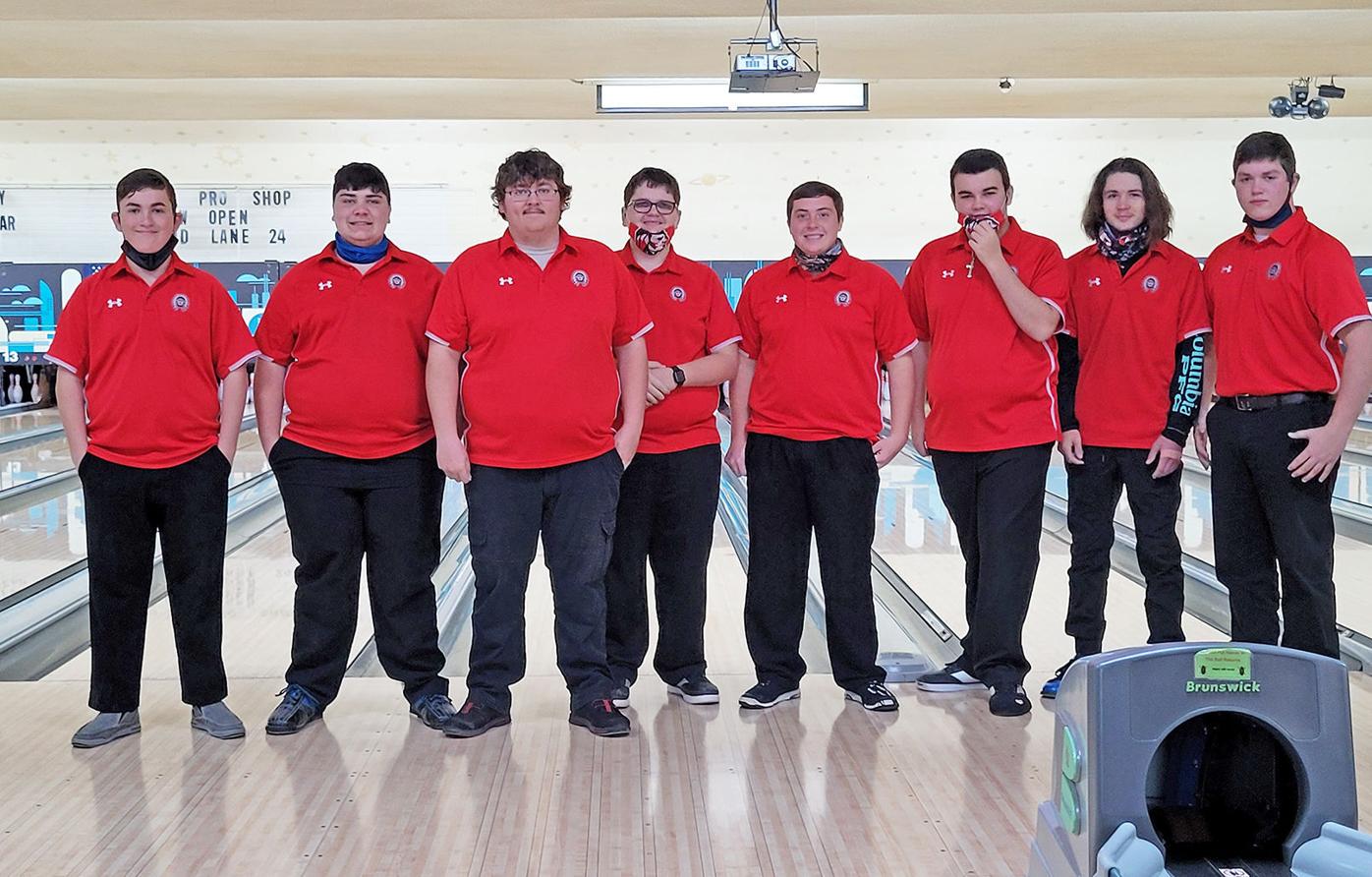 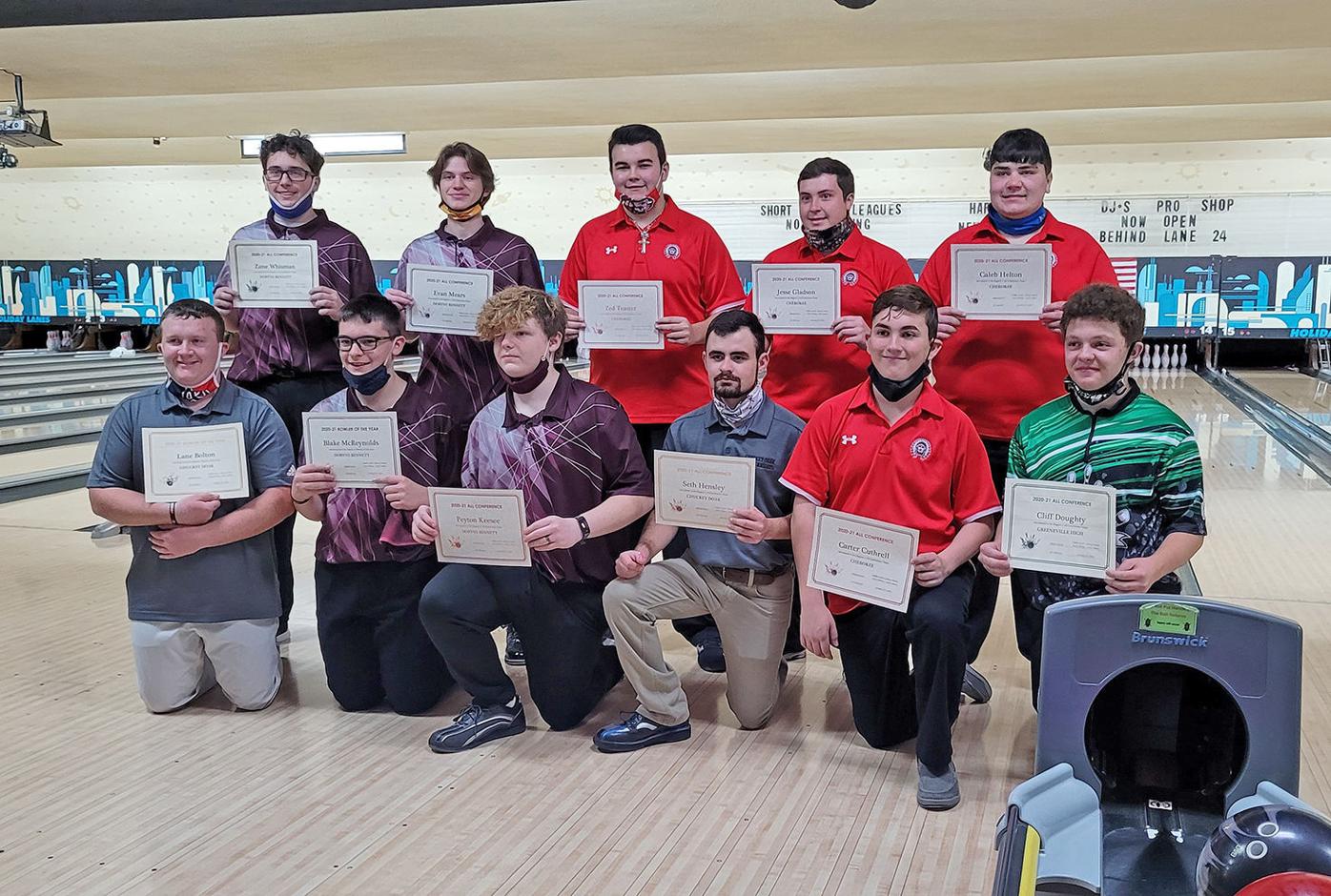 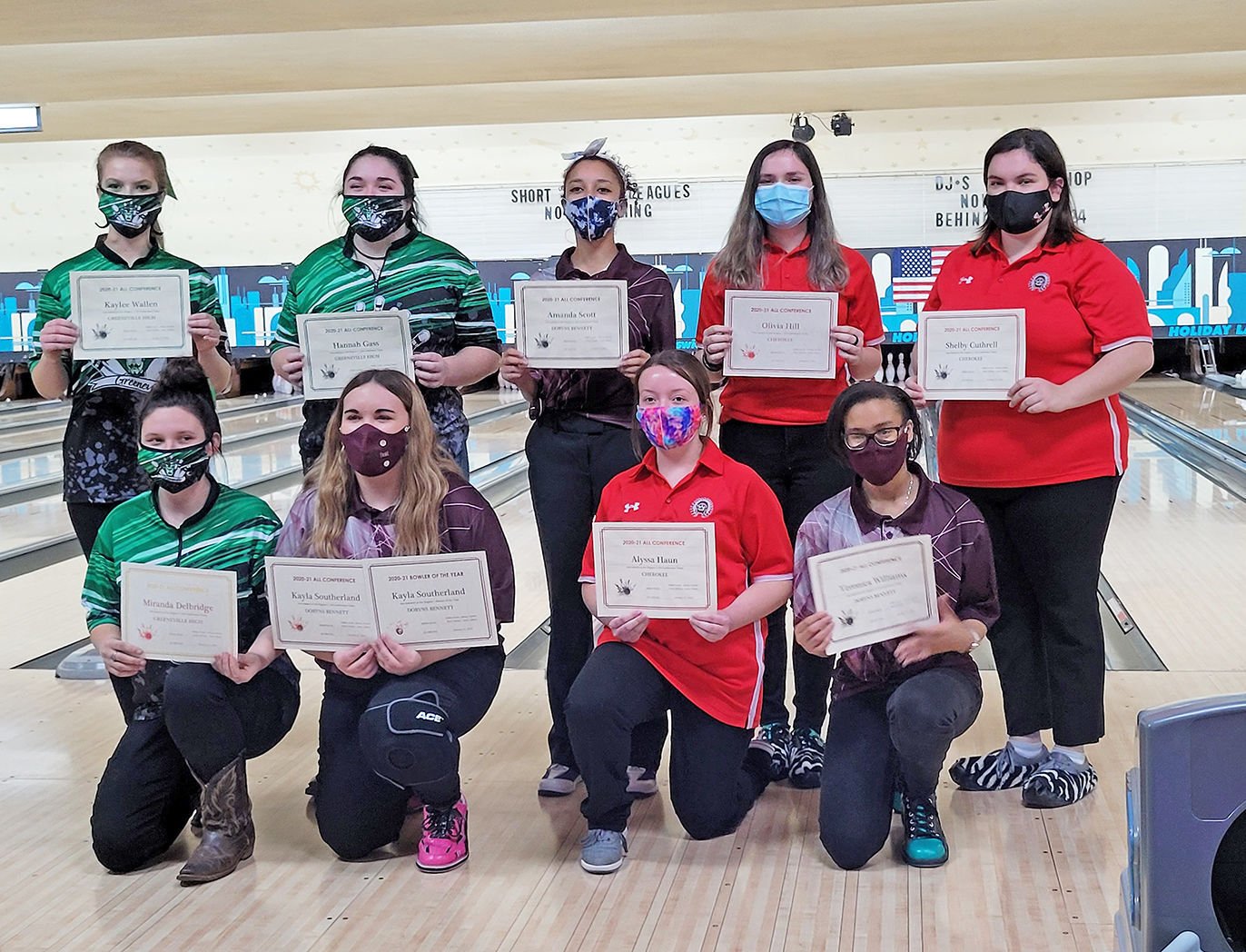 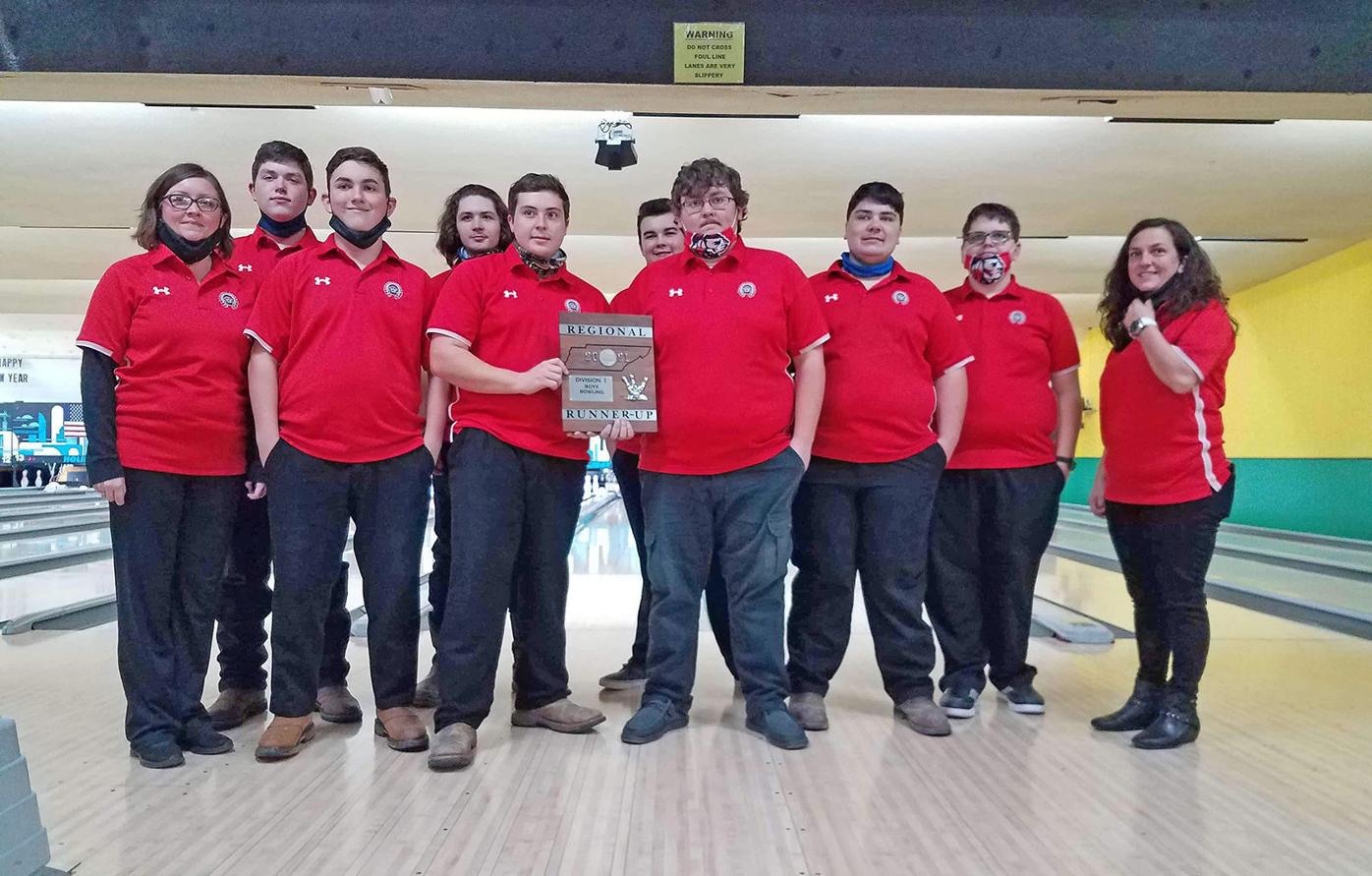 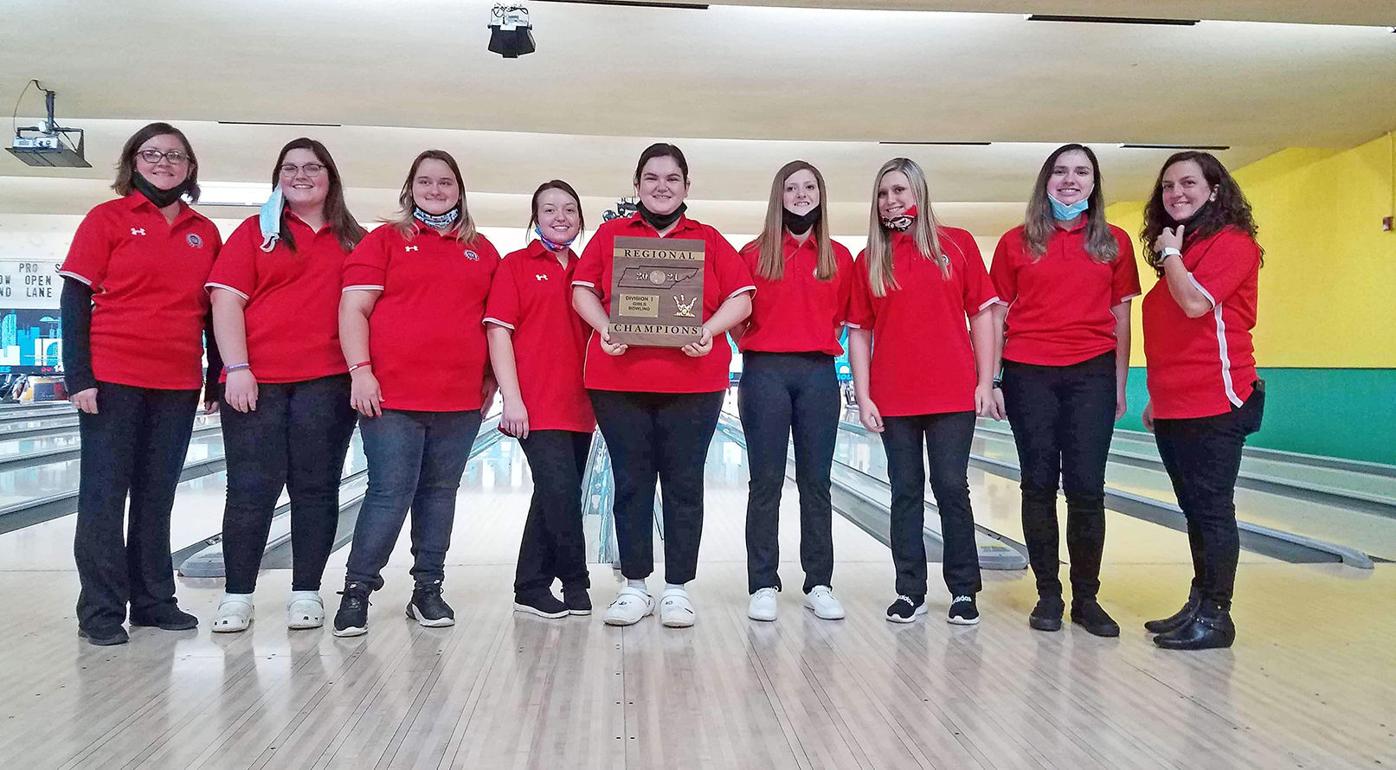 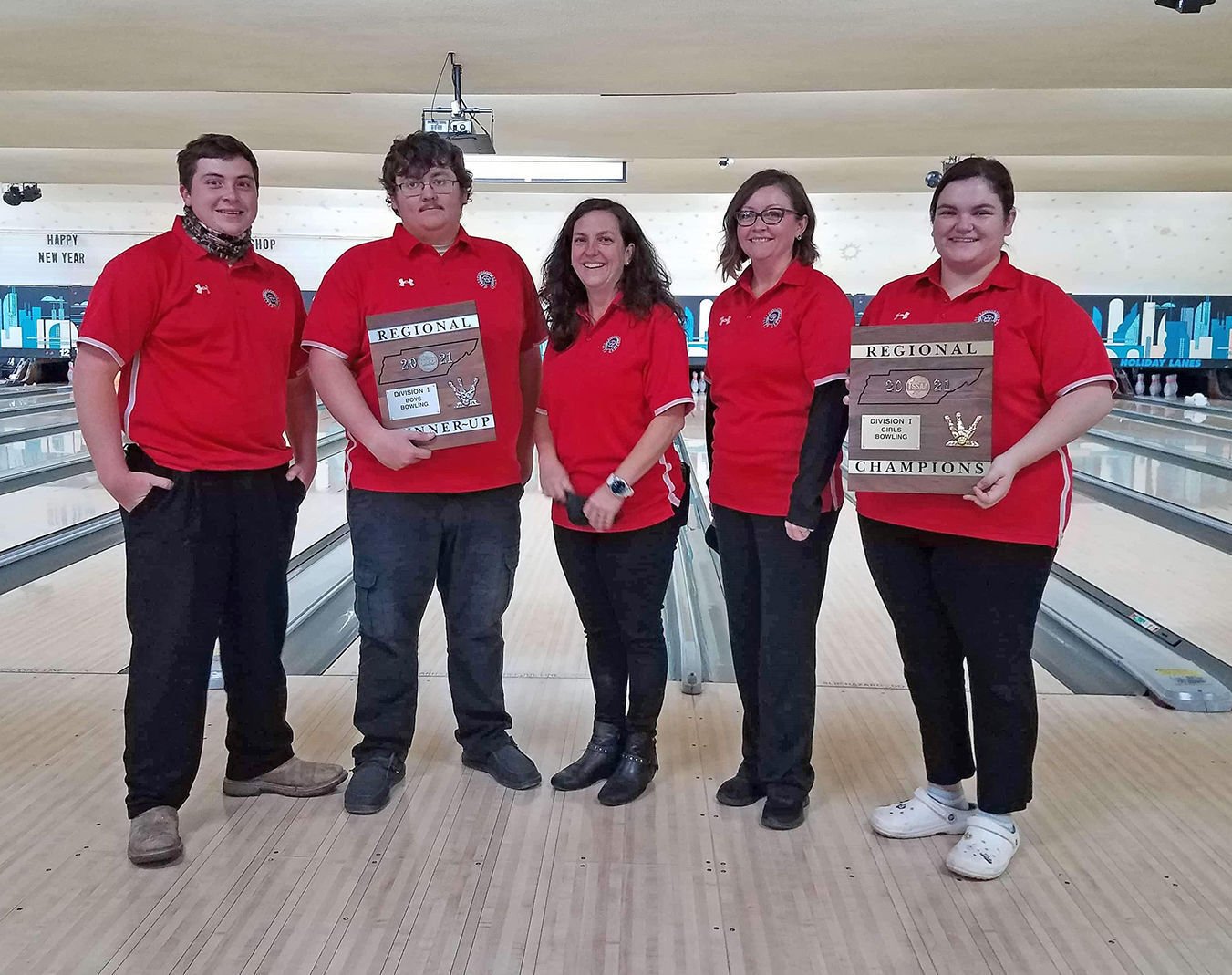 The boys’ team had a record of 5-4 and was runner up in the region. Four members of the team earned all-conference honors; Caleb Helton, Zed Teaster, Jesse Gladson, and Carter Cuthrell. The other Chiefs are Hunter Price, Jacob Henry, Logan Colbert, and Carter Trent.

Coach Cuthrell added “From these teams we lose one girl and two boys, so we should be strong for the next two years.” She also added that they had three Volunteer students on this year’s team, but would welcome more Falcon participation.

The Chiefs bowling teams will be holding tryouts in the spring.