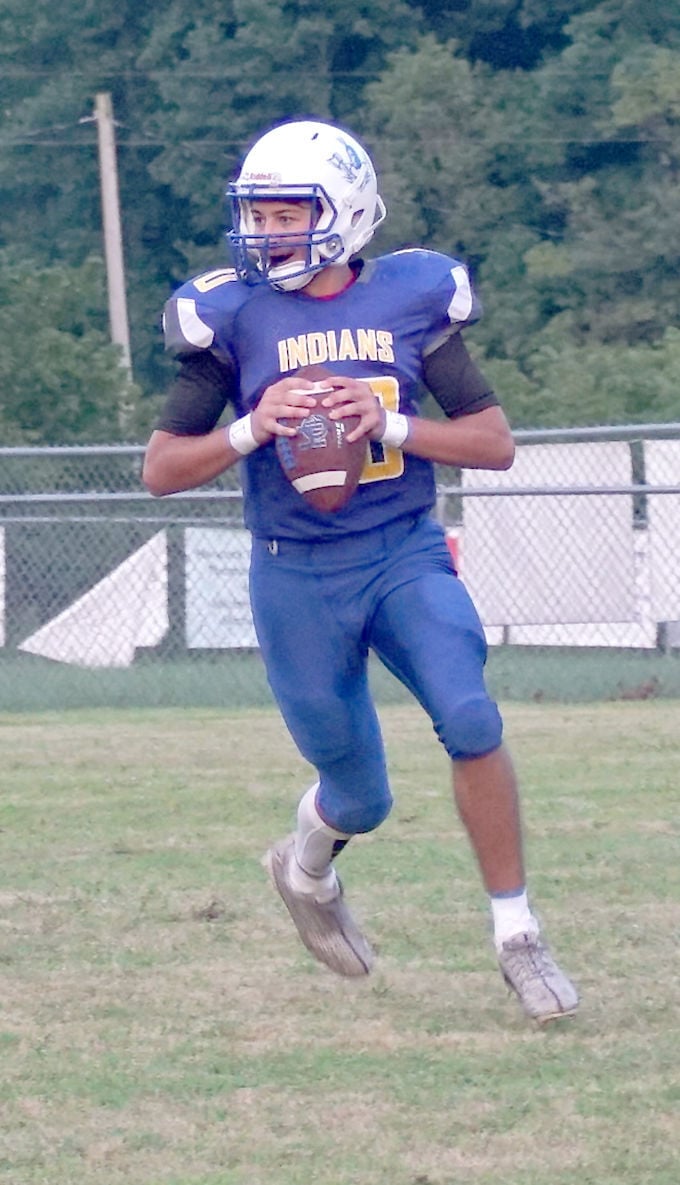 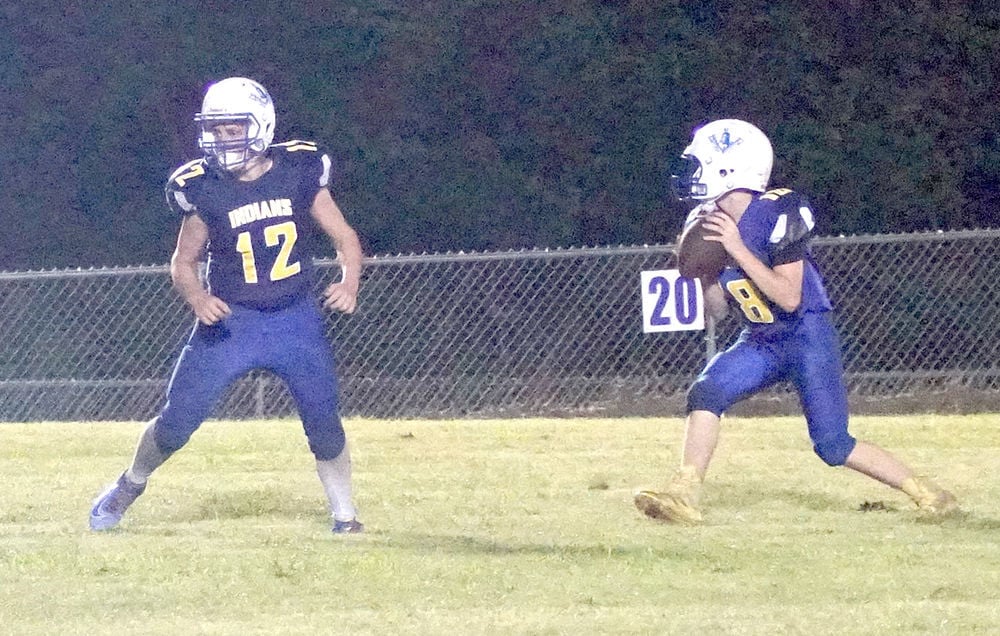 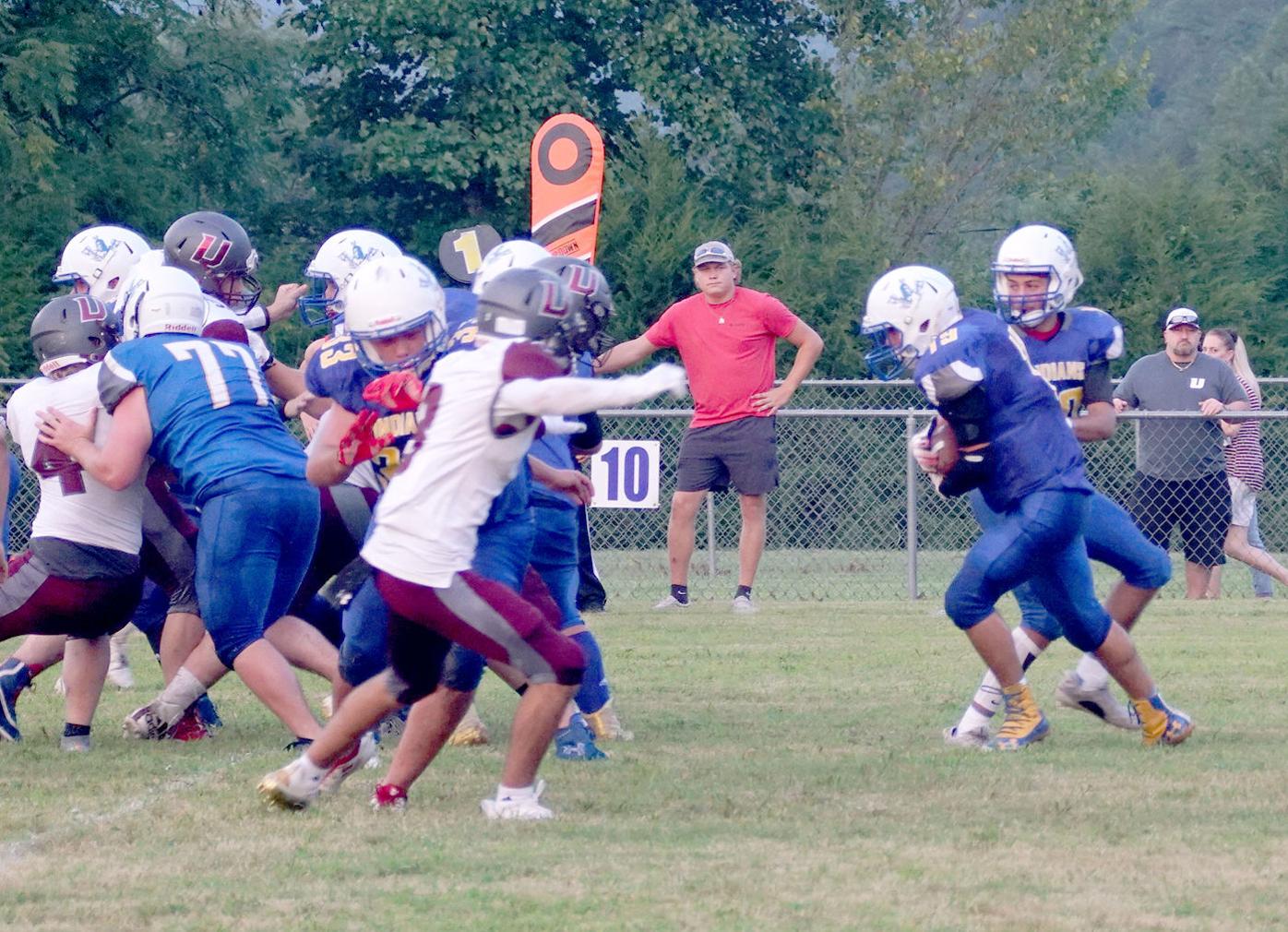 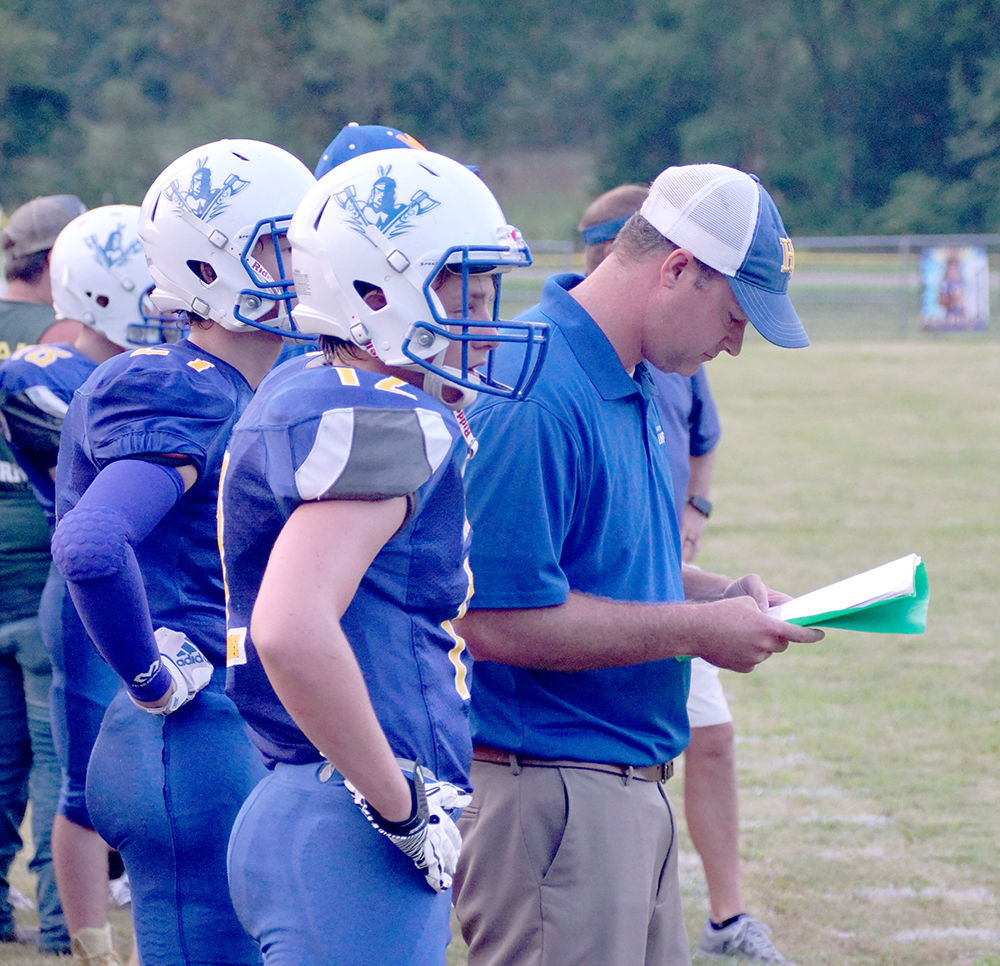 SNEEDVILLE — The Unaka Rangers defeated the Hancock County Indians 36-14 in the opening game of the season in Sneedville on Friday night. The young Indian team stayed close for a while, trailing 14-6 at halftime before falling behind in the second half.

The Indians kicked off to start the game. The Rangers gained two first downs but then fumbled and Tyler Gibson recovered for the Indians. They were held to a three and out and had to punt. The Rangers broke a long run from near mid-field and scored. The point after failed and the Rangers led 6-0 at the 5:20 mark of the quarter. Brady Johnson returned the kickoff to the Indians 39 yard line. The Indians couldn’t move the ball and on fourth down the ball was snapped over punter Devon Blevins’ head, but he gathered the ball in and got a punt off.

In the second quarter the Rangers moved the ball deep into Indian territory, aided by a targeting penalty against the Indians. Near the Indians’ goal line the Rangers fumbled and Devon Blevins scooped the ball up and ran the length of the field for the Indians’ first score of the season. The point after failed and the score was tied with 11:34 to go in the half. On the next drive Joseph VanBremen intercepted a Ranger pass at the Unaka 41 yard line. The Indians couldn’t capitalize, giving up a sack on third down. The Indians held the Rangers on the next series, boosted by a sack by Kameron Davis. Devon Blevins ran for a first down, but the drive stalled with the Indians turning the ball over on downs at the Unaka 30. The Rangers drove and scored on a six yard run. After a successful PAT pass, the Rangers led 14-6. The next Indian drive ended when the Rangers intercepted a Blevins pass. The defense held as the half ended.

In the third quarter, the first Indian drive stalled and again punter Devon Blevins had to recover a high snap and the get off a punt. With 5:54 to go in the quarter Unaka scored on a short run and made the point after to lead 22-6. On the next drive Blevins had a long run and the Indians drove downfield but the drive was stopped at the Ranger 5.

With 11:2 to go the Rangers turned a short screen pass into a touchdown, The PAT made the score 30-6. The Indians turned the ball over on downs. The Ranger added another touchdown run with 3:55 to go and the score was 36-6. Freshman quarterback Chandler Parson led the Indians to their final score, completing three passes on the final drive. The game’s final score was a Chandler to Paxton Stewart pass.

Blevins finished the game with 72 yards rushing on 9 carries and was 3 of 13 passing for 29 yards. Parson completed all three of his passing attempts for 54 yards and a touchdown to fellow freshman Paxton Stewart, who had 4 catches in the game. Kameron Davis had 7 tackles while Jarod Bolden and Tyler Gibson added 5 each. After the game Coach Gibbs said “We didn’t play near physical enough to give ourselves a chance to win. We must improve in technique and physicality if we want to be competitive. Those will be the areas of focus this week.”