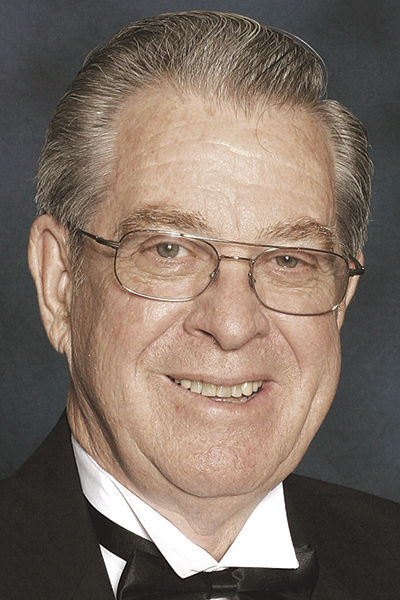 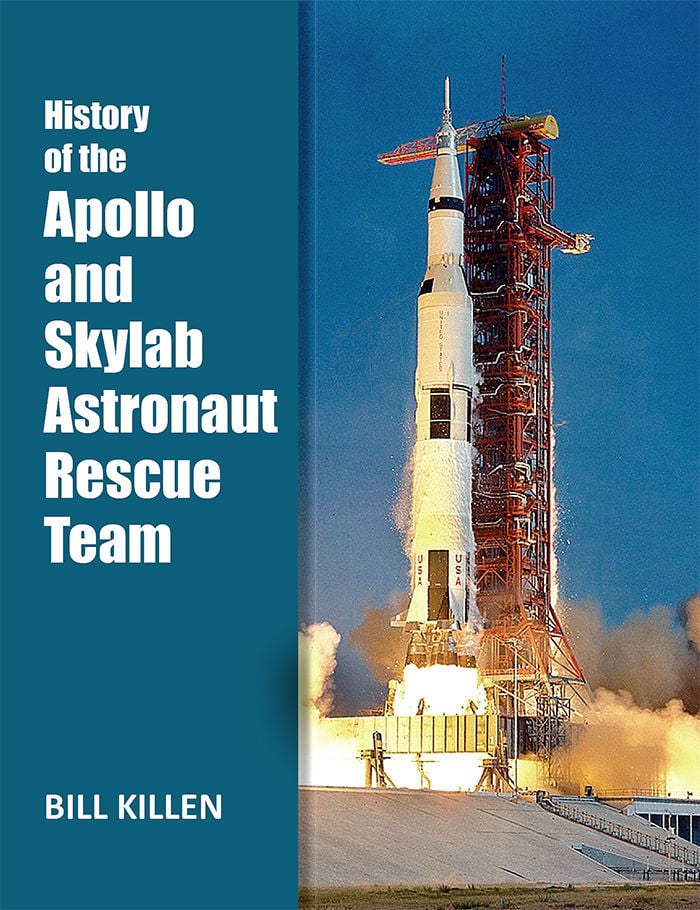 The cover of Killen’s new book.

The cover of Killen’s new book.

Killen, who is the National Fire Heritage Center President (NFHC), FIFireE CFO and International Association of Fire Chiefs (IAFC) Former President, will sign copies of his book on Wednesday, Dec. 4 from 10 a.m. to 2 p.m. at the Review office (316 East Main Street).

Readers may recall that the Review featured Killen’s career in the Spring, 2019 edition of “Discover Hawkins County”, and also in the Review the week of July 20 this year on the 50th anniversary of the Apollo 11 moon landing.

Killen was able to witness a fascinating point in history, as he served as a member of NASA’s Apollo Astronaut Fire and Rescue Team; thus, his book chronicles the history of the Apollo and Skylab Astronaut Rescue Teams.

The tragic Apollo One fire

Killen’s book begins in much the same way as did the Astronaut Rescue Teams themselves — with the tragic Apollo One fire.

Killen explained that the aforementioned Astronaut Rescue Team was established after the Apollo One diasaster, which took place on Jan. 27, 1967.

“NASA had a procedure in place for rescue of the astronauts in case something happened, and, as a result of the fire, they realized that the procedures they had in place were inadequate for performing a rescue,” Killen told the Review.

After the fire, NASA tasked the Kennedy Space Center Fire Department with developing the Astronaut Rescue Team and its procedures.

Killen is one of five surviving members of the original Rescue Team.

Once the Rescue Team was well trained in official procedures, they trained with what they called “live” hypergolic fire, which is a mixture of liquid hydrogen, monomethylhydrazine nitrogen tetroxide and other chemicals used in a space shuttle propulsion system.

This fire training exercise was contained, and Killen explained that it used many of the same chemicals that rescuers would have been exposed to had a real fire taken place on the launchpad.

To tell their story

Though this is far from Killen’s first book, this one was unique in that it tells a story that has been mostly kept under wraps for many years.

“It all started in spring of last year when I was talking about the upcoming 50th anniversary of the landing on the moon,” he said.

During this discussion, Killen began to think of his massive document collection on the Astronaut Rescue Team, as he had been saving this kind of material since being a member of the team in the late 60s.

“I save everything,” he said. “I started to realize that I had a lot of documentation.”

To be specific, Killen has three filing cabinets full of documents from his “activities and life’s career” that are even organized chronologically.

“The truth of the matter is, there’s a lot written about the Space Program, but there was nothing written about the Astronaut Rescue Team,” he said. “In fact, the whole process was pretty much kept under cover. When I co-authored the history of the Kennedy Space Center Fire Department back in the early 90s, I recall Roy Terry (the Team Commander) making the comment that it was a crying shame that nothing was ever identified about the role of the Astronaut Rescue Team.”

Killen aimed to change this.

“This is a very unknown piece of history on the space program during the Apollo years,” he added. “People didn’t realize that the Astronaut Rescue Team sat within the blast danger zone — 1,500 feet from a 363-foot rocket that I always referred to as ‘a 363-foot stick of dynamite.’”

He explained that, had the rocket blown up on the launch pad, everything and everyone within a 7,000-foot radius would have been destroyed.

“These were dedicated firefighters,” he said of the team. “They all volunteered for the mission, and they really worked their butts off to make it a good program. The idea for the book was that I would record the history of the Astronaut Rescue Team and tell their story.”

He also found numerous photos — many of which have never been seen before.

“NASA never photographed any of the Astronaut Rescue Team evolutions of removing astronauts from the command module,” he said. “I believe they were reluctant to do that because they didn’t want to focus on the fact that it was a dangerous mission.”

Killen, however, photographed the team often.

“You had to have a permit to have a camera in the restricted area, and one of my coworkers by the name of Glen Higgs had this permit,” he said. “But, all of us on the Astronaut Rescue Team carried a camera when we went to the launchpad for the mission. We knew that we weren’t supposed to have our cameras, but many of us laugh about it now and say, ‘it’s better to ask forgiveness than permission.’”

None of them ever got caught for having their forbidden cameras, as he explained, “no one ever checked us when we were going to the launchpad to get ready for the launch.”

Through his writing process, Killen, who is actually one of only five surviving members of the original Apollo Astronaut Rescue Team, spent time talking with several others who had been involved in the program such as original members Gerald “Tadpole” Driskell and Gene “Cajun” Weldon. Unfortunately, Killen explained that he was unable to locate original member Melvin Thorne.

In June of this year, he actually spent three days in Alabama interviewing the only known surviving medic from the team, Jim Tanner. He also spent time with Lee Starrick, who Killen called the “historian of the Kennedy Space Center Fire Department.” Starrick, who later served as a team member, will also be inducted into the National Fire Heritage Center’s Hall of Legends, Legacies and Leaders next April.

In addition to providing valuable input to his book, Killen explained that many of these men have also provided encouragement along the way.

“The feedback has been unreal from these guys,” he said. “In fact, a week before his death, the team leader (Arthur Wozniak) and I had been talking, and his last comment to me was, ‘I want you to give me the first book.’”

John Bowman, who served as a later member of the team even wrote an email to Killen saying, “because of this book, the history and memories of the Astronaut Rescue Teams will not just fade away in time, but will now be preserved forever for many generations’ enjoyment.”

More information on Killen’s other works and career can be found at http://chiefbillkillen.com/. All proceeds from the book will be donated to the National Fire Heritage Center, which Killen explained “was established to preserve the perishable” and has preserved many historic documents on fire service and fire service leaders.

To meet Bill and purchase a copy of his book, be sure to stop by the Review office on Dec. 4. Refreshments will be served.