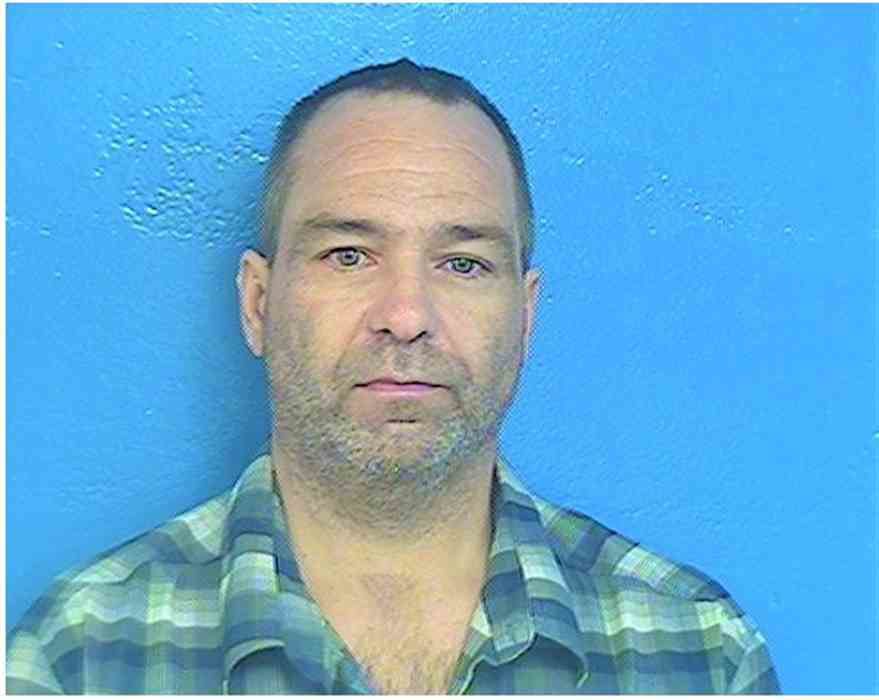 Jones after his June 2 arrest on criminal impersonation 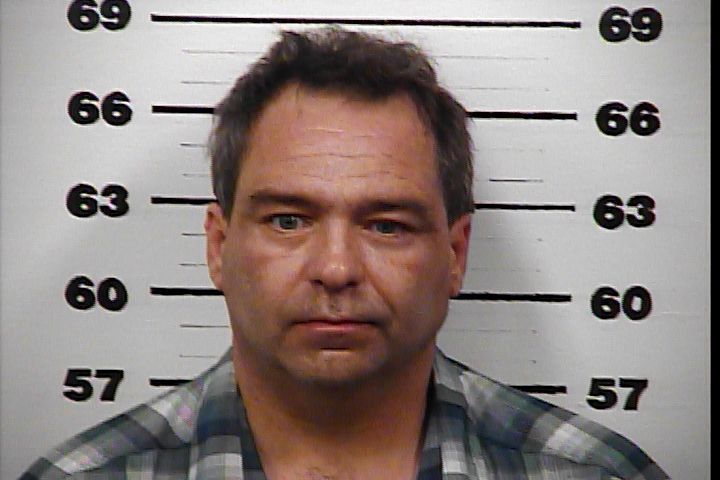 Jones after his May 28 arrest for Domestic Assault 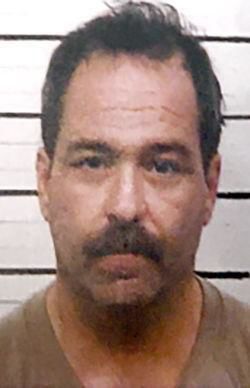 Jones after his February arrest on one count of theft over $250,000

Jones after his June 2 arrest on criminal impersonation

Jones after his May 28 arrest for Domestic Assault

Jones after his February arrest on one count of theft over $250,000

Jones resigned by email on Thursday and was absent from the town’s workshop that evening. Wolfe resigned in person at the workshop.

Pevy, who is both the city’s attorney and ethic’s officer, alleged within his writ of ouster and suspension that Jones and Wolfe “conspired” to create an unlawful eviction notice using the town’s official seal.

Jones was his arrest for domestic assault on May 28 at the home on 337 Hemlock Street in Mount Carmel that Jones rented from Wolfe.

When Jones was released from jail on June 1 he “was rendered effectively homeless,” as the writ of ouster reads, because his alleged assault victim, Amber Hale was still living at the home, and Jones was ordered to have no contact with her.

Jones allegedly drafted the eviction notice on June 2 on his desktop computer within his City Hall office.

“In the presence of Mount Carmel police officers, Jones stated that under the auspices of making the unlawful eviction document ‘look more official’ he would stamp it with the town of Mount Carmel official seal,” Pevy stated in the ouster notice. “Jones requested the town’s official seal from the Mount Carmel Court Clerk without informing her of the use for which it was to be utilized, and he was provided with the seal owing to his position as the mayor of Mount Carmel.”

At some point later, Hale then discovered the eviction notice, which had been posted to the house’s door.

“At no point were either Jones or Wolfe in their official capacity as members of the Mount Carmel Board of Mayor and Aldermen, authorized to carry out eviction proceedings, nor to emboss personal documents with the town’s official seal,” Pevy further states.

Third Judicial District Attorney General Dan Armstrong, who joined Pevy’s ouster action, has also confirmed that both Jones and Wolfe are now the subjects of a criminal investigation.

Wolfe read a prepared statement to the board on Thursday evening, announcing his resignation.

“I’ve been on this board 19.5 years, the decisions I’ve made I thought were the right decisions,” he said. “I’ve made mistakes just like everybody else did, but, on the sixth and the third of this month, I was handed a piece of paper that the mayor had drawn up, and I wasn’t aware of it. I did sign it—an eviction notice for somebody. The next thing I know—I didn’t notice at the time—there was a seal for the town of Mount Carmel. That is illegal. Therefore, to keep from embarrassing the town, I wish to withdraw from being an alderman for the town of Mount Carmel.”

He then noted that his resignation will be official when it is accepted at the regularly scheduled BMA meeting on June 18.

“I’ve enjoyed it,” he added. “Whatever decisions I’ve made, I’ve made a lot of friends. It’s been a good run, but that’s what it’s come to. I won’t do nothing to embarrass the town.”

Jones, however, emailed a letter of resignation to city officials that stated, “Mike Housewright and members of the Board of Mayor and Alderman, Effective immediately, I am resigning and stepping down as Mayor for the Town of Mount Carmel. I wish the town only the best! Christopher Jones.”

Not only was Pevy’s writ of ouster and suspension intended to remove Jones and Wolfe from office, but, should the ouster be prosecuted fully, the two would be barred from holding office for 10 years.

“The next step in the process is that there will be a hearing to suspend both the Mayor and Alderman Wolfe from participating in their position as board members until the pendency of the suit is complete,” Pevy said at the meeting on Thursday.

He went on to add that, even though both Jones and Wolfe have resigned, the hearing for Wolfe’s suspension will still proceed in Hawkins Co. Circuit Court next Thursday, June 18.

“I am unaware of if the Mayor has been served processes as of yet,” he added. “That’s still a question.”

The board will have the opportunity to accept both resignations at the regularly scheduled meeting on the evening of June 18.

Should the board accept the resignations, Pevy explained that the “the ouster suit will be moved and nullified,” since the two office holders would already be removed from office.

Should the board not accept the resignations, the suit would continue.

“If they are found to have violated the statute as I believe has occurred, they would be removed from office at the end of the suit, and, the only other penalty that comes with being ousted is you are barred from holding public office for ten years,” Pevy added.

“It brings me no joy to do this, but it is my duty as an officer of the court, under Tennessee law to institute these proceedings when actions of this nature occur,” he added.

Filling the vacancies Housewright further told the Review that, should the board accept the two resignations, Vice Mayor Jennifer Williams will be sworn in as Mayor.

The board will also then begin the appointment process to fill Wolfe’s vacancy as well as the seat Williams will vacate. This new alderman and Vice Mayor will fill the vacancies until the regular election in November 3 when Wolfe and Williams would have been up for reelection.

Jones would have also been up for reelection in November along with Aldermen Wanda Davidson.

Readers may also remember that, in addition to being arrested for domestic assault on May 28, Jones was also arrested on June 2 after being accused of impersonating an officer and on Feb. 10 on a charge of theft over $250,000.

Mere hours after leading the town’s monthly BMA meeting on the evening of Thursday, May 28, Jones was arrested for domestic assault against Hale.

According to the police report filed by Hawkins Co. Sheriff’s Deputy Dustin Winters, “She (Hale) told me that the two had gotten into an argument over her removing the TV from his room. That is when, according to the victim, the suspect shoved her to the ground. I did observe an abrasion on the victim’s elbow. The victim stated that she was afraid of the suspect as well.”

When Winters questioned Jones, “he stated that no assault had taken place.”

The charge of theft over $250,000 stem from allegations that Jones stole more than $300,000 from his elderly grandmother’s estate in West Virginia prior to her death in 2016.

During the course of the investigation, agents developed information that between November 2014 and January 2016, Jones allegedly stole the money from his grandmother and her estate by writing checks from her account to himself for false reimbursements.

His June 2 arrest was in reference to an incident that took place on Jan. 31 and Feb. 1 of this year when Jones presented a in-authentic police badge to a loss prevention employee at the Walmart on West Stone Drive and asked to see the store’s security footage.

Jones claimed that “he was ‘with Mount Carmel and was sent here by the Police Chief to investigate a stolen van,” read the police report.

Though both the Review and Mount Carmel City Hall have been contacted by citizens asking about Jones’ removal from office since these criminal accusations came out, Housewright explained that the BMA had no grounds to remove him from office until now.

“While regrettable, the Mayor’s legal challenges as of this point have not involved any convictions,” he told the Review. “Short of a conviction or official misconduct, there is no legal basis to remove him.”

Pevy noted at Thursday’s meeting, however, that the alleged misuse of the city seal is an act of official misconduct against the city and can be used as grounds for removal from office.

The lawsuit filed by Alderman Steven McLain against the town of Mount Carmel has now been settled for a total of $23,000.