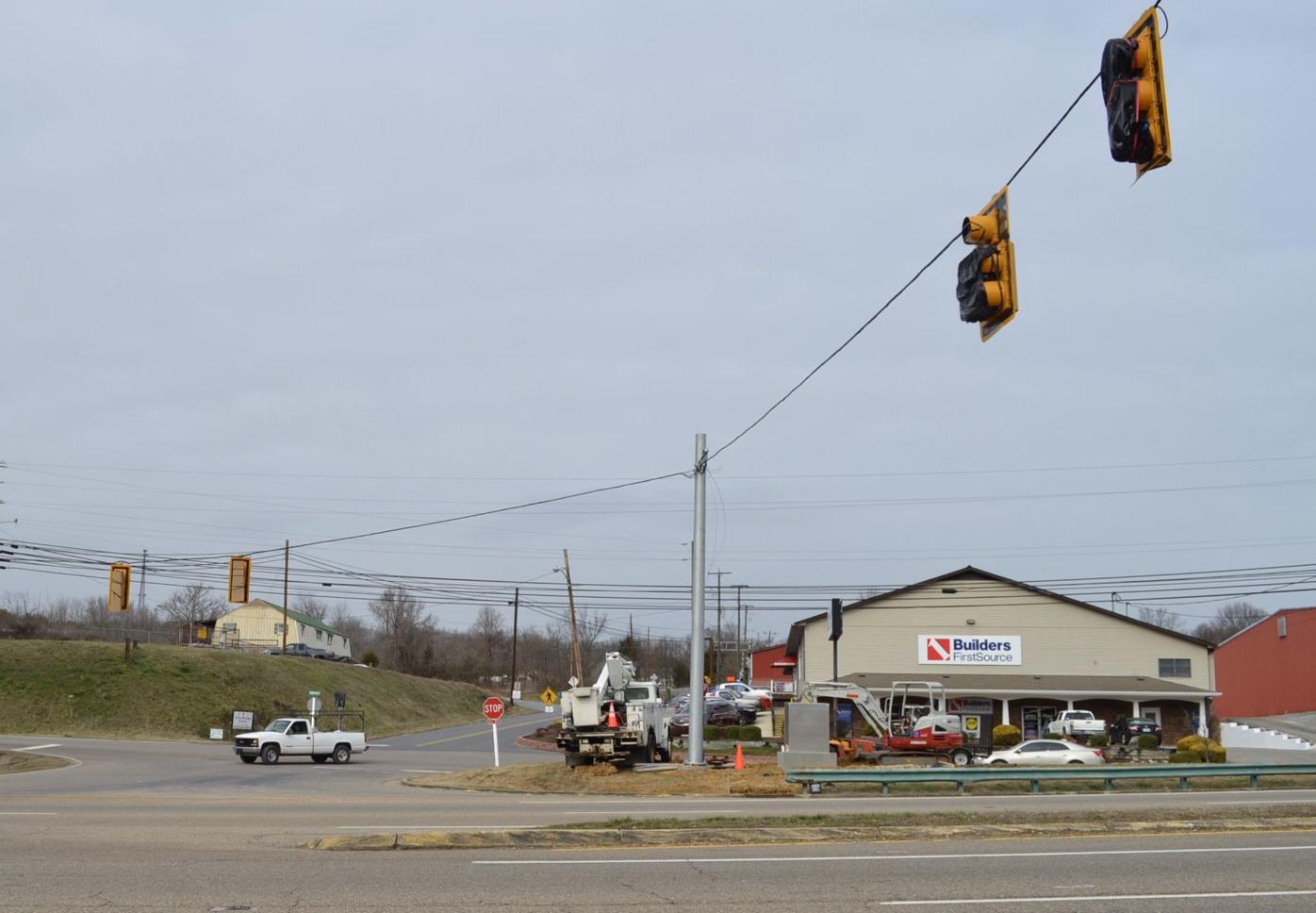 Though these photos were taken on Jan. 22, the Review confirmed that the traffic lights were still covered as of press time. They are scheduled to begin their advance flash period any day. 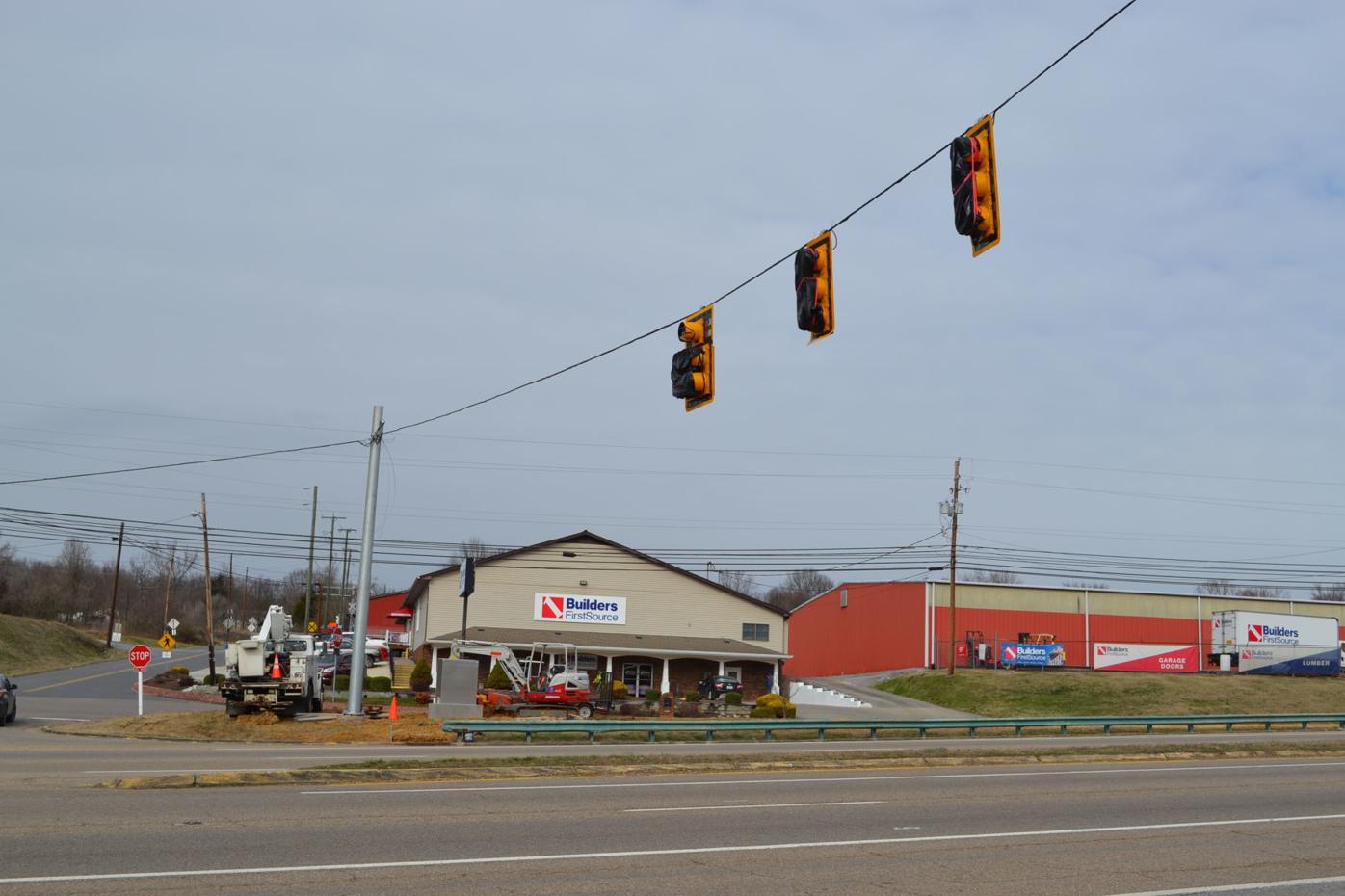 There are currently no official plans to install a red-light camera alongside the new traffic lights.

Though these photos were taken on Jan. 22, the Review confirmed that the traffic lights were still covered as of press time. They are scheduled to begin their advance flash period any day.

There are currently no official plans to install a red-light camera alongside the new traffic lights.

New traffic lights at Mount Carmel’s intersection of 11-W and Englewood Avenue were being installed last week and, according to Mark Nagi of TDOT (Tennessee Department of Transportation, will likely begin the “advance flash period any day and may extend up to two weeks.”

This will give motorists a chance to get used to the light’s presence before it goes fully operational. As of press time, the lights were still covered and had not begun this process.

Though the city installed red light cameras at the intersection of 11-W and Hammond Avenue in 2017, there is no official plan to install one alongside the new traffic lights.

“The project was basically a realignment of the Belmont intersection, which is just down from Hardee’s restaurant,” Housewright said. “It created a turning lane for left turns heading towards Kingsport so that people can turn on to Main Street. It also eliminated the ability to turn left out of that intersection and onto 11-W, so anyone from that area winds up traveling down to Englewood in order to turn left onto 11-W and go towards Kingsport. Subsequently, they created a three-way stop coming off of 11-W and added two stop signs on Main Street.”

The Belmont intersection was completed in November. According to Nagi, the total contract amount for this entire project was $455,890.50. Because this was a TDOT project, the town of Mount Carmel did not pay for this cost.

In regard to the reasoning behind these projects, Nagi said, “Project improvements were based on traffic safety studies and citizen input completed several years ago.”

No official plans for a traffic camera

Though the city does have a red-light camera at the intersection of Hammond Avenue and 11-W, there are no official plans to add one alongside the new traffic lights.

According to Mount Carmel Police Chief Ken Lunsford Jr., when the Mount Carmel BMA approved their five-year contract with Redflex in mid 2017, they discussed possibly adding a Redflex red-light camera at the new Englewood intersection. However, the traffic light at Englewood was only in the planning stages at the time and was tentatively scheduled to be up by 2018.

“It will come down to the contract that is currently in place between the town and Redflex,” Lundsford said. “But, as of right now, no cameras are going up. This all has to be looked at by the city attorney and Redflex.”

He went on to explain that, even if the town and Redflex agree to install a traffic camera at the new intersection, it won’t happen any time soon.

“You can’t just go slap a traffic camera up,” he said. “There has to be contracts in place, then I believe you have to have a traffic survey. The other thing is that it’s a brand-new traffic light, so we still have to observe the traffic flow and see how it will affect traffic to begin with. It would be later on in the year if they even went that route.”

For reference, the intersection of 11-W and Hammond Avenue didn’t have a traffic light in any form until 2012. Then, the red-light camera was installed and began issuing citations in 2018.

Lunsford explained that, when the traffic camera issues a detection, each one must be viewed and approved by Mount Carmel police officer. In certain cases, such as a mistake on the part of the camera or unfavorable weather conditions, the officer uses his or her discretion to dismiss the detection.

The number of detections from the red-light cameras have dropped in recent months, and so have the resulting citations printed.

However, the overall data from the red-light camera’s June 2018 installation has ebbed and flowed rather than only dropping.

Back in January of 2019, only 191 citations were printed. But, this steadily rose with each passing month before peaking with July 2019’s 397 citations and then beginning to lower as the year went on.

“I think they do make a difference because those are the intersections where people pay the most attention,” Lundsford said. “They know that, if they slip, they’re going to get caught.”