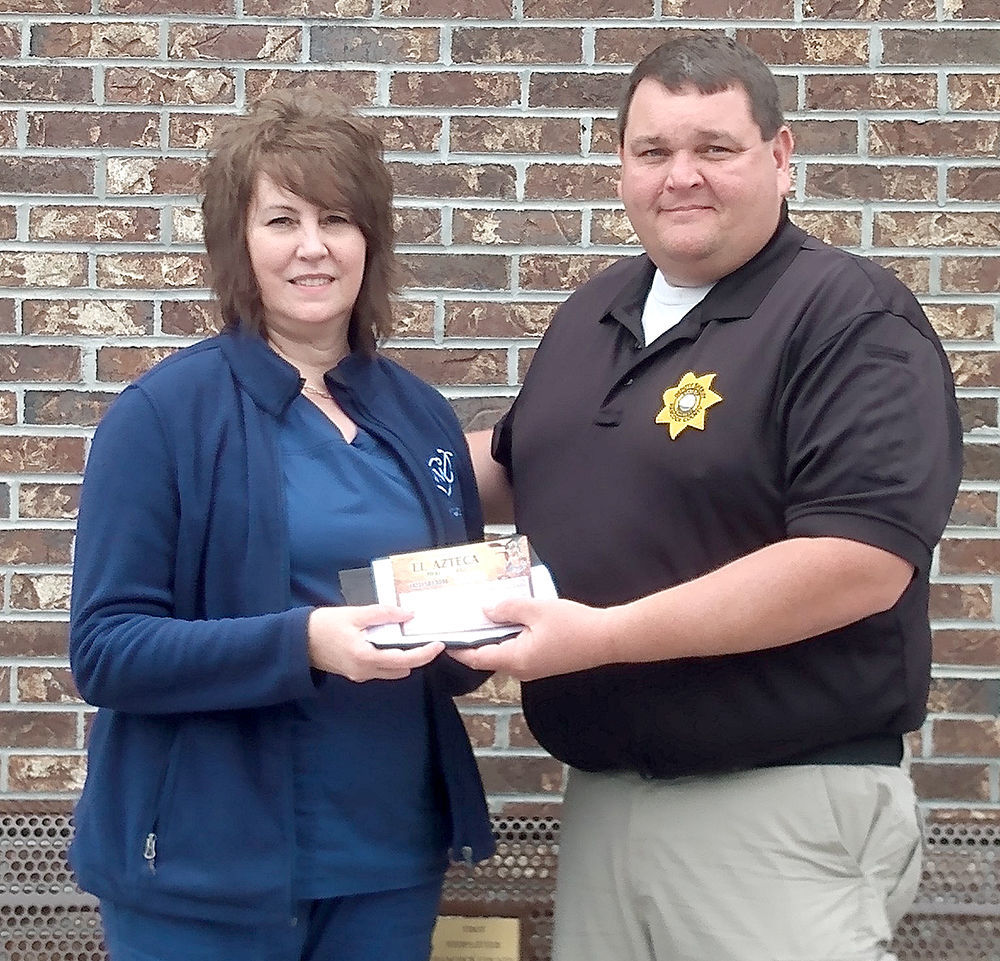 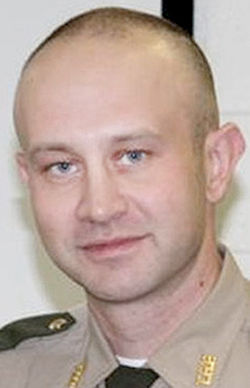 SNEEDVILLE — The Hancock Co. Sheriff’s received special gifts this week from the Mabe family in honor of their son, Josh Mabe’s, memory.

Each road officer received a ‘Thin Blue Line’ flag, a thank you card with gift certificate, and an ‘Officer’s Prayer’.

“We will always be thankful for this family and will always honor the memories while we served along side Josh,” Sheriff Brad Brewer said in accepting the donation.

The 34-year old Tennessee Highway Patrol Sergeant lost his life in a tragic accident on his family’s farm, in Sneedville, on June 6, 2015.

A 10-year veteran of the THP, Mabe was chosen to join the Tennessee Dept. of Safety and Homeland Security Training Center as a trooper cadet in 2005. After graduation, he began work as in the Fall Branch District Post.

He was named “Fall Branch District Trooper of the Year” in 2008 for his efforts in the field and also because of how highly he was respected and loved by his fellow co-workers.

Mabe served on the THP’s Strike Team and Operation Desert Snow and, just prior to his death, had been promoted to Sergeant over Grainger County.