'She was a bright ray of sunshine': Funeral cost donations sought for homeless woman killed in hit and run 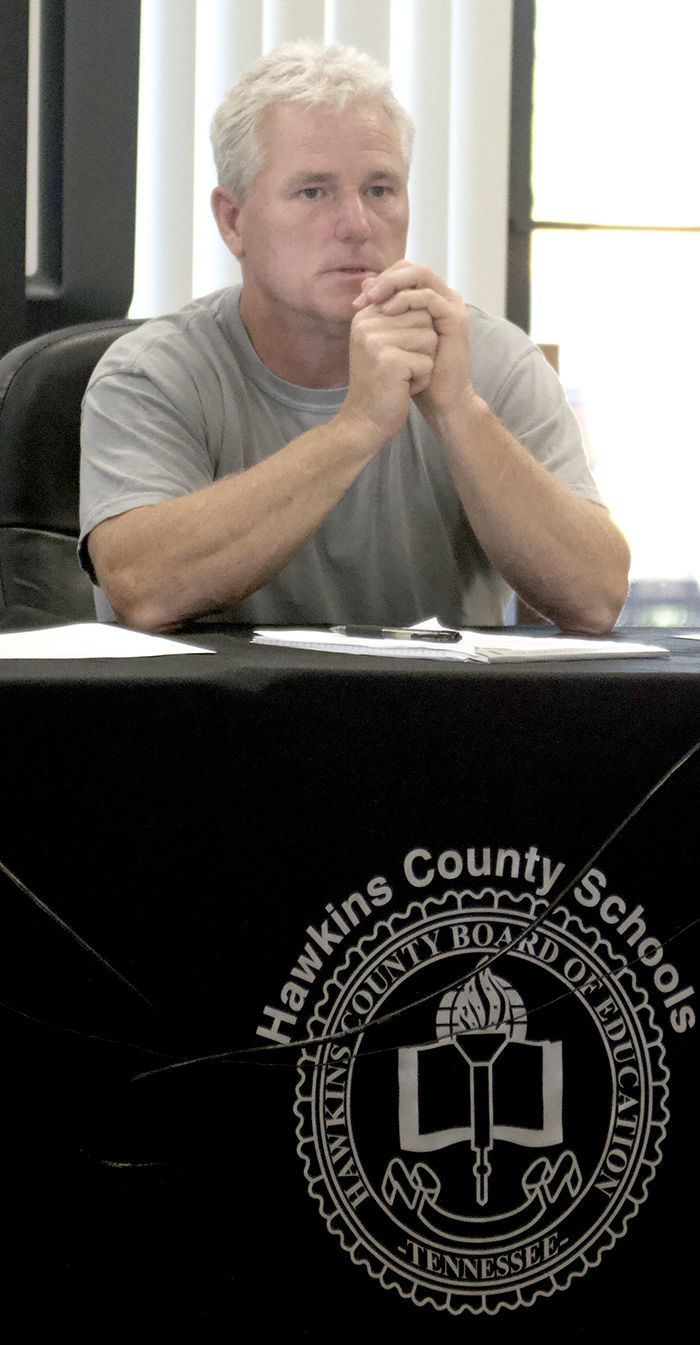 BOE member Chris Christian called the meeting to discuss ways to better meet the needs of the coaching staff. 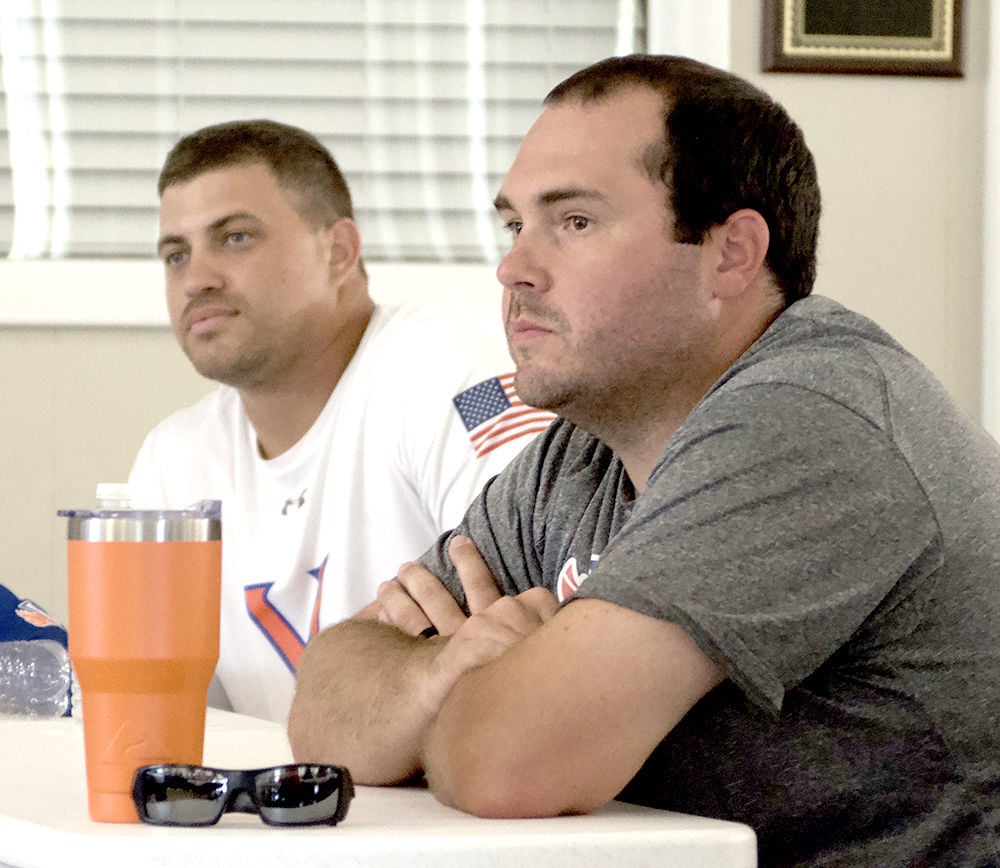 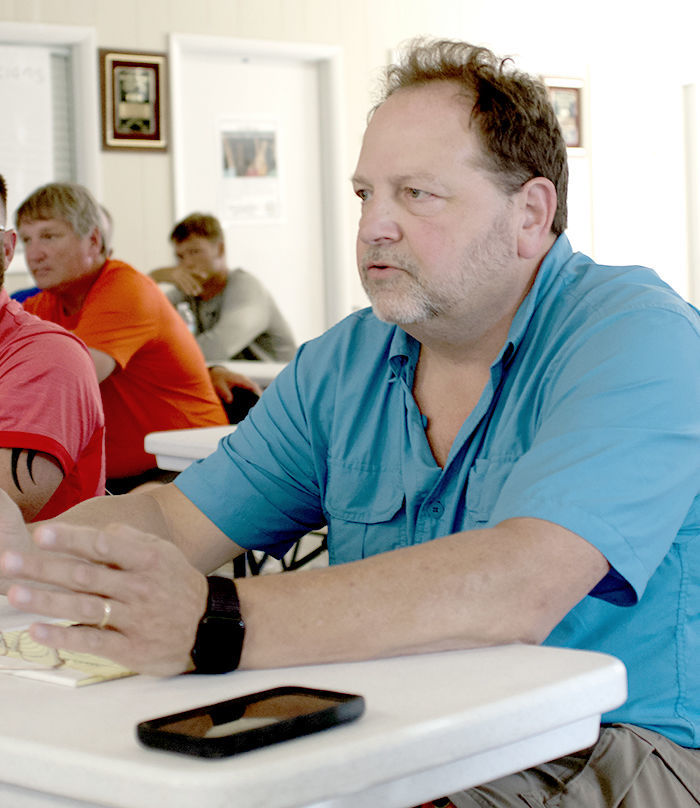 Dr. Blaine Jones of the Cherokee High School Booster Club explained why he felt artificial turf would solve many problems.

BOE member Chris Christian called the meeting to discuss ways to better meet the needs of the coaching staff.

Dr. Blaine Jones of the Cherokee High School Booster Club explained why he felt artificial turf would solve many problems.

ROGERSVILLE — On August 15, the Hawkins Co. Athletic Committee held a special meeting called by BOE member Chris Christian to discuss the needs of area high schools and ways that the Athletic Committee can help to meet them. Numerous coaches from both Cherokee and Volunteer High Schools were in attendance and gave their input.

“I had asked to have this workshop so that we can put some procedures in place to manage our athletic facilities, see what you guys need and how we may serve you better,” Christian said to the gathered crowd at the meeting.

He then opened the floor to allow the gathered coaches to mention issues they would like the committee to address.

VHS head football coach Justin Pressley began by requesting that new locks of some form be put on doors to the school’s athletic facilities.

He also mentioned that, because access is not restricted, some equipment had been damaged.

Though Christian acknowledged that vandalism is a problem, he said he “hates to have to close off our facilities to members of the public that have a legitimate reason for wanting to be there.”

Director of Schools Matt Hixson then explained that he and the athletic committee are looking into the purchase of a card access system for the facilities.

“We are prioritizing this,” Hixson said. “We are looking at receiving bids for card access, which would allow us to approve and disapprove—depending on hire or release—employees who have access to those locks.”

Mowing and maintenance to the fields

Christian also asked what all is required from the coaches in order to maintain each football field for the year.

When Christian asked who was responsible for the aforementioned tasks, numerous people in the crowd shouted “Us!”

They acknowledged that both agriculture instructors and coaches from other sports such as soccer often contribute to the maintenance of the football fields, and, at VHS, the soccer team pays for paint used on the field. However, most of the gathered football coaches agreed that they provide the labor for the majority of field maintenance.

This stipend is intended to compensate the coaches for their time maintaining the facilities.

Equipment such as mowers needed in order to do the required maintenance comes from a combination of this stipend, the money made from football game ticket sales and, help from the respective booster clubs.

Dr. Blaine Jones, who represented the Cherokee High booster club at the meeting, also asked the board to look into the purchase of more equipment for both schools.

“We’ve got four schools that have supplies us with lists if what is needed,” Hixson said. “These include Volunteer, Surgoinsville Middle, Church Hill Middle, and Cherokee. We’re already over that budget amount, but we’re working on it.”

Potential purchase of artificial turf for VHS and CHS

“Turf would take care of a lot of this,” said Jones as the group discussed maintaining the current football fields. “You’ve got to think about how many people use these fields. You’ve got women’s soccer, men’s soccer, football team, junior varsity, just regular gym classes come down on occasion, and the band who have to practice on it. Yet, it’s these guys who have to maintain it all, and they do a great job.”

Hixson countered by explaining that the point of the stipend is to compensate the coaches for their time maintaining the field.

“That’s the thought behind the stipend,” Hixson said countered. “I’m saying this because I come from an area where we had the entire maintenance of all of our facilities provided by the district. The coaches didn’t have to maintain it. Unfortunately, I’m telling you right now that we are going to be a long way away from ever getting to that point here because of our money situation. And, until we get our academics figured out, we’re not going to put more into maintaining a sports field or facility. I hate to be as blunt as that, but we have to put academics first, and we’re not succeeding in our academics in many ways. Until we do that, we’re not going to get to the point where we have our maintenance crew—who are already stretched beyond thin — to maintain our sports facilities.”

This discussion of artificial turf goes back many months though no official plans are in place to raise the money required to purchase and install it.

During June’s BOE meeting, Christian brought the “rough” and “unsafe” condition of VHS’s football field to the BOE’s attention. It was later announced during July’s BOE meeting that there was a plan in place to repair the field in time for the first home football game. However, students were not allowed to practice on it until it was completely repaired.

At this special-called meeting, Hixson explained that this kind of situation “can’t happen again.”

“We’re here today to talk about what we can do to help out from a district standpoint on making sure those procedures are in place so that we’re not playing catch up at Volunteer again like we had to this summer,” Hixson said. “So that we’re not maintaining and chasing our tails every year.”

He explained that, as CHS didn’t have the kinds of problems with their football field that VHS did, everyone in the district should use the special-called meeting to learn from one another to prevent these kinds of problems in the future.

“I’m going to disagree with that statement — we didn’t fall behind,” Pressley countered.

“What led to the field being unsafe, as your assistant coach called it, a couple months ago?” Hixson asked in return.

“Well, I don’t think we were speaking incorrectly,” Pressley said. “It’s not what led to it — the field has been that way for years and years. That’s what was told to us when it happened. That’s the excuse that was made before I got here, before he (Josh Castle) got here, and before all of us got here. This is kind of an insult to me and my staff.”

“I’m not saying you fell behind,” Hixson responded. “I’m saying we’ve got to work together as a group. It’s not falling on your shoulders. We’ve got to get a system in place so we know which volunteers can help out and what they can do to remain safe when they’re on the fields working. If we get donations, how are we going to work that into the system and the process we develop here. Because, as of right now — Chris (Christian) even asked the question — there is no process. There is no paper. You didn’t get a paper when you were hired as a coach that said ‘these responsibilities are yours.’ It’s not on you. That’s why we’re here, though. We’ve got to figure this out because we can’t subject our kids to not having access to the field like we did this year.”

“I would really like to see documented responsibilities and a timeframe of when certain things are supposed to take place,” Christian said, as there is currently no such thing.

Most of the coaches acknowledged that the facility maintenance responsibilities required from each coach are simply passed on by word of mouth when new coaches are hired—there is no official documentation.

Christian asked Floyd to work on creating these allotted responsibilities and the coaches to help create a list of the equipment needed to maintain the athletic fields on a given year.

He also asked the board to possibly get a bid from a local mowing service for the cost of mowing outside the playing surfaces at both schools. Pressley also suggested that the board consider raising the stipend for the football coaches and adding these areas to the required maintenance they already performed.

Towards the end of the meeting, Hixson also encouraged the crowd to come to the board if they need something.

“Don’t hesitate to bring it to my attention or Thomas’s (Floyd),” Hixson said. “Don’t let it get to the point where you’re afraid to say something because you don’t have the right equipment or you don’t want to sound like you’re complaining … You guys know by now that I’m going to listen.”