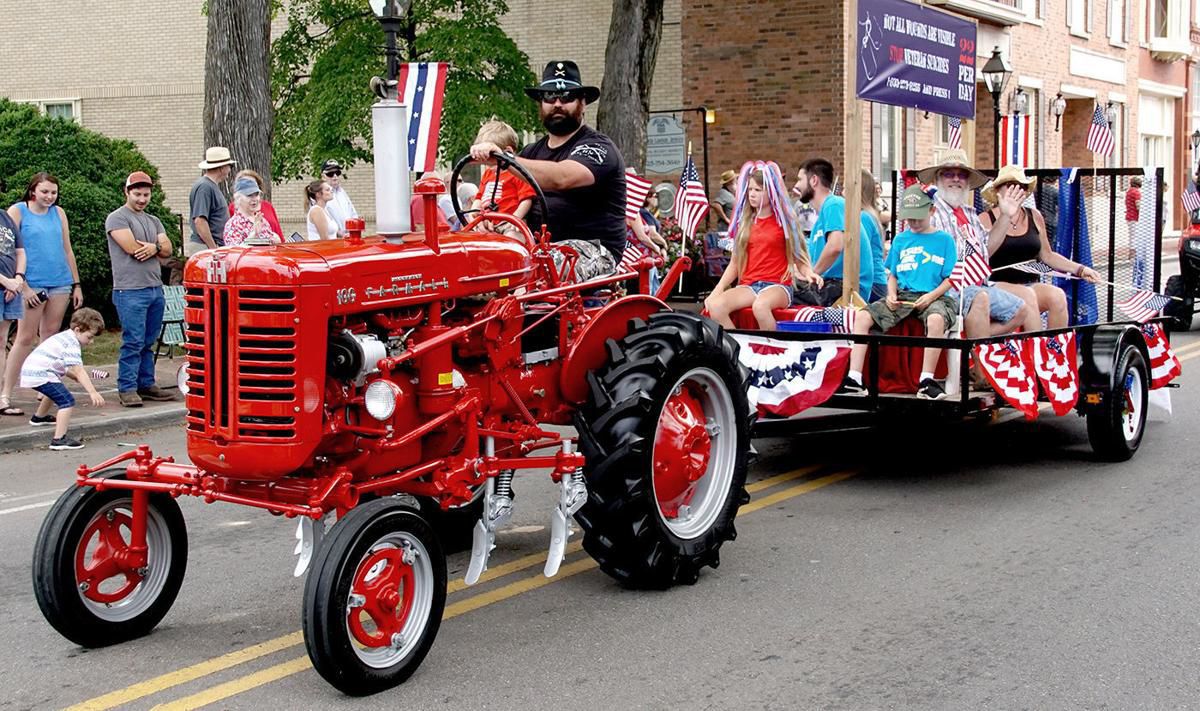 A snapshot from Rogersville’s 2019 Fourth of July parade 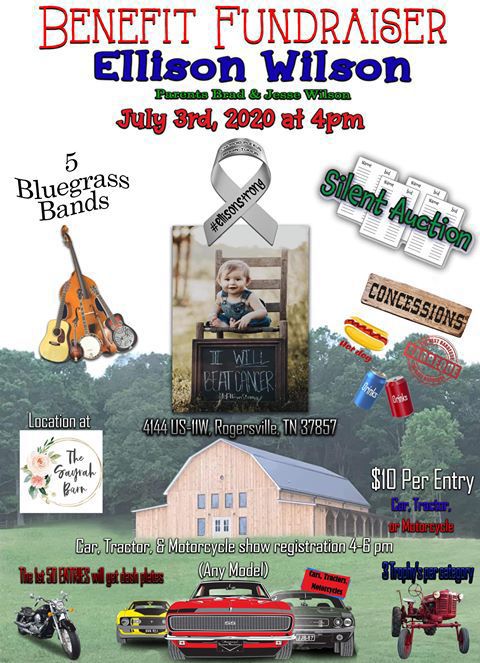 Numerous ways to celebrate the Fourth of July this weekend

A snapshot from Rogersville’s 2019 Fourth of July parade

Numerous ways to celebrate the Fourth of July this weekend

Though the annual Fourth of July concert in Rogersville City Park fell victim to the COVID-19 pandemic this year, there are still numerous ways Hawkins Countians can celebrate the 244th anniversary of American Independence.

Rogersville will still host a Cruise-In on Friday night, along with a 5K race, their annual Fourth of July parade, and a fireworks show on Saturday.

There will also be an opportunity to give back to a family in need during a fundraiser planned for Friday to benefit baby Ellison Wilson, who was recently diagnosed with a choroid plexus brain tumor.

The Rogersville/ Hawkins County Chamber of Commerce will host their second Cruise-In of the season on Friday evening from 6 to 9 p.m. in downtown Rogersville.

Main street will be blocked beginning at 4 p.m. in preparation of the event.

Numerous downtown businesses will be open for extended hours for your shopping and dining pleasure during the event.

The Cruise-In will also feature live music from the classic rock band Ivy Road and bouncy inflatables for children to play.

According to Chamber of Commerce Director Nancy Barker, the Fourth of July Cruise-In usually draws a larger crowd than that of other months.

The first 50 car show attendees to register will receive a dash plaque, and there will be “People’s Choice” voting for the best in show.

Rogersville’s Pro Elite Fitness is hosting a 5K run/walk on the morning of Saturday, the Fourth of July, in downtown Rogersville.

The race will start at 8 a.m. in front of Pro Elite, which is located at 312 S. Armstrong Road.

Those who register before race day may do so for $15 and receive a free T-shirt (sizes limited). Register the day of the race is possible for $20. Stop by Pro Elite Fitness to register.

“Yes, the parade must go on, because everyone loves a hometown parade,” reads the Rogersville Main Street Program’s Facebook page.

This year’s parade is the same as it has been for several years: Let Freedom Ring.

The line-up will begin at 9:30 a.m. in the parking lot in front of East Rogersville Baptist Church, and the parade will begin at 11 a.m. It will travel through Historic Downtown Rogersville, ending at Armstrong Road.

Event organizers are asking that participants “spread out” a bit more this year, in an effort to practice social distancing.

For more information about the parade, contact organizer Melissa Nelson at (423) 272-1961.

Though the music and entertainment at the park was cancelled, the fireworks show will still go on.

The fireworks will take place in the city park as usual and begin at 9:30 p.m. Patriotic music will be played on local radio station WRGS to go along with the show. This can be at 1370 AM and 94.5 FM.

Local law enforcement will also be present at the event to direct parking. In years past, spectators have been able to park along the shoulders of 11-W and walk to the park, as long as they do not block the street or obstruct traffic.

Event organizers are asking that spectators follow the CDC’s guidelines while in attendance to prevent the spread of COVID-19. These include social distancing, wearing face coverings and washing your hands.

Surgoinsville fundraiser for baby with cancer

The newly completed Sayrah Barn event center in Surgoinsville will also be hosting a car show and concert fundraiser for a local child with cancer on Friday, July 3.

The event will benefit nine-month-old Ellison Wilson, who was recently diagnosed with a Choroid Plexus Brain Tumor

Concessions will be for sale, and a silent/dollar auction with fabulous prizes from local businesses and individuals will be held.

There will be dashboard plates for the first 50 registrants and three trophies awarded for each class. Registration for car, motorcycle and tractor shows are from 4-6 p.m. and is $10 per vehicle.

All proceeds will go directly to the Wilson family.

Links to more information on the event and the Wilson family will be added within the online version of this article.