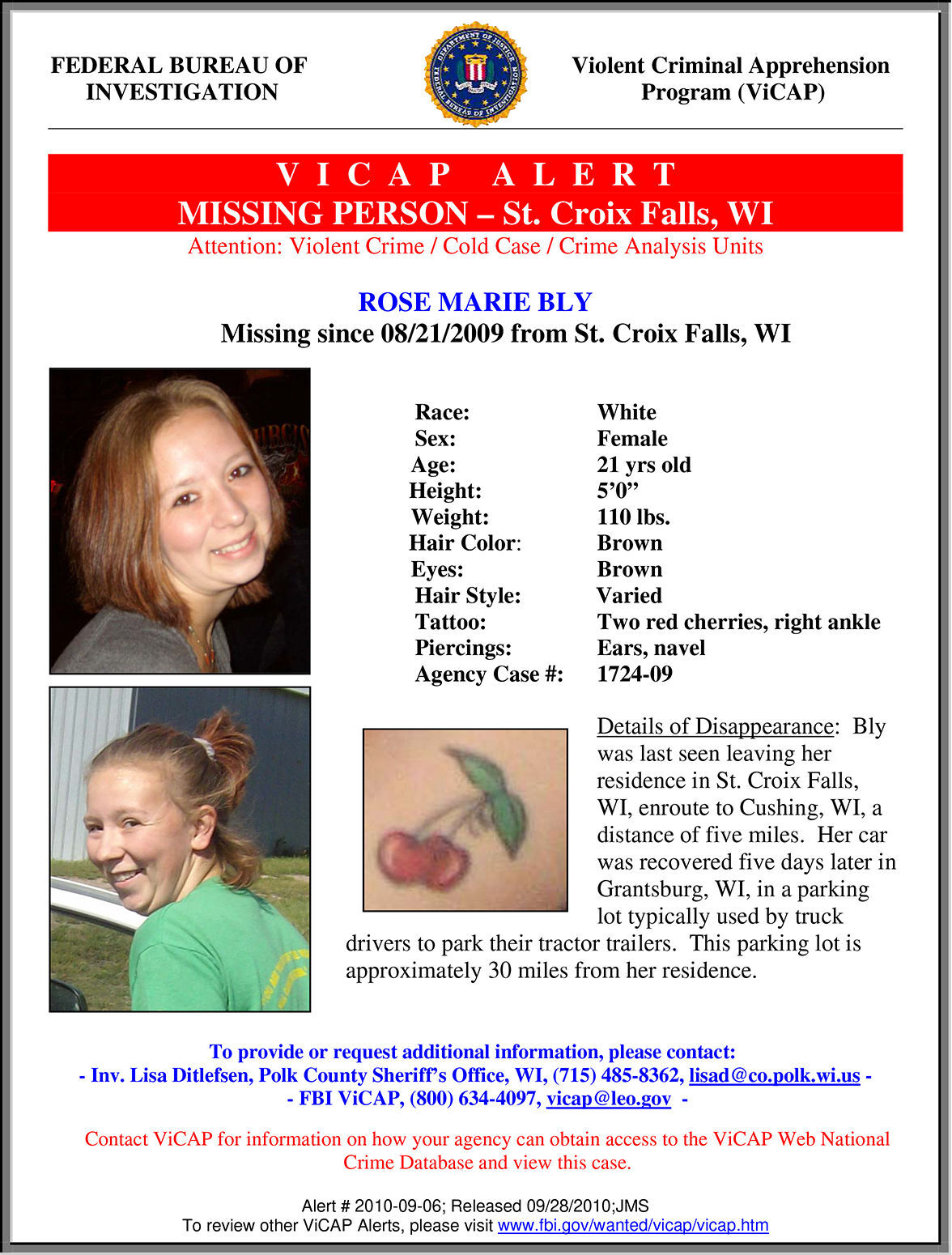 Summer Wells’ aunt, Rose Marie Bly, has been missing since 2009. 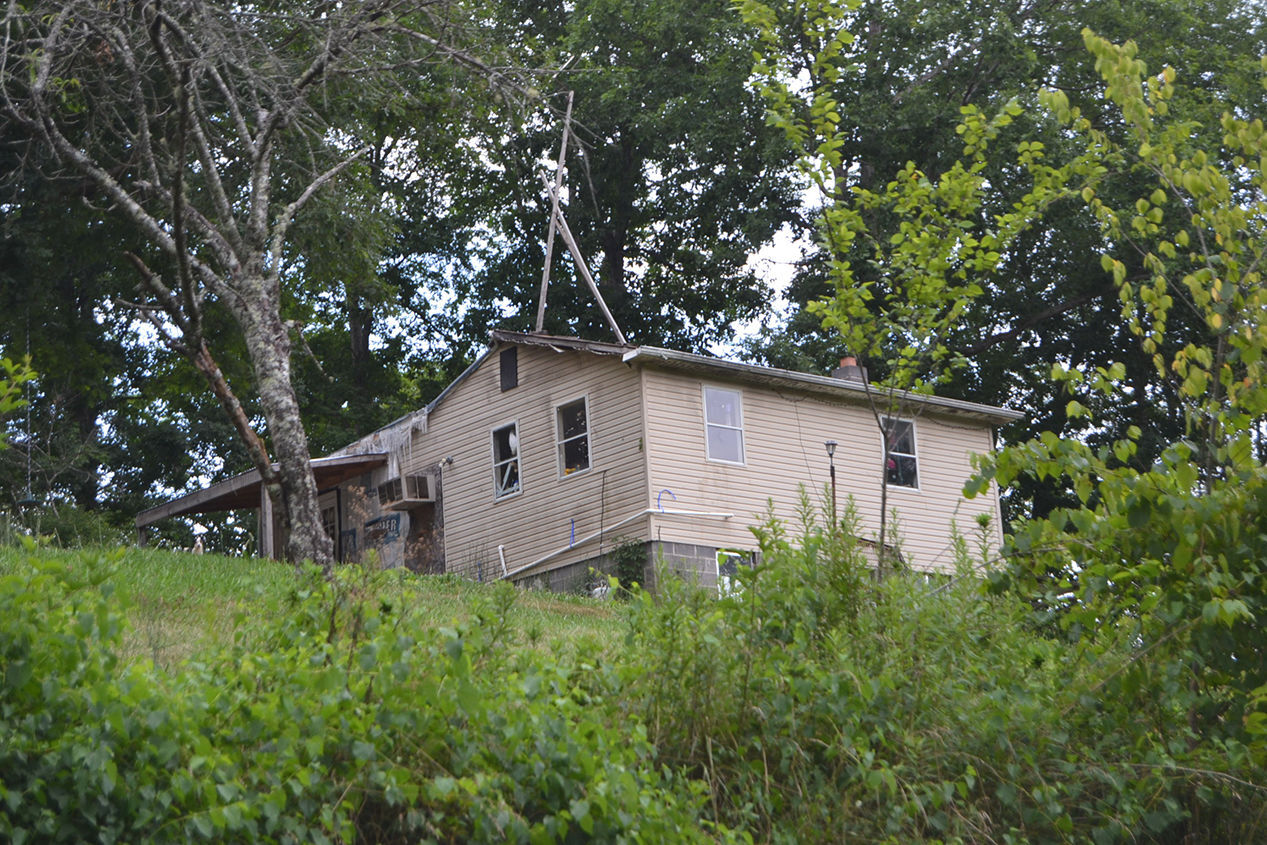 Summer Wells and now her three brothers are gone from the family home on 110 Ben Hill Road. Her brothers were removed by the Department of Children’s Services in July.

Summer Wells’ aunt, Rose Marie Bly, has been missing since 2009.

Summer Wells and now her three brothers are gone from the family home on 110 Ben Hill Road. Her brothers were removed by the Department of Children’s Services in July.

Parents Donald Wells and Candus Bly confirmed this week that the Department of Children’s Services removed the three boys from the home last Thursday for reasons not publicly disclosed. Summer Wells, of course, is the family’s five-year-old girl who mysteriously vanished without a trace and was reported missing June 15.

“We’ve had a few people come in the middle of the night. We had one – I don’t think he’ll be coming back to our house anymore though,” he said.

The Wells’ normal way of life at 110 Ben Hill Road in Beech Creek does not.

“I really liked it and then Summer got gone,” Bly said of the family’s scenic mountain views. “Now, it’s just not pretty anymore.”

Bly, who grew up in Wisconsin, and Wells, who is from Utah, met in Fayetteville, Arkansas, before moving to Tennessee in 2009. Bly talked about the family background in an interview with the Review July 18.

“I was born in Corpus Christi, Texas and the only reason why I ended up being raised in Wisconsin was because I was born with a hole between my heart in the four chambers and they flew me up to Minnesota,” Bly said.

“That’s why all our family ended up residing up there. But my mom is from Wisconsin. I left there when I was like 19. I jumped on the carnival in Pine City, Minnesota right across the river,” Bly said.

“Actually, I was on the carnival circuit for a long bit. So, I’ve been to different states and stuff. My mom, she was managing a hotel in Arkansas when I ended up in St. Louis and I got stranded there. So, she came and got me and I moved me to Arkansas with her,” she said.

Bly and Wells had their first child together in Arkansas.

“He was actually nine months old when we moved up here and he’ll be 13 in September,” Bly said of the move to Beech Creek, home to Donald’s mother’s family and Donald’s ill mother.

“This was originally his mom’s,” Bly said of the home and 11-acre property. “Actually, I took care of her while he went to work. She had MRSA. It’s some kind of disease. I guess everybody has a little bit of MRSA in their bodies but some people it just overtakes their system and after so many antibiotics, the antibiotics don’t help no more because it’s so gone.

“Because she was a Mormon, they believed in different beliefs and stuff, so they took her out of here. Her dad was a Mormon, too. She was dying. She was pretty much on her death bed and she goes, ‘Well, one’s coming into the world’ – she was talking about (Bly’s second son) at the time because I was pregnant with him – ‘and one’s going out of the world.’

“So, she was pretty much saying she was on her way out and he was on his way in. That’s how it happened, too,” Bly said.

Wells and Bly later had one more son, and then their daughter, Summer.

Now the Wells are left to wonder if they will be sending any of their four children off to school when Hawkins County schools begin the 2021-22 academic year Aug. 9.

“I was hoping Summer was going to get to go to that school for her first year,” Bly said about Keplar Elementary, where her boys had attended until it closed for good, along with McPheeter’s Bend Elementary at the end of the 2020-21 school year. “I love that school. They were all so nice to the kids and me.”

The two schools were not only Hawkins County’s two smallest and two oldest, they were the two closest to the Wells’ Beech Creek home.

With the closing of Keplar, the two older boys were to move to Hawkins Elementary this year, while the two youngest Wells children were set to be attending Joseph Rogers Primary. In fact, Summer already had an outfit picked out for her first day: the one everyone has come to know, that which she’s wearing in the last known image of her, lying against two gallons of milk in the back seat of her grandmother’s pickup truck after a swim at Warrior’s Path State Park in Kingsport.

“The only outfit that I had was her brand-new one we got for her to go to kindergarten,” Bly said. “It was a suit, of course, pants and a sweater. I got it probably about a week before. It was still in Mom’s truck. It was the only change of clothes because we did not plan to go swimming that day.

“So, I just figured we’ll change her out and put her in these. That way she’ll be warm. She won’t freeze to death on the way home,” Bly said.

Sometime after that, the child was reported missing to police, neighbors, friends and family. The impact was felt by many, including Summer’s Uncle Bob, Grandmother Candy’s brother-in-law.

“The day he found out Summer went missing, he had to go into the hospital because he had a heart attack,” Bly said. “Summer used to call him ‘Uncle Boobie.’ She couldn’t say Bob, so she said ‘Boobie.’”

Grandmother Candy left Tennessee July 18 to be with her sister Linda, whose husband, Bob, was recently re-hospitalized.

“He had to go back in because they had to put a pacemaker and stuff like that in there. He quit smoking because he’s on oxygen. Aunt Linda called and said she needed her help because he’s getting too far. He can’t even lift up nothing or move his fingers hardly anymore. So, she had to go. My Aunt Linda is like 70, so they’re up there in age,” Bly said.

“She’s been down here off and on for about four years. She goes back up north because she’s got grandkids up there, too. So, six months, nine months, she goes back. She leaves her camper here. She wasn’t supposed to leave actually until September, but she had to go up there and help her. Her doctor’s appointment is up there in October. Right after her doctor’s appointment, she’ll be back,” Bly said.

Summer is the second person close to Grandmother Candy to disappear without a trace. Her daughter – and Candus’ sister – Rose Marie Bly, went missing 12 years ago.

According to the FBI, “Bly was last seen leaving her residence in St. Croix Falls, Wisconsin, en route to Cushing, Wisconsin, a distance of five miles. Her car was recovered five days later in Grantsburg, Wisconsin, in a parking lot typically used by truck drivers to park their tractor trailers. This parking lot is approximately 30 miles from her residence.”

Candus was asked how her mother was handling the disappearance of two family members.

“Mom, she’s okay. My sister has been gone for 11, 12 years now. It’s hard on her. It’s not at all (easy). We just sit here and wonder because her story doesn’t even make sense. She was on her way to meet her cousin at the bar and never made it to the bar. And it was like two miles from her house. Then her car shows up about a week later in Grantsburg with no fingerprints and no nothing on it,” Bly said.

The Polk County (WI) Sheriff’s Office and FBI still consider it an open case under investigation.

Sheriff Ronnie Lawson said he suspects that the gunman hoax may have been a reaction to the nationwide attention Hawkins County received regarding the Summer Wells case.