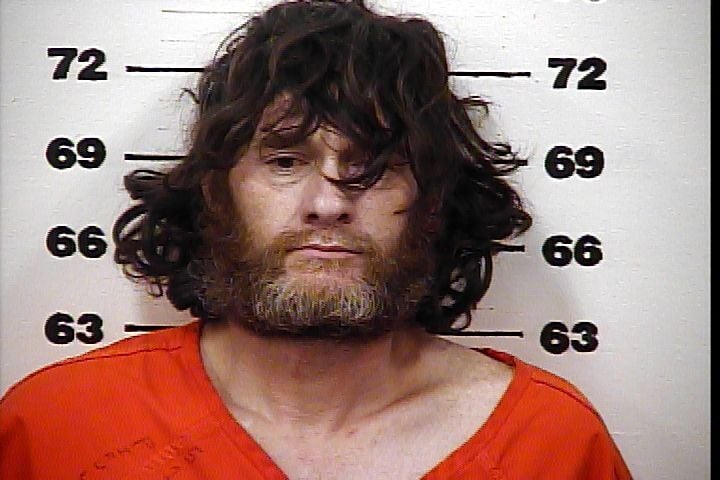 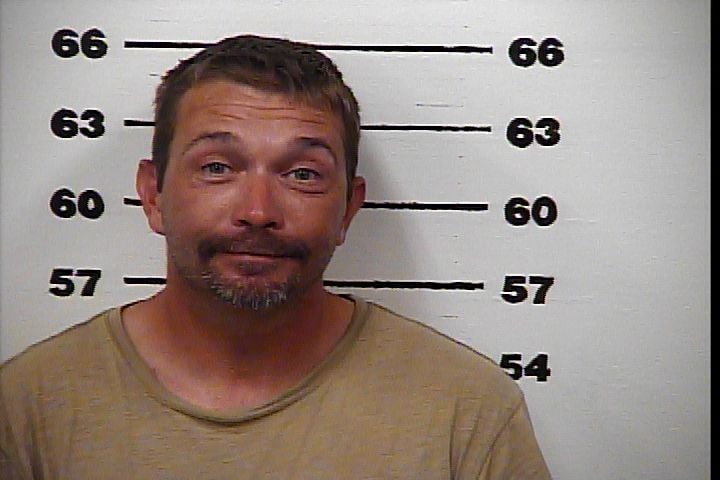 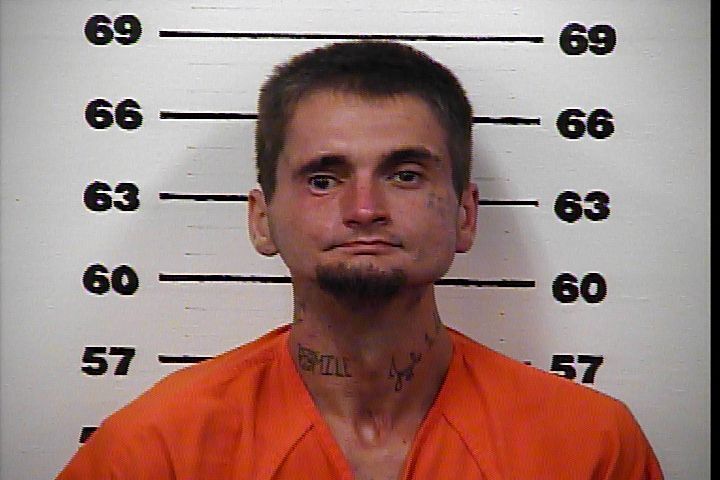 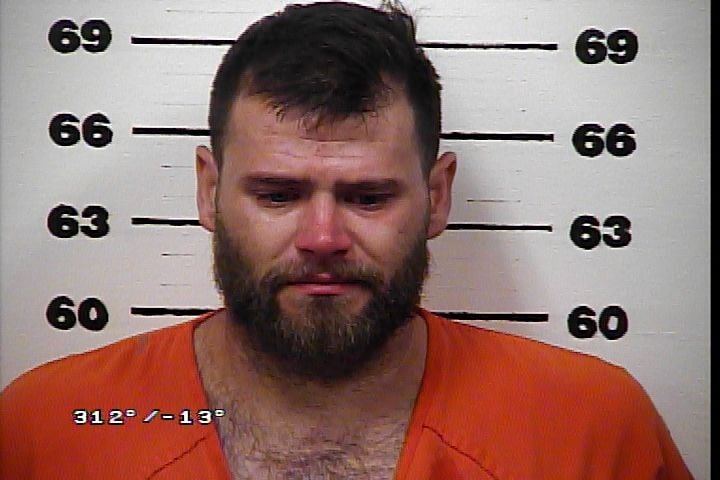 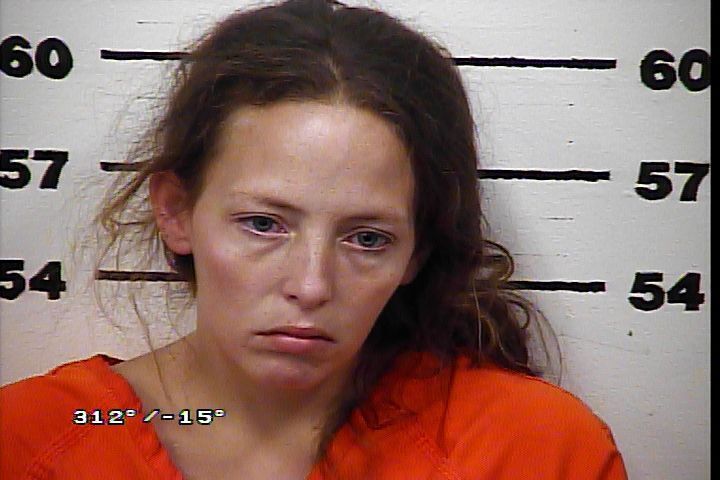 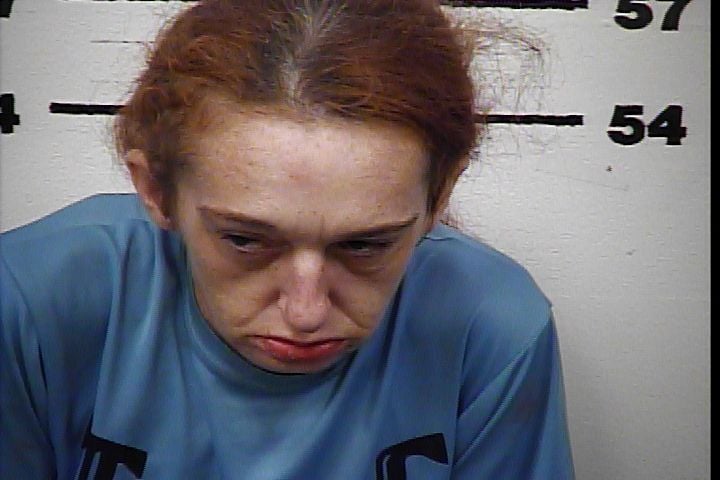 Deputies seized heroin and Fentanyl from a Kingsport man last week as a result of a traffic stop on a vehicle that crossed the fog line and hit the rumble strips multiple time on Highway 11-W in Church Hill.

HCSO Deputy Isaac Hutchins stated in his report he responded to a complaint of a possible intoxicated driver on Aug. 20, after which he observed a 2002 GMC Yukon matching the suspects vehicle description traveling 35 mph in a 55 mph.

Hutchins said the Yukon “could not stay in its lane of travel.” Upon conducting a traffic stop Hutchins identified the driver as Charles Phillip Broome, 43, 245 Royal Drive, Kingsport.

Hutchins reported that Broome was lethargic and had trouble keeping his eyes open, and dropped something on the floor board before exiting the vehicle. Broome stated he’d taken prescription Buprenorphine and Klonopin, and was unable to perform a field sobriety test due to a brain surgery he’d undergone as a result of a previous a vehicular crash.

Broome told Hutchins “there shouldn’t be” anything illegal in the vehicle. Hutchins reported finding a rubber glove on the floorboard which contained three “Krazy Glue” containers.

Hutchins reported funding five baggies of heroin and one baggie of Fentanyl in the glue bottles, as well as two half-pills, a cut straw, and three syringes.

Broome agreed to a blood draw for testing, but staff at the Hawkins County Memorial Hospital were unable to perform a blood draw due to vein damage caused by intravenous drug use, Hutchins said.

Deputy Phillip Stubblefield stated in his report that shortly after 8 p.m. deputies responded to a report of an individual causing a disturbance on the track. Athletic director Jeremy Bailey told the HCSO that due to the disturbance Hunsucker was causing he was being banned from campus.

Stubblefield stated in his report Hunsucker said he was watching the game and refused to leave. Deputies noticed Hunsucker had slurred speech and was unsteady on his feet, and when they attempted to escort him from the field, he refused leave and was arrested. Upon being searched Hunsucker was found in possession of a silver cylinder which contained three Suboxone pills.

Jonathan Daniel Frazier, 25, 5625 Myers Road, Russellville, was arrested on Aug. 30 and charged with possession of stolen property over $2,500, possession of marijuana, registration violation, no insurance and driving on a suspended license as a result of a traffic stop for a registration that expired in 2003.

Deputy Hunter Lamons stated in his report he smelled marijuana upon speaking to Frazier, who the handed Lamons a “small bud” and stated that’s all he had. A computer check revealed the 2006 Acura to be reported stolen in Hamblen County.

When Frazier exited the vehicle to be arrested he admitted there was more marijuana in his pocket, where Lamons reported locating 15.5 grams.

Adam Paul Anzalone, 35, 1017 Riverside Avenue, Kingsport, was arrested on Aug. 25 and charged with unlawful possession of a weapon, possession of meth and possession of drug paraphernalia after deputies responded to a residence on Dotson Lane in Church Hill on a shots fired complaint.

Upon their arrival Cpl. Mike Allen and Deputy Billy Begley observed the back door had been kicked in. They entered the residence after announcing their presence and receiving no reply. Upon searching the house they found a couple in bed in a basement bedroom. The couple were identified as Anzalone and Bethany Dawn Garland, 27, of Kingsport.

Deputied reported locating a container with 9.67 grams of meth and a glass bong in a closet, as well as a torch lighter on the bed and a glass pipe on the floor. In another basement bedroom deputies found an AR style rifle under a carpet with the barrel sticking out. Neither Anzalone nor Garland admitted ownership of the drug items or gun. Garland was charged with meth possession and possession of drug paraphernalia.

HCSO Sgt. Mark Harrall reported observing Arnold to be lethargic, unsteady on her feet with bloodshot eyes. Arnold stated she’d taken her prescription Klonopin and also had meth in her purse. After Arnold performed poorly on field sobriety tests Harrall located a plastic container with two baggies of meth (1.5 grams and 3 grams), 19 Gabentin pills and three grams of marijuana.

Also in the vehicle were several syringes, a spoon with residue, digital scale and small baggies. Her license was found to be revoked in 2014 for failure to pay fines. she was treated at HCMH for a possible head injury prior to being booked in jail.