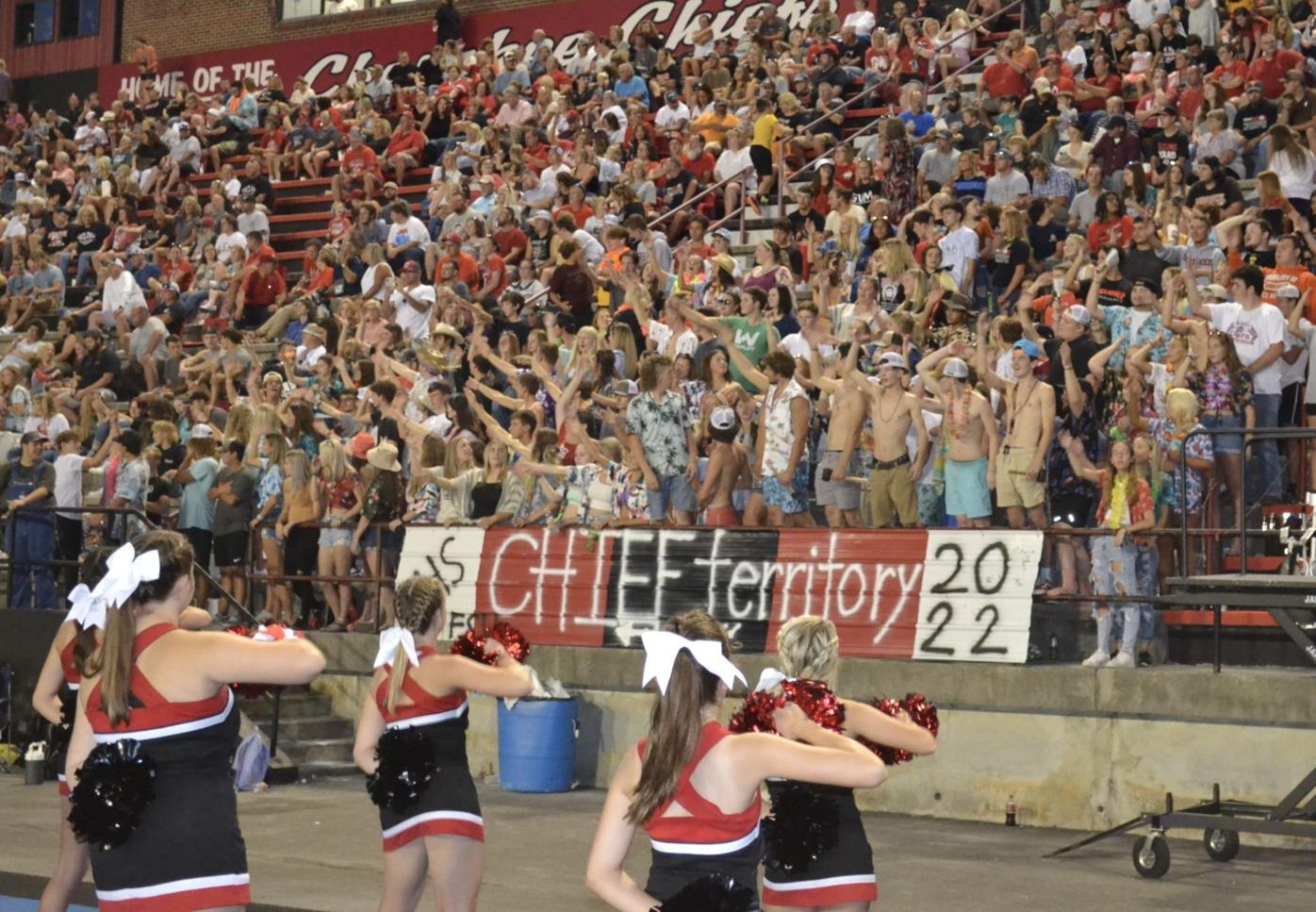 File photo from Cherokee’s home opener against Cock County on Aug. 20. The Sept. 10 game against Clinton is canceled due to an increase in COVID cases 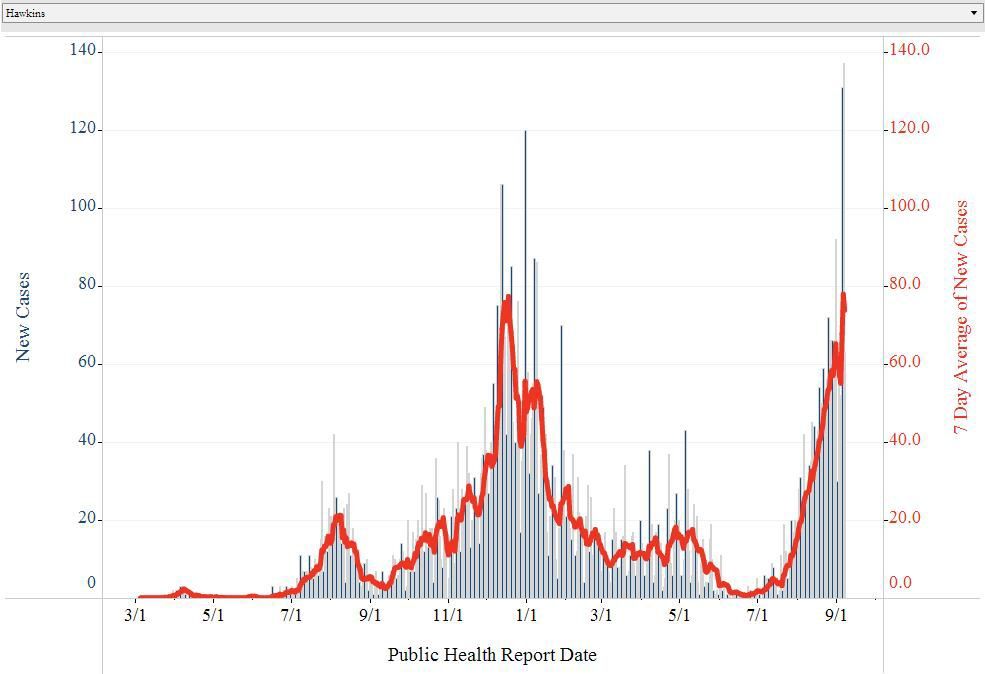 File photo from Cherokee’s home opener against Cock County on Aug. 20. The Sept. 10 game against Clinton is canceled due to an increase in COVID cases

The spread of the COVID-19 virus hasn’t been enough as of yet to merit a school shutdown in Hawkins County, but for the second week in a row Cherokee High School’s football team has announced a game cancelation.

Twice this past week Hawkins County broke its Dec. 31 record of 120 new COVID cases reported countywide in a single day, topping out at 137 on Sept. 6.

Cherokee announced Tuesday that due to the number of players in quarantine and positive cases within the CHS football program, has been cancelled.

The team posted on Facebook that they are looking diligently for an opponent to play on Friday, Sept 17.

The CHS report further states, “It’s an unfortunate decision but necessary to get all of our kids back healthy and prepared.”

”More cases are spreading within the schools”

For the week of Aug. 30 to Sept. 3. Cherokee’s 22 positive COVID cases was highest among all county schools, followed by Volunteer with 21, Church Hill Middle with 20, and Church Hill Intermediate with nine.

No other school had more than five last week. The system total was 107, which was lower than 114 the previous week, but substantially higher than the previous two weeks when it was 22 and 55 respectively.

As of Wednesday evening there were another 44 cases reported in the county school system so far this week, led by Cherokee with eight, and St. Clair Elementary with six.

Director of Schools Matt Hixson told the Review Wednesday that there were no other COVID related changes to report other than the cancelation of the Cherokee football game.

“We are targeting any schedule changes to the spikes where and when they occur,” Hixson said. “Most of the cases we are seeing are coming from outside the school system although unlike last year, more cases are spreading within the schools. Secondary sites, such as middle and high school, are trying to split large group settings, particularly those occurring inside. Cleaning protocols are staying the same as last year.”

Hawkins County’s previous record for the most single day new positive COVID cases reported by the Tennessee Department of Health was 120 set on Dec. 31, 2020; followed by 106 set on Dec. 12.

During the one week period between Sept. 1-7 Hawkins County had a total of 516 new COVID cases, compared to the previous week when it was 456.

Over the past seven days Hawkins County has averaged 210.1 COVID tests given per day, with a 22.1 percent positive rate.