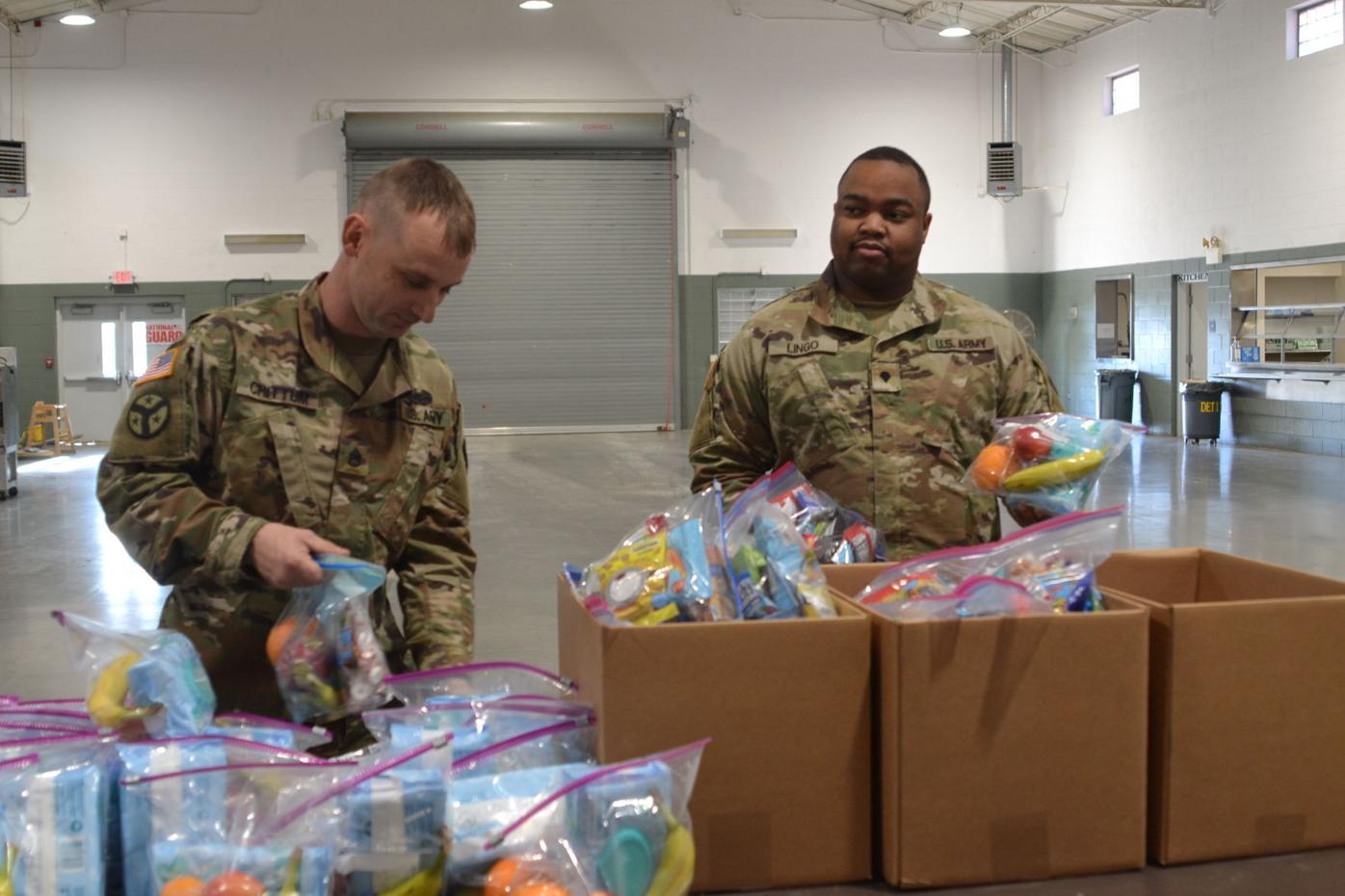 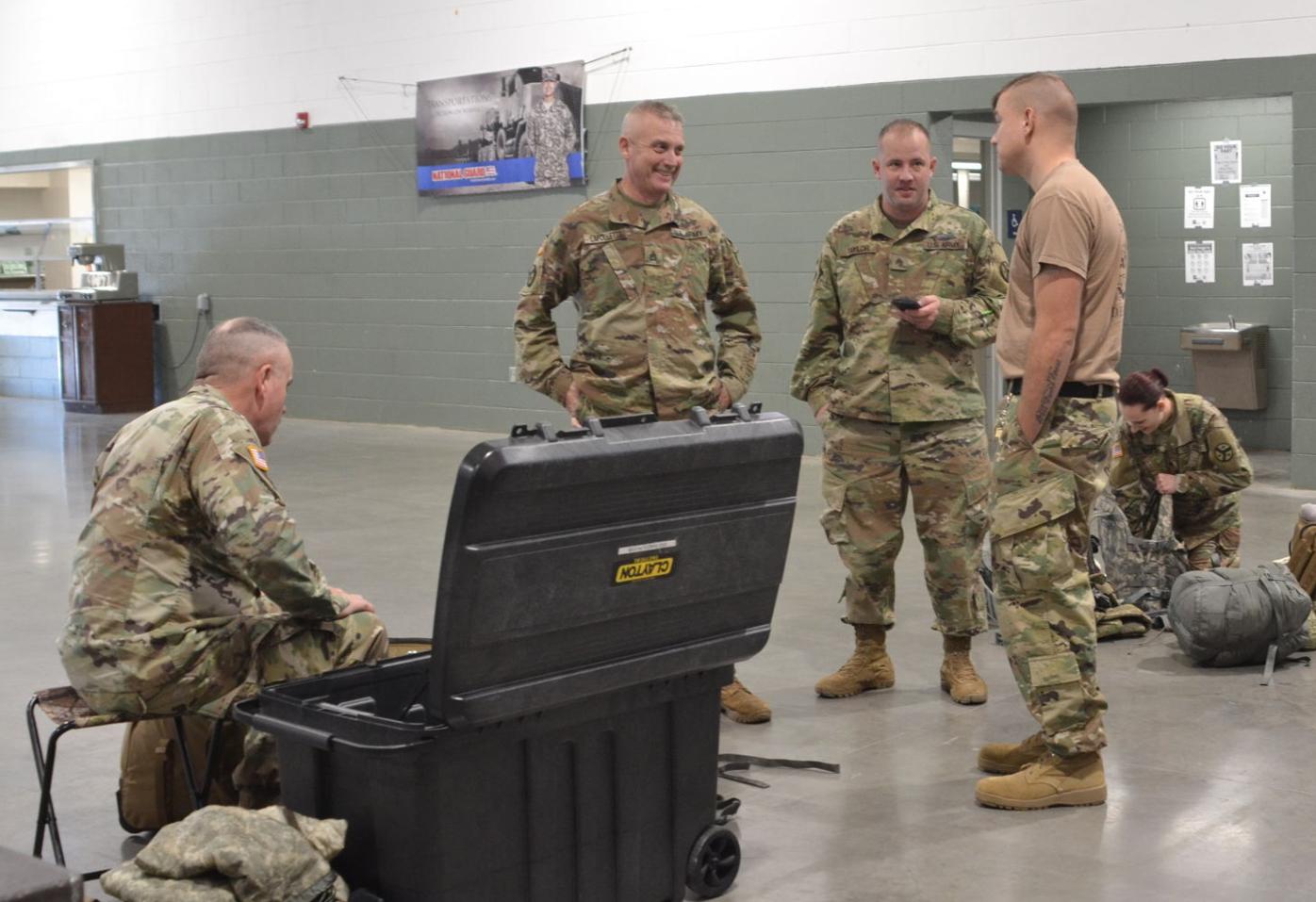 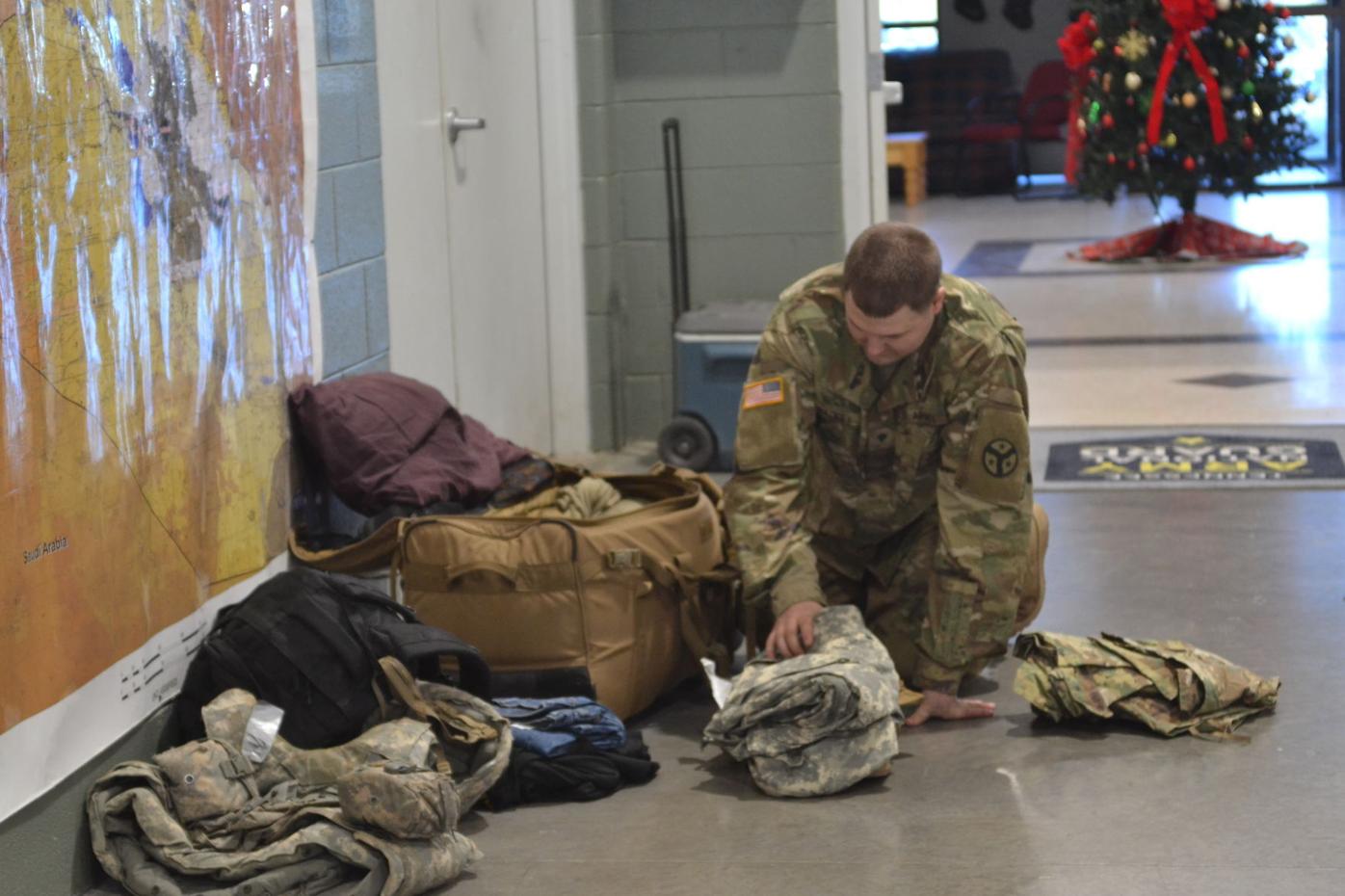 Newton Bagley of the 278th Armored Cavalry Regiment backs for the deployment to D.C. 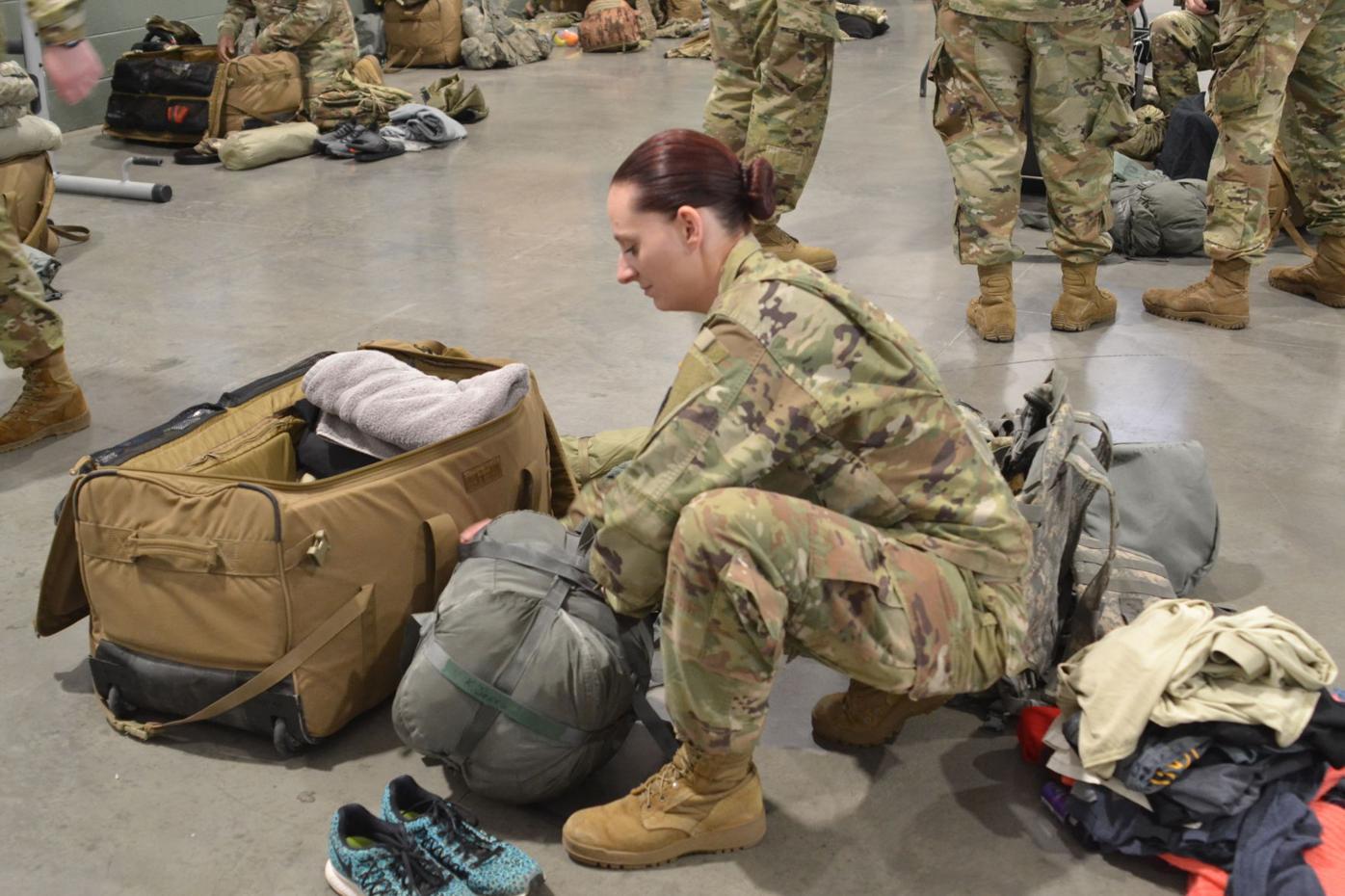 Kayla Jones of the 278th Armored Cavalry Regiment backs for the deployment to D.C.

Newton Bagley of the 278th Armored Cavalry Regiment backs for the deployment to D.C.

Kayla Jones of the 278th Armored Cavalry Regiment backs for the deployment to D.C.

“In the past, I probably would have bet five years’ salary that we never would have gone to D.C. once–let alone twice in 12 months” Sgt. Alex Mowry told the Review as he and his unit prepared to be deployed to Washington, D.C. for the second time in a year.

The unit of 27 soldiers in the Tennessee National Guard’s Rogersville-based 278th Armored Cavalry Regiment will be among numerous National Guardsmen called to the Nation’s Capital to provide security for the Presidential Inauguration on Jan. 20. Several additional units will also come from the East Tennessee area.

Though members of the Det. 1 Troup D Forward Support Company were given only a 12-hour notice before they had to report to the armory, members of Project Serve our Soldiers sprang to action to organize care packages to send with the unit.

“We got called to federal service for the civil unrest and rioting that is occurring due to the inauguration and change of command in D.C.,” said Mowry, who is the Readiness NCO and has been with the unit for 11 years. Members of this unit come from all around the Tri-Cities, and Mowry is from Elizabethdon. “We are providing support and security at the actual White House on the lawn and around the stage at for the Inauguration.”

As far as the level of security planned for the Inauguration, Mowry told the Review, “We’re prepared, and I am confident in my unit. I know we are confident in each other from the training and preparation we have. Any situation that would arise, we have the ability to de-escalate it safely.”

As far as the significance of the unit deploying to D.C. twice in one year, Mowry added, “It’s a surprise and a shock of disbelief. There are people I know that were in the military 40 years ago and have never been to D.C. Never in my career did I think I’d even meet someone who had been to D.C. (deployed), and we’re doing it twice.”

Members of the unit completed additional training on Jan. 13 and 14 and were flown out by the U.S. Air Force at Knoxville’s Tyson McGee air base on the morning of Jan. 15.

As far as the length of the unit’s stay in D.C., Mowry told the Review “we will at least be there through the Inauguration, but it could be longer. That’s very fluid.”

Mowry told the Review that his unit and the PSOS Director, Corki Weart “have a good relationship,” so as soon as Mowry found out about a deployment, he let Weart know.

Within just a few hours, she and the PSOS team had boxes of goodie bags ready to distribute.

“Today, Project Serve Our Soldiers put together little goodie bags for us at the last minute,” Mowry added. “She and her team had very little notice, just like us, but they still made it happen. They have different snacks and comfort items. Believe it or not, that is a big morale booster. It makes a big difference because we don’t get those things. We’re working and in crazy conditions. Just to know that I can go get a candy bar or that I have something to clean myself with—it makes a big difference.”

He explained that, of all the items in the care packages, the soldiers were perhaps most excited to receive baby wipes.

“It’s funny, and it sounds crazy, but the biggest thing we were excited about was the baby wipes,” he said. “In the situation we’re going to be in, we’re probably going to have port-o-potties, and we’re not going to get a shower. That stuff’s not going to be really available. It’s just stuff like that that most people don’t realize that makes a big difference.”

Project Serve Our Soldiers is a community based and supported, 5013(c) non-profit that is funded by donations and fundraisers. In addition to care packages, PSOS also sends holiday boxes to deployed soldiers and their families. All members of the organization are volunteers, and the organization is headquartered inside the Tenn. National Guard Armory in Rogersville.

Each year the group adopts a different military unit from one of the branches of the U.S. Armed Forces, with an eye toward adopting a unit that has military personnel from East Tennessee.

PSOS also was the subject of several Review articles this past spring when they partnered with the Happy Heart Quilt Guild to make around 15,000 face masks for Hawkins County first responders at the beginning of the COVID-19 pandemic when supplies were limited.

“Project Serve Our Soldiers tries to support all soldiers from the Hawkins County area who are deployed, sent to active duty or on missions like this,” Mowry told the Review. “They also try offer help to families of soldiers who are gone. They also try to help the soldiers themselves in any way they can.”