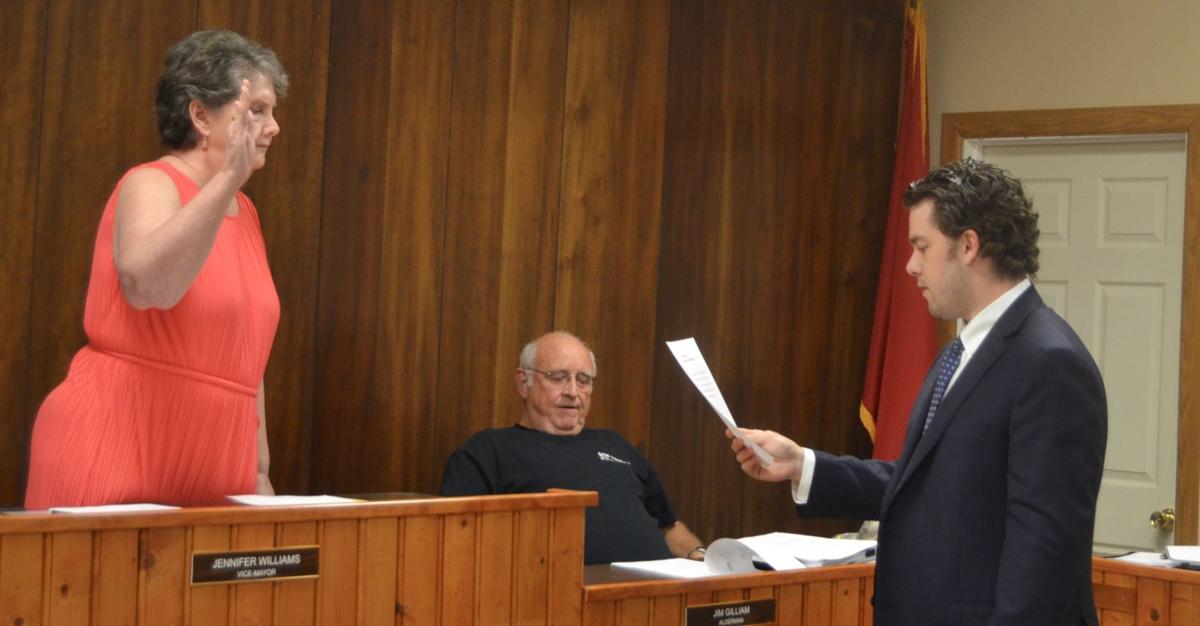 Mayor Jennifer Williams is sworn in. 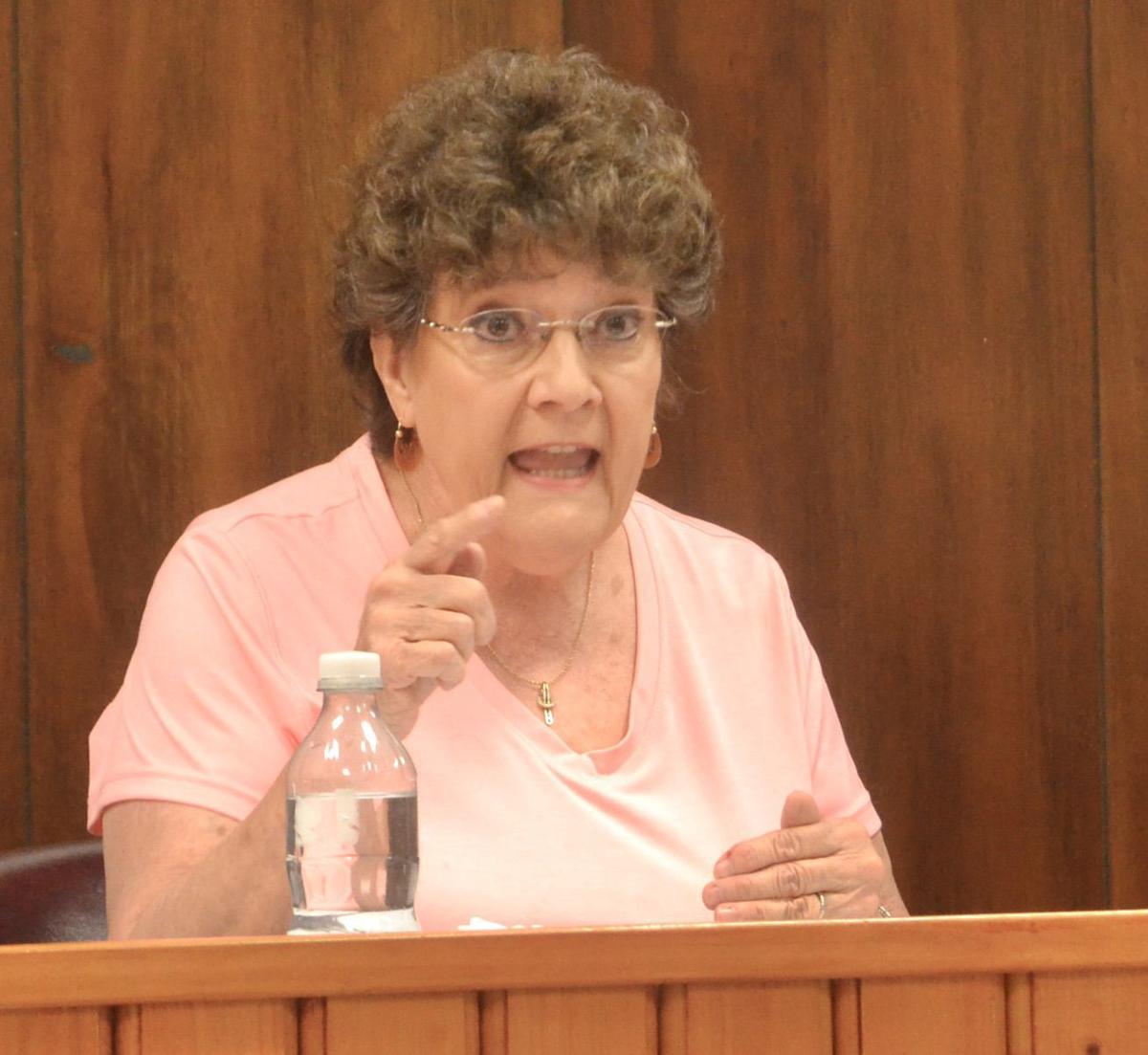 ”Together we’ll make it, but divided we’re going to fall,” Vice Mayor Stilwell told the board. 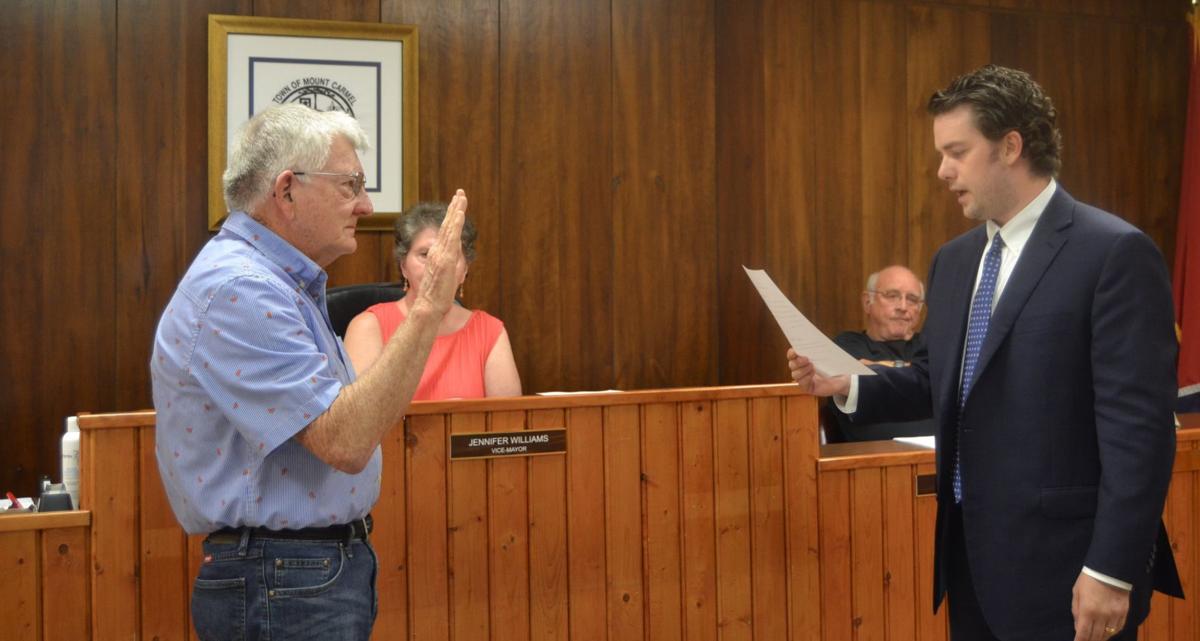 Alderman Garrett White is sworn in. 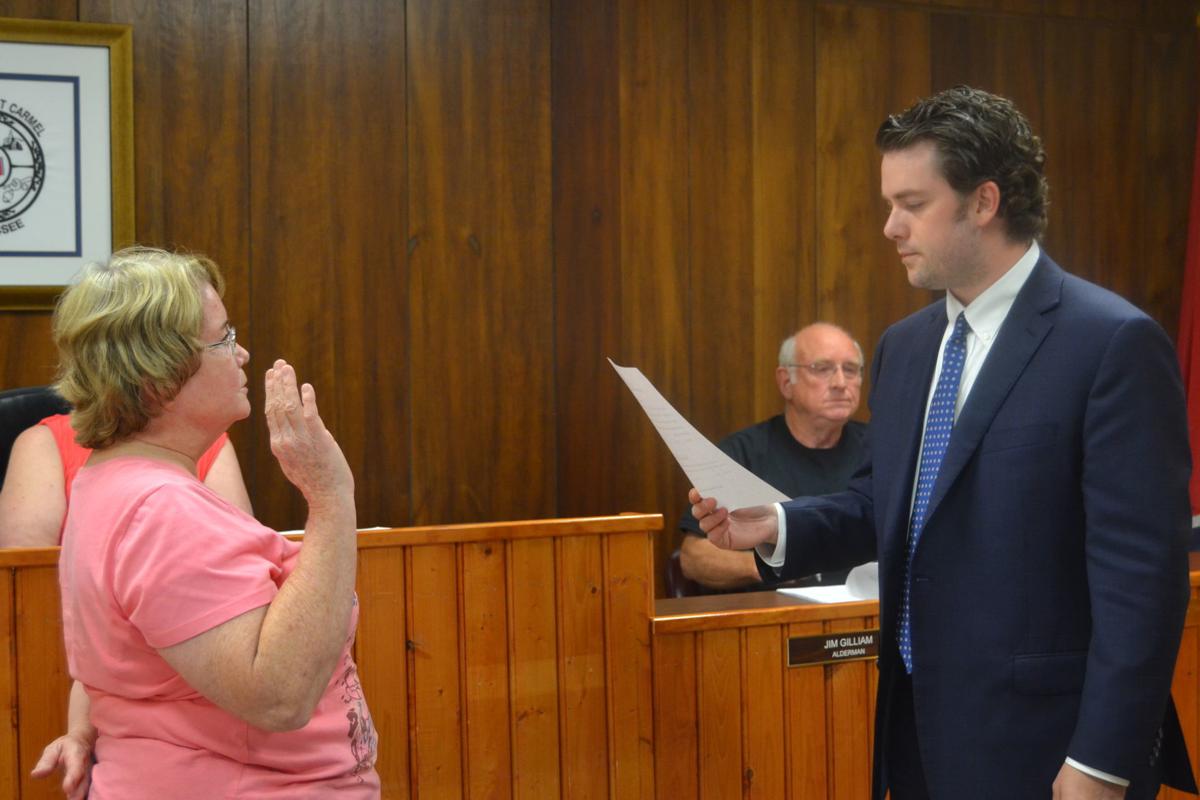 Alderman Teresa Mauk is sworn in. 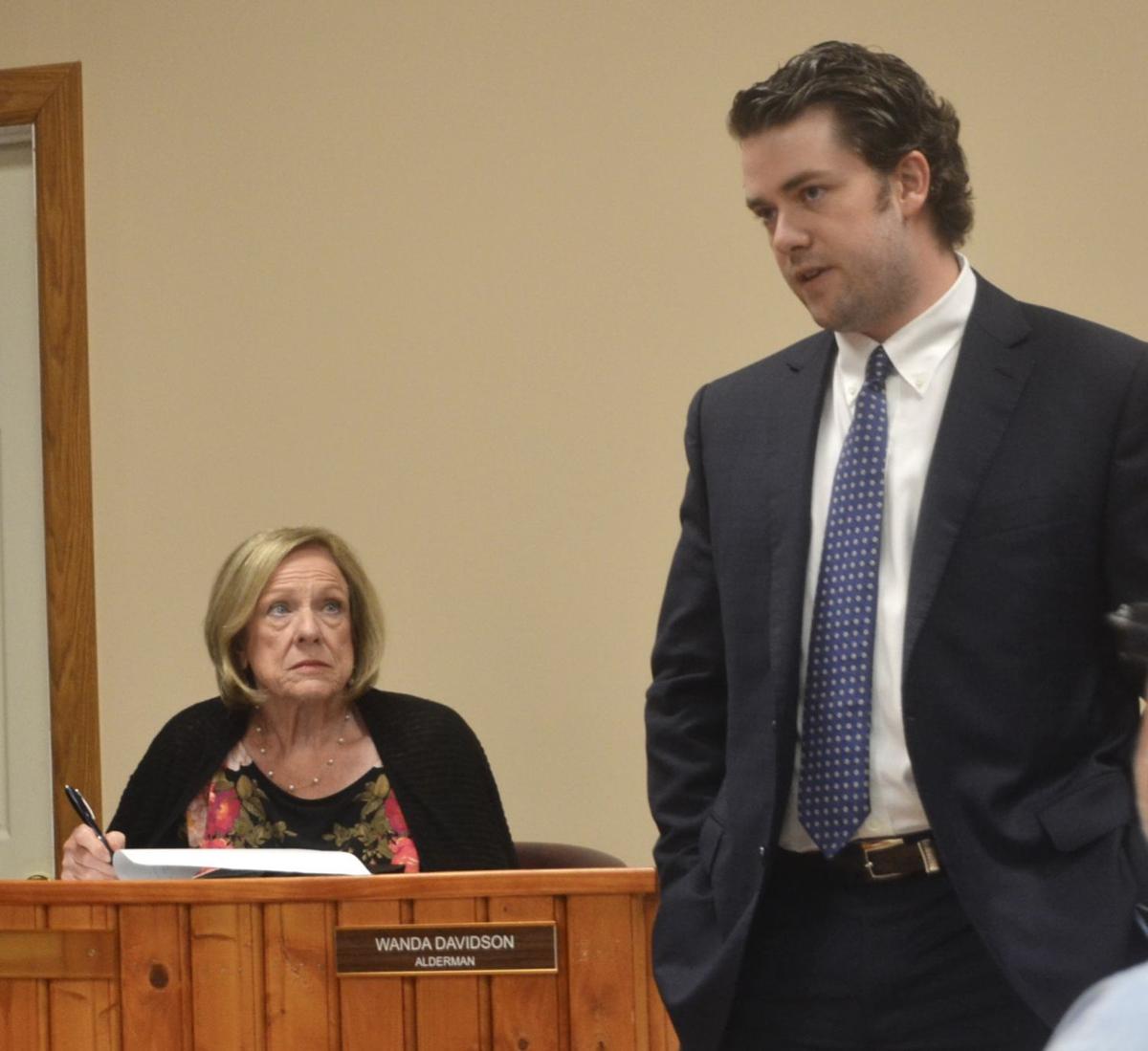 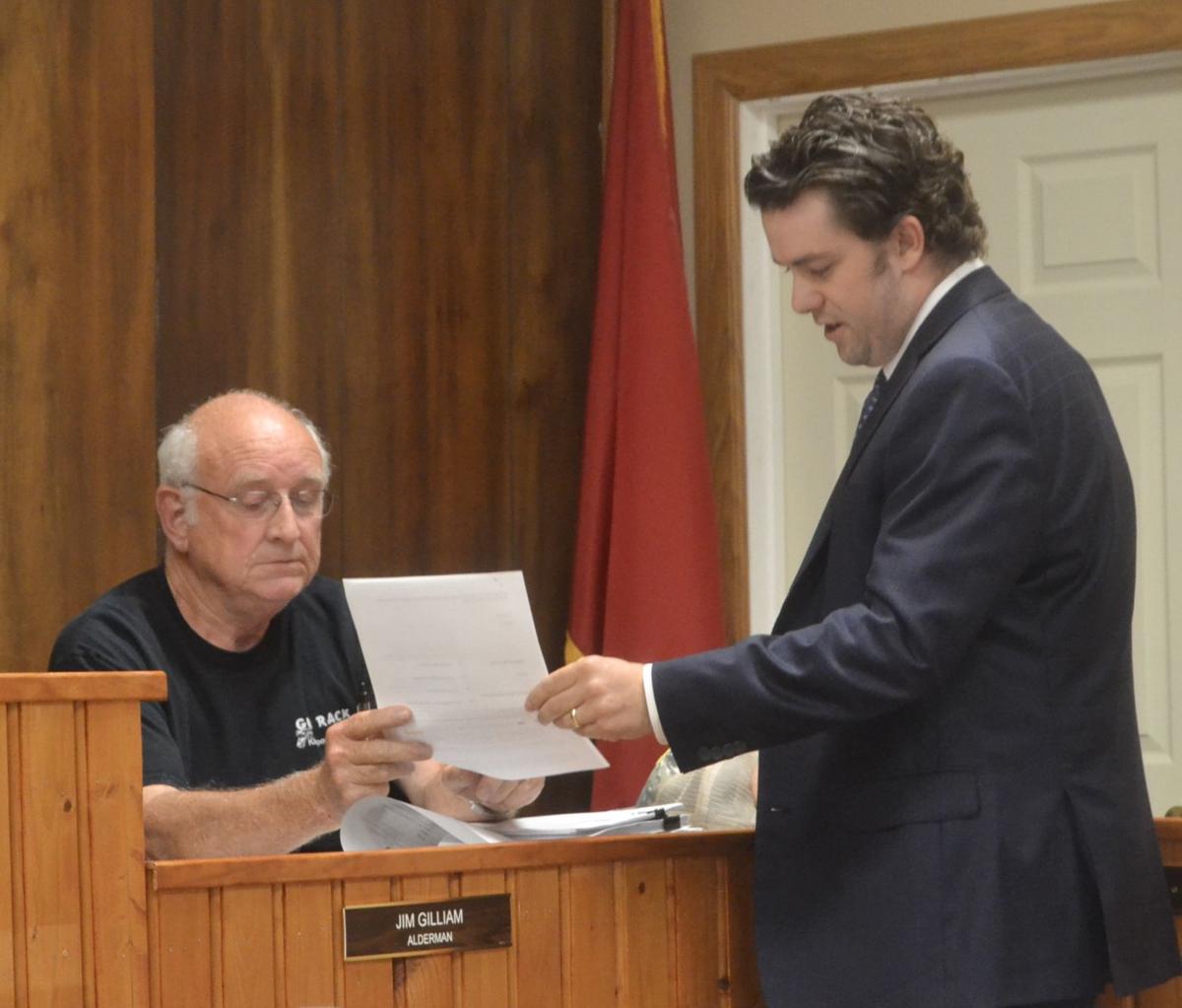 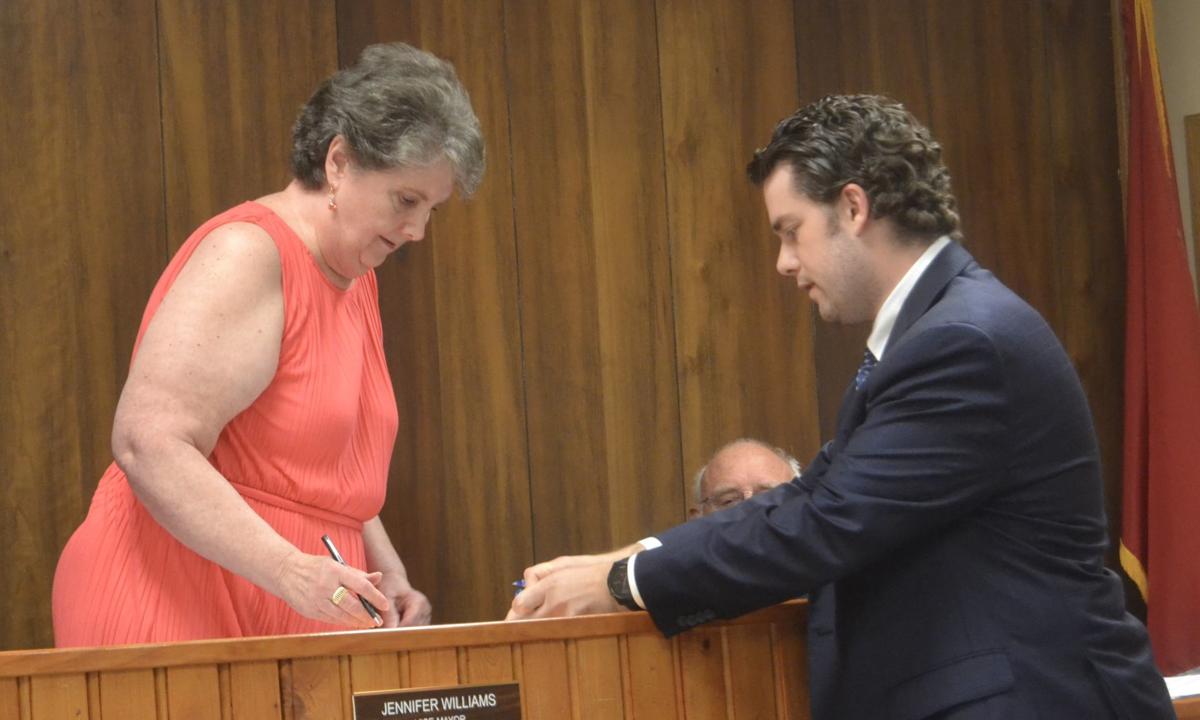 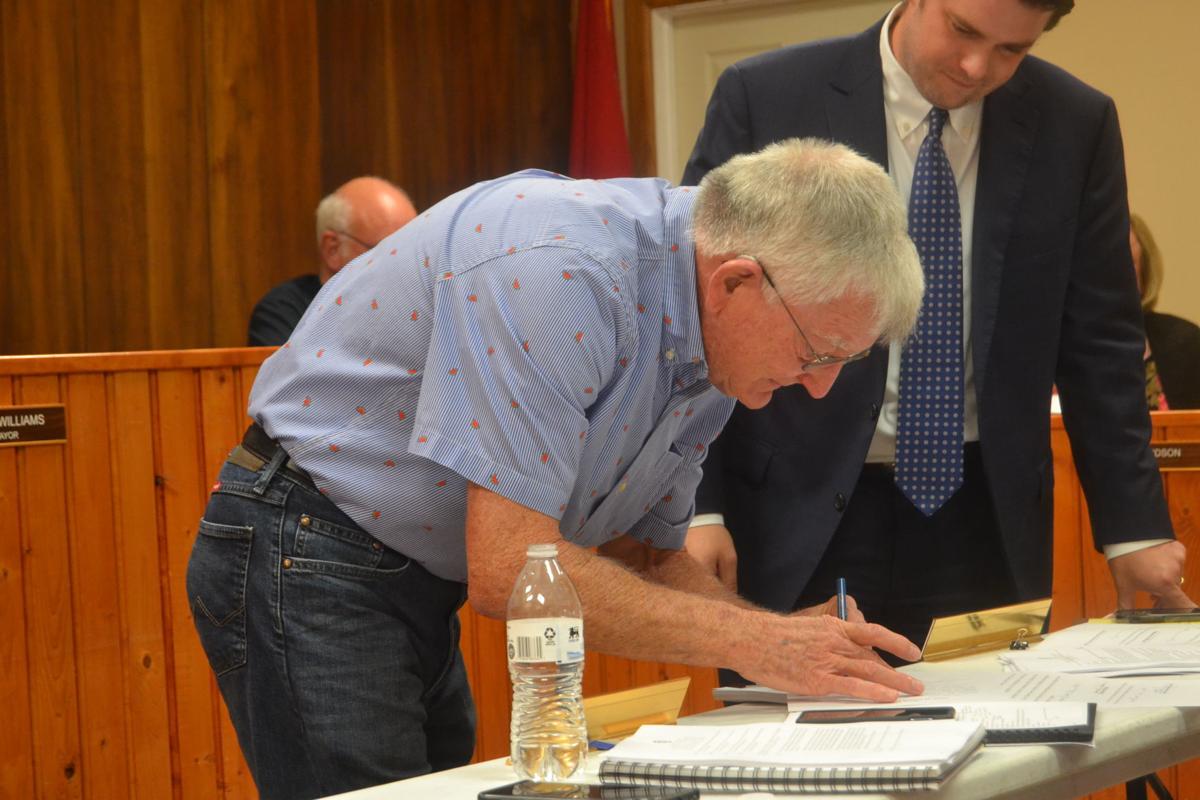 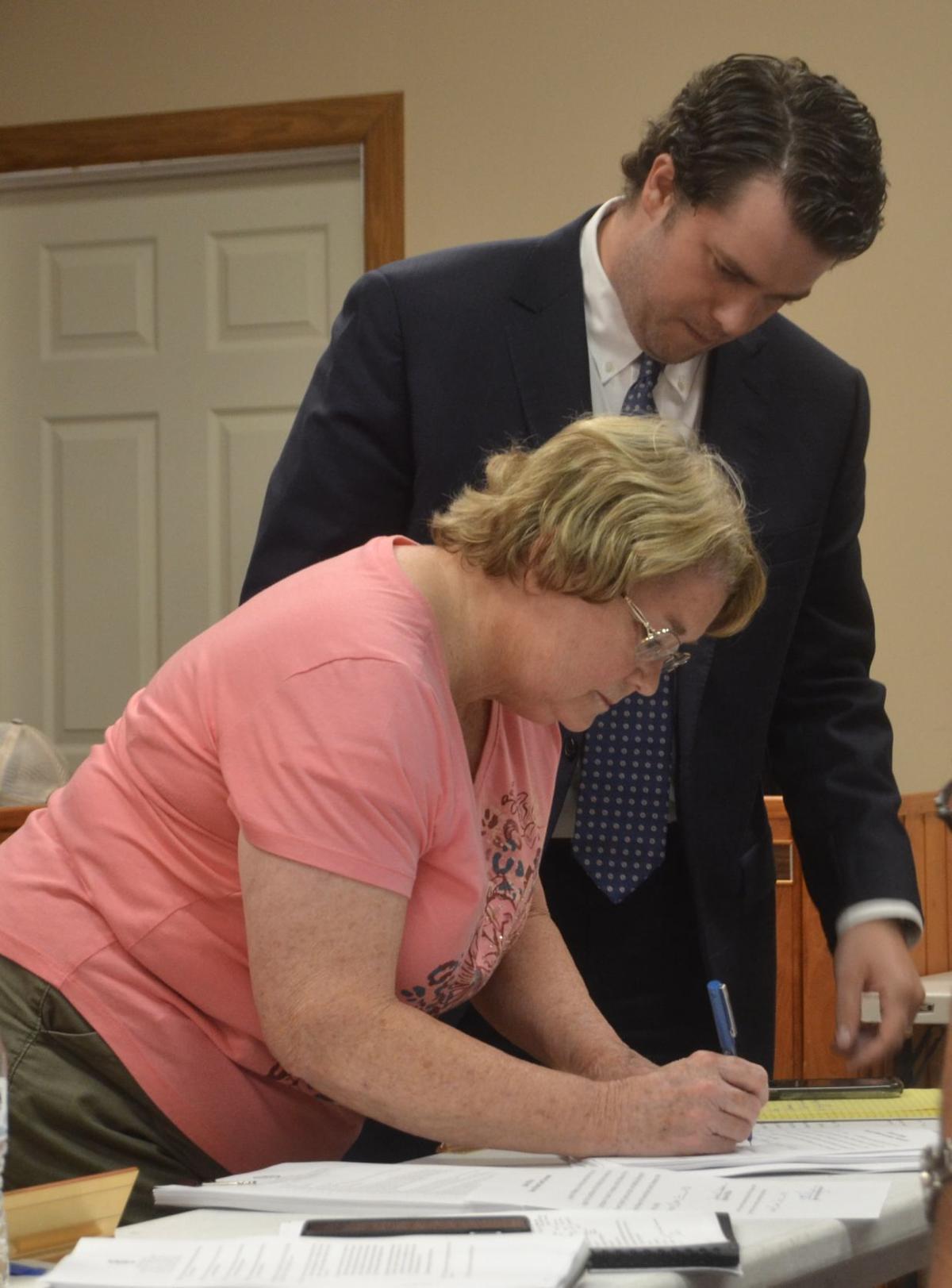 Mayor Jennifer Williams is sworn in.

”Together we’ll make it, but divided we’re going to fall,” Vice Mayor Stilwell told the board.

Alderman Garrett White is sworn in.

Alderman Teresa Mauk is sworn in.

As City Attorney John Pevy told the Mount Carmel Board of Aldermen at Thursday’s meeting, the town is experiencing unprecedented times.

After the town’s Mayor Chris Jones and Alderman Carl Wolfe resigned from their positions a little over two weeks ago, the BMA appointed a new Mayor, Vice Mayor and two new aldermen.

As the Review previously reported, Jones and Wolfe resigned after Pevy filed a writ of ouster against them in Hawkins Co. Circuit Court. This petition alleged that the two had conspired to draft a bogus eviction notice in an attempt to evict Jones’ girlfriend from the house the pair were renting from Wolfe. The petition further alleges that they illegally used the town seal on this bogus document.

A link to a full article on the matter can be found in the online version of this article.

Confusion over the law

Pevy told the board that there was some confusion among the University of Tennessee’s Municipal Technical Advisory Service (MTAS) on the law governing the way the mayoral seat should be filled when it was vacated.

This resulted in a lengthy legal discussion before any nominations or appointments were made.

“One school of thought believes that the Vice Mayor doesn’t automatically become Mayor but, instead, performs the functions of Mayor until the next election,” Pevy explained. “The other school of thought—and this is how I understood it until this point when we finally had to deal with this situation— is that the Vice Mayor becomes Mayor upon the resignation of the Mayor or the Mayor’s inability to continue functioning as Mayor.”

Thus, in the first school of thought, Williams would assume the duties of Mayor but remain the Vice Mayor. The Mayor’s seat would then remain vacant until the next election on November 3.

In the second school of thought, Williams would be appointed Mayor and serve until November 3. Her seat would then need to be filled by a current Aldermen, and this would leave two Aldermen seats empty.

He went on to add that there was no case law or attorney general opinion on the matter to offer clearer guidance.

“If you look at the Vice President, the Vice President becomes the President,” Pevy added. “The term ‘Vice,’ when applied to public office, as I’ve always understood it, was to avoid vacancies in office in the event that the head or chairman is no longer able to serve.”

He then asked the board to vote on which interpretation they would prefer to follow.

“We’re in unprecedented times,” he said.

At that point, Williams said, “I’ll just say it: I make a motion that I be put in as Mayor.”

The board then voted 4-1 in favor of Williams taking the Mayoral position, with only Alderman Jim Gilliam voting no.

Williams also told the gathered crowd that she would be in her office at City Hall on Tuesdays and Thursdays from 10 a.m. to 1 p.m. for any community input or concerns.

Williams then nominated Alderman Wanda Davidson, who did not accept the position.

“I do appreciate you putting your confidence in me to be Vice Mayor,” she said. “But, it’s an opportunity I’ll have to pass up.”

Williams then nominated Stilwell, who did accept.

The board then voted 3-2 in favor of Stilwell, with Gilliam and McClain voting in favor of McClain.

During the ‘visitor’s comments’ portion of the meeting, Paul Hale spoke up from the audience and asked to be considered as Alderman.

When it came time to nominate two new Aldermen, Williams nominated Garrett White. Davidson then nominated Teresa Mauk, and both McClain and Gilliam nominated Paul Hale. All three nominees have actually served on the board in the past.

“Together we’ll make it, but divided we’re going to fall.”

Before the board voted unanimously to accept Jones and Wolfe’s resignations, Alderman Pat Stilwell told the board that, after they are accepted, the board needs to “move on.”

“We’ve got to move on and work together,” she said. “We’ve got people that’s on one side and the other. It’s not worked in the past, and it’s not working now, so we need to get together and meet in the middle. We need to work for the people of Mount Carmel. They are the ones who are paying our taxes, and they are out bosses. We’ve got to stop this nit-picking on both sides of the aisle. Together we’ll make it, but divided we’re going to fall.”