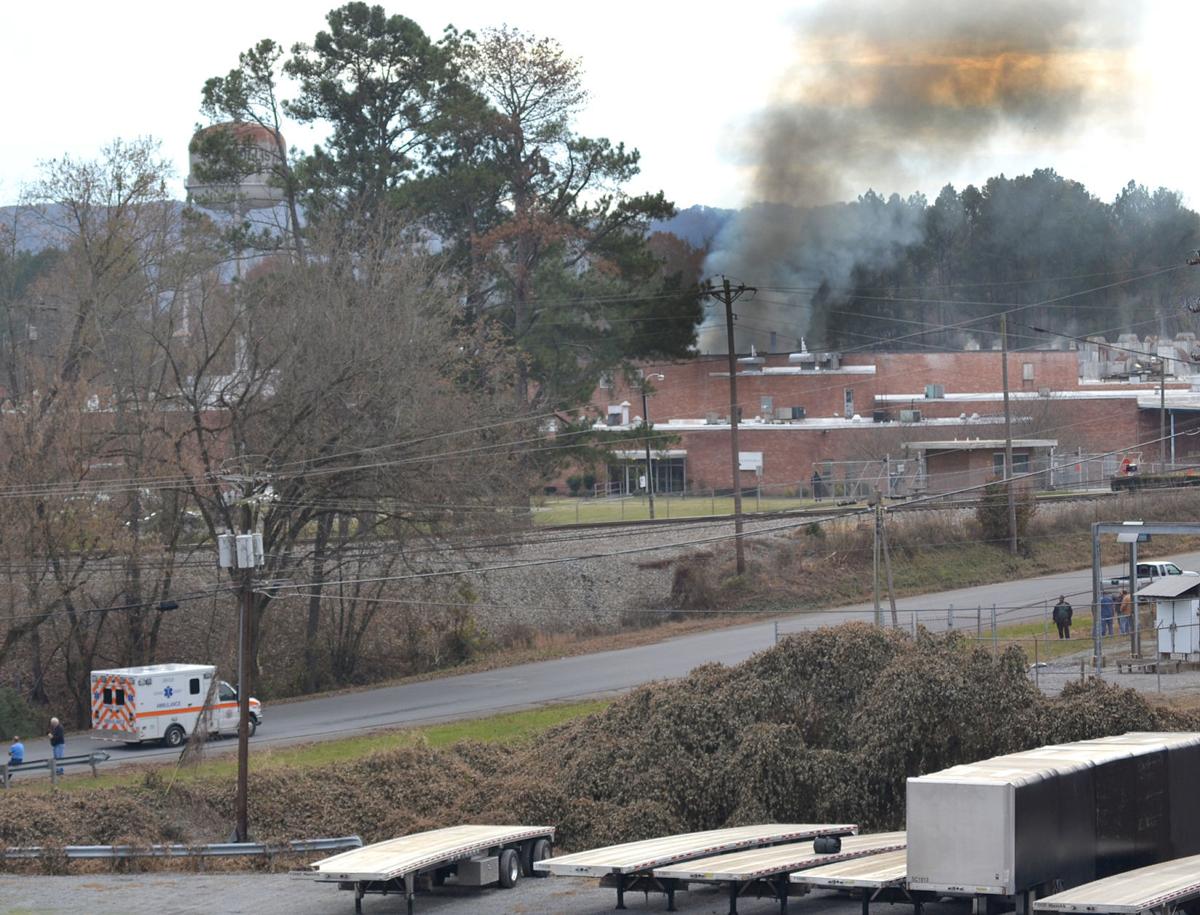 Smoke could be seen rising above Holliston Mills plant from nearby 11W as an ambulance from Hawkins Co. EMS (below, left) positioned in case emergency medical services were needed. 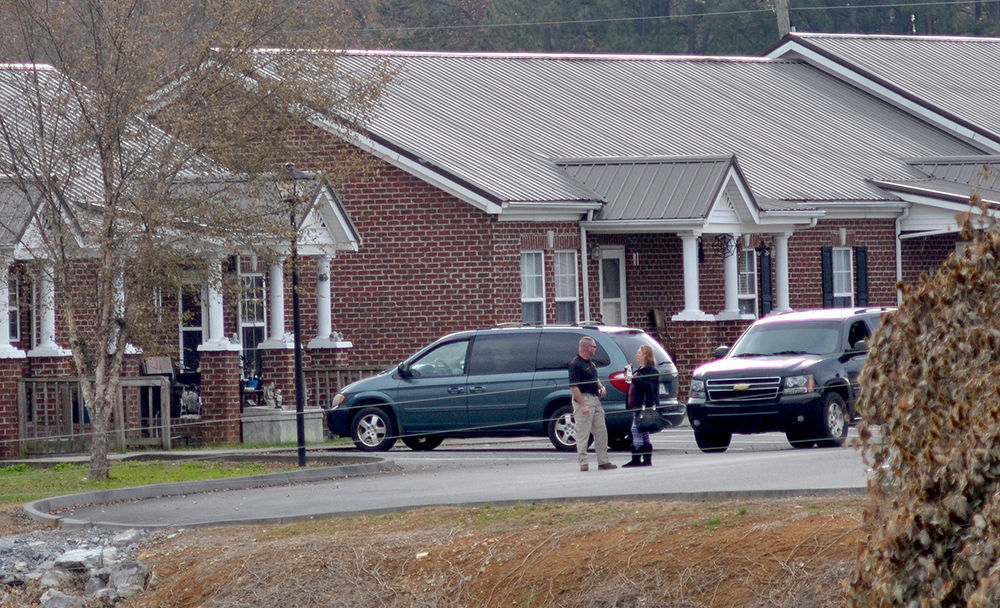 Residents and employees were allowed back into the area once the “all clear” was given.

Smoke could be seen rising above Holliston Mills plant from nearby 11W as an ambulance from Hawkins Co. EMS (below, left) positioned in case emergency medical services were needed.

Residents and employees were allowed back into the area once the “all clear” was given.

CHURCH HILL — At around 1 p.m. on Nov. 21, emergency crews were dispatched to a large chemical fire at the Holliston Mills plant.

Radio traffic monitored by the Review and phone calls received by the newspaper indicated that black smoke could soon be seen from as far away as Kingsport.

Holliston Mills is located at 905 Holliston Mills Road in Church Hill and is a coated cloth manufacturer. According to their website, they create fabric for publishing, packaging and industrial coating markets.

EMA Director Jamie Miller told the Review that the primary chemical contributing to the fire was nitrocellulose wetted with alcohol.

The plant is technically outside of the city limits, so Church Hill Police Department Chief Chad Mosley told the Review that the Church Hill Fire Department received a call to provide mutual aid on the scene. They provided a fire truck and six firemen.

“We evacuated a half mile radius due to the chemicals that were stored there at the plant,” he said.

Thus, Holliston Mills employees as well as residents of the nearby Church Hill Village Apartments were evacuated from their homes.

Though chemical presence near a fire can lead to potential explosions, Mosely told the Review, “we were just notified of a fire in the plant.”

“It was mostly just a fire, but there were reports of a ‘pop’ at the beginning,” Miller added. “It is unknown what that was.”

Miller also noted that four responders were transported to nearby medical centers “as a precaution” for possible chemical exposure.

Church Hill Police Department Officer Ethan Mayes told the Review that Carters Valley Fire Department was in command at the incident, but emergency crews from multiple area agencies were on scene. Kingsport HAZ-MAT was also on scene.

Mosely told the Review that the evacuation was lifted at around 2:30 p.m. though no one was allowed inside the plant at the time, as it was still considered a “live scene” at the time.

Miller explained that, after the fire was under control, he was able to determine that “there was heavy fire damage to the rear of the building, but it was contained by fire walls.”

When asked if Holliston Mills will be able to continue the manufacturing process by Nov. 22, Mosely said, “from what I can see, they probably will not.”

Miller also noted that a chemical cleanup company had been contacted by the end of the day on Nov. 21.

As to the cause of the fire, Miller explained that the investigation is still ongoing, but it will be up to Holliston Mills’ insurance provider to determine the official cause rather than Hawkins Co. EMA.

The Review did speak with a Holliston Mills employee who works in the department where the fire occurred who noted “it was not as bad as it could have been, given where the fire was.”