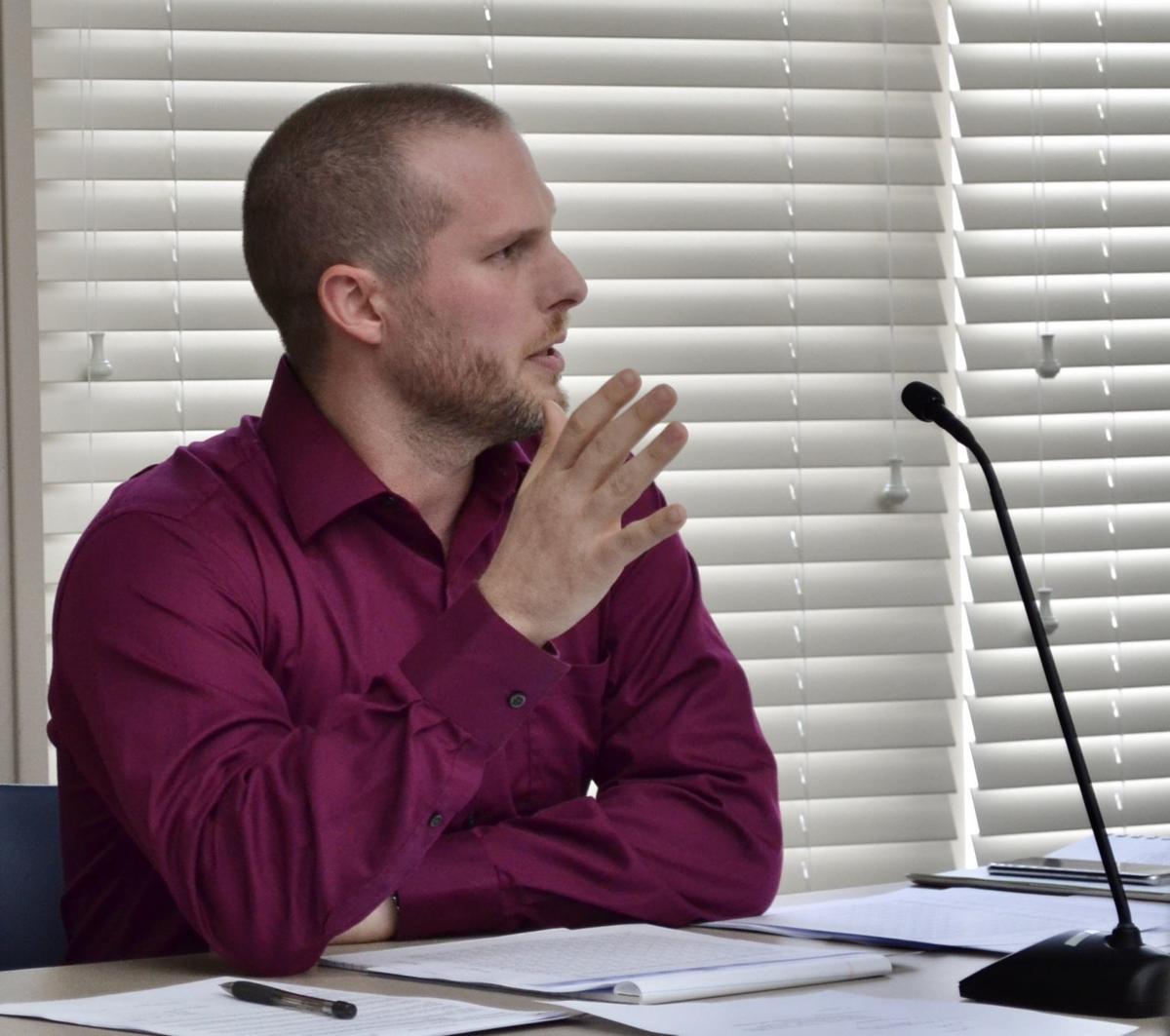 Since Eric Buchanan became finance director, there have been no negative audit findings that were within his power to control. The 2018-19 Hawkins County audit report also has zero findings.

Mark DeWitte (right), who is seen next to Dawson Fields in this photo, recommended that the committee tie the Finance Director’s position to that of county officials.

Since Eric Buchanan became finance director, there have been no negative audit findings that were within his power to control. The 2018-19 Hawkins County audit report also has zero findings.

Mark DeWitte (right), who is seen next to Dawson Fields in this photo, recommended that the committee tie the Finance Director’s position to that of county officials.

The last paragraph of the article originally indicated that the finance director's new salary was passed in last week's budget hearings. However, the new salary recommended by the Personnel Committee is not official until the 2020-2021 budget is passed and this raise is a part of the budget. The Budget Committee will meet on May 29 for calculations and changes to the second draft of the 2020-2021 budget.

Members of the Hawkins Co. Commission’s Personnel Committee all agreed that the county’s Finance Director is grossly underpaid—at least compared to that of other counties the size of Hawkins.

However, not all committee members were in agreement on just how this issue should be resolved.

Back in March, Commissioner Mark DeWitte brought the issue before the board, noting that county Finance Director Eric Buchanan’s salary was $48,321 annually, and average salary of a finance director in Tennessee counties within 15% of Hawkins County’s population is roughly $85,565.

“We don’t want to lose him”

Since Buchanan became finance director, there have been no negative audit findings that were within his power to control, and the 2018-19 Hawkins County audit report released by the state comptroller back in February has zero findings.

At the March personnel committee meeting, Mayor Jim Lee recommended to the committee that Buchanan be paid “At least the average (of similar counties).”

“I believe that’s fair on both sides,” he said. “Believe me, Eric is worth it. Eric does a great job and we’re going to lose Eric, and I don’t blame him. He can go to the next county over and make $30,000 more the first day.”

“It’s a little embarrassing to see $48,000 there with everybody else — smaller counties and less money than other counties,” Commissioner Bob Edens said in March.

“If he left, I don’t think we could get anybody with his experience to fill that position,” Commissioner Larry Clonce noted at the May 7 meeting.

Buchanan is currently listed on the county salary scale as a “Level 12” employee, whose salary tops out at $64,619 after 20 years.

As a result, the Personnel Committee discussed creating a new level on the salary scale for him, which would have to be approved by the full county commission.

At the May 7 meeting, DeWitte again brought up the option of tying the Finance Director’s salary to that of some elected officials like trustee, county clerk and property assessor, as other counties have done. He noted that this would be “less cumbersome” than creating a whole new level on the salary scale.

“The salaries of county officials are dictated by the state, and they’re dictated by the population in that county,” DeWitte said. “Seeing as a lot of counties do tie it (Finance Director’s salary) to their officials, we decided to present it that way. If Eric should happen to leave, the salary would be the same for whoever comes in unless we decided then to change it.”

“So, this is kind-of a one-and-done deal” Commissioner Bob Edens added.

Commissioner Danny Alvis suggested at the March meeting that Buchanan’s salary be increased in increments over the next three years to a level comparable to other similar Tennessee counties, as he didn’t feel that a roughly $25,000 increase would go over well with other commissioners or the public.

He also brought up the idea of a gradual increase during the May meeting, but DeWitte noted that this would be very difficult to implement while also trying to tie the pay to that of the county officials.

Edens then made a motion that Buchanan’s salary be increased to 80 percent of the county official minimum, which comes out to $70,164.

“It will be tied to that (elected officials’ salary), and it’s dictated by the state,” DeWitte added.

So, it may be even higher when we get into the next budget cycle.”

The motion passed in the end, and the committee’s only no vote on this motion came from Alvis, who noted that he felt Buchanan deserved a raise but didn’t feel right doing it all at once.

“We need to show good faith”

“I think we’re opening the door to the wrong things on this,” Alvis noted. “I’ve always had a problem with our local leaders mandating these pay raises (for county and state employees) in Nashville and not putting any funding with it. Now we’re going to sit here and do the same thing.”

Other commissioner also noted that their constituents had expressed interest and concern over the potential pay increase.

“I’ve had phone calls, text messages and emails about it,” DeWitte added. “A lot of them said, ‘he knew what the salary was when he took the job,’a but that, in my mind, is not even a factor in this. He did know what it was, but we also didn’t know what these other counties were paying.”

“We made a bold step this year when we increased some of the wages of the county workers, and that was against a lot of opposition too,” Commissioner George Bridwell added. “I think this falls in the same class. We need to step up a little and show good faith that our county employees are important to us.”

In the end, the Finance Director’s new salary, which is set at 80 percent of the minimum county official pay, was passed during last week’s budget hearings as part of the next fiscal year’s budget.