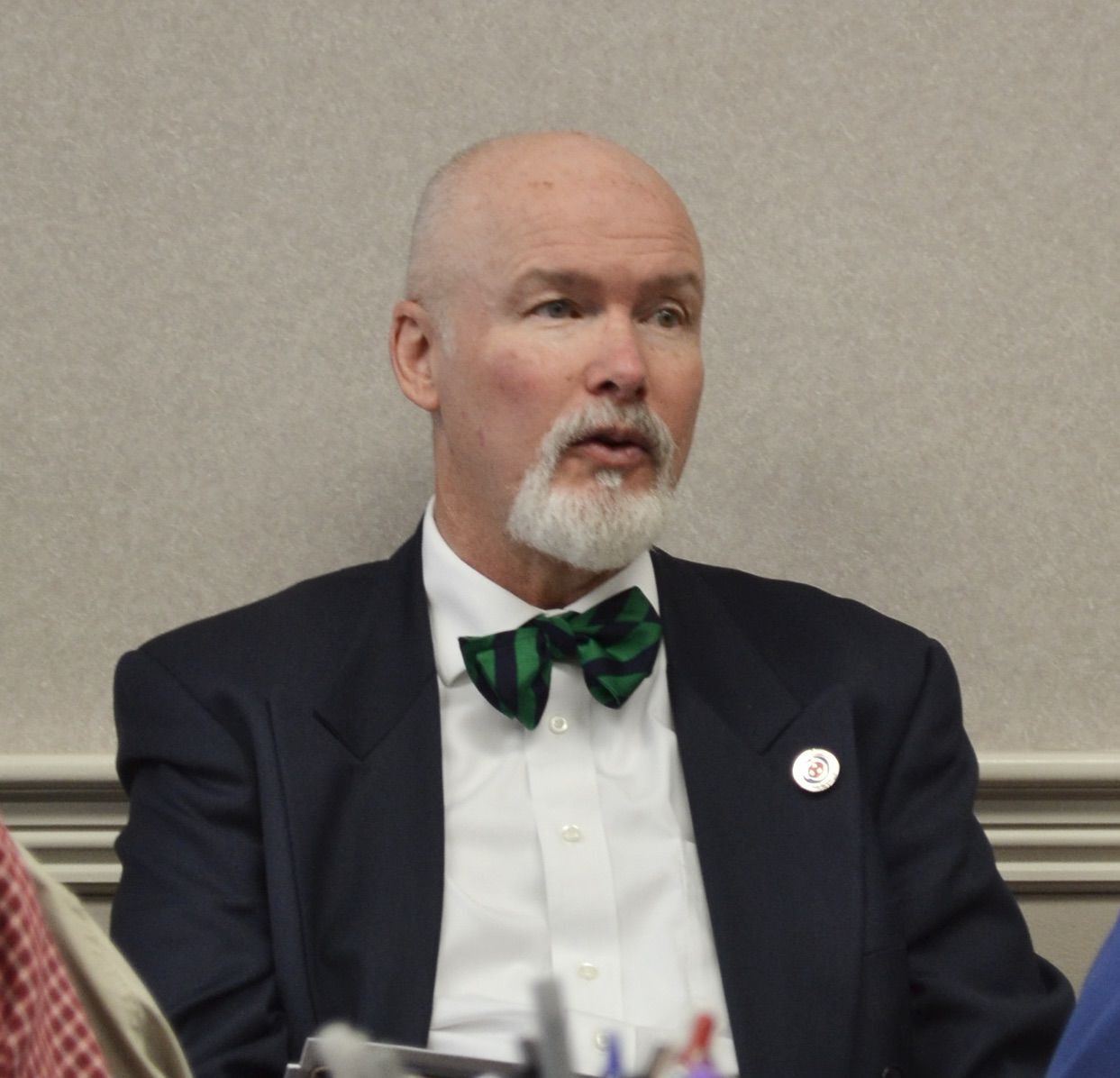 Jerry Young, who is President of TCAT Morristown, told the Industrial Development Board at their February meeting (pictured here) that a truck driving school was interested in partnering with TCAT of Phipps Bend. 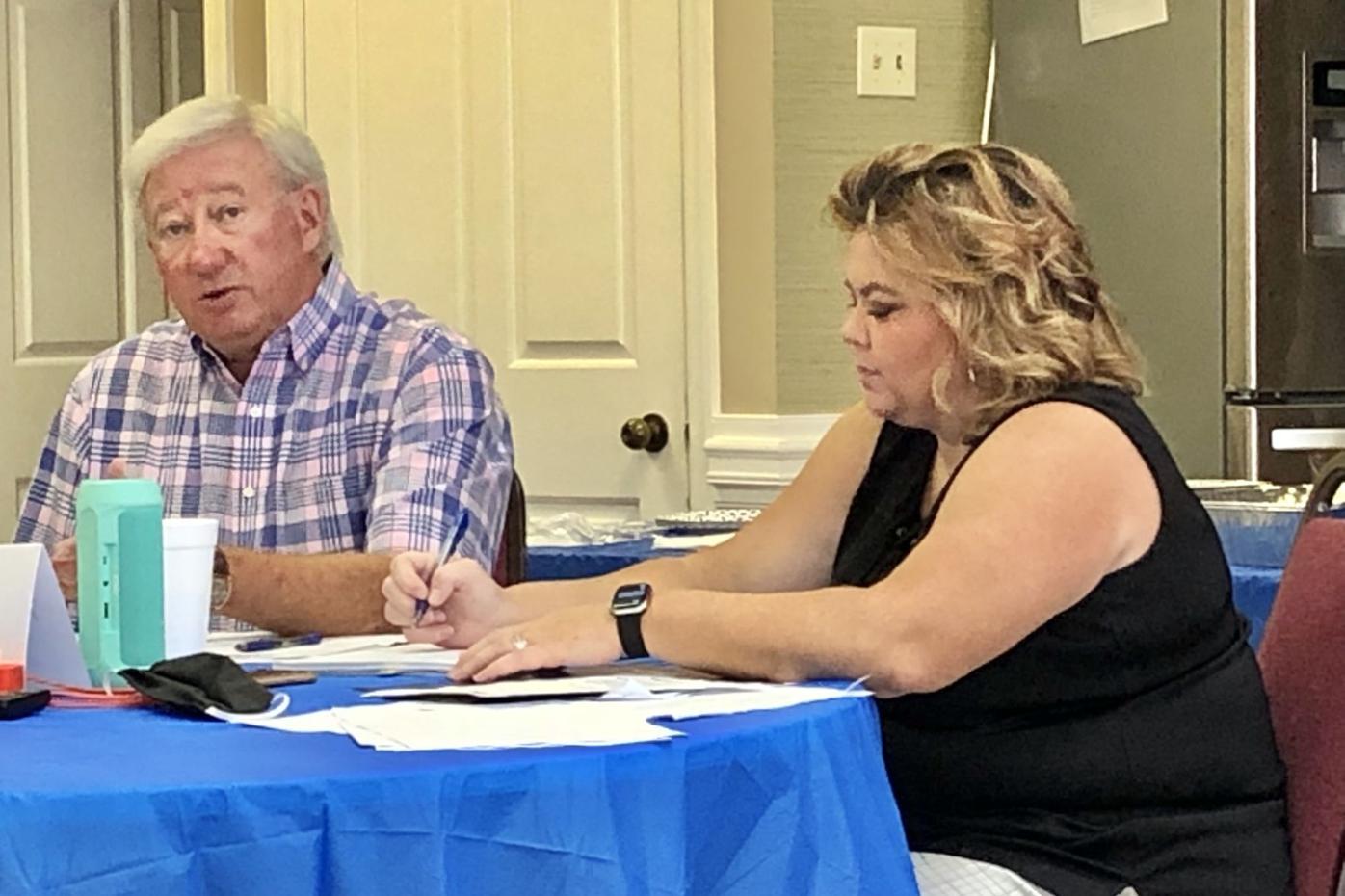 Board Chairman Larry Elkins (left) noted that there is a great need for truck drivers.

Jerry Young, who is President of TCAT Morristown, told the Industrial Development Board at their February meeting (pictured here) that a truck driving school was interested in partnering with TCAT of Phipps Bend.

Board Chairman Larry Elkins (left) noted that there is a great need for truck drivers.

Though many of the expansion plans that Phipps Bend’s campus of TCAT (Tennessee College of Applied Technology) announced at the beginning of 2020 were put on hold due to COVID-19,

the new truck-driving school may still be available by spring of 2021 along with industry training classes available for employees at the industrial park.

At the Industrial Board’s last meeting, which was in February, Jerry Young, who is President of TCAT Morristown, told the board that he has been in contact with a truck-driving training company that he first encountered when he worked for Crossville’s TCAT campus.

The company was interested in beginning a truck-driving program at the Phipps Bend TCAT campus, and Young had plans at the time to meet with representatives for the company to hopefully have the program available by fall of 2020.

The name of the particular company offering this program won’t be released until the deal is finalized.

“This has been a roller-coaster,” Young told the board at their July meeting. “This was a company I had worked with before, and, at first, they wanted to come in. We had done all the legwork, then the head guy down in Atlanta said no, they weren’t doing any more schools. Instead, they were going to do their own thing. They called me last week, and I was on the phone with the regional manager yesterday (July 29). He said that they had made a mistake and would really like to work with us if we were still willing to work with them.”

Young also noted that the regional manager assured him that the company would not back out a second time and that the executive who made the decision not to partner with TCAT “is not in the loop anymore.”

“So, we’re back on track,” Young said. “We’re probably looking at some time in the spring, because obviously COVID has slowed everything down. But, we’ll have to get our paperwork in to the state and have to get the site approved. (This company) has some big contracts up in Kingsport, and, of course the industrial park. So, we’re back on again, and I’m going to be more hopeful. I was pretty hopeful before, but I’m going to be more hopeful this time that they’re going to continue and we’re going to get the program rolling up there.”

Young also noted that the regional manager is planning a trip to Phipps Bend soon to tour the site.

“That’s certainly a need, as you drive around and see all kinds of signs, especially on trucks, that need drivers,” Elkins said. “That’s a great thing to offer local people where they can get certified with their CDL license and get their truck driving training right there at Phipps Bend.”

This program would lost for nine weeks, and Young noted that it could lead to a minimum $45,000 starting pay job.

“They hire just about every graduate they have,” Young said of the company offering the program.

“Quite a few have signed up for OSHA training,” Young said in February. “I think there were five or six industries out there that wanted to participate in that. Overall, about 60 people will receive training.”

“We had quite a bit of interest from the industries wanting that,” board Chairman Larry Elkins said at the July meeting. “We were so pleased to be able to offer it there at TCAT, but then COVID came along.”

The money was originally set to run out at the end of 2020, but Young told the board at the July meeting that the opportunity to use the money has been extended until 2021.

“Right now, some of the industries there (in the Phipps Bend Industrial Park) aren’t working, so we’re going to work on a schedule to see what we can do for them—unemployed or employed to get them back in,” Young said. “This summer, we (TCAT) have students in school, but we have to distance, and I’ve limited our class size to about 75%.”

Young noted that TCAT originally planned to offer these free training classes in the fall semester of the 2020-2021 year and have them completed by Christmas.

“I think the original (cut-off to use the money after the date was extended) was June of 2021,” Young said. “I think even if they don’t extend it past that, we can still get the training in before June—even if we don’t start until after the first of the year. But, I think they will extend that (date) anyway.”