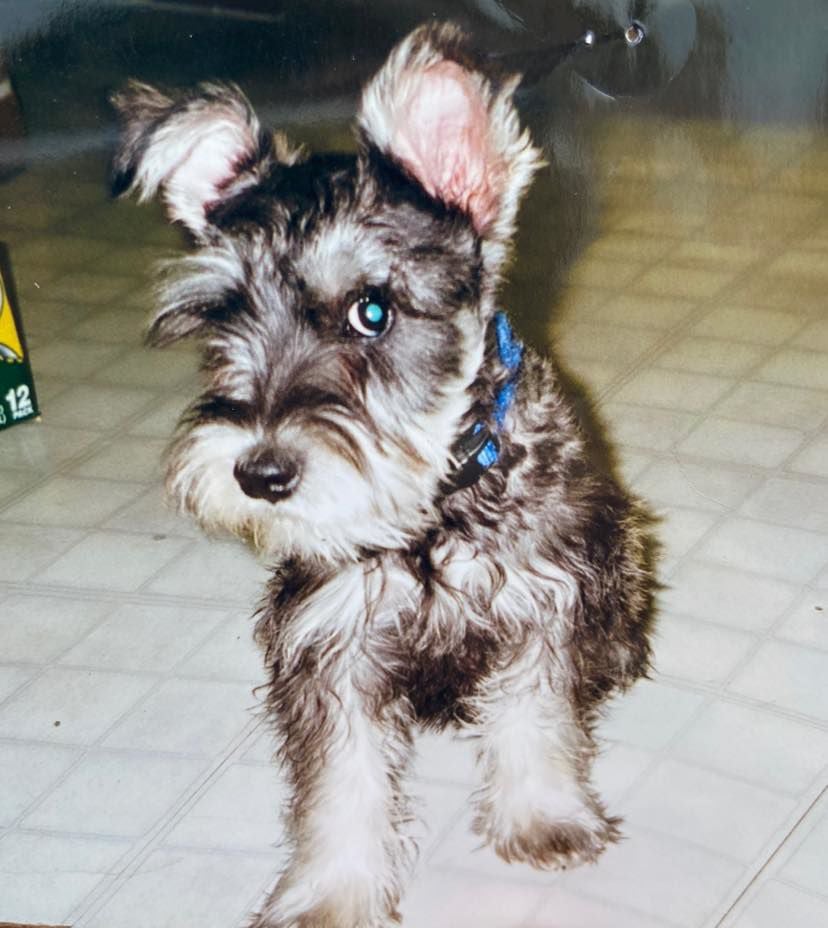 Lorrie Vaughan has several old pictures of Maximus when he was a puppy. In this photo dated 2007, you can see that he is missing part of his left ear. 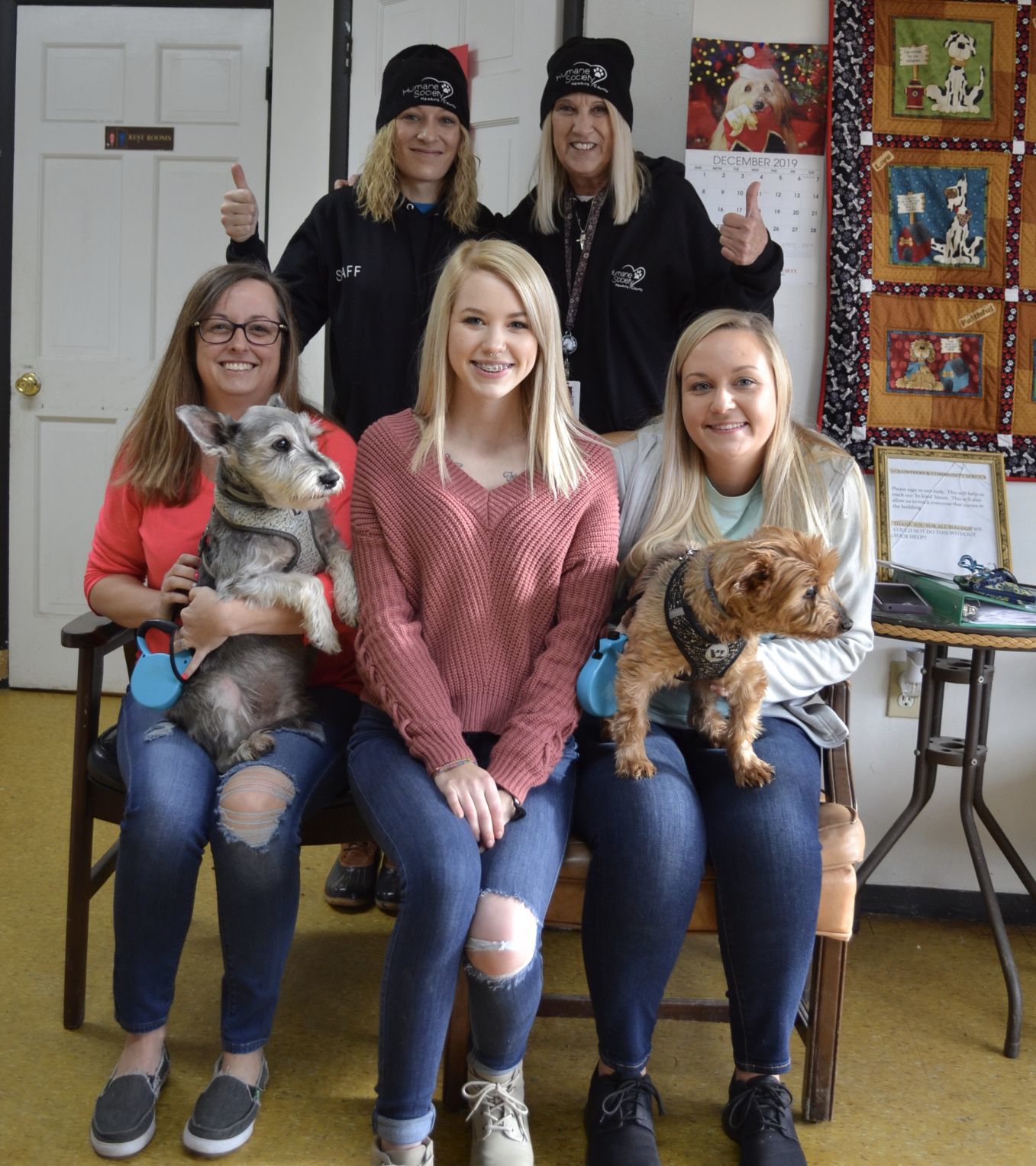 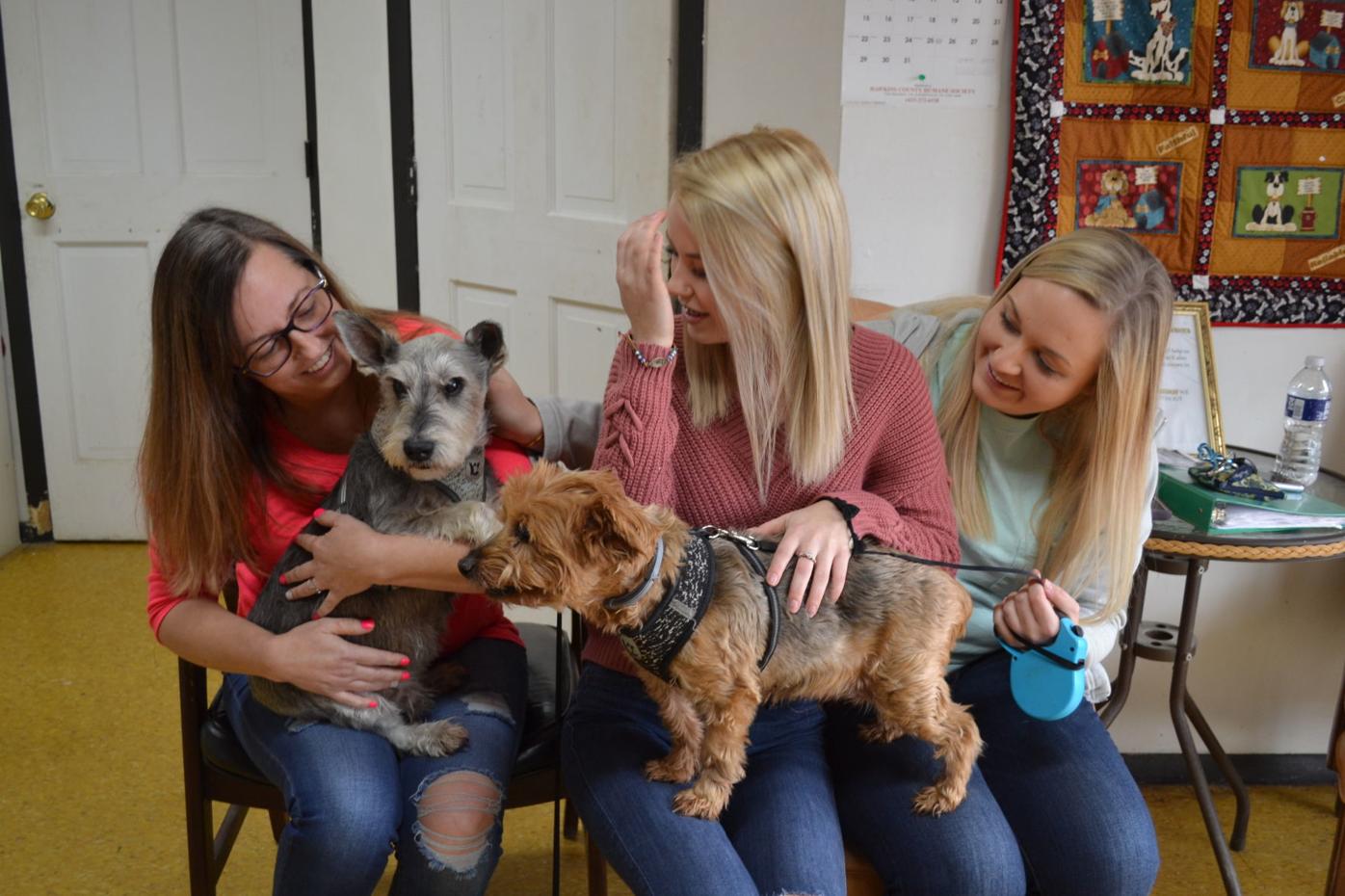 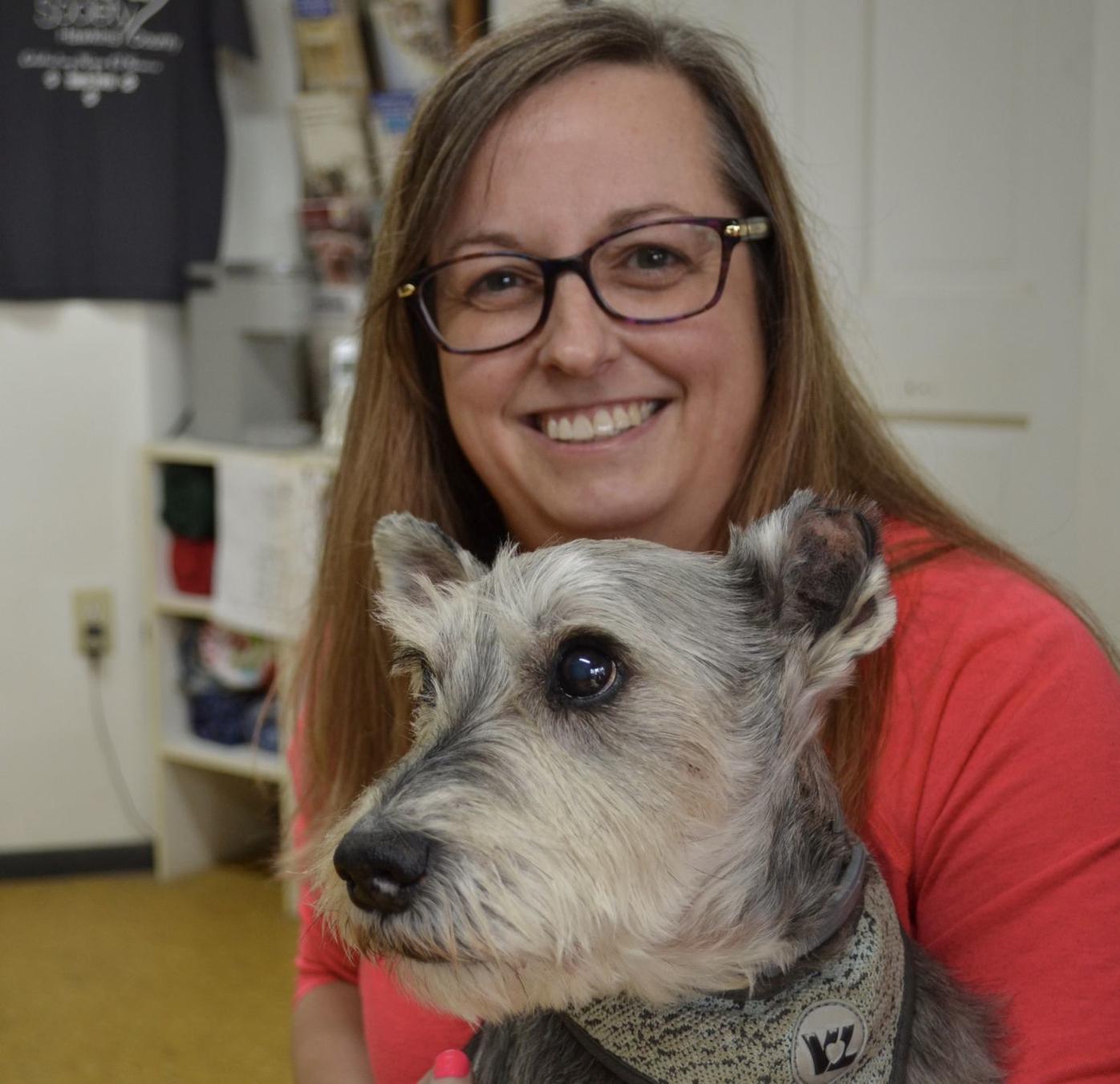 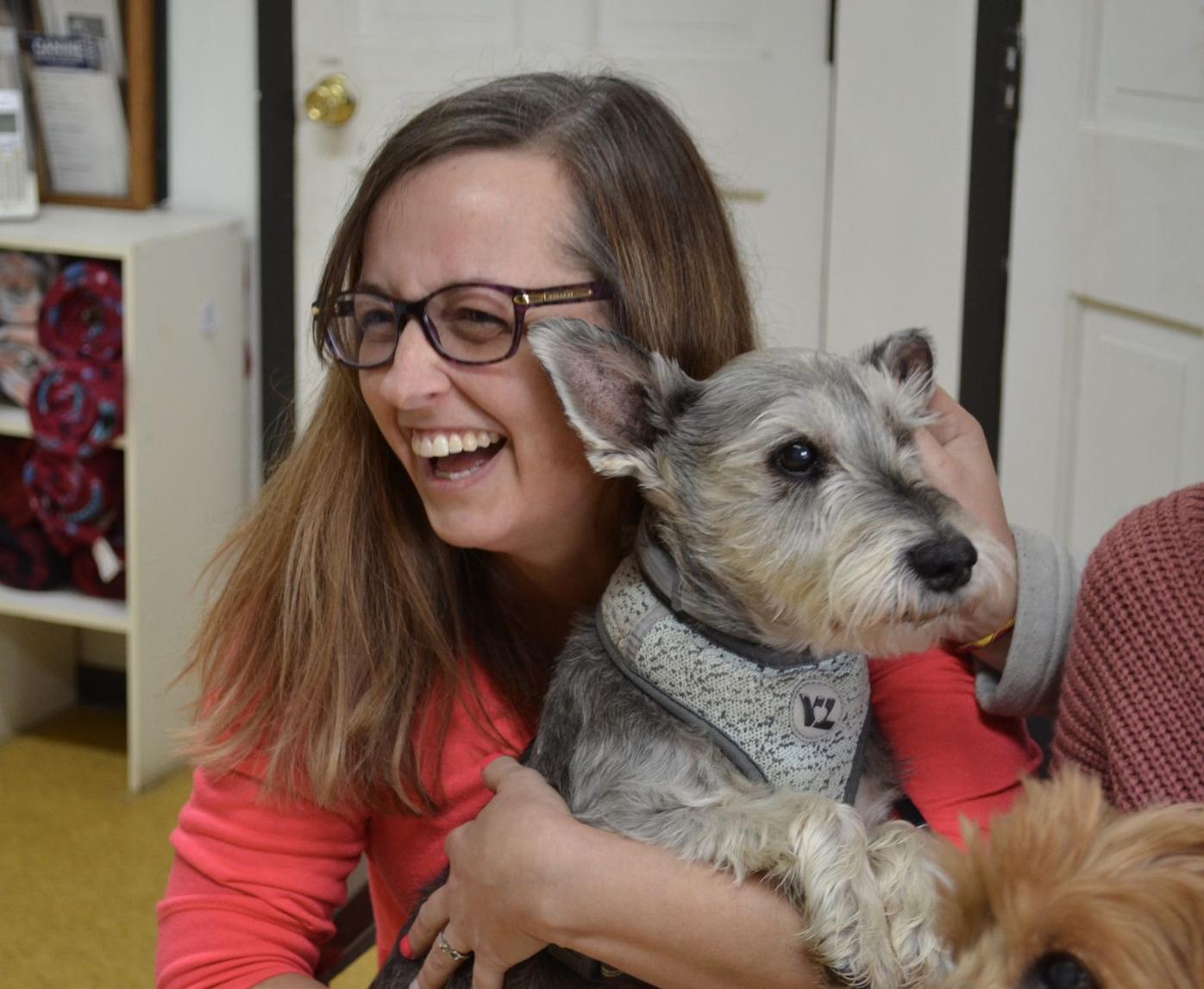 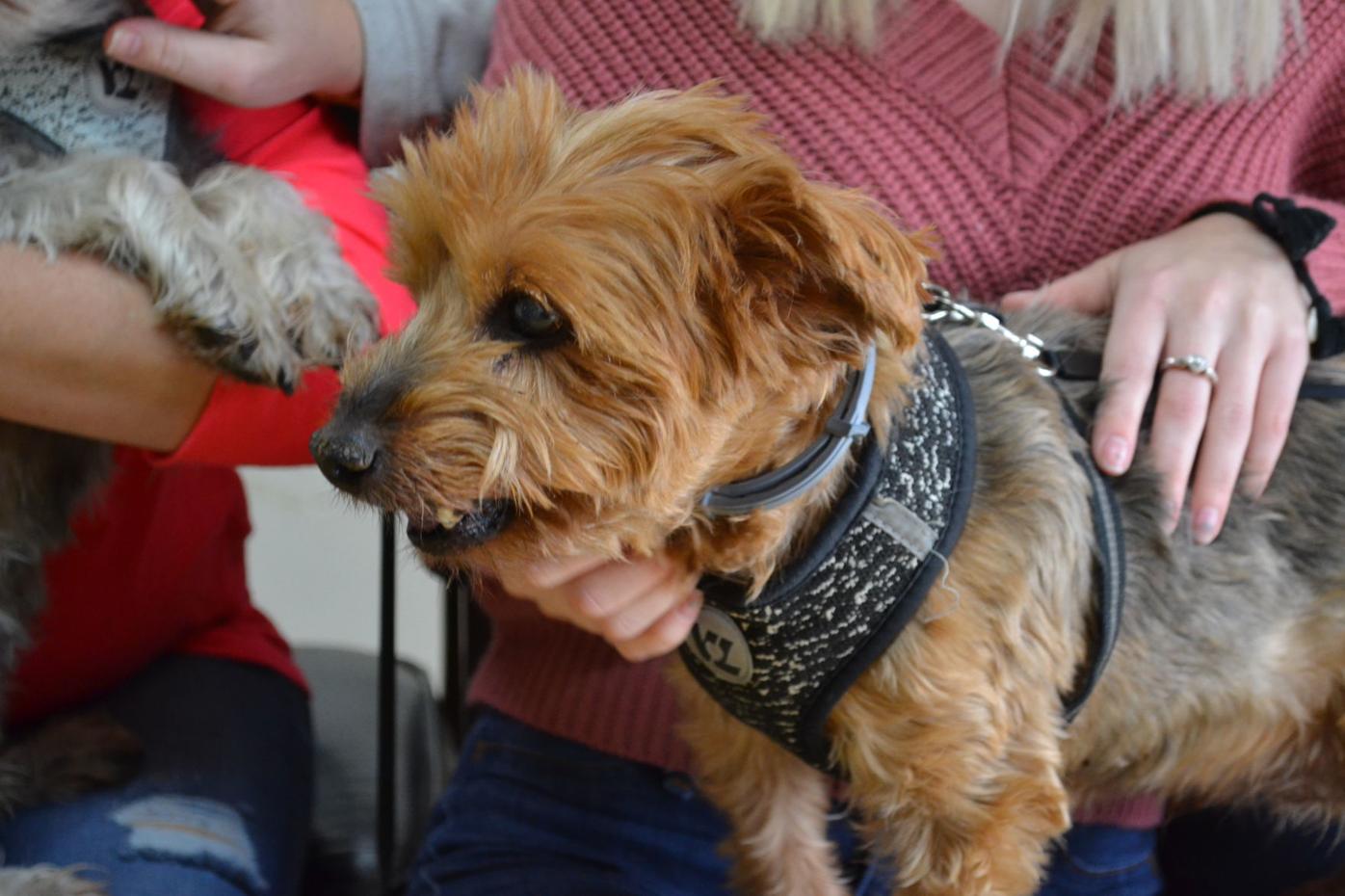 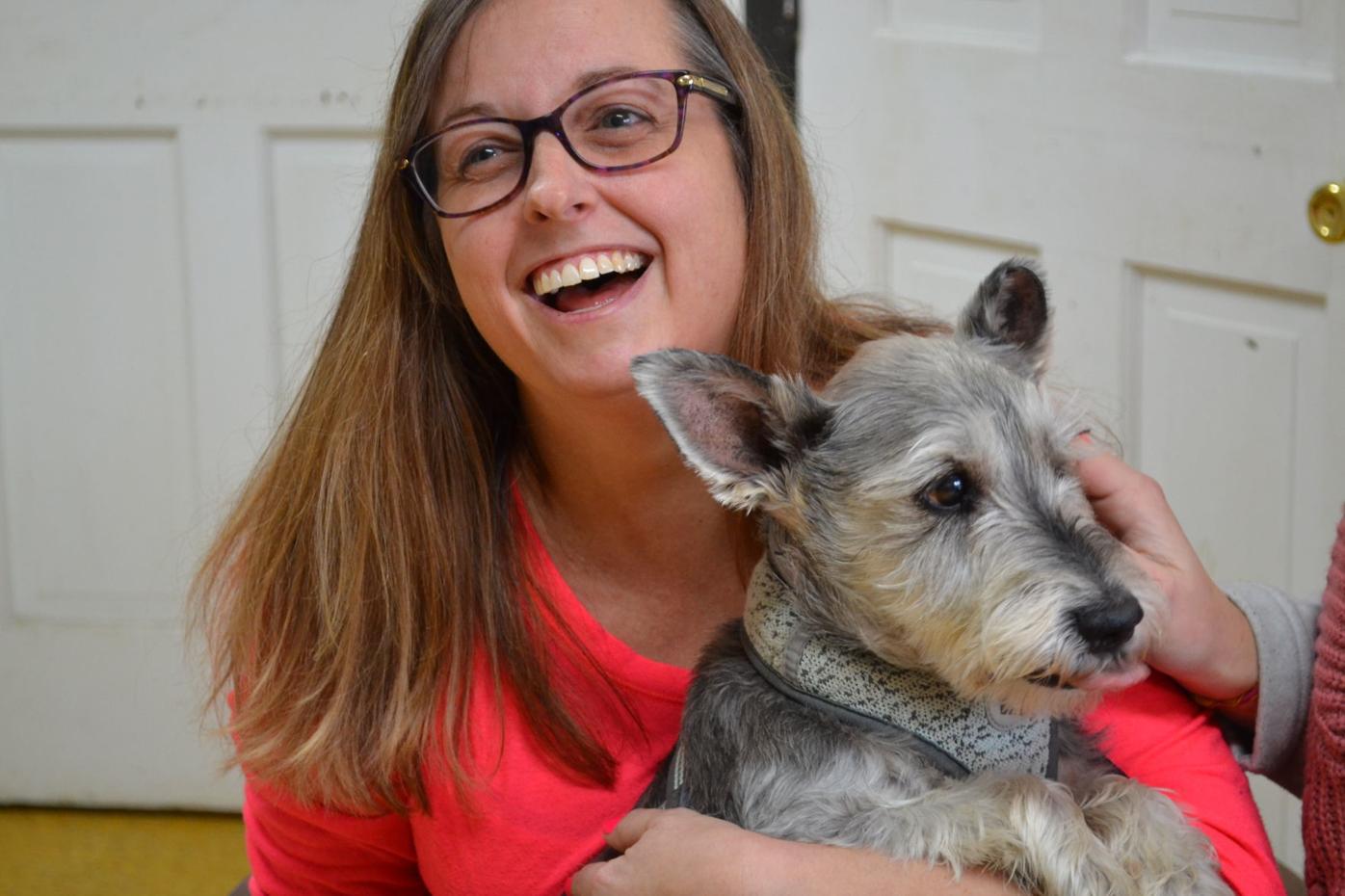 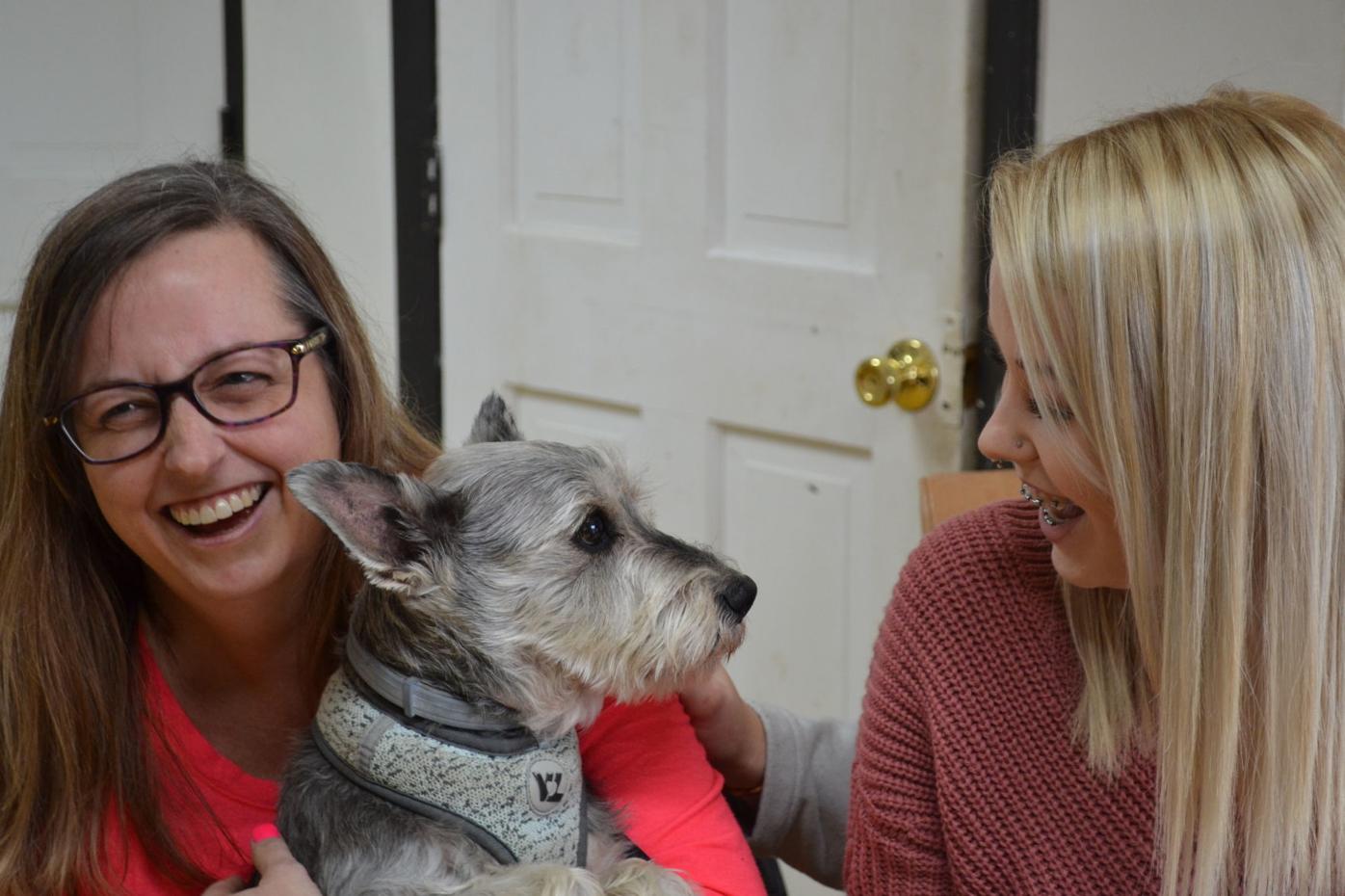 Lorrie Vaughan has several old pictures of Maximus when he was a puppy. In this photo dated 2007, you can see that he is missing part of his left ear.

A twist of fate straight out of a storybook led a long-lost Schnauzer and his owner back together after 12 years of separation.

Around 2003, Lorrie Vaughan got a little, grey Schnauzer puppy from a friend who bred dogs. The puppy, which Vaughan named Maximus Achilles, had one very distinguishable quality because he was actually missing half of his left ear.

“Maximus’s mother had a C-section to deliver her puppies,” Behnke explained. “During this surgery, the top of Maximus’s ear got cut off.”

Vaughan’s and her three daughters naturally doted on Maximus. One of her daughters, Jaidynn Johnson, who was only around three years old when Maximus was lost, even called Maximus her dog.

“In all of the old pictures we have of him, he is with Jaidynn,” Vaughan said with a laugh.

Vaughan explained that Maximus was always a “wanderer” who actually escaped a few times.

“Even animal control of Surgoinsville found him once before for me,” she said.

One winter day, Vaughan’s daughters took Maximus outside to play in the snow, and he ran away again; however, his owner didn’t find him quite so easily this time.

“We looked for him continuously,” Vaughan said. “We went to the place where we found him the first time on South Zion Hill Road. I have to drive that road to come to work, so it was a constant glance every time to see if I ever spotted him.”

After years of looking for him, Vaughan naturally began to give up hope.

“Her whole world was her dogs”

“He just happened to show up at her house one day, and she was out on the back porch,” Gillis said. “We didn’t know who he belonged to or if someone had dropped him off. He was covered in the cockleburs that grow out in fields. My mom just took him in, took him to the groomers and got him cleaned up. She couldn’t stand to think that an animal was outside and not getting fed.”

“She loved them,” Gillis said. “At that time, my dad was living, and Buddy really became daddy’s dog. He (Buddy) wanted all of the attention because there were two male dogs living in the house. When my dad passed away, it’s like Buddy became mom’s dog then. He was really attached to both of my parents.”

Gillis explained that her mother cared for her dogs as if they were her children, even going as far as to call them her ‘kids.’ She fed them high-quality dog food, regularly took them to the vet and kept them well groomed.

“Her whole world was these two dogs,” Gillis said.

Unfortunately, Gillis’s mother’s health began to decline, and she had to be moved to a nursing home.

Buddy and Toby arrived at the Hawkins Co. Humane Society on Dec. 27, and were taken into Vaughan’s home just over a week later.

“I am so thankful and thrilled that the original owner has come forward and is taking them,” Gillis said.

When Buddy and Toby first came to the Humane Society, Behnke expected to have a hard time finding homes for them. She posted their photos online in hopes of finding the perfect owner for the pair. However, Behnke explained that many people don’t want to adopt two dogs at once.

“We knew that they were a bonded pair, and, since they’re both about 16, we wanted them to stay together,” she said. “Everybody wanted either one or the other—a lot of people don’t want to take bonded dogs.”

On Sunday, however, Behnke received an exciting message from Vaughan.

“My daughter actually was the one who drew the dogs to my attention,” Vaughan said. “I had seen the post online, but I had just scrolled past it. I didn’t really put two and two together. The next day, my daughter sends me a picture of the post and asks, ‘what ear was it on Maximus that was cut?’ I told her that it was his left ear. I saw the picture and thought ‘this is him!’”

Vaughan immediately contacted the Humane Society to explain the situation.

“When she sent me the message, I asked, ‘are you serious?’” Behnke said. “I just started crying.”

When Vaughan found out that the two dogs were bonded, she offered to give them both a home.

“When I saw him for the first time, I automatically thought, ‘this is Max,’” Vaughan said. “There’s no doubt.”

As for Gillis, she was just as surprised as Behnke to find out that Maximus’s original owner had been found.

“When I heard that the original owner had come forward, I asked the staff at the Humane Society how in the world she knew that Buddy was her dog,” Gillis explained. “It was the ear! I He was very distinctive, and I had never seen another one like him, either.”

Though both Maximus and Toby have cataracts due to their age and have trouble hearing, they immediately seemed at home around Vaughan and her daughters.

“I never expected him to live to be this old,” Vaughan said. “I’m just so glad to be reunited, and I want to spend the last of his years with him.”