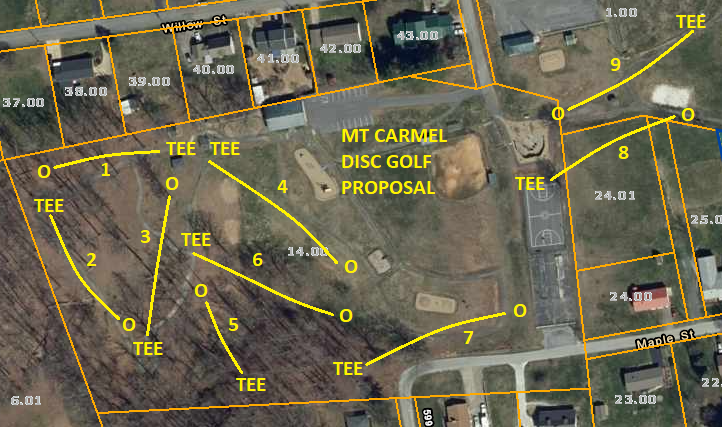 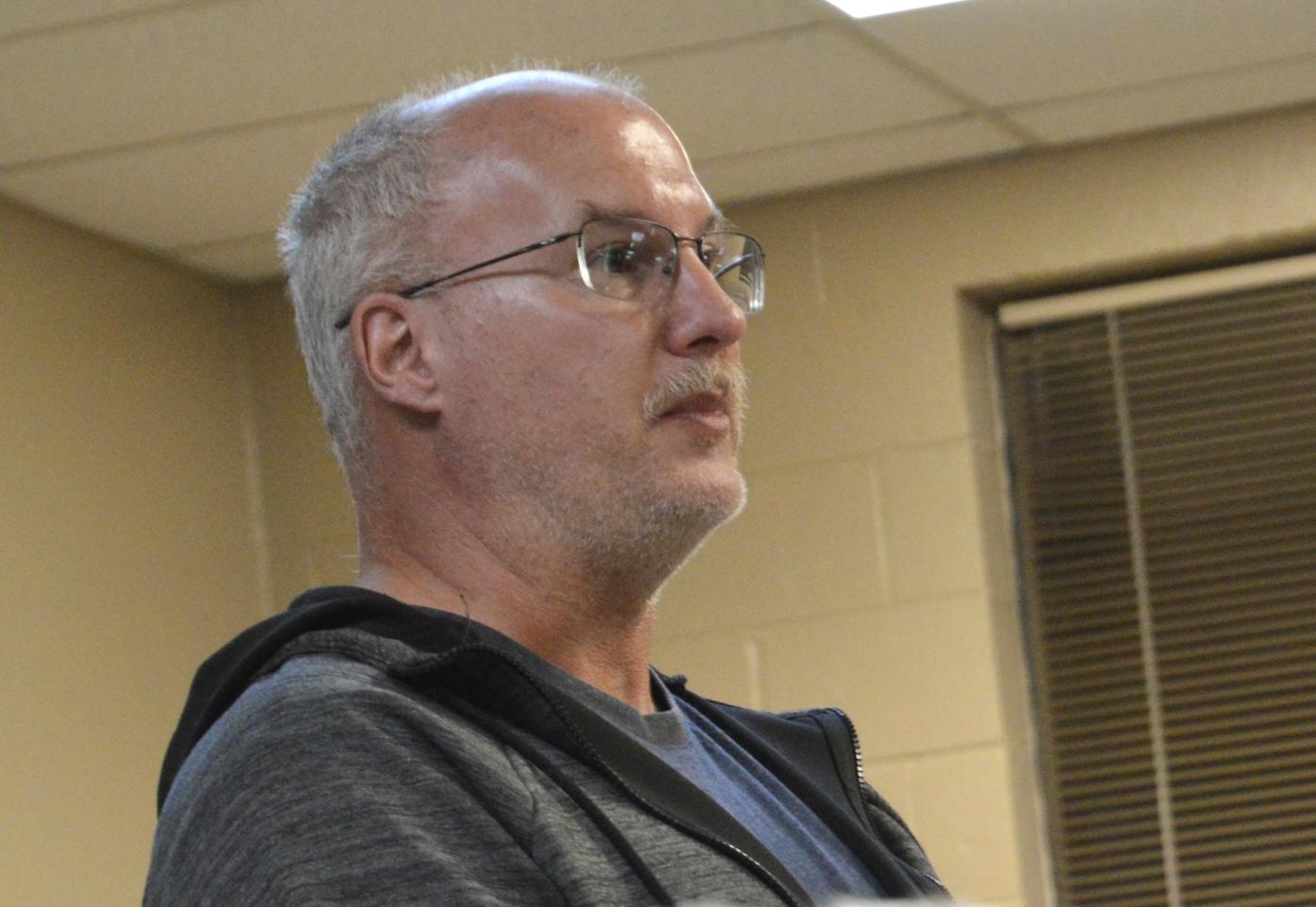 Mount Carmel Parks Committee Chairman Gary Traylor told the BMA that, if the weather allows, the disc golf equipment will be installed once it arrives around the first of December.

Mount Carmel Parks Committee Chairman Gary Traylor told the BMA that, if the weather allows, the disc golf equipment will be installed once it arrives around the first of December.

Parks and Recreation chairman Gary Traylor told the Board of Mayor and Aldermen at the Nov. 18 meeting that the disc golf equipment has officially been ordered and should be delivered in around two weeks.

Traylor said, if the weather remains clear, he is hopeful that some of the equipment can be installed once it arrives.

The 9-hole course will be installed in the “lower section” of the park. In October, Traylor noted that the committee accepted the design from Premier Design Disc Golf, which serves Northeast Tennessee and Southwest Virginia.

Because the design will use some existing concrete pads as part of the tee off areas, the town will only have to pay to concrete three of the nine holes.

The committee is also planning a grand opening ceremony for spring of 2022.

This course is part of the seven recommendations the committee brought before the BMA in July.

In addition, Traylor recommended the following be accomplished in the 2021-2022 fiscal year: purchase and install one wheelchair capable swing on set near the pavilion; pour an ADA accessible, reclining type swing on set near the pavilion; replace pea gravel and container boxes from each of the playground equipment areas; repair/replace field lighting on upper ball fields as necessary; purchase and install break-away goals on basketball courts.

City Manager Mike Housewright told the board that the town had received a check for around $152,511 from the Endopharmaceutical opioid lawsuit settlement the day of the meeting.

City Attorney John Pevy noted that there are numerous opioid lawsuits taking place at the same time as the one Mount Carmel was involved in.

He further noted that there are no restrictions on how the town can use the money.

Alderman John Gibson suggested that the board consider purchasing a new command vehicle for the fire department as well as donating a portion of the money to Judge Todd Ross’s Recovery Court.

“That (helping those with drug addictions) was the intended goal of that money,” Gibson said. “The command vehicle is something that could affect anybody in town. It even responds to medical calls and can be there faster. It gives us more tools to reduce the wait time, with the updated jaws of life that don’t require a compressor and can use a 20 volt battery. In those situations, seconds are really important.”

He suggested placing a discussion of how to spend the settlement check on the agenda for the next board workshop.

In other news, the BMA will soon hear a recommendation from Fire Chief Jason Byington on a potential switch to LED lighting at the municipal fire hall.

Byington noted that he has already contacted representatives from AEP about possibly conducting an LED light study at the station, but the cost information was not yet available at the Nov. 18 meeting. He noted that this information will be available by the Dec.16 meeting for the board to vote on.

Additionally, Santa will travel around the town atop a fire truck in the 2021 Annual Santa Run. This event will begin around 8:00 a.m. on Dec. 18. The truck will start on Main Street and make its way to Carters Valley Road. Residents can follow the Mount Carmel Fire Department’s Facebook page for regular updates that day on where the truck is headed.

The Mount Carmel City Park is set to receive several upgrades that will be implemented this year.