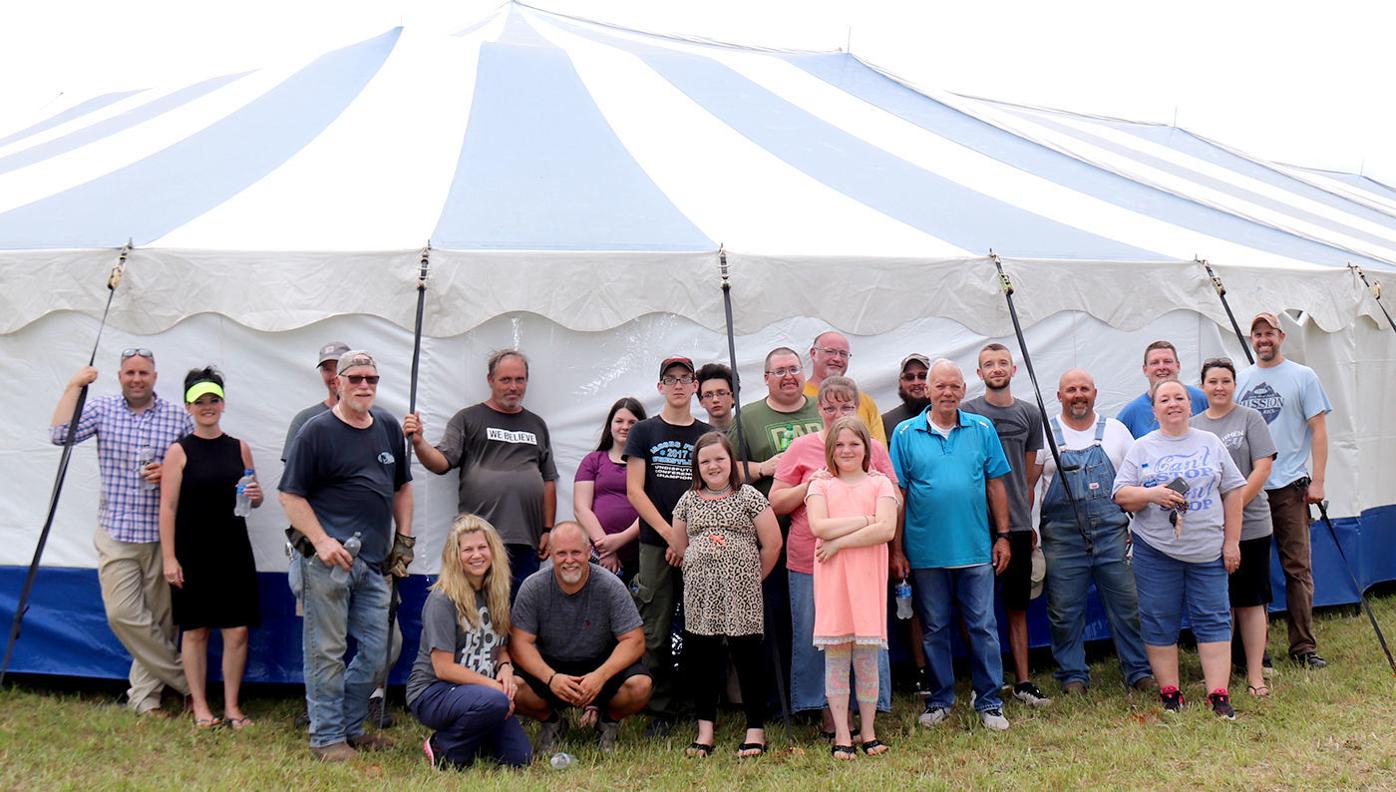 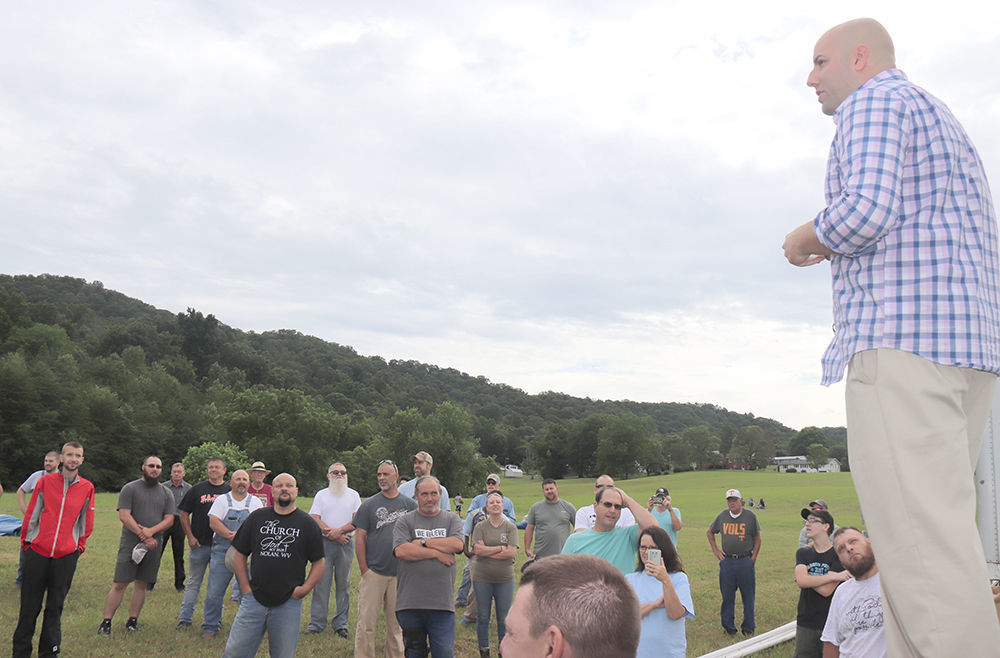 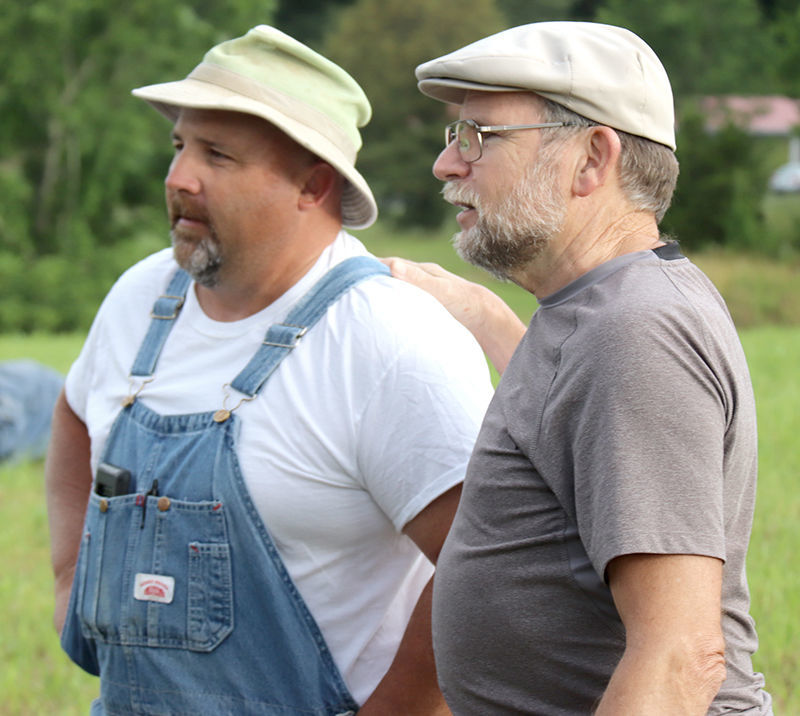 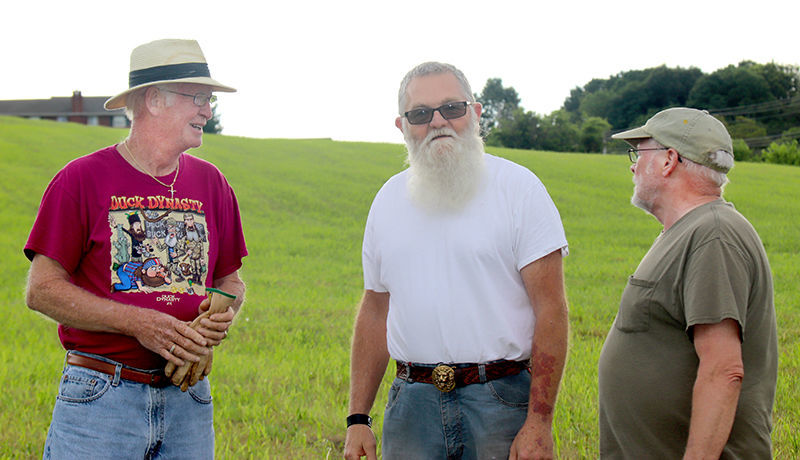 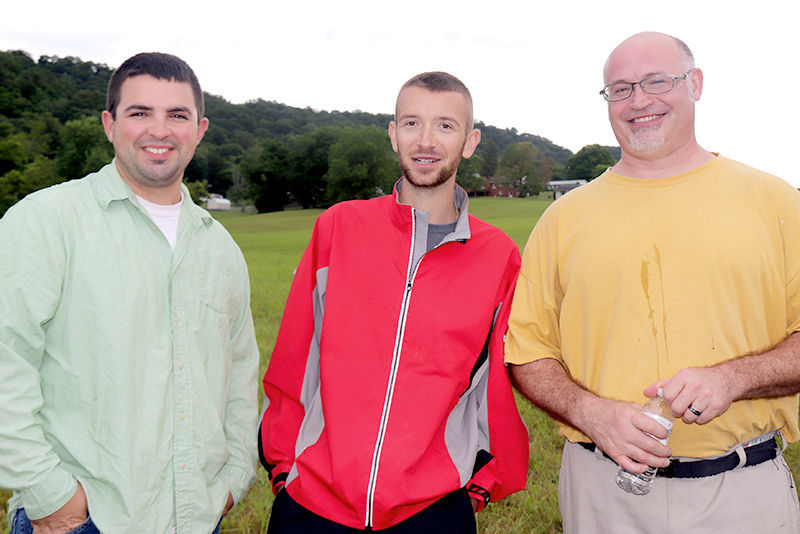 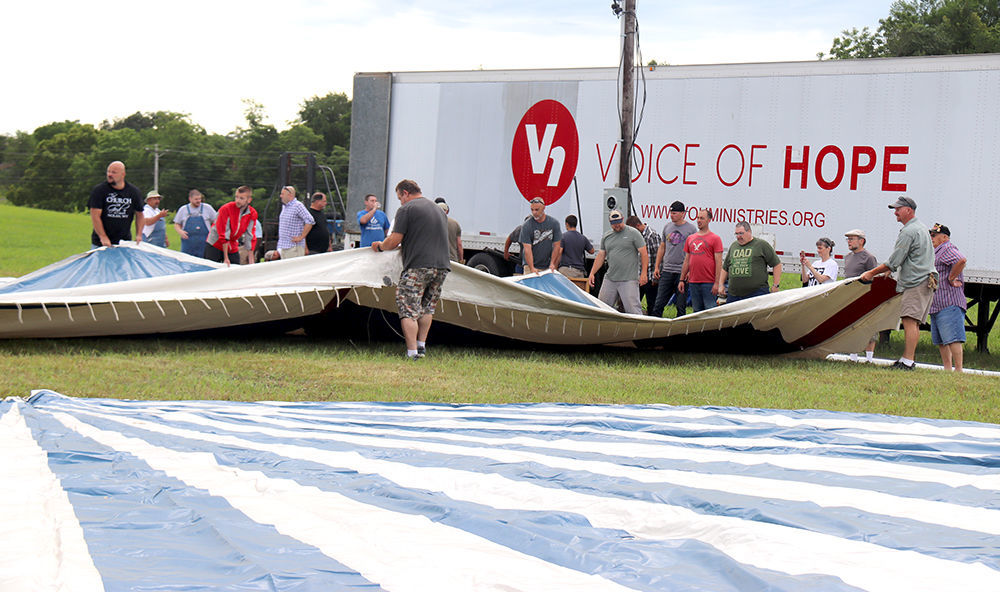 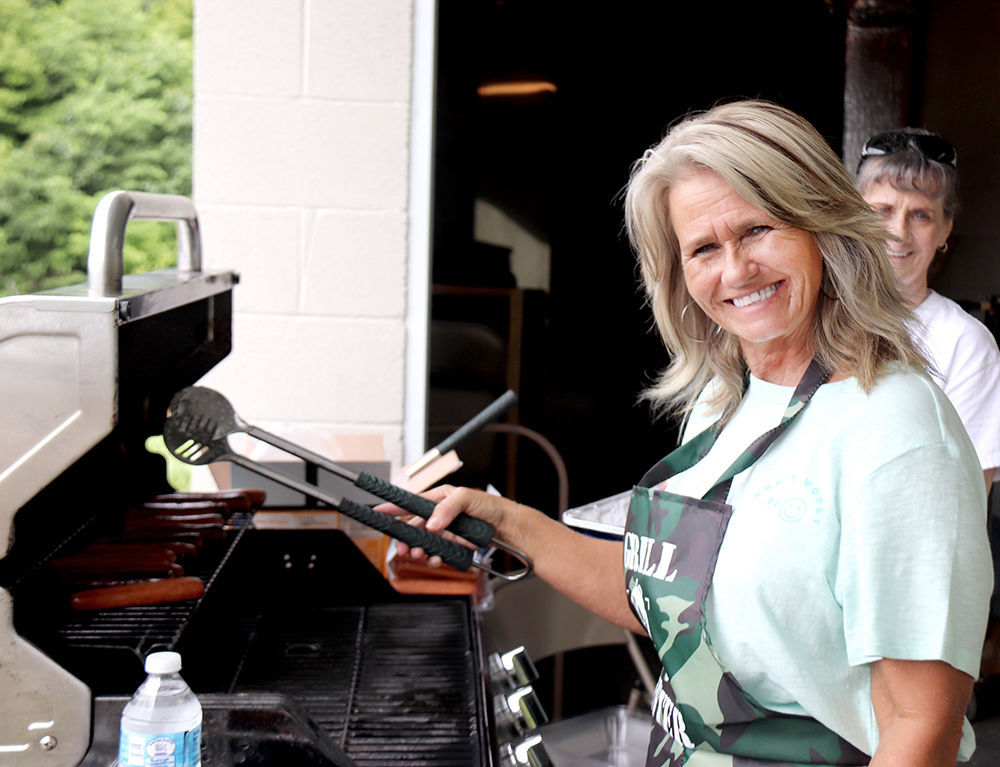 ROGERSVILLE — Last Saturday, the tent was erected for what will be billed as the East Tennessee Awakening.

According to Evangelist D.R. Harrison, he believes this revival, which begins nightly July 8th at 7:30 p.m., Monday-Friday, will see greater results than the 30-week long Greeneville Awakening last year which saw 1,000 people come to Christ.

Following the Will Graham Crusade in Johnson City and the C.T. Townsend Bristol Revival in Bristol last April and May, Greystone Baptist Church in Greeneville planned a one-week revival with evangelist Harrison who touted himself as being a “drunk preacher’s kid” until just a little over four years ago when he came to Christ.

The revival became so explosive the church couldn’t hold nightly crowds and someone gave Harrison a 1,500 seat tent and another attending family permitted the use of their farm located on Quaker Knob Road. Within a week they had donations of chairs, sound systems and everything needed to open the tent revival.

From such a small beginning, the story of the revival was picked up by national media outlets like CBN news and Charisma Magazine while actual services began to be broadcast on PBN international radio broadcasting into 37 foreign nations. The revival which supporters said saw many miracles in addition to the salvations closed in mid November due to falling temperatures.

Harrison’s Voice of Hope Ministries felt during cold winter months, they would hold Friday night Awakening Rallies in churches across east Tennessee, testing the waters for a tent revival when weather warmed up.

Faith Assembly Church and Rogersville’s United Methodist invited Harrison to do an Awakening Rally in Rogersville just a few weeks apart in February and March with more than 100 people coming to Christ. Harrison said he knew then that people in Rogersville had prayed for years for revival and the revival tent would go up sometime in 2019.

Harrison’s dad, David Harrison, a pastor for the last 47 years has become his field director, working with Rogersville pastors to set the stage for the revival to begin less than a month away.

Harrison voiced his thanks to Henard’s Chapel for the use of their property on 7740 Hwy 11W, about three miles west of Rogersville, and to pastors Billy Ray Courtney and Fred Dimond who have helped with details to get the tent up and then planning towards the revival start.

Courtney said, “our prayer is that this will exceed anything we planned for and only God will get glory from the results.”