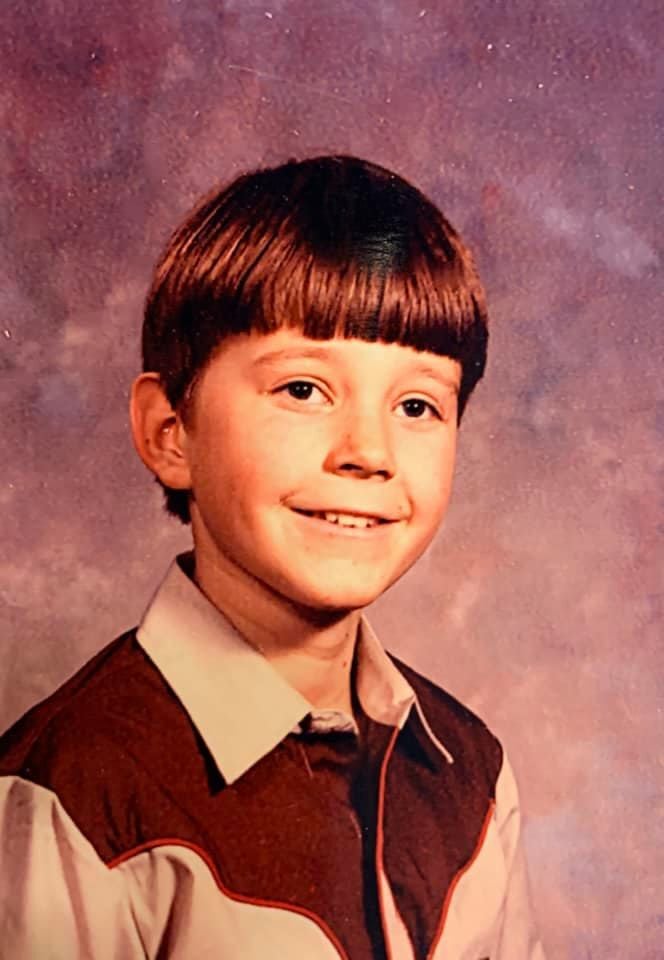 This is the photo of Shannon Brown as a kindergartener that his long lost aunt posted on the Rogersville Review’s Facebook page alongside Shannon’s mother’s obituary. She also asked for the community’s help in locating Shannon. It was through this post that Shannon met his father and extended family.

A current photo of Shannon Brown 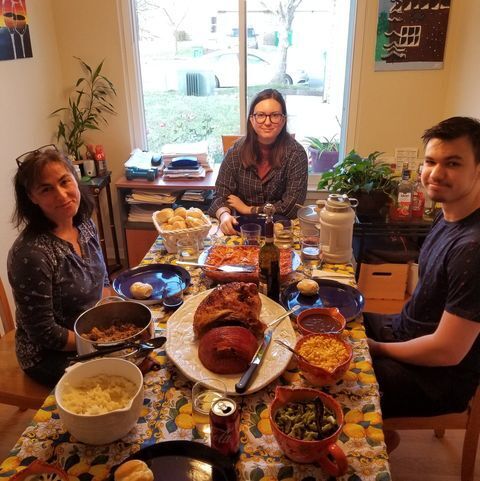 This is the photo of Shannon Brown as a kindergartener that his long lost aunt posted on the Rogersville Review’s Facebook page alongside Shannon’s mother’s obituary. She also asked for the community’s help in locating Shannon. It was through this post that Shannon met his father and extended family.

A current photo of Shannon Brown

This is Part One of a multi-part feature story

Shannon Brown left his childhood home in the mountains of East Tennessee when he was adopted by a Maryland couple at the age of 13.

He returned only twice in 34 years—a 1992 trip to visit his biological mother and a 2014 trip to Hancock County to show his new wife the farm on which he spent seven formative years as a foster son.

Aside from that trip, Brown’s life was in Maryland. He worked for the U.S. Department of Defense and retired from the U.S. Navy. He was also raising his son Jeremy and daughter Jessica alongside his wife, Margherita.

There were many things he didn’t know about his biological family, having spent only the first three years of his life in his single mother’s custody.

However, when a Hawkins County woman published a post on the Rogersville Review’s Facebook page, Brown would be introduced to family members he never knew he had.

Just around three weeks ago, Brown was at his Maryland home when he received a call from what Brown called “heir attorneys” to give him the sad news that his biological mother, Sheila Eidson-Taylor, had passed away on February 9, 2020.

“It was kind-of shocking,” Brown told the Review of the phone call. “I hadn’t had contact with her in many years because I was adopted.”

Eidson-Taylor had passed away in February, but Brown didn’t find out until late December of 2020.

“The people who called me to tell me that she had died were ‘heir attorneys,” Brown told the Review. “Basically, some attorneys had hired this company to find any relatives of my mom’s. She had a little bit of money set aside, and, instead of it going to the state, they were looking for relatives. It was so weird that they called me on a Friday, nine or ten months later after she has died.”

Once he got the call, Brown’s daughter Jessica began searching online to see if she could find Eidson-Taylor’s obituary.

“[Jessica] said she only did a couple of Google searches before she found it,” Brown told the Review.

On February 20, just a few weeks after Sheila’s passing, a Hawkins County woman by the name of Carol Martin Satterfield took to the ‘Community post’ section of the Review’s Facebook page to post a photo of Shannon as a kindergartner and ask for the community’s help in locating him.

“We are looking for my brother Eddie Martin’s son born about 1973 in Rogersville,” read Satterfield’s post. “His mother was Sheila Sharon Eidson and the boy’s name was Shannon L. Eidson. We think she used Eidson for him [as a last name] but we’re not sure…My brother has searched for him previously with no luck. But Eddie has cancer now and would like to find his son.”

“I had been told my whole life that he was dead, so that was a little weird to see—to say the least,” Brown told the Review. “I am 47 years old, so, to just find out one day, ‘Hey! You do have a dad, and he’s still alive…I decided then to send a message to her [Satterfield] and said, ‘Hey, this who I am. It says that you’ve been looking for me. If you want to talk to me, I am an open book.’”

Brown received the call about his mother’s passing at around 4 p.m. and, just hours later, had found the Facebook post.

Brown told the Review that he was also taken aback at the amount of community interaction with the post. As of Jan. 11, the post, which can still be seen on the Review’s Facebook page, had 43 comments and 58 shares.

“When it was posted on there and people were looking for me, I remember reading ‘I hope you guys find him” and comments like that,” Brown said. “That was the craziest six hours of my life. I saw different people asking, ‘did you know him?’ Another comment said, ‘well, I used to babysit for this person—maybe she’ll know. I was just hearing all these different stories.”

“I saw a comment saying, ‘I was Sheila’s nurse for the last 15 years of her life, and she used to talk about her son all the time,” Brown said. “That Friday, between 11 p.m. at night until 3 a.m., I found all these people and sent them messages. I sent [the nurse] a message saying, ‘I am that son of Sheila’s. I know she cared more about me than life itself…”

Brown has since exchanged phone numbers with his mother’s former nurse and the two have talked extensively.

On Saturday morning, I got a call through Facebook Messenger. It was my aunt [Satterfield], saying “Hey! My brother is your dad, and he’s been looking for you for many, many years.”

Brown learned that his father had previously battled colon cancer.

“He was getting treatments and was doing okay,” Brown said. “Then COVID came around, and they didn’t think he was going to make it. [Satterfield] said it was some sort of Christmas miracle.”

Through Satterfield, Brown was able to get in contact with Eddie Martin of Maryville, Tenn.—the man who Brown had thought for years was dead.

The search for Shannon Brown

Brown explained that he had once called his biological mother and asked about his father.

“She said, ‘he was killed in a bar fight, and he was a real loser,’” Brown said. “Fast forward to now. I had thought my whole life he was dead, and then she re-confirmed it when I was about 21. I had never even seen a picture of my dad until after finding my mom’s obituary and the Facebook post. That really opened up everything for me to find my dad’s side of the family.”

Once Brown spoke with his father, he learned that Martin had also been looking for his son for many years.

“He had been looking for me for years, but he didn’t know my last name,” Brown said. “My record was sealed when I was adopted at 13. They kind-of make it hard to track people down for a reason when you’re adopted.”

“They were never married—it was just a kind-of dating thing that they had,” Brown told the Review. “It’s just weird to find out things about your real dad when you thought he was dead, but he seems like a pretty good person. The whole thing is just pretty surreal.”

Brown also learned that he has a half-sister, Kelley Fuller, who currently lives in Florida. Once he was put in contact with Fuller, Brown explained that the two quickly realized that they “had a lot in common.”

“We just simply can’t stop talking,” he said. “She is amazing, and we’re just loving each other and talking.”

“I’ve been talking to my dad and my half-sister every few days, just trying to catch up,” he said.

Brown found out that his biological father had “done a lot of partying” through the years and was working as a bar-tender/bouncer in the ‘70s when he met Eidson-Taylor.

Later, Martin started his own body shop and owned several car dealerships through the years.

“He did pretty good for himself in life,” Brown told the Review. “I told him I’d done pretty good too.”

He told Martin of his children’s successes as well. 24-year-old Jessica Brown now works for the State Department in Washington, D.C. and 22-year-old Jeremy Brown recently graduated from the University of Maryland with a degree in engineering.

He found out that his father had had a child (Kelly Fuller) by another woman in around 1968. He then got married in around 1973.

“He (Martin) told me he was a real jerk that was just working at bars, sleeping around and drinking,” Brown told the Review. “He told me, ‘I’m 73 now, I’m not really proud of that stuff, I got my life right and I haven’t drank in the last 30 years.’”

He added, “I don’t really know much about my family, and I don’t even have much to tell you about my dad yet—I am getting to know him on the phone and I’m talking to him once a week.”

This story will be continued in the Review’s Jan. 15 Weekend edition