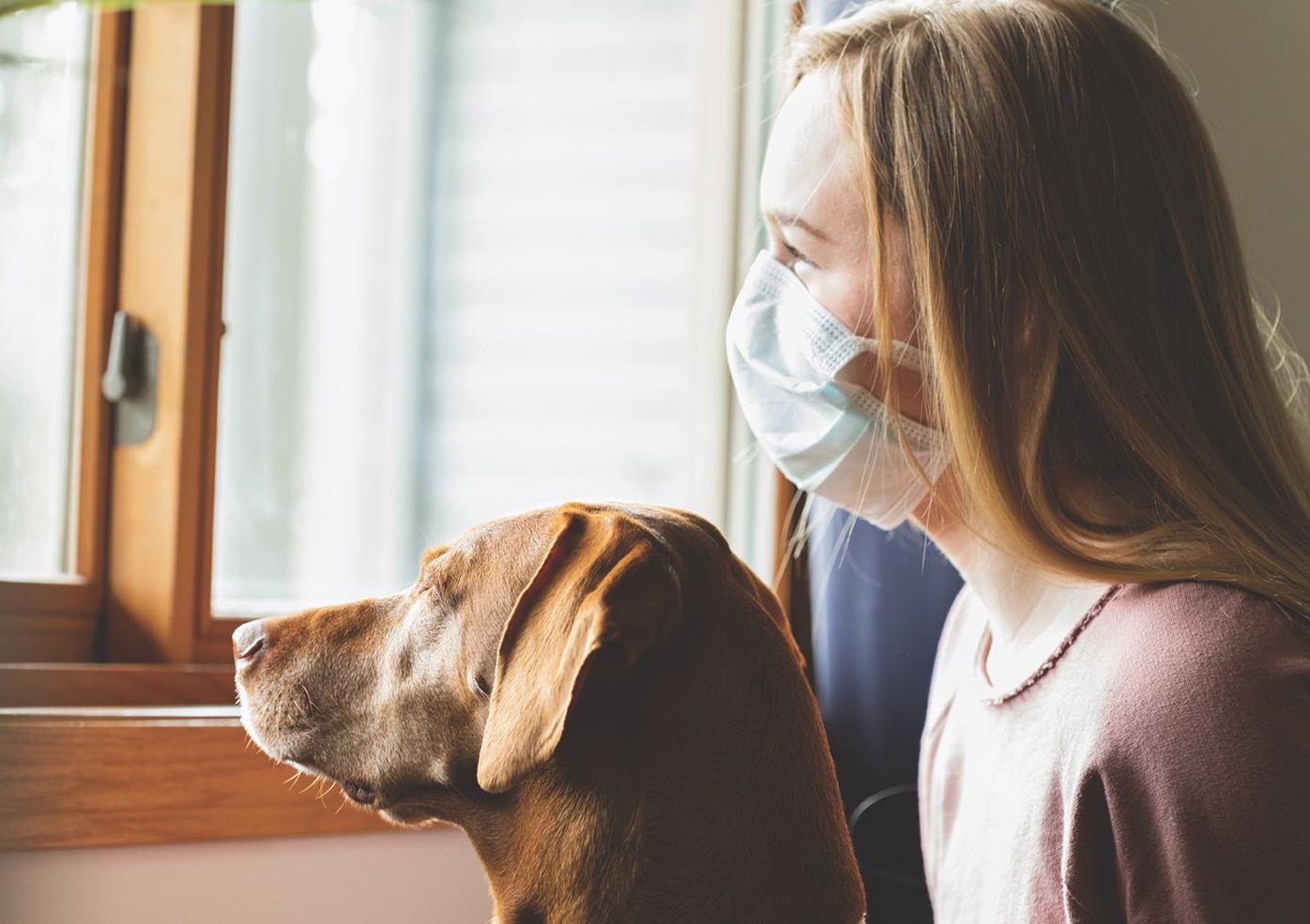 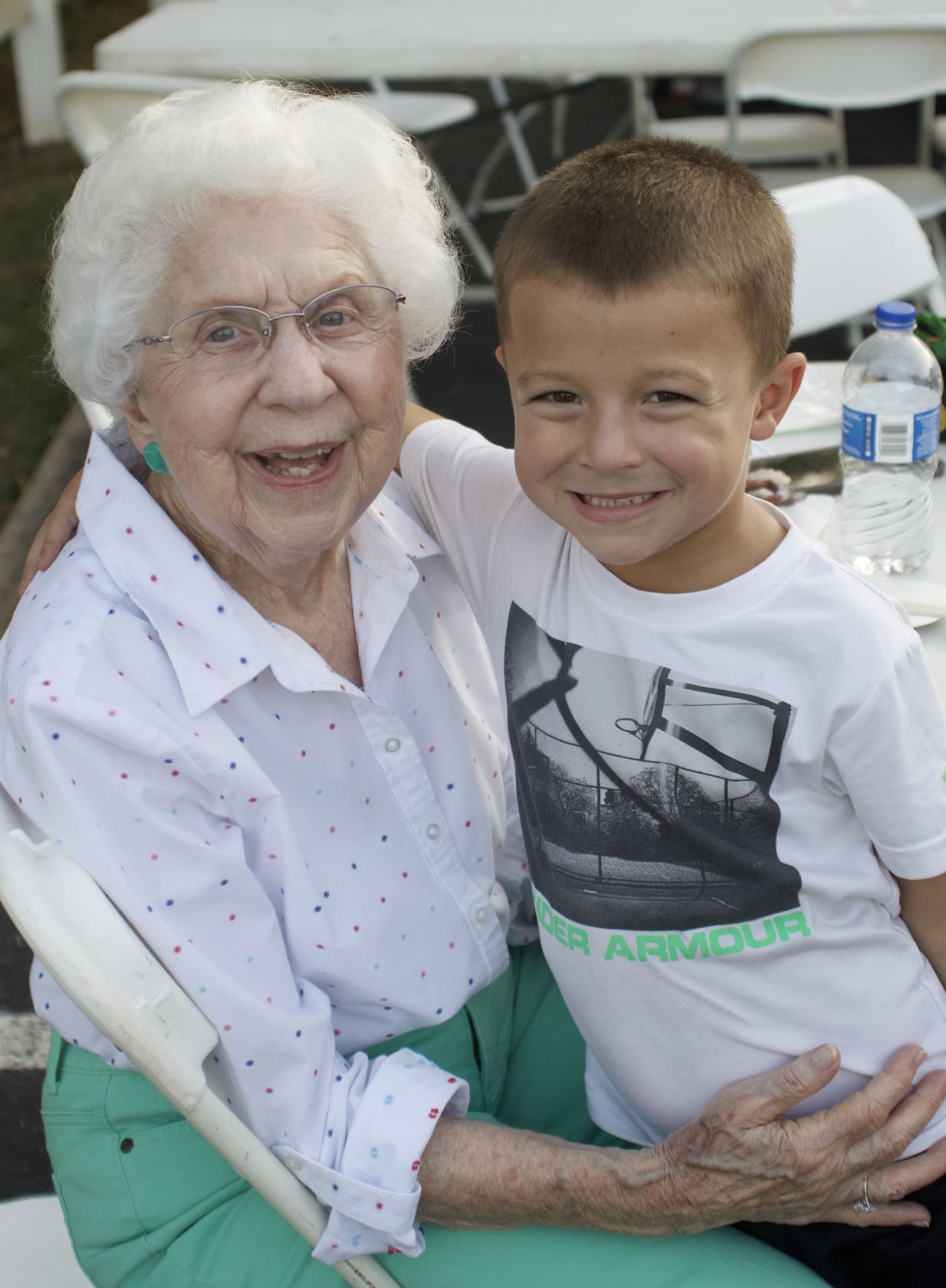 A resident of Morristown’s Regency Retirement Village enjoyed time with her grandson when the Village hosted a “bluegrass and barbecue” event last year. Unfortunately, COVID-19 has made life more difficult for residents of assisted living facilities, who are unable to visit family as often.

A resident of Morristown’s Regency Retirement Village enjoyed time with her grandson when the Village hosted a “bluegrass and barbecue” event last year. Unfortunately, COVID-19 has made life more difficult for residents of assisted living facilities, who are unable to visit family as often.

As the nation continues the fight against COVID-19, many people are feeling the effects of the global pandemic whether or not they have contracted the virus.

In fact, Cicely Alvis, who is a Division Director at Frontier Health’s Turning Point in Johnson City told the Review that the nation is seeing mental health, substance abuse, domestic violence and child abuse issues on a level similar to that seen after a large-scale natural disaster.

“There is a variety of things going on that are overwhelming for people,” Alvis said.

In regard to substance use and misuse, Frontier Health has seen an increasing number of people who are relapsing on drugs and alcohol as well as people using drugs that are resulting in non-fatal overdoses.”

As a whole, Frontier Health facilities have seen an increase in accidental overdoses.

“We’re also seeing an increase in people who are attempting suicide as well,” Alvis said. “And, I think that is trending across the country. With COVID-19, it’s interesting because the only thing to really compare to the mental health, substance abuse, domestic violence and even child abuse issues seen during the pandemic are that of natural disasters.”

She added, “For example, when there is a huge natural disaster, such as a hurricane, you see very similar things happening with people—they are losing things financially, they are losing homes and they are isolated from other people. School being ‘odd’ for right now doesn’t help the situation either. Nor does people being unable to work as they usually do.”

“Locally, in our area, there has been an increased in domestic violence-related homicides, and domestic violence as a whole is going up as well,” she said. “Child abuse is the same way. EVERYTHING starts to go up in these situations because its harder for victims to have a way to reach out for help if they are isolated at home with their abuser.”

For example, when an abused child attends school, he or she is seen more often, and physical signs of abuse are harder to hide. In domestic abuse situations, the victim may typically have times during the day when their abuser has left for work and is away. However, the abuser may now work only from home, due to COVID-19.

“There is less opportunity to leave or seek help, unless an incident occurs at the house and the police come,” she said.

“It came in waves”

Alvis told the Review that the number of patients seeking Frontier Health’s services has “come in waves.”

“At first, when people were really worried about being out and about and we had less information, people really were staying at home,” she said. “We saw a lull in people coming in for services, but that has changed. Now, we are busy in our walk-in center at Turning Point, our units are busy for crisis stabilization and detoxification. Now we’re starting to see more and more referrals for people who want to come in for residential treatment services.”

“We’re also seeing people who have relapsed after LONG periods of sobriety—years of sobriety,” she said. “We’ve also seen more people seeking services who are new and haven’t been in detox or alcohol/drug residential treatment before.”

“It’s really about outreach in the community”

Alvis explained that, in the spring and early summer, healthcare providers throughout Frontier Health really began reevaluating the way they provide care when they began noticing these disturbing trends.

“It’s really about how you’re doing outreach in the community,” she said.

As Frontier Health noticed upward local trends in domestic violence, they were faced with a whole new dilemma of sheltering victims in a non-communal living facility, to prevent the spread of COVID-19.

“What we found when we got calls to our domestic violence hotline was that people were scared to come into a communal living environment,” she said.

In fact, Frontier Health’s local domestic violence hotline received calls from 12 different households just between March 15 of this year until May 15 who were seeking help but were afraid to come to the communal living facility.

“This will allow them to receive all the same services like they are in a shelter but be in their own, independent living facility,” she said.

She also specified that, though many of these facilities are located in Johnson City, these same services are available to Hawkins County residents as well.

“Young people seemed to be the hardest hit”

Though COVID-19 has likely affected everyone’s mental health in some fashion, there seems to be less attention focused on the mental health of young adults—those who often considered most likely to be able to ‘beat’ COVID-19.

Alvis referenced a September article from NPR on this topic, which claimed that “teen and youth anxiety and depression are getting worse since COVID lockdowns began in March, early studies suggest, and many experts say they fear a corresponding increase in youth suicide.”

In fact, the Center for Disease Control and Prevention (CDC) surveyed Americans on their mental health at the end of June and found that “symptoms of anxiety and depression were up sharply across the board between March and June, compared with the same time the previous year. And young people seemed to be the hardest-hit of any group,” as the article reports.

Around 11 percent of all those surveyed said they had “seriously considered” suicide in the past 30 days. For respondents between the ages of 18 and 24, however, this number was one in four—more than twice as high.

“Teenagers are in a developmental space where it is critically important that they have regular contact with their peers and are able to develop close and ongoing relationships with adults outside the home, such as their teachers, their coaches, their advisers,” says Lisa Damour, an adolescent psychologist who is a columnist and host of the podcast Ask Lisa: The Psychology of Parenting within the NPR article. “And I worry very much about what it means for that to be disrupted by the pandemic.”

This comes in a time when youth suicide was already at a “record high,” even before the pandemic. It has increased every year since 2007 and is currently the second leading cause of death among people ages 10 to 24.

Alvis also noted that, in Frontier Health’s Crisis Services, the number of referrals to the Department of Children’s Services (DCS) has increased locally.

“Teachers, especially if class is held virtually, are seeing the insides of kids’ homes right now,” Alvis said. “I think it has been really eye-opening for teachers.”

It’s hard on everybody

Alvis explained that the effects of COVID-19 on the elderly have also been particularly detrimental.

“Isolation within a nursing home, and, especially, not being able to see family like normal is very overwhelming—not just for the person living in the nursing home, but for the family as well,” she said. “Sitting down and having a meal once or twice a week with your kid, if you’re living in a nursing home, is a pretty big deal. To have that taken away and only being able to see someone by Facetime, that’s not ideal. Especially if you don’t utilize that technology much—it can be challenging.”

She added, “It gets really restrictive on what all you can do when you’re in a nursing home, anyway. Taking away ANY sort of recreational activity, I can’t imagine what that would do to someone’s mental health.”

Mental health in the incarcerated population

Frontier Health also offers community justice programs in local courts and jails, and Alvis noted that it has been “really challenging” to find a way to provide these services while following COVID-19 social distancing protocols—especially because many justice centers have released some inmates to reduce facility overcrowding.

“With release planning going on in jails, it’s hard to get people together to do the group therapy or the group intervention services we normally do in the jails,” Alvis said. “In many of the jails, inmates aren’t even getting the visitations that they once got. I would imagine it’s scary for people who are incarcerated during a pandemic.”

This goes for those working with inmates as well.

“For people working with the public in any way, it has been very hard,” she said. “Any ‘essential worker,’ it’s been hard on them, and it’s very stressful—making sure that staff are safe, clients are safe. You want to make sure you’re doing the right thing every day, and it’s new territory for everyone. There’s a lot of essential workers out there that you might not think about.”

“I think COVID-19 is going to have an impact that will last a lot longer than [people first thought],” Alvis said. “I think, even several years out, it will be hard for people to feel comfortable being normal again. What does ‘normal’ look like? From a clinical perspective, I think, sometimes, if we kind-of expect things and manage our expectations, we will be able to develop more resiliency. This is about resiliency building right now.”

She added, “We had to grieve the loss of our normal lives early on, so, eventually with grief, you have to come to the point where you say ‘I am accepting this. This is what happened, and I’ve got to accept this new normal so that I can stay mentally okay.’”

Accepting this ‘new normal’ doesn’t mean expecting life to be this way FOREVER.

“Accepting that there are certain things I won’t be able to do for a while, and I will have to alter the way I do the things I enjoy,” Alvis said. “Just look forward and do the best you can.”

“People are clearly struggling in a variety of ways,” Alvis said. “This is a great way to help you get connected to some resources—whatever it is that you might need.”

You can also find more information about these services on the “Frontier Health COVID Virtual Crisis Counseling” Facebook page.

Alvis also noted that there are several grants available through the department of mental health and substance abuse services to help people who might not be able to normally afford mental health services.

“There’s so many options where people can receive these services for free—and if not for free, on a sliding scale,” she said.

For example, crisis services through Frontier Health, such as talking to a crisis therapist or a crisis clinician, visiting the walk-in center, going to a detoxification program, or crisis stabilization, are ALWAYS free—whether you have private insurance, no insurance, TennCare or anything else.

She added, “We will FIND a way to help you get the services that you need—even if you are underfunded.”