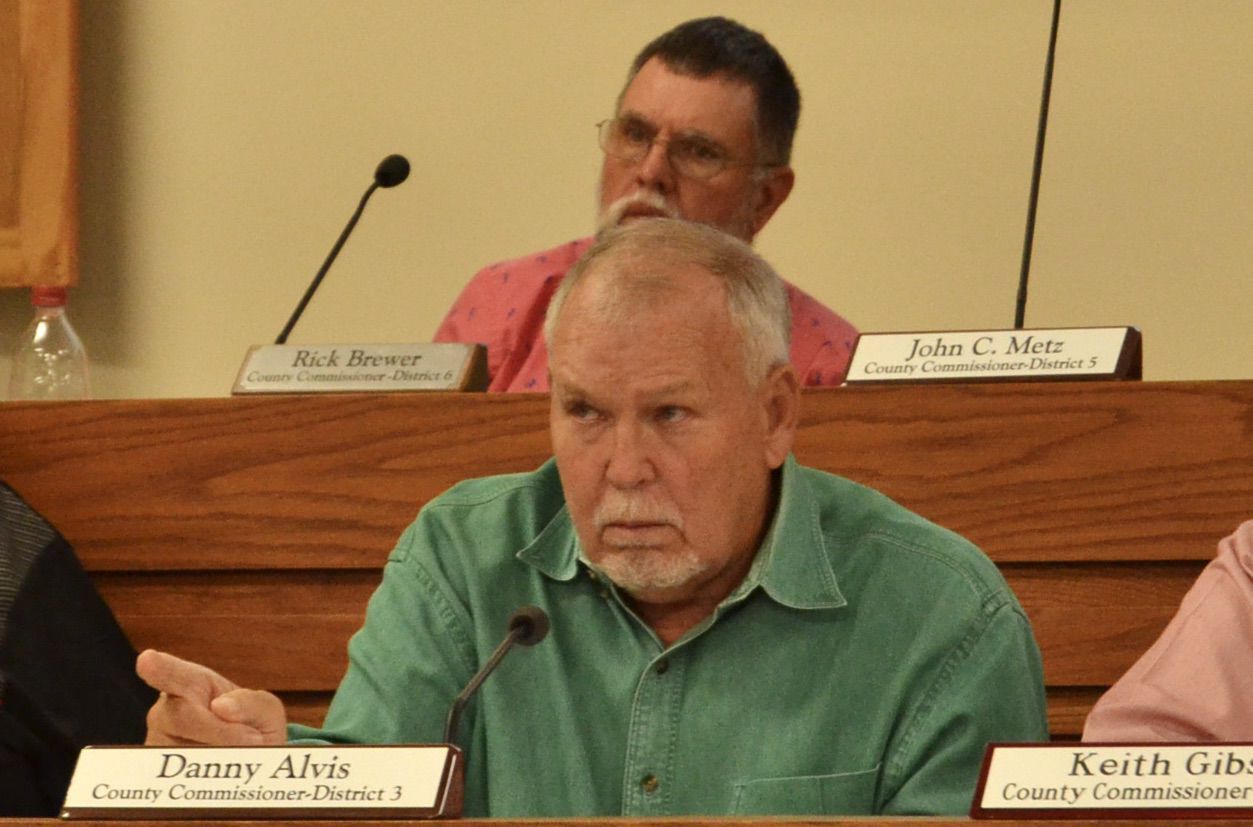 Commissioner Danny Alvis expressed his opposition to the new state certified property tax rate of $2.16 per $100 of assessed value. 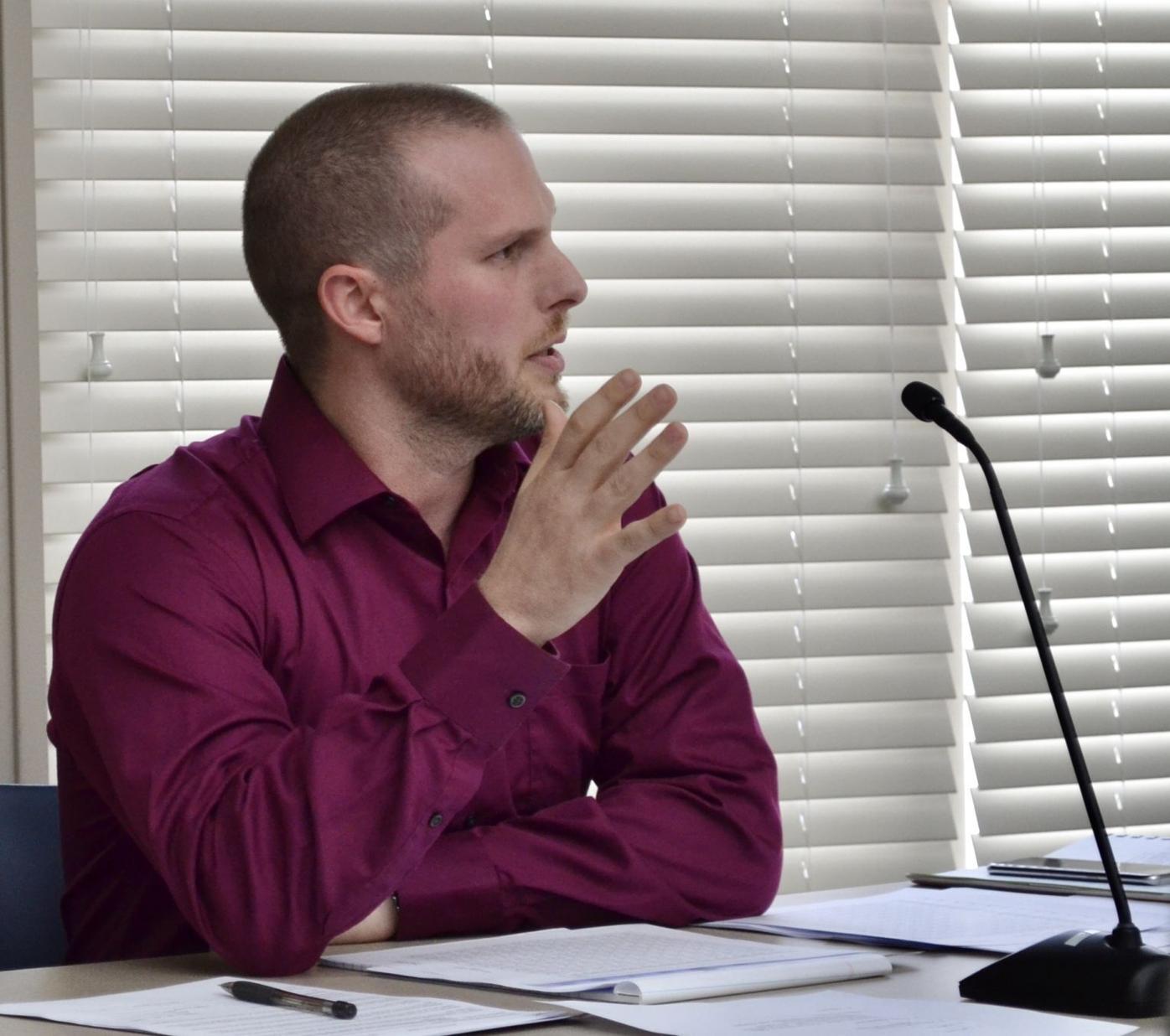 Hawkins County Finance Director Eric Buchanan explained that the 2021-2022 budget currently is set to include a $2 million deficit, but this does not mean that the county is $2 million in debt. 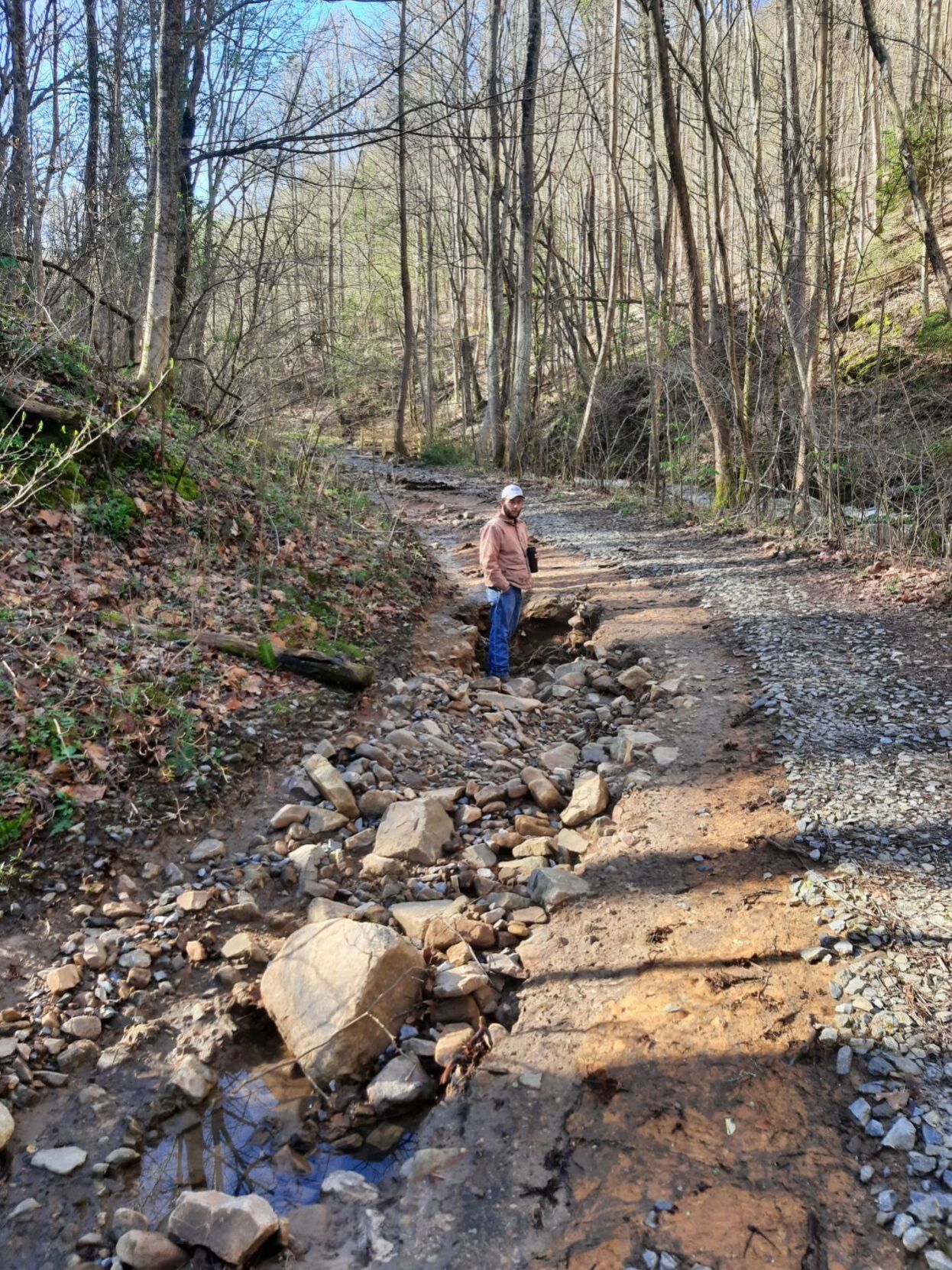 The budget also includes $135,000 to complete the Laurel Run Park shoreline erosion project. This photo shows a trail at Laurel Run Park that eroded after the heavy spring rains.

Commissioner Danny Alvis expressed his opposition to the new state certified property tax rate of $2.16 per $100 of assessed value.

Hawkins County Finance Director Eric Buchanan explained that the 2021-2022 budget currently is set to include a $2 million deficit, but this does not mean that the county is $2 million in debt.

The budget also includes $135,000 to complete the Laurel Run Park shoreline erosion project. This photo shows a trail at Laurel Run Park that eroded after the heavy spring rains.

At their July 26 meeting, the Hawkins County Commission will be tasked with approving the 2021-2022 fiscal year budget, which includes a $2 million deficit.

What is a deficit budget?

The 2021-2022 budget currently is set to include a $2 million deficit, but this does not mean that the county is $2 million in debt.

“You can’t pass a budget that would put [a county] in debt--the state comptroller wouldn’t allow it,” Hawkins Finance Director Eric Buchanan told the Review. “The way we look at every budget is by asking whether your revenues support your expenditures. [Having a deficit budget means that] on paper, they don’t. But, we estimate our revenues low and our expenditures high so that, when the dust settles, we have a positive reaction.”

The budgeted $2 million is the projected deficit if all appropriated county money was spent in its entirety and every revenue came in as low as the budget estimates.

“In reality, often different office holders will turn in some money (at the end of the fiscal year), and a lot of revenues will outperform our projections,” he added.

For example, when the Commission approved the 2020-2021 budget in August of 2021, it included a deficit of $859,567. However, the undesignated fund balance ended up increasing by $1.5 million instead.

If expenditures do end up greater than revenues at the end of a fiscal year, the deficit is closed by moving money from the county’s undesignated fund balance, which is projected to be $9.6 million when the 2020-2021 fiscal year officially ends.

Hawkins County’s property values are reappraised by the state of Tennessee every five years, with 2021 being a reappraisal year. As a result, property values throughout the county increased.

Thus, both the county and all of its municipalities must adjust their tax rate to reflect the new property values. This new rate will net the county the same amount of revenue from property taxes as last year, as the state also has a law that does not allow municipalities to receive a profit just from these reappraisals.

One commissioner opposed to tax rate

Buchanan explained that the state arrives at the certified tax rate by looking at property throughout the entire county. Because this rate reflects an average, some individual residents may pay a bit more in taxes this year, whereas others may pay a bit less.

Commissioner Danny Alvis told the budget committee on July 7 that, for him, this new rate will be a slight tax increase; therefore, he will not support the tax rate.

“I am not a voting member of the committee, but I could not encourage you to do anything to balance out the savings further than we already are,” Buchanan told the committee.

At the end of the July 7 meeting, however, the committee voted 7-0 in favor of sending the second draft of the budget on to the full commission with the $2.16 tax rate included.

The budget committee also increased funding for all eight county volunteer fire departments from $19,110 per department last year to $30,000 this year.

That was in addition to the increase for all four municipal fire departments from $17,150 per department to $20,000.

In May, representatives from many departments came before the budget committee explaining that they were unable to hold many of their regular fundraising events last year, due to the COVID-19 pandemic.

Others, such as the Stanley Valley VFD told the budget committee that much of their turnout gear is outdated.

However, as the Review previously reported, Commissioner Hannah Winegar suggested that the budget committee potentially “revisit” the contributions to the rescue squads after Sheriff Ronnie Lawson presented on July 7 the cost each agency took on from the search for missing child Summer Wells.

The budget also includes $135,000 to complete the Laurel Run Park shoreline erosion project, though the budget committee initially went back and forth on whether or not to appropriate funding for this project.

Over the past two years, a portion of the riverbank was repaired after the Tennessee Valley Authority contributed $50,000 worth of rock. However, this was not enough to complete the project and left roughly 1,176 feet of shoreline actively eroding.

The county’s revenue did take a hit in the amount it will receive this year from housing state inmates.

Though the county does not receive money from housing their own inmates, the state pays the county to house any inmates that would normally be housed in a state correctional facility.

“Normally the reason the county houses them is because state facilities are full,” Buchanan told the Review. “Now--mostly due to COVID-19 and the effect it has had on the judicial system--there is a surplus of beds in state facilities.”

The budget also includes $90,000 to repair the runway apron at the Hawkins County Airport, which is currently deemed out of compliance by inspectors. If the airport continues to be out of compliance, it will no longer be eligible for any future state grants.

The county clerk’s office will also soon hire a Deputy County Clerk, and $40,000 is budgeted for this purpose. Buchanan explained that the exact cost of adding this employee could come in slightly higher or lower depending on the healthcare benefit package that is chosen by the employee.

Additionally, the county’s contribution to the Hawkins Co. Animal Shelter increased from $22,540 last year to $30,000 this year.