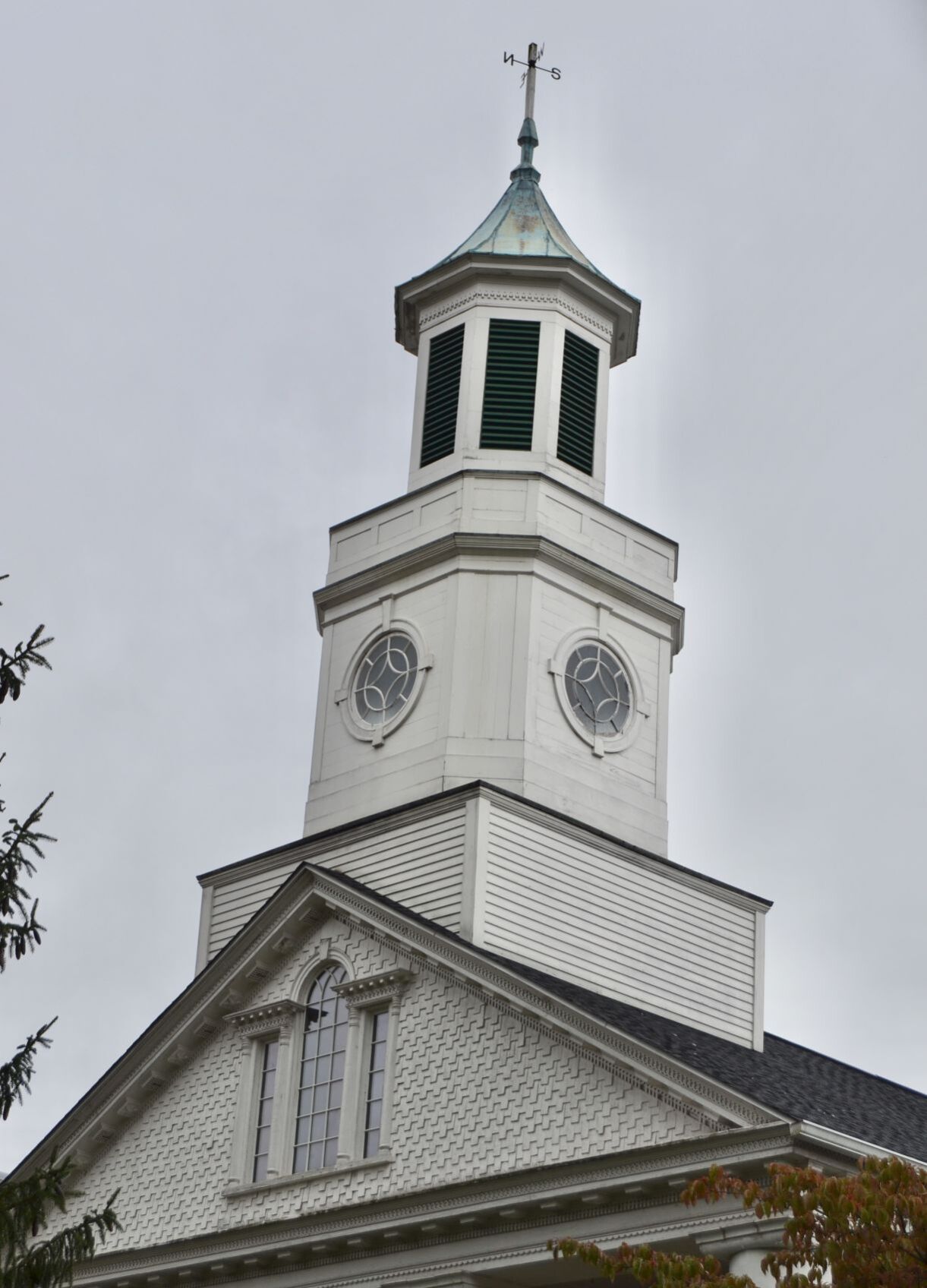 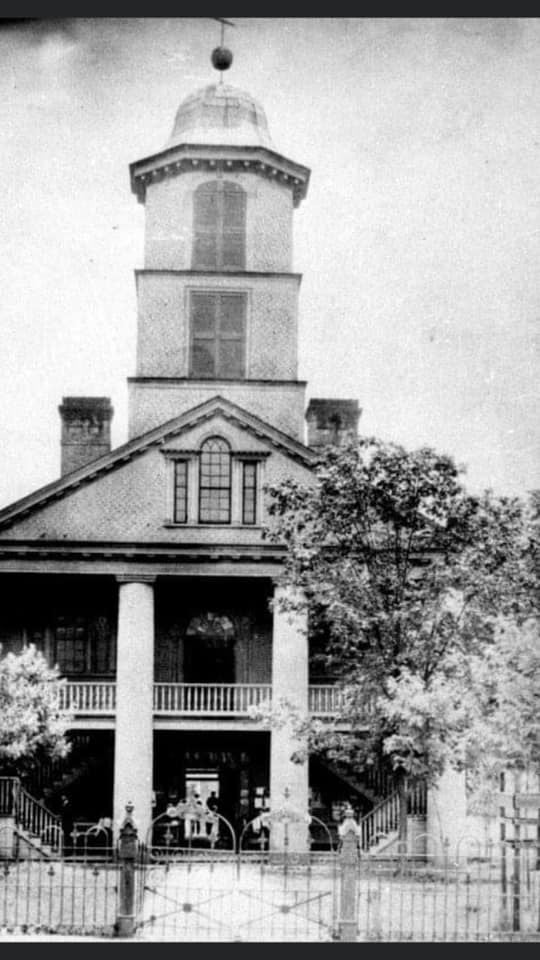 }The original cupola on the courthouse. 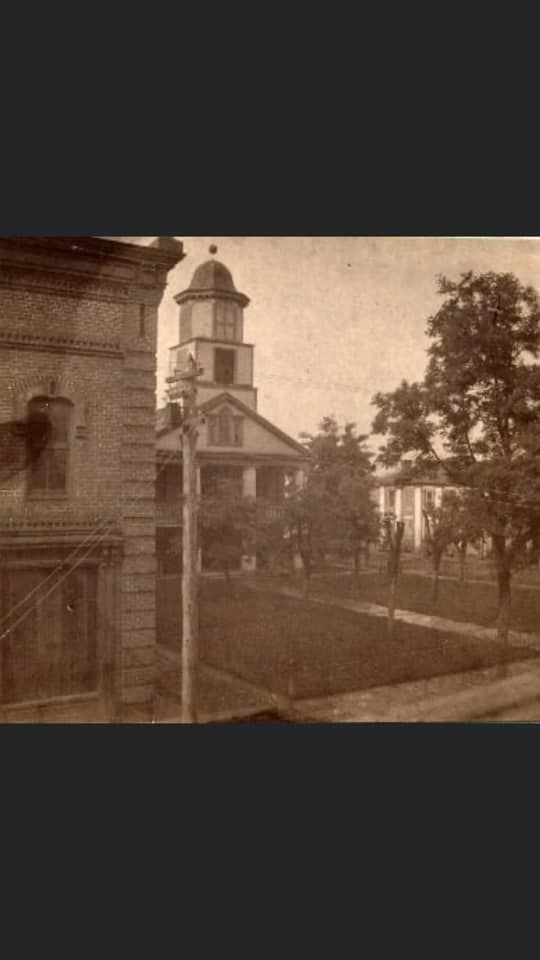 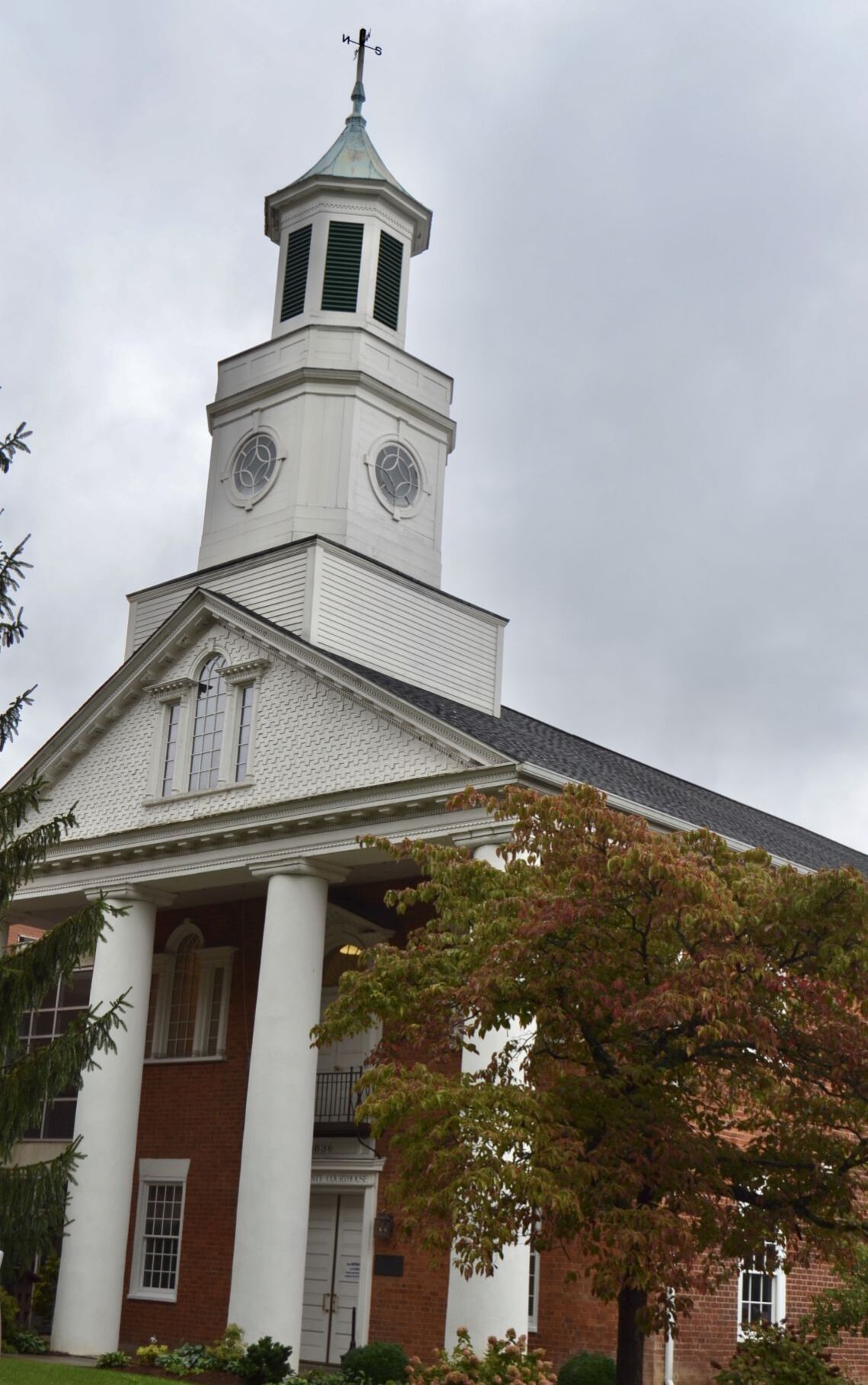 }The original cupola on the courthouse.

The steeple of Hawkins County’s iconic 184-year-old courthouse recently lost one of its glass window panes, as is recently fell the long distance to the ground below.

Amazingly, the glass pane didn’t shatter or strike any passers-by. Rather, it simply stuck into the grass below.

As a result, county officials have decided to replace the rotting window frames and sashes in the historic steeple, which was added around 1929 to replace the original cupola.

Luke Smith from Woodsmith Customs inspected the steeple and brought his findings to the Public Buildings Committee.

Smith noted that it would cost roughly $4,500 per sash on each of the four circle windows on the steeple.

“All of the windows up there are in disrepair,” he said. “The one adjacent to the one that the pane fell out of has boards screwed to it. All of them have pieces that have fallen off. Probably 10 years ago, we could have probably repaired the windows, but not now.”

For all four of these circle windows, the cost will run about $18,000 for them to be completely rebuilt and replicated to the exact look the 91-year old steeple currently has. However, if the window jams are rotted, an additional repair cost would be added.

“Right now, we can’t tell if the jams that the window sashes are in are rotted out,” Smith said. “I’ve been up there twice taking photos, and they look good.”

Smith noted that, currently, only one of the glass panes is cracked out of all four circle windows. However, there is no guarantee that all of them will survive being taken out and put back in once the window frames are rebuilt.

“But, the goal will be to do it as meticulously as possible to save all of the windows,” Smith said. “We’re not going to be able to find that exact glass anymore. We can find something that’s similar.”

Though Smith said he originally planned to use a sky lift to reach the steeple, he now plans to work from the inside of the steeple.

“I think the best route would be to remove the windows from the inside, taking one window out at a time and putting a board in its place with some type of weather-proofing on it while I rebuild that window,” he said. “Then, I’ll come back and install that (new window). The only way to do it would be to bring it down through the scuttle hole next to the courthouse room. It would probably have to be lowered down by a rope, and the best practice would be to take the glass panes out up in the attic and put them in something secure that I can lower down.”

Brewer noted that the town would have to advertise for bids before giving the job to any specific company.

The committee agreed to have Smith draft the bid specs, which Smith said he would do for free if he gets the job. If he does not get the job, Smith will be paid $350 for his time.

“To rebuild the windows, I am proposing that we use a wood called Sapele, which is an African mahogany,” Smith said. “It’s got oils in it that are decay and bug resistant.”

The wood would then be sealed with an epoxy that Smith said has fiberglass cloth woven into it. It would then be primed and painted.

Currently, the windows can be accessed from the inside, but there is no easy way to access them from the outside.

“The reason these windows are in the shape they’re in is because they’re not maintainable,” Smith said. “No one can get up to them to really do anything. Part of this cost is also creating a window that can be removed and maintained over the years. It can be taken out, painted and then put back in from inside the steeple.”

He noted that the repairs he has proposed wouldn’t need any maintenance for the next eight to 10 years, but it would need to be painted roughly every five to 10 years.