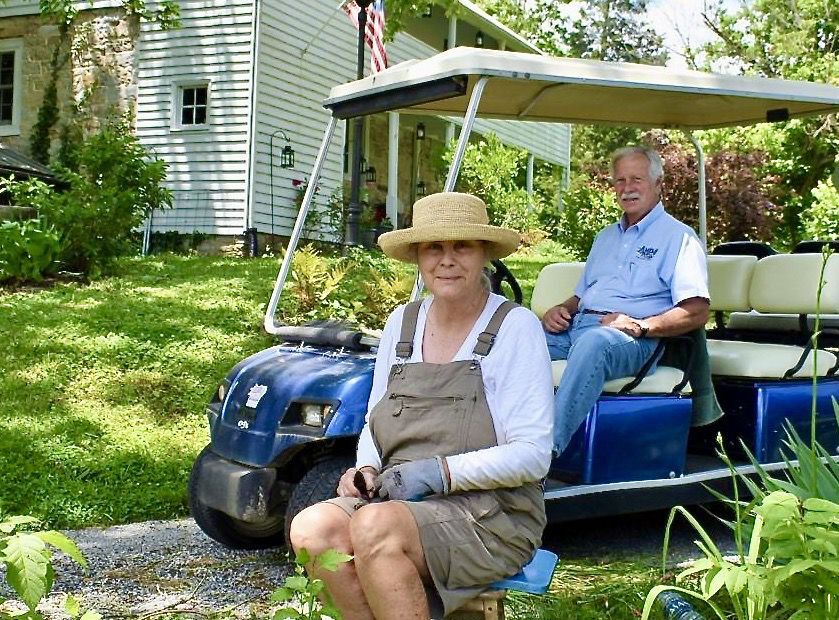 Wendy Jacobs and her husband Jake sit outside the 241 year-old Amis House where they live. 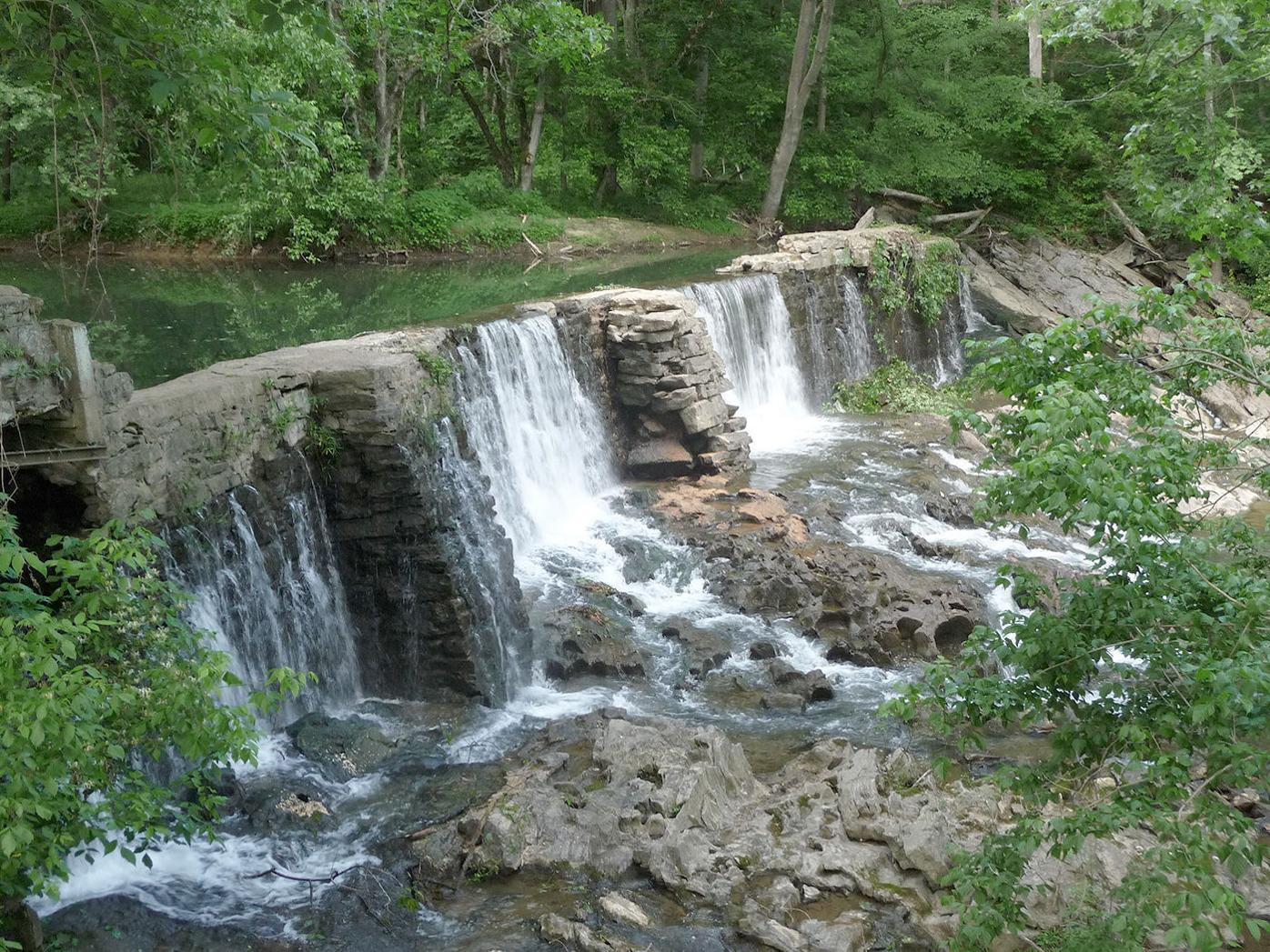 The beautiful and historic — yet endangered — dam across Big Creek in the historic Amis community east of Rogersville was built in the 1780’s by one of the county’s early settlers, Capt. Thomas Amis. 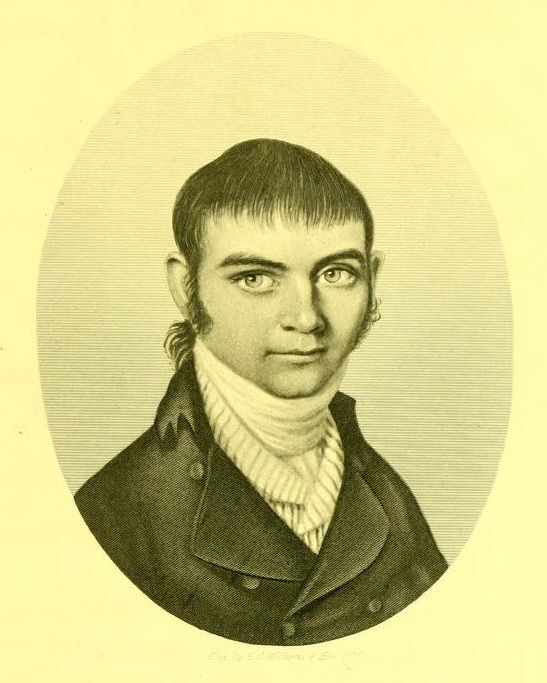 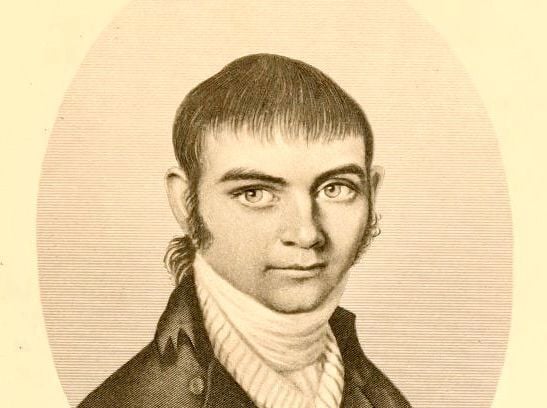 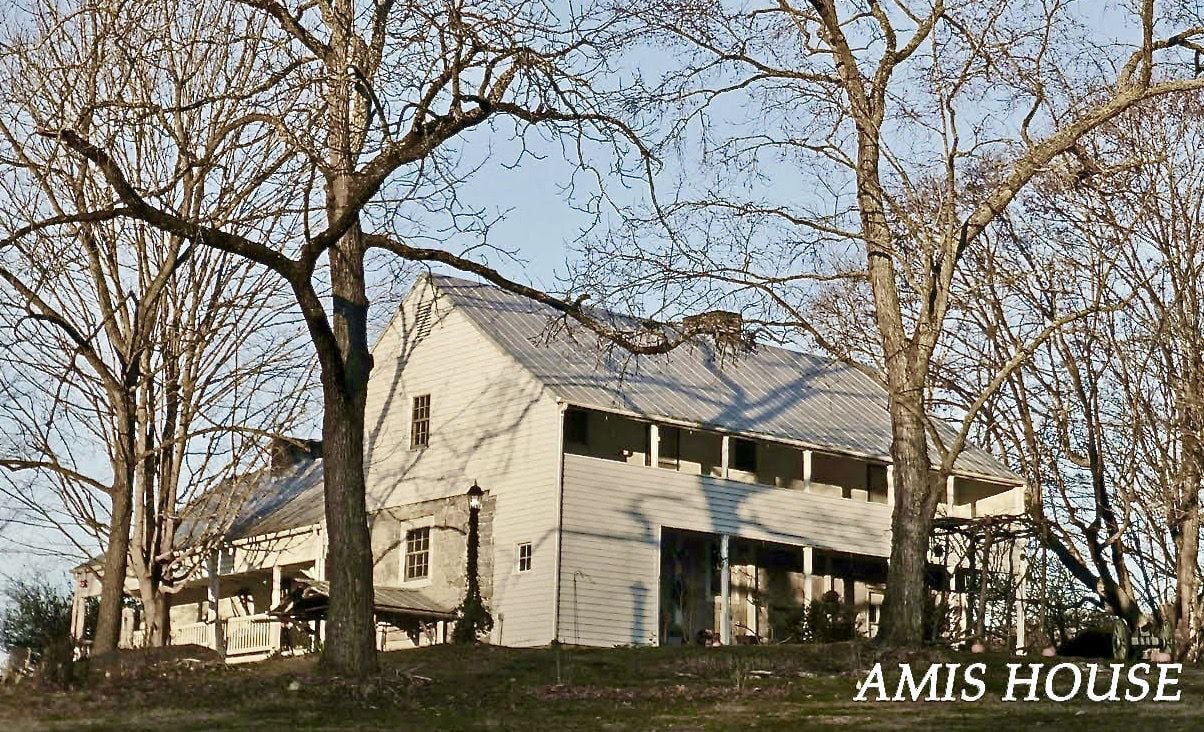 Wendy Jacobs and her husband Jake sit outside the 241 year-old Amis House where they live.

Among Rogersville’s earliest white settlers, Capt. Thomas Amis was a Patriot from Bladen County, NC who became a prominent player in the nation’s efforts to defeat the Redcoats and their civilian allies.

In December of 1776 he was appointed Commissary of the 3rd Regiment of Continental Troops serving under Jethro Sumner. As procurer of supplies it was Tom’s responsibility to fit the soldiers with shoes, clothes, food, ammunition and whatever else they needed, even to the extent of mortgaging his own farm, which he did.

After hiding Francis Marion (the Swamp Fox) at his mill on Drowning Creek several times, Amis’ bravery and willingness to help in the cause of freedom would establish him as a marked man. His family would be driven from their home by the enemy, prompting the following directive from Governor Richard Caswell.

Quote: ”Ordered, that a Protection for Mr. Amis’s Waggons, while employed in removing his family & co. out of the way of the Enemy, be enclosed.” By the end of the war North Carolina had little or no money in its treasury. Faced with accumulating debts to soldiers and military suppliers the state began to transfer its western lands to individuals to pay for war service and supplies in lieu of cash. Amis was granted a thousand acres in Sullivan County, N.C. (later Hawkins County, Tenn.).

In 1780 he built a fort at Big Creek on the Great Indian Warpath Trail (Old Stage Road), about two miles south of present day Rogersville. That same year the Captain commissioned Thomas Harlan architect and stone mason from the Pennsylvania Dutch country to build him a home 46 feet long and 16 feet wide, one and one half stories high.

The 18 inch walls of fieldstone had gun ports instead of windows in the upper story. The workmanship of the house reflected that found in eastern Pennsylvania homes of the same period.

Surrounded by a log palisade for protection from intruders Captain Amis’ gray stone house crowned the crest of the hill; the upper part of the house was barely visible above the pointed spires of the fort.

Amis was a very enterprising man who went around building doors for opportunity to knock on. Drawing from past experience as Commissary during the Revolutionary War he opened a trading post, tannery, blacksmith shop and distillery, while operating a saw and grist mill.

A post office, school and church would be added later. The Captain himself often greeted dusty travelers at the gate. Once inside, visitors found themselves in a bustling community.

The clang of iron-on-iron at the blacksmith shop and the twang of axe-on-grindstone greeted their ears. Here they could refresh themselves with a glass of grog and eat food prepared in the outdoor kitchen.

They could rest overnight, buy bacon, cheese and all manner of clothing and shoes to fit them for the road ahead. The little community of “Amis” became the principal settlement of this part of Sullivan County for the next few years. Old account books show that Thomas offered just about every service a pioneer traveler might need.

His workers could build or repair a wagon, shoe a horse, provision a stage for a long journey and provide the traveler bed and board while they anticipated a journey through country peopled largely by savages.

In the 1700s Amis Inn & Tavern became a public stage stop for many notables of the day.

Bishop Francis Asbury, founder of the Methodist movement in America, stayed at the Amis Inn a number of times.

The Bishop noted in his journal that he spent the night at Amis,’ a place quite prepared for travelers. He rebuked Amis for bragging about how much money he made off of his brew.

Evidently the two engaged in some heated debates, for Asbury commented that it was out of necessity and not choice that he was there. April 11, 1790 Asbury wrote in his journal, “Coming along, I complained that the people would take no pay for their food or services…..well that complaint has ceased.”

Asbury would, however, return to the Amis Inn many times despite their differences, for his host was a man of great hospitality and warmth. After all, Amis, in French, means “friend.”

Hundreds of antiquarians, amateur and professional historians have been attracted to the Amis home. Its durability and architectural beauty, after more than 241 years, give additional clues to the character of the builder.

Wendy Jacobs is directly descended from Capt. Thomas Amis and owns the Amis historical site and Amis Mill Eatery near Rogersville with her husband Jake. You can email her at wendypj@youngminds.com