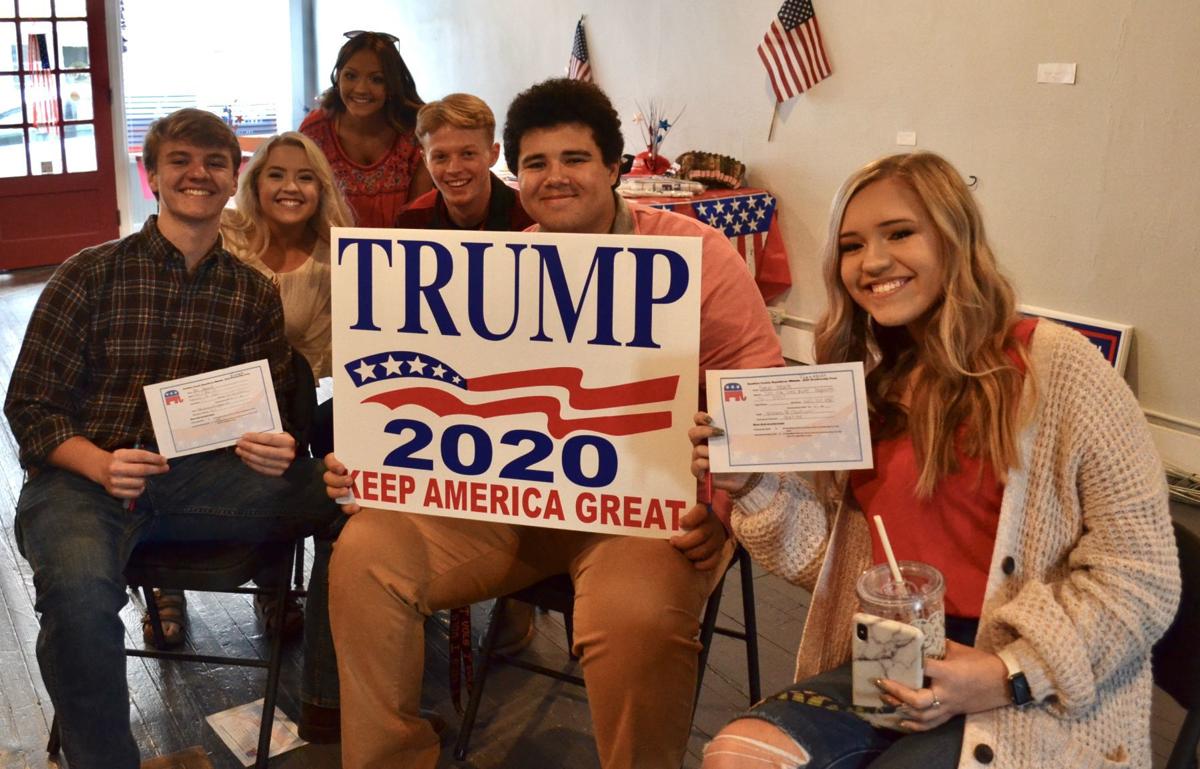 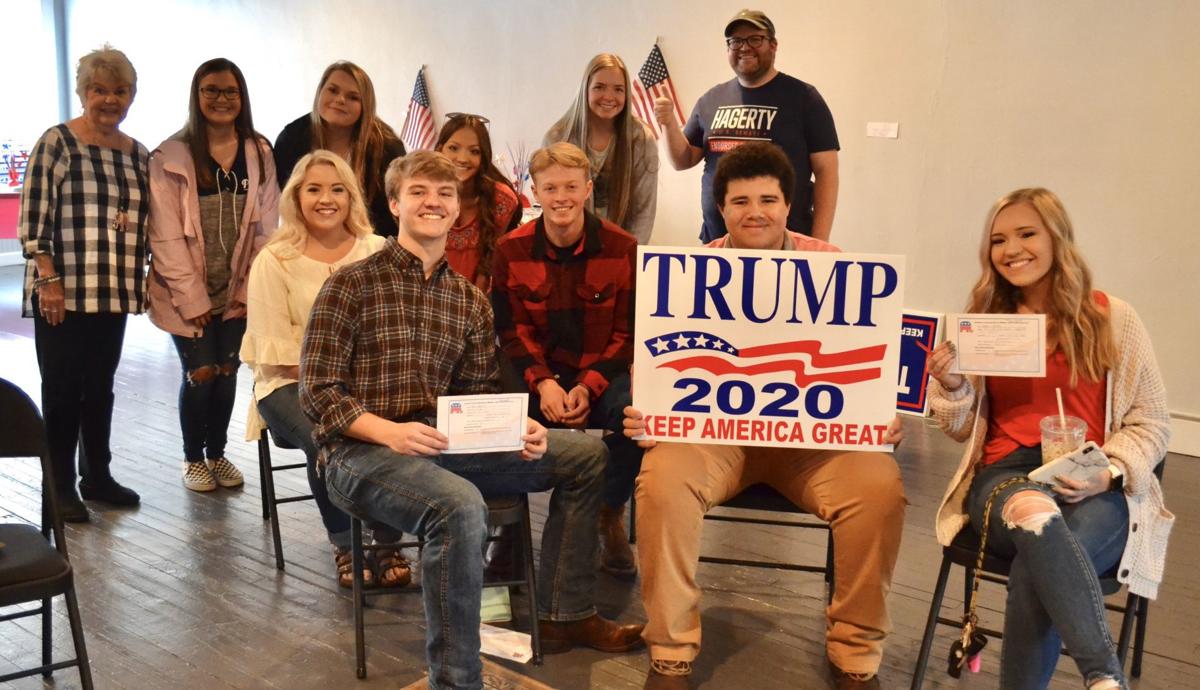 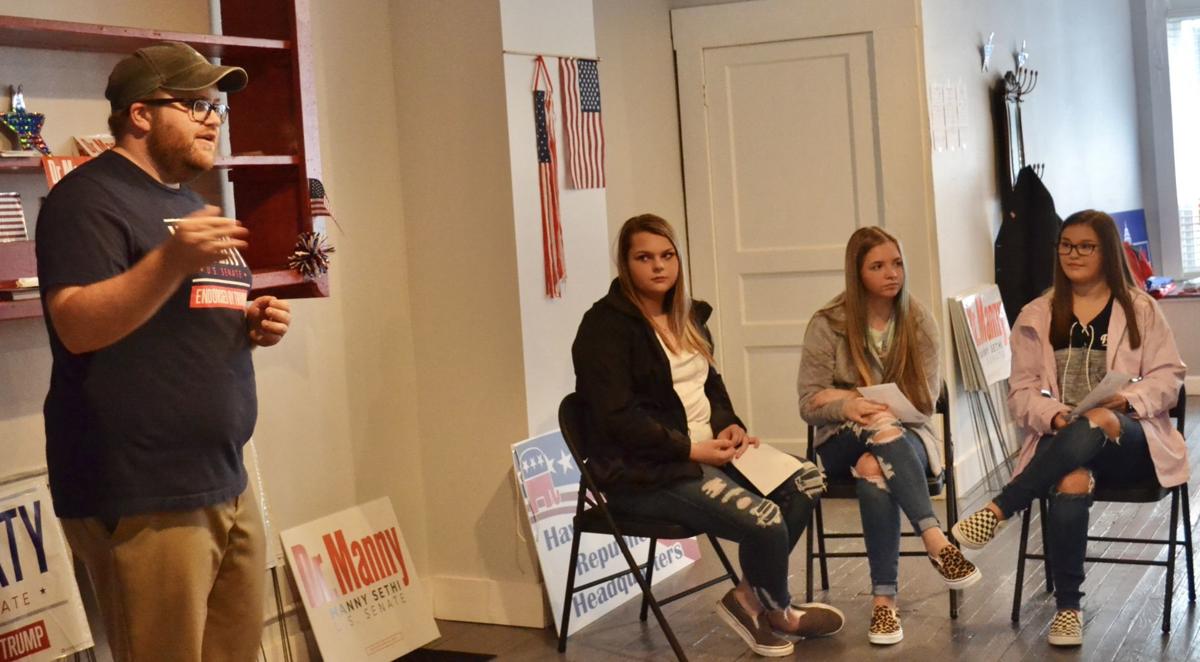 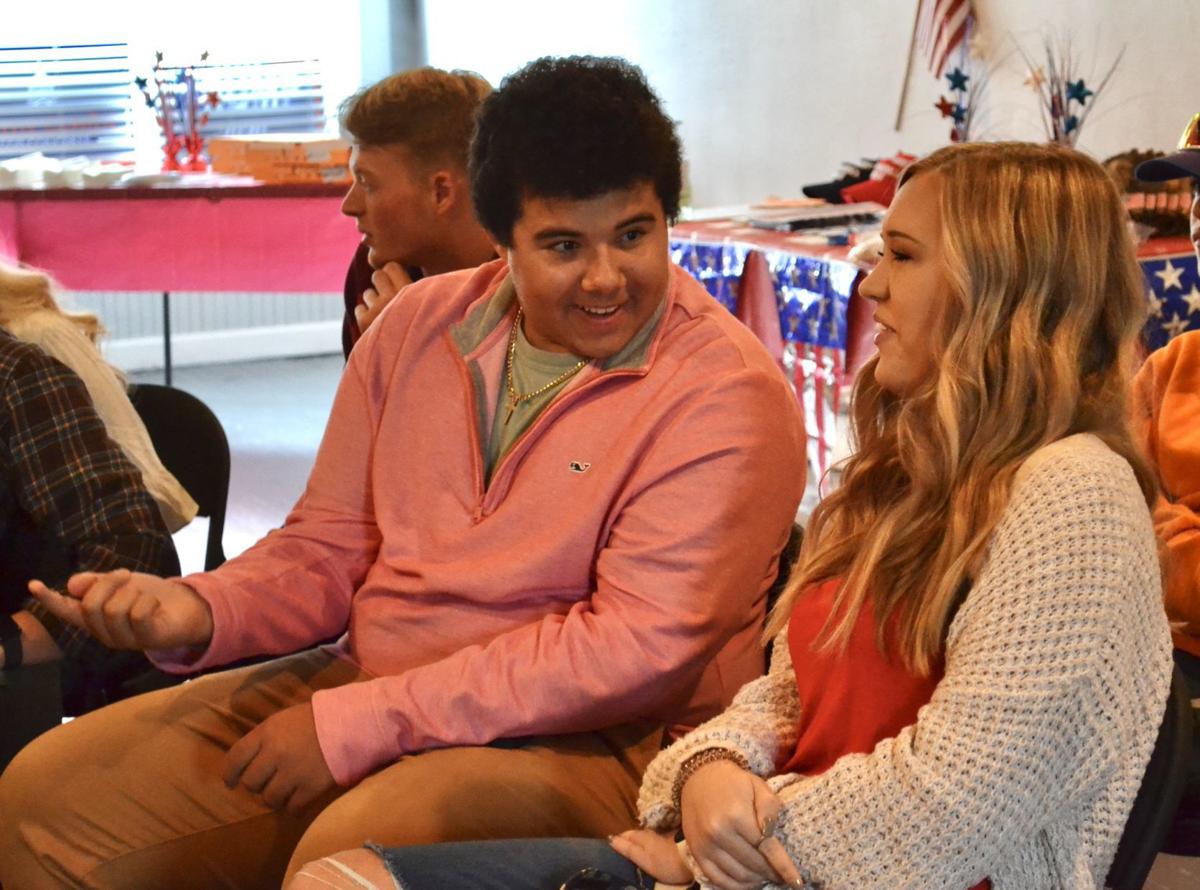 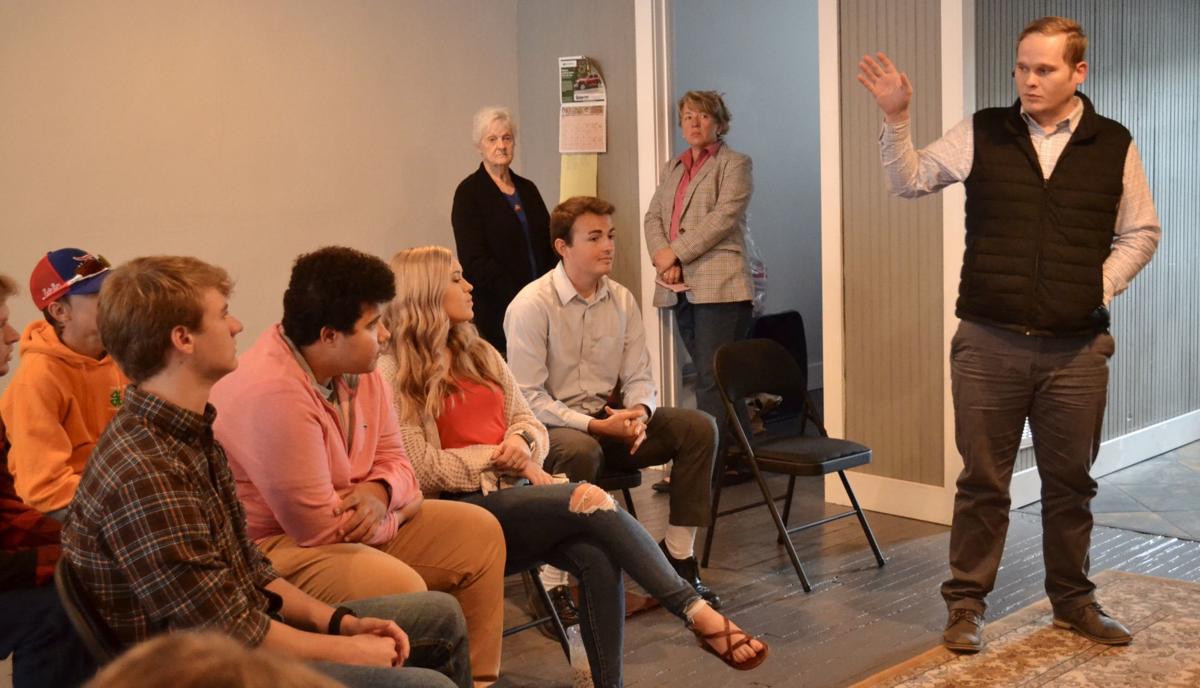 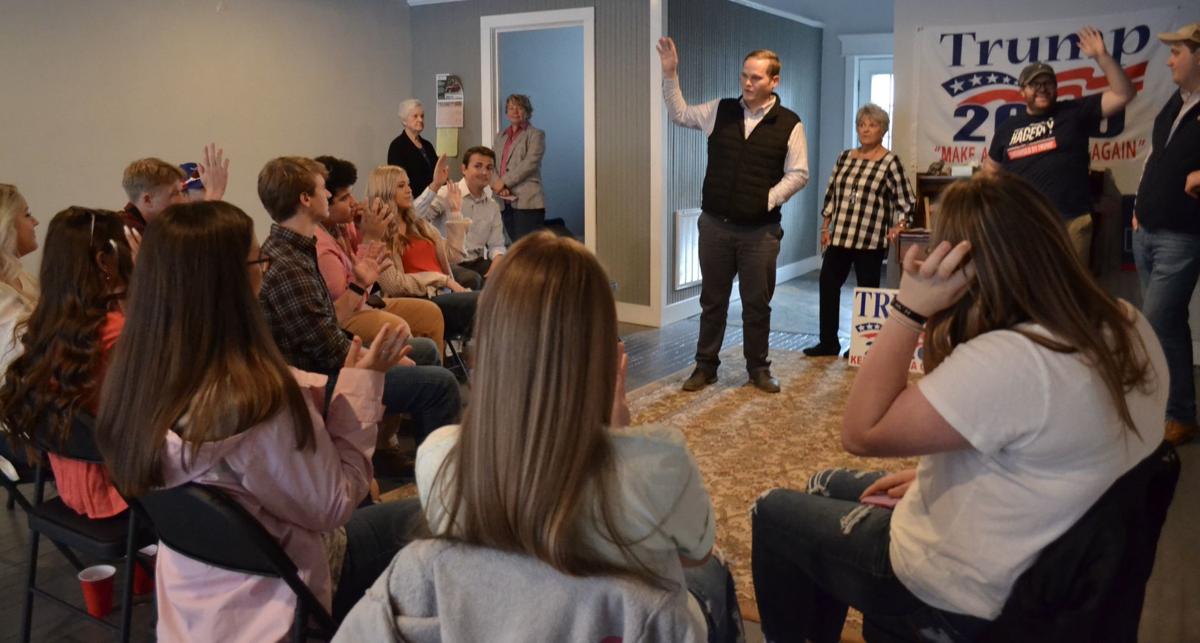 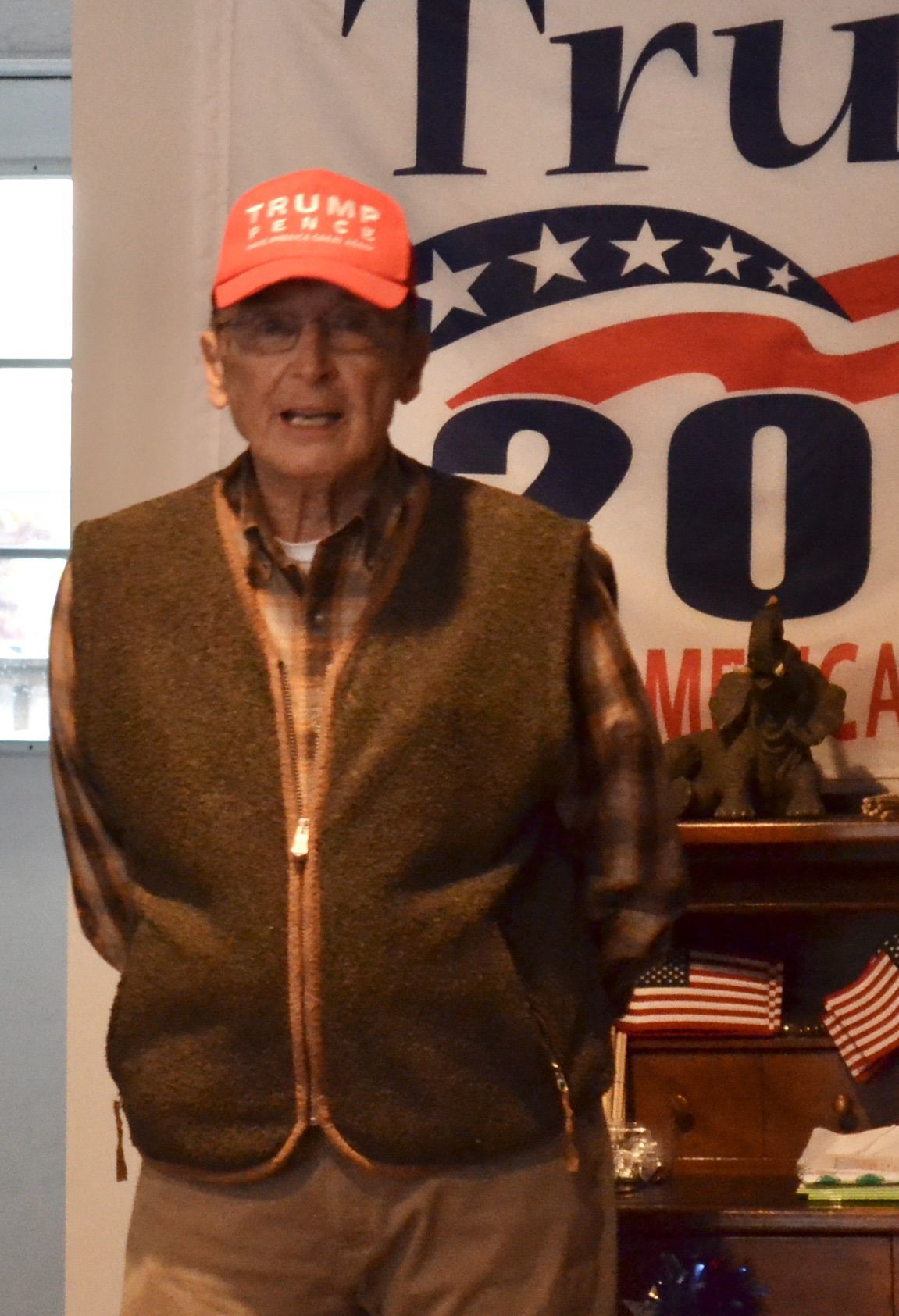 A new generation of political enthusiasts is forming in Rogersville, as the Hawkins Co. Teenage Republicans held their first meeting on May 8.

“There hasn’t been a Teenage Republican Party in Hawkins County since my own girls were in their teens, and they are now in their 50s,” Hawkins Co. Republican Women President Eloise Edwards told the Review.

She has been working with Nick Castle, who has worked in politics for over ten years, for several months to find interested teenagers and to make the organization official.

Unlike the group known as “Young Republicans,” which is for members between the ages of 18 and 40, Teenage Republican groups cater to members aged 14 to 18.

“I want our young people to get involved in politics because I feel like they’ve been neglected,” Edwards told the Review. “When they’re 18, we want them to start voting, but they don’t know anything about politics if they haven’t been involved early. I want them to know early what Republicans stand for and let them make up their own minds.”

Edwards told the Review that the group needed at least 10 teenagers in order to be officially recognized as a chapter of the National Teenage Republican Party. At their first meeting, they had exactly 10 in attendance.

Their elected officials consist of Jim Jenkins as President of the club, Ty Edwards as Vice President, Drew Ward as Treasurer and Emma Carmack as Secretary.

In addition to Edwards and Castle, two members of the Josh Gapp for U.S. Congress Campaign as well as Sullivan County Yong Republicans Chairman Cody Woods were in attendance and told the group how an early involvement with politics had impacted their own lives.

“They are the ones who are actually leading the group—I’m just here to help them get organized and offer some advice,” Castle said. “To have 10 young people here is a really good start, because the future of the party is sitting in this room. If you don’t get them involved and teach them how to be leaders now, then the party won’t survive and flourish in the future.”

He encouraged the participants to first asses what it is that they want to do within the party.

“Then, figure out how your talents and passions can fit into the organization,” he said. “Not everybody is meant to be president, but there are lots of other things they can do. I was always told that, if you don’t involve yourself in politics and you don’t vote, you really don’t have anything to complain about if you didn’t take the time to get involved. It’s also just a good way to get involved in your community. Whether it’s state, federal or local, everything involves politics in some way.”

To any other teenagers who want to be involved in the Teenage Republican party, Castle recommends checking out www.gop.com or reaching out to their local party for further resources.

Hearing from the members

The gathered group was initially very shy. When Castle asked the group, “what does it mean to you to be a Republican,” the group was quiet at first.

After some prompting, a few spoke up.

“It means voting for what is right and moral,” said Drew Ward.

“It means putting someone in office who is going to reflect what you believe,” said Jim Jenkins.

Three of the members also spoke with the Review after the meeting and shared why they were interested in the group.

“We just want to get involved and set something up not only for us but for young kids who are just in elementary school now,” Jenkins told the Review after the meeting. “That way, they will be able to just jump right in and not have to set it up themselves.”

“I want to spread awareness for the Republican party to young people because, nowadays, there aren’t as many young Republicans around as there used to be,” Ward added. I want to be out there, showing what we can do for our community.”

“I’m here to help the economy in the best way we can and keep the organization running as long as we can,” Ty Edwards said.

As far as their future plans, Jenkins told the Review that the group plans to start by helping the Hawkins Co. Republican Party set up for the annual Lincoln Day Dinner. The young group is also considering a booth at Heritage Days to promote the organization.

As far as why they felt drawn to the Republican Party, the boys largely reflected on their family’s affiliation to the party.

“My granddad was elected as a Republican Congressman for this district (Congressman Bill Jenkins), and my dad is a judge here (Judge Douglas Jenkins),” Jenkins told the Review. “I’ve always been around politics—especially the Republican Party. It’s something that I want to follow suit and keep in my family. It’s a strong tradition for us.”

“For me, it all started in the 2016 election when Donald Trump started running,” Ward added. “I started listening to him and learning more. Then, I listened to the other side, and they weren’t going with my beliefs and what I was raised on. So, I decided that I am a Republican and I want to get involved. I voted for the first time during the primaries just a couple months ago. I’m voting for Republicans for the rest of my life as long as they don’t change on me.”

“My whole family is Republicans, and my grandma has been an Alderman (Eloise Edwards) for so many years,” Ty Edwards said. “I’ve just followed in my family’s footsteps as I’ve grown up.”

Neither Jenkins or Edwards have voted yet, as they are not yet 18. However, they both expressed their excitement to do so.

“That was one of the first things I did when I turned 18—I registered to vote,” Ward said. “I felt like that was my duty.”