{span}Individuals from throughout the community gathered last week for the National Day of Prayer. Pastor John Butler (left) of East Rogersville Baptist introduces Harry Jarrett from Russell’s Chapel to close the NDP in a congregational worship song.{/span}

Millions of people gathered Thursday at courthouses, city halls, in churches and schools across the nation to observe the 69th consecutive National Day of Prayer. Hawkins County residents joined through observances both at Jaycee Park in Church Hill and the Court House Square in Rogersville.

The theme this year was from II Corinthians 3:17, asking God to pour out his “love, life and liberty” on this nation. Traditionally the National Day of Prayer is broken down into prayers for what are called the pillars of influence in the American society. Prayers are generally offered by pastors for the nation and its leaders, the military, businesses, media, schools, churches, families, the drug epidemic and the need for revival and awakening.

Organizers thought through the week, they would have to be inside for this year’s event due to rain and storms, but one pastor commented, “Look what God did: it turned out to be a gorgeous day again this year.”

There are over 1,000 times in America’s history that presidents have called for days of prayer and fasting. Abraham Lincoln called for a National Day of Prayer, but Harry Truman signed a bill that made the National Day of Prayer a law in 1952. Then Ronald Regan amended that law to set aside the first Thursday of every May. Normally every year, the president and all 50 governors sign proclamations endorsing the need for prayer.

Observances vary across the nation. Some cities like Kingsport begin their day with the mayors’ prayer breakfast. Rogersville and Church Hill hold a public observance at the noon hour in the town square which represents the seat of authority for their county. Then some cities, like Knoxville and Sevierville, hold a night observance. But while they are held at different times, the prayer topics and theme run as a thread across the nation tying these prayers together, believing they are heard in heaven and God will favorably respond with blessing on those that were prayed for.

One of the comments at the Observance was that NDP can also mean National Daily Prayer. While there is a day set aside for public prayers each year, it is vital Christians take advantage of the daily opportunity to communicate with “Father God” in heaven through prayer. 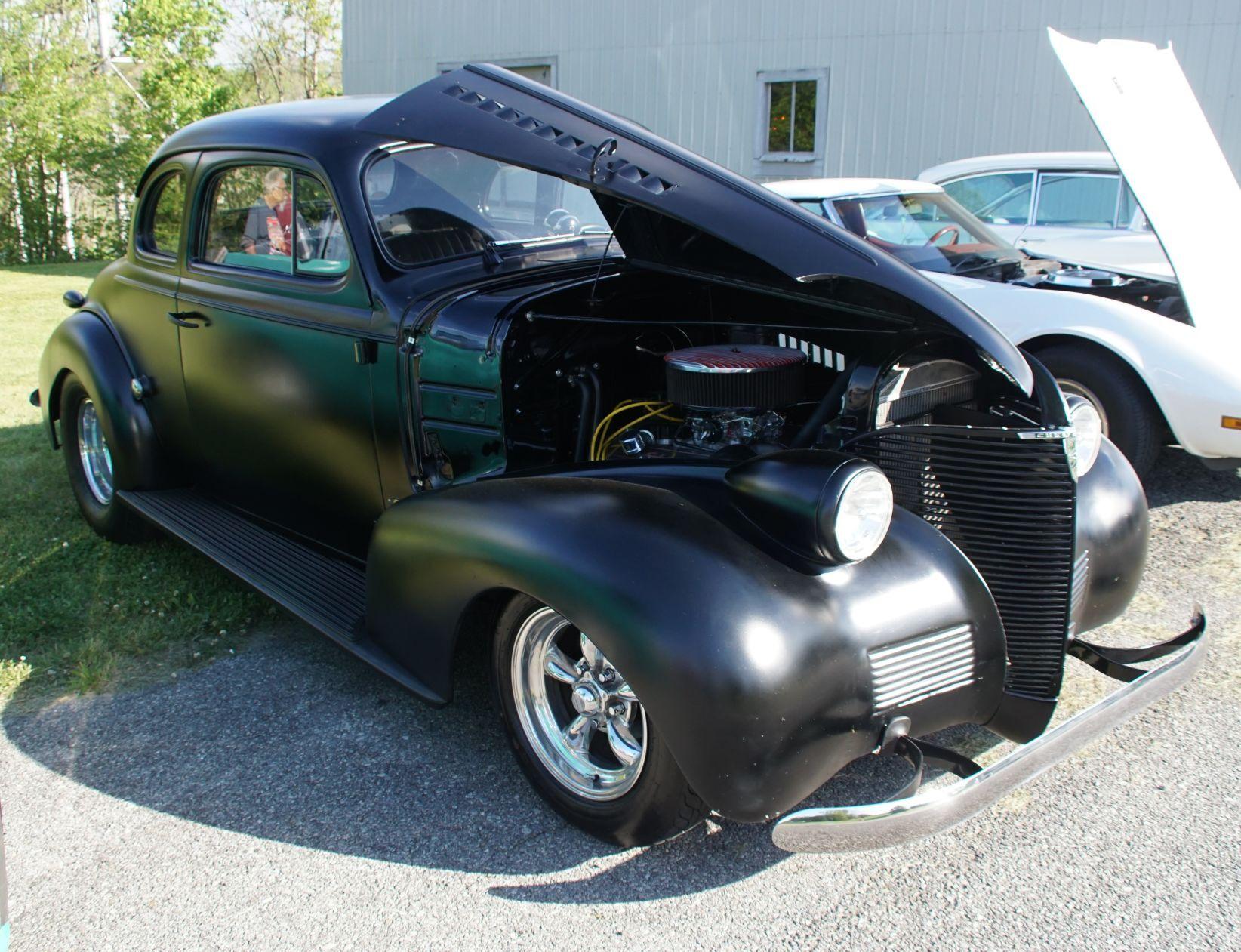 This 1939 Chevy owned by Denver Price was among the vehicles proudly displayed at the first cruise-in of the season, held in Surgoinsville.

NASHVILLE —During National Police Week (May 9-May 15), the Tennessee Department of Commerce & Insurance (TDCI) and the Tennessee Law Enforcement Training Academy (TLETA) will raise awareness of the ultimate sacrifices made by Tennessee law enforcement officers, as well as the family members, friends and fellow officers they left behind.

Established by a joint resolution of Congress in 1962, National Police Week pays special recognition to those law enforcement officers who have lost their lives in the line of duty for the safety and protection of others. This year, the names of 394 officers killed in the line of duty are being added to the National Law Enforcement Officers Memorial in Washington, DC. These 394 officers include 295 (182 fatalities are COVID-19-related) who died during 2020, plus 99 officers who died in previous years but whose stories of sacrifice had been lost to history until now. In Tennessee, the names of eight fallen officers will be added to the memorial during the ceremony.

During May 9–May 15, the National Law Enforcement Memorial and Museum will deliver programs to keep current officers safe and healthy, as well as ceremonies to honor those fallen officers whose names have been recently added to the memorial. The 33rd Annual Candlelight Vigil will happen virtually on Thursday at 8 p.m. EDT.

“At the start of each shift, every law enforcement officer knows that he or she may be called upon to make the ultimate sacrifice of his or her life in order to save someone else,” said TLETA Director Brian Grisham. “Law enforcement officers are called upon to demonstrate bravery each day in the face of enormous obstacles and at great personal risk. I commend the heroism of Tennessee law enforcement and I extend my heartfelt sympathies to the families and friends of every officer who lost his or her life while protecting his or her community.”

The Tennessee Law Enforcement Training Academy was authorized by the 1963 General Assembly for the purpose of training state, county and city law enforcement officers. The Academy, which is based in Donelson, was brought under the Department of Safety in 1983 and joined TDCI in 2006.

TLETA’s Basic Police School course provides technical and tactical expertise in addition to the ethical and professional standards needed to be a successful law enforcement officer. This year, TLETA expects to train more law enforcement officers than ever before through its basic police recruit and specialized training courses. 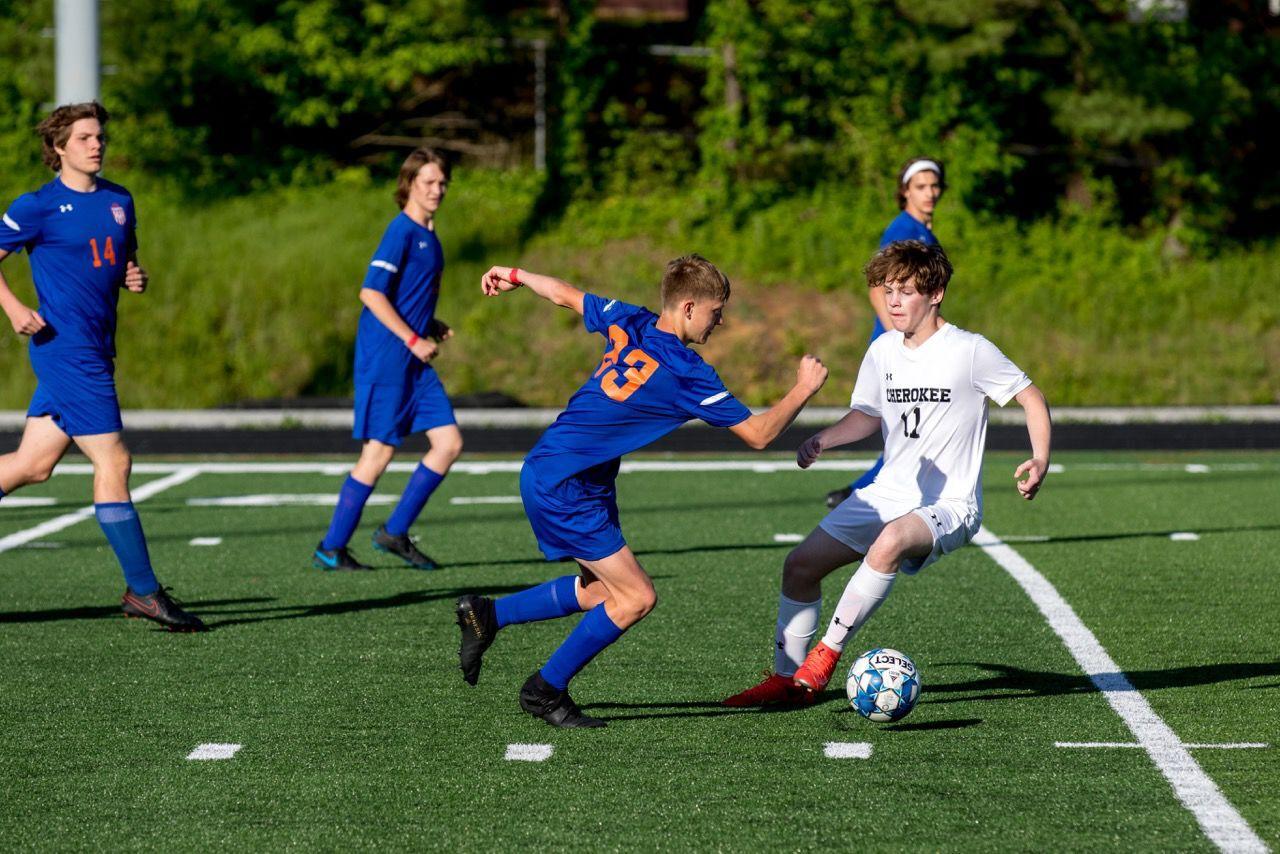 A Rogersville woman reported last week that she had lost over $20,000 in computer fraud.

Donna Koerner told officials that she had received a message from what appeared to be Microsoft that her computer had been compromised and money had been taken from her account. The message advised her to transfer money from her account to another to protect it from further fraud.

Koerner said she transferred $20,200 to an account in Peru and then realized the phone number she had been communicating through had been disconnected and she had been defrauded.

The cashier at a tobacco store in Carmel, through his careful attention, stopped the passing of counterfeit money on Thursday.

The clerk, Richard Horton, showed the $10 bill, which he had checked with a marker, to Dep. Daniel DesOrmeaux when he arrived, and pointed out Terry Arnold as the man who had given it to him to pay for purchases.

He was charged with simple possession and criminal simulation.

A Whitesburg man has accused a Rogersville woman of defrauding him of almost $10,000.

Kevin Hawkins, 43, said his ex-wife Barbara Williams made unauthorized withdrawals from his bank account totaling $9,371.17. Hawkins said he gave her his card to use for one month while he was in federal custody at various prisons. The money was attended to purchase items for their children.

Hawkins said Williams began using the card in late October 2019 and lasted used it in July 2020.

At press time, Williams had not been arrested.

William Standifor of Rose Hill, Va., reported last week that while he was in the process of moving from his home in Mooresburg, someone had stolen tools from his tool shed with a total estimated value of $1,530.

When Dep. Stephanie Bolognese arrived at the scene she found bolt cutters and a cut lock next to the shed. Standifor also provided her with a water bottle found at the scene.

At press time, no arrests had been made.

NASHVILLE — In celebration of National School Nurse Day on Wednesday, the Tennessee Department of Education is recognizing Tennessee’s over 1,600 school nurses who support the health and wellness of Tennessee schools and students every day and especially during the COVID-19 pandemic.

“With the challenges presented during the 2020-21 school year, school nurses have been true heroes, serving our school communities to ensure our students are healthy and able to continue learning,” said Commissioner Penny Schwinn. “Their contributions have been critical to ensuring in-person learning continues and we give the best for all our students.”

Throughout the state, district and school leaders have praised the work school nurses have done during this challenging school year.

“I can’t thank our school nurses enough for their hard work and dedication this year,” said Liz Sumpter, BSN, RN, health services coordinator for Bristol, Tenn., City Schools. “They went above and beyond every single day to ensure the safety of our students and staff. I could not ask for a better group of nurses to work with. They are truly amazing!”

“I would like to take this time to thank all of our Johnson County School nurses for all their hard work and support during this difficult year. Their strength and dedication to our students and staff has amazed me. I can’t put into words how proud I am of each and every one of these ladies,” said Shannon Wood, LPN, CSH Educator, Johnson County Schools.

Kelly Wagner, RN BSN, CSH Director, Washington County Schools, added, “The school nurses for Washington County Schools are truly exceptional. I honestly do not have words to adequately describe their commitment to serving with compassion! This school year has been challenging to say the least and yet, each nurse continues to be flexible, lead with a servant’s heart and serve with passion! They truly represent Florence Nightingale’s vision for our profession!”