Summer Wells has now been missing from her Beech Creek residence for three weeks, and authorities are scaling back search efforts.

“There has been a tremendous amount of hours spent searching the area and investigating her disappearance, with well over 750 tips, [but] none has resulted in a solid lead,” Sheriff Ronnie Lawson said in a brief news release last week. “This case is still very active and intense, with everything possible being checked out by Hawkins County detectives and agents of the Tennessee Bureau of Investigation. Our goal is to find Summer!”

Although most missing children are teenage runaways, when children are abducted, it usually involves a family member, statistics show.

According to the National Center for Missing and Exploited Children,

in 2020 NCMEC assisted law enforcement and families with more than 29,800 cases of missing children.

The Child Crime Prevention & Safety Center, which collects information on all missing children cases in the U.S., says the majority of abduction cases are committed by family members. But 28 percent of kidnappings are committed by strangers. These are considered significantly more dangerous to the child, leading to harm or even death.

“But we do know that children are vastly more likely to come to harm and even be abducted by people they know than by people they don’t,” says David Finkelhor, director of the Crimes Against Children Research Center at the University of New Hampshire. “We’d do much better to teach them the signs of people (strangers or not) who are behaving badly: touching them inappropriately, being overly personal, trying to get them alone, acting drunk, provoking others or recklessly wielding weapons.”

Finkelhor , who is also a researcher for the National Incidence Studies of Missing, Abducted, Runaway, and Thrownaway Children was quoted in a recent edition of the Washington Post. 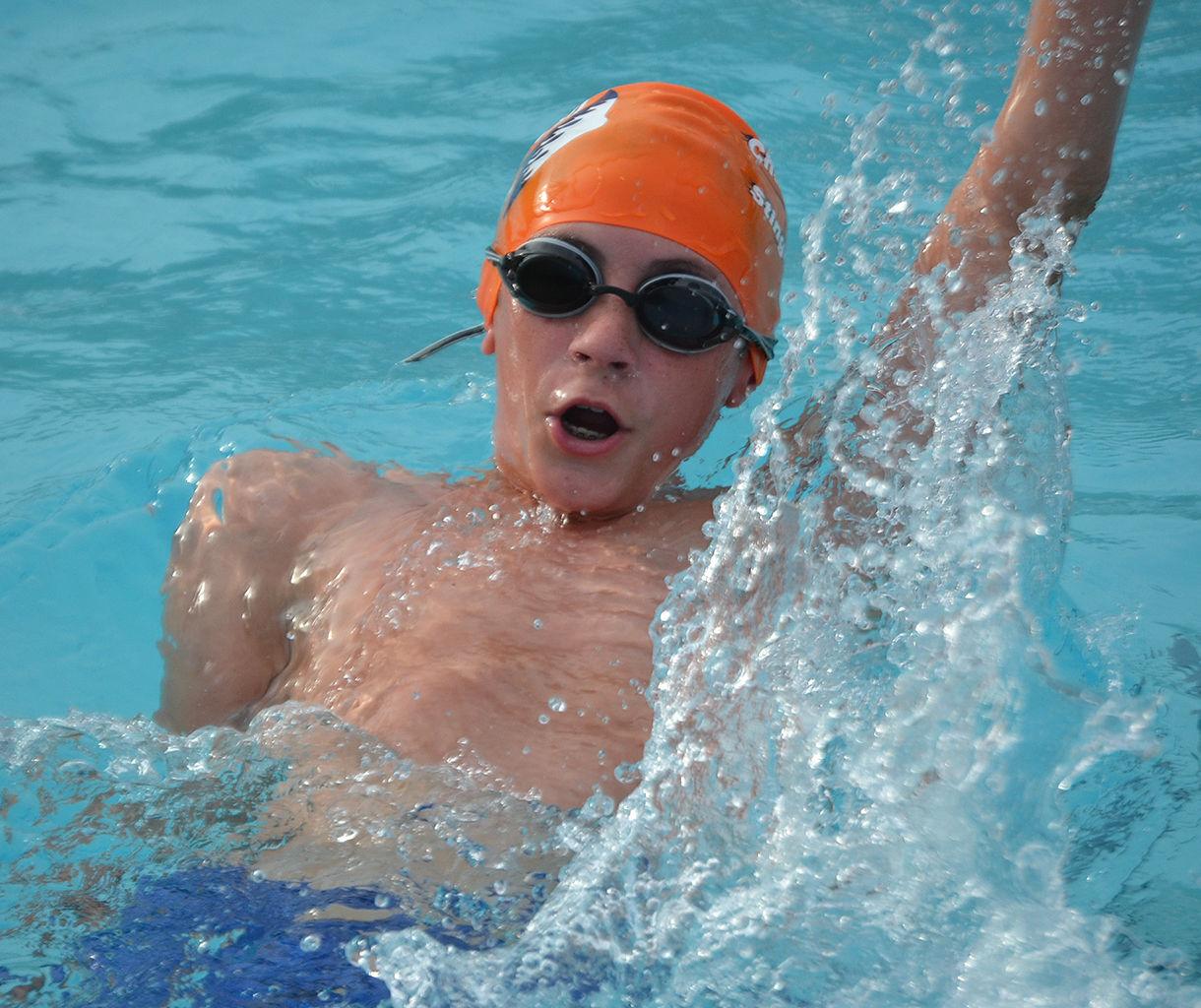 Let’s get back to work. The Rogersville Review, in cooperation with the Rogersville/Hawkins County Chamber of Commerce, will hold a career expo on Tuesday, July 13, at the National Guard Armory.

Since the unemployment rate is down to 5 percent in the county, and federal subsidies and extended unemployment benefits expired Friday, it’s essential to the area’s recovery that employers and employees make contact.

Employers can choose from a range of media packages and setup arrangements at the expo. Please call or email Ashley Pendleton at 423-528-0737 or Ashley.pendleton@therogersvillereview.com.

The Mount Carmel Board of Mayor and Aldermen approved a balanced budget with no surplus at their May meeting, but a few changes were made at the June 24 meeting before the budget was finalized.

Originally, the budget included a surplus of $89,000, but the board voted in May to allocate this surplus to various donations and projects.

Most notable of those changes from the June meeting were increased funding to the town’s Senior Citizens Center, finalizing the funding for a new Fall Festival, a COVID- 19 bonus for town employees, and a decrease in the amount budgeted for paving.

At the May meeting, the board voted to allocate $15,000 to host a potential fall festival.

At the June meeting, Alderman Darby Patrick asked whether or not this amount covered the overtime that the town’s Public Works and Police Officers would accrue for working the event.

Alderman Mindy Fleishour explained that the allocated $15,000 did not include the overtime costs, but “with the way the budget sits right now” she felt that the overtime could be covered.

When Patrick noted that the overtime alone could cost $15,000, Fleishour replied, “is there a legitimate reason why we don’t want to hold a festival? Is it just because of overtime that we don’t want to give the community something to be proud of?”

Alderman John Gibson added that the goal is to make the event self-funded even if they receive donations for the event from local businesses.

“I think the community deserves it,” Fleishour said. “We’ve had bad publicity for, like, forever. It’s important for the community to get out and meet and greet...It’s a positive thing and it’s something for the town to be proud of. I just have an issue with someone trying to take that away.”

“After four hours (for the event), we could spend that money on something else,” Patrick said. “In front of the fire department is a mess. That could be cleaned.”

“Then Jason (Byington, Fire Chief) could have submitted that in his budget if he needed extra money to go towards the fire department,” Fleishour said. “Just like Kenny (Lunsford Jr, Police Chief) submits everything in his budget.”

Mayor Pat Stilwell asked the gathered crowd to give their input on whether or not the festival should be held.

“I think that, since we didn’t have anything last year or even have the Block Party, we need to do something to show the citizens that we still care for them,” Mount Carmel citizen and Hawkins Co. Commissioner Ray Jessee said.

The tentative date for the event is Sept. 25 from 3 to 8 p.m. on Main Street where the town’s Block Party has traditionally been held.

So far, the event will include live bands, children’s entertainment, craft and vendor booths, food trucks, and even a 5K fun run that morning.

A link to the event’s Facebook page will be included in the online version of this article along with a link to the food and vendor application form.

The town’s yearly contribution to the Senior Center was a topic of contention at the May meeting.

Patrick made a motion in May to contribute $20,000, but his motion failed. Stilwell then countered with a motion to contribute $14,000, which failed for a lack of a second.

The board finally settled on a $16,000 contribution. However, Gibson brought up the topic again on June 24 and proposed that the funding be increased to $20,000.

At the May meeting, Alderman Steven McLain proposed that the remaining surplus of $43,198, which was left of the original $89,000 surplus after other contributions, be allocated to paving.

Gibson proposed that the additional funding or the Senior Center be taken from the paving funds, and his motion passed unanimously.

Gibson also noted that Mount Carmel was one of the only municipalities in the Tri-Cities area that didn’t give their employees some form of COVID-19 bonus.

“Employee retention is really going to be something we have to look at in the future,” he said. “We’re losing employees, and that’s going to be a continuing big cost. Retention is always cheaper than recruiting.”

City Manager Mike Housewright also explained that, since the state re-evaluates property taxes every three years, each municipality must adjust their tax rate to this adjusted property value.

“This new rate is what is expected to net us the same property tax as last year,” Housewright told the board.

Housewright took over as City Manager in November of 2017. When former City Recorder Marion Sandidge retired at the end of 2018, Housewright assumed the duties of that position in addition to those of the City Manager. Stillwell explained in May that the board at the time promised Housewright a $10,000 raise for doing so.

At the June meeting, Stilwell also asked about the cost for a new digital sign to put in front of City Hall. Depending on the type of sign, the cost would range from $5,000 to $10,000.

“That’s not bad for a digital sign that makes our town look beautiful,” Stilwell said.

However, the board chose not to allocate any money for this purpose.

The finalized budget passed by a vote of 5-1 with McLain absent and went into effect on July 1 with the new fiscal year.

Click and hold your mouse button on the page to select the area you wish to save or print. You can click and drag the clipping box to move it or click and drag in the bottom right corner to resize it. When you're happy with your selection, click the checkmark icon next to the clipping area to continue.