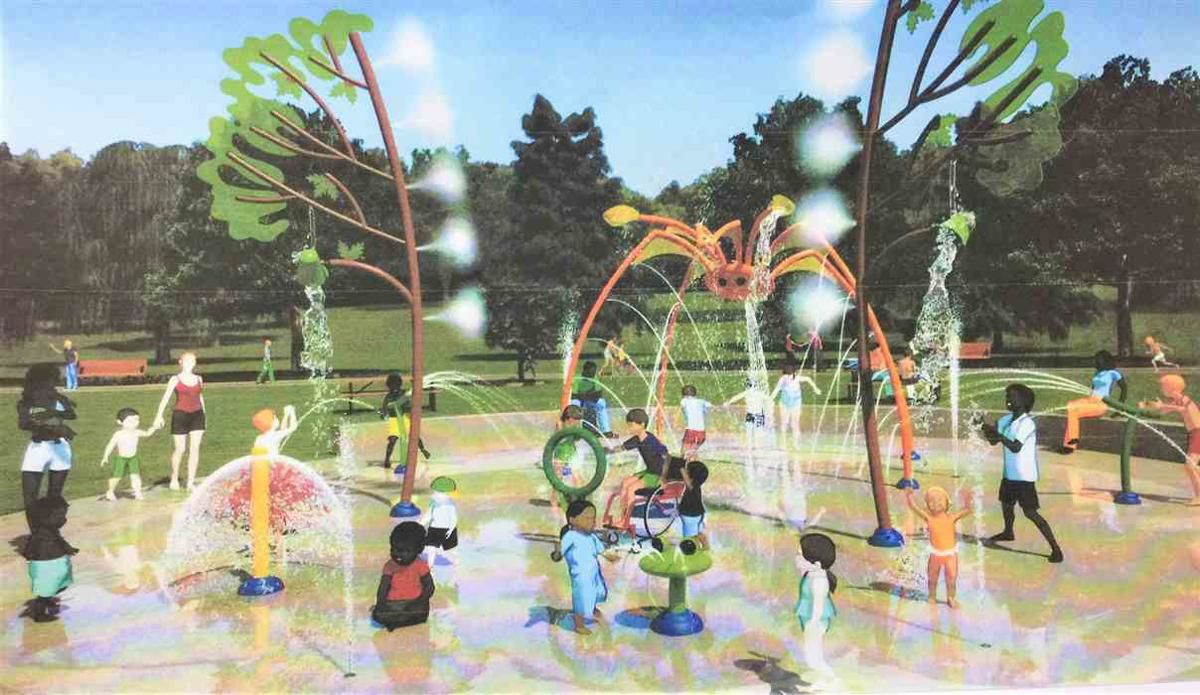 Church Hill residents who are looking for ways to beat the heat summer may have to look elsewhere, thanks to the COVID-19 pandemic.

Derrick Park’s new splash pad was originally scheduled to be open and ready for visitors on June 6; however, that has now been delayed to August.

Unfortunately, the city pool was also a casualty of COVID-19, as Mayor Dennis Deal announced at the April 21 BMA meeting that the pool will likely remain closed all season.

City plans for splash pad to open in August

Deal told the board at the recent BMA meeting that the Tennessee Comptroller’s office has asked all cities to put all capital expenditures on hold in light of COVID-19.

“We could have chosen not to do it, but we don’t want to do that,” he said. “We feel like maybe by the end of this month, they’ll open that back up and we can move forward.”

Thus, the city had to put the splash pad project on hold.

“We probably are not going to open our pool this year,” he added. “Most of the time, we have our people (pool staff) hired in March. We’ve not done that, and normally we would already be started on cleaning, and we’ve not done that either. So, probably the pool is not going to be open. Even if they turned us loose (from social distancing requirements), we would not have time to get the people hired and get it cleaned.”

Deal added that the city is in a limbo with the situation.

“I hate it, but you wouldn’t go over there and invest all the man-hours, buy all the chemicals and send all of them (pool staff) to be drug-tested, not knowing if we’re going to be allowed to open,” he said. “So, that’s the limbo we’re in. I believe that a lot of them (other cities’ pools) won’t be open.”

Deal said this is the first year in his memory that the city pool won’t be open.

“Just speaking from the standpoint of the father to three small young ones, is there anything we can do on the pool that wouldn’t take up a ton of resources in case it is able to open?” Alderman Michael Walker asked Deal.

“You’ve got to understand that we’ve got to drain that pool and start cleaning it,” Deal said. “If we drain the pool and then don’t open it, the pool has to be filled back up. If we take our resources—not just in chemicals, but man-hours, which is the biggie—and then it doesn’t open, we’ve wasted those hours we could have been doing other things.”

“Even if we can open, they could have restrictions on what we can do at them (pools)—we don’t know yet,” City Recorder Josh Russell added.

Deal added that social distancing restrictions could mean that only a few people could be in the pool at once.

“We might only have ten people there at once, and we can’t open the pool for just ten people,” he said. “You have to look at your investment versus your return. We already lose about $30,000 or $40,000 on it every year, and that could even be more. We just can’t afford to do that.”

The city also had numerous other projects planned at Derrick Park, such as the installation of ADA (Americans with Disabilities Act)-compliant playground equipment. This equipment was purchased back in October of 2019 and includes a stand-alone, three-bay model swing set that offers four different handicap-accessible swings that each serve a different purpose.

The parks committee has also considered moving some of the existing equipment to different areas of the park. Deal explained that much of this equipment was recently moved, but it was discovered during the move that not all of it is salvageable.

“We got the playground taken down over there, and the committee is looking at some new playground equipment,” Deal told the board. “That equipment was probably 25 years old or a little older. The swings we will be able to salvage—we’ve got a guy who’s going to re-coat them. They’re actually being sand-blasted right now.”

In order to complete the above projects, Deal told the board that the city is planning to issue a $500,000 capital outlay note. This loan will cover the splash pad, new playground equipment, two new picnic shelters, an amphitheater and additional parking spaces.

The money will be borrowed from U.S. Bank at an interest rate of 2.2 percent.

“At that good of a rate, we would be silly not to jump on it,” Deal told the board. “We have the money to do it, but we’ve got commitments to the park down the road (off of Holliston Mills Road) that we committed to long ago. Our total outstanding debt here in the city is $1.3 million. We could probably go in the morning, should we choose to, and pay it all off and still have about $1.2 million left. Our finances are in pretty good shape. We’ve got the money to do what we need to do down there, but I’m just telling you that we’ve got commitments at Holliston Mills we have to take care of.”

The board plans to vote on borrowing the $500,000 for Derrick Park at their May meeting.

The city of Church Hill has been planning for the 65-acre Holliston Mills Park for quite some time now, but it is just now beginning to take shape.

Before the park can be developed, a public railroad crossing must be built to allow citizens to enter the property. This particular project will be opened for bid on May 1.

“We don’t really know what that crossing is going to cost us,” Deal told the board. “We knew that three years ago. If we get this (Derrick Park improvements) done and do what we’re going to do at Holliston Mills, we should have a little bit for everybody in this city by then. I’m talking about old people and young people. We should basically have something for everybody.”

The city has had $1.6 million budgeted for this park since 2016. $500,000 of this actually came from a LPRF (Local Parks and Recreation Fund) state grant, which the city received in 2016, and the other $1.1 million came from local funds.

After the railroad crossing is complete, the city plans to begin a gymnasium as well as a parking lot. The end goal for the park will include four gyms, a soccer field, two baseball fields, four softball fields, walking trails and two fenced-in playgrounds. This park is still in the planning stages.

“I just want to tell the board that we’ve got all the facilities cleaned and sanitized,” Deal said at the meeting. “We feel confident that we’re ready to go when we gear up to start back. We’ve kept our city workers working and doing something all the time—cleaning these places.”

He went on to add that “any full-time person (city worker) has not lost an hour” through the COVID-19 closures.