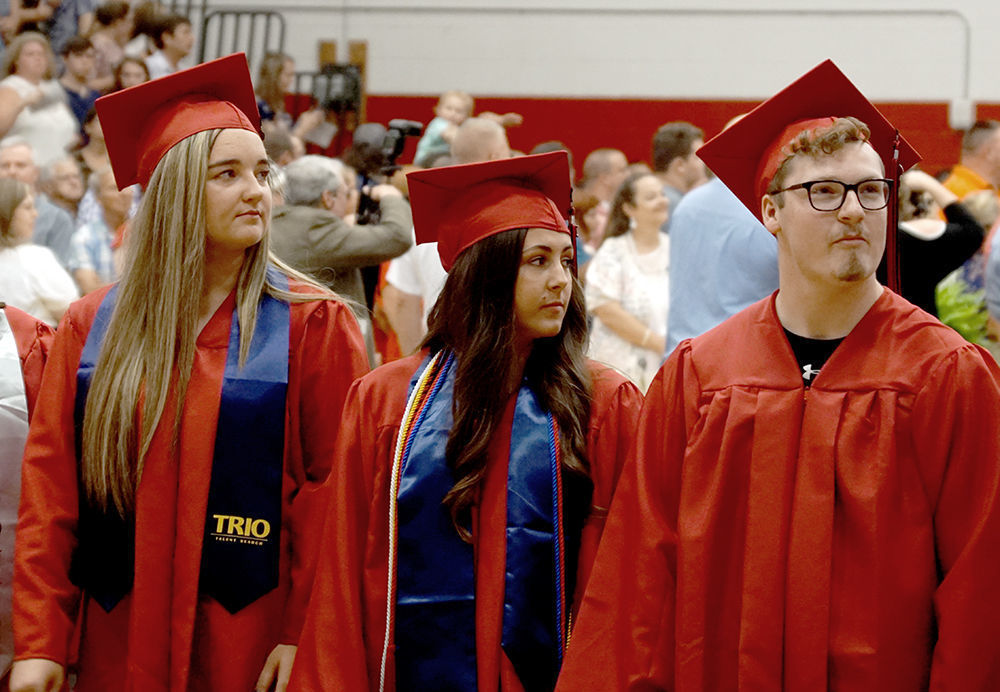 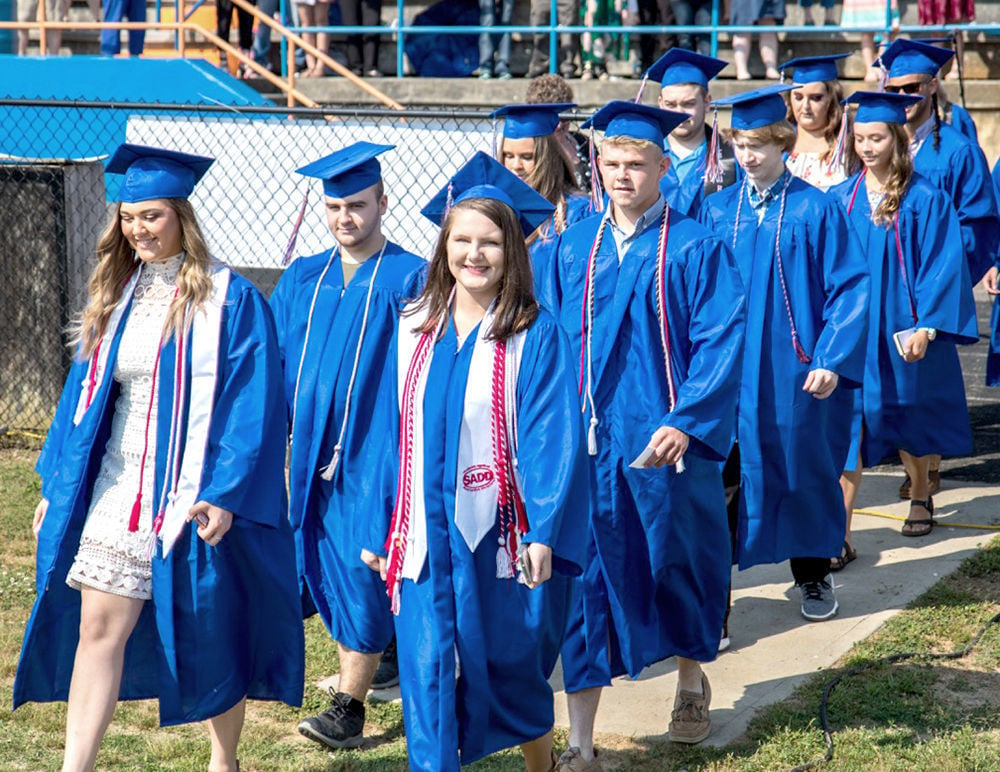 “It may be plan C, but at least it’s graduation,” one parent said in response to Hawkins Co. School’s altered graduation plans.

Director of Schools Matt Hixson recently announced that, after much deliberation from teachers and staff, the system has decided to host in-person graduation ceremonies at all three county high schools while following social distancing requirements.

Seniors will still get to walk across the stage, receive a diploma and pose for photos, but there will be only an audience of the students’ four guests to watch them.

Each graduation will be held on May 21 with a targeted 9 a.m. start time.

However, after receiving community feedback, Hixson told the Review on Thursday morning that these plans may be altered once again.

Graduation plans were a main focus of conversation at the monthly Board of Education meeting, which took place on Thursday evening and after the Review’s press time.

Stay tuned to the next week’s Midweek edition for further updates.

How the plan works

“Graduation ceremony will occur in small groups of students with their guests,” Hixson explained in a letter to parents.

Each student is allowed to bring four guests, and both the students and his or her guests must arrive at the ceremony in a single vehicle.

Each student will be assigned a specific time to arrive on campus, and groups of students and their guests will then be staged in the parking lot inside their vehicles.

Groups will proceed to the building at their assigned time and enter the gymnasium. Students and their guests will line up along the home side of the gymnasium on spots marked with adequate distance between to maintain social distancing.

Students and guests will then proceed toward the stage one at a time while maintaining social distancing between groups. Guests will break off from students and stand at a marked location in front of center stage directly prior to their student walking onto the stage.

With their guests directly in front of the stage for picture opportunities, the graduate will then proceed across the stage.

Thus, only the graduate, his or her four guests, the Master of Ceremonies and the school’s principal will be in the gym at one time.

After walking the stage, the guests will exit the building while the graduates pick up any final materials from a designated classroom. Next, the graduates and guests will enter their vehicle and exit campus along with their assigned group.

Hixson told the Review in the following statement that the school system had two things in mind when deciding on the final graduation plans: safety and celebration.

“Safety: we are still under large group restrictions of no more than 10 people at a time in one location. If our event is deemed “essential” all attendees would need to be at least six feet apart, this something we cannot accommodate or enforce. Even if our county/region progresses to phase two or three of the economic reopening, each requiring progress on a number of fronts over a period of at least four weeks, we would still be under restrictions for, at most, no more than 100 people in any one event (phase three).

Celebration: the seniors spoken to by school admin largely wanted a celebration done sooner rather than later and something that involved all seniors. Some of our seniors have been with Hawkins for 13 years! We want as many there as possible. The longer we wait to celebrate our seniors, the more chance we have of not having all seniors in attendance. Each will have access to the edited video at the end, which will capture all graduates. The ceremony will also be streamed for those who cannot attend.”

Feedback has been “largely positive”

Hixson told the Review that the feedback on the plan has been largely positive.

“We have received two emails in opposition and many emails and messages in support,” he said. “The seniors themselves largely wanted something done now rather than risk waiting and seeing less grads able to attend later in the summer. We are also very unsure that any restrictions on large group gatherings will lessen over time. It is a risk we weighed and decided against.”

“The feedback from parents and students has greatly varied from person to person,” said CHS class president and student Board of Education representative Cooper Bolton. “With any change of routine, people are upset with certain details of the ceremony. However, I’ve seen a mass number of students post about their grateful attitudes. I believe most people understand that unprecedented times call for unconventional adaptations. We are learning to adjust and make the absolute best out of everything.”

Though he noted that this “isn’t at all what [he] envisioned his graduation would look like,” Bolton told the Review that he, personally, is trying to keep a positive outlook on the situation.

One group fights back

One group of students, however, much prefers the idea of postponing graduation until late summer with the hope of having a “normal” ceremony.

VHS Senior Hope Bachman worked together with other VHS student as well as those from CHS to form a petition and letter asking Hixson to postpone graduation for that reason.

Bachman got nearly 100 petition signatures from students all around the county.

“We’re looking at other schools in our area—Kingsport City and Sullivan County for example—who have postponed graduation so that they can have an in-person one,” Bachman told the Review. “But, with the circumstance right now, we don’t know if that (a ‘normal’ ceremony) would even be an option at that point. That’s why I think the plan that Mr. Hixson came up with should be a ‘worst-case-scenario’ that we should go for should we reach summer and still be unable to hold a regular ceremony then.”

Bachman told the Review that she was not aware of any seniors who were directly consulted during the decision-making process. She was also displeased with the four-guest limit, as she has a large family and would like for them to see her walk across the stage.

She was also concerned with the ceremony taking place on May 21, which is a Thursday. Before the COVID-19 crisis, graduation was planned for Saturday, May 23.

“For students who are still working right now, that is not enough time at all for them to request off of work,” Bachman said. “Most of them already have their schedules in advance. This is the same for parents who are working.”

Bachman turned in her letter and petition to Hixson on Wednesday morning and told the Review that she was “very happy with the response” she received.

“He (Hixson) is a very nice guy, and you could tell that he had concerns and that he really paid attention to all of the points that were made,” she said. “It was very encouraging to see his email as well as the reply I got from my Principal, Bobby Wines.”

When the Review spoke with Bachman on Wednesday, she was planning to bring her concerns before the board on Thursday evening’s meeting.

Stay tuned to next week’s Midweek edition for further updates.