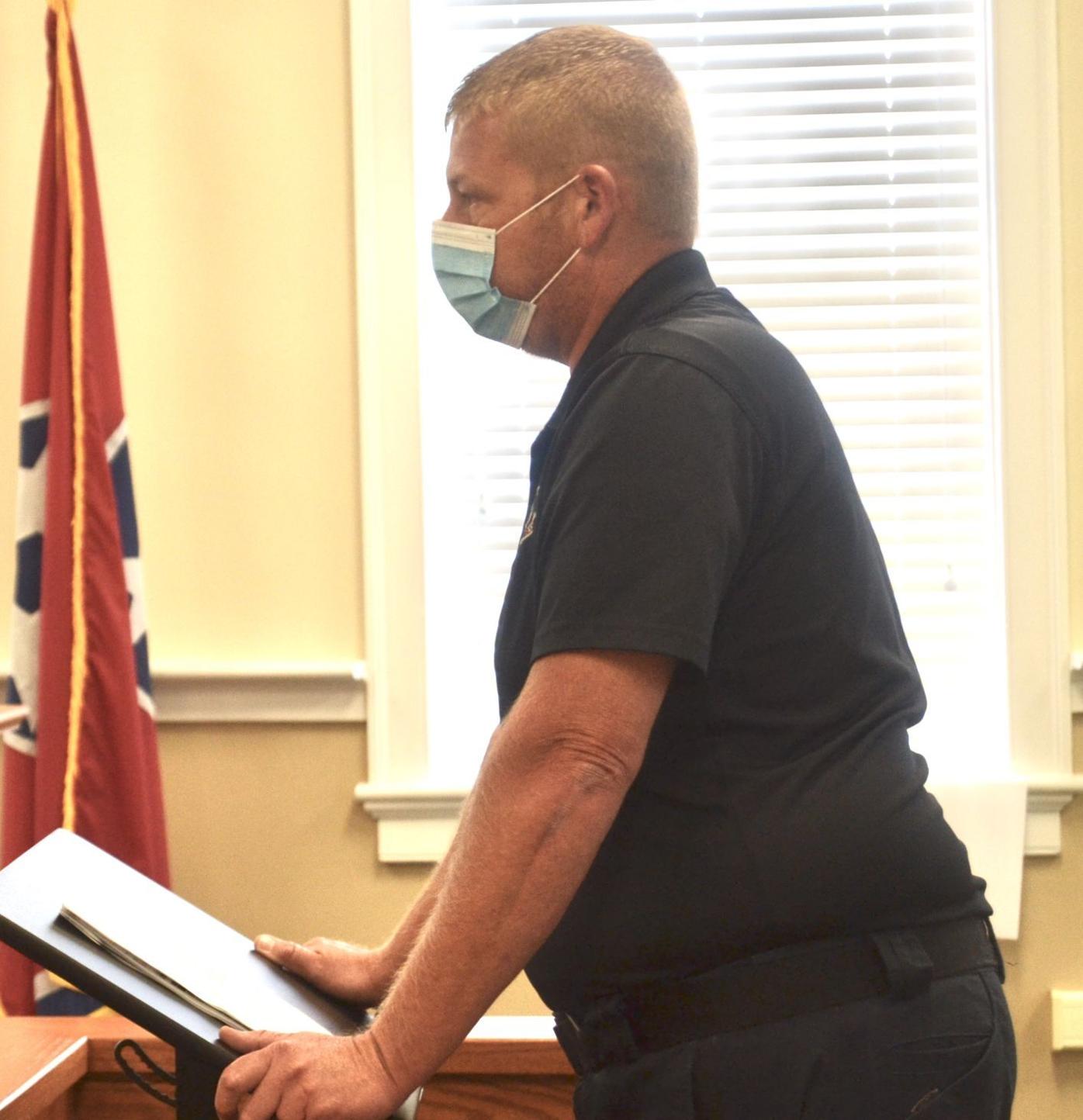 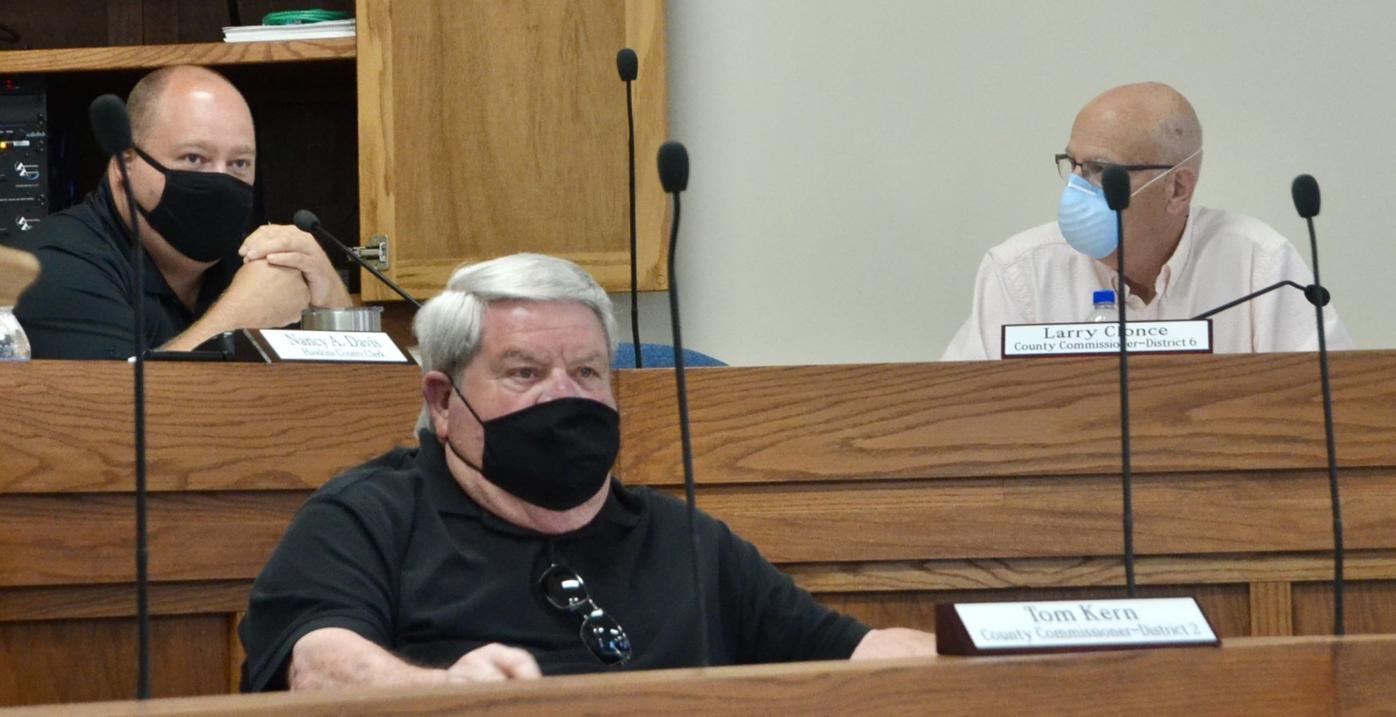 Due to the recent rise in local COVID-19 cases, Ballad Health announced in an internal memo last Wednesday (July 15) that they have implemented a temporary pause on all overnight admissions and elective procedures at both Hawkins County Memorial Hospital and Hancock County Hospital.

Lindy White, who is President of the Northwest Market for Ballad Health, told the Review that this is part of the “trigger surge plan” that is being implemented due to the recent increase in the number of local COVID-19 cases.

She also was very clear to note that neither Hawkins or Hancock hospitals are closing.

The emergency rooms at both hospitals will remain open, and there will be no change to the out-patient services offered on the premise of those hospitals.

“I feel like, even during this pandemic, that’s sad and unfortunate for this county,” EMA Director Jamie Miller told the Public Safety Committee last Wednesday. “That hospital has been in operation since 1962.”

A full article on the details of this temporary pause will be linked to the online version of this article.

EMS Director Jason Murrell told the Public Safety Committee on Wednesday, however, that this will affect his department, as the number of transfers from Hancock and Hawkins hospitals will increase.

As a result, he asked the committee to urgently consider financially supporting his department.

“It’s time for this county to support its public safety—it’s well past the time, period,” he said.

“The concern from commissioners has been that Hawkins EMS has only one unit available in the county at times,” Murrell told the Committee. “This concern will be more frequent, and the chances of having no ambulances available will increase with the changes that are being implemented.”

In fact, he estimated an increase in call volume of around 193 transports per month, based on previous year and year-to-date data.

“This means that ambulances will be out of service during transport to out-of-county hospitals more frequently and for longer times,” he said.

Murrell told the committee that the average time an ambulance is out of service during an out-of-county transport is one hour and 45 minutes. The department’s average turnaround time was 27 minutes for the past three months.

He explained the turnaround time as, “how long it takes once we arrive at a facility until that unit clears the facility or, in other words, is back in service.”

He also noted that Hawkins EMS conducted roughly 1,695 transports into Hawkins Co. between April 1 and June 30. Around half of these were either admitted or transferred into another facility.

“My concern is that we do experience extended wait times already,” he added. “These wait times are greater than 30 minutes 35% of the time that we transport to a facility. This (Ballad changes) will cause the average out-of-service time to increase drastically.”

He added that the department has estimated that an additional four units will be needed to cover the increase in call volume and extended out-of-service time created by extended wait-times at facilities.

One additional ambulance, staffed with a paramedic 24-hours per day, would cost $398,900 in salaries and around $250,000 for the new ambulance itself.

“Hawkins Co. EMS cannot afford to undertake this additional expense without the revenue being there to justify additional units,” Murrell added. “The need for these additional units is justified by the time [Ballad’s new policies] place an ambulance out of service.”

He then asked the committee to consider funding these additional four units.

“If this funding is not fulfilled, the safety of the citizens and EMS employees will all be put in jeopardy,” he said.

No backup plan in place

EMA Director Jamie Miller noted that, in the past, the committee had been told that EMS services from other towns would come into Hawkins County to fulfill EMS services in the event that Hawkins Co. EMS was unable to do so.

However, Miller said that this information is incorrect.

“There is no plan in place for that,” he said. “This committee has been told in the past that there would be agreements with other places (for EMS service), but other places are taxed just the same as we are. When Jason (Murrell) gets in trouble and has to call for help, there is less likelihood of someone being able to respond due to this same situation in other counties.”

Murrell agreed with this statement, noting that he has already been contacted by other counties who are also feeling the effects of COVID-19 and Ballad re-structuring changes.

“I was contacted by Morristown-Hamblen EMS this morning concerning the admitting floor closure (at Hawkins Memorial),” he said. “Their concern is that we’re going to be transporting more patients to their facility, which is already at max capacity. This will result in them having additional out-of-county transfers as well.”

He added, “Something is going to have to be done. I receive phone calls on a daily basis from people saying, ‘you were down to one ambulance.’ I know, but, if the county is wanting more and the revenue isn’t there to justify it, the revenue is going to have to come from somewhere else. It’s time for this county to support its public safety—it’s well past the time, period.”

Everybody wants something; no one wants to pay

When asked to weigh in on how Murrell’s request fits in with the current county budget, Budget Committee Chairman John Metz said, “The bottom line is, there’s a laundry list of things that everybody wants, but nobody wants to pay for it.”

He told the committee that EMS funding is a “paramount issue,” and that, when he was chair of the Public Safety committee, he put many hours into a funding plan to fix the problem.

“But, when it came down to it, nobody wanted to fund it,” he said. “It WILL require a property tax increase—no ifs, ands or buts.”

He also noted that the county could have applied some of the $1.1 million from Gov. Bill Lee’s promised one-time COVID-19 emergency Local Support Grant (LSG) funding towards this project or the failing emergency communication system. However, the Commission voted last month to apply around $500,000 of that towards the project to extend public water to residents with contaminated wells near the Carters Valley Landfill.

In the end, the committee took no action regarding Murrell’s request.

“Ballad has put Mayors in a complicated situation”

“Ballad Health has put East Tennessee Mayors in a very complicated and controversial situation,” he said. “We had a wonderful hospital in Hawkins County with a great staff and best care you could get. We have lost a level 1 trauma center within an hour of the majority of the county, we have lost a helicopter in our fleet of available aircraft, and now we have lost the ability for patients to be hospitalized locally in Hawkins and Hancock County. The reason Ballad Health has trouble with staffing is they cannot retain staff. All this means is more work for our EMS, which is already struggling to survive.”