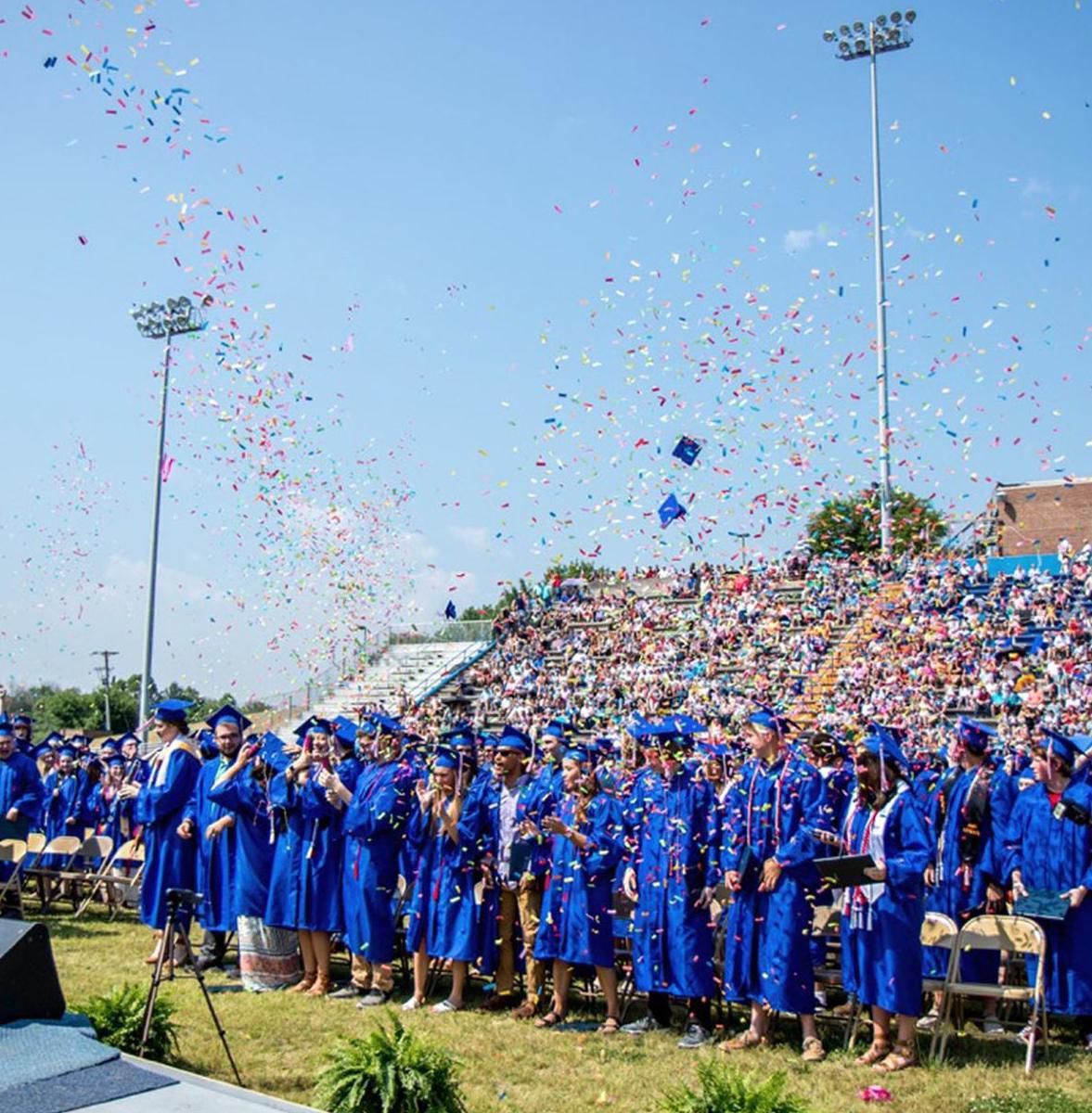 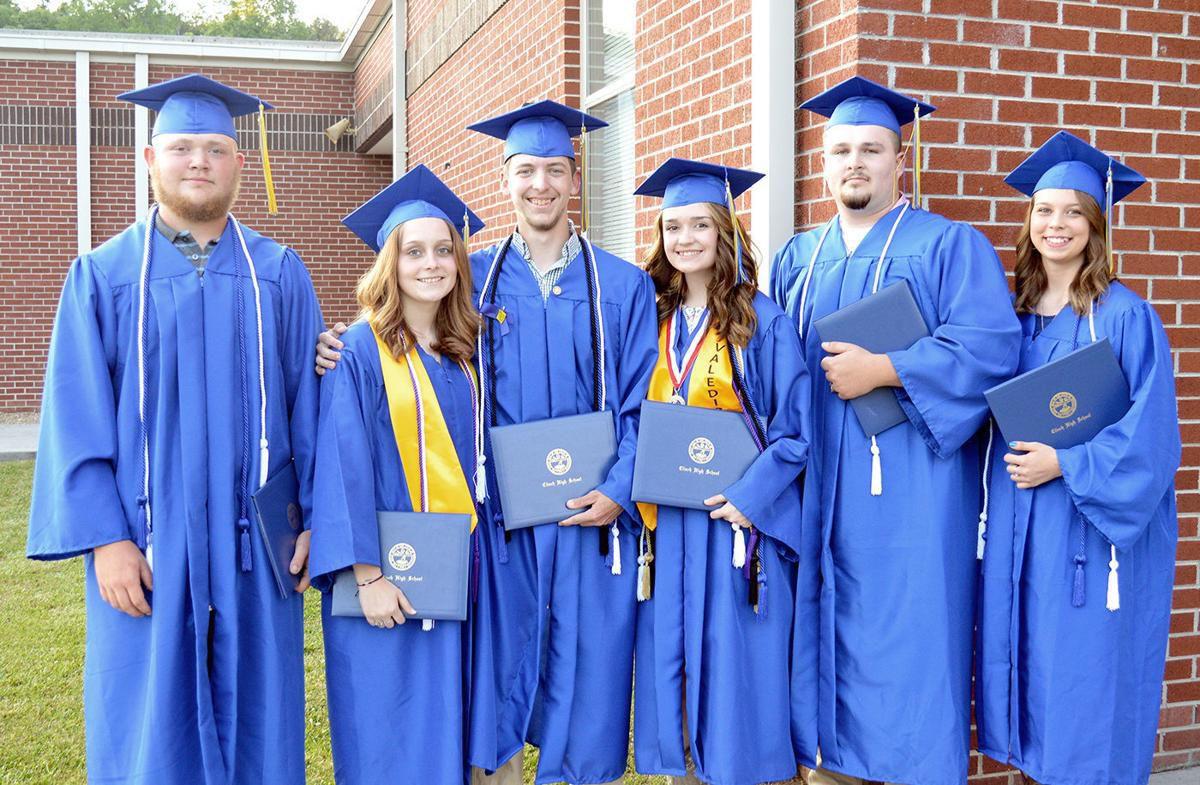 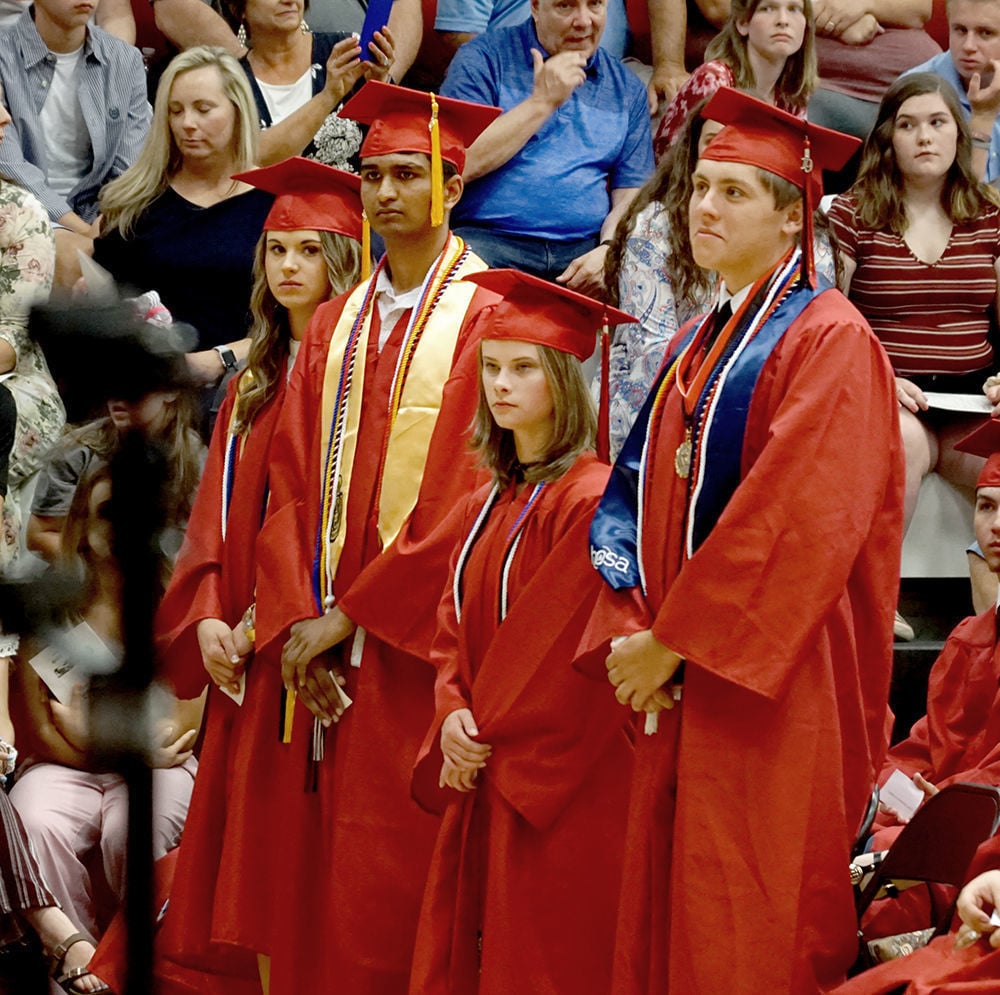 As was the case with the plan released last week, seniors will still have only an audience of their four guests to watch them walk the stage. However, the new plan adjusted the date and time of the ceremonies and will allow each student and his or her four guests to bring up to two vehicles instead of only one.

The original graduation plans scheduled all three ceremonies on Thursday, May 21 with a target start time of 9 a.m.

Under the new plan, Clinch School will still hold its graduation on Thursday, May 21 beginning at 6 p.m. and will graduate 11 students.

Cherokee High School will hold its graduation on Saturday, May 23 beginning at 8:30 a.m. and will graduate approximately 200 students.

Volunteer High School will hold its graduation on Saturday, May 30 beginning at 8:30 a.m. and graduate approximately 280 students.

“At each site, students and their guests will arrive on campus at a designated time,” Hixson said. “Students may have up to four guests accompany them and may have up to two vehicles on campus. If two vehicles are necessary, please plan to arrive on campus at the same time. The students will each have the opportunity to walk across the stage, hear their name and receive their diploma.”

A videographer and photographer will be on site at all three ceremonies. In addition to photos of each graduate, the complete ceremony will be edited and available for download at a later date.

There will also be messages from the top achieving students and a message from the principals. Those speeches will appear on the edited video each student receives.

After receiving mixed feedback from the previously released graduation plan, Hixson met with the three student board representatives on Monday evening to gather further input.

These students include Tyler Lawson of VHS, Cooper Bolton of CHS and Hannah Lamb from Clinch.

“I would like to thank our student body representatives for gathering feedback and working with our secondary education team to finalize a plan that will allow us to safely recognize the achievements of each student before they enter the next phase in their life,” Hixson said. “I look forward to personally congratulating each of you on your achievements as you cross the stage.”

Hixson said he expects the graduations at the two main high schools last most of the day, which is why graduates will be asked to arrive at a specific, scheduled time.

Individual schools will soon be releasing additional guidance concerning staging time and location to graduating seniors and their families.

“With staff and the deputies who will be assisting us, we’re looking at an eight-hour day,” Hixson said in published reports. “I think we are looking at going alphabetical. Each graduate will receive a specific time on a placard that they put in their car telling them when to arrive on campus and when to stage. Each group will have a staging time, and then we’ll start bringing the groups in as we can and staging them in the gym.”

“I feel administration tried their best to get near 100% of the senior class to graduate,” Bolton said of the decision. “The longer they would’ve waited for a graduation, the fewer seniors would still be home for graduation. Many students voiced concerned over the day of the week the ceremony was to be held on, but that issue was taken care of. A lot of other students didn’t agree with the fact that each family had to ride in one car, and that issue was taken care of too. The biggest issue, frankly, was impossible to handle within the guidelines- the number of guests. Given the guidelines from various agencies, the number of guests had to stay small.”

Several other seniors, however, were less than pleased with the decision.

After last week’s graduation plan was released, VHS senior Hope Bachman worked together with other student from all around the county to form a petition and letter asking Hixson to postpone graduation until summer in hopes of having a “normal” ceremony.

She was also displeased with the four-guest limit—as she has a large family and would like for them to see her walk across the stage—and the original date of the ceremony, which was scheduled for a Thursday.

Though the date was changed to a Saturday, it was not postponed, as Hixson explained that “One of the first things [the board representatives] stated was they wanted to have it sooner rather than later because some of their classmates are entering the military as early as June. It’s possible that some of these restrictions would be lifted if we waited until July, but they didn’t want to take a chance that some of their classmates had already left and would be able to participate.”

“They obviously didn’t listen to any of us,” Bachman told the Review. “We feel as if we’ve been robbed. Especially because we are looking at schools around us who are having their traditional graduation. We don’t understand why we don’t deserve our normal ceremony. We all want to tell our friends and teachers one last goodbye.”

Because of this, Bachman told the Review that she likely will not attend the ceremony.

“There are between 30 and 50 of us who won’t be attending, and we all have a group chat talking about our plans,” she said. “We have gone through enough. Our senior year has been ripped away from us. Now, we’ve had to fight to get an actual graduation, and they still didn’t give it to us. We would just rather not have one at all, I think.”

“I feel like that, if I can walk across the stage and my family be there to see me, I’ll be fine with it,” Lawson told the Review after the first plan was announced. “I would like to have a normal graduation where all of my friends and family can attend. But, if it comes down to it, I believe that what they have planned is reasonable.”

“Many people will choose to see the negatives of every plan, but I am choosing to be thankful that I am getting a graduation ceremony,” Bolton added. “I am appreciative of the tireless work of our school system’s administration officials.”