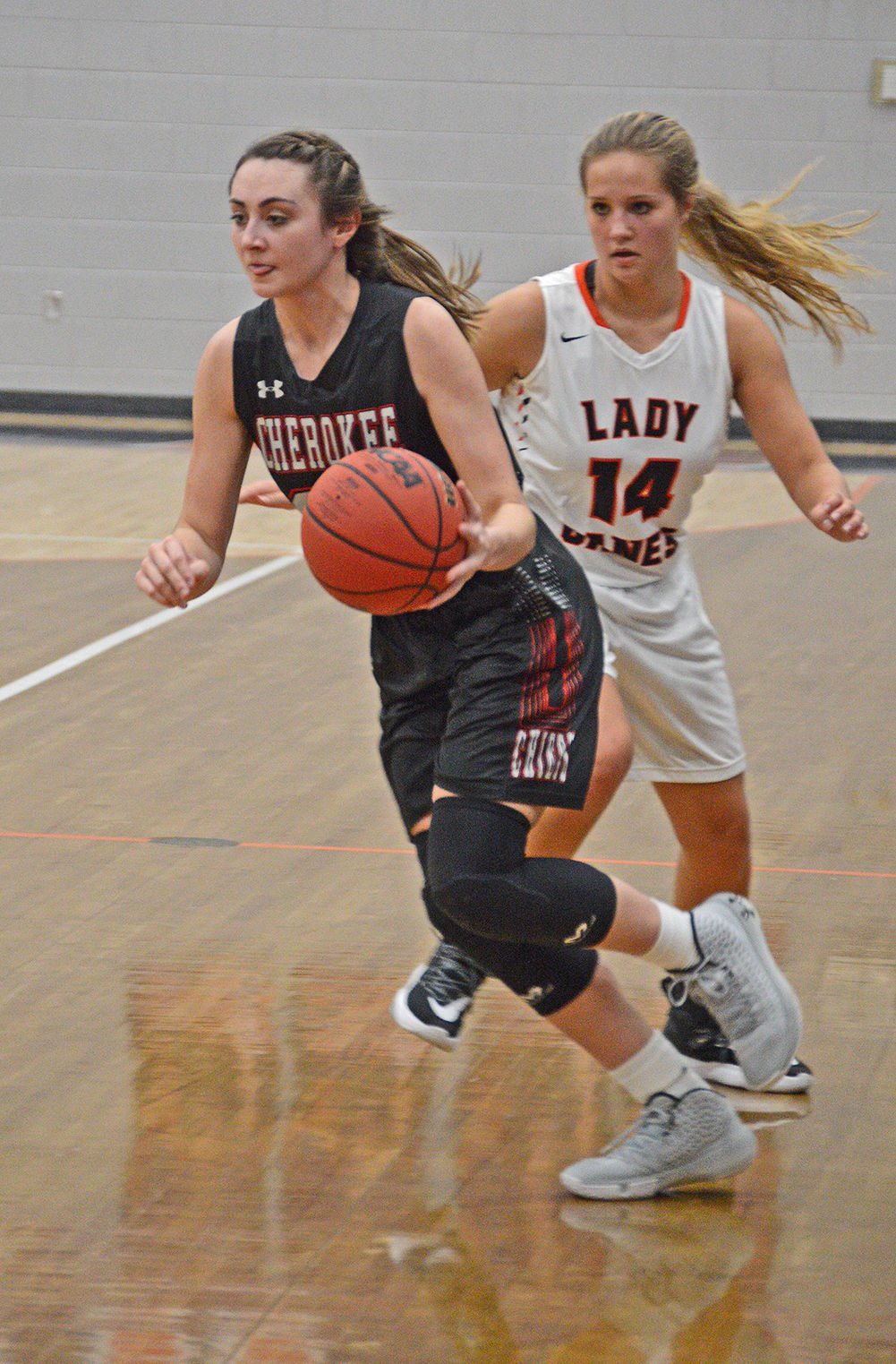 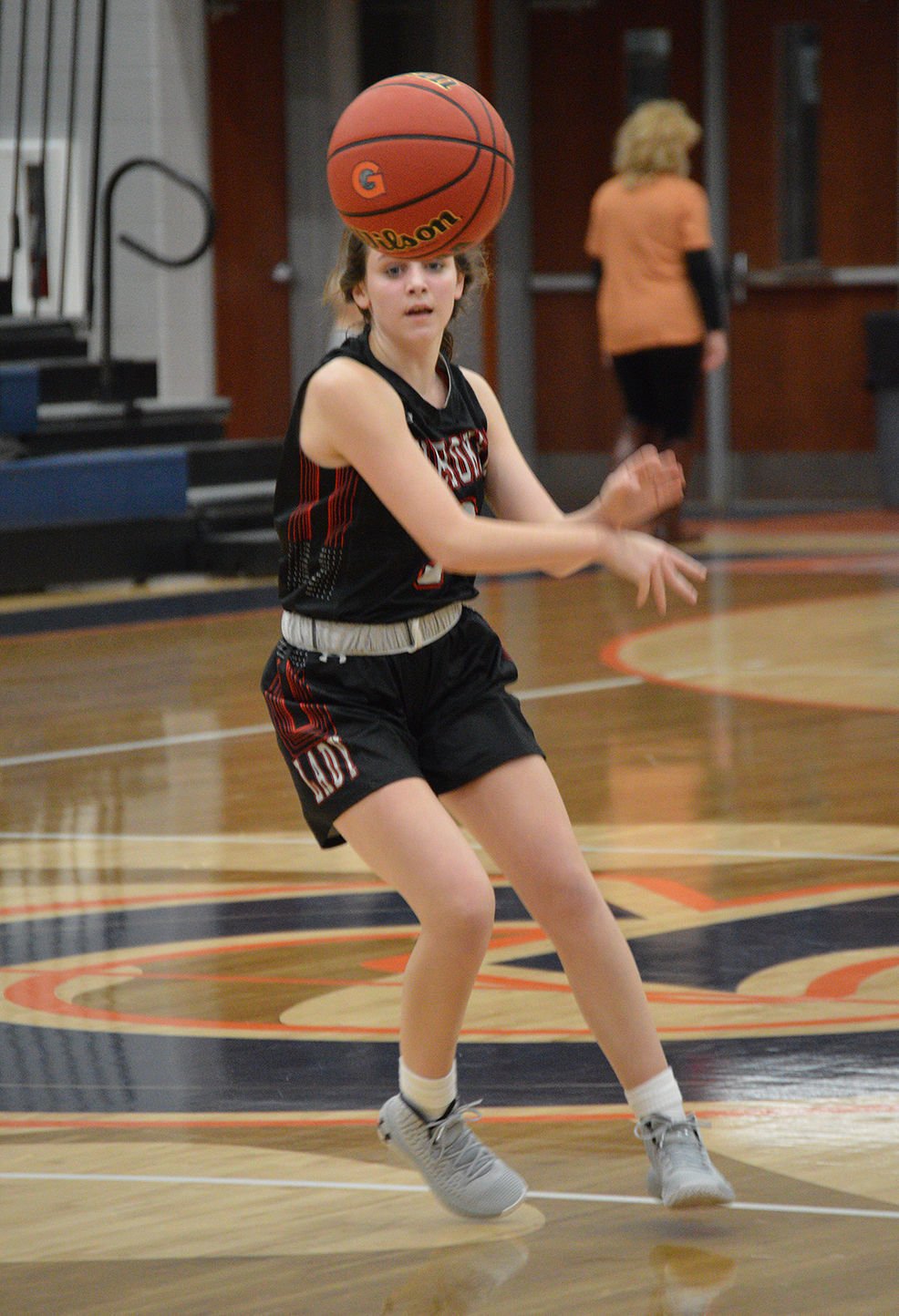 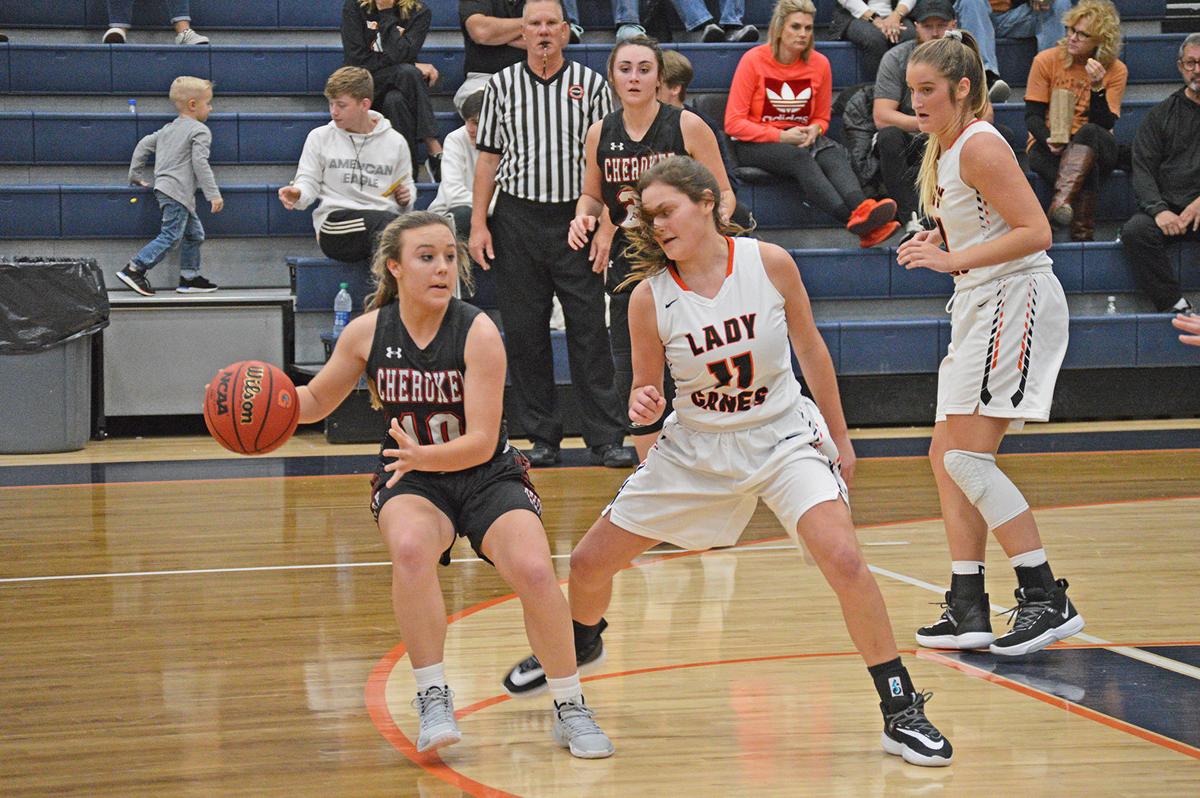 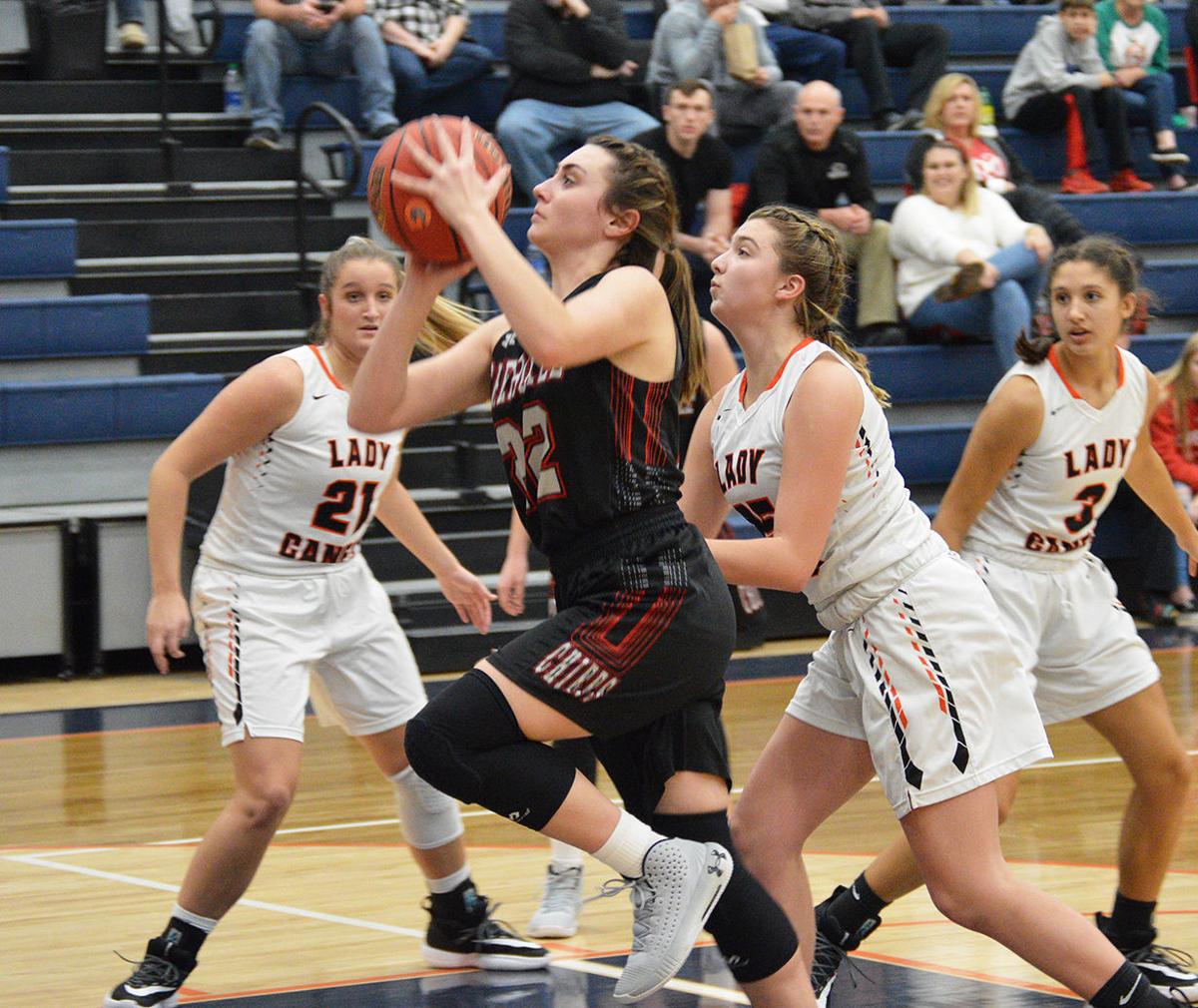 Cherokee’s Destiny Jarnigan goes up for a shot against Morristown East. 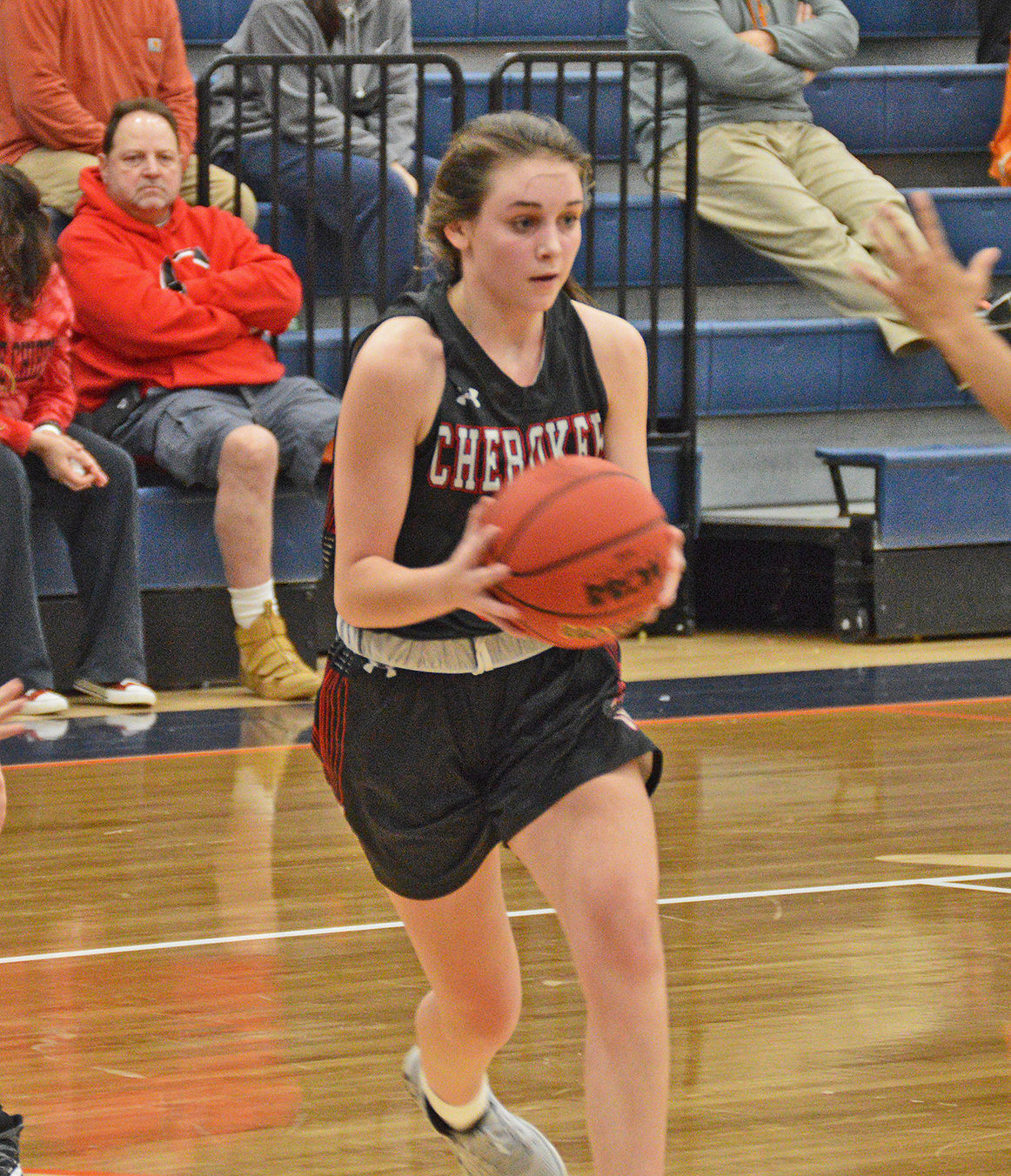 Cherokee’s Destiny Jarnigan goes up for a shot against Morristown East.

The Lady Chiefs fell behind 9-0 to Morristown East in the first quarter en route to a 45-23 loss to the Lady Hurricanes in a sloppy contest on Tuesday.

Cherokee committed 24 turnovers to East’s 17 in the game.

Cherokee fell to Cosby on Wednesday, 54-35. Cosby won the game from the three-point line, hitting 14 of 35 treys, compared to Cherokee’s 3-of-7 beyond the arc.

The Lady Chiefs put up a better fight against Grainger County on Friday before falling to the Lady Grizzlies, 55-44.

Cherokee jumped out to a 22-11, first-quarter lead, only to see Grainger County storm back to outscore the Lady Chiefs 44-22 the rest of the way.

The Lady Chiefs shot 10 of 12 from the free throw line, while Grainger hit just two of seven. Both teams collected 27 rebounds, although Grainger held a 16-4 advantage on the offensive boards.

Cherokee had trouble once again controlling the ball, finishing with 25 turnovers.