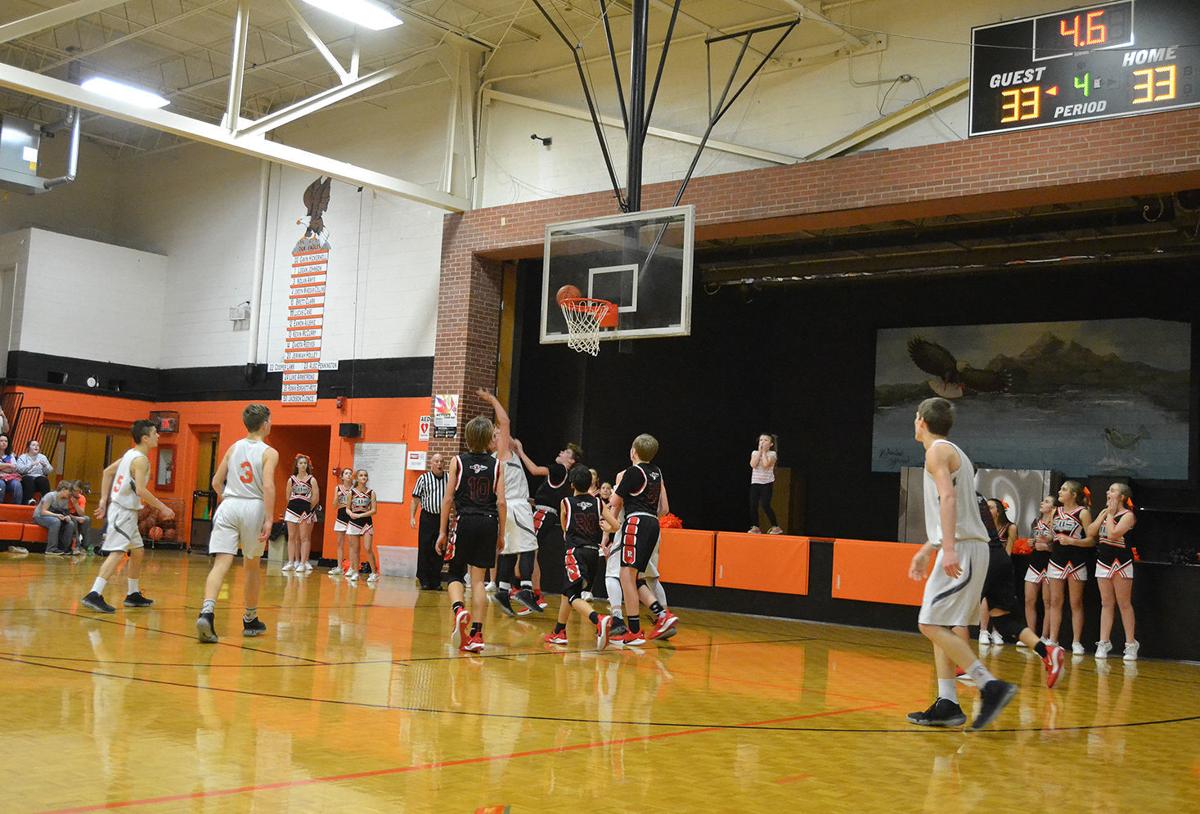 All eyes are on the ball as Jackson Clonce rebounds and shoots in the final seconds of Surgoinsville’s 35-33 win over RCS Tuesday. 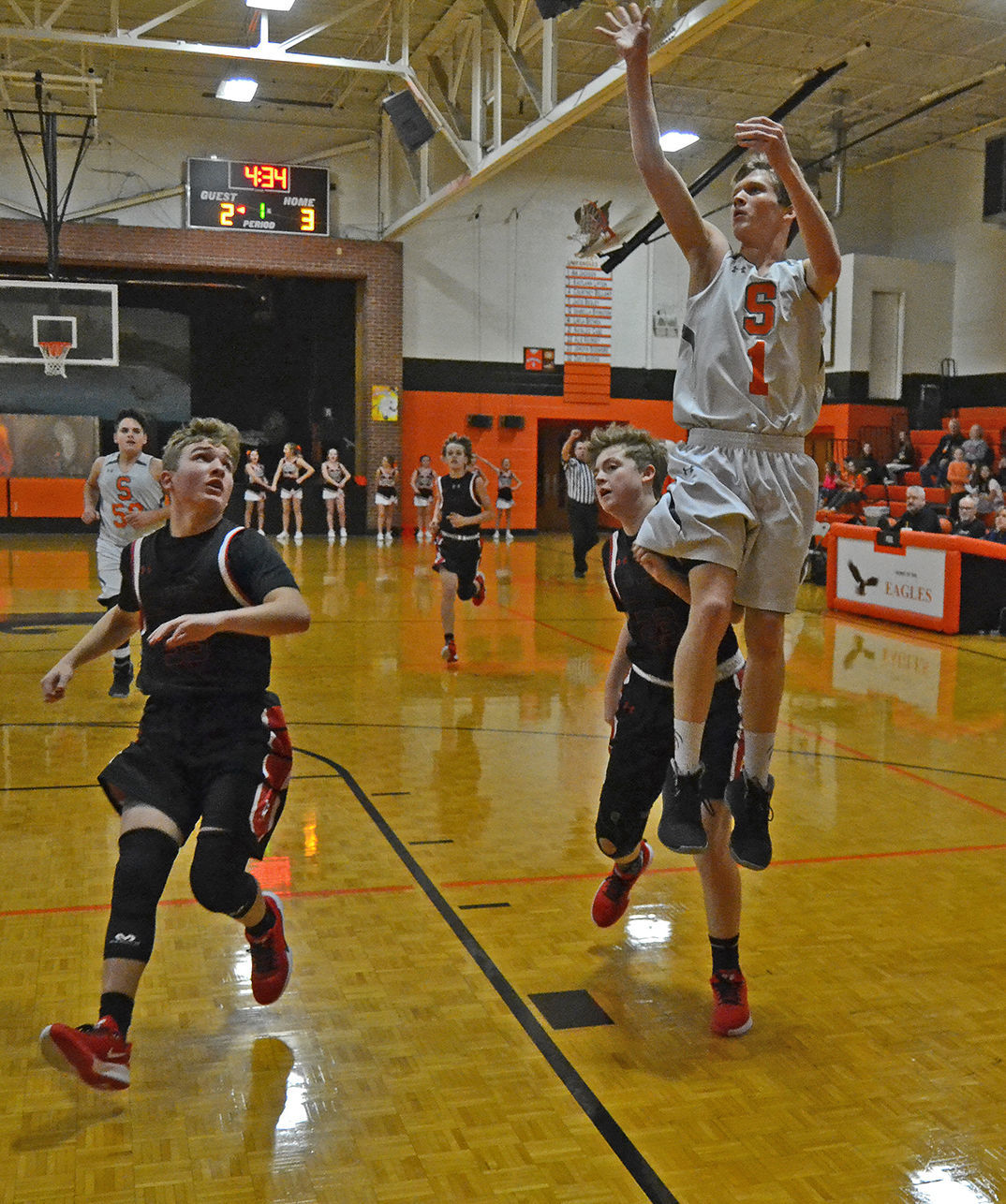 Surgoinsville’s Logan Johnson (1) goes up for a shot. 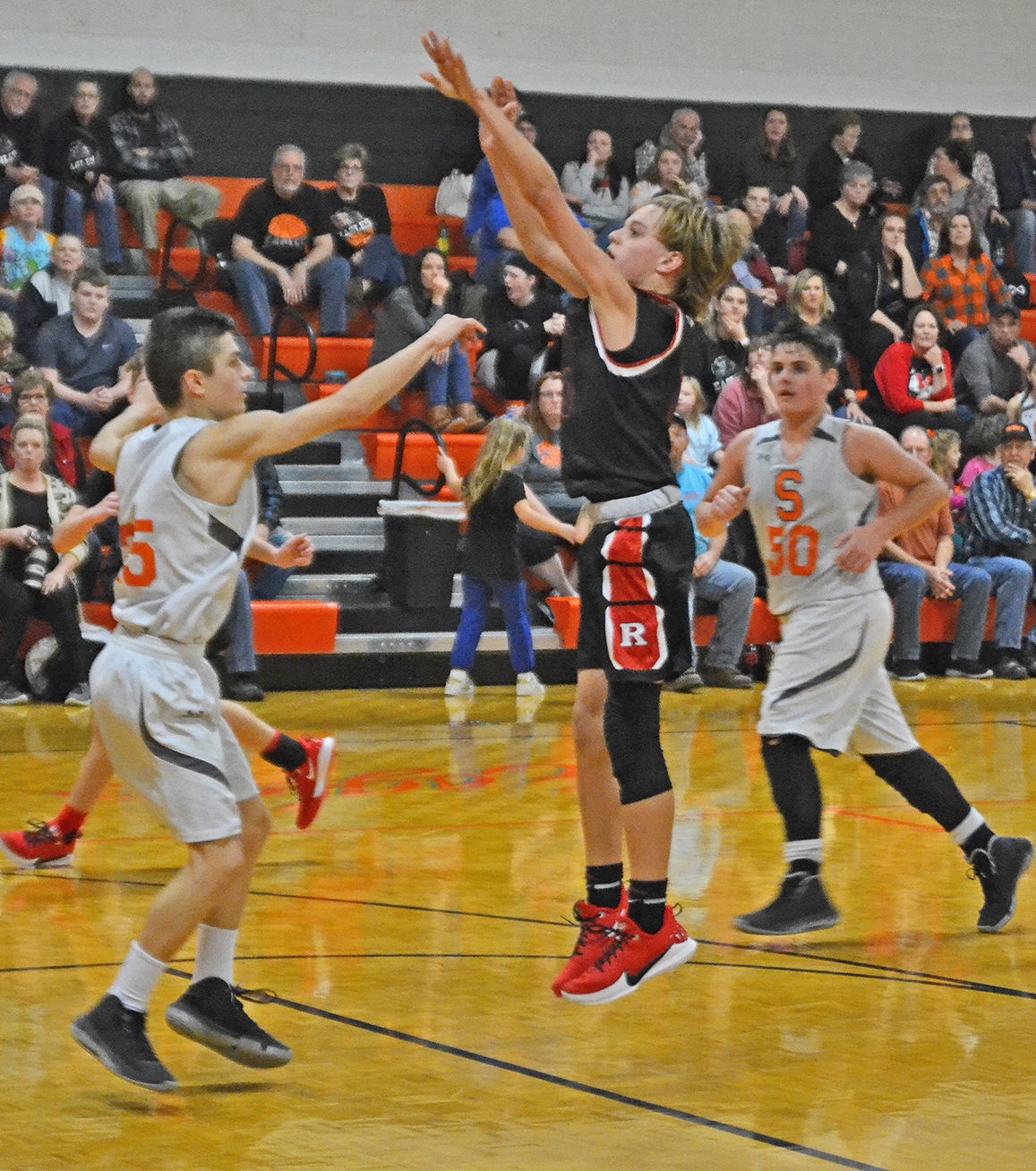 Rogersville City School’s Colten McLain pulls up for a jumper. 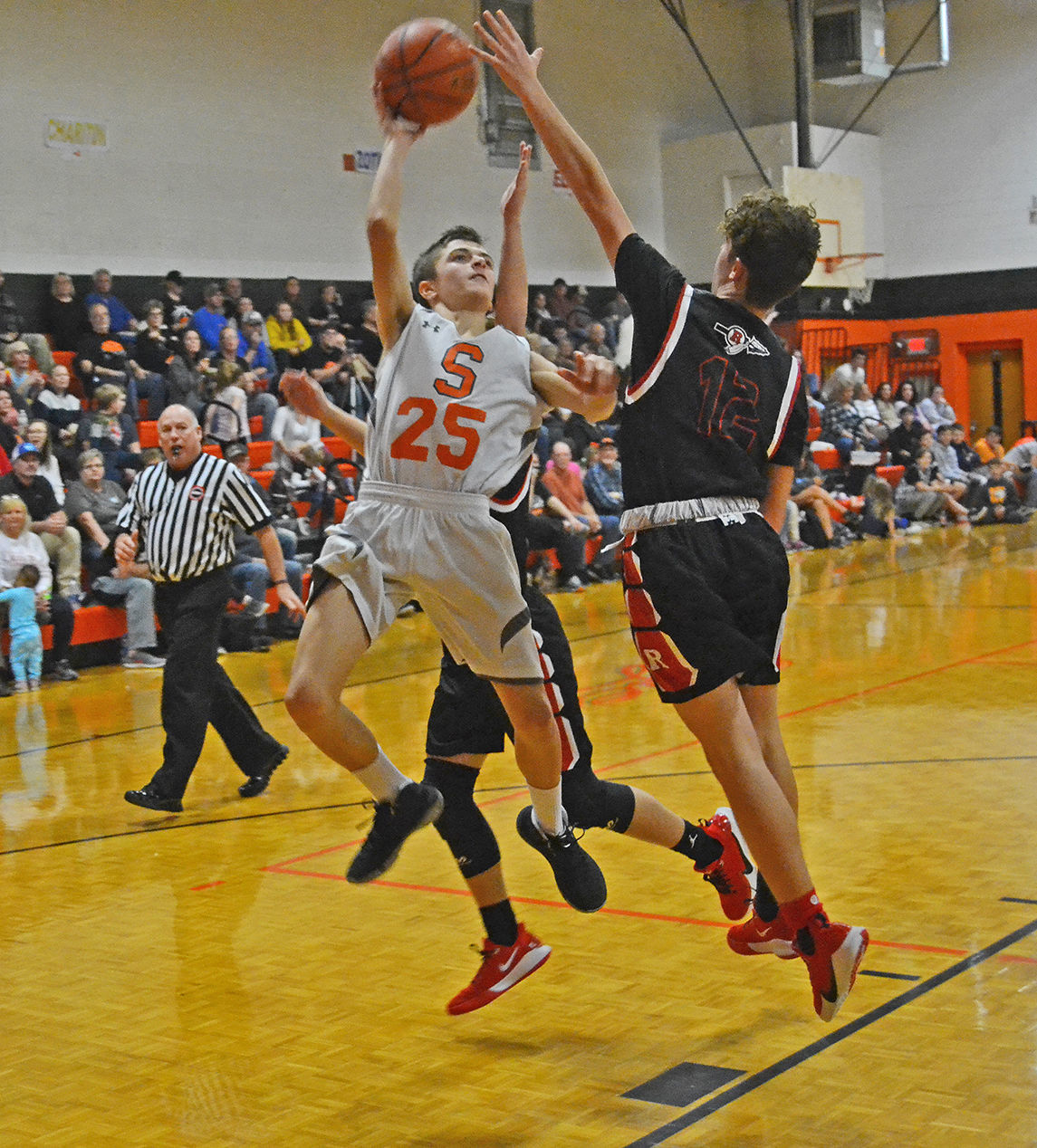 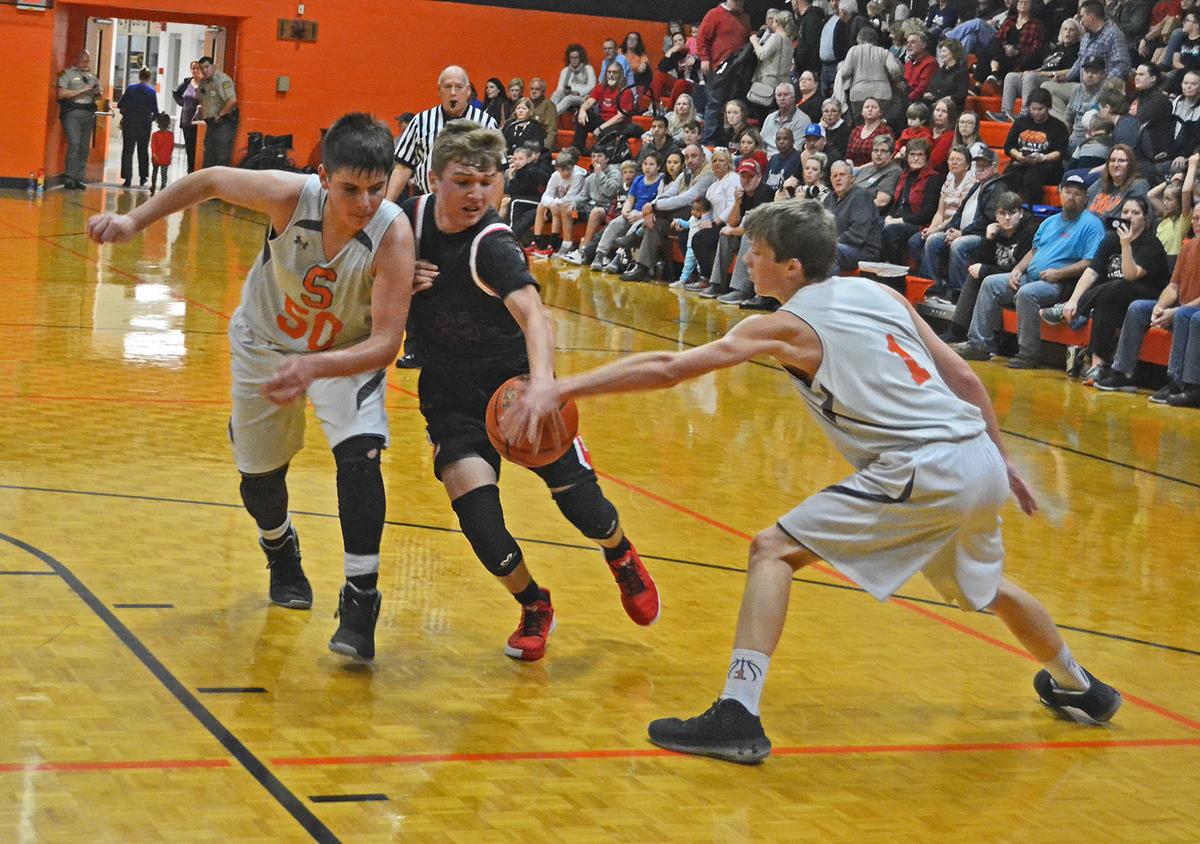 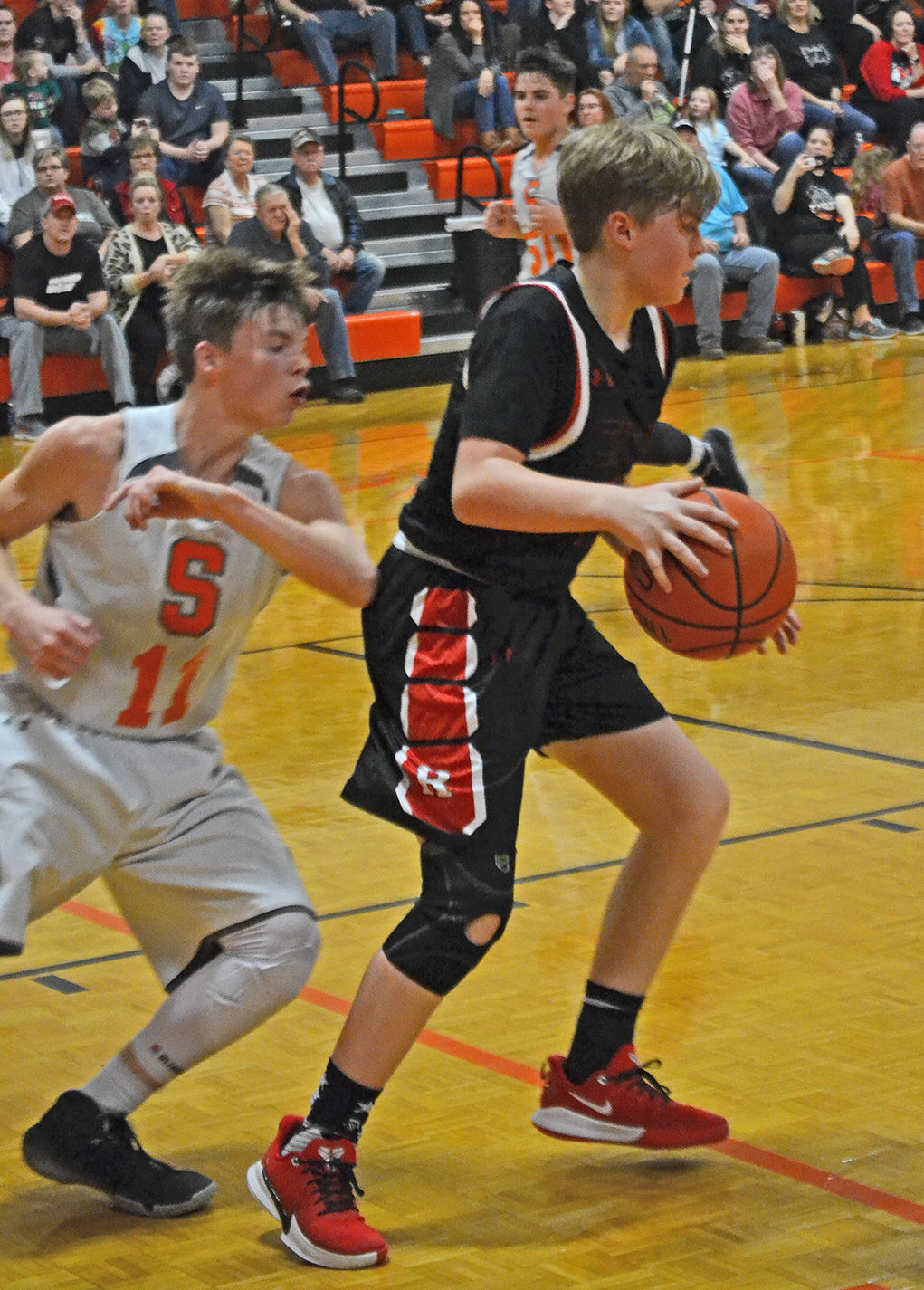 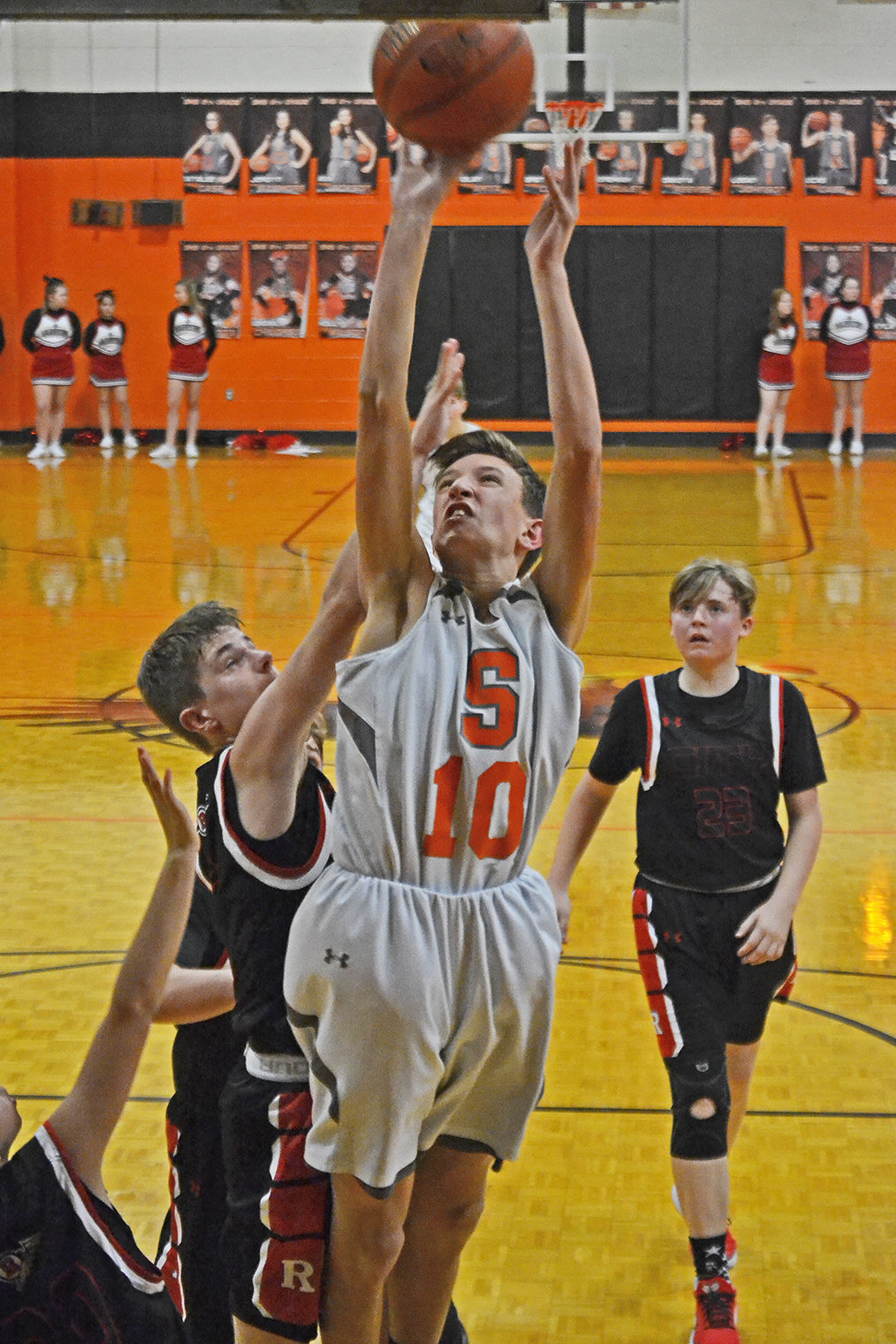 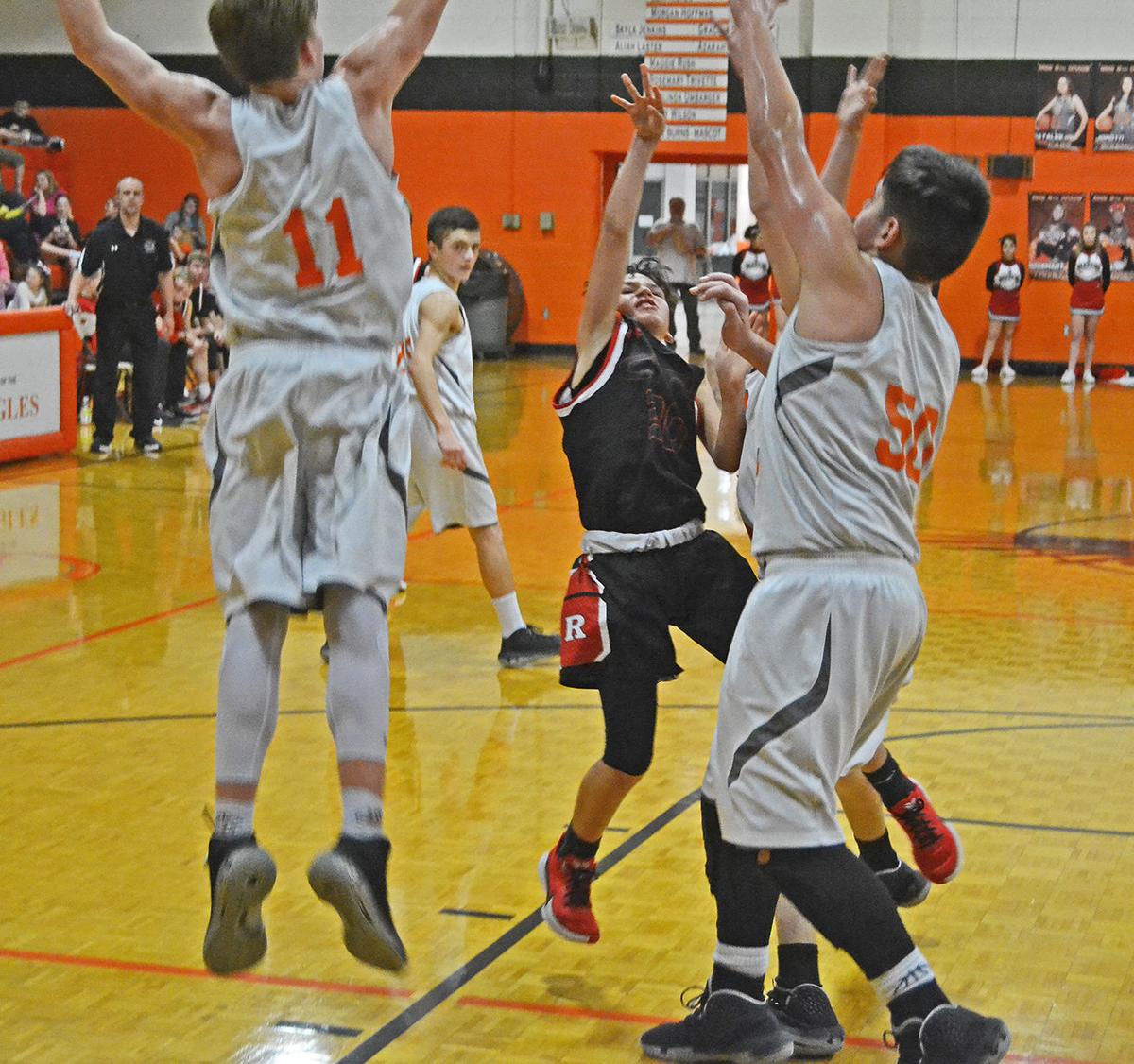 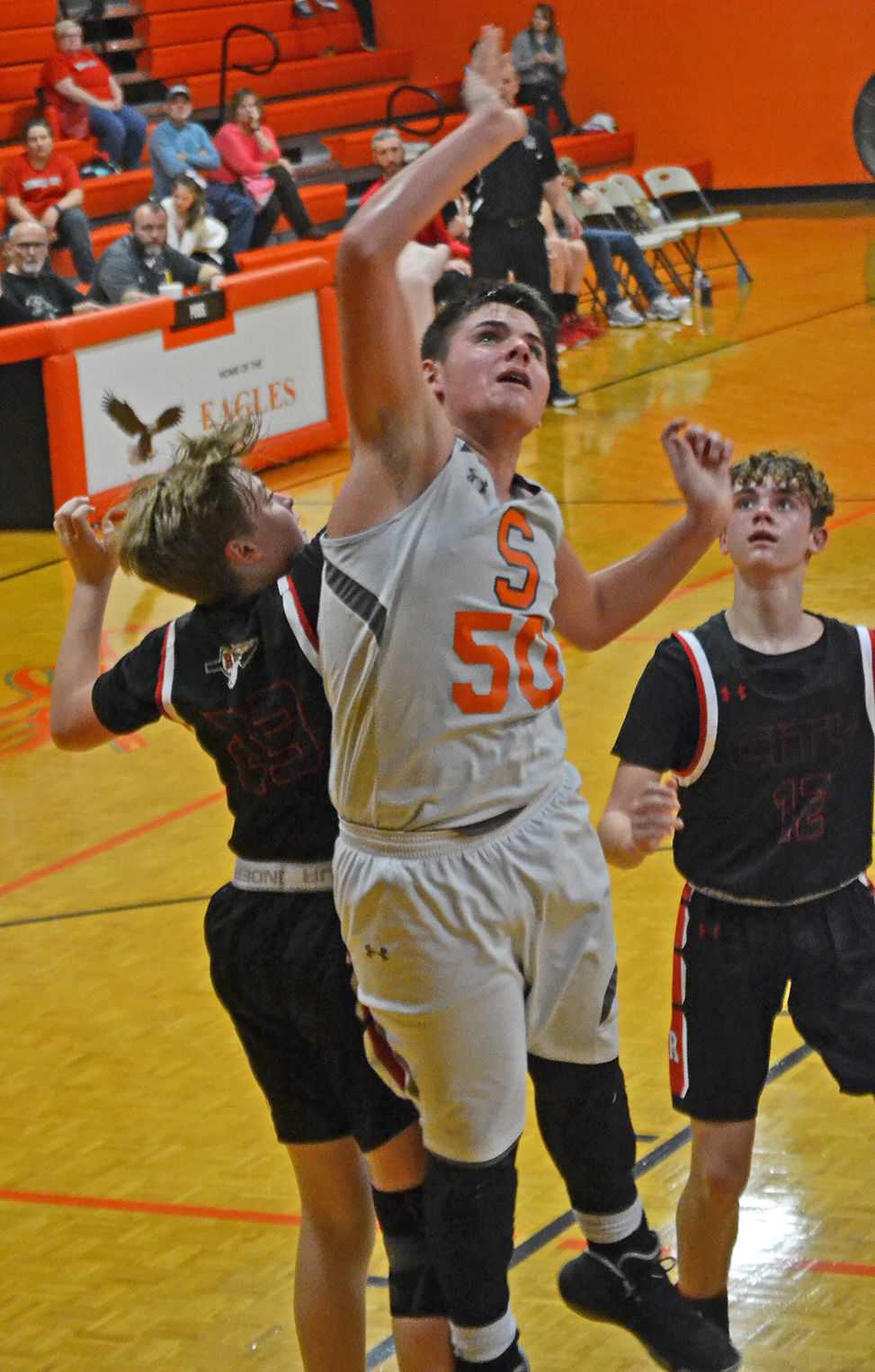 All eyes are on the ball as Jackson Clonce rebounds and shoots in the final seconds of Surgoinsville’s 35-33 win over RCS Tuesday.

Surgoinsville’s Logan Johnson (1) goes up for a shot.

Rogersville City School’s Colten McLain pulls up for a jumper.

SURGOINSVILLE – Jackson Clonce hit a put-back with three seconds left to lift the Eagles to a 35-33 victory over Rogersville City School in a well-played game Tuesday night.

The Eagles took an early 7-4 lead only to see the Warriors roar back on a 9-2 run to take a 13-9 advantage through one quarter of play as Colten McLain scored eight points, including three, coast-to-coast layups.

Surgoinsville built five-point leads twice – 20-15 and 22-17 – only to have the Warriors close the gap. Two free throws by Loften Looney with :04 left in the first half cut the SMS lead to 22-19 at the break.

Free throws by Jayden Ward and a jumper by Caden Lafollette gave RCS a 23-22 lead with 2:39 in the third.

Both teams played tough defense throughout, as baskets were earned and passing lanes contested.

Clonce gave a preview of coming attractions with a put-back with :03 left in the third quarter to send SMS into the fourth with a 24-23 lead.

A put-back by Amyx started the fourth-quarter scoring and extended the Eagles’ lead to three, 26-23.

McLain answered with a drive to trim it to 26-25. One minute later, Johnson drove for a basket to put SMS back up three, 28-25.

Amyx then answered with a three-pointer from the right wing to tie the game at 31-31 with 1:17 left.

After the Eagles defense stopped RCS, their offense worked the ball around until Clonce rebounded the ball and put up a shot in the final three seconds.

Time ran out before the Warriors could call time-out and the Eagles had avenged a 39-37 loss at RCS on Nov. 21.

Johnson, who did not play in the earlier game at RCS, led SMS with 14 points. Amyx added nine.

McLain scored 14 to lead RCS, which was playing without an injured Zayden Hayes. Keaton Lawson added seven points for the Warriors.