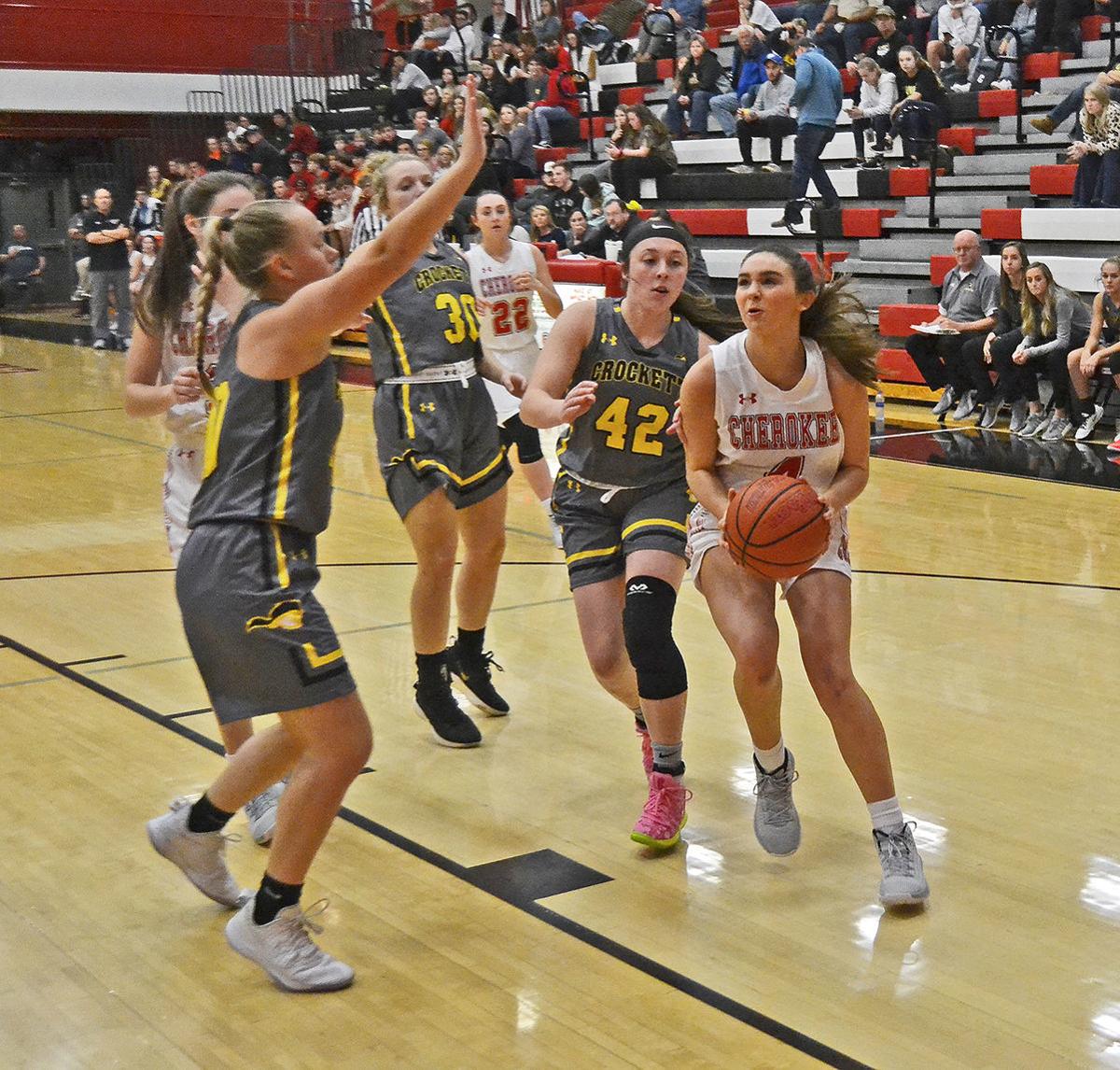 Cherokee’s Lydia Alvis (4) takes the ball to the basket. 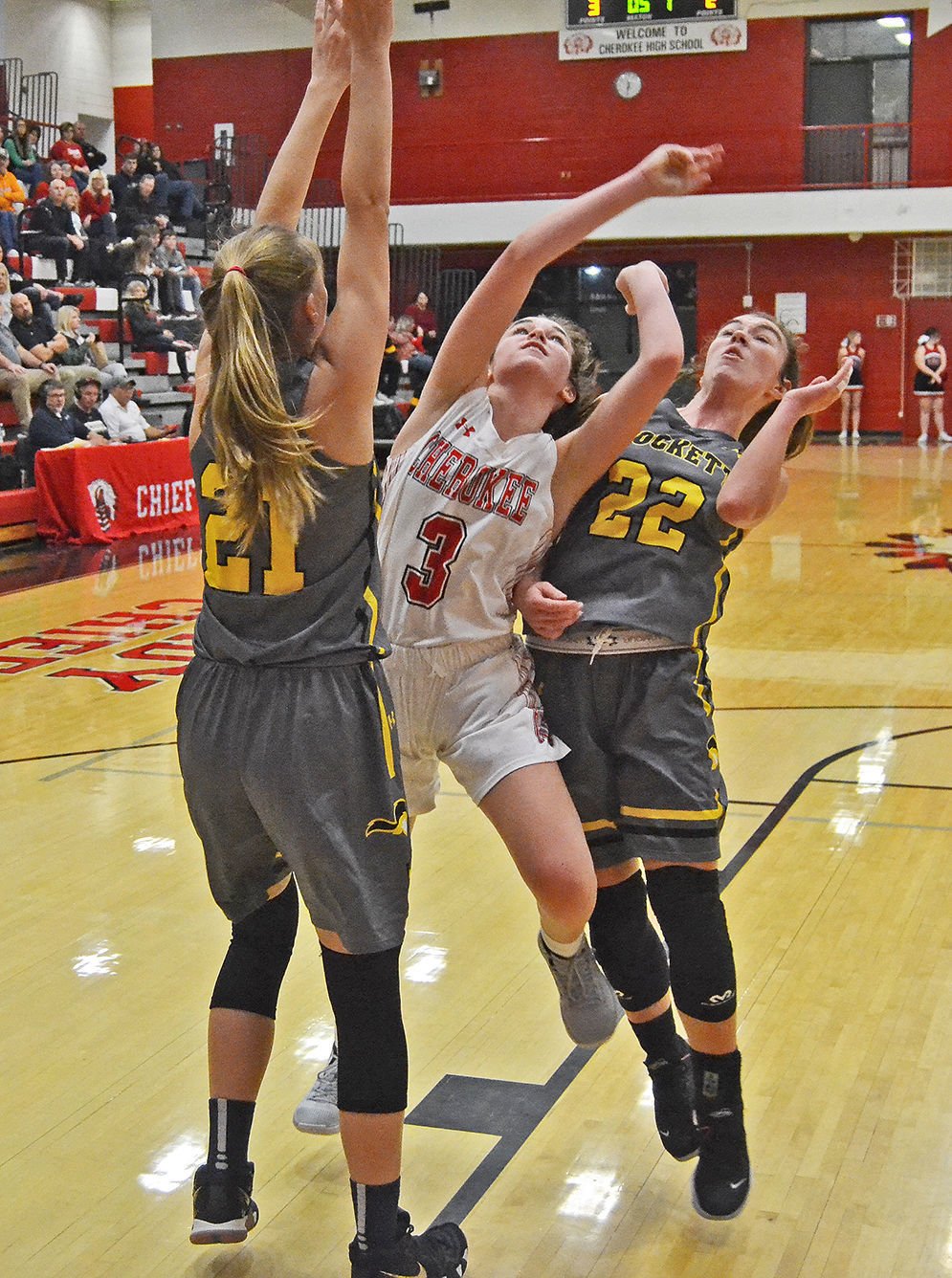 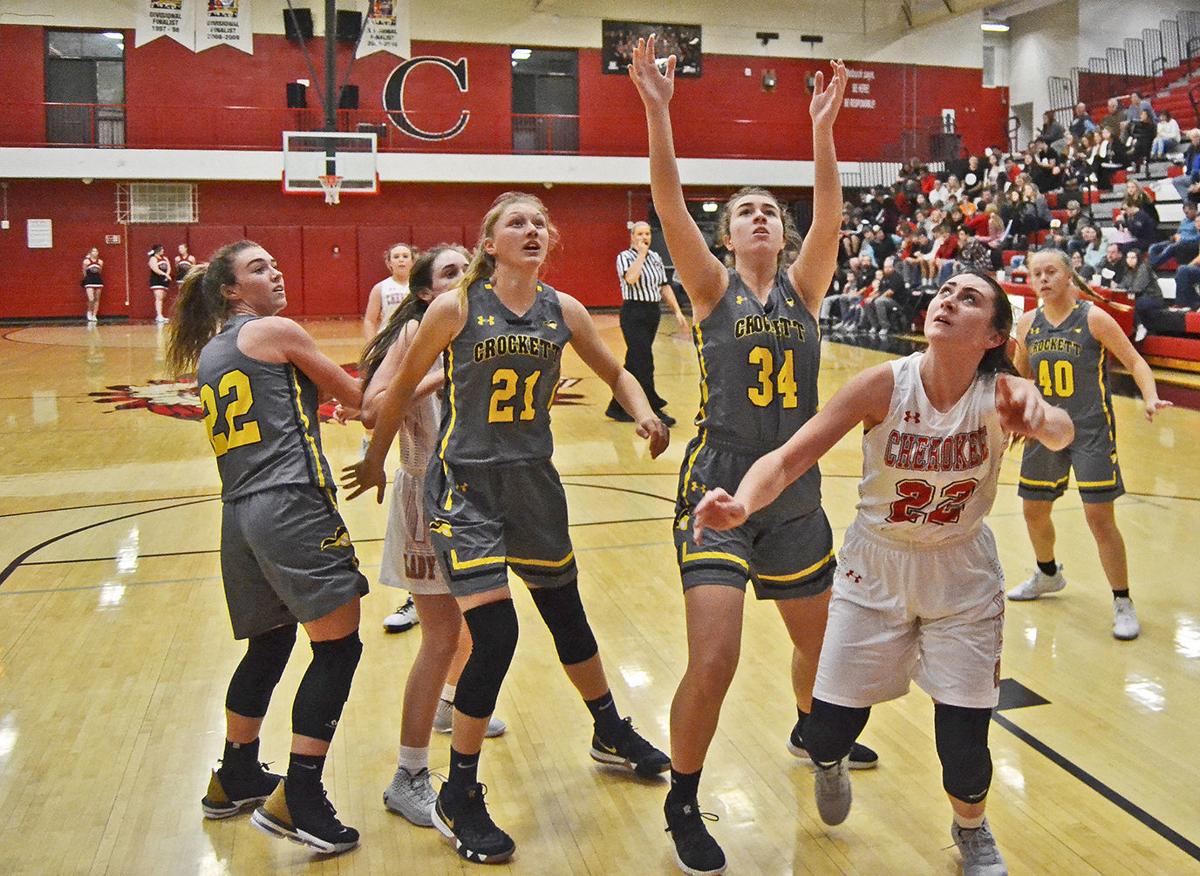 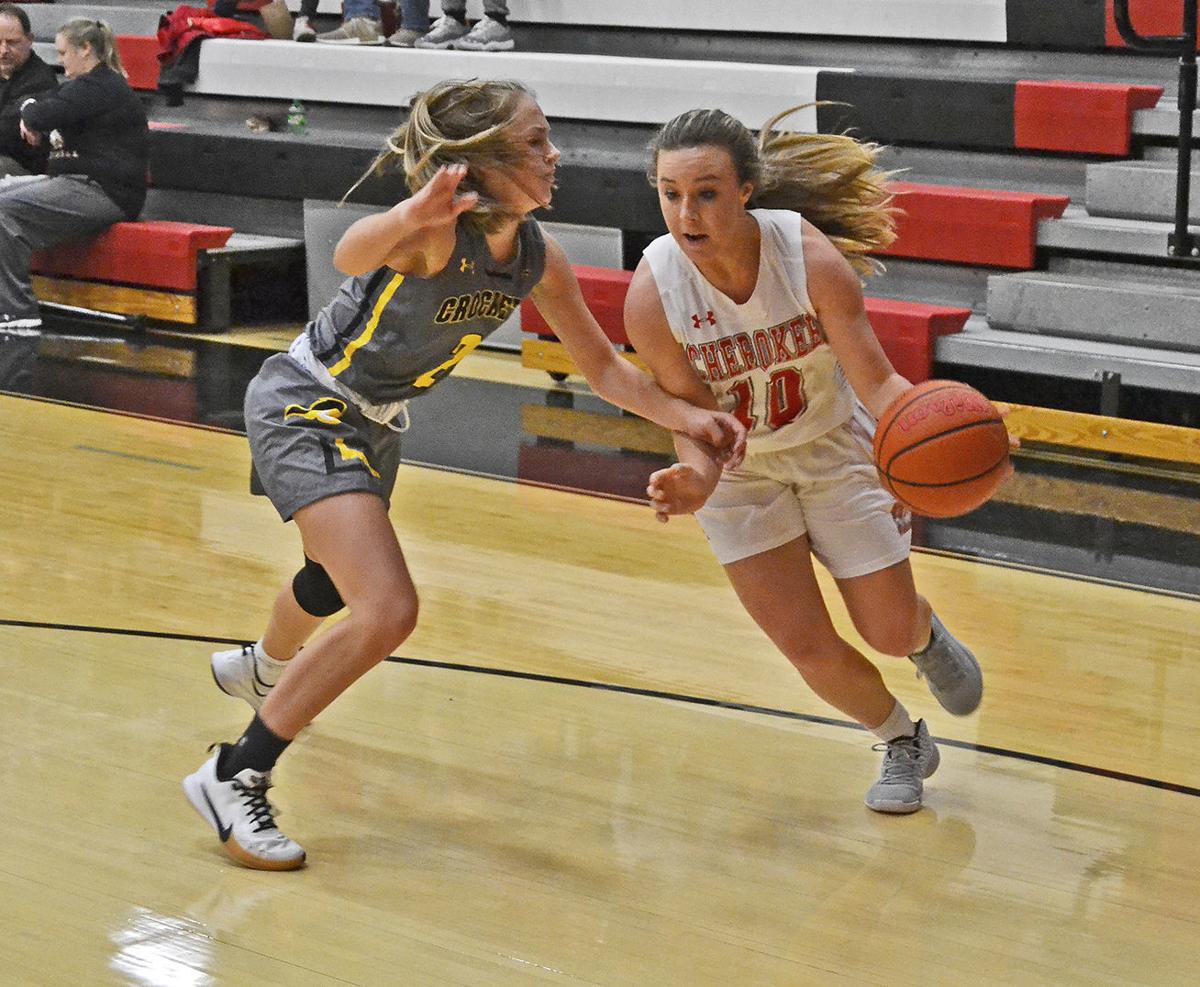 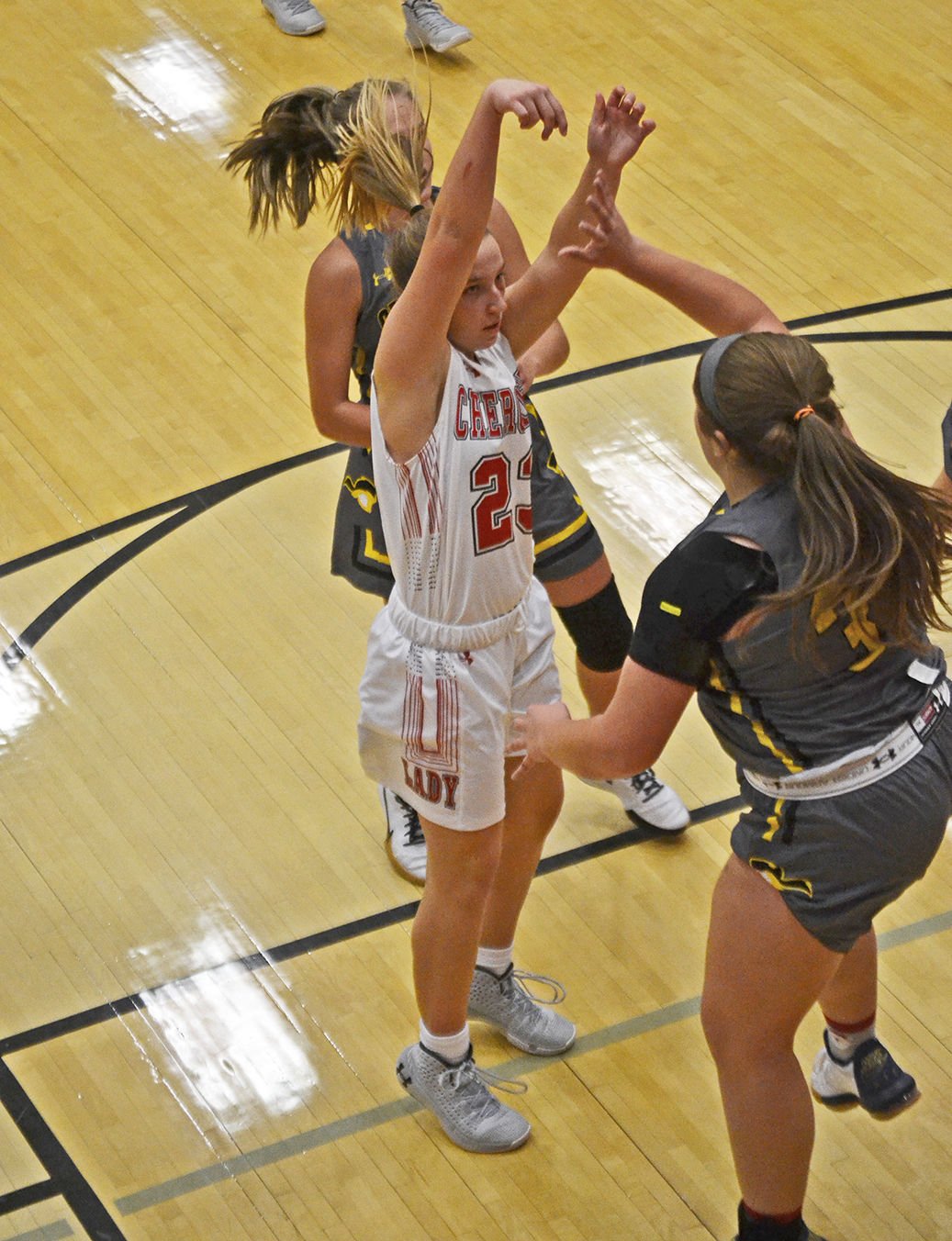 Cherokee freshman Kodi Henson (23) pulls up for a shot. 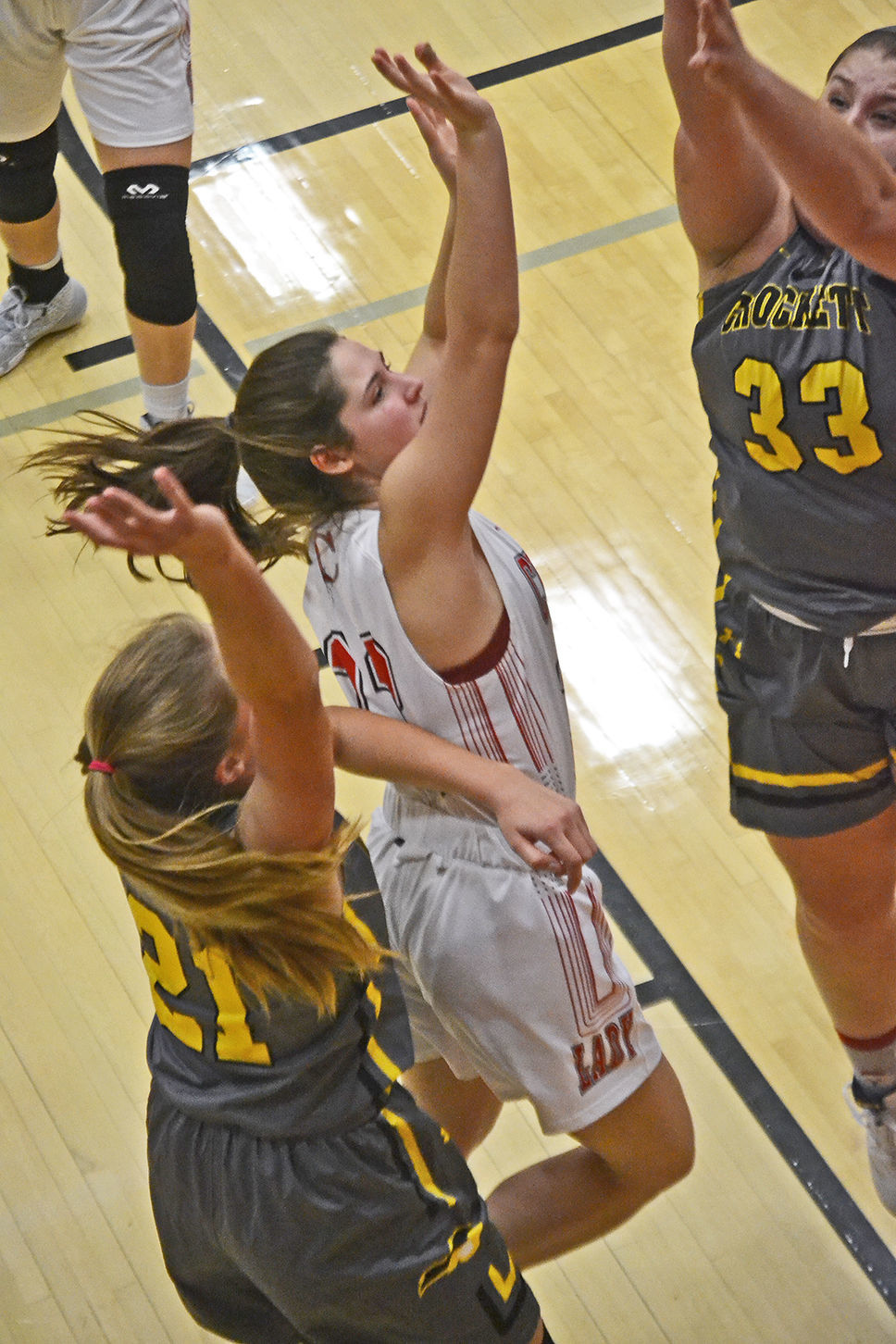 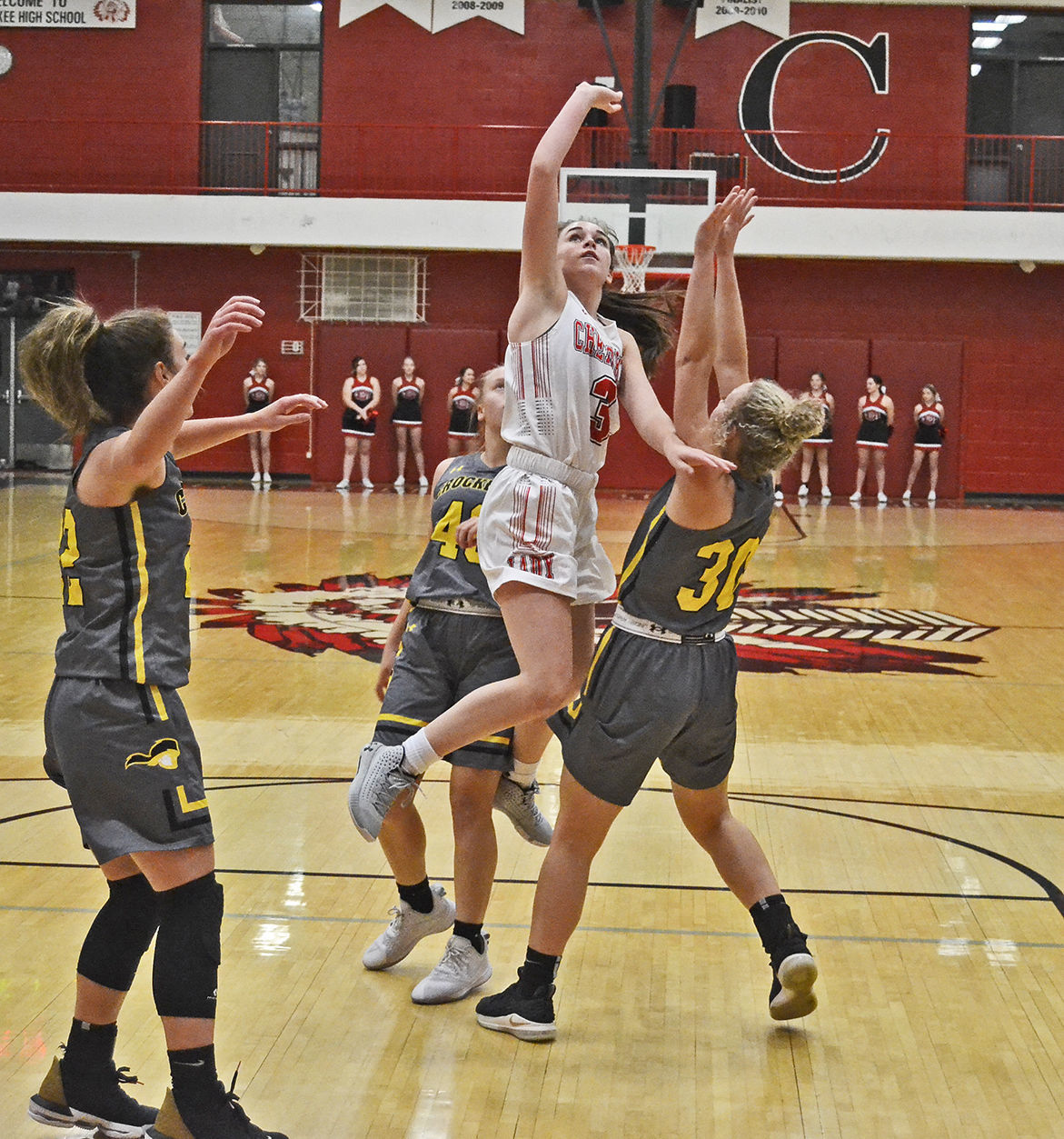 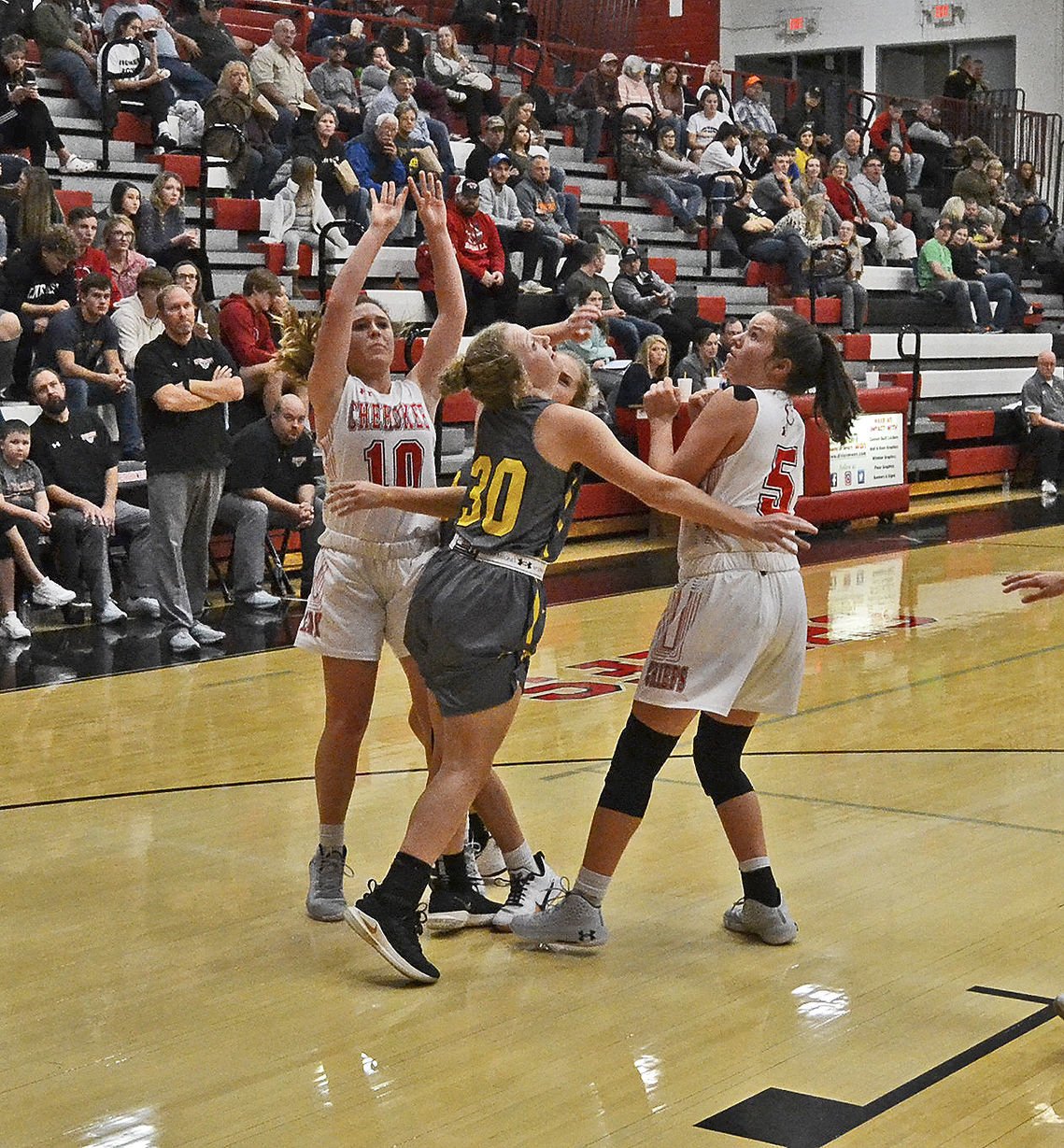 Cherokee’s Gema Brooks (10) shoots from outside. 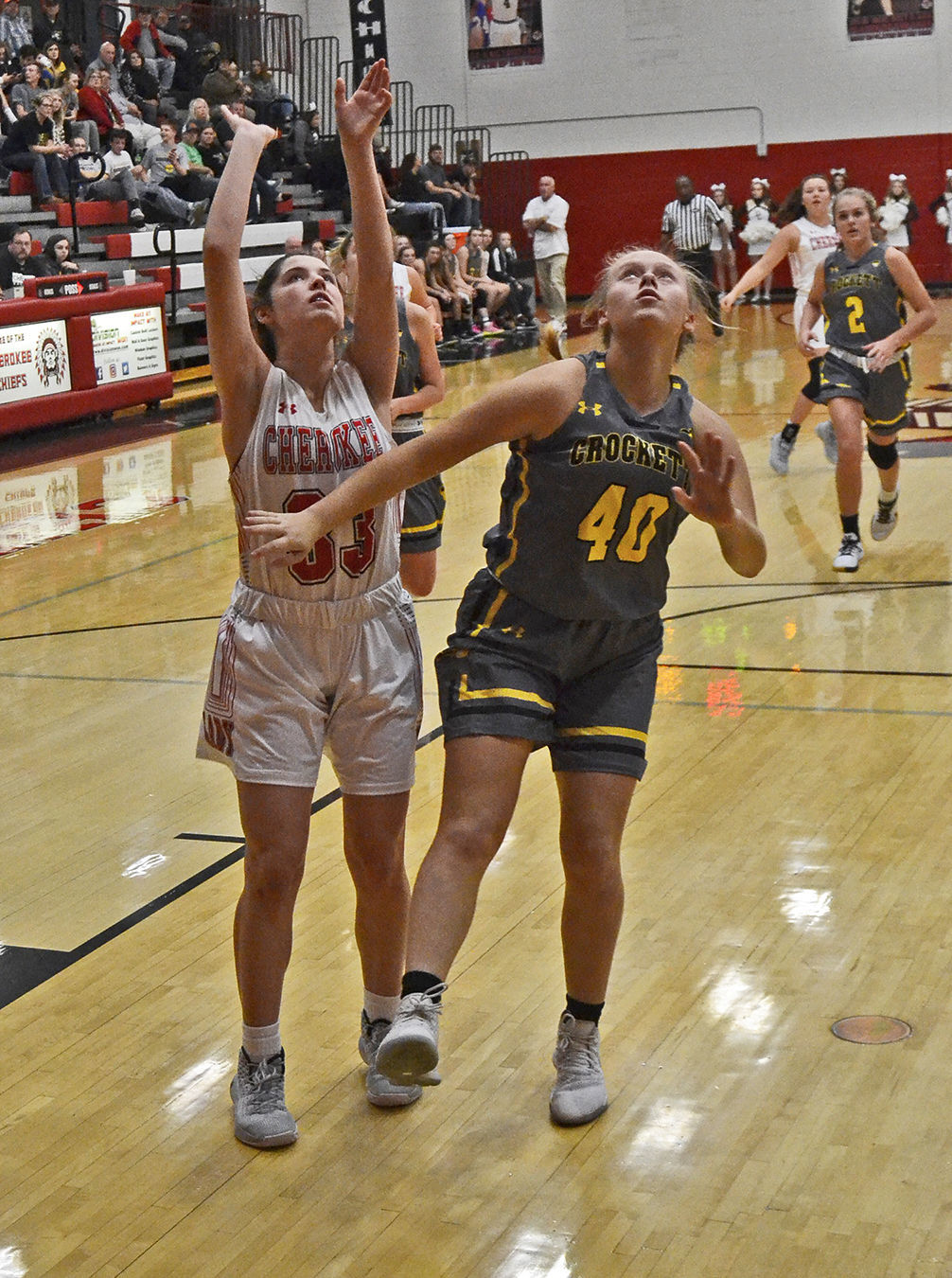 Cherokee’s Lydia Alvis (4) takes the ball to the basket.

Cherokee freshman Kodi Henson (23) pulls up for a shot.

Cherokee’s Gema Brooks (10) shoots from outside.

“We played good the first quarter,” said Cherokee coach Jason Lawson. “We had some energy, came out and did really good defensively.”

In a cold start by both teams, Cherokee finally took a 1-0 lead at the 4:43 mark of the first on a free throw by Lydia Alvis. The Lady Pioneers answered with an 8-2 run for an 8-3 lead. The Lady Chiefs pulled to within 10-8 at the :25 mark on a steal and layup by Macy McDavid, but Nora Walters scored on a putback to give Crockett a 12-8 advantage after one quarter.

“Then in the second quarter, it seemed like there was a lid on the bucket,” Lawson said. “We had several good shots roll around the rim. We were getting the looks we wanted. We just couldn’t convert on them. They kept changing the defenses up on us. They would kind of throw one at us, junk here, junk there. It got us out of rhythm a little bit.”

Crockett outscored Cherokee, 17-0, in the quarter to take a 29-8 lead into the break.

“But we stayed with it, kept working and battled through it and definitely salvaged the second half,” Lawson said.

Life in the Red: Pierson-El with a special dedication after his first XFL touchdown

The Lady Chiefs hit four three-pointers in the second half, one each by Kyla Howe and Destiny Jarnigan, and two by McDavid.

“Macy hit a couple of big threes in the fourth quarter, finally got them to start falling,” Lawson said. “Unfortunately, we could have used them in the second to keep us where we needed to be.

“But that’s going to come. With a young team, we’re going to see strides like that. It’s going to be up and down. Our goal is to get better every day, every game. We improved on some things and we’ve still got some other things that we need to improve on,” Lawson said.

Cherokee, which was scheduled to host West Greene Monday, will enjoy a nice home stretch before Christmas. Cherokee will also host Daniel Boone Friday, before making the short trip to Morristown East Dec. 17. Cherokee will then host the Big H BBQ Christmas Bash next Thursday through Saturday (Dec. 19-21).

“It’s good to be home,” Lawson said. “We don’t have to get on a bus, ride a bus back home. A good crowd came out tonight. It’s good to see this support from the community.