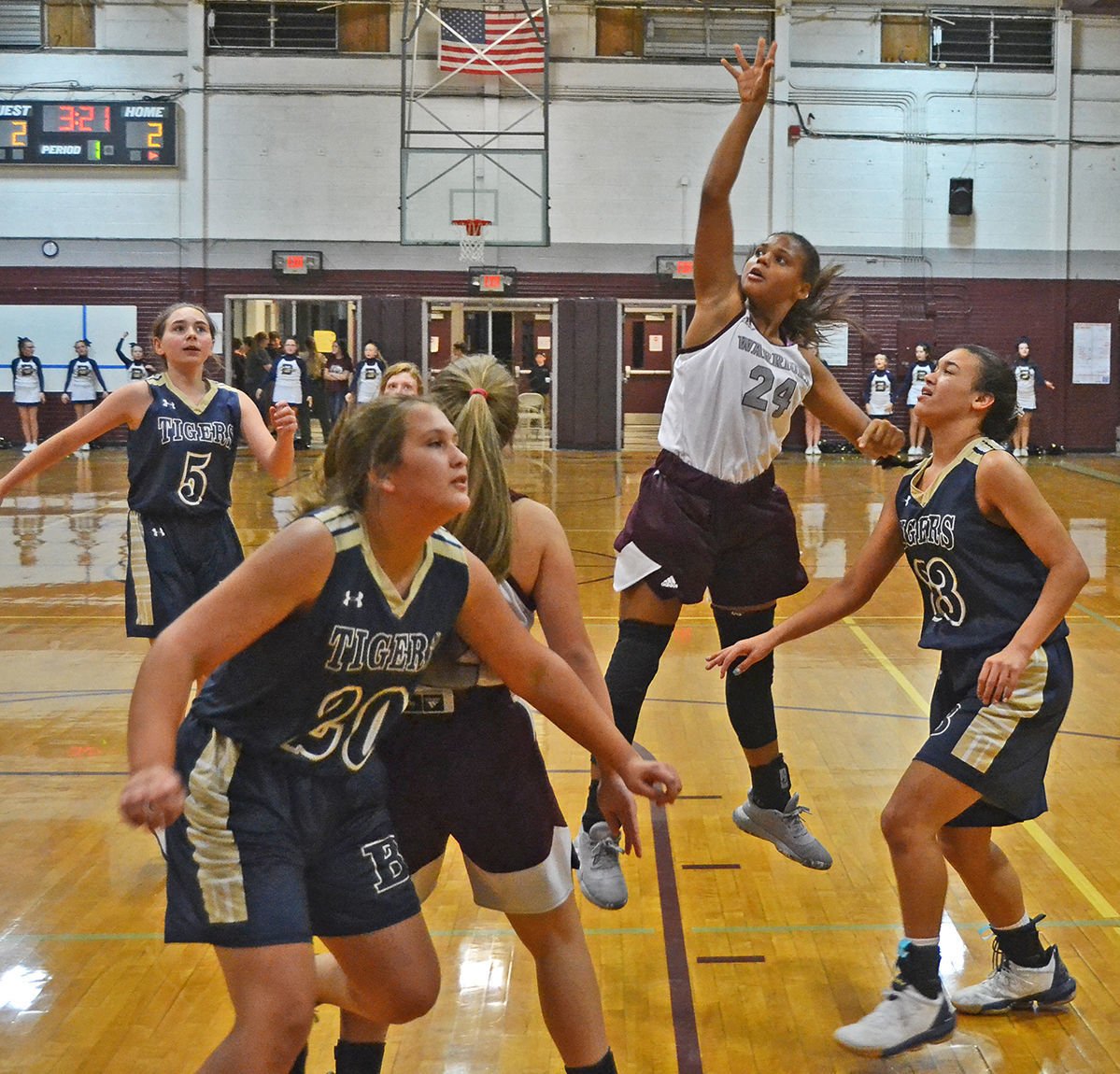 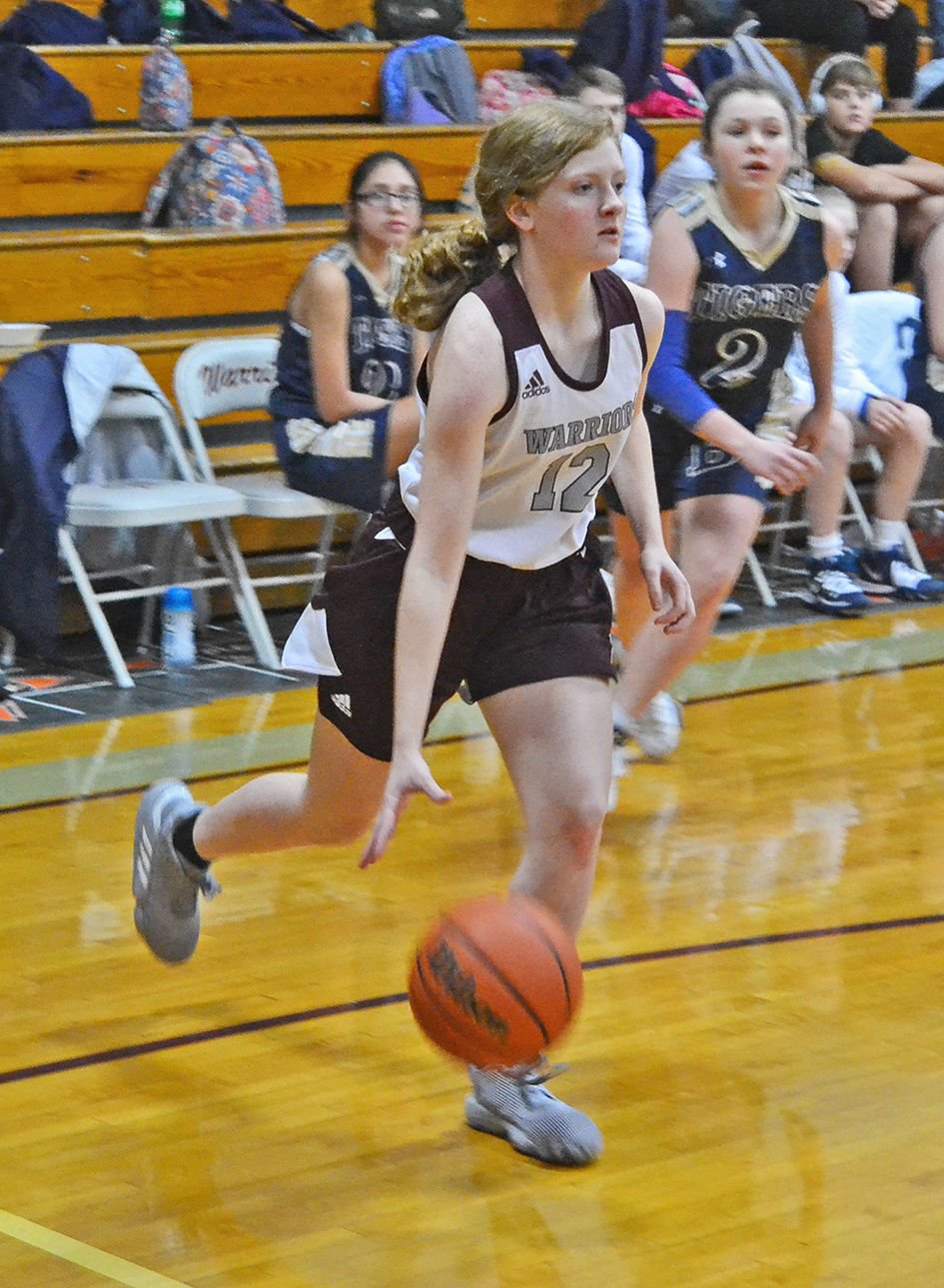 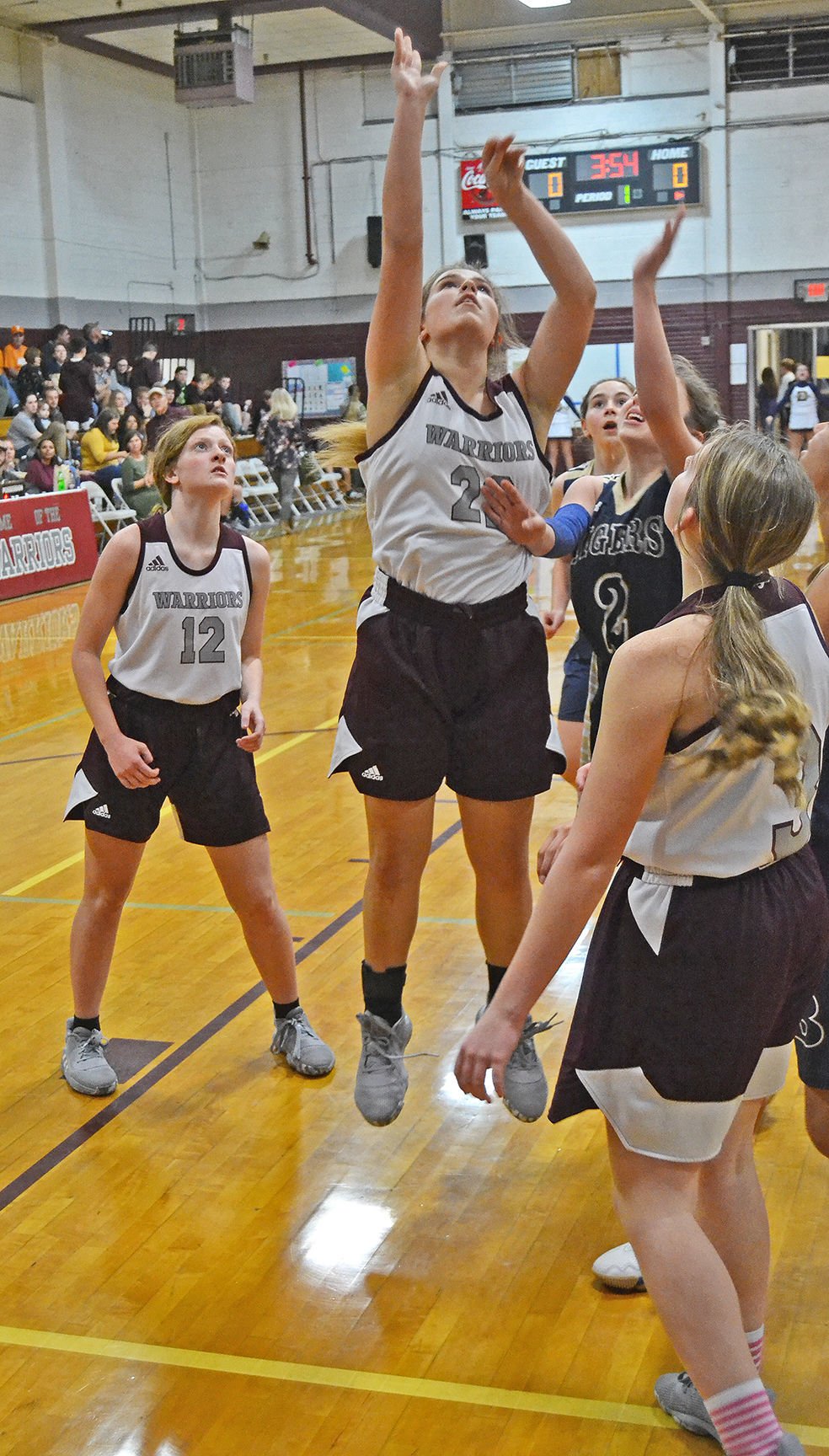 RMS’s Shanna Cupp (22) goes up for a basket inside. 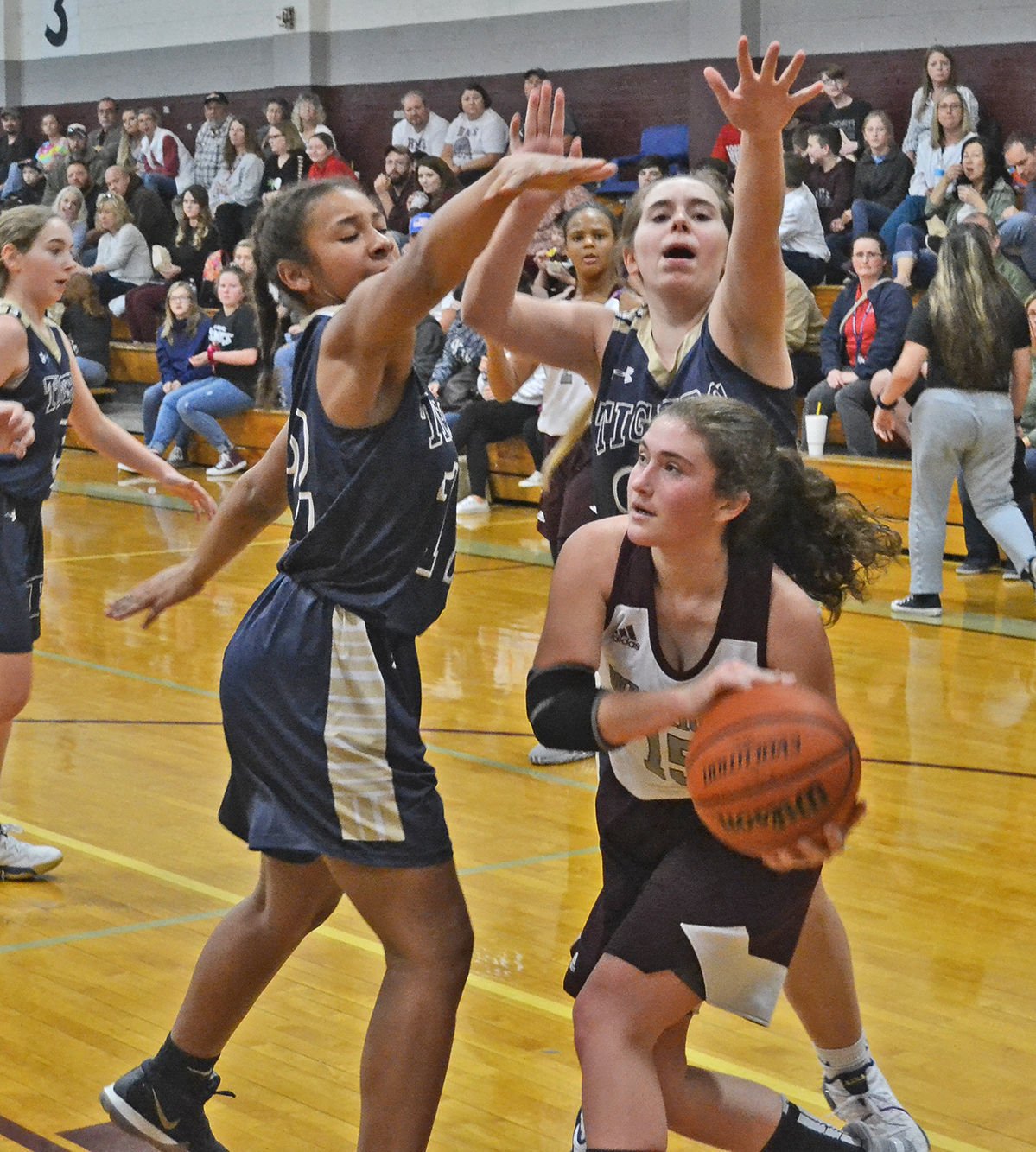 Rogersville’s Kaitlyn Pierson (15) tries to pass out of a trap. 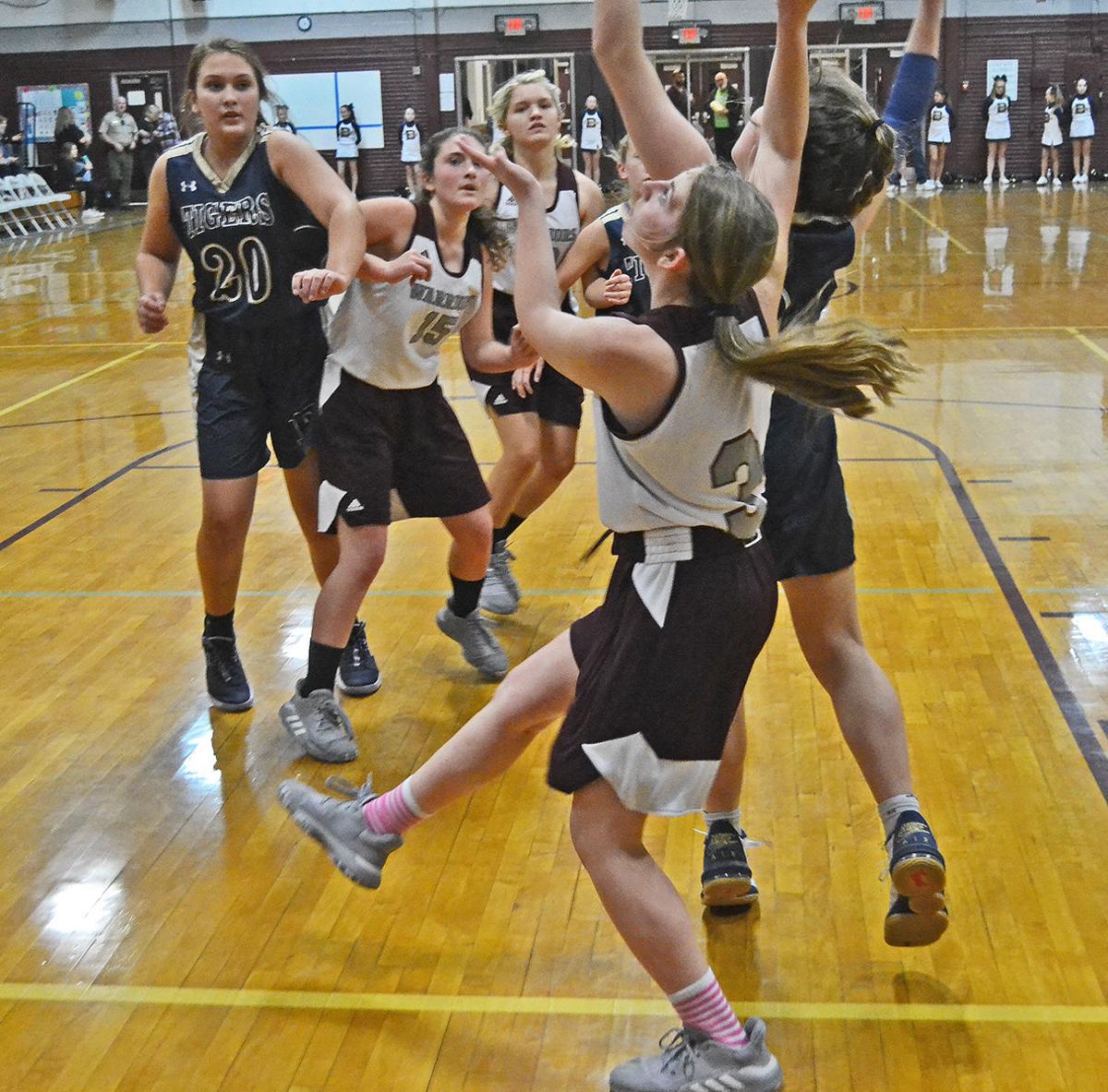 Rogersville’s Jada Davis (3) battles inside for a rebound. 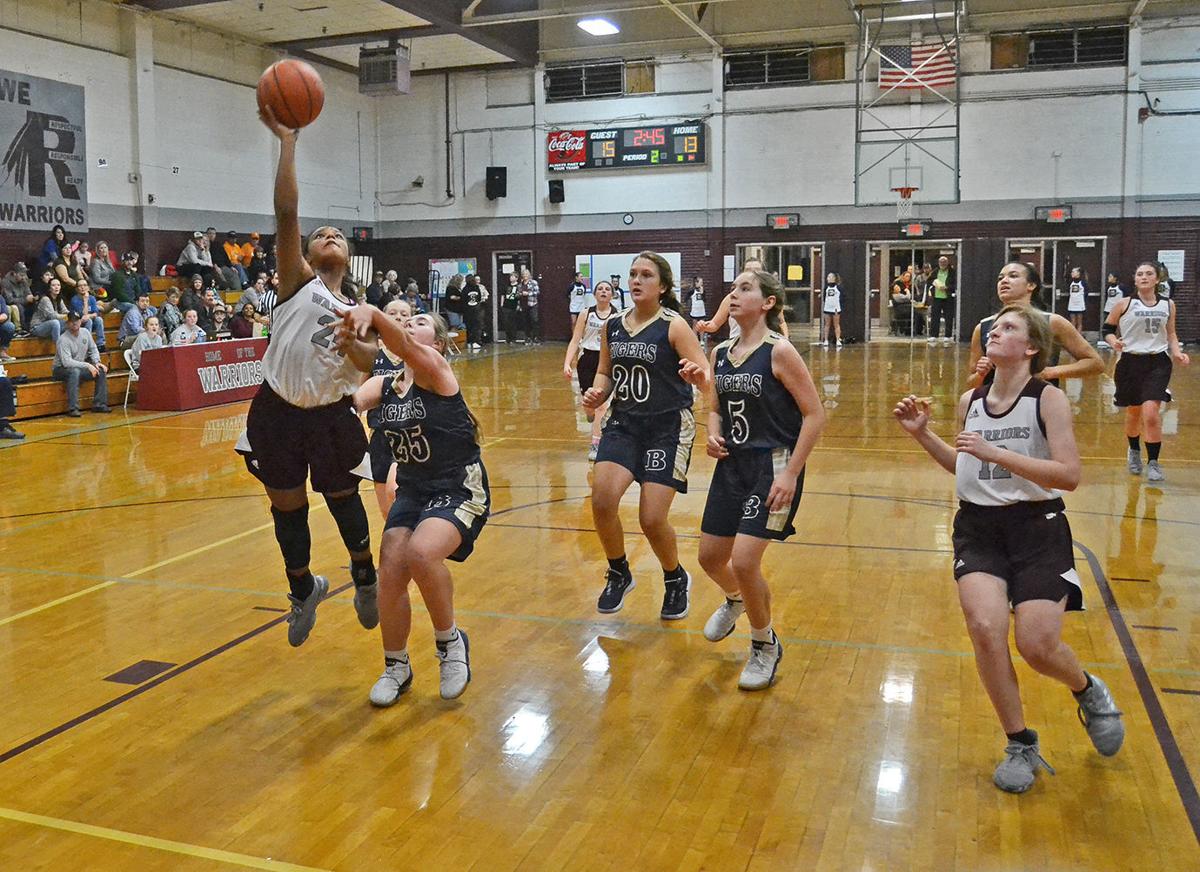 RMS’s Shanna Cupp (22) goes up for a basket inside.

Rogersville’s Kaitlyn Pierson (15) tries to pass out of a trap.

Rogersville’s Jada Davis (3) battles inside for a rebound.

ROGERSVILLE – Rogersville Middle School rallied from seven down in the third quarter but went cold in the fourth in a 37-31 loss to Blountville Tuesday night at RMS.

Once again, the Lady Warriors leaned heavily on Matazja Goins, who led RMS with 19 points, including seven in the first quarter when RMS took an 11-10 lead.

The Lady Tigers increased their lead by one in the third quarter, 28-22, as neither team could connect from the free throw line, combining to go 4-for-15 in the period.

University of Wyoming announces Athletics Hall of Fame Class of 2020

Badgers in the XFL: Check out performances by former Wisconsin players in Week 2

Goins rallied the Lady Warriors in the fourth, starting the quarter with three straight drives to tie the game at 28-28 with 4:19 to play.

A shot by Jada Davis in the lane gave RMS a 30-28 lead with 3:53 to play. Then the Lady Warriors went cold, unable to score until Goins hit one of two free throws with :08 to play, finally snapping a 9-0 Lady Tigers run, but ending the game’s scoring six points short of tying it back up.

Besides Goins’ 19, RMS got four points each from Henley and Shanna Cupp.