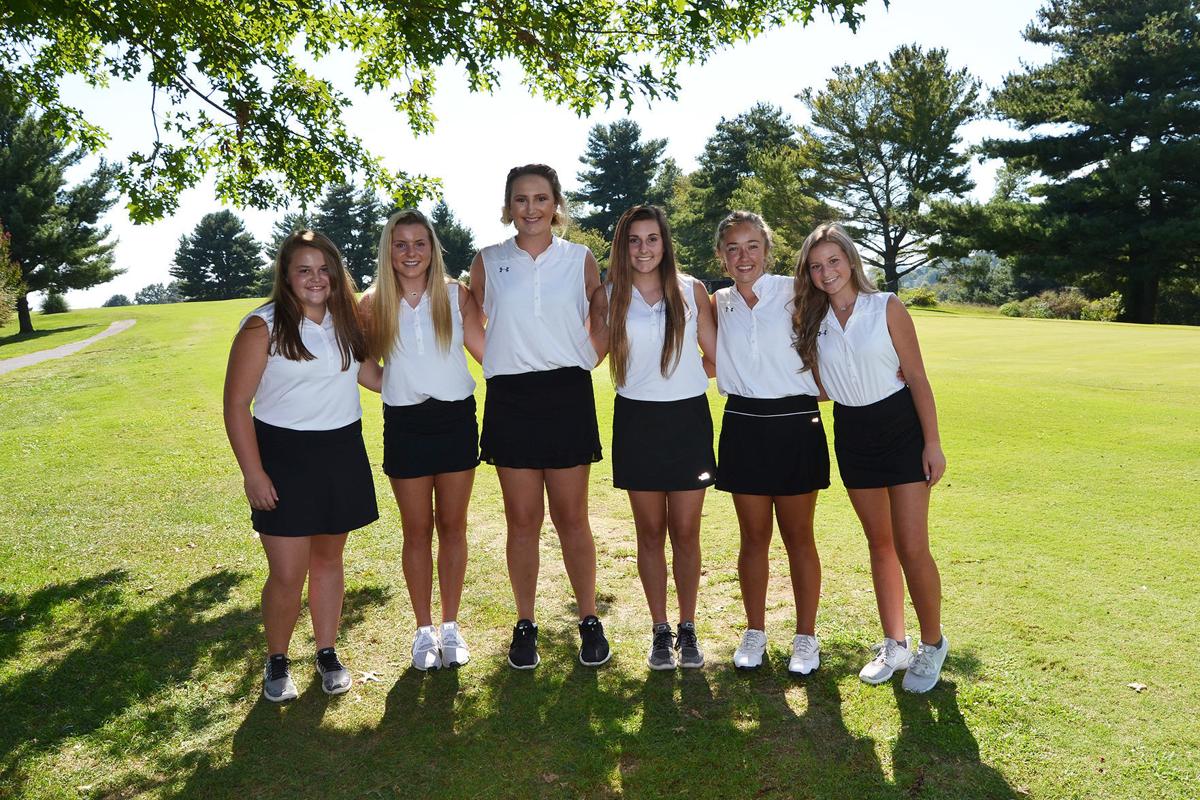 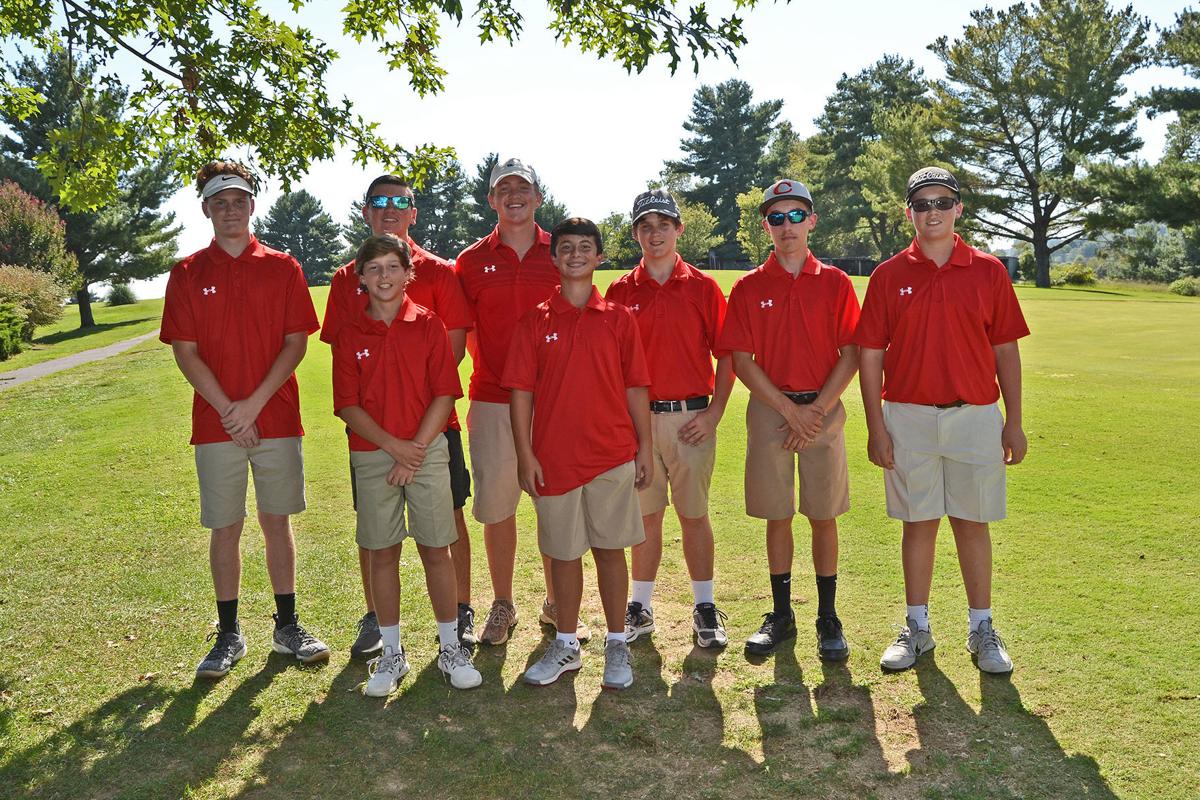 ROGERSVILLE – As the 2019 Cherokee golf team negotiates the early part of the season, coach Trey Fields notes this year’s squad has plenty of potential, but not much experience.

“We’re really young,” Fields said. “We’ve got two kids in Isaac Lindsey and Brady Forgety, who are seniors and have been us for a while. They’ve done a good job, but other than that, we are really, really young.”

“We’ve got a really good freshman in: Ryan Smith. His sister is Lauren Smith, who throws the shot put now for LMU. He’s put up some really good numbers for a freshman. He put up a 46 a couple times, a 47. He’s done a wonderful job for us,” Fields said.

“On the girls side, we’ve got six girls. Every one of them has done a great job. They’re just really young. Natalie Mueller is one who has played for us for a while and she’s done really well,” Fields said.

In competitive matches, five boys and three girls play, with the top four boys’ and top two girls’ scores counting. So far, on the girls’ side, Mueller is the clear No. 1. The other girls are still battling to settle into the No. 2 and No. 3 roles.

“As far as getting somebody else with her, it would be a huge help,” Fields said. “They’re all pretty bunched up. They’re anywhere from 55 to 45 (nine-hole scores).

“They’ve worked really hard. They’ve come in everyday. They’ve done exactly what’s been asked and a lot of them have improved dramatically.”

Numbers are way up for the Cherokee golf program, with eight boys and six girls. Two years ago, Cherokee had only one female golfer.

“I can’t believe it,” Fields said. “My whole time coaching golf the last four years, I’ve never had that many girls. It’s never been six girls. It does make it a little bit harder when you’ve got to pick through six girls to get three.”

But it certainly beats having only one girl on the entire team. Not only does Cherokee have more girls on the team, they’ve got another coach.

“She’s been a big help,” said Fields. “Because I’m coaching basketball and I’ve got my first child due Monday. She’s stepped up a lot and done a lot of things. She’s helped the girls a ton. She knows what’s going on. She can fix swings. She can do about anything.”

“I love it,” she said. “I love watching them improve every day. They’ve done a great job.”

After graduating from Cherokee in 2016, Lawson got an Associate’s Degree from Lincoln Memorial University, where she also played on the golf team.

“There’s a different bond between every person,” she said. “Being so close in age with them, they pick up really well what I’m saying. I really enjoy it.

“I knew a few of the players before. I helped some of them practicing in the past. It’s neat being their coach now and watching them improve each and every day,” she said.

“A lot of it is responsibility,” Lawson said. “Being responsible when you come to practice. Signing in every day. Practicing good sportsmanship and keeping up with the rules. And just having fun while they’re doing it.

“They’ve been a great group to coach. They come out and want to play. They play good. They’re very respectful in how they play,” she said, adding that the beginner’s status most of them have means an open slate with which to work.

“They’re just learning, so whatever I tell them, they’re picking up the first time. I don’t have to tell them again. They’re getting to know everything,” she said.

“This year, I just want them to have fun and play good doing it. Then next year, we’ll have a lot of beginners. I’d like to start out fresh and have a good team. I just want them to get better each and every day, and that’s what they’re doing,” Lawson said.

2020 Bears vision: WR corps actually should be in solid order next season

“We’ve got Kayson, who hasn’t really played a whole lot, but he’s out here working every day. And Aaron Coffey is another one who has worked really hard at it to get better,” Fields said.

“They’ve all worked really hard,” Fields added. “They’ve just got to get experience. It’s been a lot of overload of information overload on them.

“I think that where we are right now, we’ve got a great base for our future, a lot of young kids. We’ve lost a lot of experienced kids the last few years. That’s something that’s hard for me to remember,” Fields said.

Fields mentioned two of the former Chiefs who went on to play golf in college, Steven Owen and Kodey Popplewell. It wasn’t luck that got them to the next level.

“They were out here working every day to get better, even in the summer,” Fields said. “A lot of these kids are starting to learn that. We really lost a lot, but these other kids have really stepped up.

“Ryan Smith has worked extremely hard. He played baseball, basketball and football. Then he got out here. He came up to me last year and said he was going to play. He’s been out here all summer. He’s done a wonderful job,” Fields said.

This season will be about getting young golfers experience and improvement.

“It’s getting them to understand how to play a match, what’s expected and what we’re looking for,” Fields said.

“They’ve done a good job with it, all things considered. Kelli spent two days with them on understanding rules and talking about what happens here and there. They all caught on pretty quick,” he said.