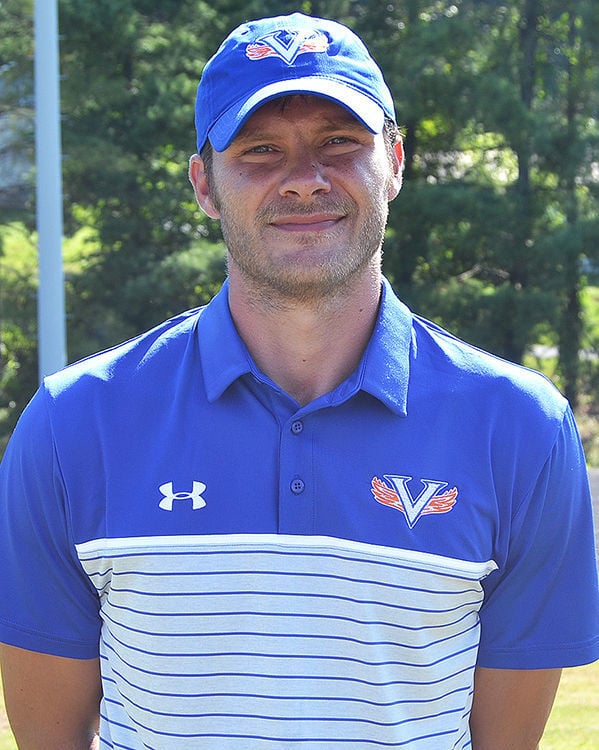 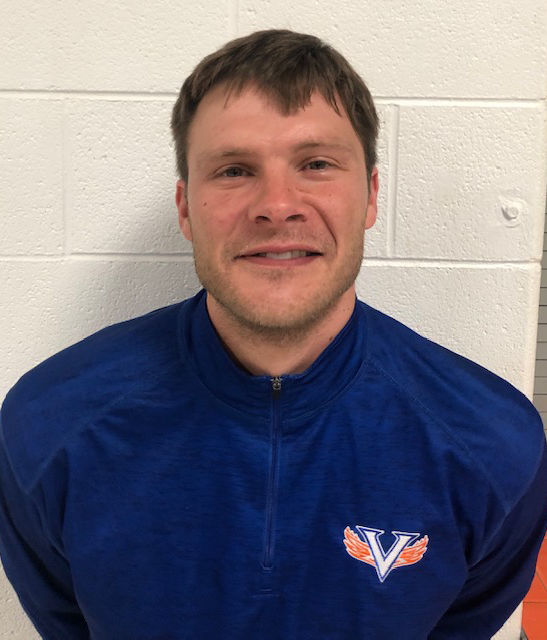 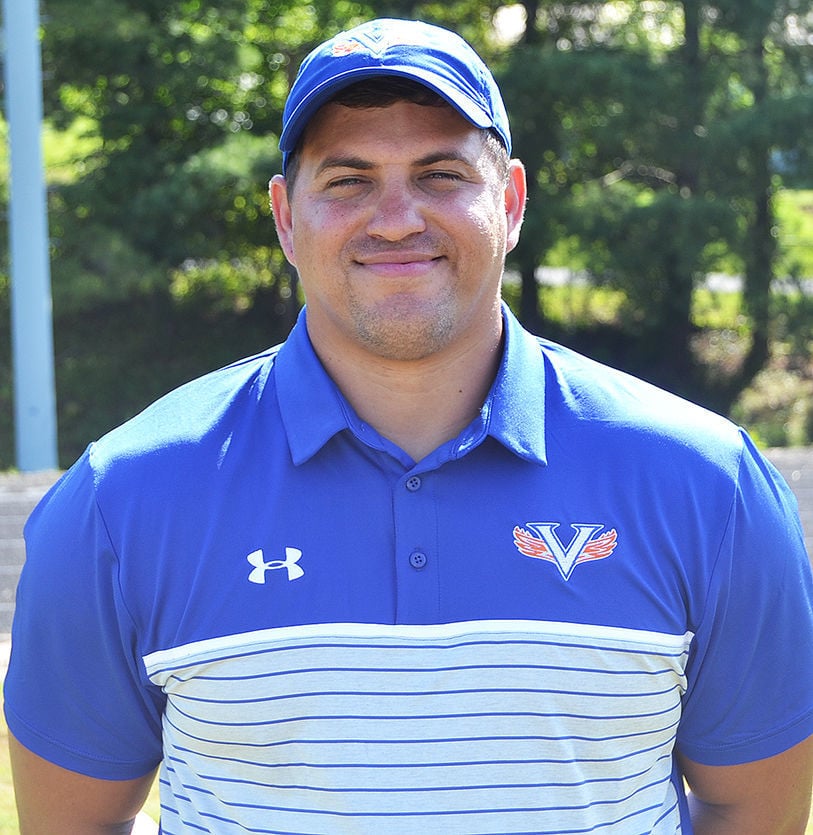 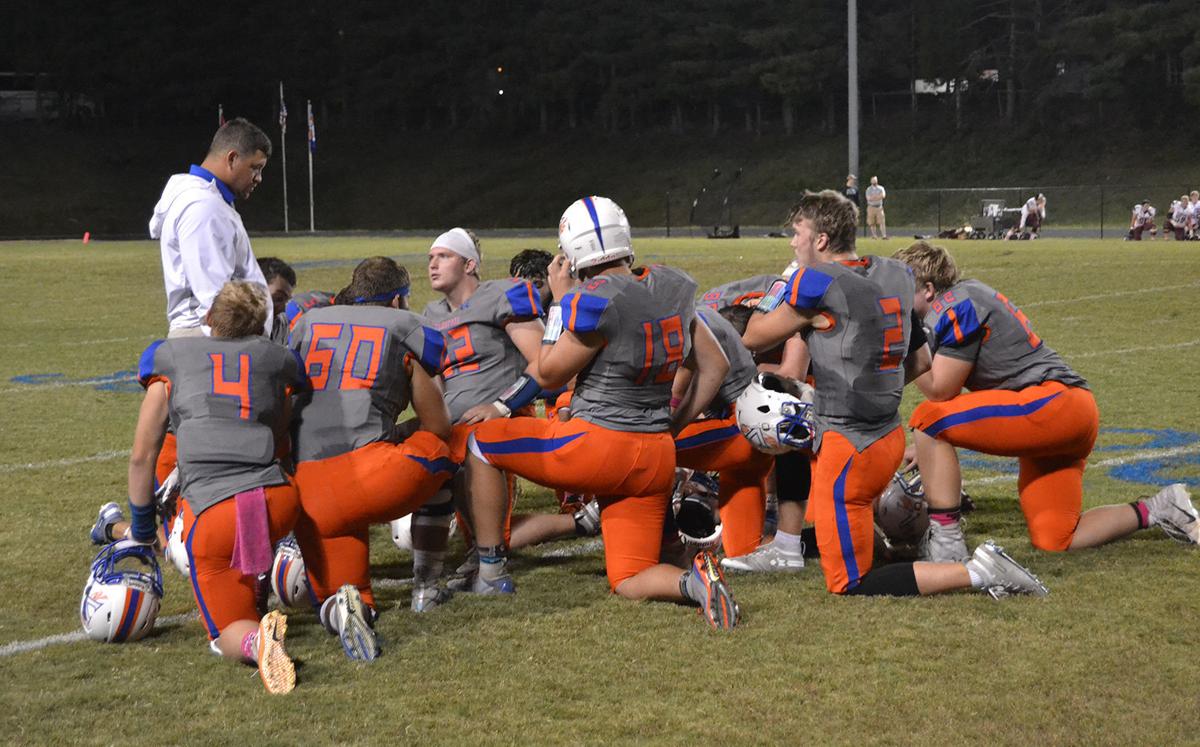 Justin Pressley talks to his troops during a timeout in the Oct. 4 game against Tennessee High at Volunteer.

Justin Pressley talks to his troops during a timeout in the Oct. 4 game against Tennessee High at Volunteer.

“I am grateful, honored, and humbled to be named head football coach at Volunteer High School,” McMillan said in a statement. “I would like thank Director of Schools, Mr. Matt Hixson, the Board of Education, Mr. Bobby Wines, and Mr. Jim Whalen for having the confidence in me to give me this job.”

McMillan was added to the Volunteer staff when Pressley was hired two years ago.

“Jesse McMillan’s football knowledge and passion for Volunteer High School gives me confidence that he is the best person to lead our football program,” said Whalen. “His presence will make the transition smooth for our players going into the 2020 season.”

“My wife (Erin), daughters (Riley and Millie) and I are truly excited for this opportunity,” said McMillan, who has learned under a strong pedigree of football coaches.

“Jesse McMillan has been coached by some of the best in the business and experienced success as a player at various levels,” said Volunteer Principal Bobby Wines. “He understands all facets of the game and knows what it takes to be successful individually and as a team.

“I look forward to seeing him put his stamp on the program,” Wines said.

“Obviously, I was very fortunate to be coached by and work with many successful coaches who set the example for how to be a good person and coach,” McMillan said.

“Our staff is going to do everything we can to prepare our students to become successful and consistent people on and off the field. Our goal is to produce young men that the community can be proud of,” said McMillan, who lettered in basketball, football and track at Dobyns-Bennett.

The 1998 D-B football team made the semifinals and set the school record for wins (13-1). McMillan was on the 4x400m relay team (along with John David Harrison, Jeremy Graves, and Teddy Gaines) that finished third in the state in 1998.

“It’s just an opportunity to be close to my family,” Pressley said. “My dad lives nearby and my brother lives in Knoxville. My wife’s family lives close. It’s just a chance for us to be in a place where we can see our family every day if we want to and it’s a good opportunity for us.”

“His brother lives in Strawberry Plains. His dad lives in Rockwood, so it’s closer to there. His wife is from Cleveland, Tenn., so it gets them an hour and a half closer to her family,” Whalen said.

“He had informed me he had been approached by them,” said Whalen. “I told him if he thought it was a better fit for his family I would support him. He told me about how much more money they were offering.

“If you’re looking at $16,000 more per year, I mean it’s just tough to compete with that kind of money. He just thought that this was an opportunity he couldn’t pass up and didn’t think it would be there next year,” Whalen said.

The Kingston, Tenn. native left after just two seasons. The Falcons were 0-10 in 2017, the year before Pressley arrived after spending the three previous seasons as head coach at Lindblom Academy in Chicago. Before that, Pressley was at Pearl-Cohn in Nashville for a year, following a few seasons at Siegel High School in Murfreesboro.

Under Pressley, the Falcons went 3-8 in 2018 and 4-6 in 2019, including victories on the road in their last two games: 40-28 at Unicoi and 35-12 at Cocke County. Pressley’s fast-break offense, aggressive defense and positive attitude appealed to Falcon players.

“He’s a very likable coach,” Whalen said.”Kids get along with him. They like him and they liked his up-tempo style, trying to play fast. It was new for us and exciting for the kids.”

Pressley said he enjoyed his two seasons in Church Hill.

“My time has been amazing here at Volunteer,” Pressley said. “The kids are committed and we’ve worked really hard to build something that was special. I’m very thankful for Jim Whalen for giving me the opportunity to be here. He brought me back to Tennessee and I’ve grateful for that. The administration has been amazing to me in this process.

“The kids are very important to me. They’re going to hold a special place in my heart and my family’s heart for a long time. We’ve loved our time here. The timing was just right to leave. They’re going to be good in the future. We’ve done something the past two years. They’ve got great coaches on the staff right now. The future of Volunteer High School is going to go on and get better,” Pressley said.

Pressley was asked about the challenge of coaching football at Volunteer.

“It’s just building excitement and we did that,” Pressley said. “We had no problem getting the community excited. We had two exciting years. We brought in a different, fast-paced offense that got everybody excited.

“Anybody who looks at this job now and wants this job now, I think it’s going to be a very attractive position. Because we were very young for two years – we started sophomores and freshmen for both my years here – now those guys are going to be juniors and seniors. I look at them to be sustainably successful,” Pressley said.

“The challenges coming in was just trying to build excitement and that didn’t take very long. They were hungry to be excited about something. We did that. Everyone’s been great in the process,” Pressley said.

While Pressley is looking forward to his next challenge, he has well-wishes for those he’s leaving behind.

“We’re excited about the opportunity to be close to family,” Pressley said. “I’m very grateful for the kids and I just want to make sure the kids are done right and make sure they continue their success and they will. They’ve got great kids here and they’re going to be successful in anything they do.”