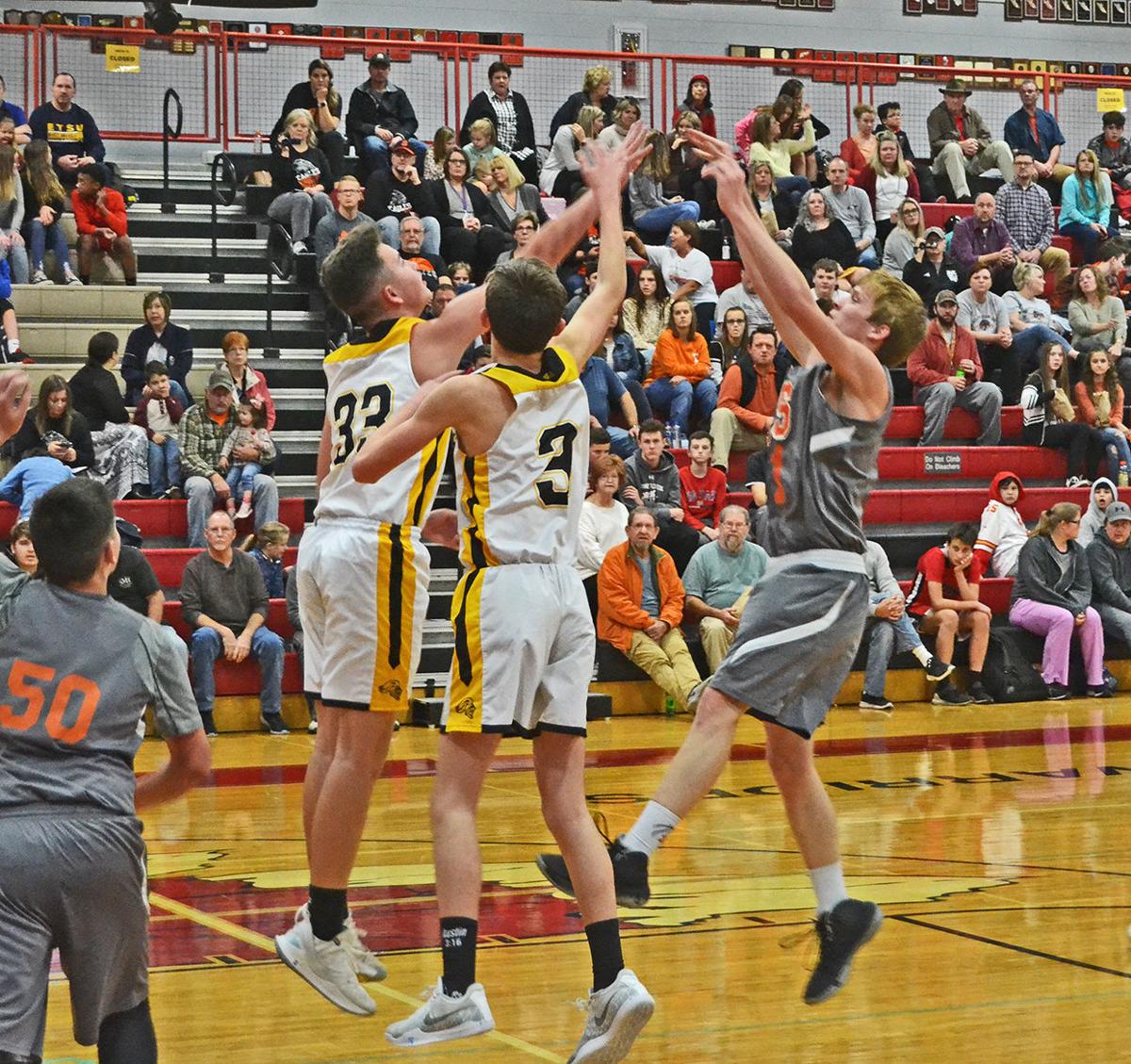 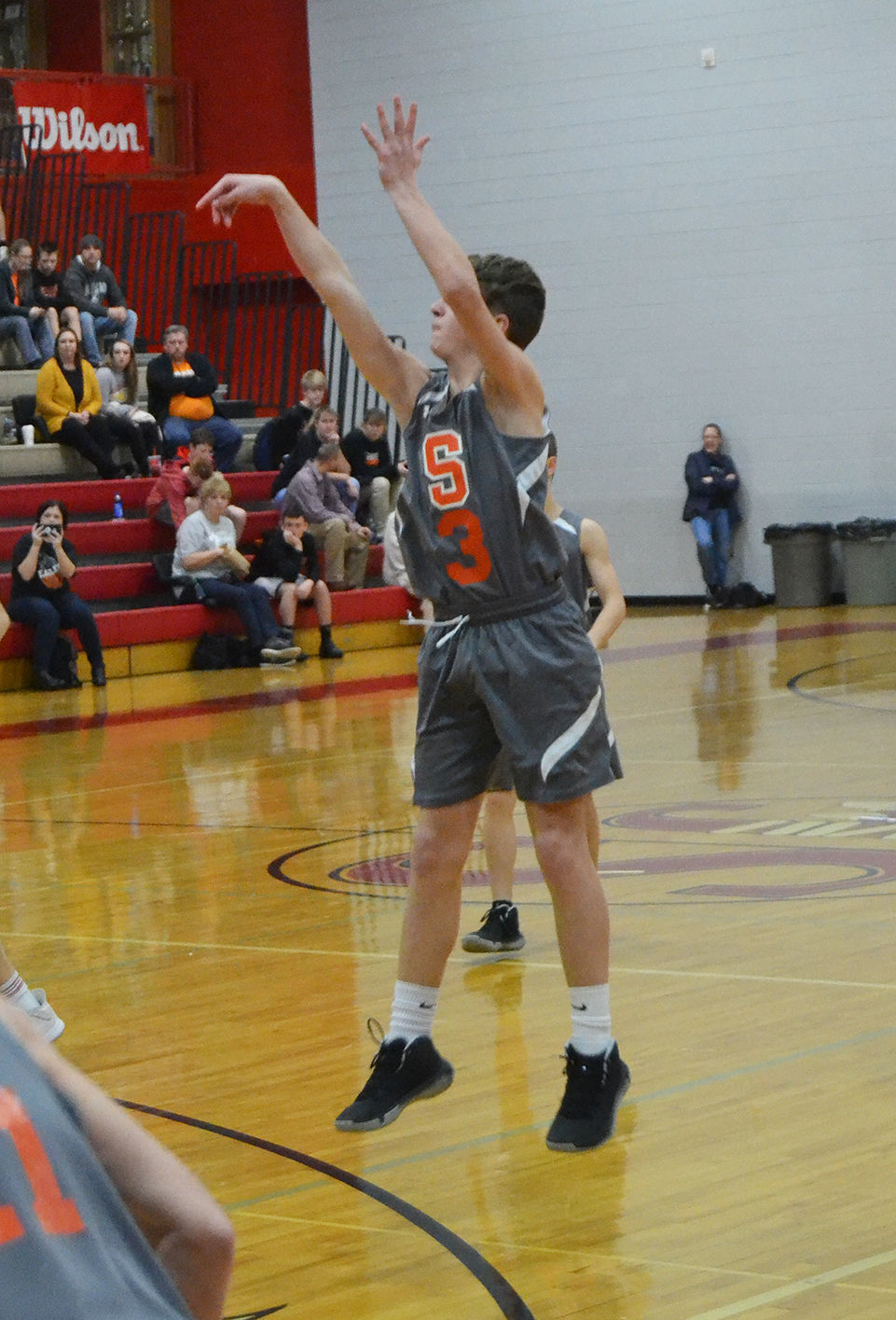 Surgoinsville’s Nolan Amyx shoots from outside. 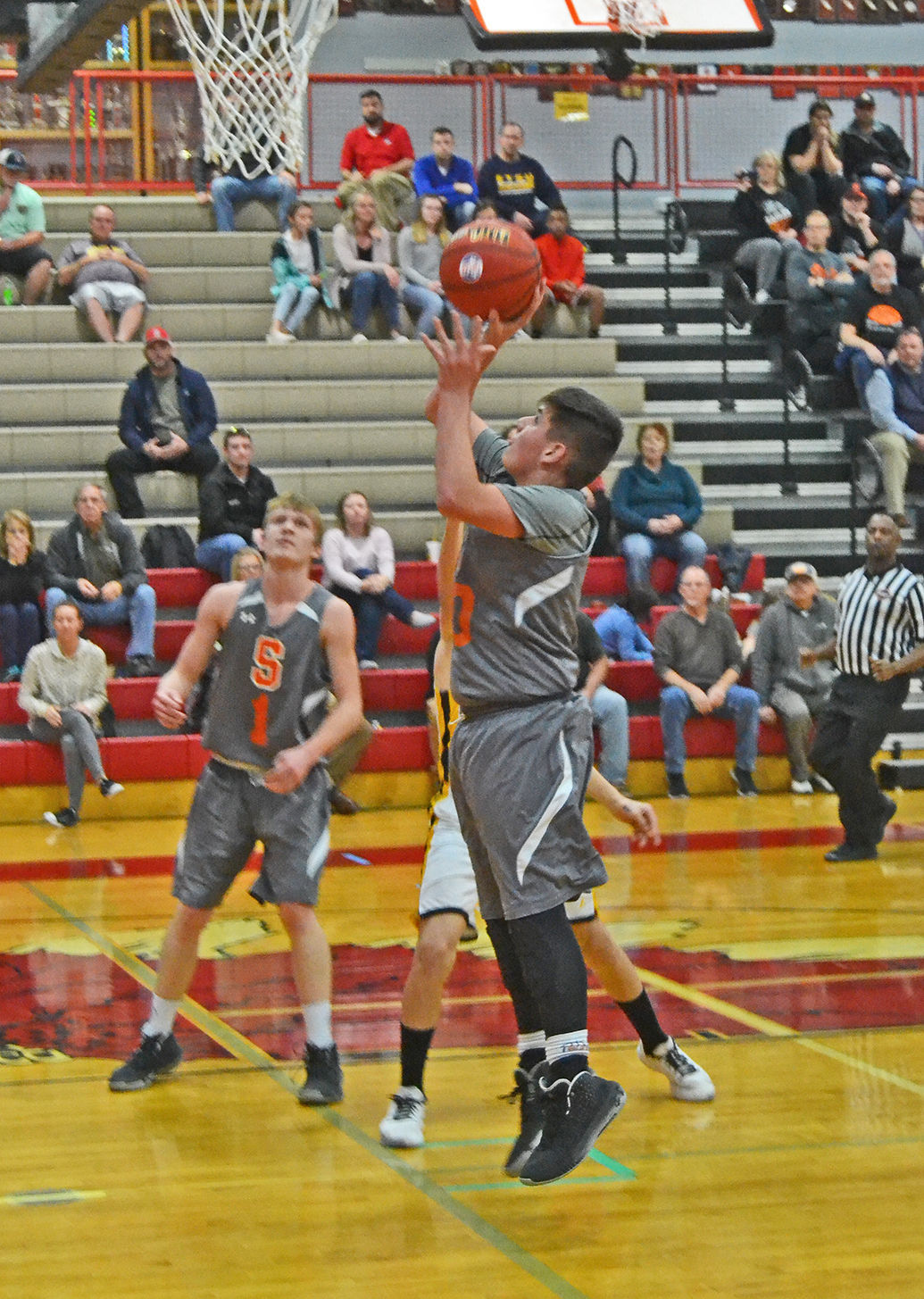 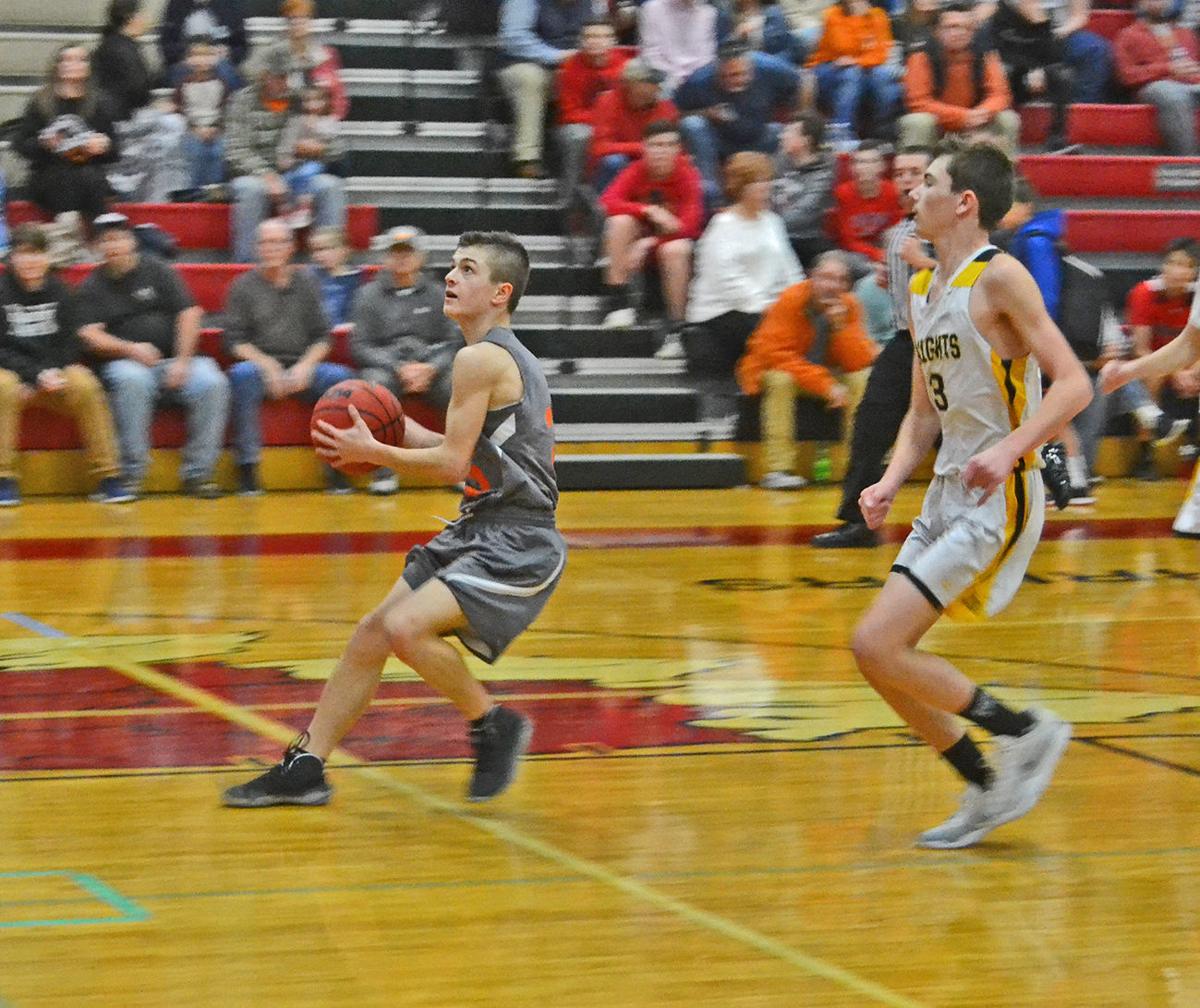 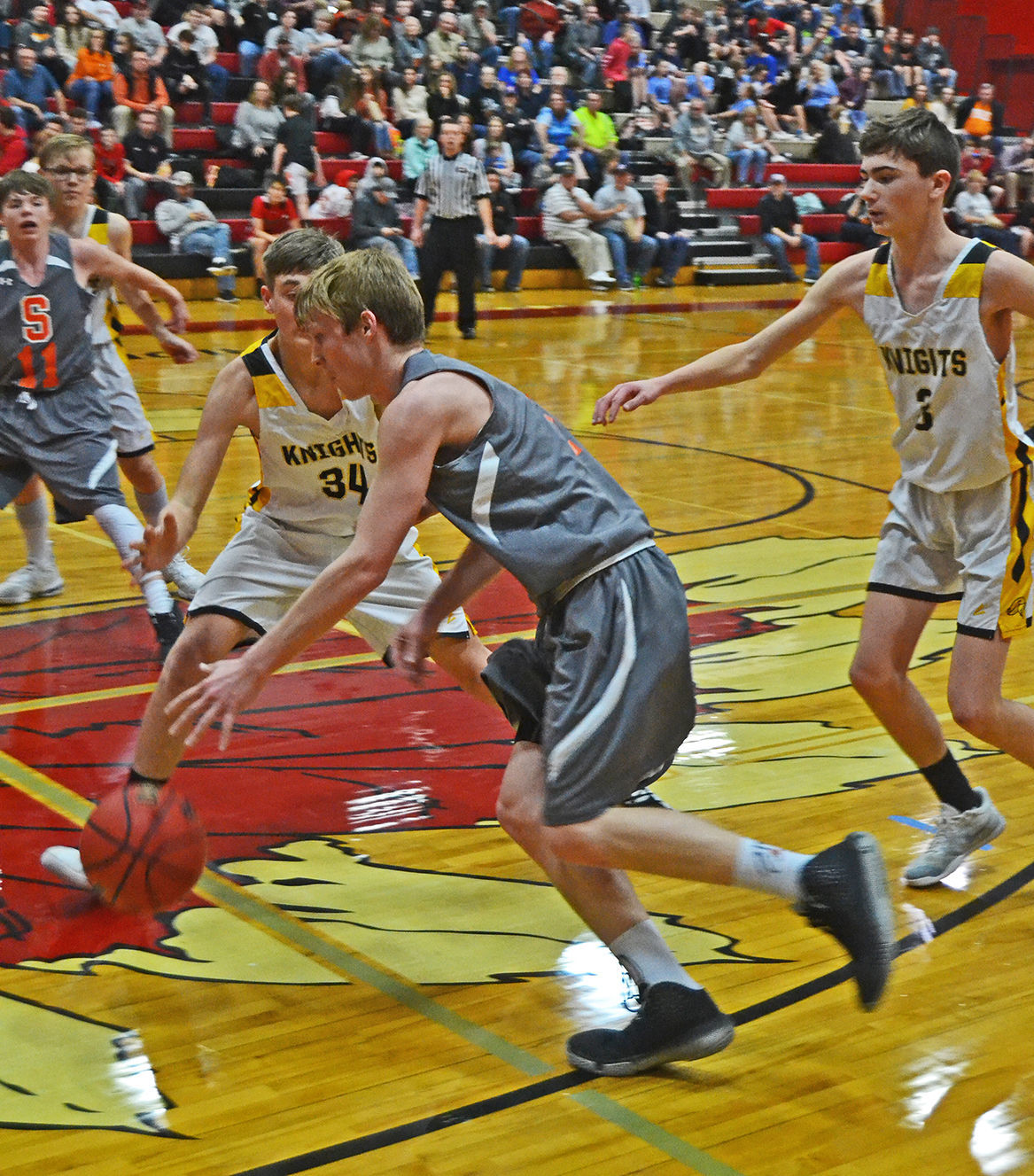 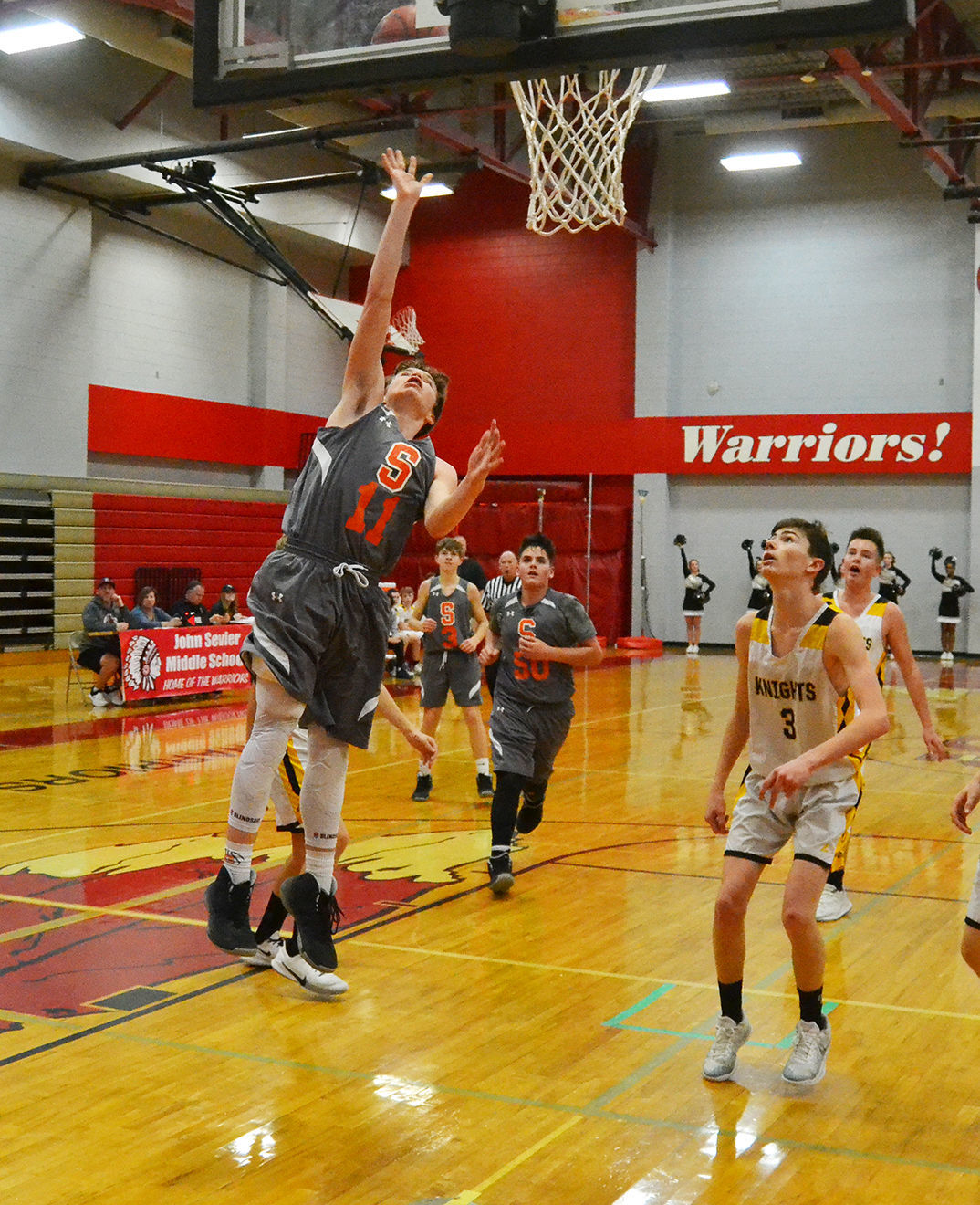 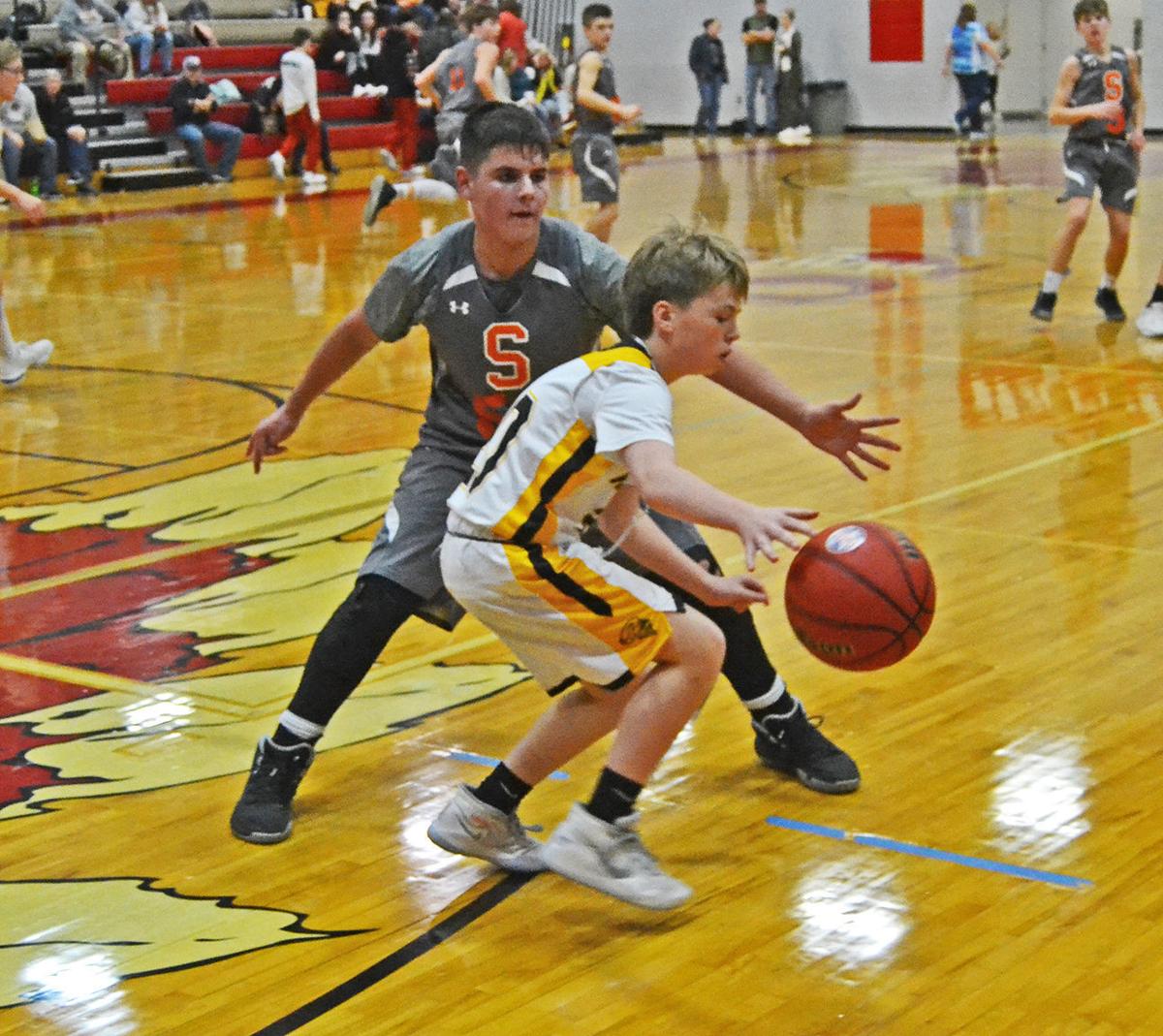 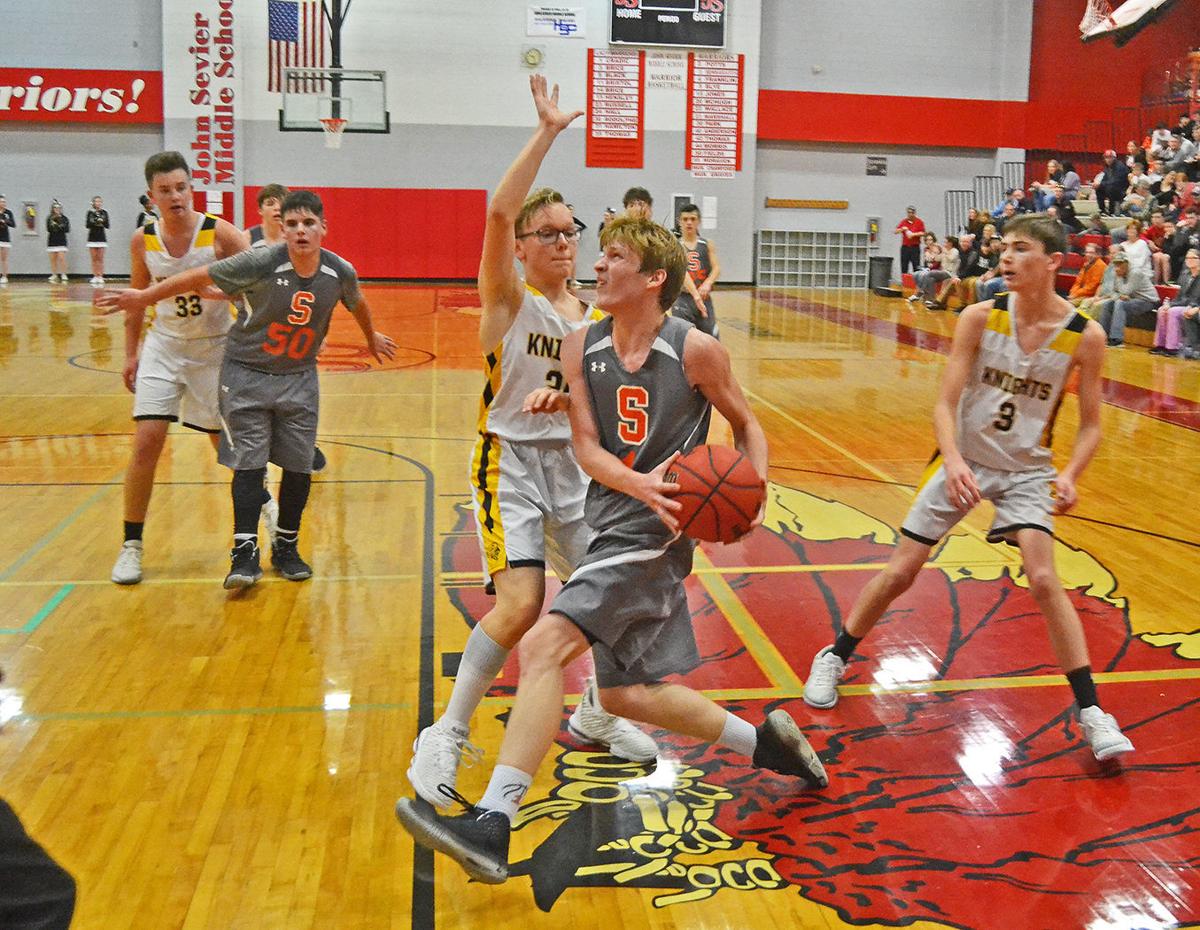 Surgoinsville’s Nolan Amyx shoots from outside.

KINGSPORT – Surgoinsville struggled offensively and against Gray’s size advantage, falling to the Knights, 46-35, Monday in the quarterfinals of the Section 1 Class A boys basketball tournament at John Sevier Middle School.

The teams traded baskets to start the game. Roman Borghetti-Metz scored on a fast-break to end a scoreless drought 1:37 into the contest. Brett Fields tied it with a drive 1:21 later.

It would be the Eagles’ last lead of the game.

Gray closed the quarter on an 8-1 run to take a 12-6 lead into the second. After the Knights opened an eight-point lead – 17-9 – on a coast-to-coast basket by their big man, Liam Strouth, the Eagles chipped away to close within three points three times in the second quarter, the last time on a put-back by Lucas Case which cut the Knights lead to 21-18 as time ran out in the half.

Logan Johnson’s free throw 50 seconds into the second half pulled the Eagles as close as they would get – 21-19 – but the Knights answered with a 6-0 spurt to jump back in front by eight, 27-19.

However, Luke Mussard and Mason Croley hit three-pointers in the final minute to push the Knights back in front, 35-28, heading into the fourth.

A Johnson put-back started the scoring in the final period and trimmed the lead to five, 35-30, but the Knights connected on another three, this time by Kaden Murphy, to push the lead back to eight.

The Eagles were unable to stop the Knights in the final four minutes to make a run as Gray finished the game on an 8-5 edge to keep the Eagles at bay.

Strouth scored 18 to lead the Knights, which also got 13 from Mussard and six from Fields and Murphy.

Johnson scored 15 to lead Surgoinsville. Case added 11, including 7-of-10 from the line. Clonce scored seven.