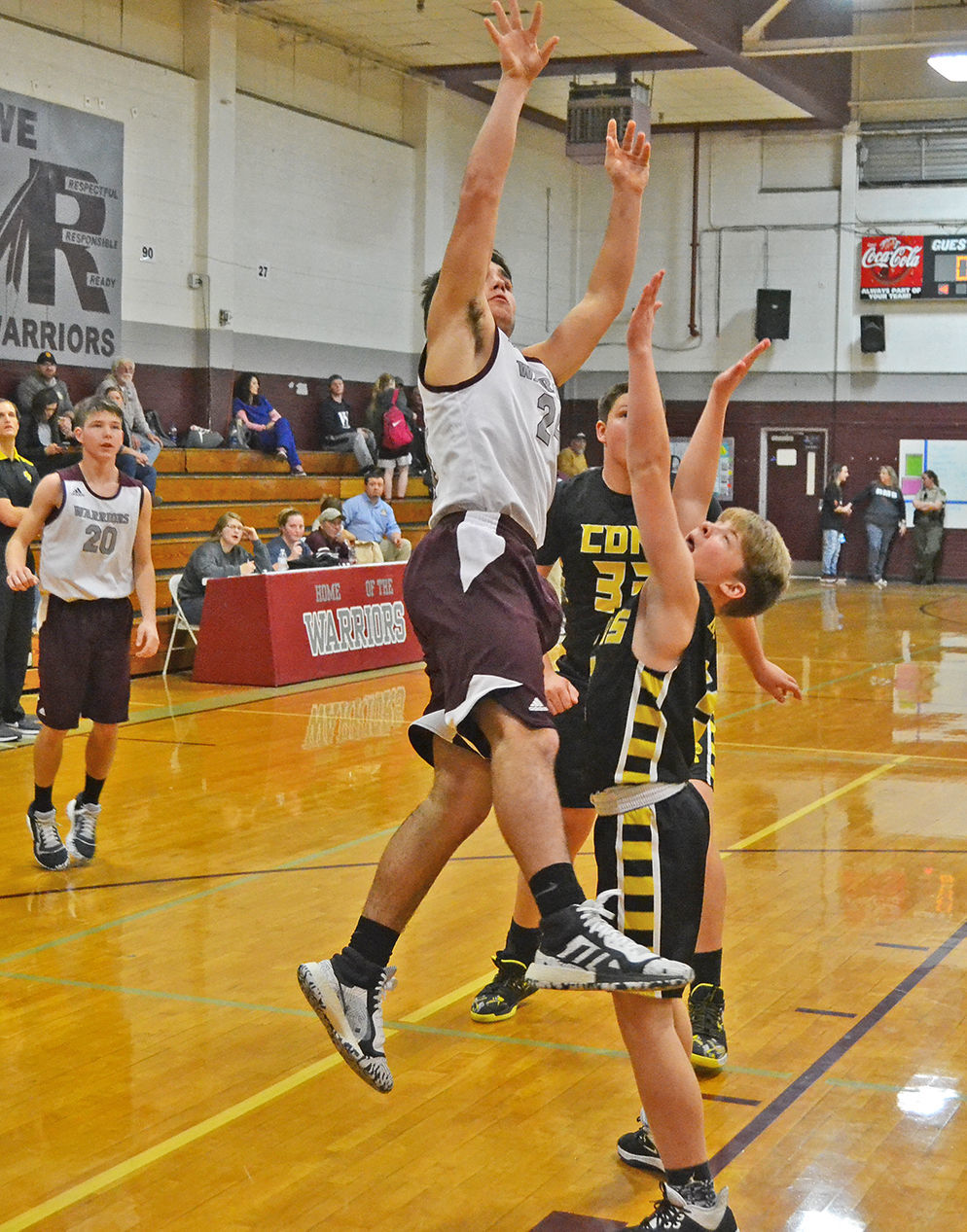 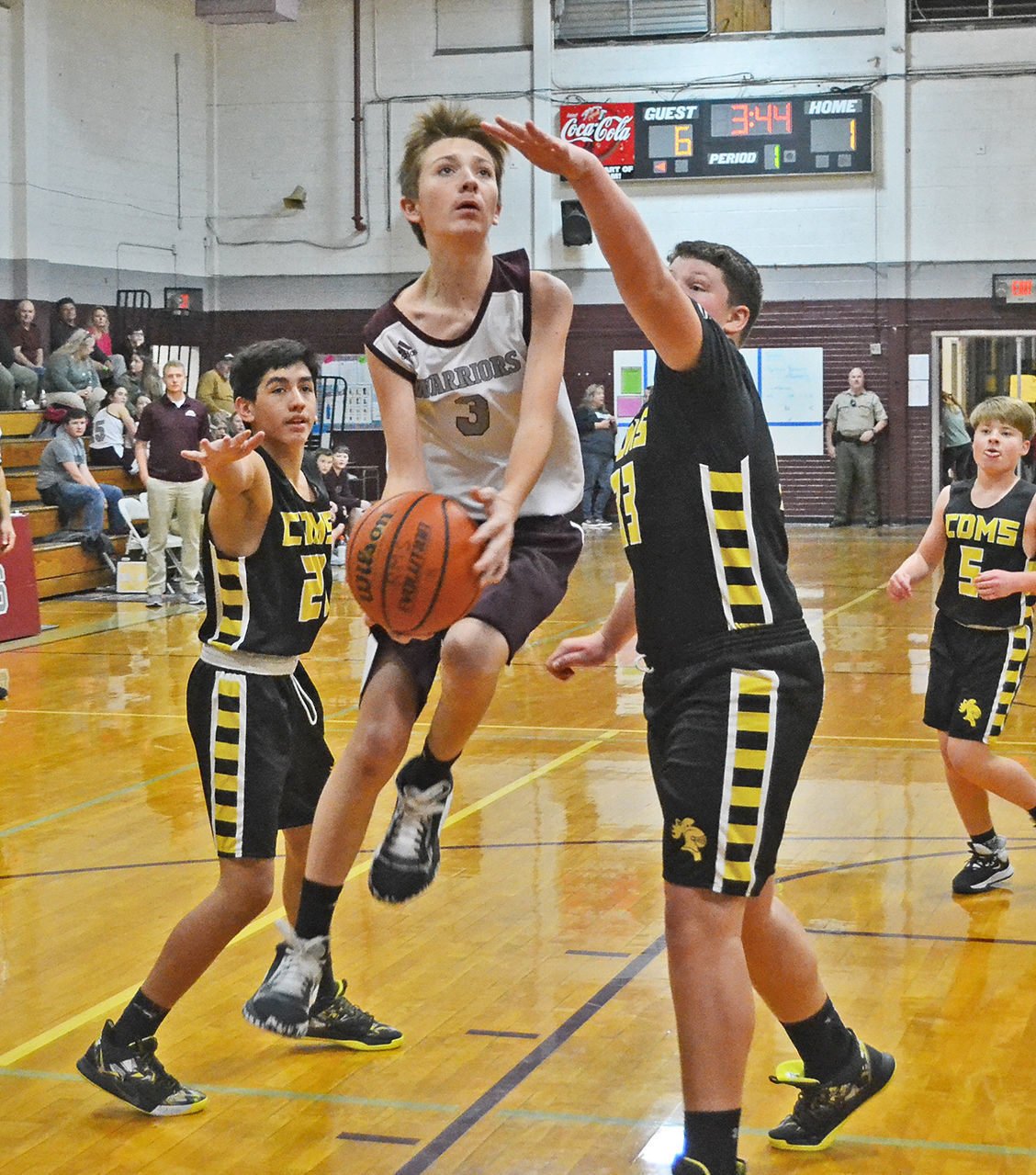 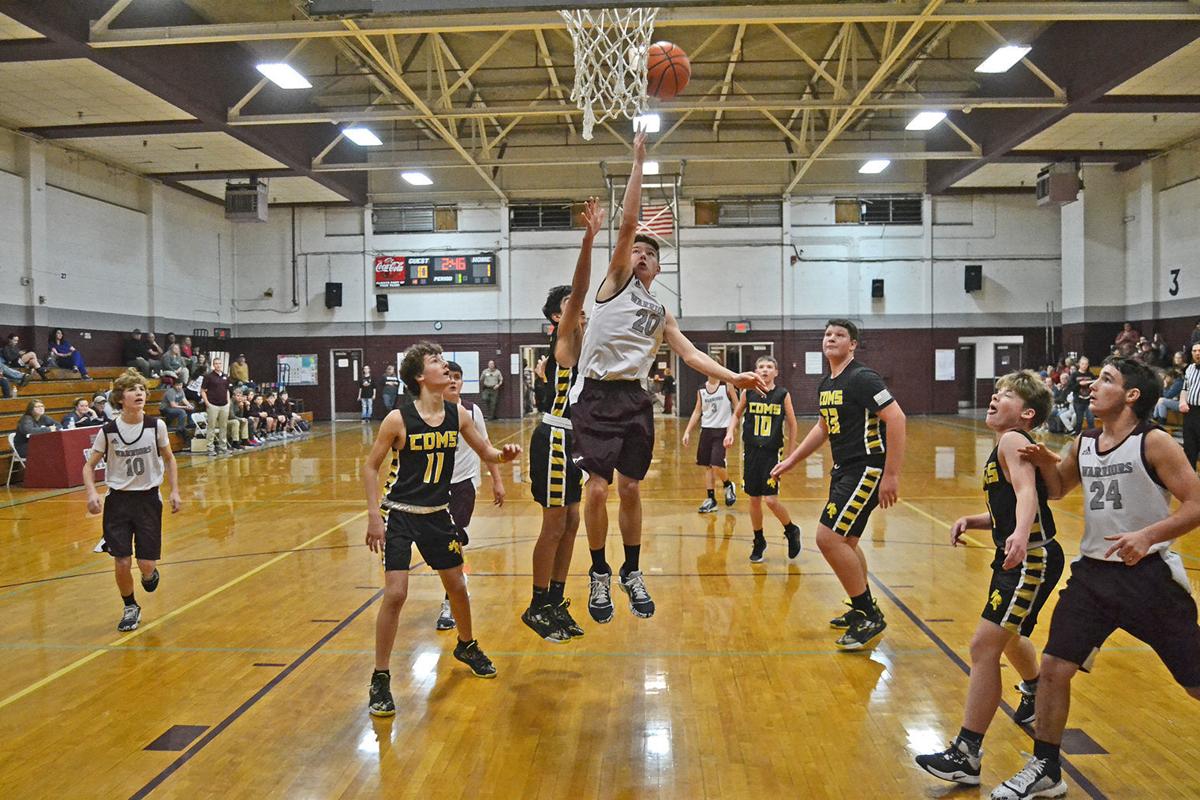 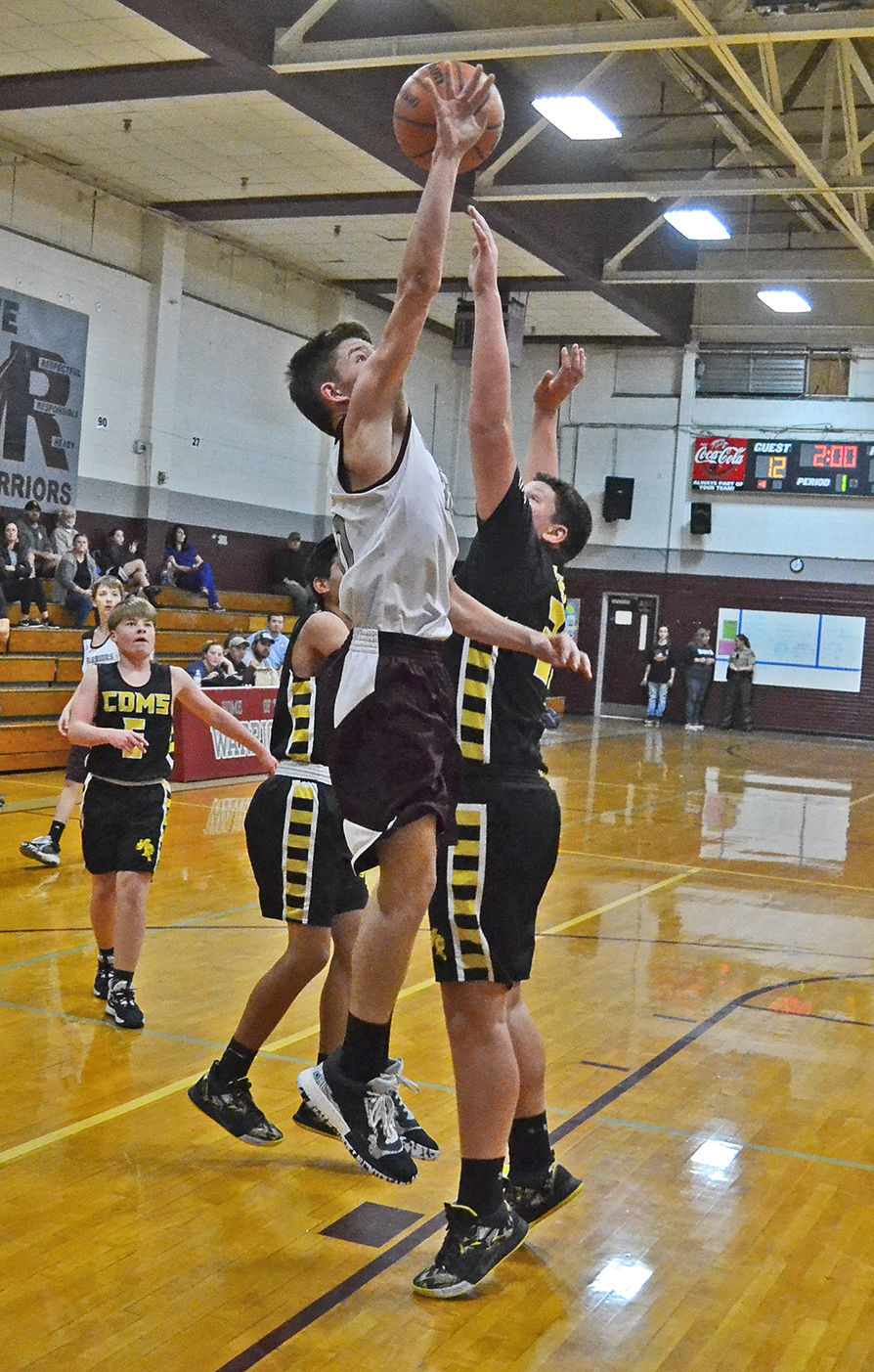 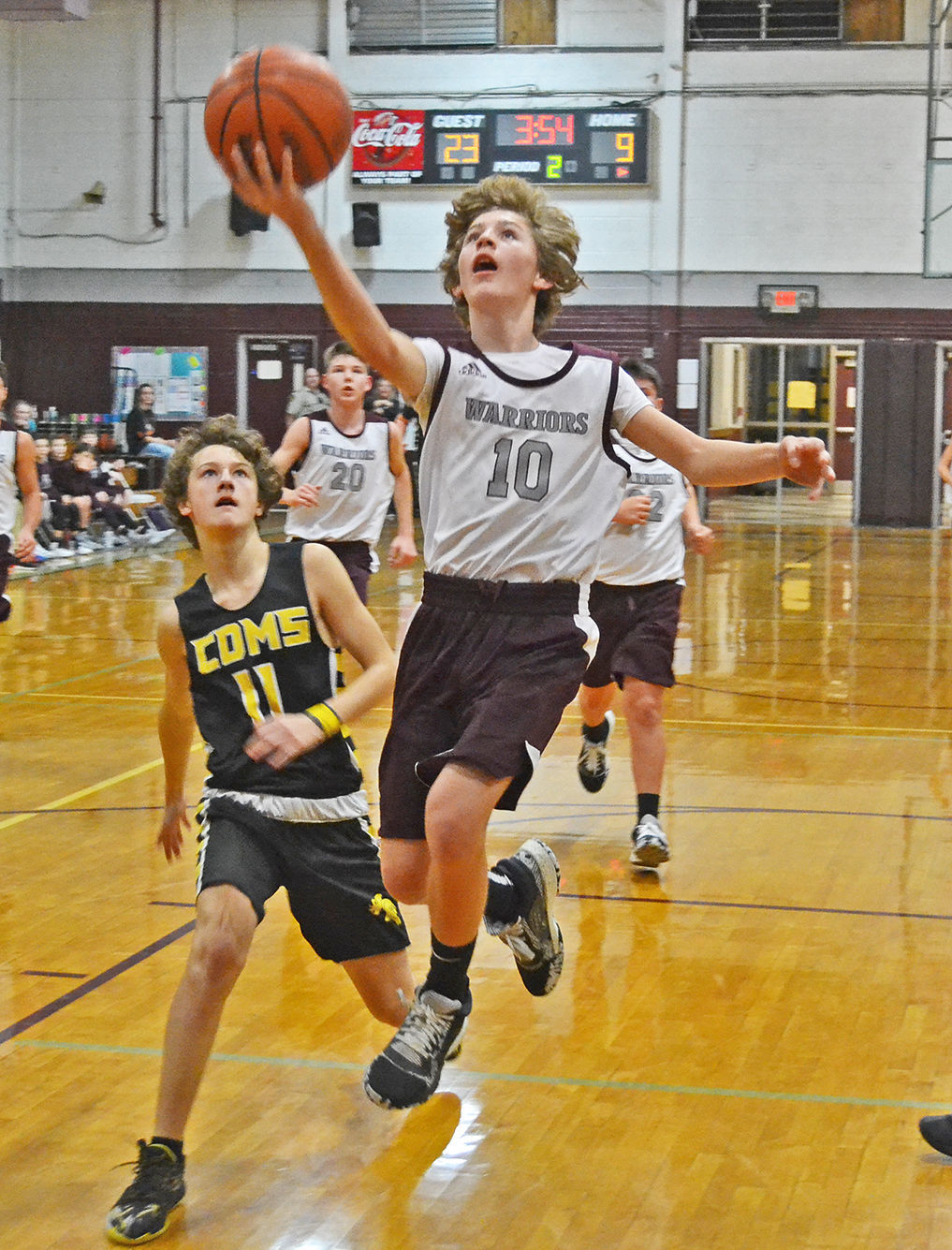 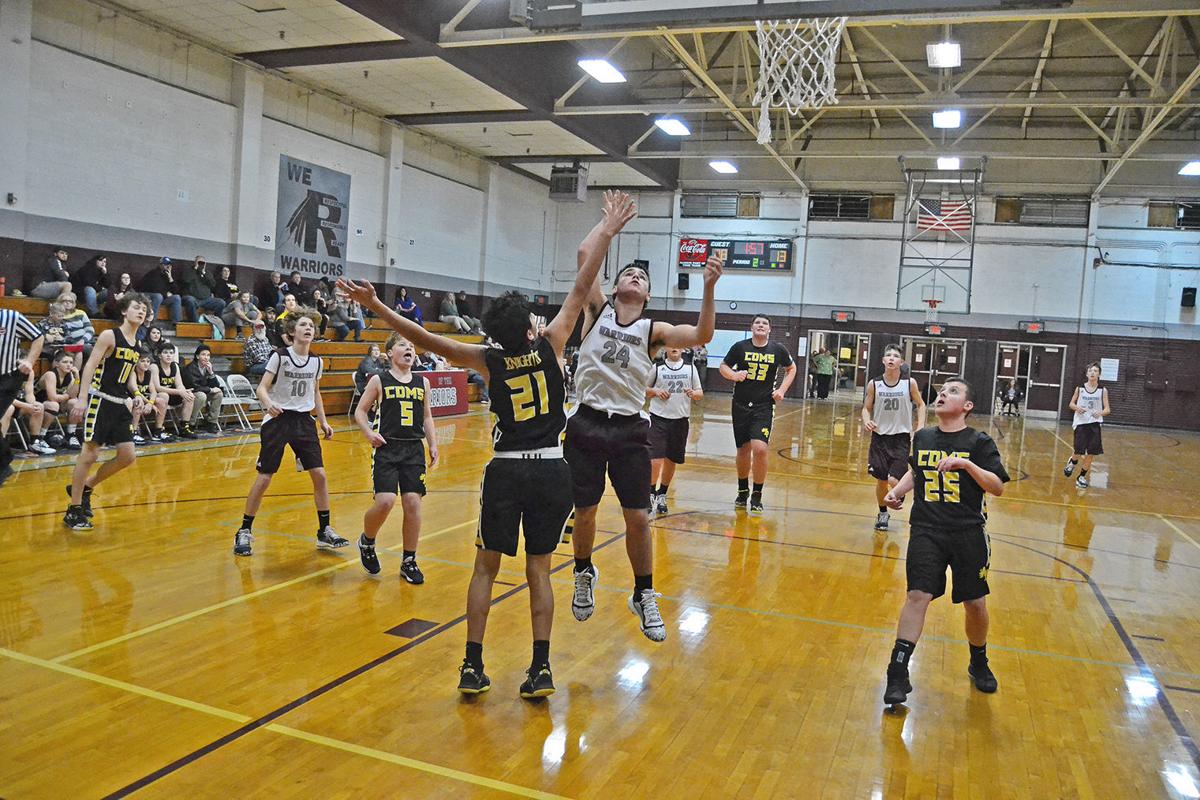 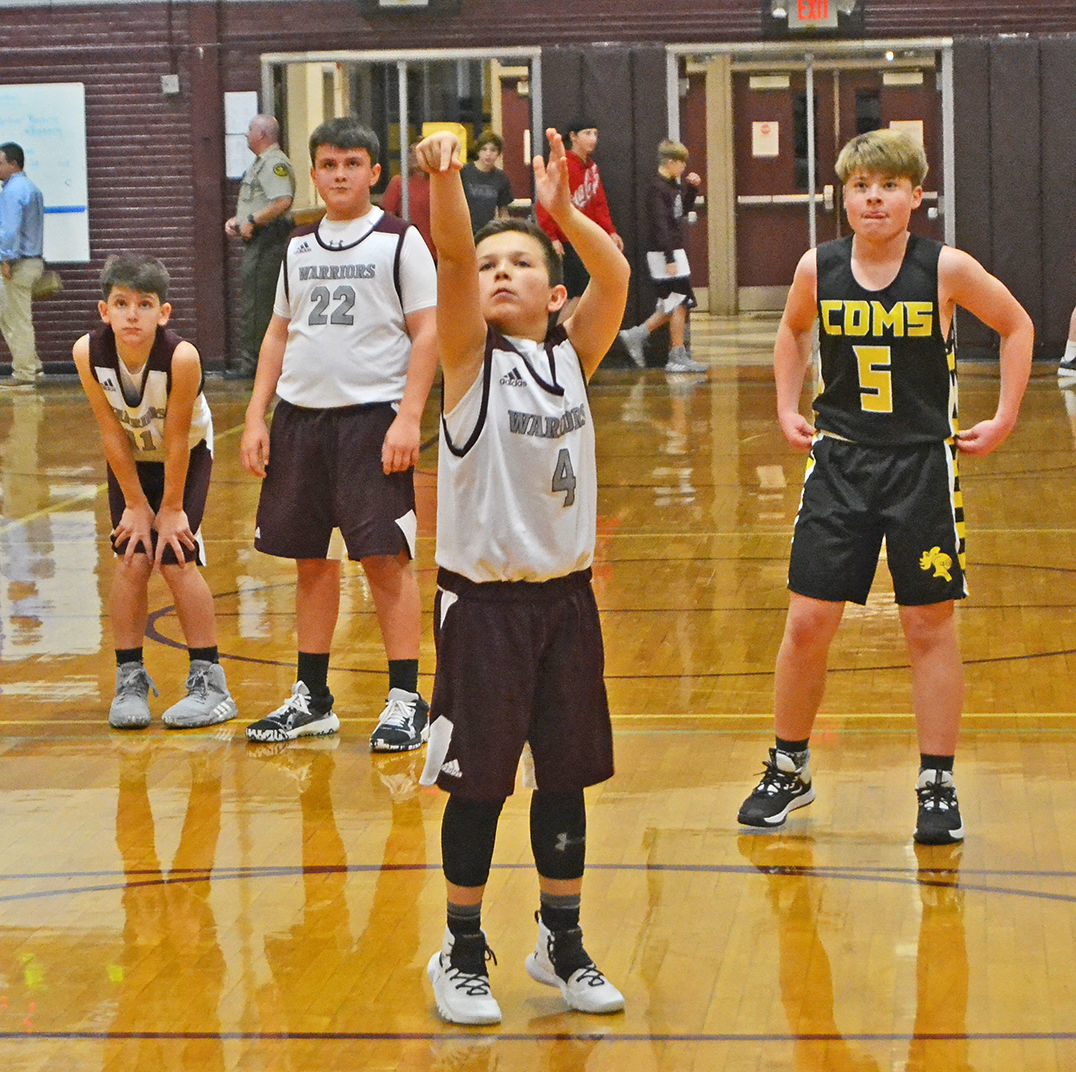 ROGERSVILLE – Chuckey-Doak built a 20-point first-half lead then coasted to a 58-29 win over Rogersville Middle School Thursday night at RMS.

The Knights jumped out to a 10-1 lead in the first two and a half minutes. H.L. Charles and Kalija Sexton scored four points each as RMS closed to within 16-7 after one period.

Knights big man Christian Derry, who scored six points in the first quarter, added eight more in the second, while teammate Brock Rush went 6-for-6 from the foul line in the second as C-D forced numerous RMS turnovers and built a 34-14 lead.

Chuckey-Doak kept the pressure on in the third quarter, converting numerous turnovers into easy baskets, taking the period, 19-6, to take a 53-20 advantage into the fourth quarter.

The Warriors outscored the Knights, 9-6, in the fourth, but it was too little, too late.

Isaiah Treadway led the Knights with 17, while Derry added 16.