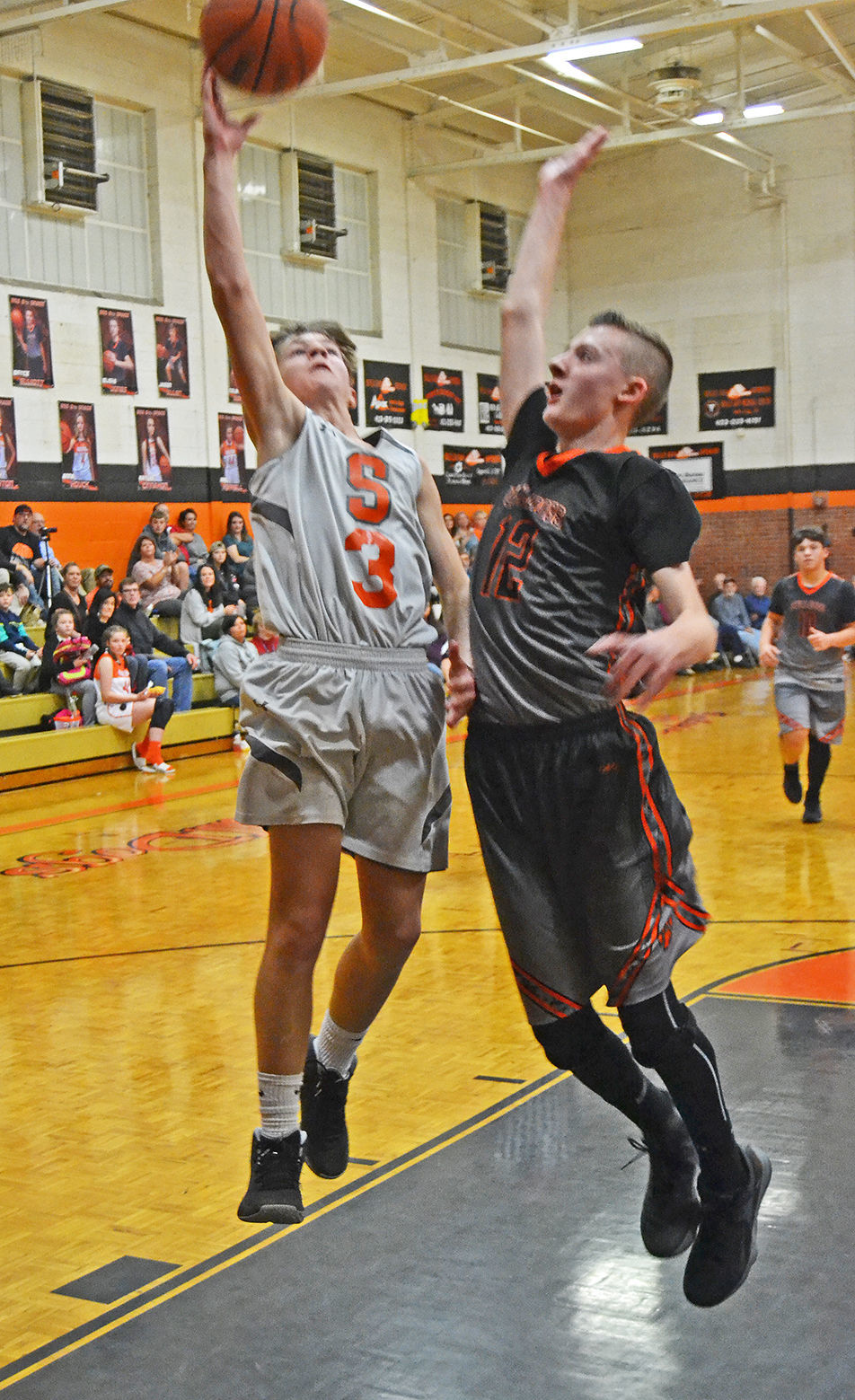 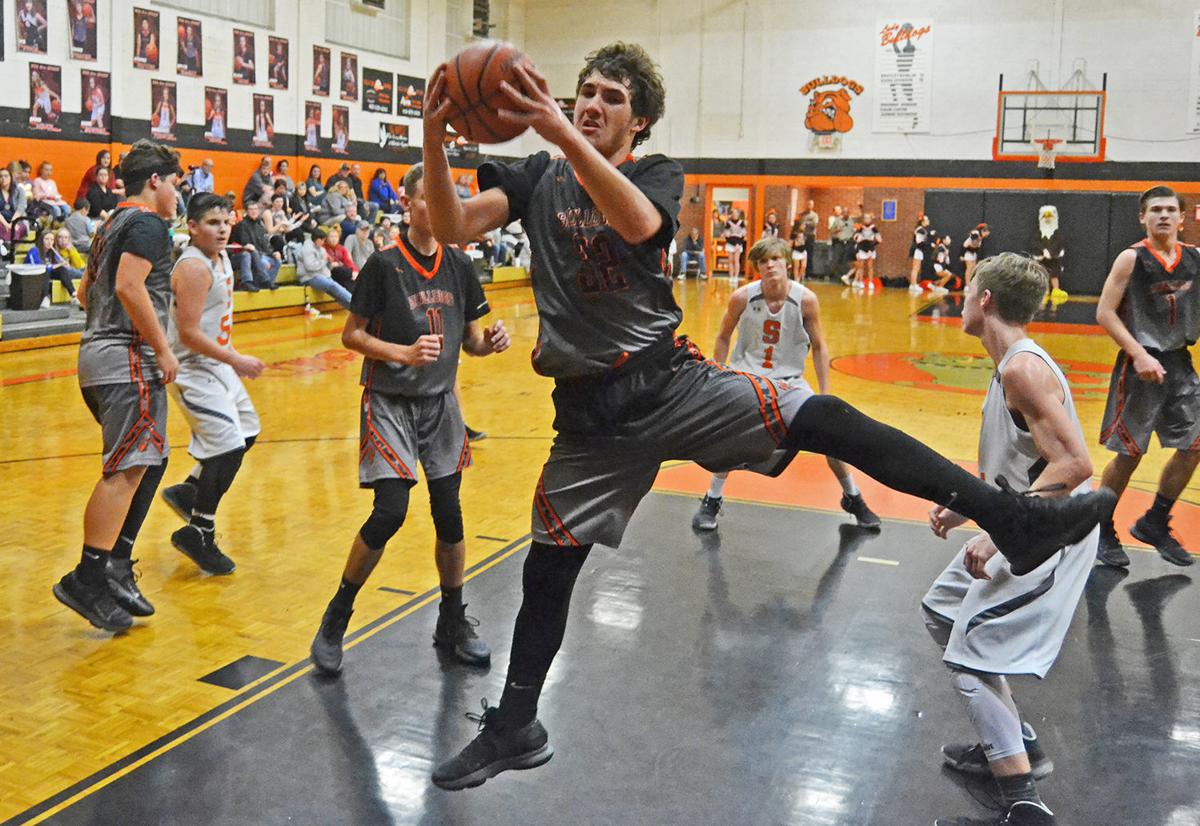 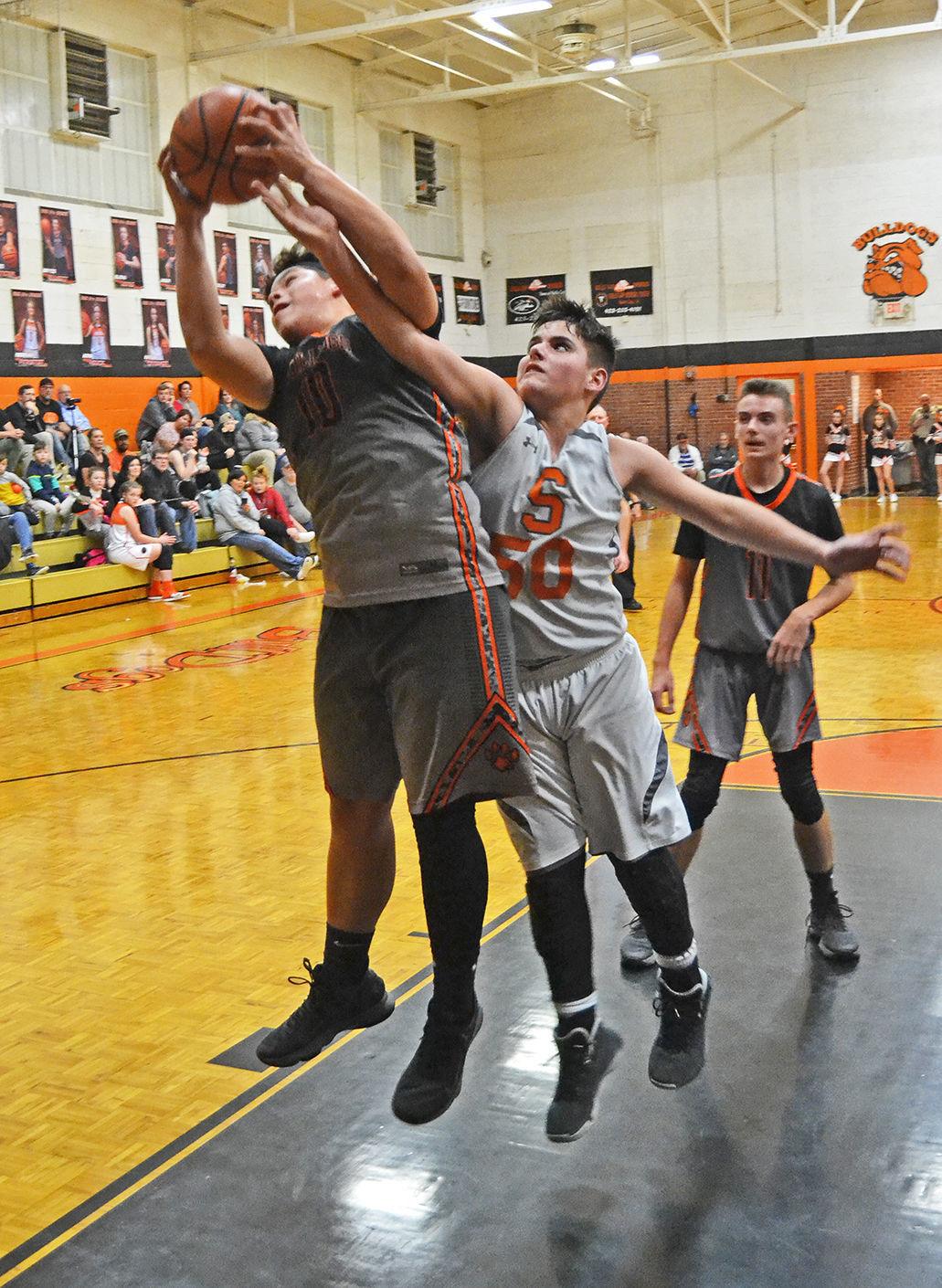 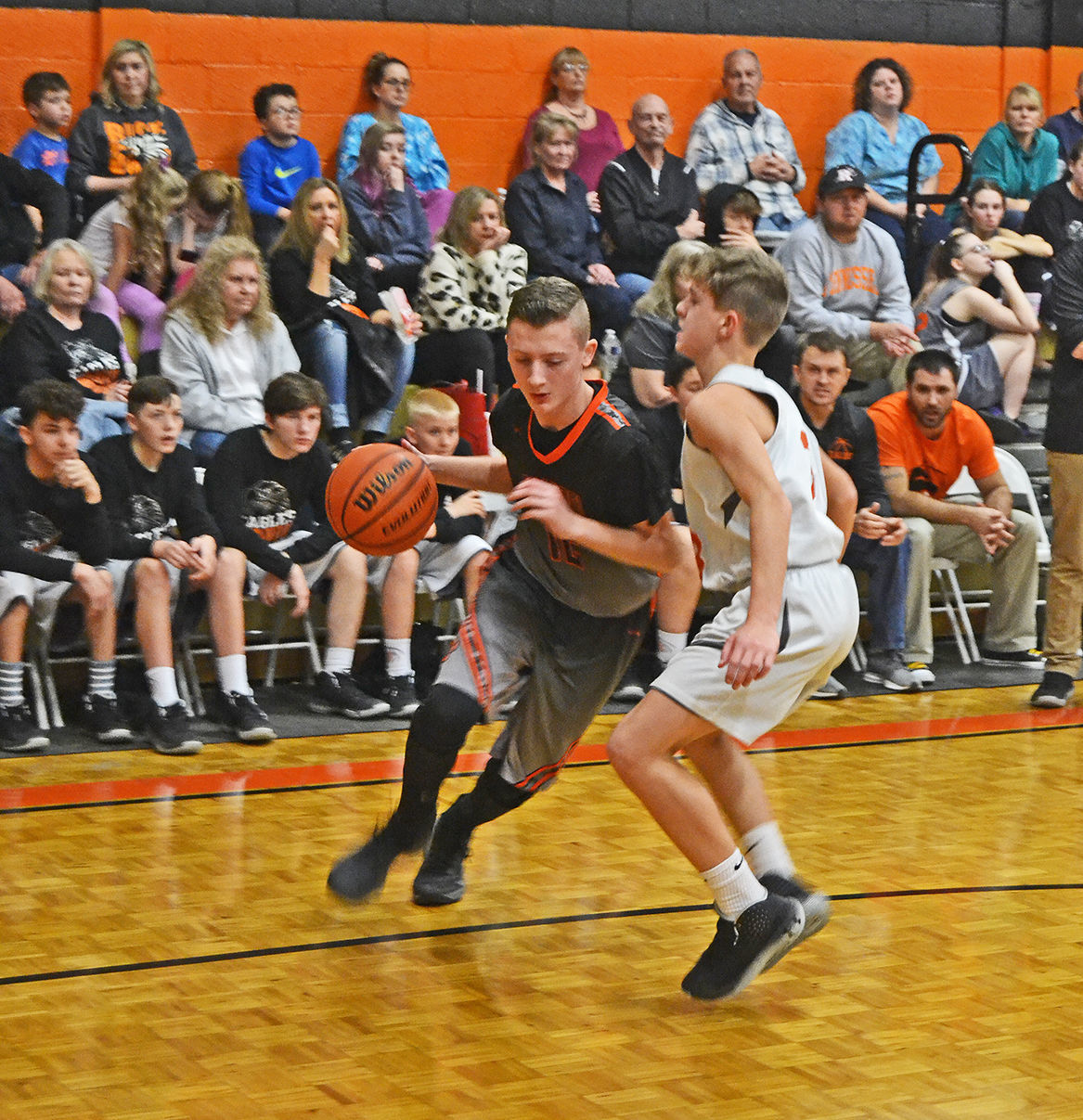 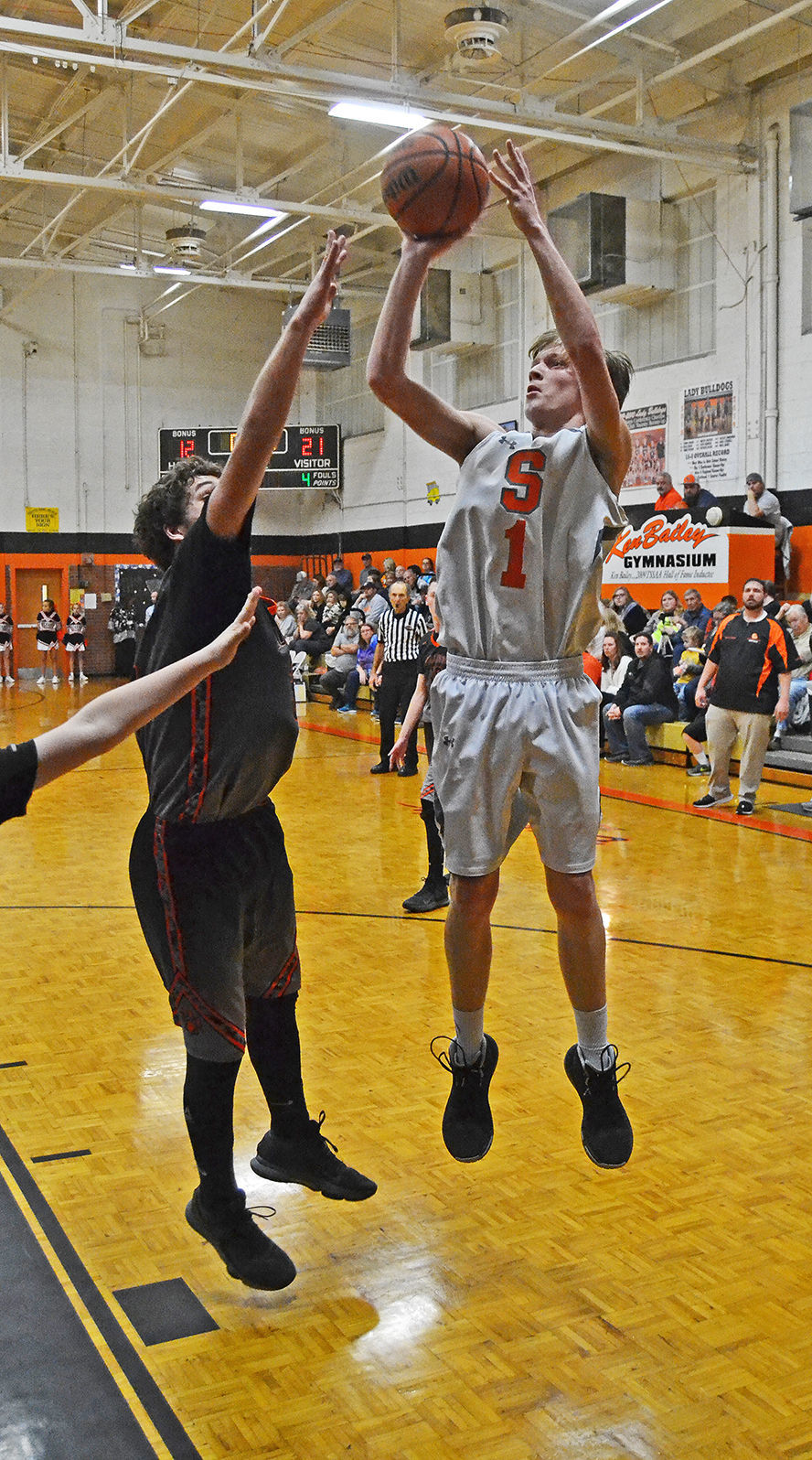 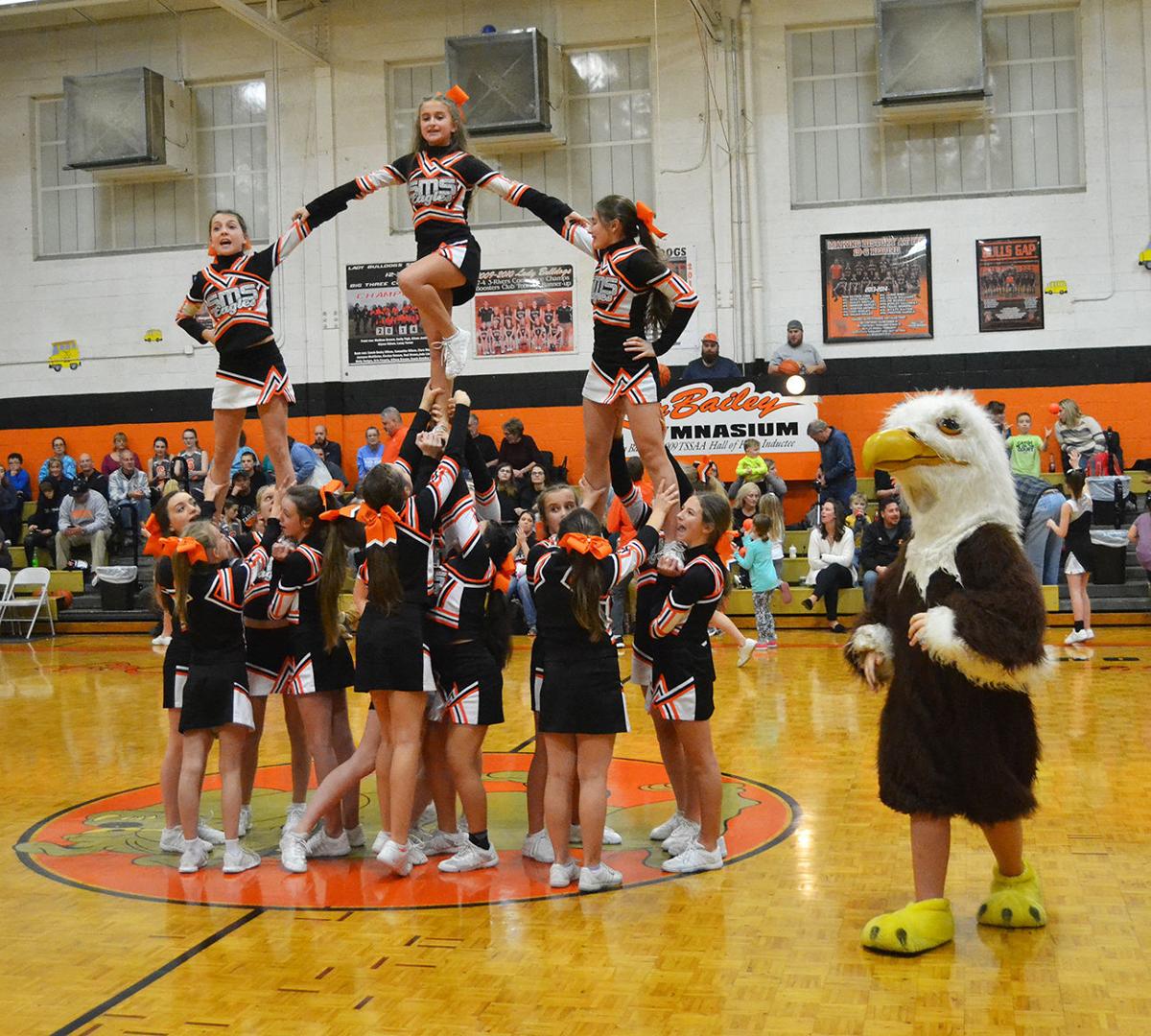 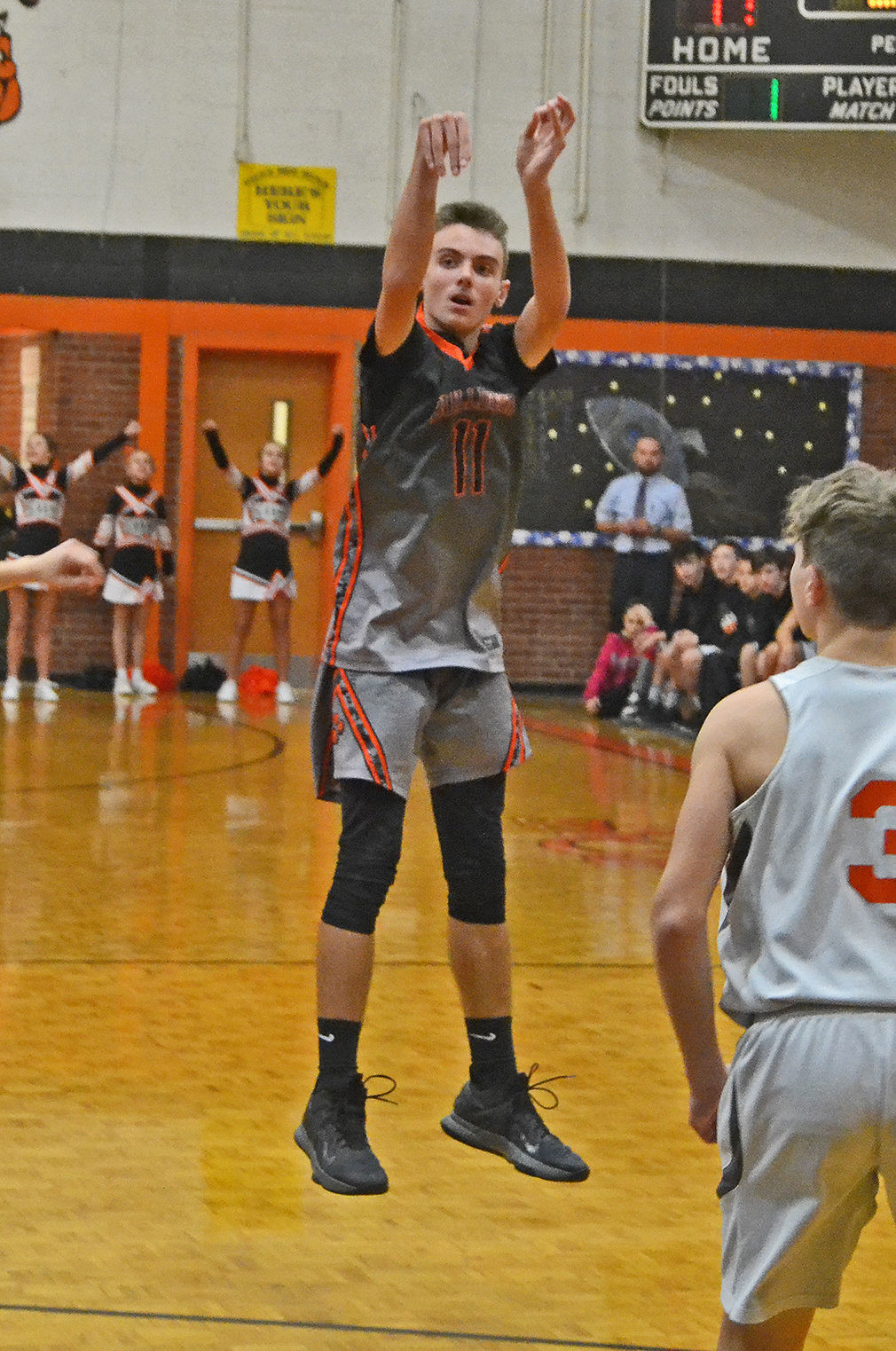 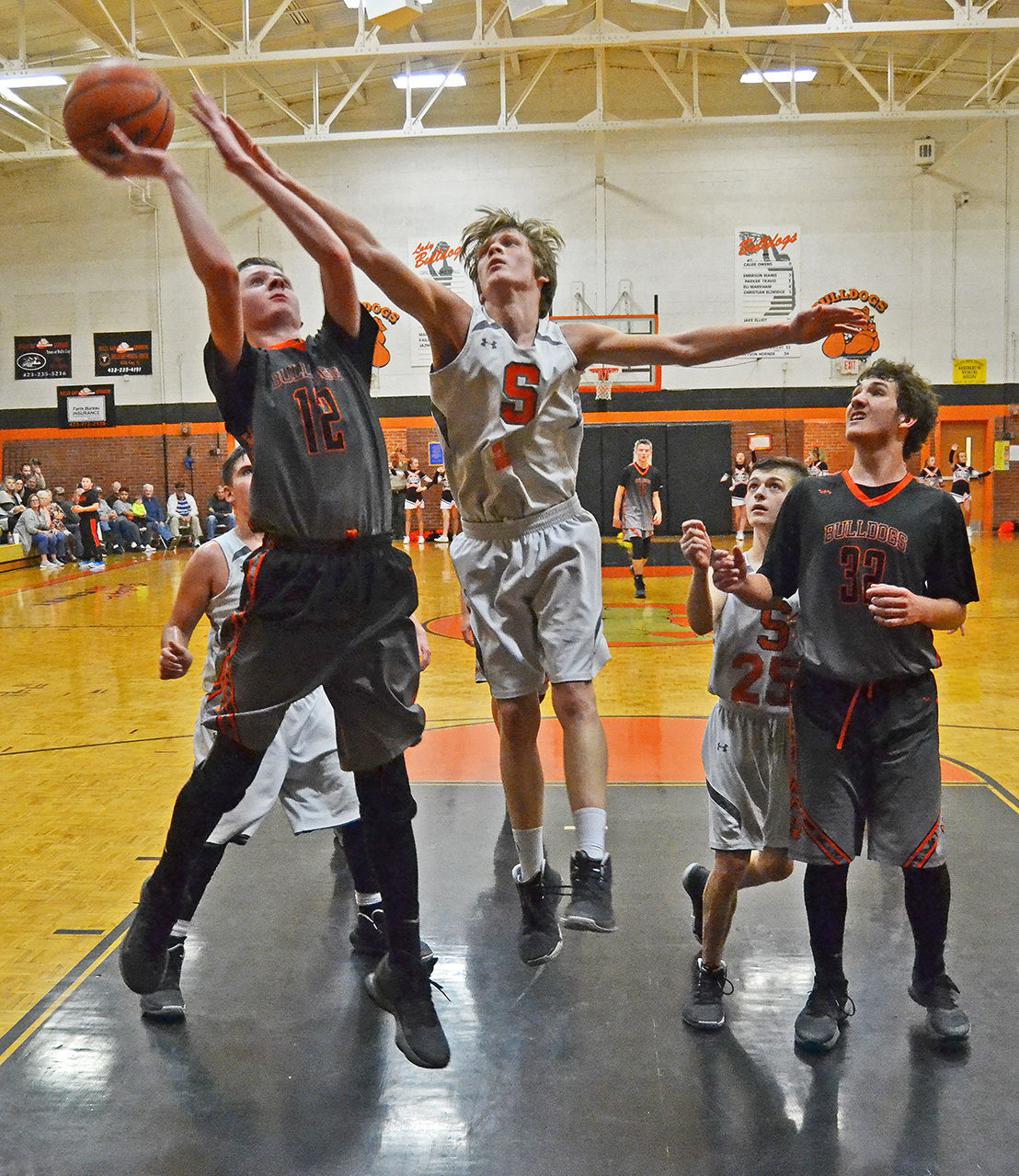 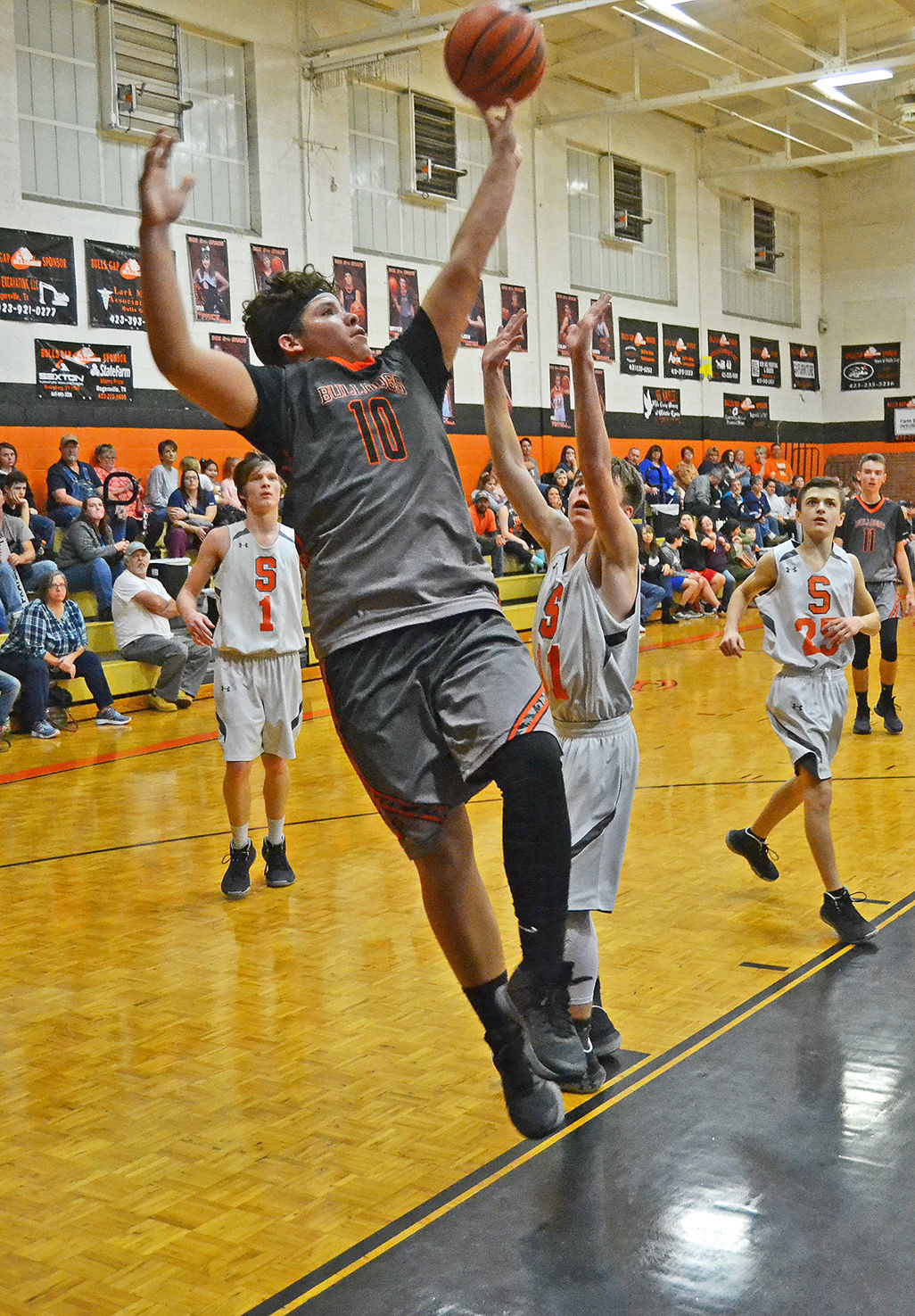 Bulls Gap’s Andres Moncier (10) goes up for a shot.

Bulls Gap’s Andres Moncier (10) goes up for a shot.

Eli Amyx was big for the visiting Eagles, hitting two 3-pointers to help SMS jump out to an 8-0 lead.

He added another two baskets, one his third three, as he scored 11 of the Eagles’ first 14 points in taking a 14-8 lead into the second period.

Amyx added another two baskets in the second quarter, including his fourth three-pointer of the game, as Surgoinsville took a 23-14 lead into halftime.

The Bulldogs were flat in the third and the Eagles took advantage, extending their lead to 15, 34-19 heading into the fourth.

The ‘Dawgs cut five points off the lead at the start of the final stanza as Bryce Elliott hit a three and Andres Moncier scored on a drive.

Elliott and Moncier each scored eight in the fourth quarter as the Bulldogs outscored the Eagles, 18-10, to close the gap to seven, but were unable to get closer.

Amyx led all scorers with 23, including four 3-pointers and 5-of-8 from the foul line in the fourth. Logan Johnson added 14 for the Eagles.

Matt LaFleur: ‘There was never a doubt’ about keeping Mike Pettine as Packers’ defensive coordinator

Elliott, Moncier and Elisha Jones combined to score all of Bulls Gap’s 37 points. Elliott led with 15, including three 3-pointers. Jones scored 12, including two from beyond the arc, and Moncier scored 10, including 4-of-6 from the free throw line.

Playing without Anna Houck and Kasie Bowman, both out with sickness, the Lady Bulldogs fell behind 7-4 in the opening quarter, only to come roaring back with a 12-1 second period for a 16-8 halftime lead.

The Lady ‘Dawgs kept the pressure on in the second half, outscoring the Lady Eagles, 16-5, in the third as Houck scored 10 of her 22 points, and 8-4 in the fourth, as Houck scored another half-dozen.